Sharp shooters trapped in corners and other closed environments won’t need to engage in blind fire to save their ass anymore. The Corner Shot sports a hinged frame that extends the grenade launcher barrel horizontally at a 60-degree angle, along with a digital camera under the barrel and a video screen that provides sneak-peak viewing and accurate targeting. It’s capable of firing single 60mm rounds, tear gas, and less- and non-lethal explosives, and has a target range of 150 meters as well. Why didn’t anyone think of this before? 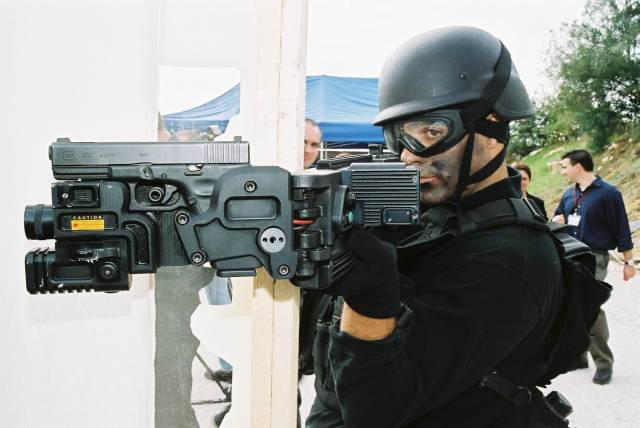 Remember the movie Predator? Remember how the Predator was able to use invisible stealth technology to blend into the jungle environment around him, and how when he moved it looked like the jungle itself was moving? Well, that technology is now in the advanced stages of development by the U.S. military. Called Quantum Stealth, this technology camouflages people by bending light around the object it is hiding. And the result is that people and objects literally turn invisible to the naked eye. The images of Quantum Stealth available on the Internet are downright freaky. The hope is that the invisible cloaks provided by the Quantum Stealth technology will enable soldiers to infiltrate enemy territory without being detected, as well as launch surprise attacks and carry out assassinations. Sounds pretty farfetched, but the future is here and this technology is real. 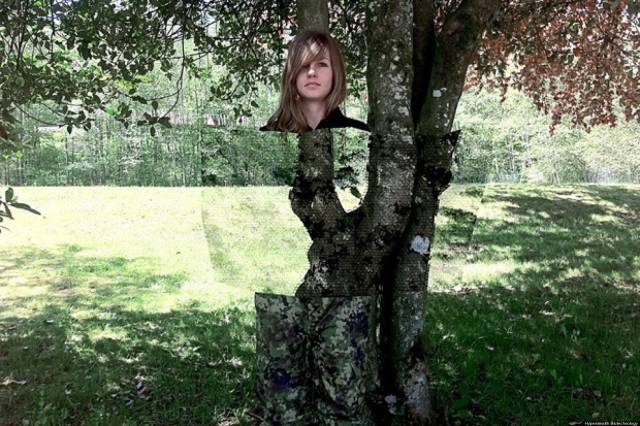 Specifically designed for urban warfare, the Matador was built to destroy brick walls and vehicle armor. It uses a warhead with minimum blast back that works best in confined and indoor settings, and features a switch that alters the time intervals between the two detonation charges contained in the projectile. There are two firing modes. Short Interval Mode sets off the second detonation immediately after the first to create a passageway through a wall and Blast Mode can trigger the second explosion inside a building after the first breaks through the wall by increasing the time intervals between both detonations. 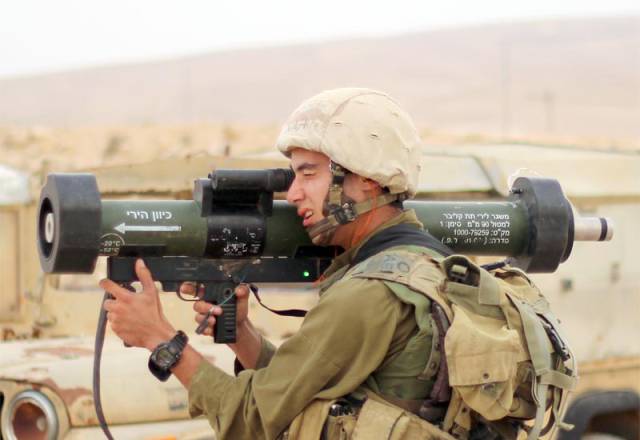 Developed by the U.S. Department of Defense, the Personnel Halting and Stimulation Response Rifle (PHASR) is a non-lethal weapon designed to disorient and stun enemies rather than kill them. A light-based gun, the PHASR has been designed for use by both soldiers and U.S. law enforcement officials (police). The gun temporarily blinds enemies with focused laser beams. The laser lights, which operate at alternating wavelengths, serve to disorient people who look at them, rendering them unable to stand let alone fight. The good news is that the laser light used in this weapon does not inflict any permanent damage to people’s eyesight. 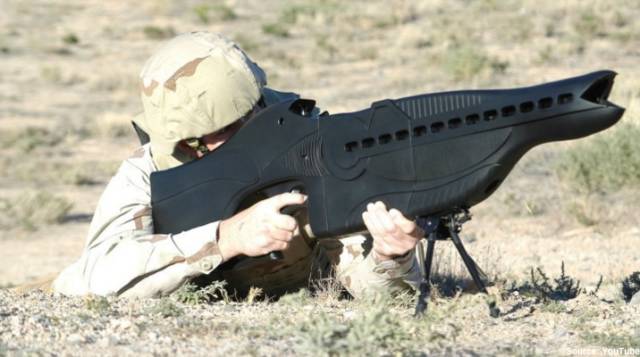 Another non-lethal weapon developed to help disperse crowds, the Active Denial System transmits an invisible electromagnetic radiation beam that creates a burning sensation on people’s skin—sending them running. Called the “goodbye effect” by senior military officials and a “heat ray” by scientists, the Active Denial System can heat up water molecules on a person’s skin to 130 degrees Fahrenheit from a distance of 500 yards. Controversial in some circles and dubbed a form of torture by some people, the Active Denial System has proven extremely effective. Security experts expect that the system will eventually be used alongside other non-lethal crowd control methods such as tear gas, water cannons and rubber bullets. 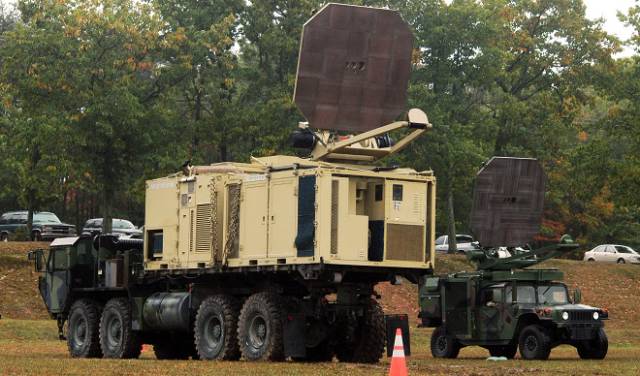 The Armatix Digital Revolver looks like something out of a science fiction movie, and a version of it was featured in a recent James Bond film. This futuristic pistol has a digital safety mechanism that can only be disabled if the operator is also wearing a special wristwatch that sends the unlock signal to the gun. The wristwatch itself only becomes active once the user unlocks it with their fingerprint. This means that the gun can only be fired by the owner—preventing the gun from being used by people who may steal it. It also means that the revolver cannot be used against its owner. Many gun experts claim that this approach is the way of the future and a great means of ensuring gun safety. How widespread this digital revolver gets used remains to be seen. 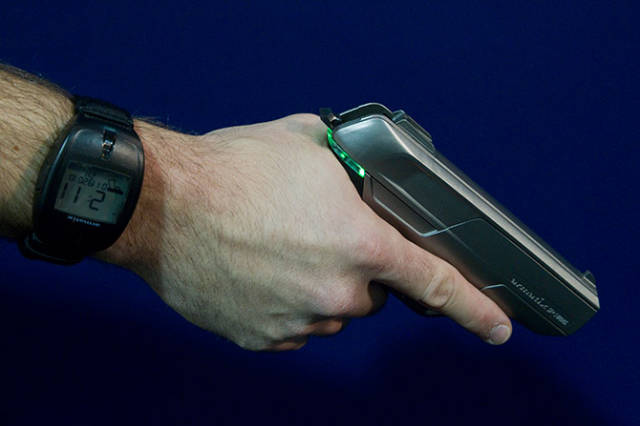 The programmable grenade launcher carries four tiny warheads and can fire 25mm. shells up to 2,300 feet (almost half a mile). But the X25’s slickest feature is the ability to program the shell to explode at any given point. It also sports different sight, sensor, and laser functions, as well as a short barrel that’s “the size of a cannon”. No wonder soilders refer to it as “The Punisher”. 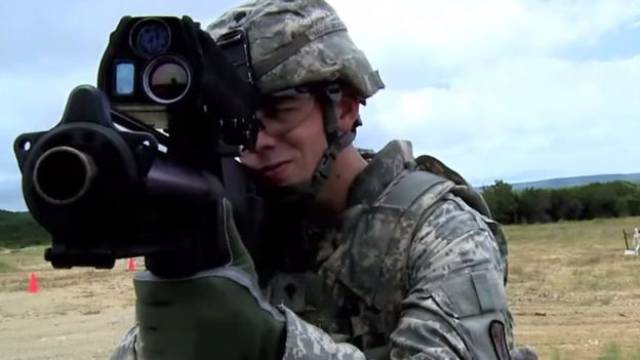 With the help of several universities and high-tech companies, the U.S. Special Operations Command has developed a Tactical Assault Light Operator Suit (TALOS) for soldiers to wear in combat. It is essentially a robotic exoskeleton that soldiers wear when fighting in a combat zone. It enables soldiers to withstand bullets and fire, monitor their vital signs, and see in the dark. The Pentagon has dubbed the project the “Iron Man Suit.” There are even reports that the next generation combat suit will be made of liquid metal that can solidify into an impenetrable suit on command. The suits are also expected to increase each soldier’s strength and do pretty much everything but fly. Several prototypes of the suit have been developed, and a first-generation of the suit is expected to be operational with American soldiers in 2018. 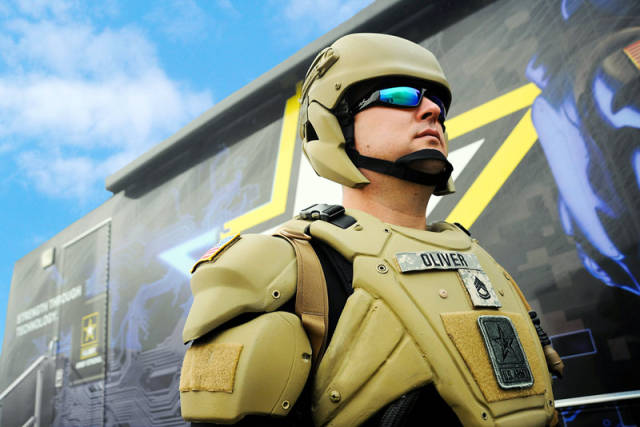 Technologically, a bullet is pretty boring. It’s just a slug of metal that flies through the air at high speeds and hopefully kills somebody. Leave it to DARPA to try to jazz up simple munitions by making them able to adjust their course in mid-air. The agency’s Exacto program has constructed .50 caliber shells with inbound computer guidance systems that manipulate small fins on the bullet’s surface that allow it to make course corrections during flight to take environmental factors into account. They even work to home in on moving targets, which is pretty scary to see in action. 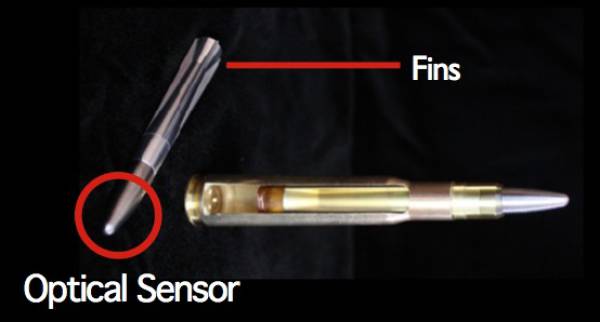 One of the tiniest robots in development — about the size of a fingertip — the Meshworm moves and acts like a small earthworm. It propels itself inch by inch, using artificial muscles that mimic the way an earthworm moves, by stretching one part of itself forward, then pulling the rest of its body along behind it.

The Meshworm can move silently into the tiniest places to report back data, such as temperatures inside a confined space. It can also record audio and maybe even video in future versions. Made entirely of synthetic fibrous material, it’s nearly indestructible. You can step on it or hit it with a hammer and it will keep going because the fibers are not damaged by impact.