Some of the prisons on this list are scary because of the iron hand that the guards rule with. Others are scary because the guards have no control and the inmates are in charge. A good example of that second category is La Sabaneta, one of many underfunded, overcrowded prisons in Venezuela's penal system. Located in the state of Zulia, La Sabaneta has long been a lawless zone where gangs of convicts battle with sharpened pieces of metal for control of cell blocks. The structure was intended to hold under 800 inmates but currently holds nearly 4,000, including almost 200 children who live there with their criminal parents. When gang wars break out, the carnage is unimaginable. On the rare occasions the authorities get called in to restore order, they usually do it with indiscriminate machine gun fire. 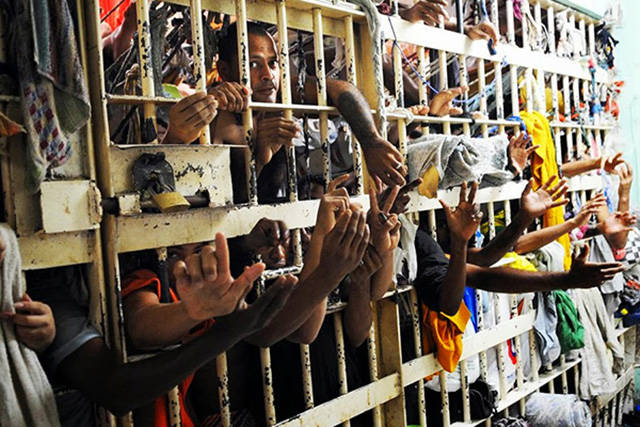 The prisons of Africa are notorious for insanely bad conditions, but none is quite as nightmarish as Equatorial Guinea's Black Beach. Named for the lava rocks that make up the island of Bioko that it's nestled on, this tiny prison is home to some of the country's most reviled political prisoners, including the architects of the failed 2004 coup d'etat. Prisoners here have no civil rights -- guards break the jaws of inmates who speak out of turn, and viciously torture others for no reason at all. Food is in scarce supply, with most inmates getting a single roll of bread a day. It's especially bad for foreigners, who are kept shackled in their cells for 24 hours a day and not permitted any visitors. 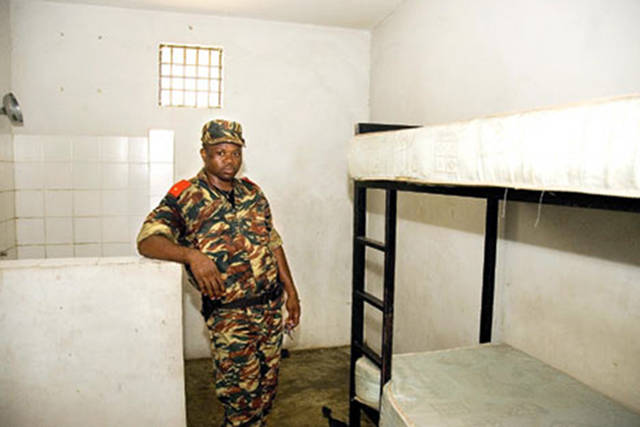 Russian criminals have a reputation around the world for being totally fearless and insanely violent. So what are things like inside a prison that holds the worst of the worst? Welcome to Penal Colony 56, also known as Black Eagle. In this maximum security facility located in the northern Ural mountains, every single one of the 260 inmates was serving a life sentence. Child murderers, terrorists, contract killers, serial rapists and more fill the cells in this insanely strict facility. Inmates are kept alone in their rooms for 23 hours a day and can go to "the yard" -- a concrete room with no ceiling -- either alone or in pairs for the remaining hour. There is no sewage system and in winter the entire area disappears under ten feet of snow with -45C temperatures. A third of the inmates go insane from the deprivation. 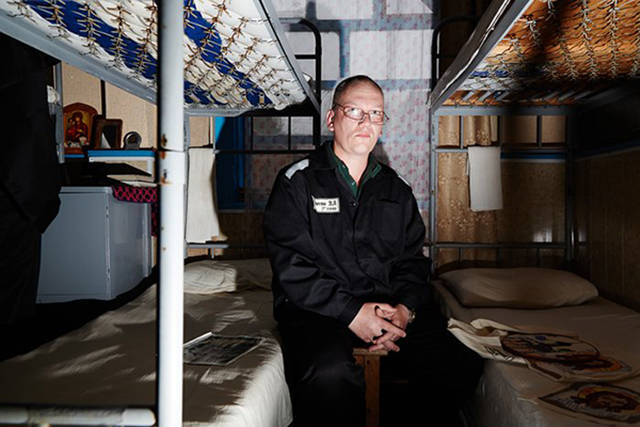 The rise of Turkey's authoritarian government has human rights observers justifiably concerned, but it's not like cracking down hard on citizens is a new thing there. The notorious Diyarbakır Prison was the dumping ground for dissidents after the 1980 military coup, and inmates reported all kinds of horrors went on behind its concrete walls. Under the supervision of the sadistic Captain Esat Oktay Yıldıran, new prisoners were savagely beaten and then forced to stew in a vat of human excrement for hours. Yıldıran's German Shepherd was trained to bite inmates in the groin if they didn't salute him. Salute the dog, that is. That's just the tip of the iceberg when it comes to the sadistic tortures that were meted out on the unlucky Turks who lived behind the walls. 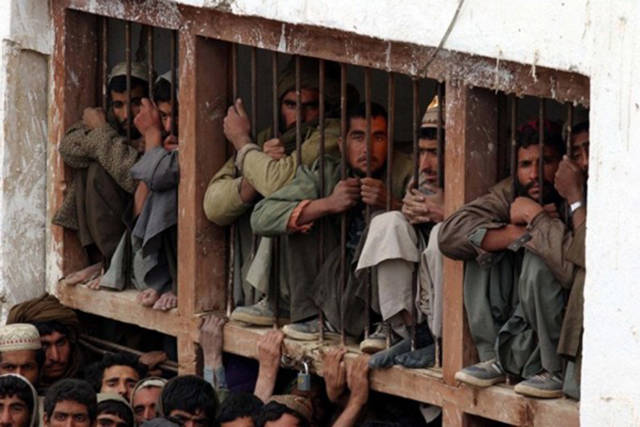 Considered by many to be the most dangerous penal institution on Earth, Nairobi's Kamiti maximum security prison is hideously overpopulated, anarchic and infested with disease. There is no running water, meaning prisoners need to haul buckets from a well to drink or wash. The worst part of Kamiti is the condemned "G Block," a lawless hellhole for death row prisoners where gangs of rapists prowl the hallways. Each room holds 4 beds, but is shared by as many as 14 men. Many former prisoners report being anally violated within hours on their first day, and new meat is often bought and sold by the dominant gangs. The lack of water makes infections absurdly common, and diseases like tuberculosis spread rapidly with no medical intervention from prison staff. 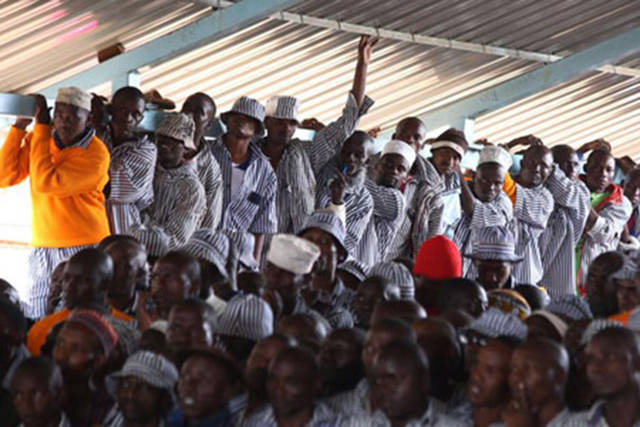 Most of the prisons on this list are located in countries that are -- how do we put this politely -- pretty screwed up? It's not surprising that brutal authoritarian regimes lead to equally brutal incarcerations. So how to explain La Sante, located in classically liberal and enlightened France? La Sante prison was opened in Paris in 1867 and operated continuously for over a century and a half, getting more and more crowded and unsanitary. By 2000, the prison was cramming four people into each metal cell, where temperatures could routinely break 100 degrees. The walls were honeycombed with cracks through which ravenous rats would travel, and violence between inmates was a regular thing. Conditions were so deplorable that over a hundred prisoners committed suicide every year through intense means like swallowing forks or drain cleaner. La Sante was closed in 2014 for renovations and hopefully will shed its horrific past. 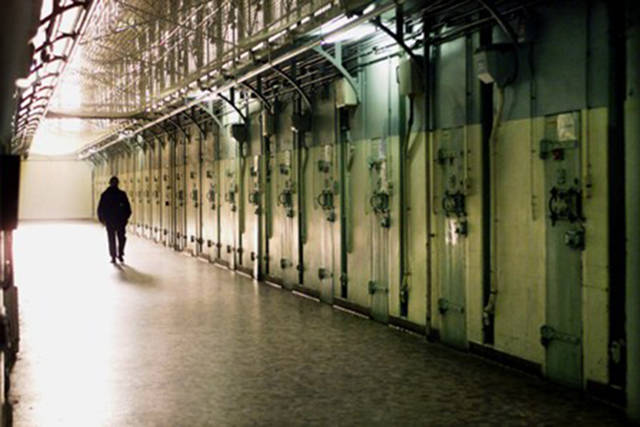 El Salvador's most famous criminal organization is MS-13, the sprawling network of drugs and violence that started with immigrants in Los Angeles and spread all over the Western hemisphere. If you're a member of MS-13 in El Salvador and you get arrested, hope to high heaven that you wind up in Penas Ciudad Barrios. Located in San Salvador, the population inside is entirely gang members, who run the prison like a city. A regiment of soldiers is positioned outside the prison walls to ensure that the maximum security inmates don't get any ideas, but inside it's a criminal free-for-all. There are no guards -- all rules and laws come from MS-13 leadership, not the government. 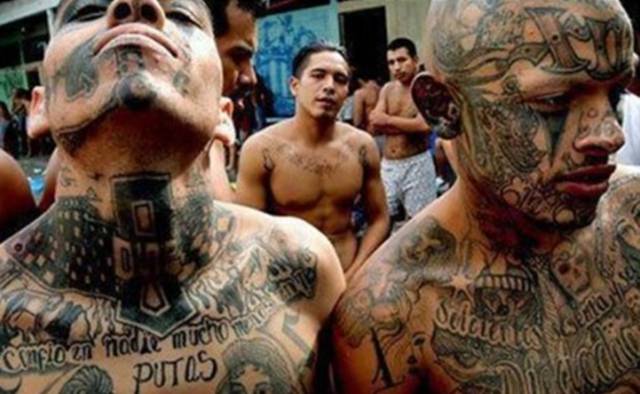 When a prison is so bad that it's airbrushed off of the map, you know you're in for some serious terror. Israel's Facility 1391 is a prison camp to hold war criminals from the ongoing conflict in Palestine. It was only discovered when a historian noticed it on a map from the 1940s -- the space that it occupied was blank on current maps, and the government denied its existence. Former prisoners have testified that the guards kept them in a state of constant fear. Each inmate was issued a black cloth sack, which they had to wear on their heads whenever a guard was in the room so they could never see their faces. In addition, since they were being held extra-judicially, it was trivial for inmates to be "disappeared" without any record of their existence. 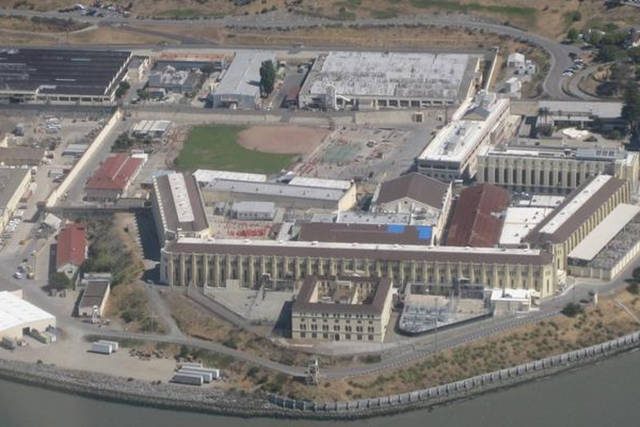 Back to Africa for another nightmarish penitentiary. The civil wars in Rwanda pitted the ethnic Hutus and Tutsis against each other, and when the Tutsis came out on top, they didn't have too much in the way of mercy for their opponents. Many dissidents were interred in Gitarama, a horrific complex near Kigali. Originally built to hold just 500 men, the cells were packed tight with a staggering 7,000 people after the 1995 genocide. Inmates were forced to stand outside in the yard for hours at a time with no room to move around, and nearly half of them started suffering from gangrene due to the unsanitary conditions. The violent, filthy atmosphere inside Gitarama reduced men to beasts, with frequent fights leading to bloody bites and other injuries that went untreated by staff. Dozens died every day at the prison's peak. 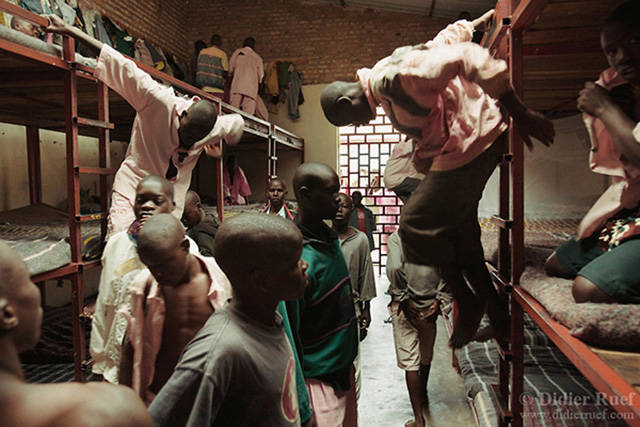 Syria's notorious Tadmur prison: Tadmur was the dumping ground for political dissidents during the Hafez al-Assad regime for three decades, and conditions inside were horrific. Built as a panopticon -- a ring of cells observed by a central guard tower -- Tadmur was a nightmare for inmates. They weren't allowed to ever make eye contact with guards, and torture was a daily occurrence. Inmates were put inside truck tires and brutally beaten on their first day, and probably the most shocking event in the prison's history came in 1980, after a failed coup. Al-Assad loyalists took helicopters to Tadmur and walked through the prison emptying machine guns into the cells indiscriminately. 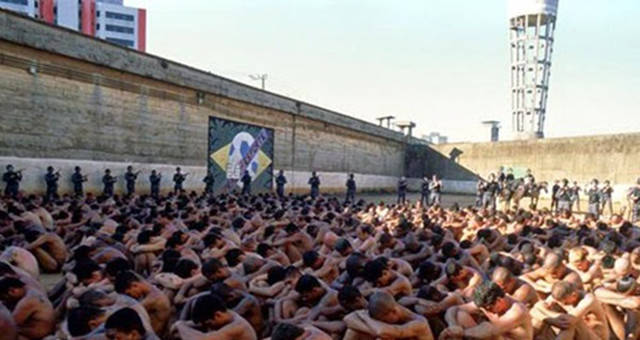