Where Do Well Known Expressions Come From? (23 pics)

Barking up the wrong tree

To have misguided thoughts or a false lead.

Hunting dogs would chase their prey up a tree. Even if the prey escaped, many a dog would continue barking up the same tree. 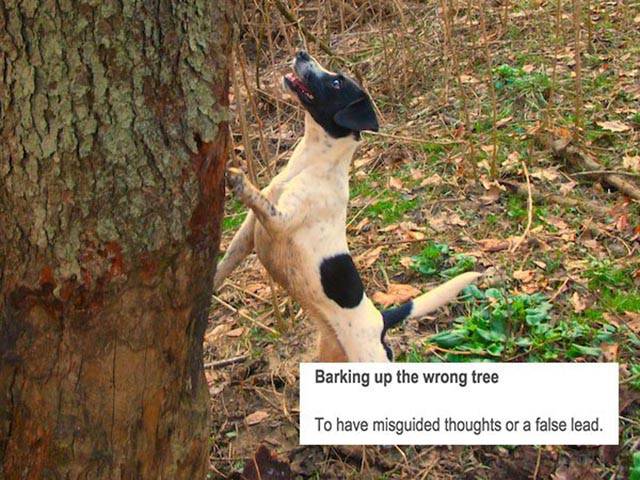 To do something unpleasant.

This origin story has been disputed but it goes that soldier’s would bite a bullet when they were being operated on without anesthetic. 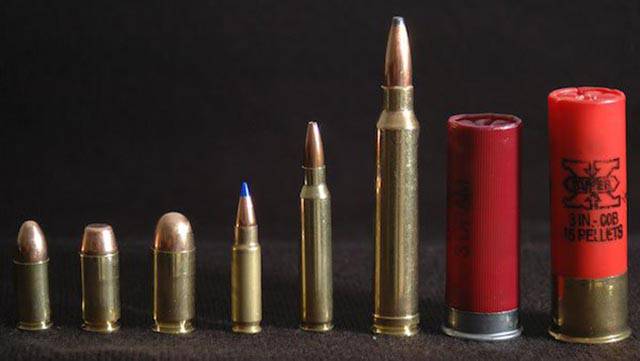 Mad as a hatter

To be totally insane.

In 17th century France hat makers got mercury poisoning from the felt they used. The “Mad Hatter Disease” was marked by shyness, irritability, and tremors that would make the person appear ‘mad.’ 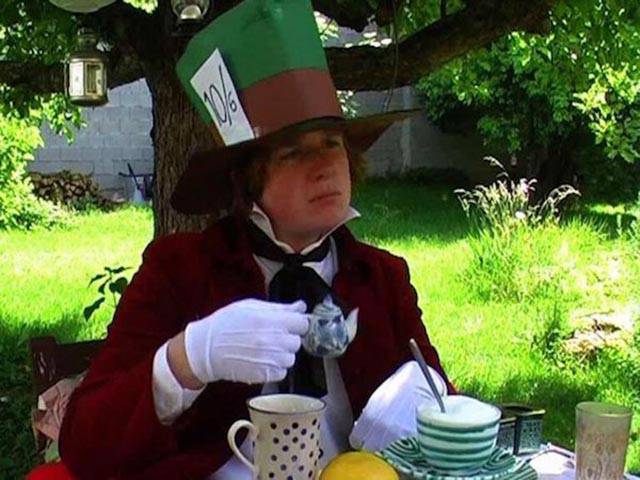 Separating the wheat from the chaff

Distinguishing between quality and worthlessness.

This one is biblical and can be found in Matthew 3:12, where John the Baptist says, ‘His winnowing fork is in his hand, and he will clear his threshing floor, gathering his wheat into the barn and burning up the chaff with unquenchable fire.’

Chaff was only good for animal feed. Wheat fit for human consumption. 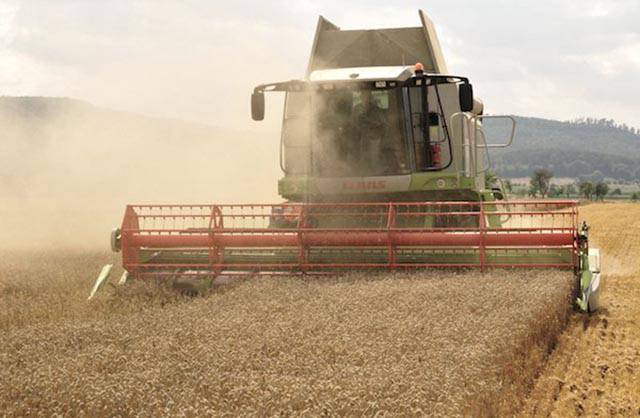 Give a cold shoulder

Be unwelcoming or rude to someone.

In medieval England, when you wished for your guest to leave, you served them the shoulder of the animal that you had been eating. It was considered a polite and subtle way of going about things. 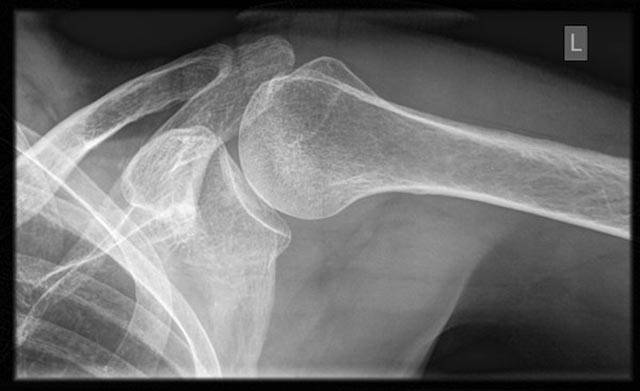 Commence a friendship or break off a conflict.

Back before the massive infrastructure projects that produced the sprawling road system with have today, ships were the primary form of transport and trade. During the winter, ships would get stuck in ice formations and the destination country would send smaller ships out to ‘break the ice’ and allow the larger transport ships free.

Feel free to use this fact as a chat up line. To ‘break the ice’ so to speak. 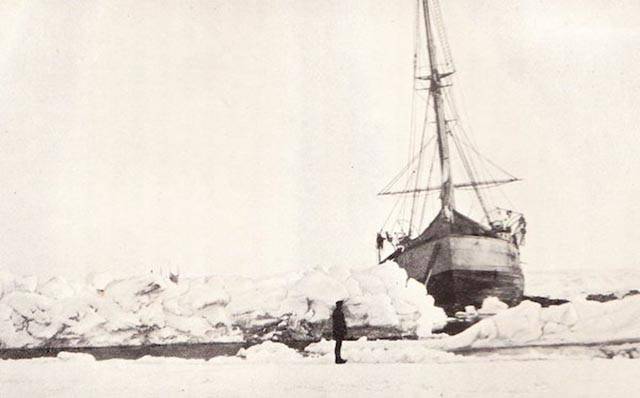 Fighter pilots during WWII were equipped with nine yards of ammunition. So when they ran out, they could say they had given their very best to fight off the enemy. 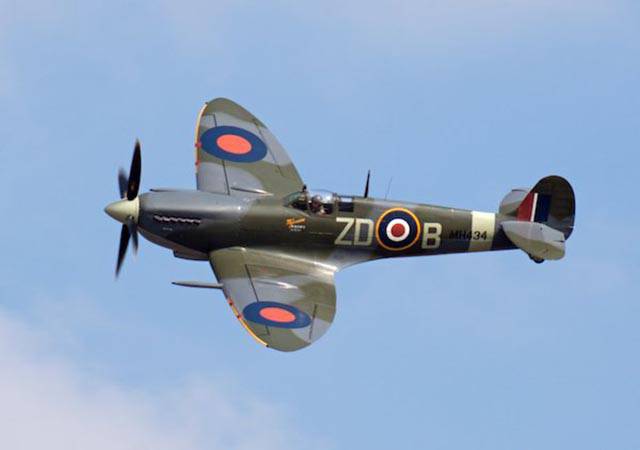 To be caught in the act of doing something immoral or wrong.

An old English law decreed that anyone caught butchering an animal not their won must be punished. However, the person must be seen to literally have the animal’s blood on their hands to be convicted. 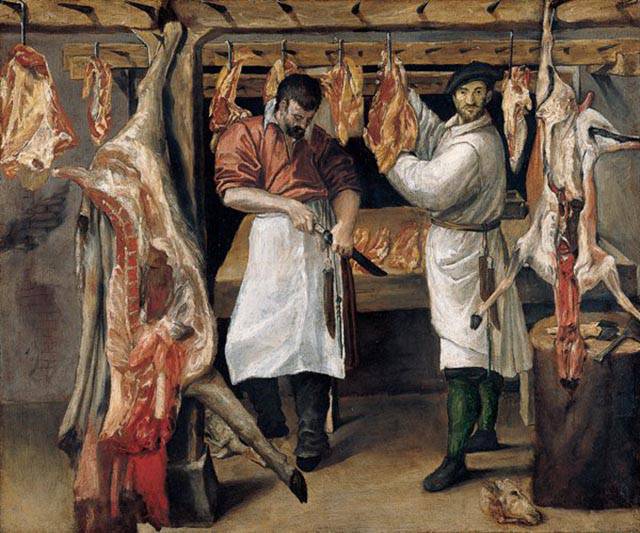 Skin of your teeth

Just managing to do it.

Another Bible origin story.In Job 19:20, Job says, ‘My bone clings to my skin and to my flesh, / And I have escaped by the skin of my teeth.’

Teeth don’t have skin so it alludes to a very thin or non existent margin. 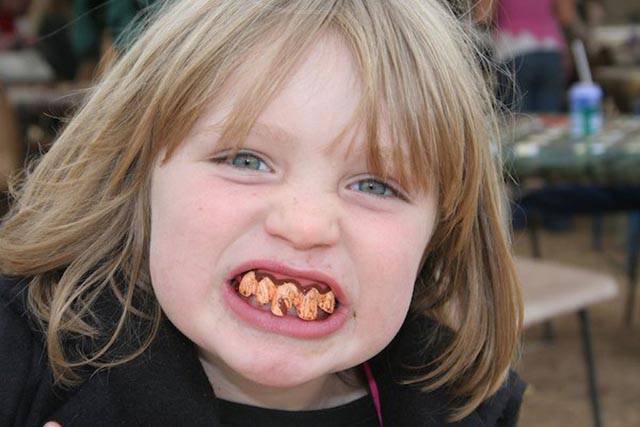 Carry your heart on your sleeve

Open with your feelings.

First appeared in Shakespeare’s Othello as uttered by Iago in Act 1 Scene 1 (SPOILER ALERT!Ironically one would think as Iago is particularly traitorous).

It may also have roots in Medieval Knights carrying ‘tokens’ of affection from noblewoman on their sleeves during jousting contests. 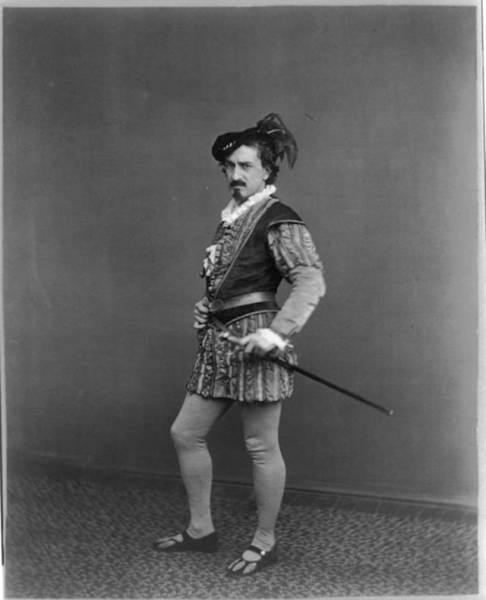 Three sheets to the wind

To be very drunk.

Apparently it references not having the sails on a ship correctly fastened. The ‘sheets’ refer to the ropes holding the sails in place and when a ship becomes hard to control it is ‘to the wind’. 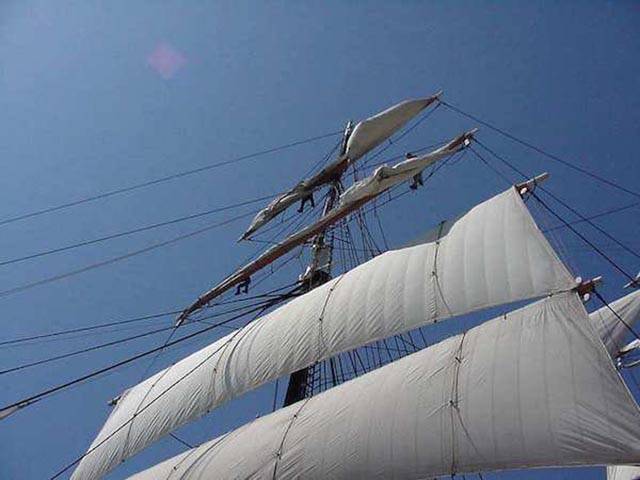 To butter somebody up

Impress someone with flattery.

Originally a religious act in ancient India. Followers would throw butter balls at statues of their deities to beg forgiveness and gain favour. 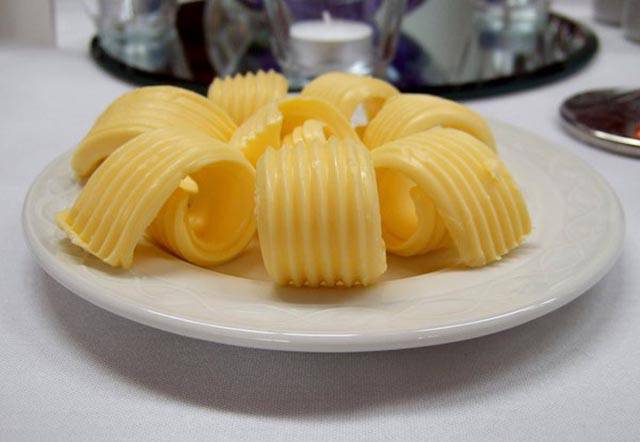 Fly by the seat of your pants

Improvise without a clear forward plan.

The phrase was popularized by the exploits of pilot Douglas Corrigan and his 29-hour flight from Brooklyn to Dublin in 1938. Apparently he has supposed to going to California (!?) but ‘diverted’ to Dublin instead.

The phrase itself had been used in aviation before to describe somebody who goes aloft without radio or instruments. 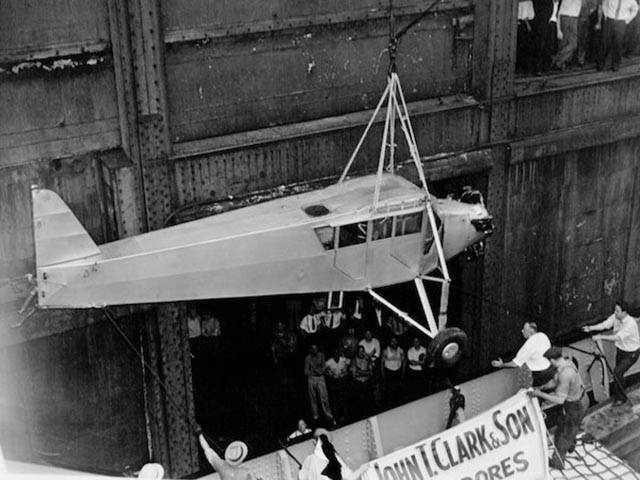 From the French ‘point blanc’ (literally ‘white point’), and with reference in particular to the centre on an archery range target. 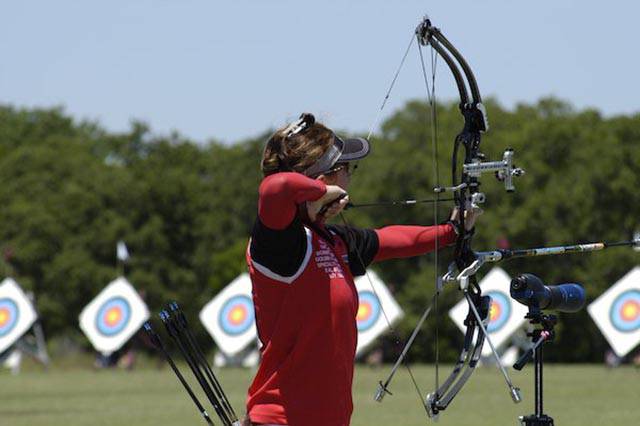 Admitting you are wrong or submitting to actions below your presumed dignity.

The loin of an animal was once referred to as the ‘numbles’, so a numble pie was a loin pie. The N was dropped through the passage of time and as the eating of ‘umble’ pie was associated with the lower classes, and humble sounds similar, the phrase was adopted. 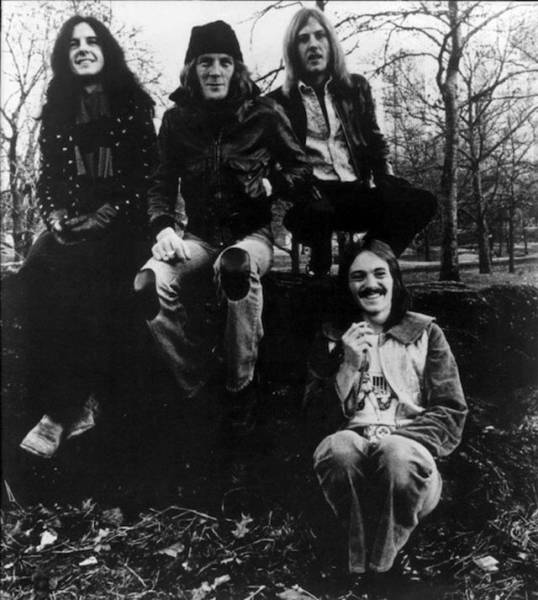 A fast and unfair legal procedure.

During the American Gold Rush courts would rush through cases, often skipping relative legal process. Observers likened it to the way that kangaroo’s skipped quickly from point to point. 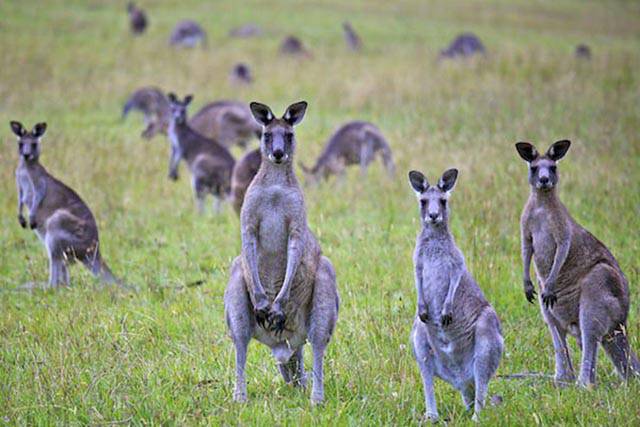 Don’t throw the baby out with the bathwater

Don’t get rid of important things with the unimportant.

In the 1500’s people would often bath once or twice a year. In families, the adult male would go first, then the women and then the eldest child and then so on. Eventually, the baby would be left in bathwater that was often totally filthy. The idea being that the mother would mistakenly throw the child out along with the water. People weren’t that stupid back then were they? 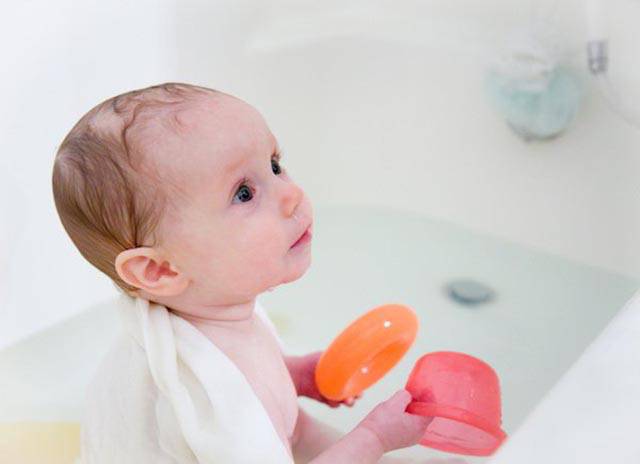 To achieve something without much effort.

A British phrase attributed to the actions of Prime Minister Robert Gascoyne-Cecil (Lord Salisbury) who, in 1886, made his nephew Arthur Balfour Chief Secretary of Ireland much to people’s surprise. Good old nepotism! 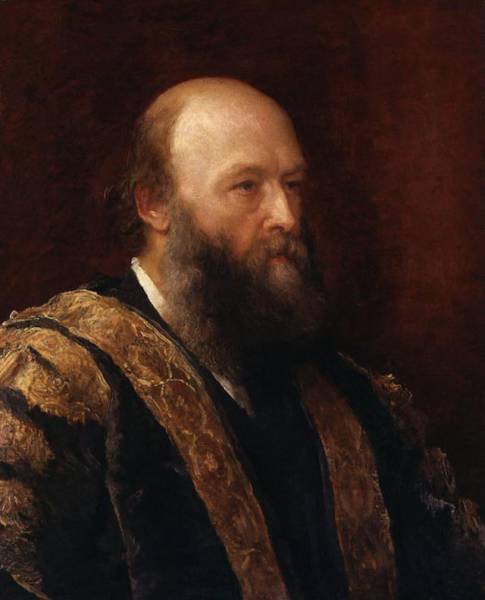 To stop a conflict and make peace.

During the early days of colonial America, the Native Americans would quite literally bury all their weapons before going to negotiate peace with the Puritans. The items were entirely unaccessible. Unlike my girlfriend’s memory. 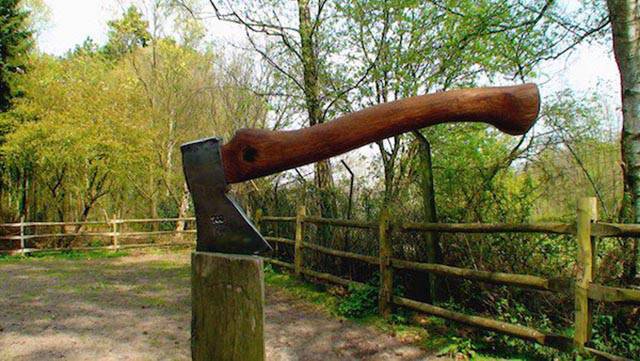 To relax or be at ease.

Aristocratic women were entitled by society to wear their hair up in public. Only in private could they relax and ‘let their hair down’. 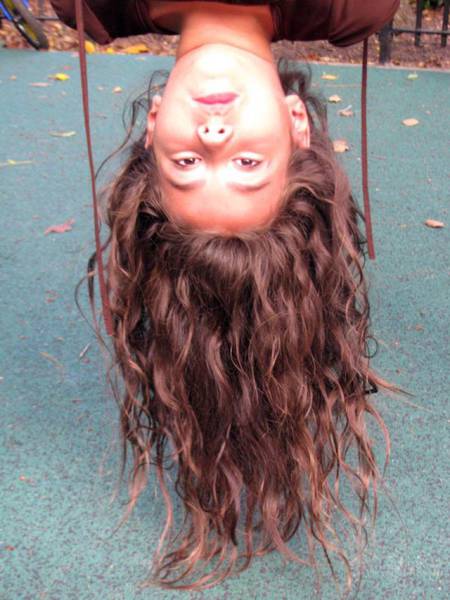 Through the eye of the needle

In the Bible, Jesus said it was easier for a camel to pass through the eye of a needle than for a rich person to get to heaven. 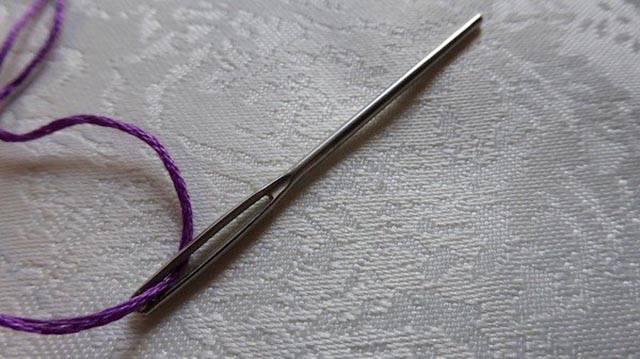 To ignore facts or reality.

The British Naval hero, Admiral Horatio Nelson, had one blind eye. Once when the British forces signaled for him to stop attacking a fleet of Danish ships, he held up a telescope to his blind eye and said, “I do not see the signal.” He attacked, nevertheless, and was victorious. 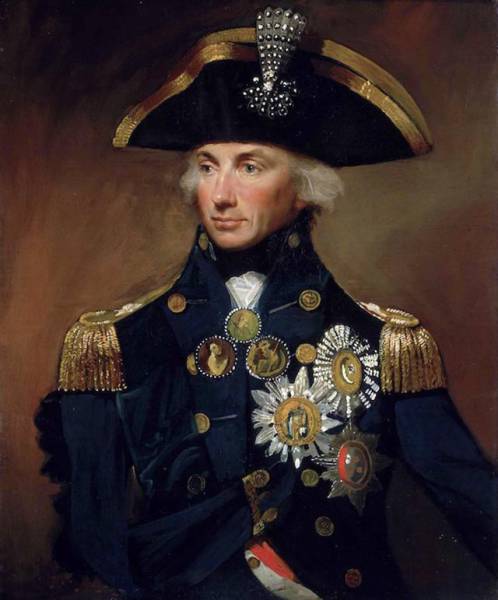 A jockey in horse racing who is winning by a large margin doesn’t need to whip his horse so hard and thus it is said that his ‘hands are down’.

ZombieDarwin 6 year s ago
#21 FFS! The needle being referenced to is not a knitting needle, as pictured! The needle is the name of the very small door in the large gate that controls access to a town or castle. When the gate was closed, the only way in or out of the town was through this very small gate, just barely big enough for an adult male to squeeze through. At the time, camels would enter the town laden down with goods, doubling or even tripling their width. Thus, the typical camel would be unable to go through the needle unladen, and absolutely impossible for a fully laden camel to do so.
Reply
0

Funny 3 year s ago
#7 Wrong. The phrase predates the First World War by around a hundred years.
Reply