Writer/star Kevin Heffernan estimated that there were about 20 drafts of the script, with more jokes added every time. He said, “We tried to do one joke every 6 seconds.” 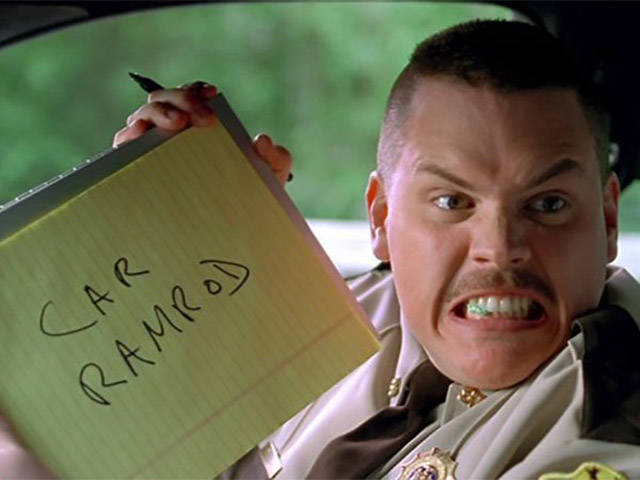 Harvey Weinstein, head honcho of Miramax, originally couldn’t tell if the movie was funny, despite the fact that he was a major part in getting the movie made. He read the script and said, “Eh, I don’t know. Maybe I just don’t know comedy. I don’t know. It’s funny, but I don’t know.” 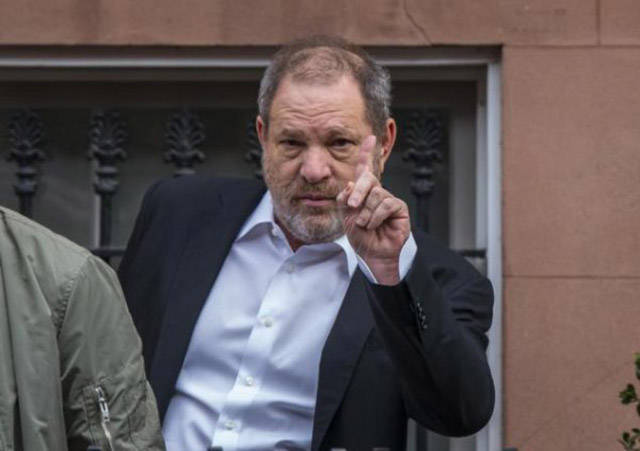 Jay Chandrasekhar, one of the writers and stars of the film, expanded on how exactly Weinstein was such a big part in getting the film sold. He recalled, “[Weinstein] comes up to me and says ‘I’m going to do you a favor. Come meet me at the bar [at Sundance].’

“We met up at the bar for last call and had a drink with him. When people saw us hanging out with Harvey after that movie, the other studios were like ‘Oh shit. We’d better fucking get on this.’ He created a market for the film basically by shadow play. He didn’t even see the middle of the movie.” 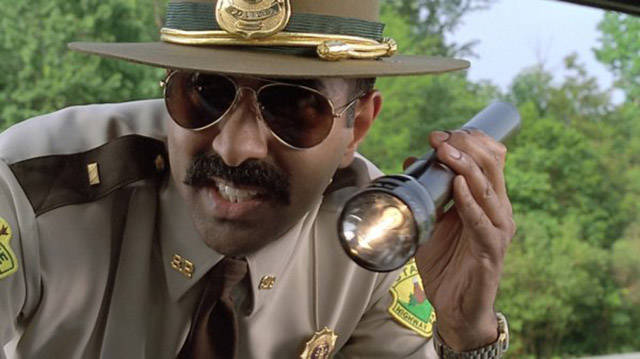 Broken Lizard was trying to raise $5.5 million for the movie with the requirements that Chandrasekhar would direct and the rest of the virtually unknown group ( Kevin Heffernan, Steve Lemme, Paul Soter, and Erik Stolhanske) would star. Studios declined after they wouldn’t budge on the stipulations, and one studio really wanted Ben Affleck in the movie. 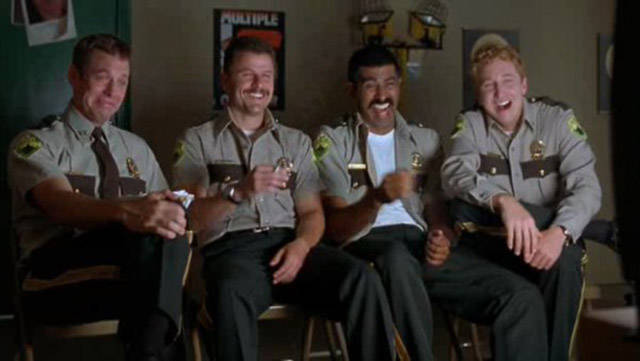 Ultimately the budget was $1.25 million, all funded by one investor. “This one guy who had just retired from Wall Street and really wanted to get into film production saw the script and saw Puddle Cruiser and asked us if he could do our movie, and so he gave us the cash,” Steve Lemme explained. “He put up the million and a quarter—and got it all back, too.” 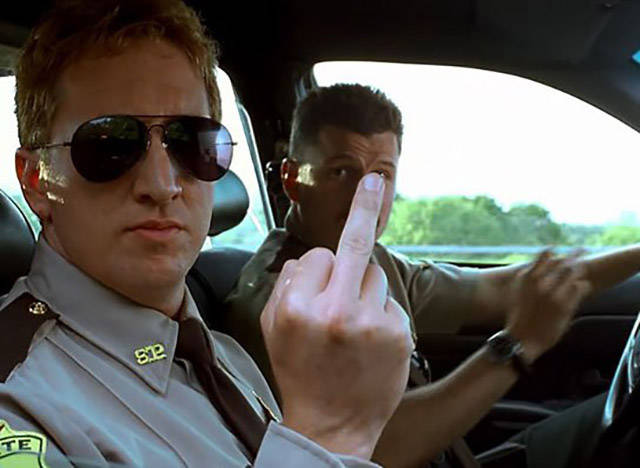 When Farva (Heffernan’s character) pulls over a couple and calls them “chickenfuckers,” he’s actually talking to his real-life parents. They wanted to be in the movie, so he agreed, but he didn’t tell them anything about their scene. 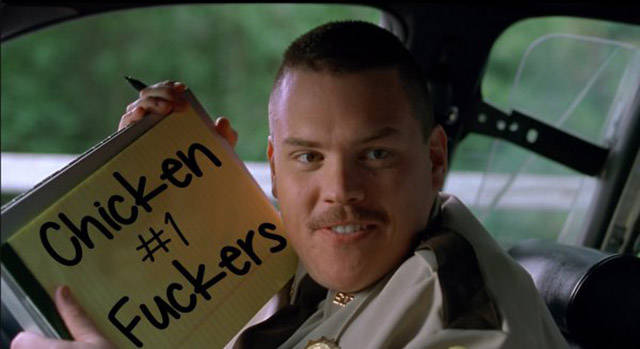 In an alternate ending, the police officers bust some guys while working as meatpackers. 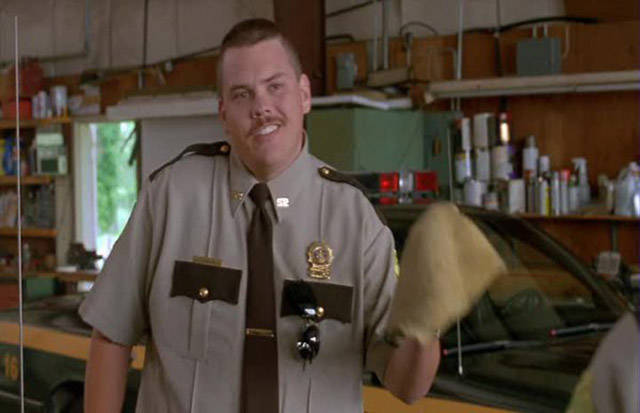 Like the members of Broken Lizard, most of the extras in the film were from Colgate University. 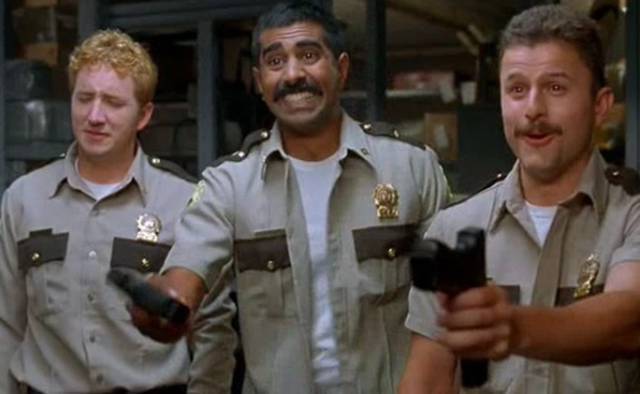 A few laws were broken while filming. Heffernan once impersonated a police officer to stop traffic for a scene after the production assistants failed to do so. Stolhanske got caught using his police lights while driving 100 mph, claiming he didn’t know they were on. Lemme also drove around in his police car with his uniform on and flashed his lights at a woman who cut him off. 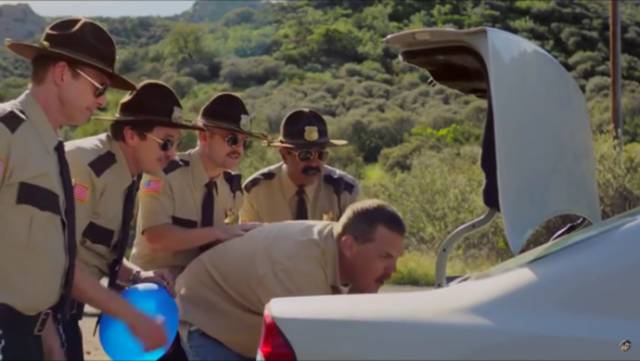 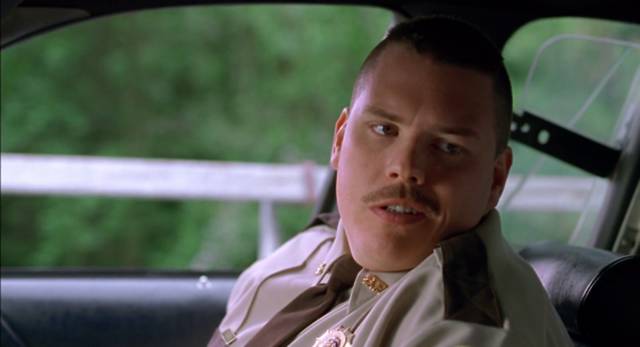 Marisa Coughlan (Ursula) was chosen specifically because of her role in “Teaching Mrs. Tingle” when she imitated “The Exorcist.” 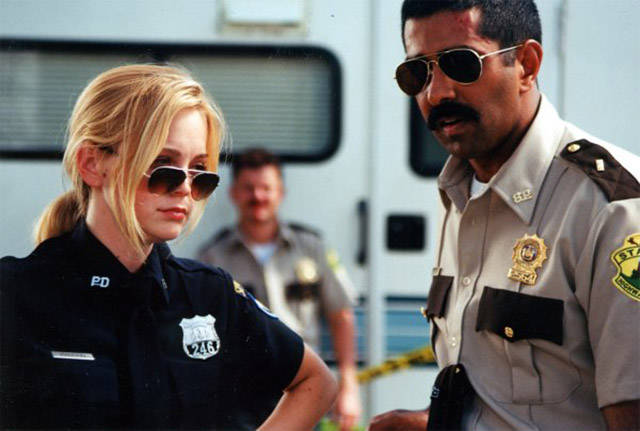 In 2006 Chandresekhar wanted to make “Super Troopers ’76,” a prequel about the dads of the state troopers. He changed his mind, and filming began for the sequel (that takes place 3 months after the end of the first movie) October 25th, 2015 after raising $4.5 million on Indiegogo. It was the highest crowdfunded film in the website’s history. 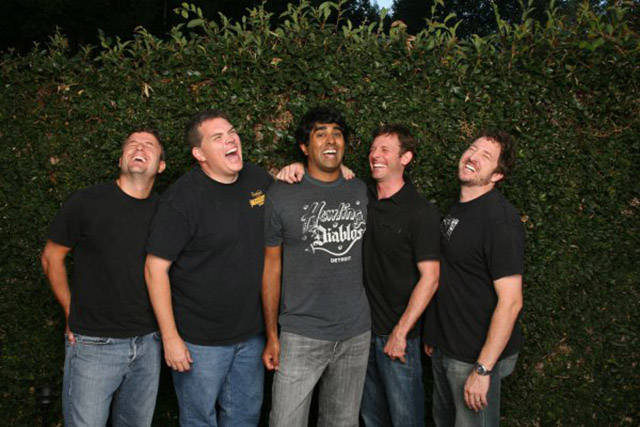 The syrup bottles were originally filled with iced tea, but according to Stolhanske it didn’t give that “glug, glug, glug thick look” when they chugged, so they put the real syrup back in.

The opening scene where the college kid has to eat drugs to get rid of evidence really happened to a friend of the Broken Lizard crew. Border guards at the border of the US and Canada found a joint in their Winnebago, and when they were all asked to step out of the car, one friend ate an entire stash of mushrooms meant for 10 guys. It resulted in a two-day trip.

Jim Gaffigan played Larry Johnson, the guy who got tangled in “the meow game.” However, Heffernan didn’t want him in the movie because Gaffigan always beat him at auditions.