Google has issued an apology and removed a temporary email feature after its April Fools' 2016 joke backfired. Gmail users woke up to find an option to send a "Mic Drop" response to email threads. It consisted of an animated gif of a minion character from Despicable Me dropping a microphone. It also subsequently muted the conversation for the sender, which led many to believe their email threads were deleted and unrecoverable. The feature was poorly received by some users who took to the Gmail Help Forum to complain, saying the "childish" animations were accidentally included in important and professional emails. "I hit this thing by accident in a professional email sending a contract. This is ridiculous and not funny at all. Remove it please!!!" one user wrote. Another claims to have lost his job saying, "Thanks to Mic Drop I just lost my job. I am a writer and had a deadline to meet. I sent my articles to my boss and never heard back from her. I inadvertently sent the email using the "Mic Drop" send button. There were corrections that needed to be made on my articles, and I never received her replies. "My boss took offense to the Mic Drop animation and assumed that I didn't reply to her because I thought her input was petty (hence the Mic Drop). I just woke up to a very angry voicemail from her which is how I found out about this 'hilarious"' prank," a forum post with the topic headline "Will Google give me a job" read. Google's Gmail team has since removed the feature and apologized, blaming the mishaps on a "bug." 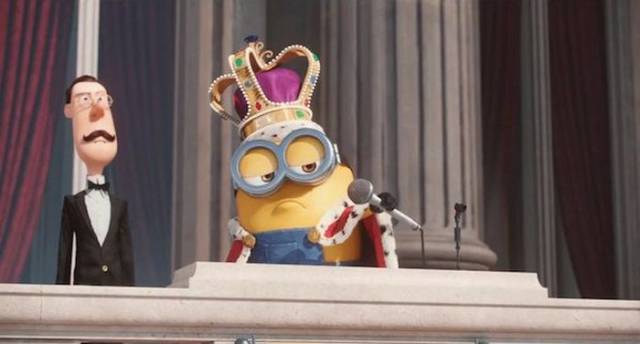 A Singaporean online grocer, Honestbee, created a PR nightmare with their April Fools' joke after announcing an Indiana Jones-themed sale of meat from endangered animals such as panda, tiger, and whale. The company started taking orders earlier in the week on its site, with the delivery date cunningly set as April 1, 2016. The idea was to draw attention to the issue of wildlife conservation, with plans for proceeds from purchases on the fake page to be donated to a handful of wildlife conservation charities, including the World Wildlife Fund and Wildlife Reserves Singapore. But before April Fools' Day, angry comments started showing up on Honestbee's Facebook page, many from customers who knew it was a stunt but weren't charmed by it. Netizens found the prank “distasteful,” “absolutely revolting,” and “in poor, poor taste.” Some threatened to boycott the company and called on others to do the same. Customers who paid for the exotic meat received an animal-themed snack pack on April 1, with some information on how to make further donations to wildlife charities. 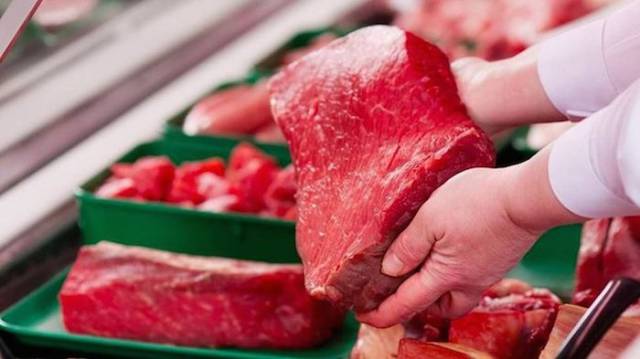 A man was arrested on April Fool's Day 2014 for trying to steal a $25,000 diamond at an Arizona jewelry store and switch it with a fake one that was in his earring. Phuoc Tran, 27, asked to hold the diamond while shopping at a jewelry store in Arizona Mills Mall and examined it in front of two store employees. He turned around and held it out of the employee's sight, turned back around and said "April Fool's" while handing one of the employees a cubic zirconia fake. The staff recognized it was phony and confronted Tran, who ran out of the store. The next day, Tran sent a text message to the employee stating the theft was a prank. He returned to the store with the diamond where he was later arrested and told police he wanted to give the real diamond to a woman he intended to propose marriage to. 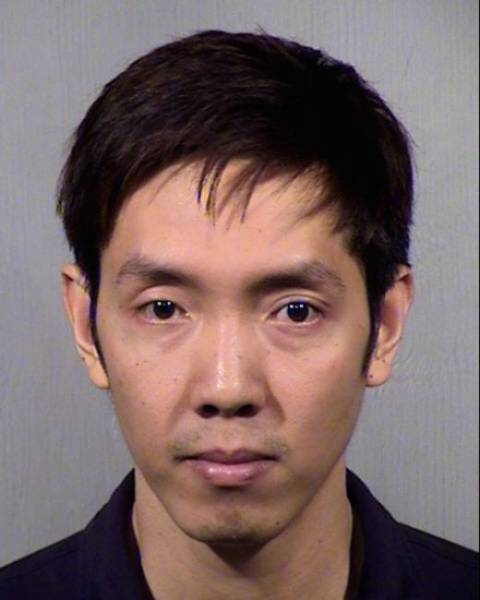 If you're in China on April Fools' Day, you needn't worry about being pranked—the tradition has been outlawed. In a message posted online, the country's official Xinhua news agency said: "Today is the so-called ‘Fools' Day' in the West. Fools' Day doesn't consist with our country's traditional culture, the core socialist values. (We) hope nobody believes in rumors, creates rumors or spreads rumors.” Chinese social media users have ridiculed the post. Some said it was the best joke of the day while others were confused about whether it was meant to be funny or serious. China has long been concerned about the influence of social media on its population. Three years ago, the ruling Communist Party launched a campaign to criminalize the spreading of rumors. 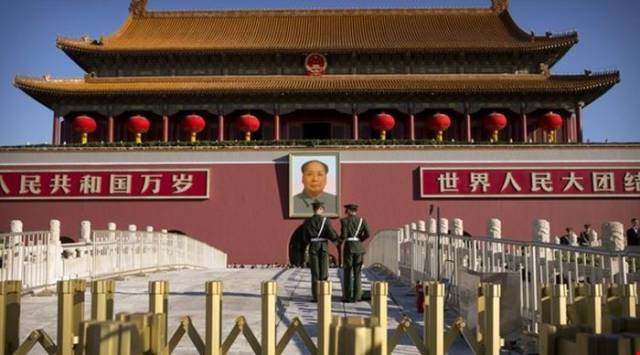 In 2015, the New York-based law firm of Weil, Gotshal & Mange told employees it was instituting a new policy eliminating work emails during night and weekend hours—and then revealed the whole thing was a joke. Higher-ups sent out a company-wide email claiming the firm was banning all work-related emails between the hours of 11 p.m. and 6 a.m., as well as on Saturdays, Sundays, and employee vacation days. Associates were elated to learn of the new policy, supposedly inspired by similar practices currently catching on in Europe until it was revealed just to be a goof. Employees don't like it when their bosses see their work-life balance as—literally—a joke and Weil received a significant amount of backlash. They were forced to apologize in a second company-wide email. It read: “We obviously got this wrong, and we sincerely apologize. We know and appreciate the hard work that all of you do. We have and continue to take work-life balance seriously and are always evaluating ways to improve the quality of life here, given the intensity and demands of the profession.” 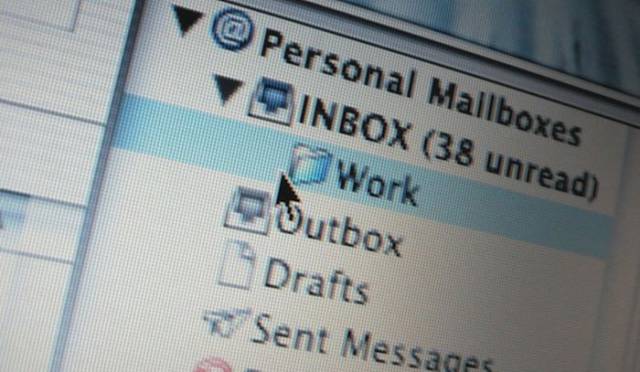 In 2014, EA executive Peter Moore publicly apologized for a string of April Fools' Day messages posted on Twitter by the official Frostbite account. The tweets poked fun at the fact that EA no longer develops Wii U games, and that there isn't a Wii U version of the latest Frostbite game engine. "Frostbite now runs on #WiiU since it is the most powerful Gen4 platform," one of the posts said. "Our renderer is now optimized for Mario and Zelda." Another followed. "Frostbite will power #HalfLife3, coming out summer 2014! #WiiU exclusive." "Good news," the account concluded, "we have finally fixed and optimized our 'netcode.' Uses quantum entanglement for Zero Latency connections. Exclusively on #WiiU." The tweets were met with considerable backlash by gamers. In response to the outcry, they were pulled offline shortly before Moore issued the following statement: "Our apologies to partners @NintendoAmerica & fan @FrostbiteEngine's poor attempt at April Fools' not condoned by EA: unacceptable/ stupid." 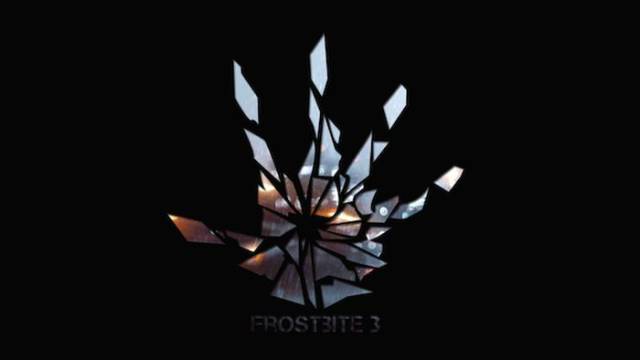 A teen's April Fools' Day prank backfired spectacularly when her boyfriend gave her a taste of her own medicine. In 2015, Hayleigh McBay, 17, pretended to break up with David Clarke by sending him a WhatsApp message at midnight. But the tables were turned, when he pretended that he also wanted to end their relationship. After a frantic reaction from both sides, Clarke revealed that he had also been playing an April Fools' Day prank on her. A year later, the couple appears to still be together. 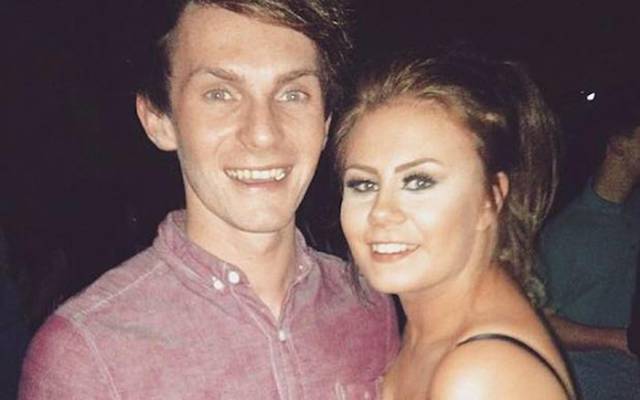 Irish news website Kildare Now has apologized for an "offensive" April Fool story claiming ISIS had annexed a Kildare landmark. They wrote, "Irish security forces have placed a ring of steel around the Allen area, and road diversions are in place until further notice after a male calling himself 'Paddy Jihaddy' said he had rigged the area with explosives and that he was renaming the locality the Hill of Allah. A spokesperson for Defense Forces has issued a statement saying that they hope to have the situation resolved by 12 noon when normal life can resume once more.” A picture of a local landmark with an ISIS flag Photoshopped on top of the building was also posted. Online reaction was swift and damning. One Twitter user said, "Talk about a disaster of an attempted #AprilFools. Who thought that was a good idea?" Another angrily tweeted, "Slightly dodgy April Fool's joke there, @KildareNow!!!" The news organization has since apologized and said the joke was "completely unauthorized and was not posted by a member of the editorial team." The article and photograph have both been removed from the Kildare Now website and their Facebook account. 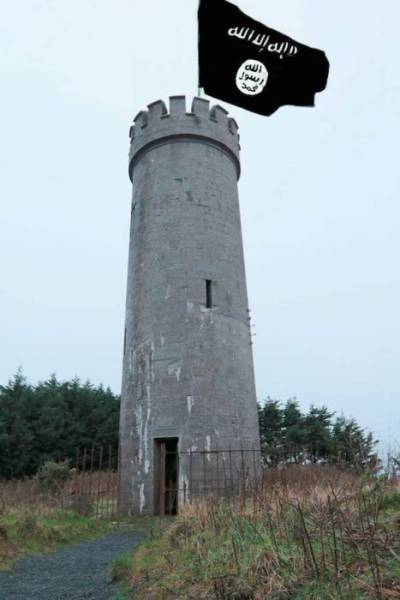 In 2012, an Israeli naval commander, Vice-Admiral Ram Rotenberg, wanted to wind his officers up for April Fools' Day—he told them to prepare for a surprise ten-day exercise in the Mediterranean. They were sworn to secrecy about the operation, but the orders trickled down to junior ranks and preparations began. Crews worked through the night fuelling, rigging and preparing three missile ships expecting to sail to the Italian coast of Naples the next day. They were shocked and angered to find it was all a ruse, as were their families after they began the usual ritual of sending money and food parcels to sustain loved ones while they were away. One family member told an Israeli website: “Some of the parents were already en route to bring additional equipment and food for the soldiers and others had transferred cash into their accounts in case they would need funds in Italy. The naval commander has nothing better to do than to carry out pranks?" Israel Defense Forces called the joke "inappropriate." 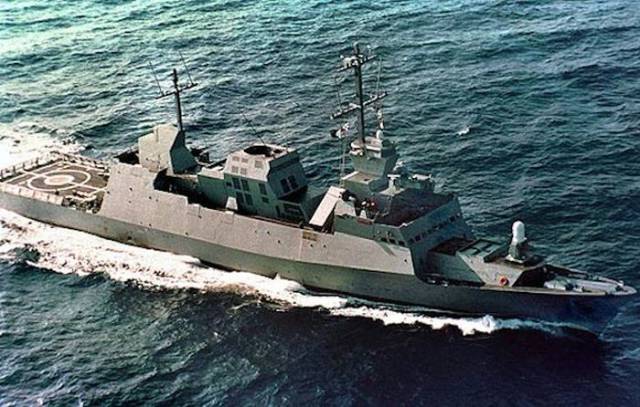 Virgin Group's founder and chairman, Richard Branson, is a notoriously huge fan of April Fool's Day, and he enjoys using it as a way to score some marketing for his brands and trick the media and public in the process. However, one of the biggest pranks he ever pulled backfired. Sometime in the '90s, Branson decided that his early Virgin Records business partner, Ken Berry, was going to be his target. He invited Berry and his girlfriend to a nice late-night dinner, for the purpose of distracting them while some "hired hands" broke into Berry's apartment to take everything. When Berry arrived at his emptied apartment, actors posing as police would follow him in to interrogate him and dust for fingerprints before Branson would pop in to yell "April Fools!" and move everything back in. That didn't happen. Branson left the table only to take a phone call and came back to find that Berry and his girlfriend had left. Not knowing what to do, he headed for home and was greeted by his wife who told him Berry's apartment had been broken into. Branson decided the joke was long past spoiled, and he called Berry to come clean. However, Berry had already filed a police report. Before Branson had a chance to remedy the situation, the cops showed up to arrest him. They took him to the station and tossed him in a holding cell where he spent the entire night and next morning before two police officers took him upstairs to charge him with "a dozen or more offenses including wasting police time." Confused, tired, and ashamed, he stepped outside into the daylight and was greeted by Virgin Records staff, led by Berry and police. "April Fool!" they yelled. Branson then learned that after he had confessed to Berry, Berry asked officers to drop the case. 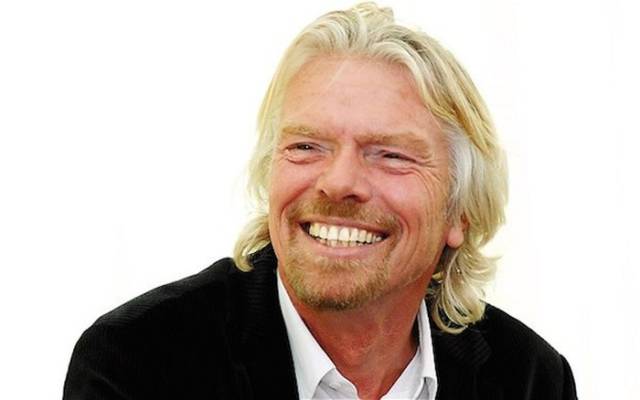