Photographer Johnny Joo has recently visited abandoned Rolling Acres Mall in Akron, Ohio. What Johnny saw there was spooky and captivating at the same time. Just check out these pics.

The Rolling Acres Mall is an abandoned shell of what it used to be. 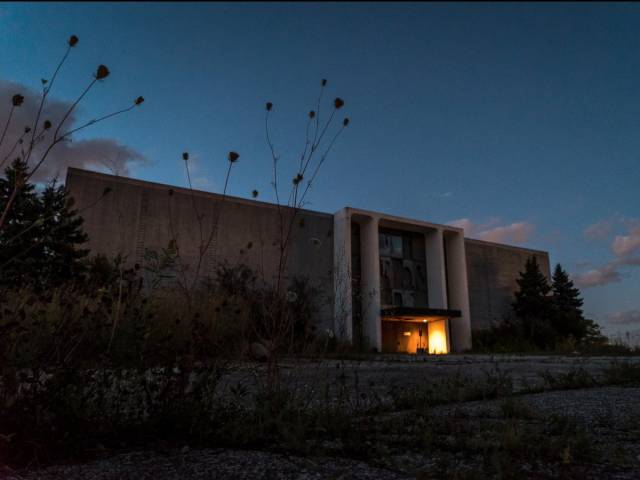 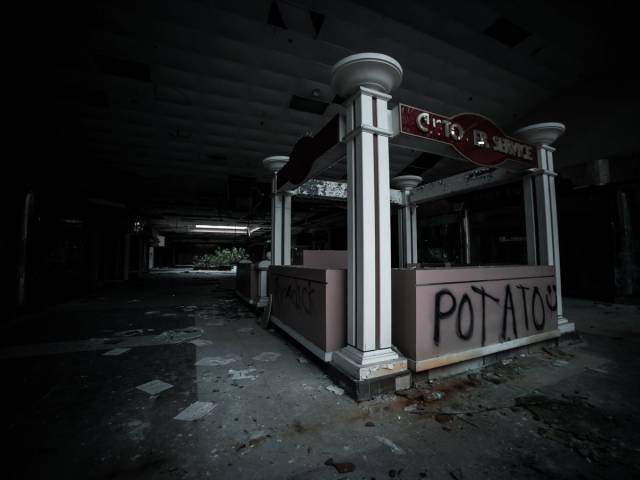 Joo told Business Insider he started developing an interest in photography when he 16. 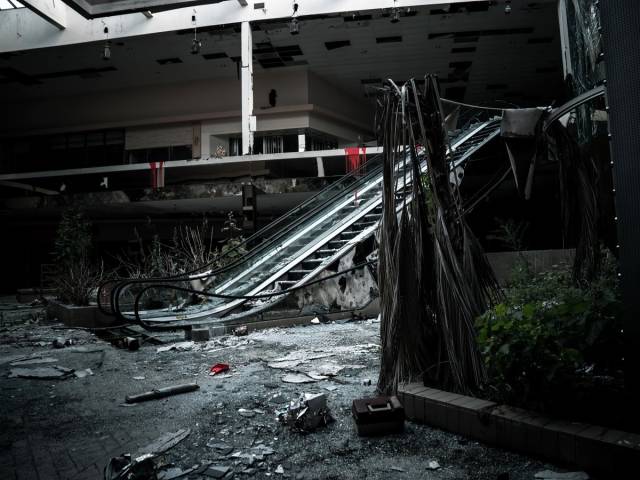 At that time, he said he also found himself "venturing into these forgotten places." 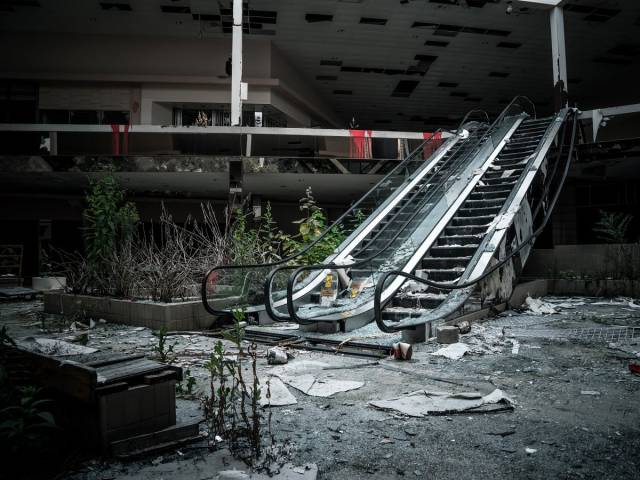 "People regularly ask what it is that draws me in so much to these places — why must I photograph them?" Joo wrote. 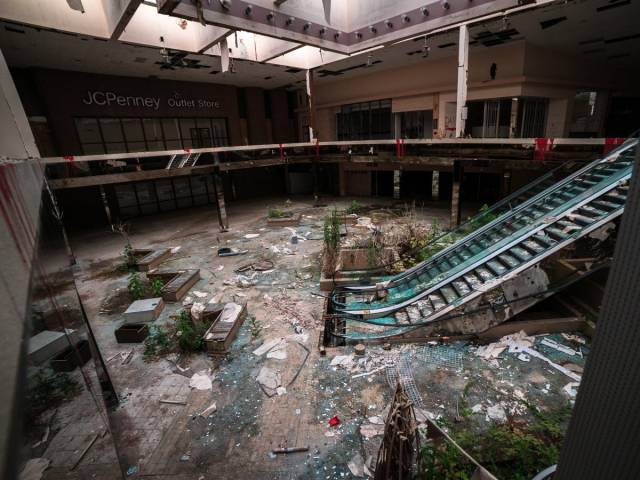 "This particular situation exhibits one of the main reasons for just that — it won't be here forever," he wrote. 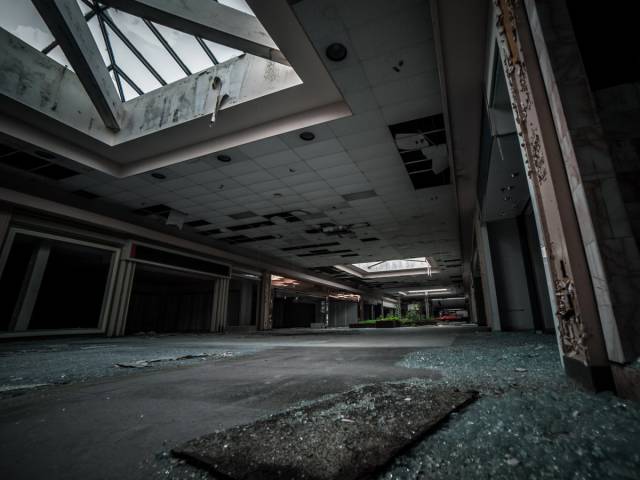 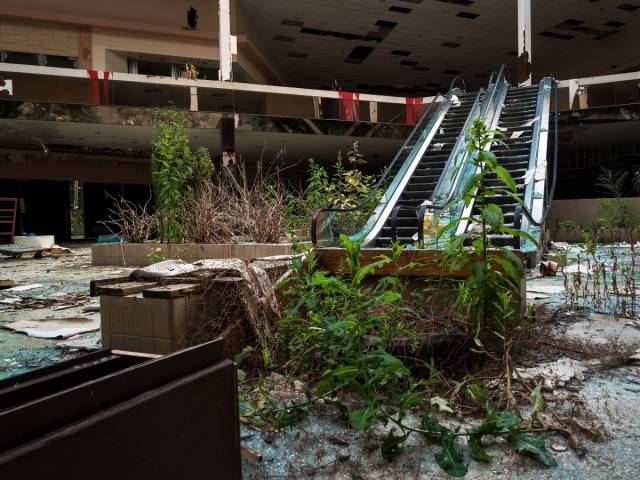 You can still see the remnants of a JCPenney store. 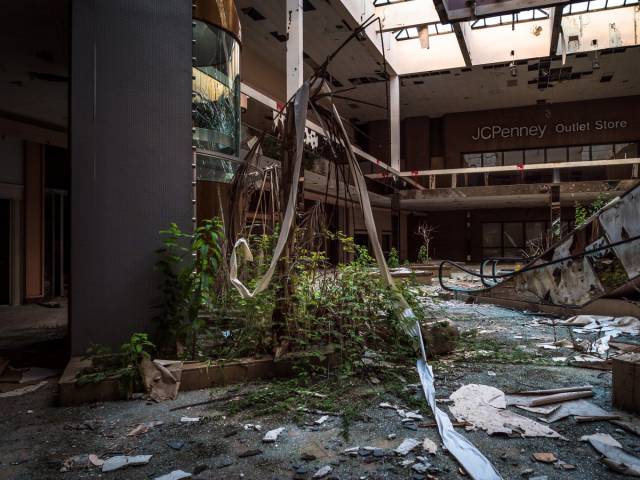 "I have watched [this mall] for years now, deteriorating in such an incredible, beautifully destructive way," he wrote. 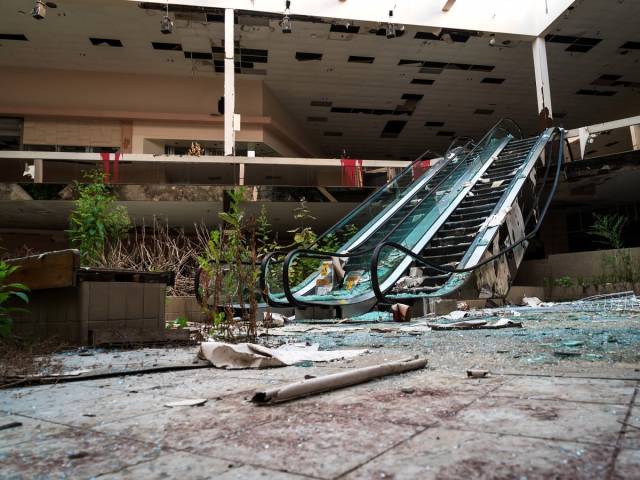 "From the initial abandonment when all was still fairly pristine — shop windows intact — to looking like a bomb dropped — windows smashed and glass tossed all around as trees begin to grow wildly throughout," he wrote, describing the transformation of the mall as it had continued to decay. 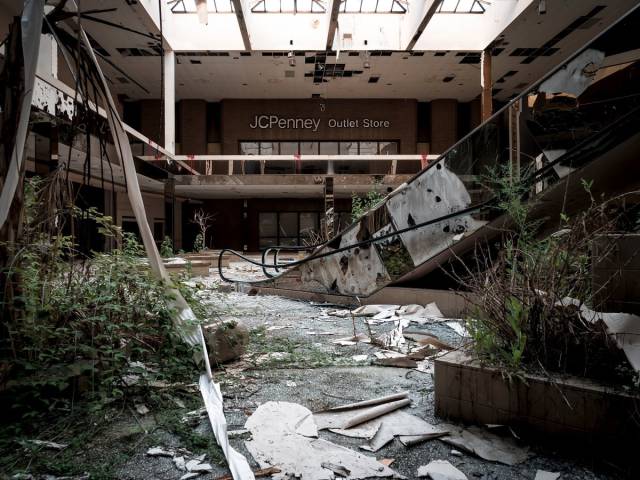 "This is definitely one of the most bizarre 'forests' you will ever take a hike through," he wrote. 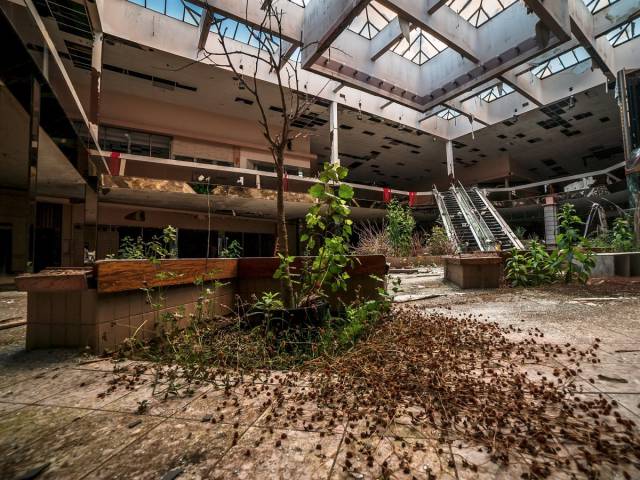 "You can imagine the past — the people rushing through during the hectic shopping months of Christmas, as gifts fly every which way from shelves," he wrote. 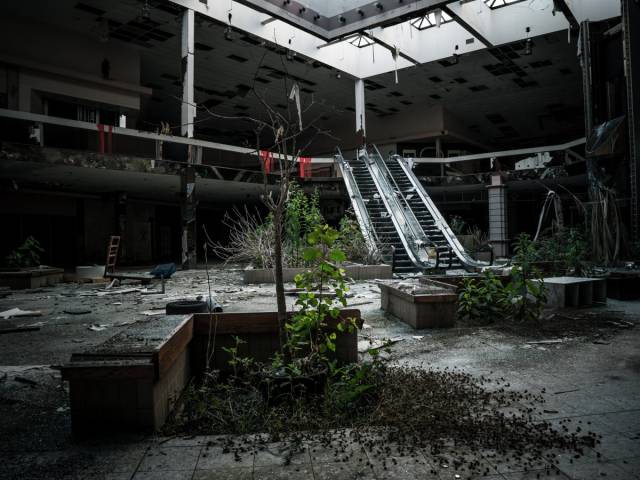 "A man runs to the jewelry store. Nearly out of breath and ready to fall over, he holds his head propped up at the counter, looking into the glass case in hopes he can find the perfect ring for his future wife. Years drag by as lives are lived and jobs are worked," he wrote. 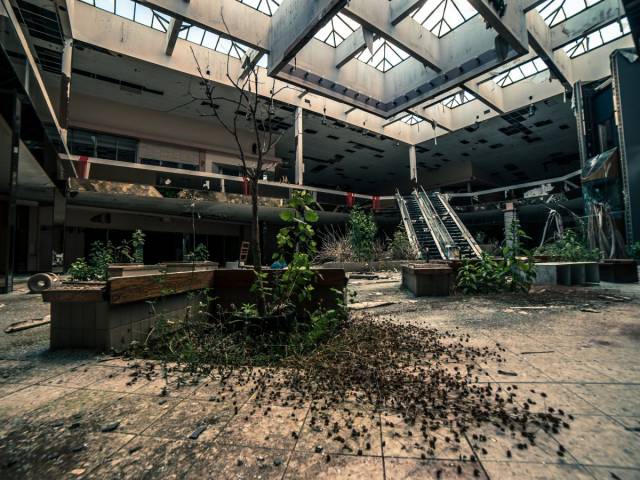 "All has since fallen, and I now wander the enchanting, echoing halls of a place where lives were lived, and jobs were worked," Joo wrote, referring to his journey through the abandoned mall. 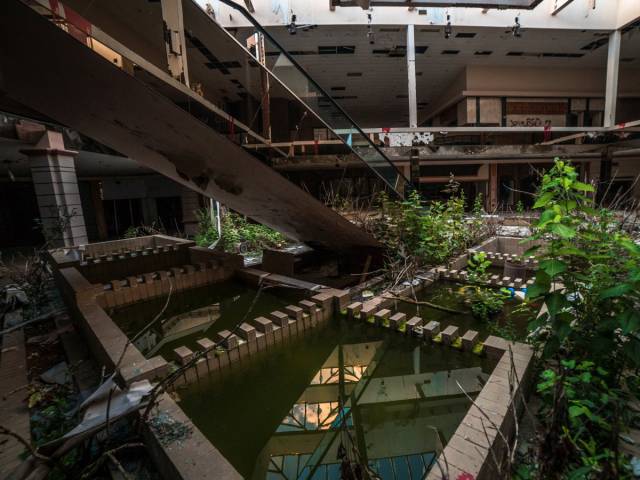 But Rolling Acres Mall is not alone in its devolution. In January, The New York Times reported that 60 malls were on the verge of death. 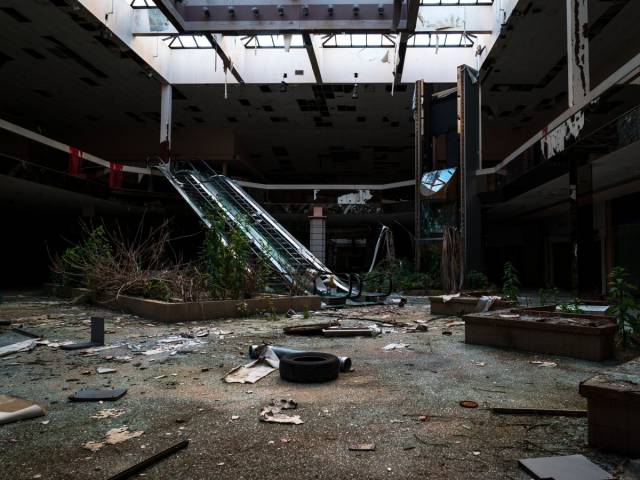 These dying malls are not upscale or low scale — they fall right in between. "Middle-level malls are disappearing," Howard Davidowitz, chairman of Davidowitz & Associates Inc., a national retail-consulting and investment-banking firm, said. "Developers are trying to do all kinds of things to save them, but at the end of the day, half of them are going to close." 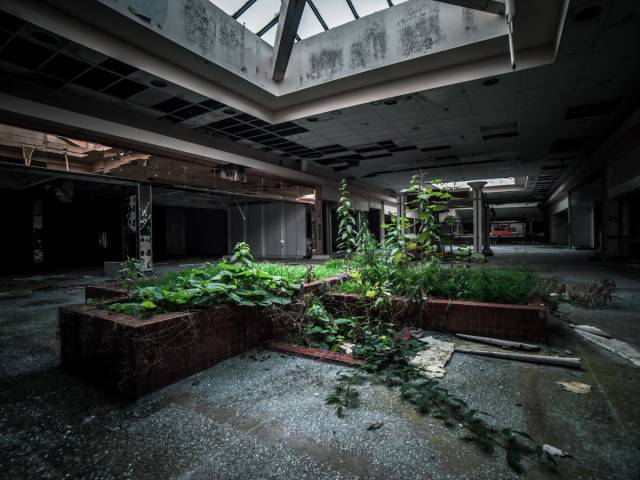 "People would come from all over in busloads," retired Akron detective Timothy Dimoff told The New York Times, reflecting on the mall's heyday. "Everybody in Akron still talks about the caramel popcorn in the food court.” 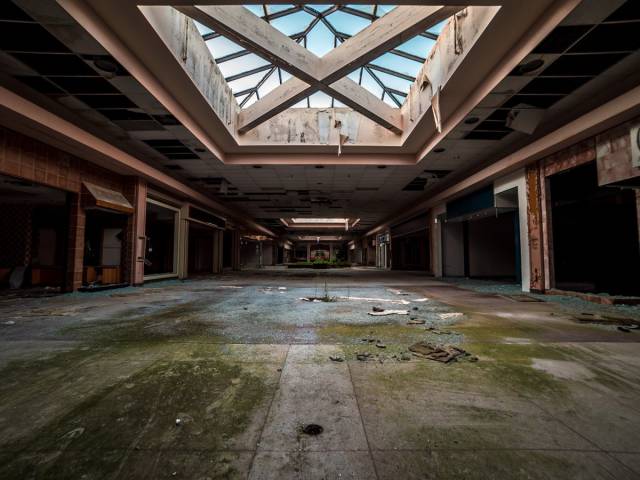 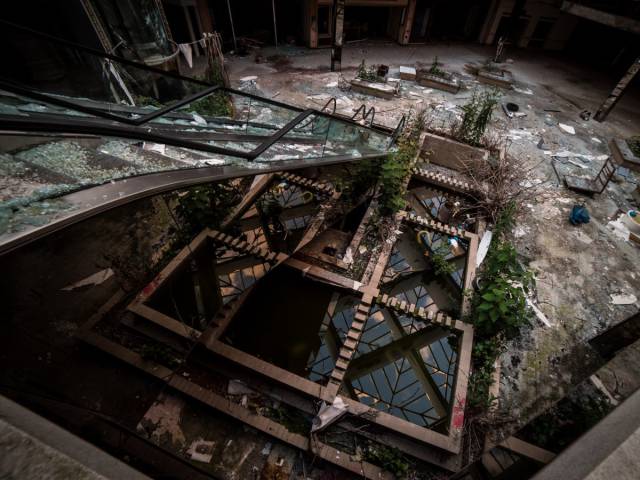 It's a scary time for the retail industry. 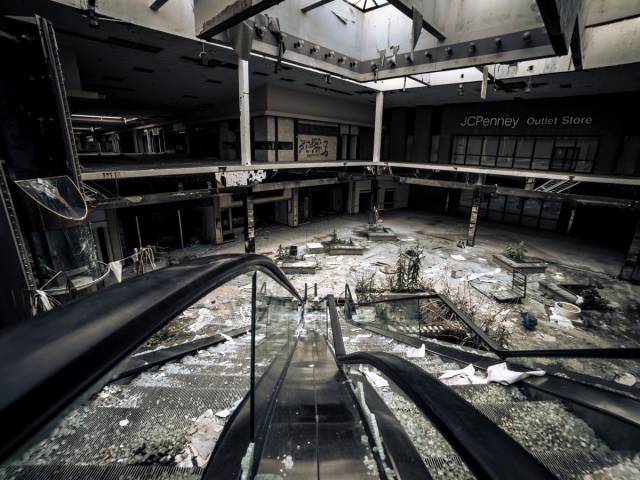 "The big question is, how many malls are there going to be in five years?" Bradley Snyder, executive managing director for the Boston advisory firm Tiger Capital Group, told Bloomberg in January. "It's certainly a concern for landlords, with the entire sector being impacted." 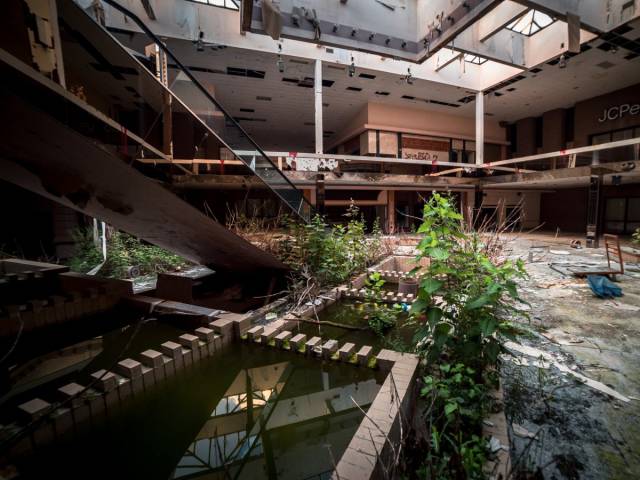 "When winter came last year, heavy snow collapsed the glass roof, creating an entirely brand new scene, like one straight from a fantasy. Now, as the snow had melted, being completely open to the elements, yet another scene has emerged, beginning to turn the mall into a forest," Joo wrote. 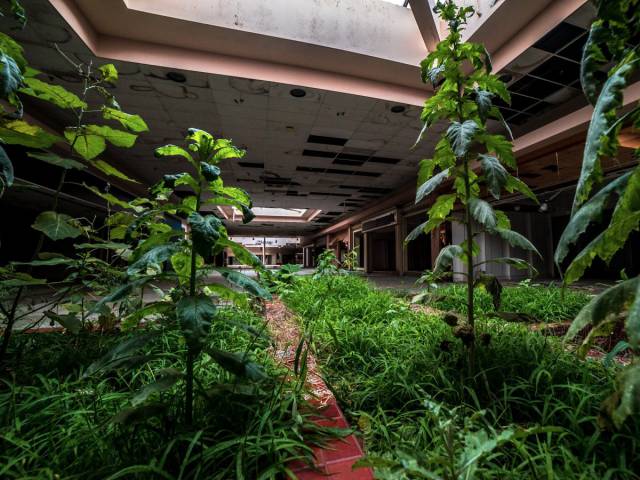 "I love watching the reclamation of nature, a different view of the 'circle of life.' It's always so peaceful standing inside the structure, and I love it in there," he wrote. 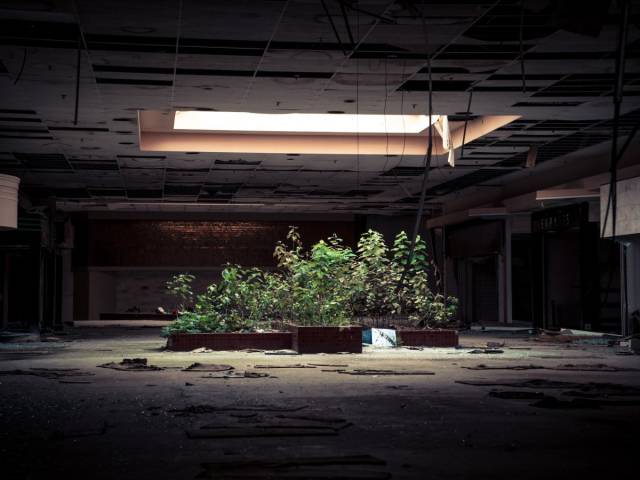 "You can actually feel and imagine the memories," he wrote. 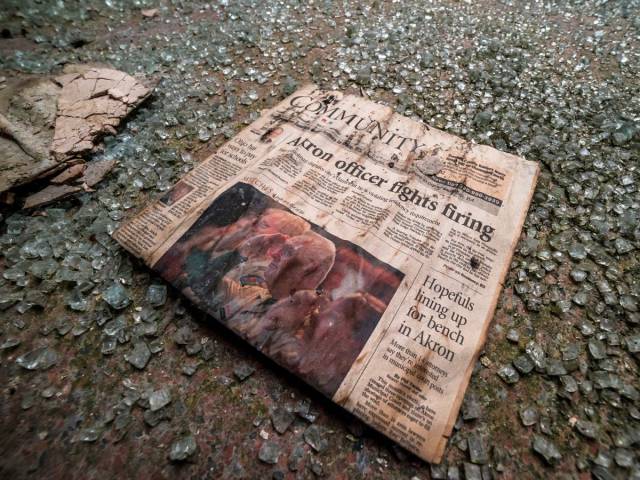