Experts say it is California’s worst drought in 1,200 years. These pictures will show you what it looked like at its worst.

Reservoir banks that were once underwater at Millerton Lake on the San Joaquin River in Friant, a town just north of Fresno in California's Central Valley. 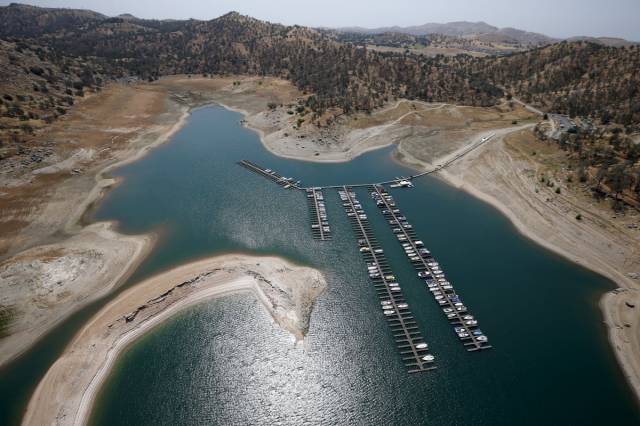 Reservoir banks that used to be underwater at Millerton Lake on top of the Friant Dam. 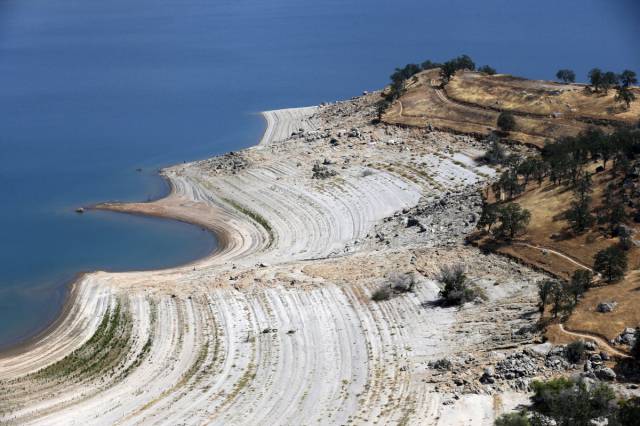 A field of dead almond trees in Coalinga in the Central Valley. Almonds use an estimated 10% of the state's water budget. 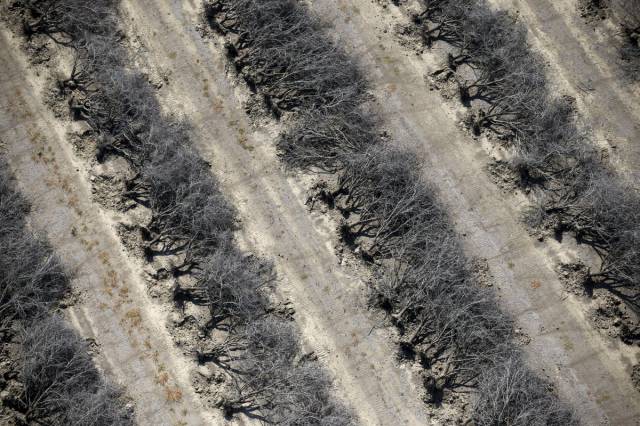 Boat docks that were once at the edge of the water on Millerton Lake on the San Joaquin River in Friant. 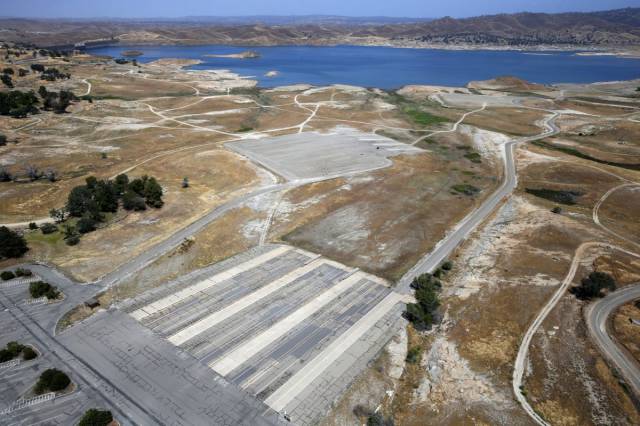 Reservoir banks that used to be underwater at Millerton Lake, on top of the Friant Dam. 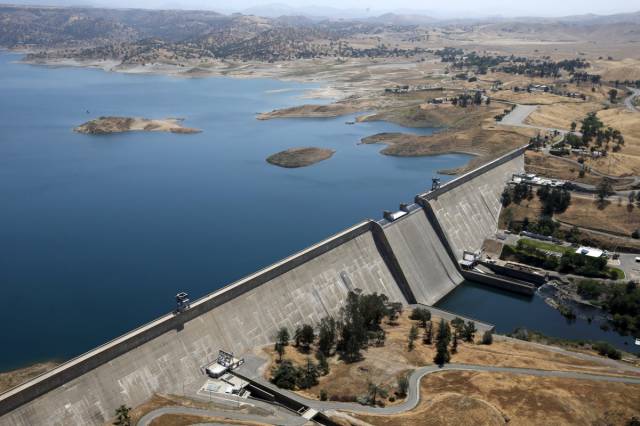 A boat paddle at the bottom of the nearly dry Almaden Reservoir near San Jose. 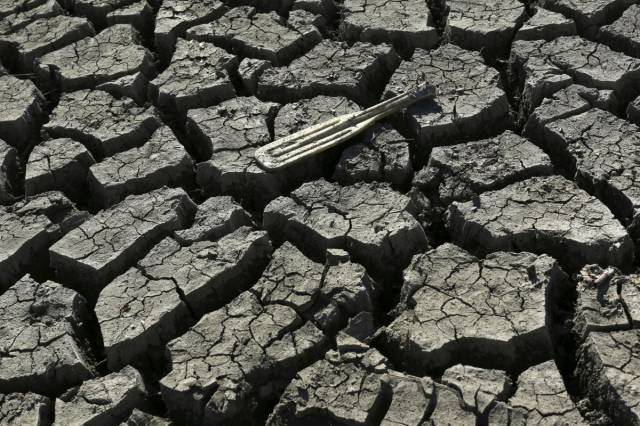 A Lake Tahoe ski resort had far less snow than usual this season, as seen in this photo from March. 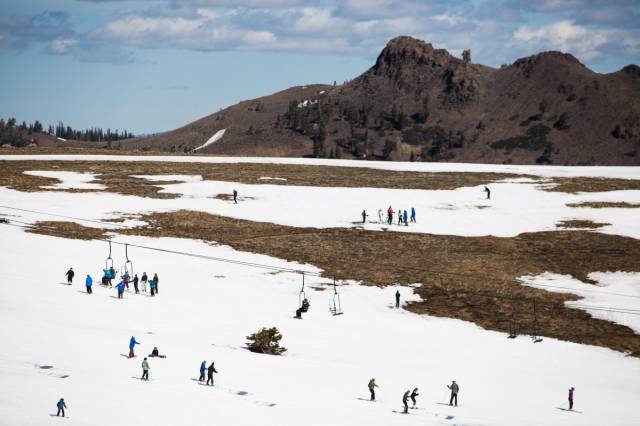 A canal runs through dwindling farm fields in Los Banos. 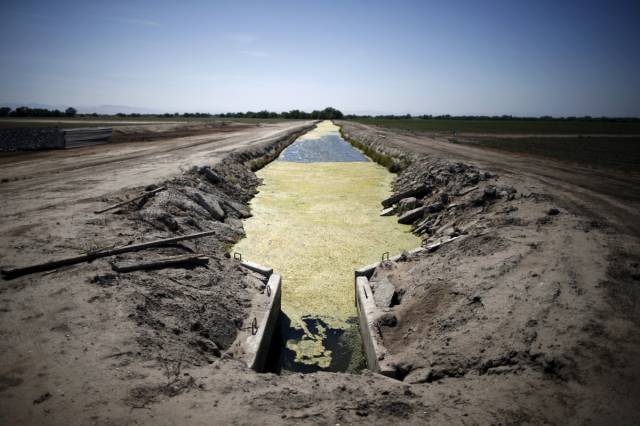 A view of Pine Flat Lake from an area that used to be underwater in Fresno County. 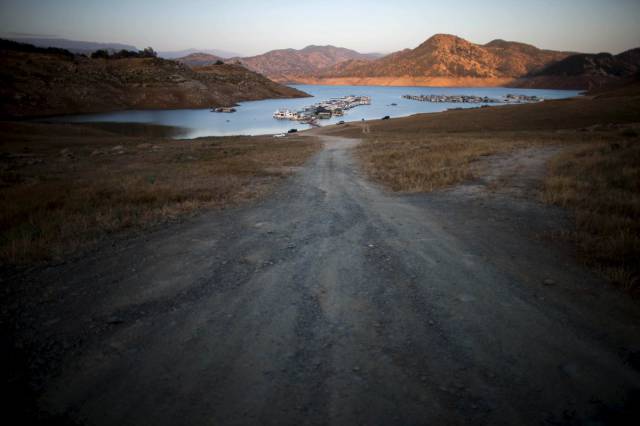 A tractor collects golf balls on a parched driving range in Palm Springs. According to state regulations introduced May 5, communities like Palm Springs — where residents use more than 165 gallons of water per person per day — would have to cut back their use by 35%. 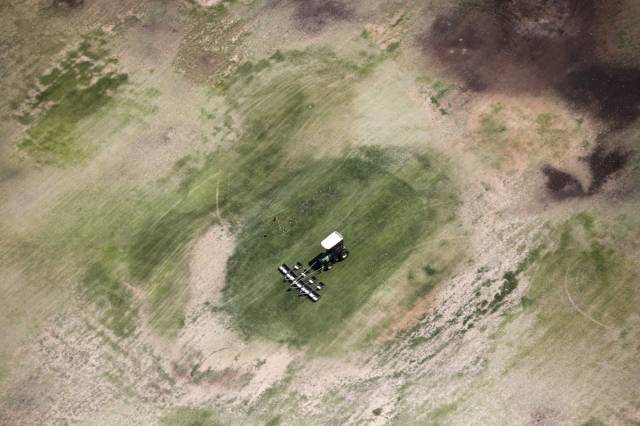 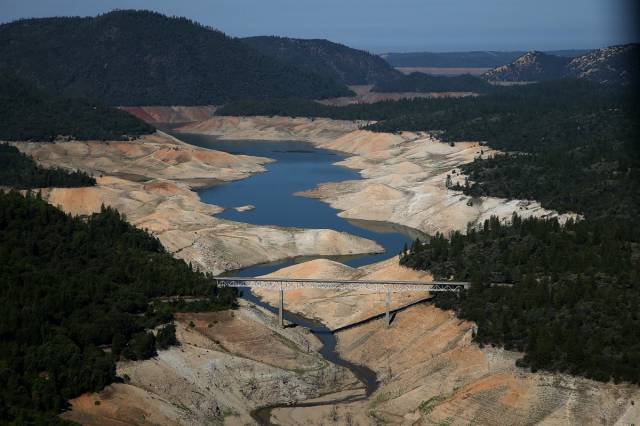 A skier approaches the edge of the snow at Lake Tahoe in March. 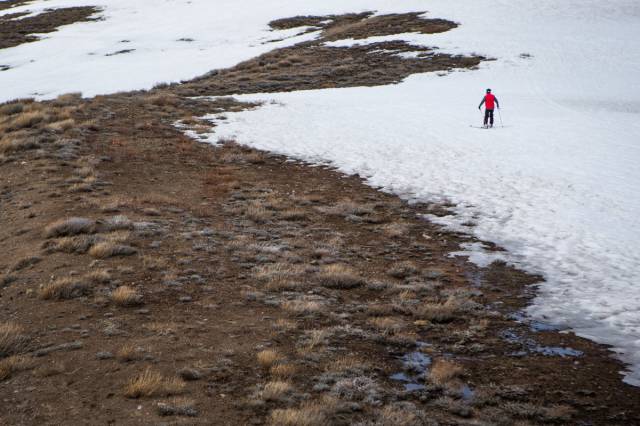 This Millerton Lake jetty, located on the San Joaquin River in Friant, used to be in the middle of the water. 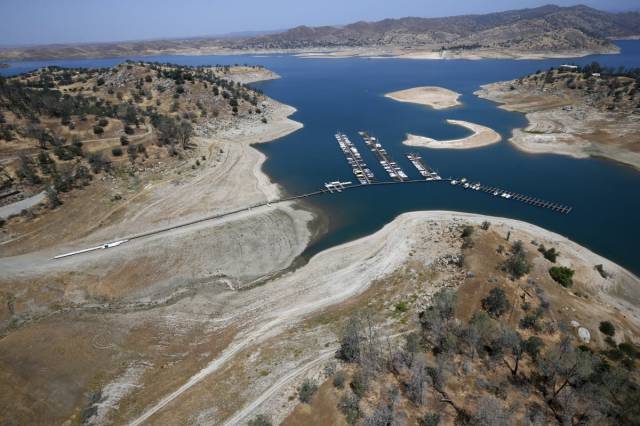 A farmworker walks through thirsty fields in Los Banos, an area of the San Joaquin Valley between Santa Cruz and Merced. On May 5, state water regulators adopted the first rules for mandatory urban water cutbacks. Farms, which account for 80% of the state's water consumption, were exempt from the law. 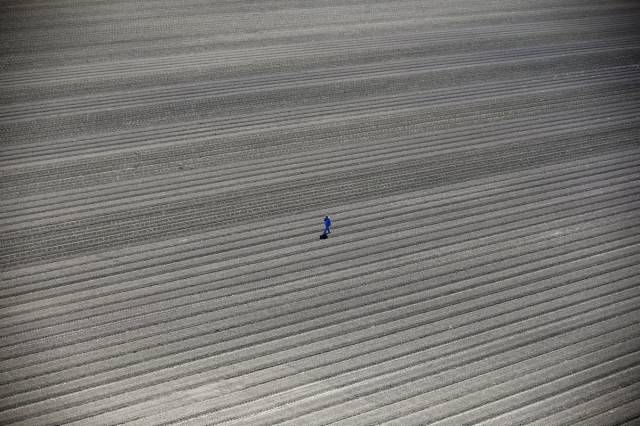 A canal runs through dried-up farm fields in Los Banos. 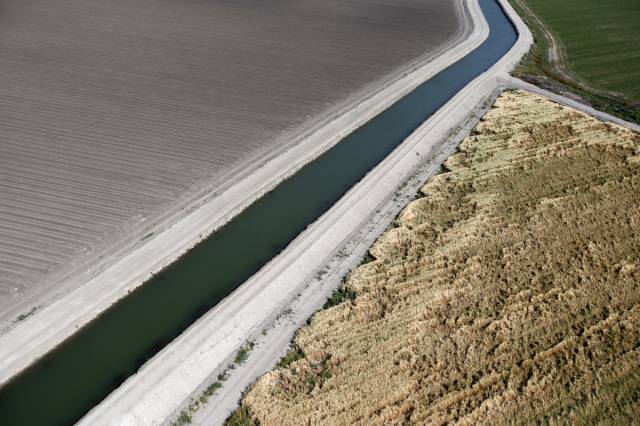 Irrigation water runs along a dried-up ditch between rice farms to provide water for fields in Richvale, an agricultural town north of Sacramento. 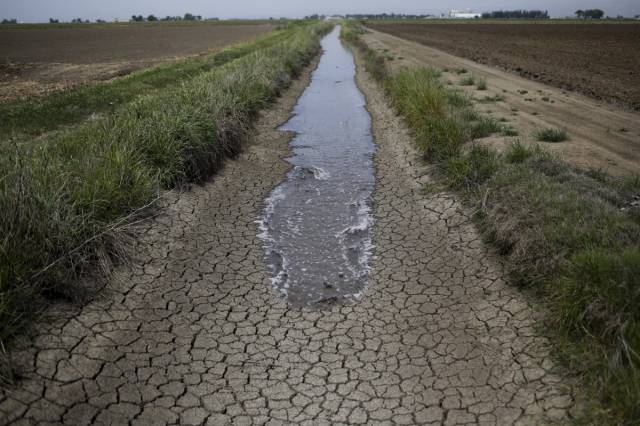 A parched water-storage facility near homes in La Quinta. 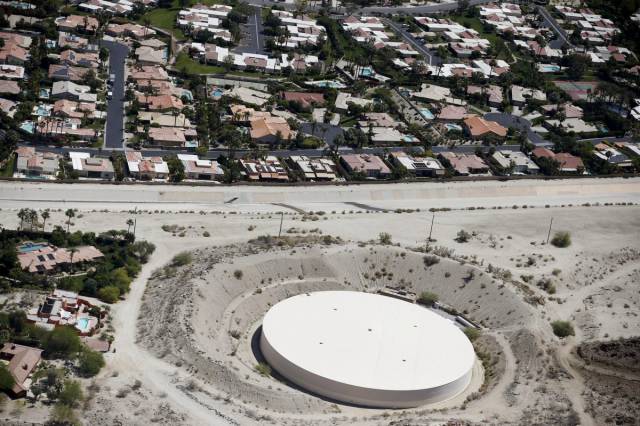 A dried-up canal runs through a lush green golf course in La Quinta. 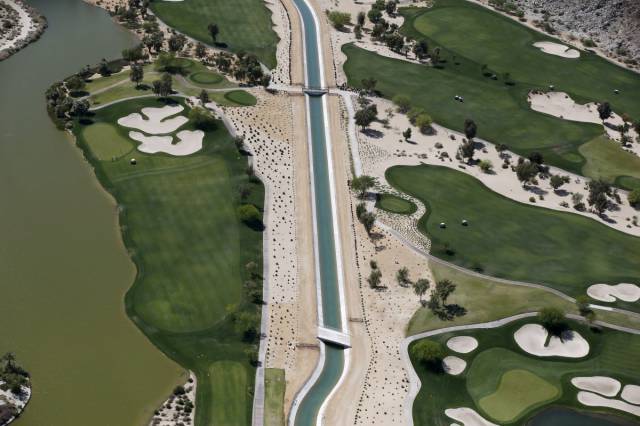 Water pours into a dried-out canal in Los Banos. 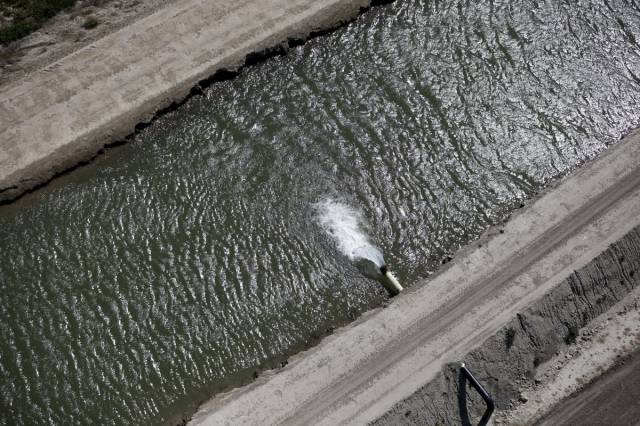 Water flows into a dried-out lake on a golf course in La Quinta. 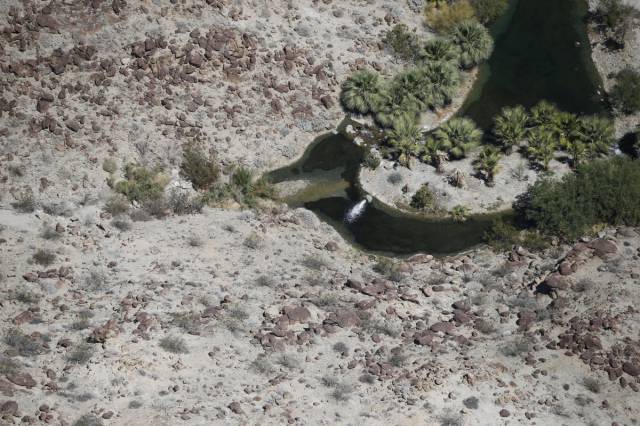 A parched aqueduct in Victorville, a city east of Los Angeles. 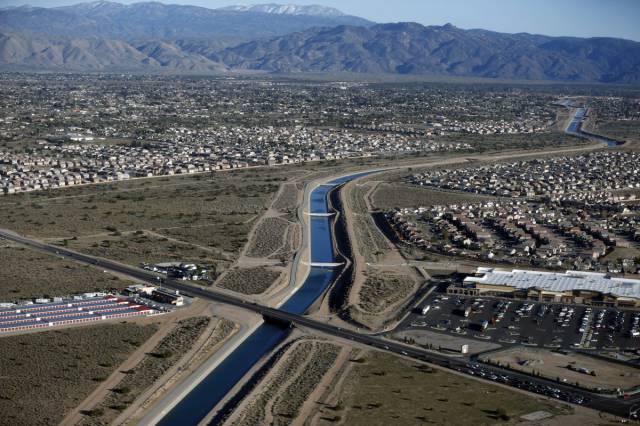 Vorpal 6 year s ago
These pictures are a year old. California is far from being out of drought, but the winter storms made a huge impact. Lake Oroville is 91% full now compared to 28% in December.
Reply
Powered by