34 year-old Liz Clark, a former bartender and a self-proclaimed “she-pirate,” quit her job in San Diego, California in 2006 and has been sailing around the world since. She was offered a Cal 40 sailboat with only one condition: she had to document all her adventures. Naturally, “Captain Lizzy” took this opportunity. In 2013 she welcomed aboard a 6-month old kitten that she rescued. Now the two of them are inseparable and share a life full of adventures. 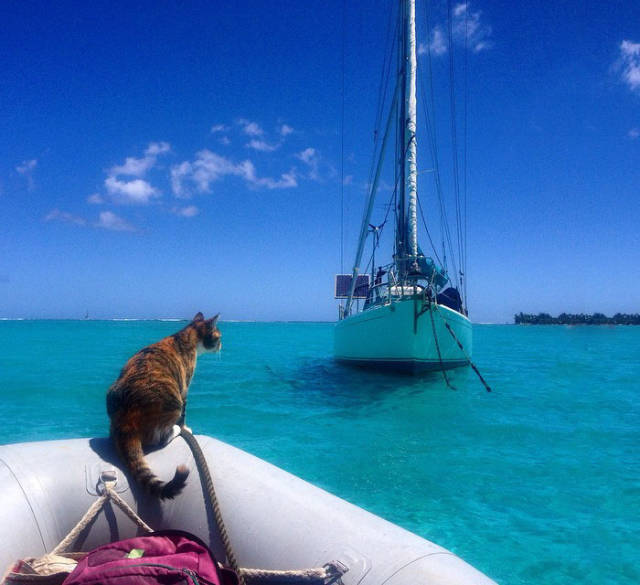 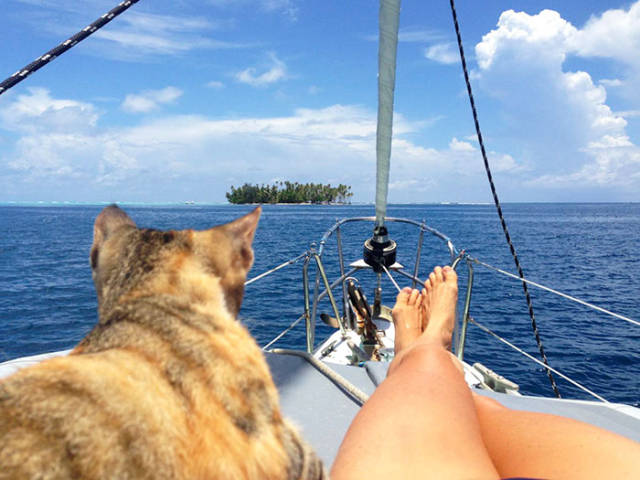 In 2013, she welcomed a 6-month-old kitten that she rescued aboard and named her Amelia 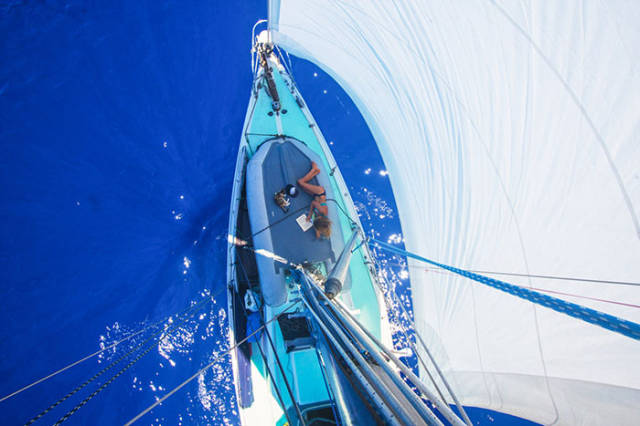 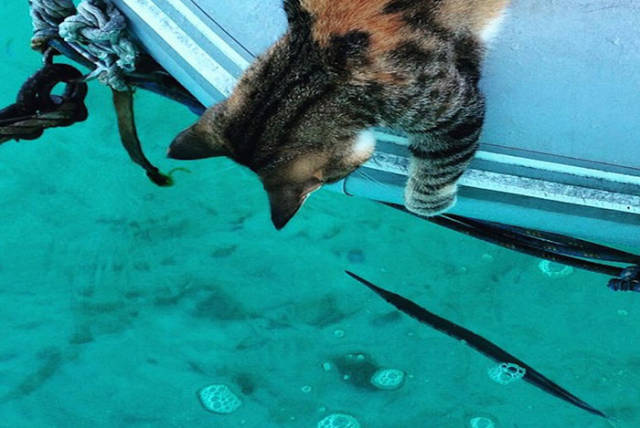 “She has adapted to living surrounded by water” 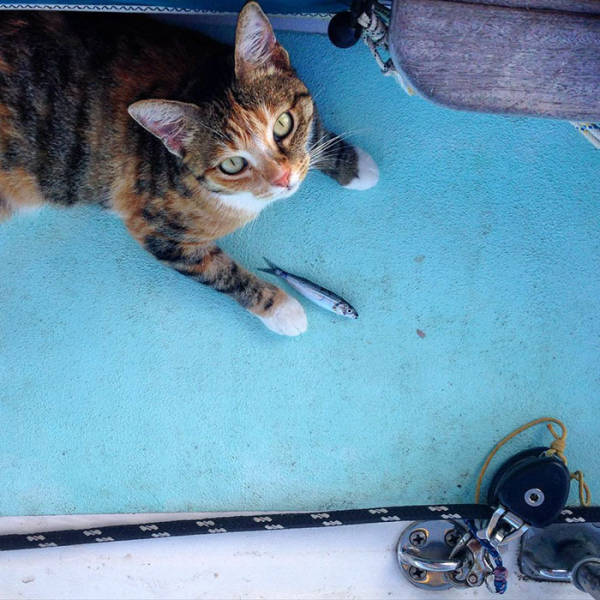 “She has to go out of a cat comfort zone often” 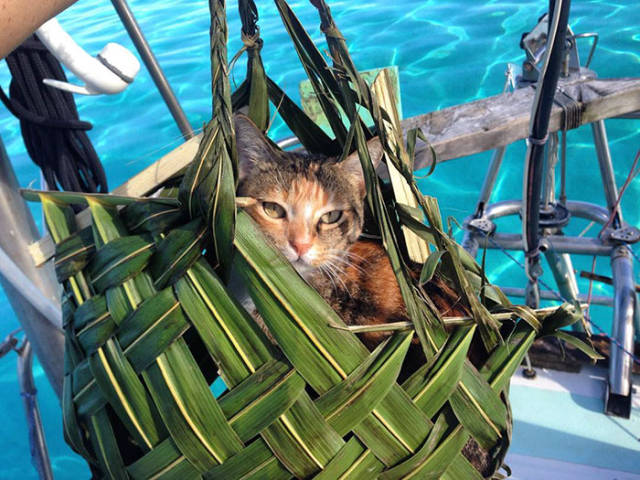 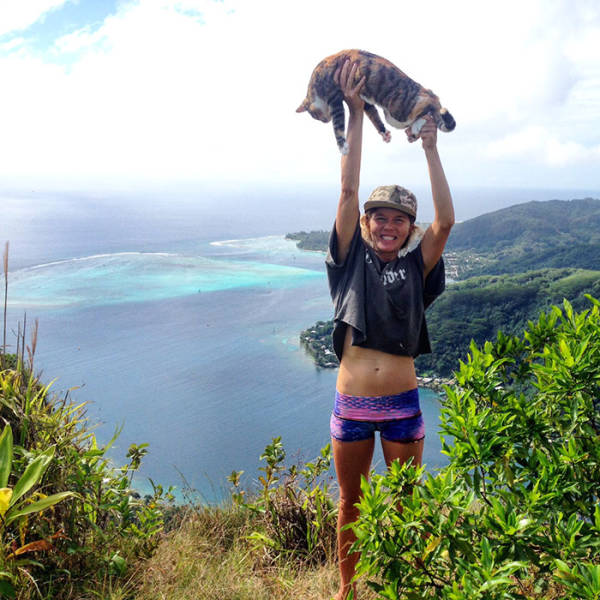 As well as enjoying the pleasures of SPA together… 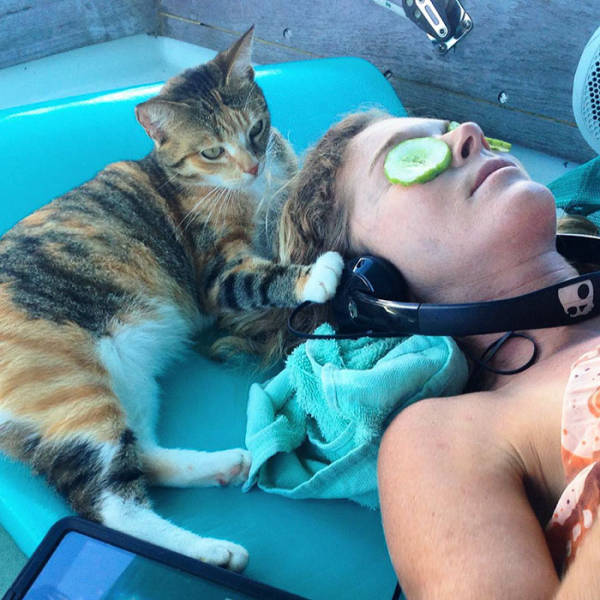 She sure has a similar thirst for adventure as her human! 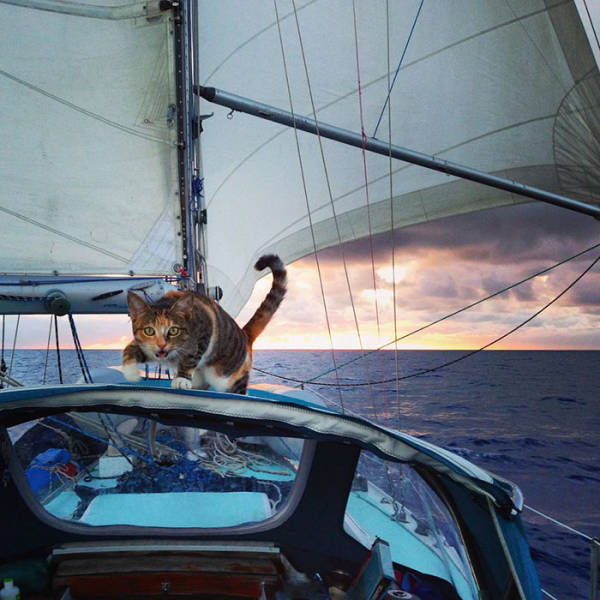 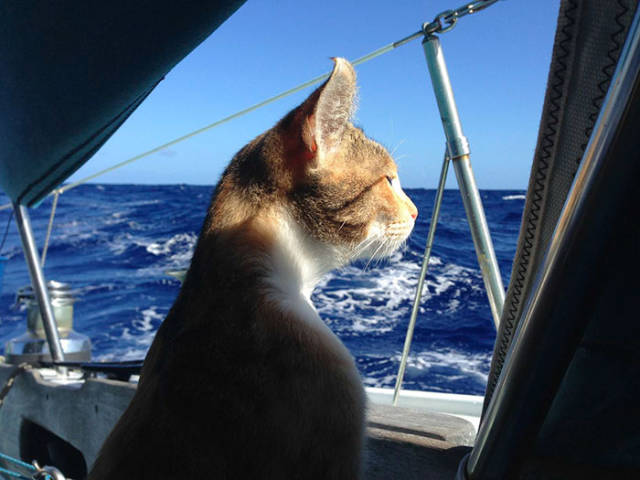 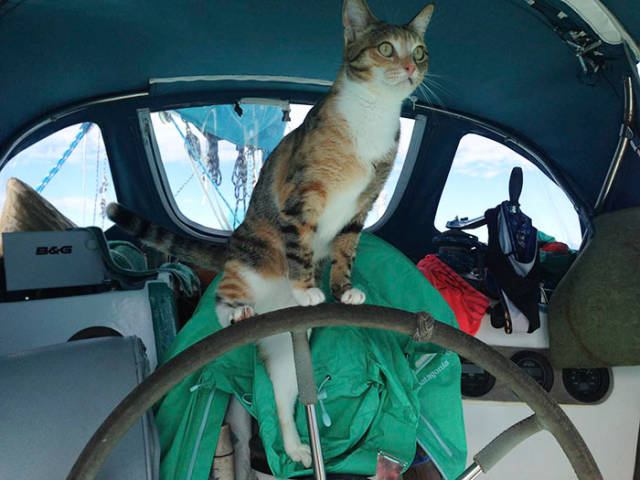 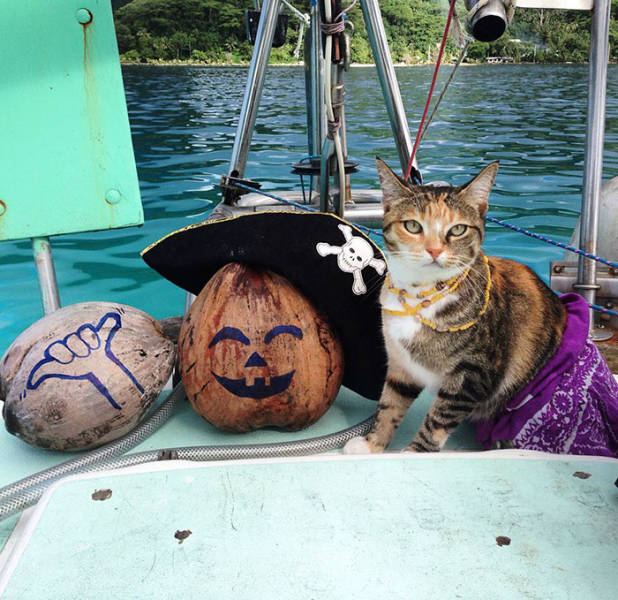 “When I left I didn’t know how I’d make money, and I don’t come from a wealthy family or anything, like many people assume” 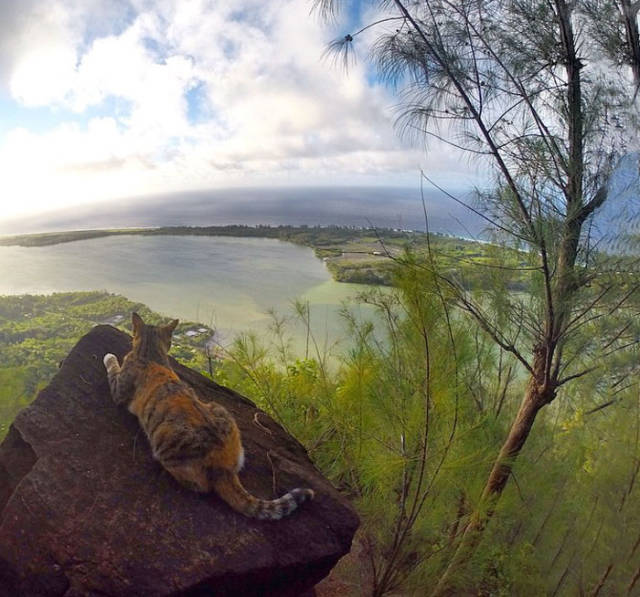 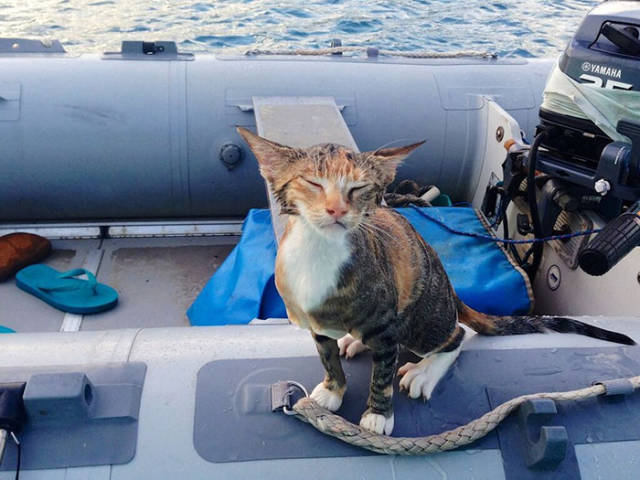 “I sleep on a pool mat under the stars” 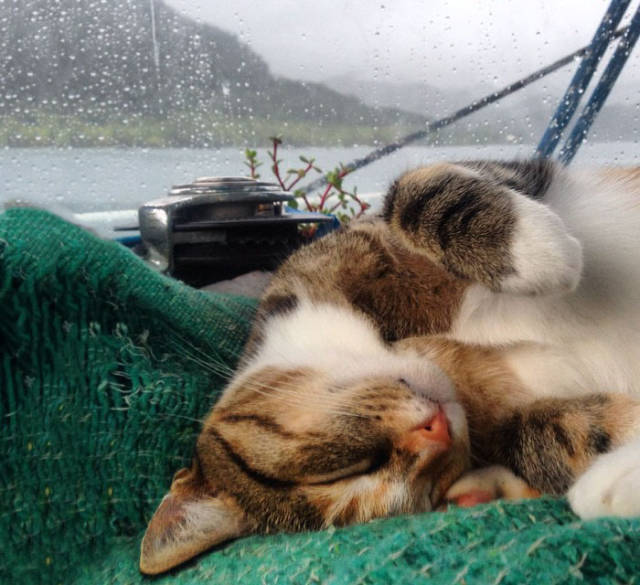 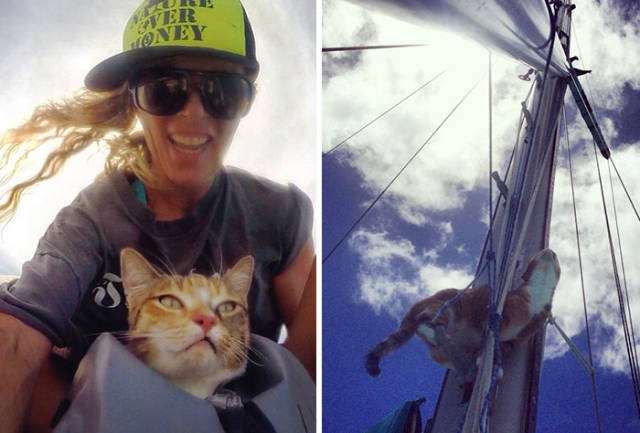 “She makes Swell [the yacht] feel much more like a home” 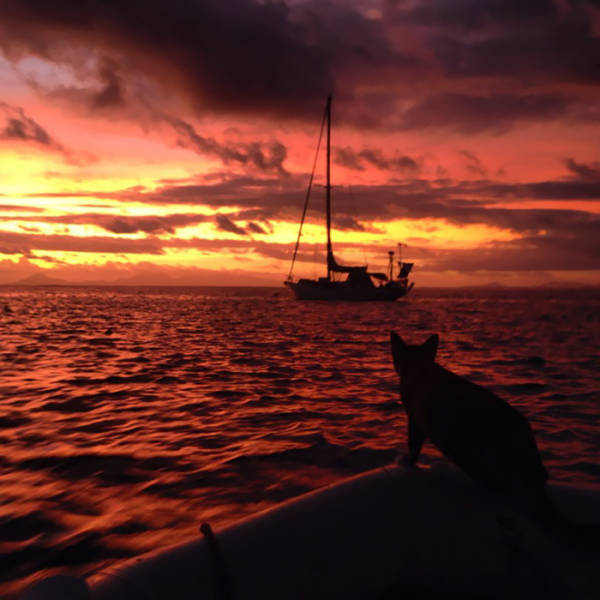