What Things People Call "American" Around The Globe (14 pics) 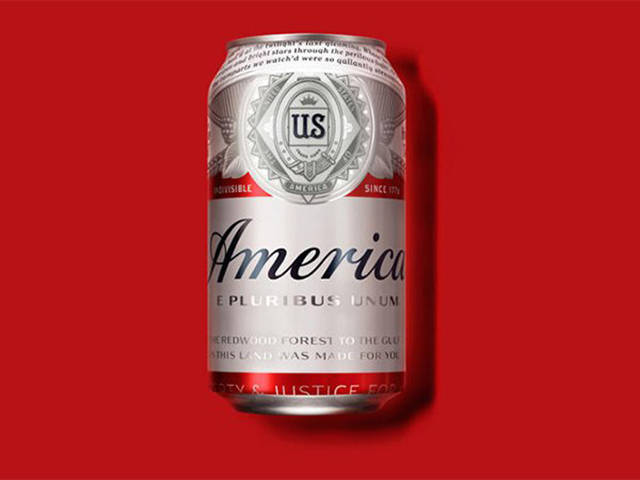 “Wolna amerykanka,” or “free American” is a type of “anything goes” wrestling in Poland. It’s also a phrase that means something like “all bets are off.”

The open plan style of a kitchen (as opposed to the traditional style of being closed off by a wall) are called “American kitchens.” 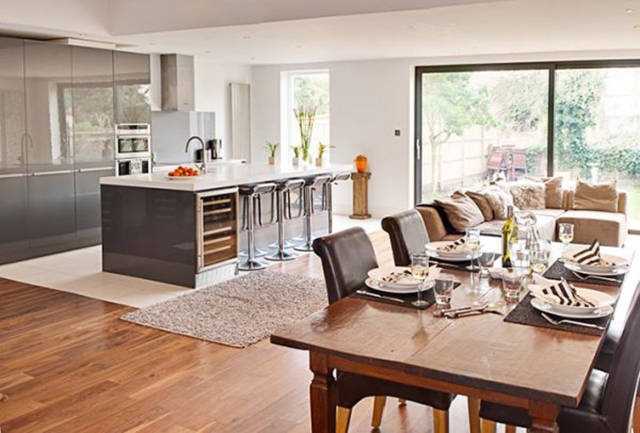 Cool Ranch Doritos are called “Cool American” in some European countries, because most people outside of the US don’t exactly know what ranch dressing is. 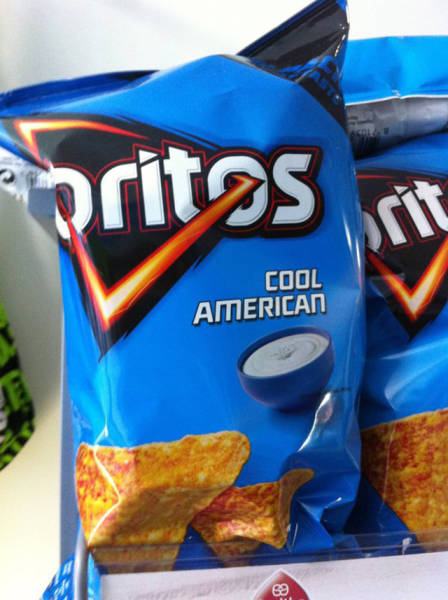 Speaking of dressing, there is an “American dressing” in Germany, but it’s more of a thousand island. 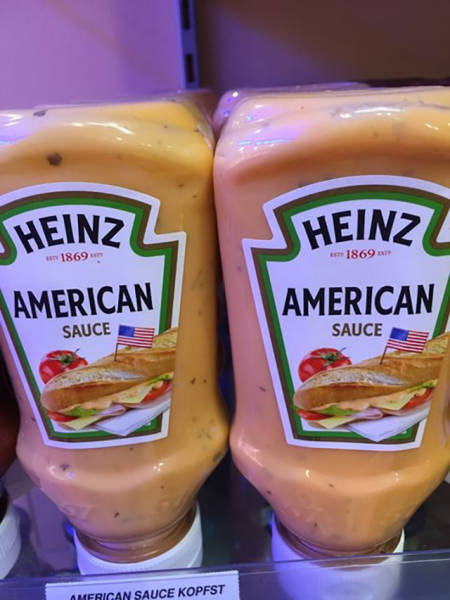 Stores in Belgium that sell camping and hunting equipment, along with tools, boots, military surplus and sporting goods are called “Amerikaanse Stock” or “American stock.” 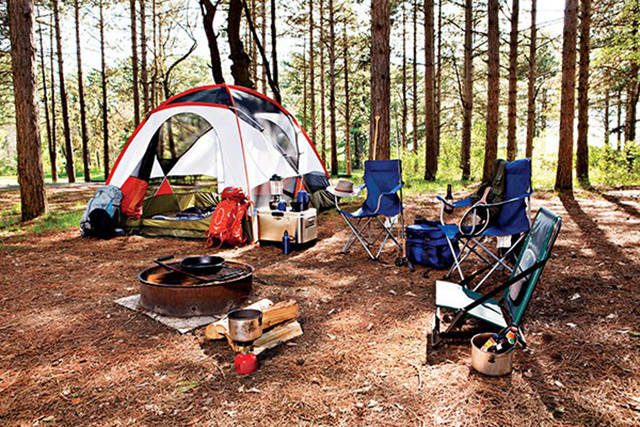 Apparently us Americans like potluck parties the most, because they’re called “amerikaanse five” or “American party” in Dutch, and “festa americana” in Brazil. 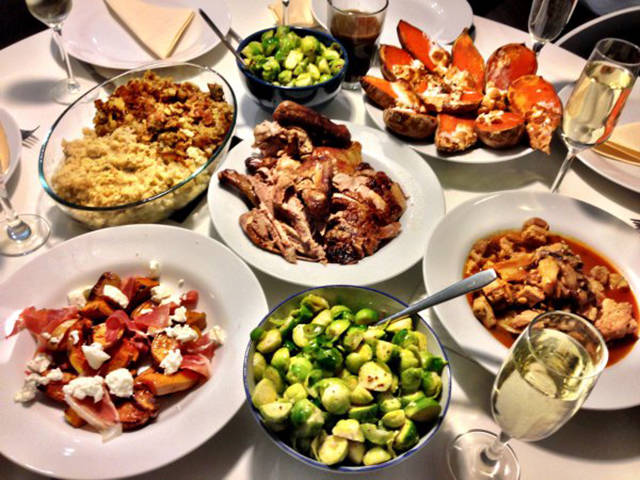 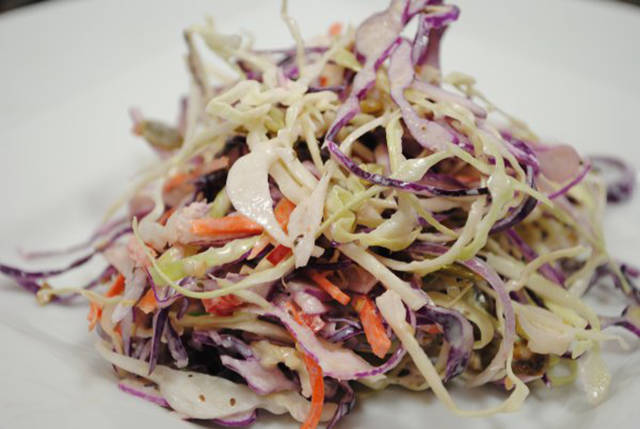 The “khao pad American” in Thailand doesn’t really show up in American Thai restaurants. It’s rice fried with ketchup or tomato sauce, and can be mixed with raisins and peas. Then it’s served with fried chicken, bacon, ham, hot dogs and croutons. With a fried egg on top, of course. The story goes that it was created during the Vietnam War when a lot of Americans were stationed in Thailand, and then it just turned into Thai comfort food. 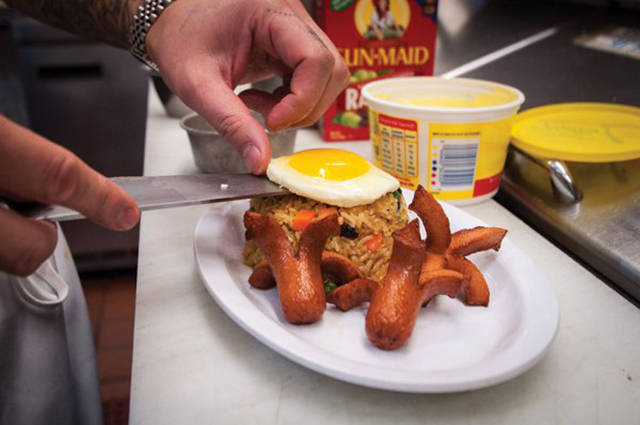 The Brazilian Portuguese language has the term “alface americana,” or “American lettuce,” AKA iceberg lettuce. 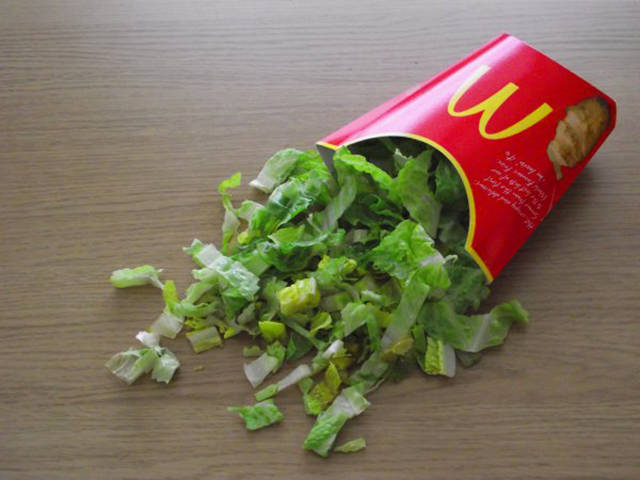 In Spain, the miraculous sticky stuff we call duct tape is known as “cinta americana,” or “American tape.” 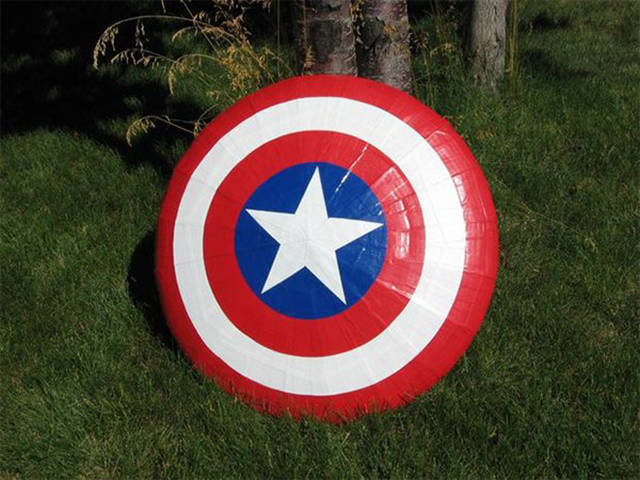 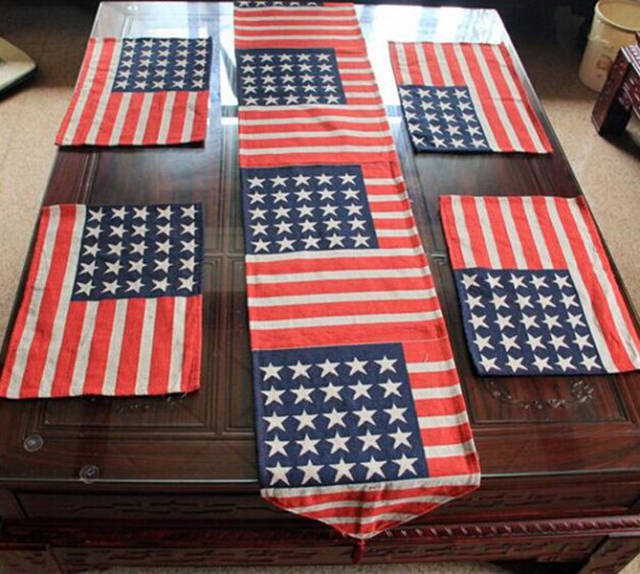 A corn dog in Japan is called an “amerikandoggu.” 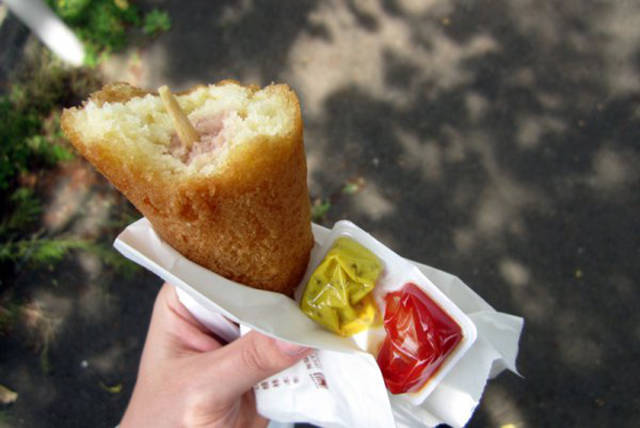 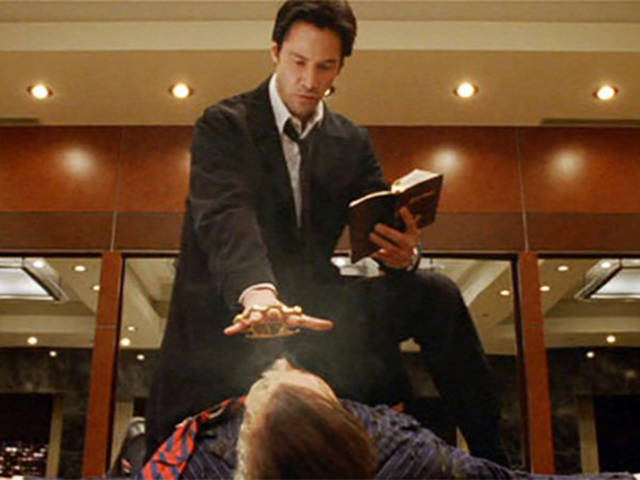