Weird And Curious Items That Fell From The Sky (9 pics)

Three metal spheres fell from the sky in Vietnam in January 2016. The largest object weighed about 45kg (99lb) and was found near a stream in Tuyen Quang province. Another orb landed in a local resident's garden in the neighboring Yen Bai region, while the lightest, weighing 250g (9oz), came down on a nearby roof before rolling onto the ground. Locals reported what sounded like thunder in the minutes before the objects were found. It is believed they belong to an old satellite that failed to burn up in the Earth's atmosphere, but since the objects don't appear to be damaged, they may be the result of a failed satellite launch. 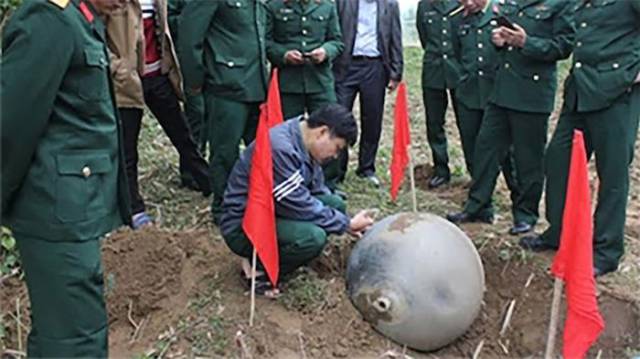 In June 2015, mysterious giant "vampire fish" fell from the sky, terrifying locals in a small Alaskan town. Arctic lampreys are not sold or found in nearby rivers and have five rows of sharp teeth. They were found both dead and alive in gardens, streets and even a parking lot in Fairbanks. The Alaska Department of Fish and Game believes the fish fell from the sky due to seagulls. A spokesman said, "Look closely at the bruising and cut marks. These marks are also on the other side of the lamprey. Evidence that they were squeezed between the bill of a gull." 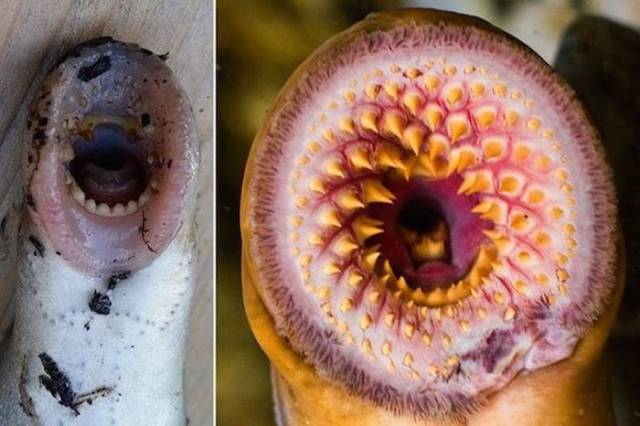 In April 2016, video of a U.S. Army airborne exercise in Germany showing a Humvee breaking free of its rigging and plummeting to the ground, followed by two more, went viral. Parachutes dropped the equipment on April 11, 2016, from planes with the 173rd Airborne Brigade. When the first Humvee breaks free, someone yells out "Oh yes!" It's followed by a second, then a third and increasing laughter on the video. The Army says nobody was hurt. It's now investigating what went wrong—and who shot the video. 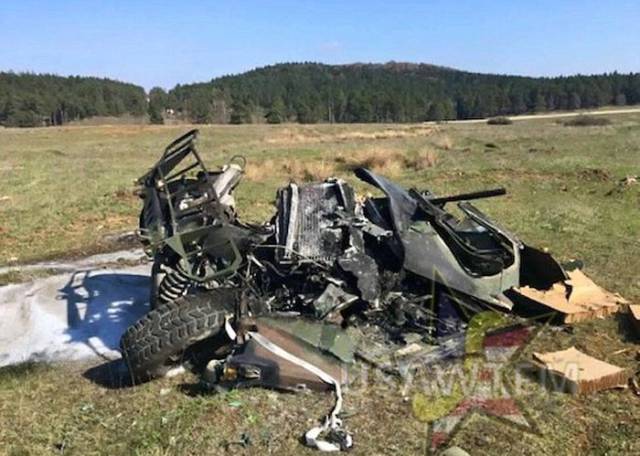 On November 30, 1954, a meteorite crashed through the roof of a home in a then-unincorporated area near Sylacauga, Alabama striking resident Ann Hodges. Hodges was napping on her living-room couch when the meteorite came through the ceiling smashing into her hip. When she saw the rock, she thought children were to blame, but geologist George Swindel, who was conducting fieldwork in the area, tentatively identified the object as a meteorite. Hodges became a minor celebrity over the next few weeks with offers to buy the meteorite pouring in from across the globe. Unfortunately, a three-way court battle involving Hodges, the USAF, and Birdie Guy, the owner of the rental house, ensued to determine ownership of the meteorite. Hodges eventually obtained the meteorite from Birdie Guy for the price of $500 (roughly $4,000 today), and it is now in the possession of the University of Alabama. 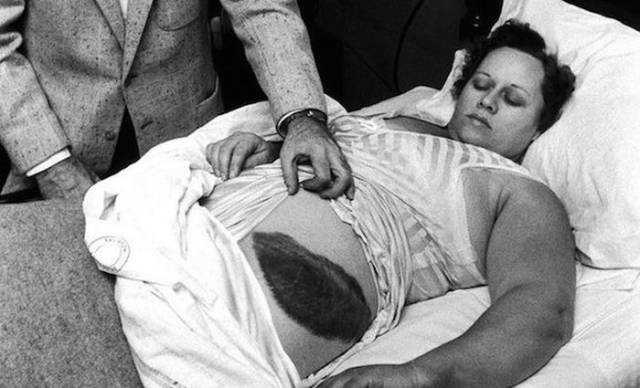 A turtle crashed through a car's windshield on I-4 in Deltona, Florida in May 2016. Nicole Bjanes was driving at about 75 miles an hour when, as a Florida Highway Patrol officer explained, “A vehicle in front [of Bjanes' car] ran over the turtle. The turtle was thrown airborne and struck the windshield shattering it.” The reptile came through her windshield, bounced off the passenger seat, and then landed on her dashboard. Bjanes was treated at the scene for minor cuts by EMS. The turtle survived unscathed. Bjanes and first responders put it in a nearby pond where it swam away. 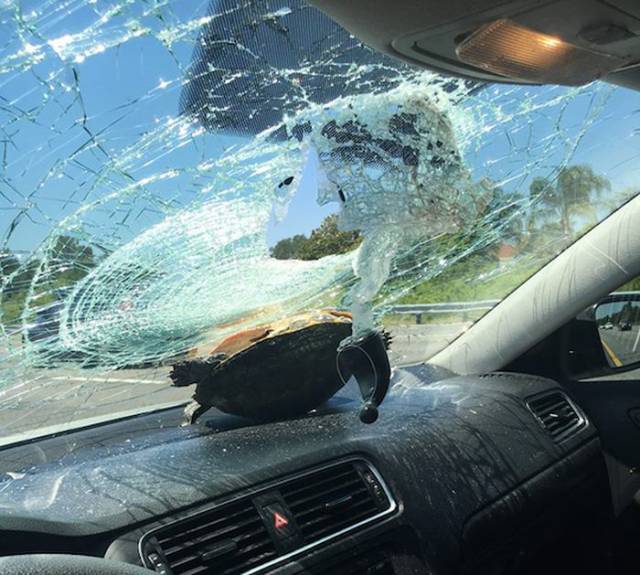 In Lake County, California (now Napa) on September 2 and 11, 1857, a shower of candy fell on some portions of the county. A report of the incident stated: “It is said that on both of these nights there fell a shower of candy or sugar. The crystals were from one-eighth to one-fourth of an inch in length and the size of a goose quill. Syrup was made of it by some of the lady residents of the section.” 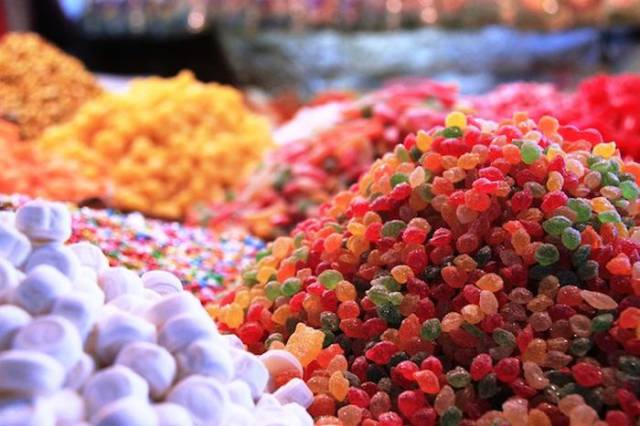 A Nogales, Arizona family discovered a bundle of marijuana had crashed through the roof of their carport in the middle of the night and landed in an empty dog crate. The weed was likely dropped by an ultralight aircraft. Police suspect pilot error may be to blame because the bundles are usually dropped in city outskirts or the desert. The homeowners found the 28-pound package—wrapped in brown and black tape—the next morning. It was upright in the middle of the plastic dog crate, right below a hole in the carport roof. Police say the marijuana has a street value of about $10,000. 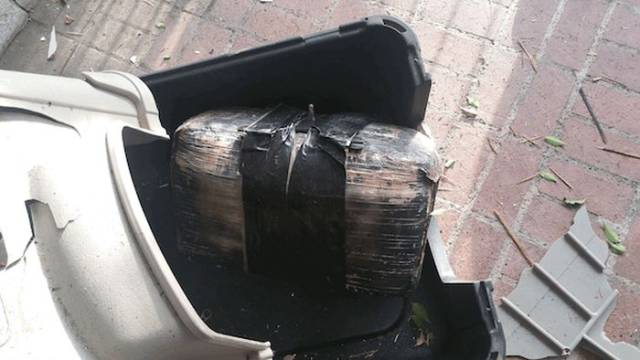 A plane allegedly dropped human waste mid-flight, covering a 16th birthday party in feces in Levittown, Pennsylvania. Joe Cambray said his stepdaughter's party was ruined when the more than 40 guests were left horrified as human waste suddenly fell from overhead, just minutes after they had cut the birthday cake. Some of it landed on the family's brand new canopy while other bits hit a baby seat. Cambray said a relative used an app on her smartphone to deduce that several airplanes were flying overhead at the moment in question. 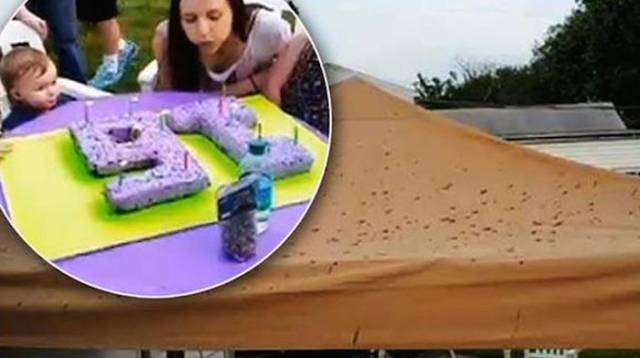 Residents of a remote Indonesia village recently discovered what they believed to be an "angel" on a beach. A fisherman found the human-like figure in April 2016 and claimed to have heard it falling from the sky. The fisherman took it to a house in the village of Kalupapi, where locals sat it in a chair and gave it a change of clothes and a new hijab each day for the next few days. Word of the fisherman's "angel" spread on social media—until the villagers were informed that their discovery wasn't an angel at all. "It was checked by one of our team," said local police chief Heru Pramukarno. "It was a sex toy." A local man, Iqbal, said he suspected that, despite widespread rumors to the contrary, the doll hadn't fallen from the sky at all, but had instead been dumped off the side of a passing boat. 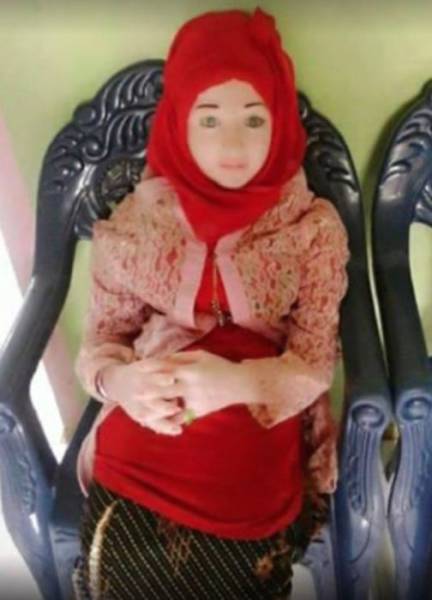 They're more conserned about the video since they don't want the world to see all their failures (and crimes). I guess if they find the guy that recorded the video, he will be accused and charged for treason just like Snowden..
Reply