The Most Stunning Cosplay Costumes Of London Comic Con (26 pics)

Over 100,000 people attend the London Comic Con every year. Many of them wear amazing and elaborate costumes of their favorite characters. Here’s a collection of people who nailed their cosplays, check ‘em out. 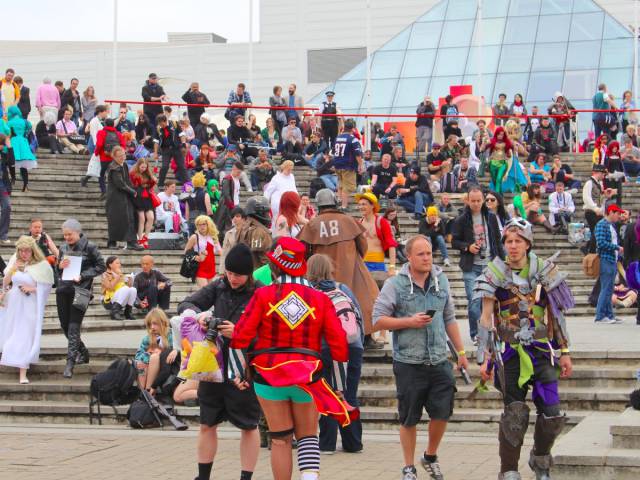 People of all ages turn up in the thousands dressed as their favourite characters, and manga — comics created in Japan — gave birth to the most popular cosplay ideas. 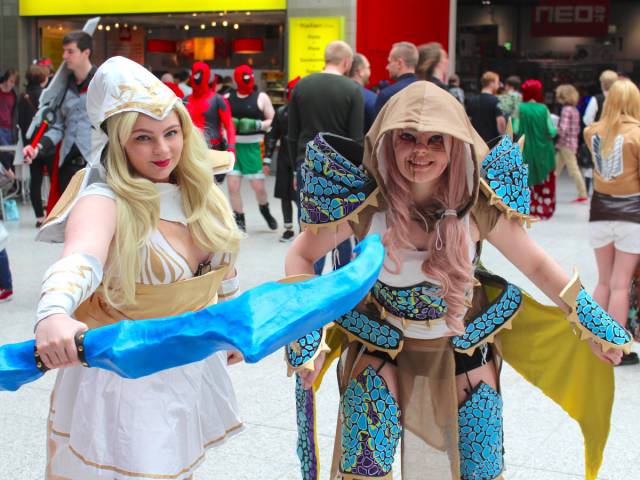 Many people dress as "kawaii," which is a term used in Japanese culture to denote the quality of cuteness. Here are three friends from "Love Live! School Idol Festival." 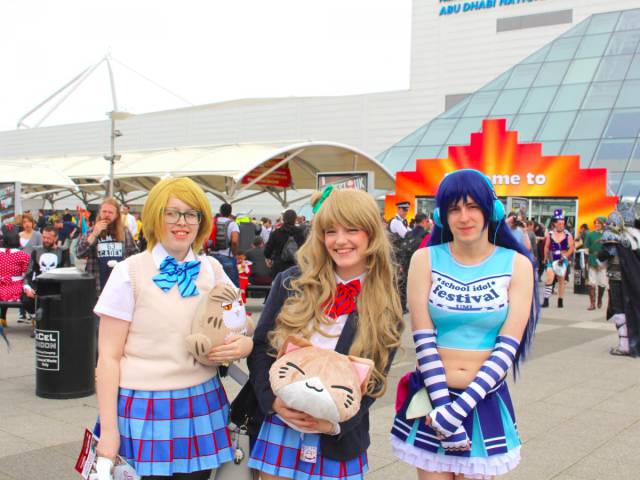 The manga characters range from the adorable to the deadly. A lot of friends would dress as complementary characters from the same series 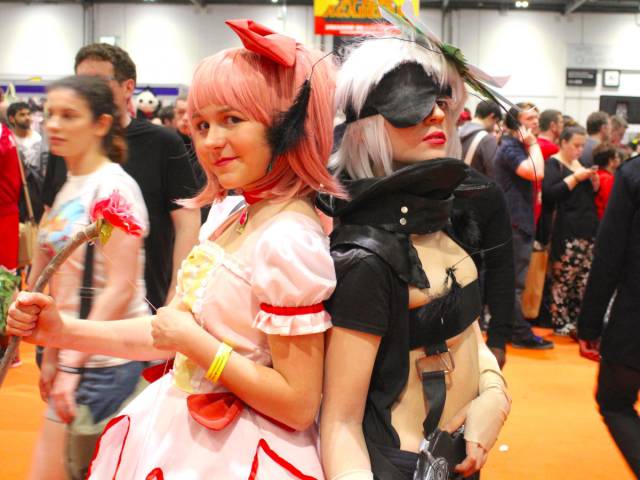 It also gives people a chance to play some kick-ass characters with fake weapons. 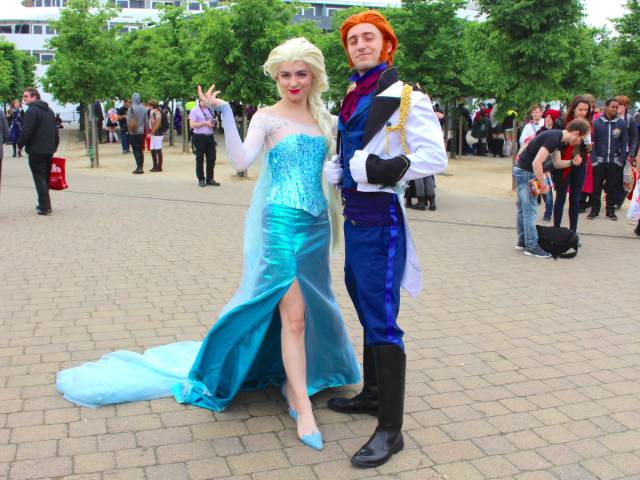 The character of Emily from Tim Burton's "Corpse Bride" was also popular. 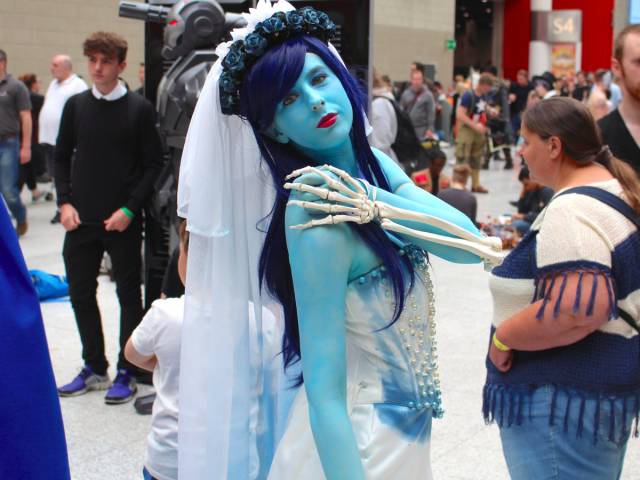 And some brides brought Viktor from the film too. 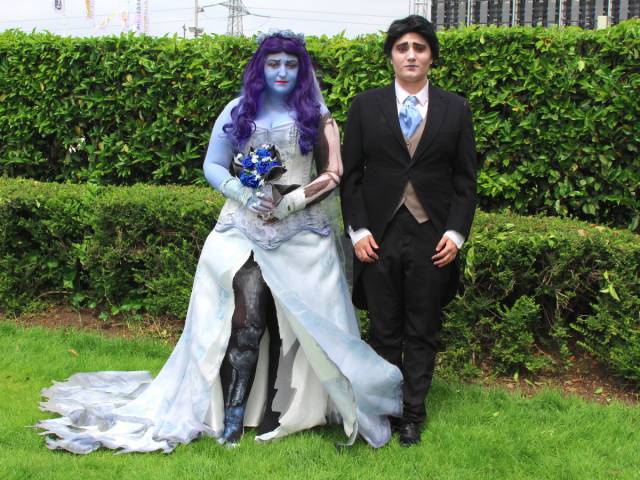 But war and action film and computer game related characters were massively popular and incredibly intricate. These soldier costumes from the computer game "Fallout" were heavy duty and the masks even had a voice-altering communications panel inside. 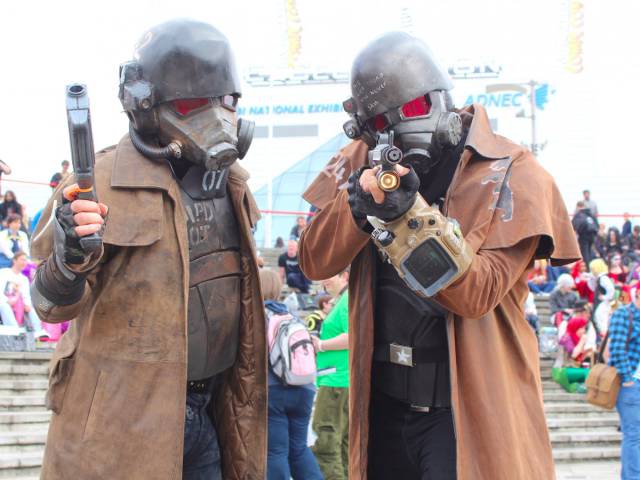 Some cosplay outfits could've been lifted straight from the films. One guy had a War Machine costume from the Marvel series "Iron Man." 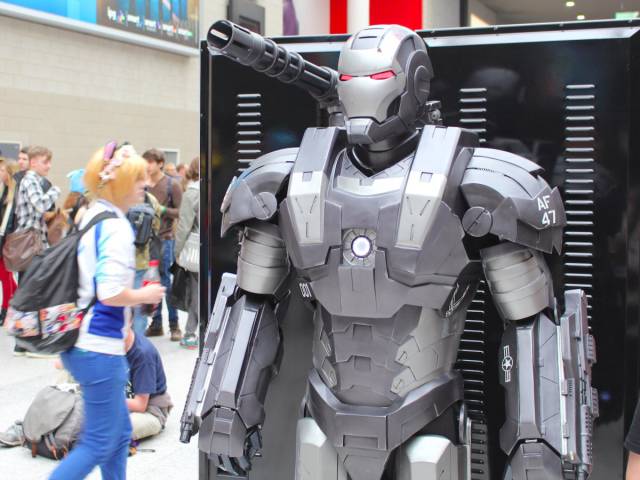 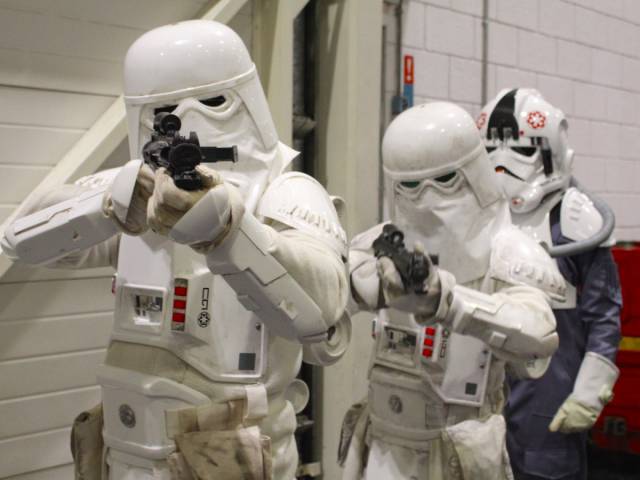 And here is a storm trooper, Kylo Ren, and famous starfighter lookalike from "Star Wars: A Force Awakens" Poe Dameron. 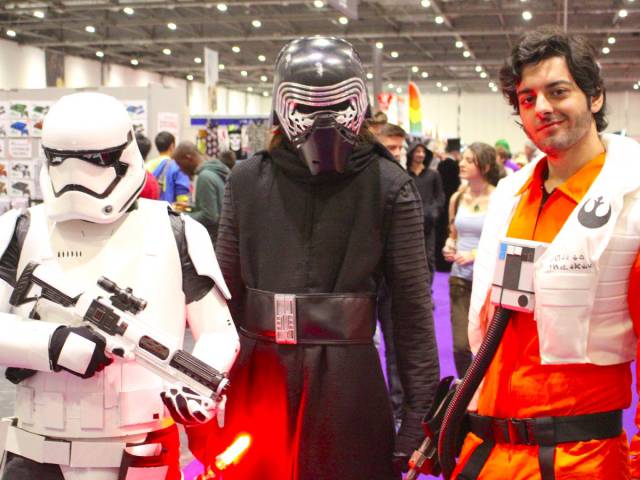 Some people meshed their favourite characters into a unique concoction. On the left, someone melded Darth Vader into a "Warhammer" space marine soldier while a girl on the right combined Harley Quinn with a space marine soldier — both creating over 8 feet high cosplay outfits. 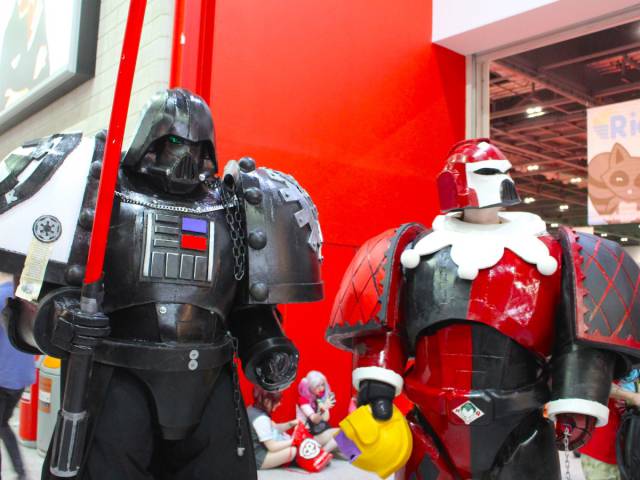 "Space Marines" are impressive to produce due to the iconic large shoulder pads and blocky armour. 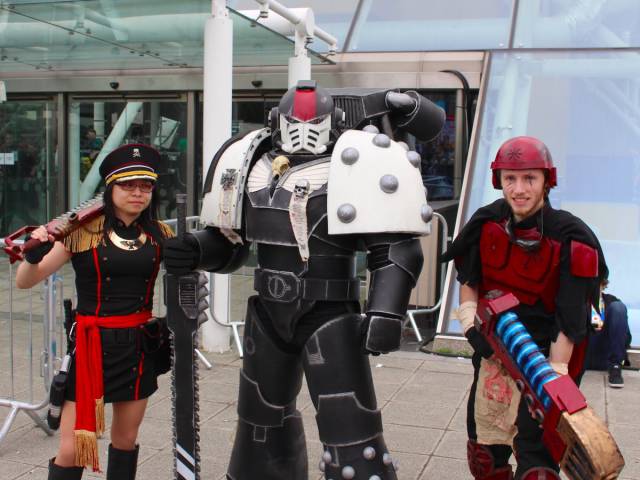 Some kept their armour more old-school and created characters from the "World of Warcraft" computer games. 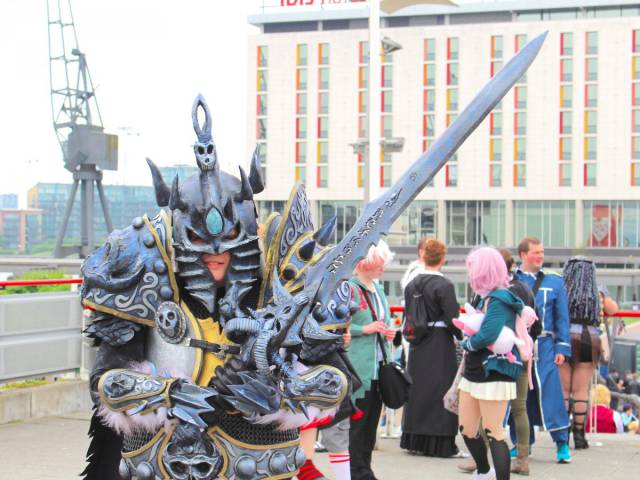 Here are two characters from the "World of Warcraft" computer game standing by the huge pod where Universal Pictures was showing the trailer for the movie adaptation, which is out now. 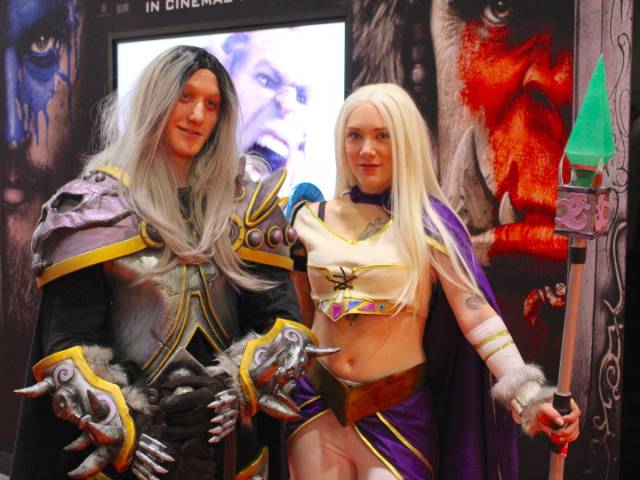 Computer games are a great birth ground for some seriously elaborate costumes. Here someone is dressed as a motorised-patriot — an automaton that tries to kill you in the game "Bioshock Infinite." 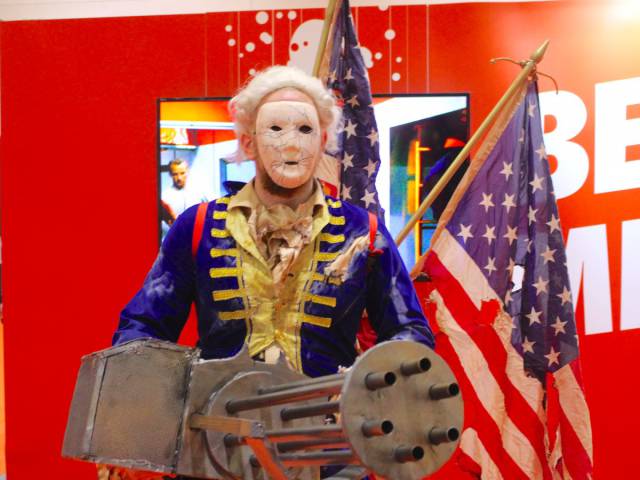 But classic sci-fi and fantasy films are also popular with the older cosplayer. Here is a family dressed as Predators from the movie and comic book series. 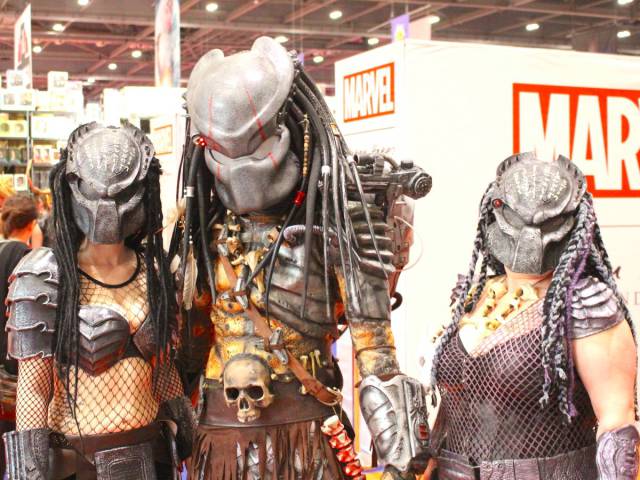 And of course, Aliens from the movie and graphic novel series of the same name were close by. 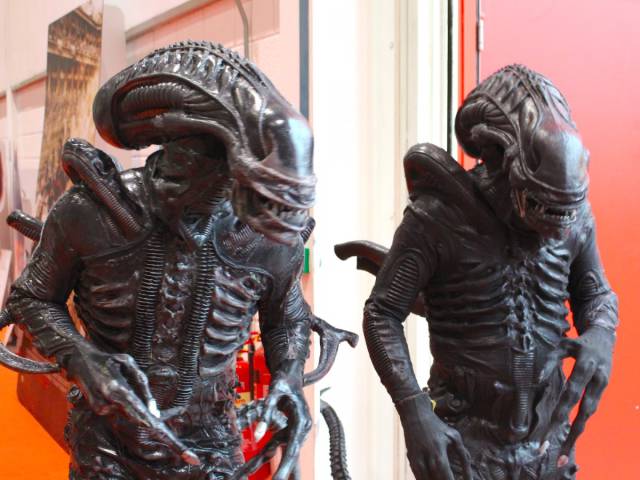 This year, steampunk — a subgenre of science fiction that incorporates Victoriana and technology that is steam powered and mechanised — had a huge turnout. 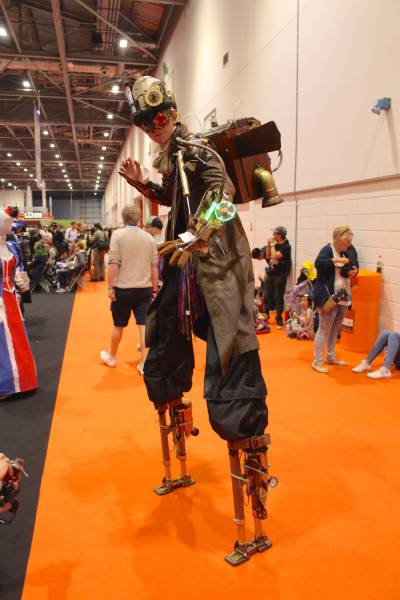 Steampunk has been growing as a sci-fi genre over the last few years and every year there is a huge festival in Lincoln, north England. 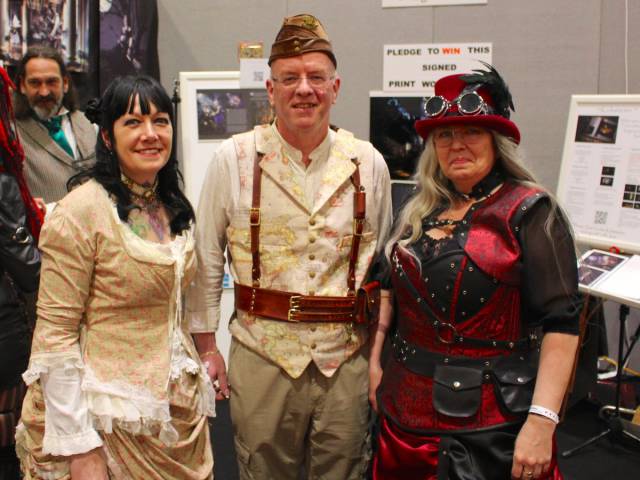 Most steampunk cosplayers have items that "work." So for example, this guy's contraption moved, made noises and looked and felt like a real-life steam powered pack on his back. 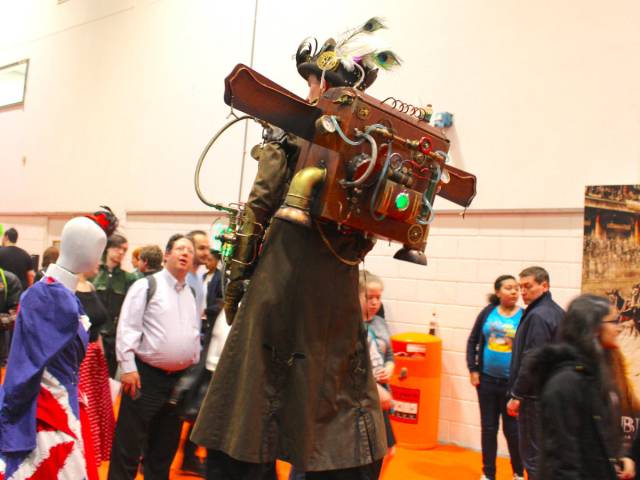 But some of the best outfits keep it incredibly simple. This guy, who was struggling a bit with walking, dressed as Baymax from Disney's "Big Hero 6." 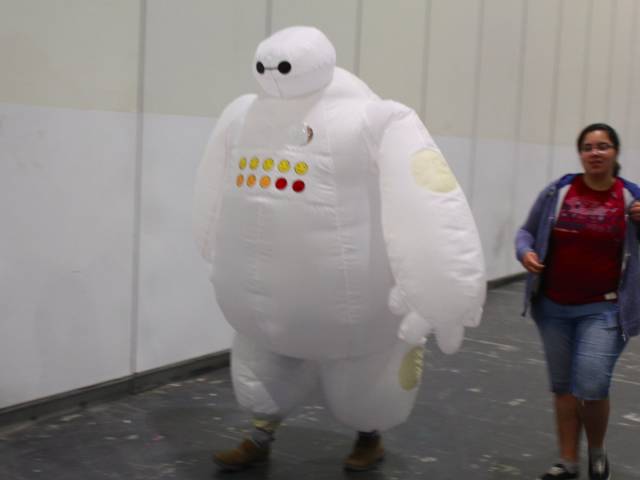 Sometimes the outfits that got the most laughs and pictures were ones that were an in-joke. Here this guy is from a scene from the incredibly popular anime series "Attack on Titan." He is one of the monsters — Titans — that penetrates a security wall in the series called Wall Rose. 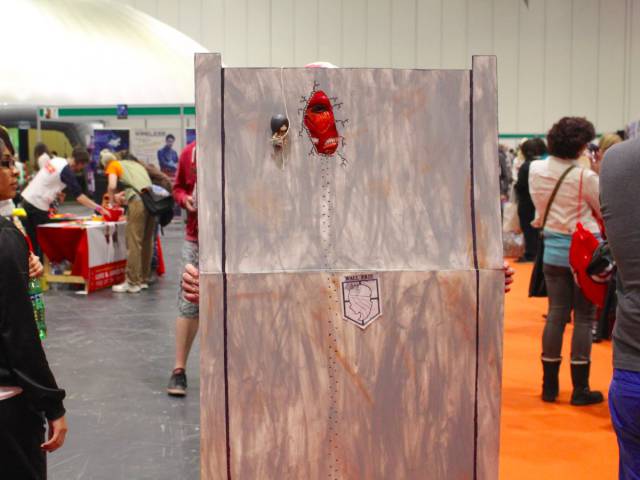 Some people kept it simple from classic cartoons so the whole group of friends could all match. Here, a group dressed as the gang from the 1960s cartoon "Scooby Doo." 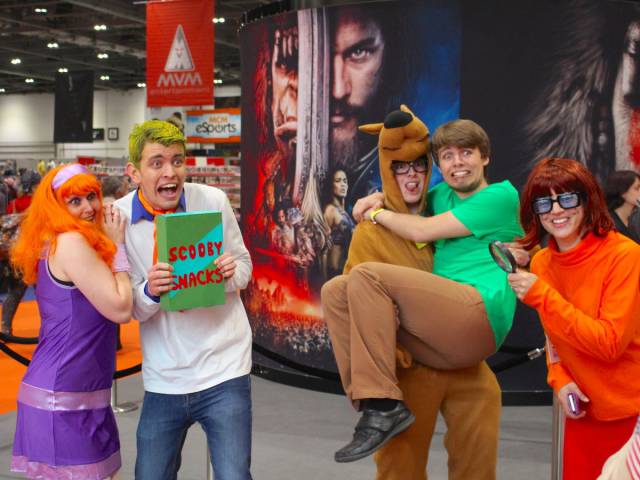 But cosplay is above all meant to be fun. This family were a hit around Comic Con as their simple costumes were perfect for their range of ages — the family of superheroes from "The Incredibles." 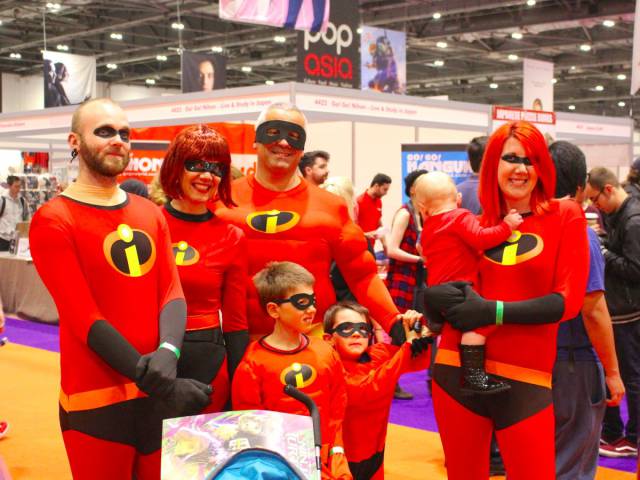 oddbal 5 year s ago
So i take it London Comic con sucked then??
Reply