When we lie, our bodies prepare for a fight-or-flight (stay-and-fight or run) scenario. To do this, our bodies wick moisture away from our throats and send it to our skin; if you suspect someone is lying, they may clear their throat to alleviate the dryness. 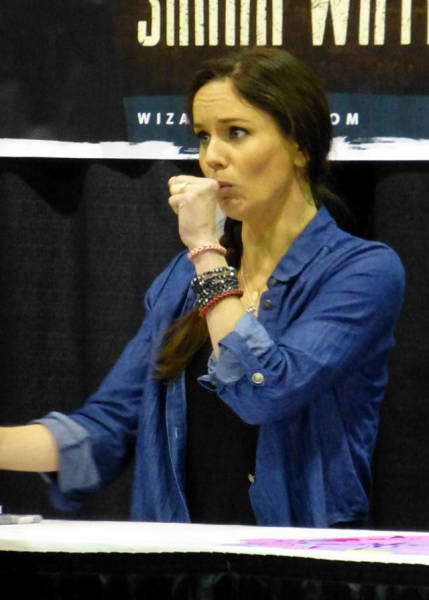 Similarly, all the extra moisture now present in the skin starts coming out as sweat, giving rise to the cartoon image of liars overheating and sweating profusely. 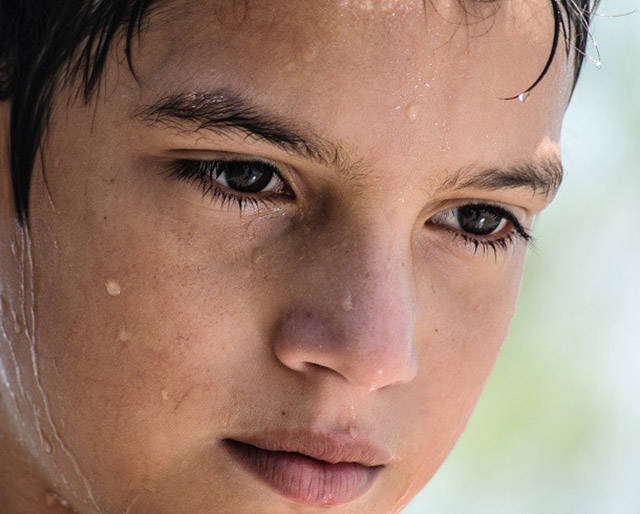 To get moisture back in the throat, liars often make subconscious movements which give them away. To stimulate the salivary glands to produce saliva, they can open their mouths and move the jaw left and right. Take a look at someone you think is lying to see if they show this behavior. 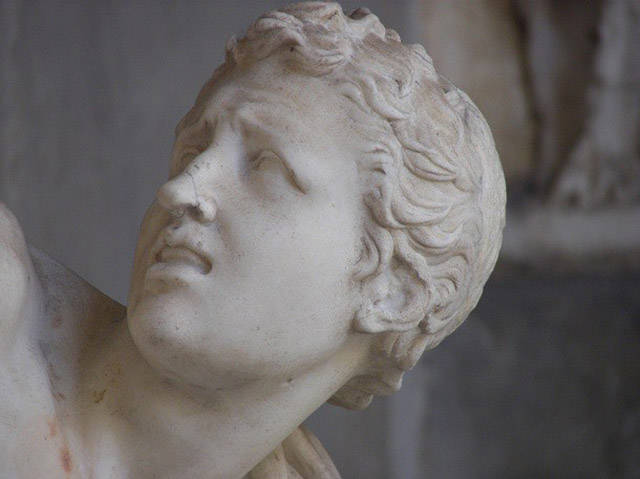 If someone recounts a story with just the basic outline, they may be lying. Truth tellers often use small, salient details from the story, such as the time or setting of the event they’re describing. Liars leave out these little details because they are harder to keep track of. On the flip side, liars may go into great (fake) detail when you ask them a simple question. This is a form of overcompensating for the lie by flooding the listener with details. (It should be noted that when we experience a traumatic event, our memory does not function properly and sometimes omits either sensory or verbal details. Thus, when someone is interrogated, it cannot be immediately assumed they are lying if they have trouble remembering what happened.) 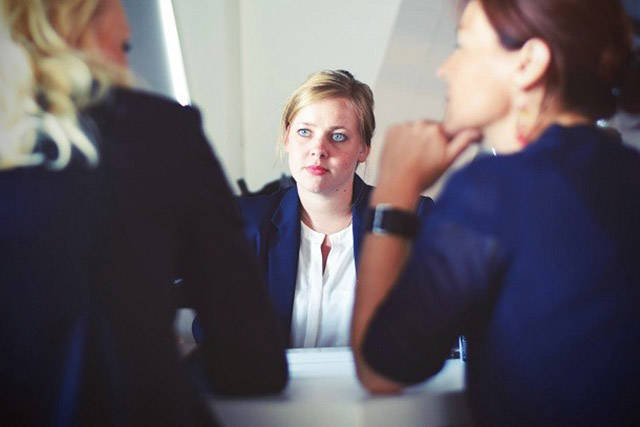 When we are under a greater cognitive load (such as doing calculus rather than simple addition), it takes us longer to think and process information. This greater load can lead to slower, choppy storytelling which seems to cause the person to think too hard. 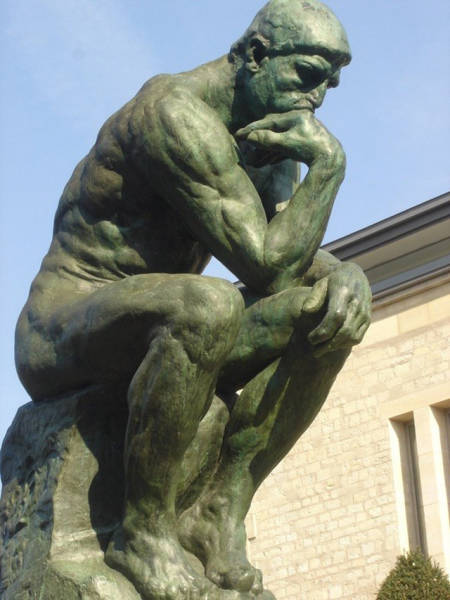 Most people who lie often feel at least a little bit of shame in doing so and will avoid eye contact. While the amount of eye contact a person is comfortable with differs from person-to-person and culture-to-culture, try noticing if they can’t look you in the eye. 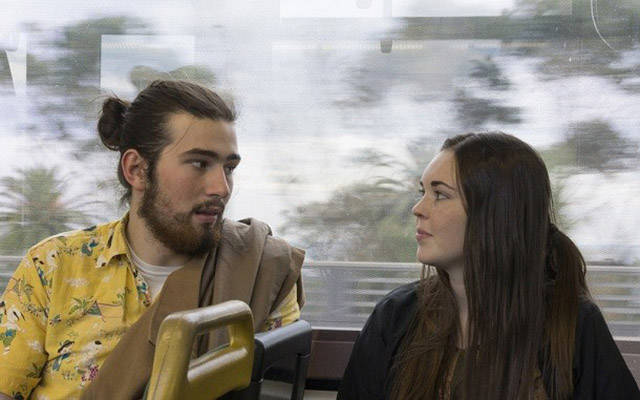 Eyes pointed towards the door

Body language is one of the biggest ways liars give themselves away. When their eyes aren’t looking at you, notice where they are looking at. If their eyes constantly point towards an exit such as a door, they are demonstrating the desire to remove themselves from the lying situation and the anxiety it causes.

Since a liar has to be careful their fabricated story doesn’t conflict itself, they’ll often speak slower than is natural to self-edit the story on the fly. 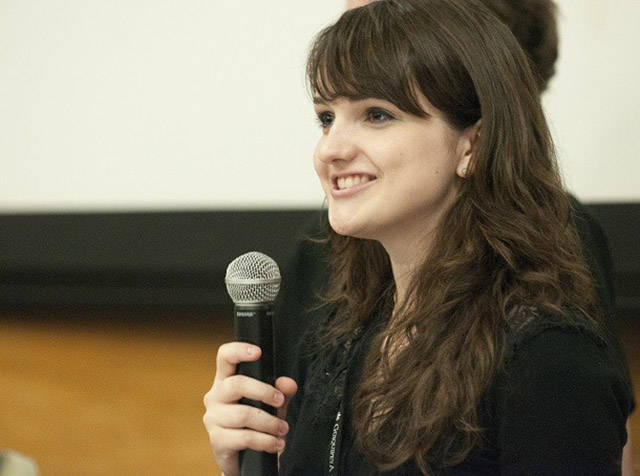 Someone who is lying will often be more physically reserved, keeping hand and head gestures to a minimum. This relates to the subconscious idea of being smaller and less noticeable. If they are less noticeable, the idea is that the other person won’t suspect something is up. This has the opposite effect, generally – avoiding gestures often gives away a liar. 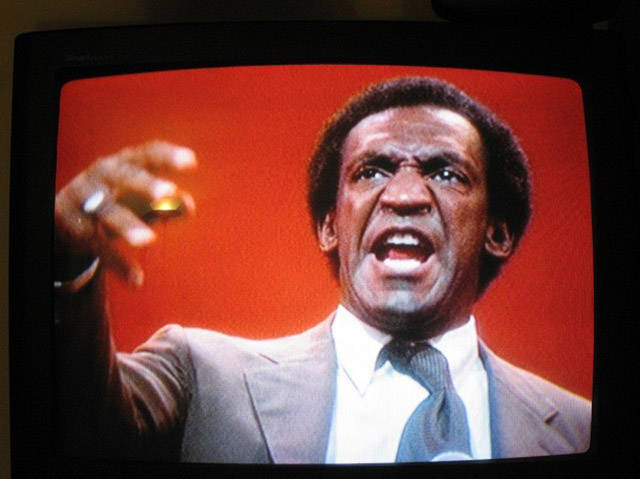 One of the most telltale signs of a liar is someone who tells extremely short stories and gets annoyed when you ask for more detail. Generally, the longer and more detailed their story, the more likely it is they are telling the truth. 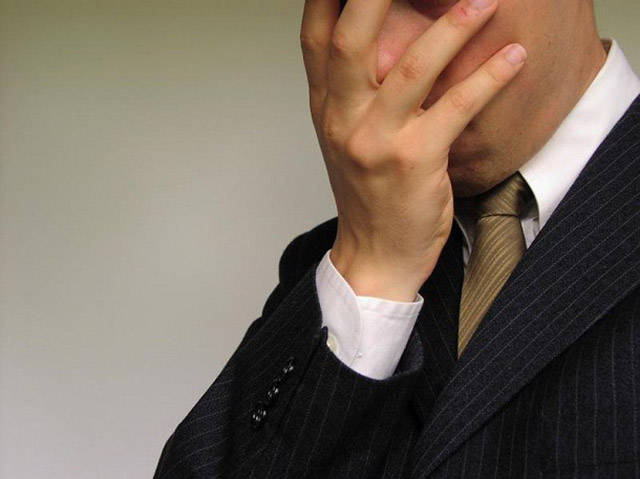 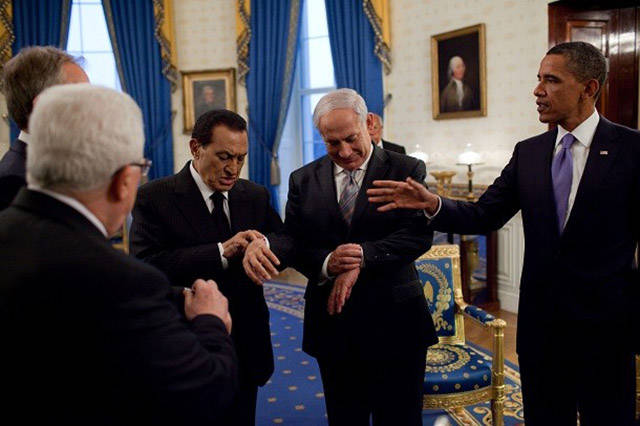 One of the most Hollywood depictions of a liar is with heavy breathing. Since our bodies are preparing for immediate, extreme action, our breathing increases to get more blood to our muscles. This deep breathing can be seen by watching someone’s shoulders rise and fall and is sometimes accompanied by a cracked or garbled voice. 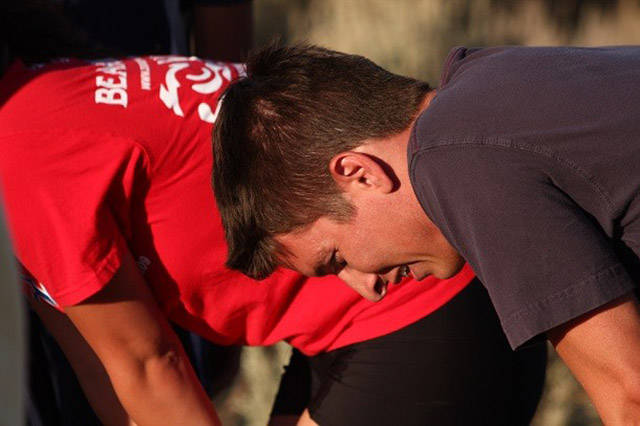 More commonly seen in people who are caught without time to develop a cover story, constant correction can be a red flag. People who lie have to modify the story so far from the truth that they often backtrack on what they say. For example, “I got there at 9 P.M. Well, it was more like 9:30 P.M. or 9:20 even.” 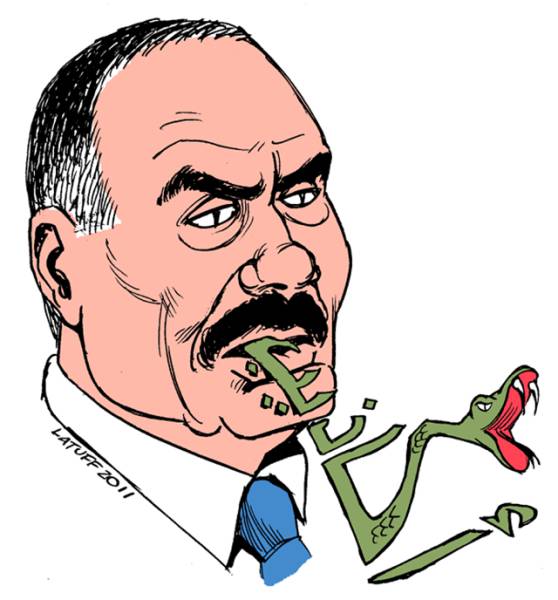 While at your next networking event, take a look at the feet of small groups of people talking to each other. Pointing one’s feet towards the other person is a sign of interest. Pointing the feet away, especially towards an escape route, may signal a lack of interest or that a person is lying. Of course this isn’t a hard-and-fast rule, but considering how rampant exaggerating one’s credentials is, see how many people you can catch fibbing at your next event. 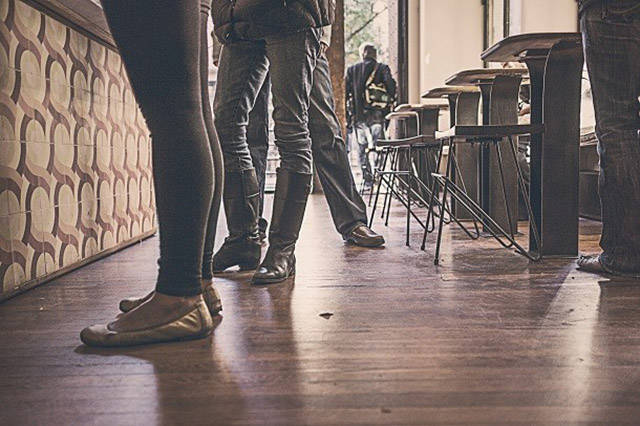 You can also look for a person’s head positioning at an event or in a conversation. Liars (or shocked/bored people) will often lift their chin, moving the head backwards to mentally move away from the source of anxiety or boredom. They may also jerk the head back when you ask a question which could out their devious ways. Leaning into the person who is talking is a sign of interest. 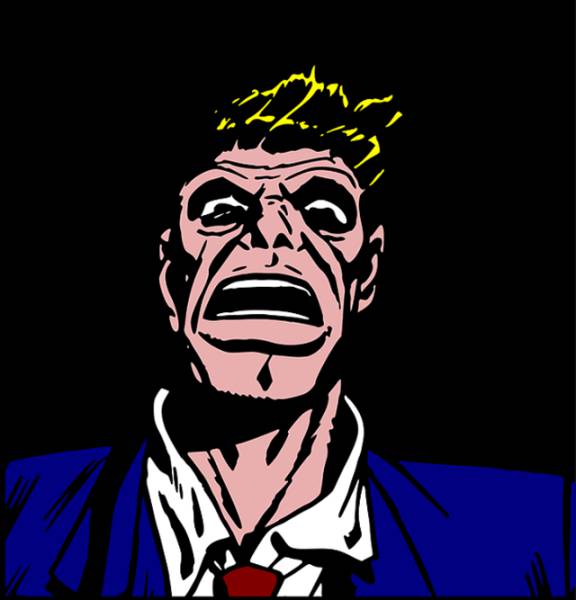 Besides moving their feet and head away, liars may often lean back to create a physical distance between themselves and the person they are lying to. The discomfort caused by lying often makes us distance ourselves (or leave entirely) from the situational anxiety. 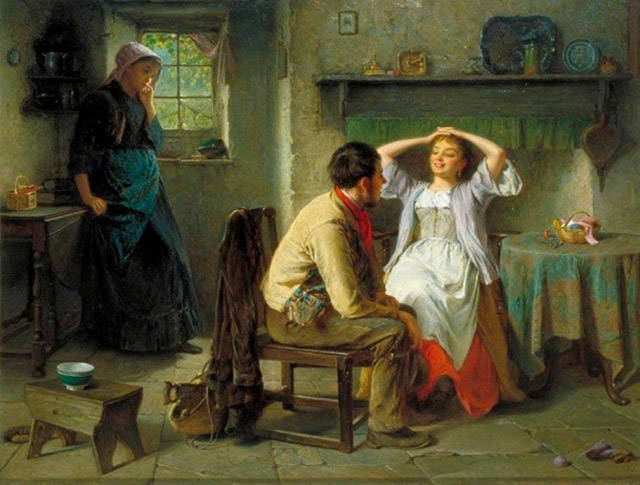 What happens when one cartoon character catches another lying? The liar will often freeze in place and look shocked. The same can happen for some people who lie. Rather than twisting their hands or moving around nervously, some liars will stiffen up straight, shocked but poised to make their next move. 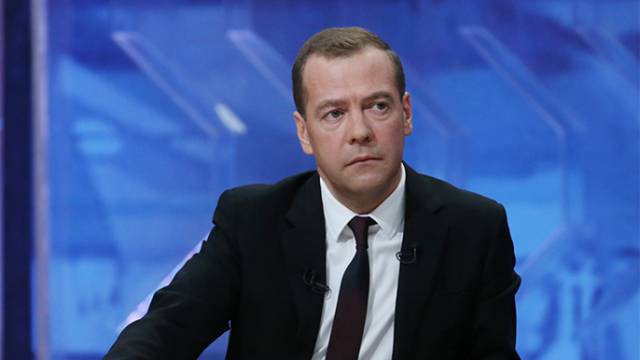 Truth tellers recount a story as it happened and are easily able to pull up the chain of events from their memory banks. Since liars are omitting facts coming into their head, they may tell a story erratically, passing the blame off to a poor memory. 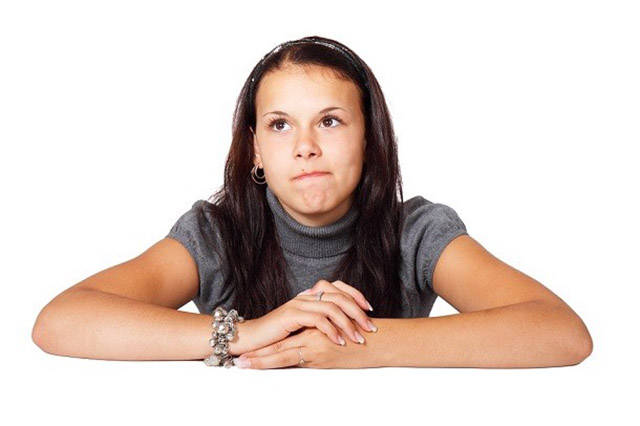 When you ask a question to a potential liar, look at what they do with things around them. Liars may dissipate anxiety by straightening their phone or moving a notepad further away – any physical movement to rearrange their nearby surroundings. 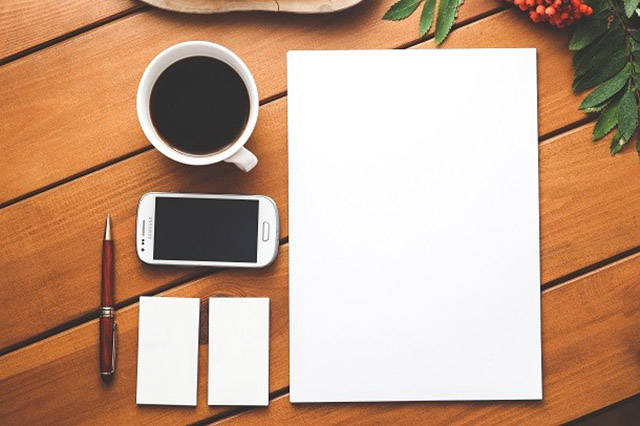 Straying outside of baseline

The reason polygraph test operators start with a serious of basic questions – “Are you a man?” or “Do you have black hair?” – is to establish a baseline of how somebody functions under normal conditions when telling the truth. Since each person acts differently and has their own unique quirks, it’s important to establish a baseline of the person’s behavior to know when they’re straying from it and potentially lying. (As for polygraph tests, just being asked questions knowing someone is looking to find you lying may create enough anxiety to make it look like you’re lying even when you’re not.) 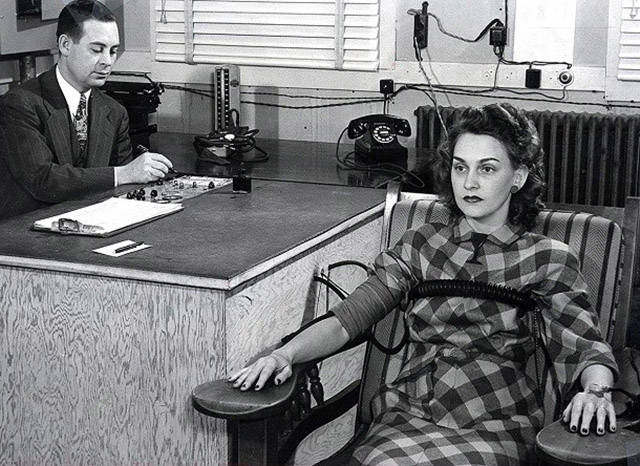 For cultures which use vertical head nods to mean yes and horizontal nods to mean no, a liar may experience a disconnect in their physical behavior and verbal communication. For example, they may say “yes” while giving the nod for “no”. 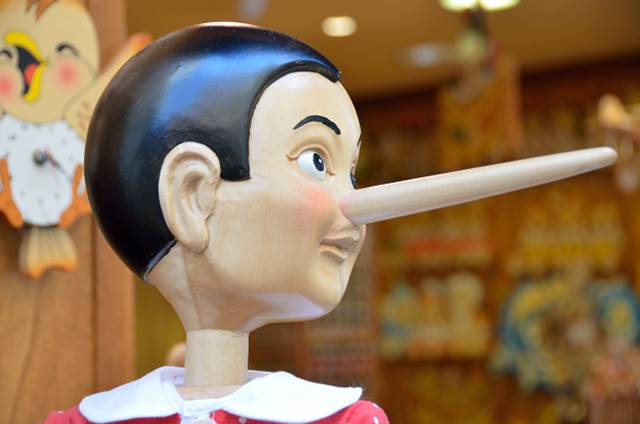 We’re not talking about a full shave here. Rather, if someone adjusts their hair or straightens out their tie, it may be a sign you’re not getting the real story. 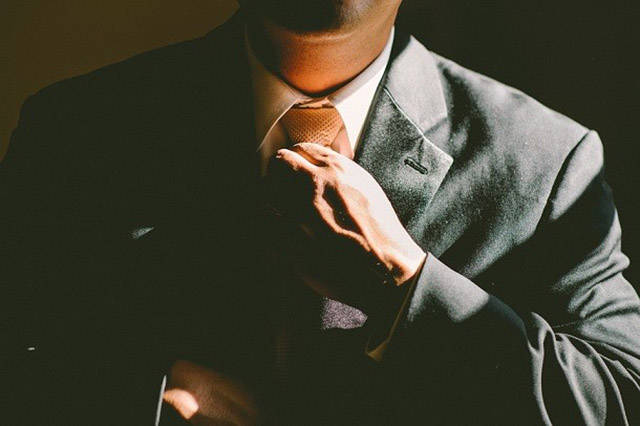 One of the most vulnerable parts of a human’s body is the suprasternal notch. You can find this spot by finding the top of your sternum and moving up. Since this is a clear and direct path to the esophagus, liars (or anyone feeling threatened) will psychologically protect it by covering it up with a hand. People wearing neck jewelry may play with their necklace to cover up the area. 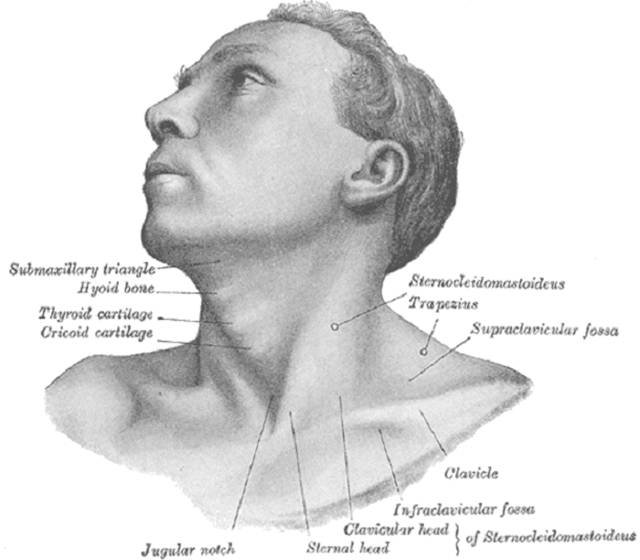 While avoiding eye contact or fidgeting nervously are obvious signs of a lie, some liars will overcompensate by maintaining strict eye contact with minimal blinking. (Financial fraudster Bernie Madoff was an expert at this.) This last fact goes to show that no one method on this list can be used exclusively or independently to condemn someone for lying. But, if you suspect someone of lying, they can be good ways to start building your case. 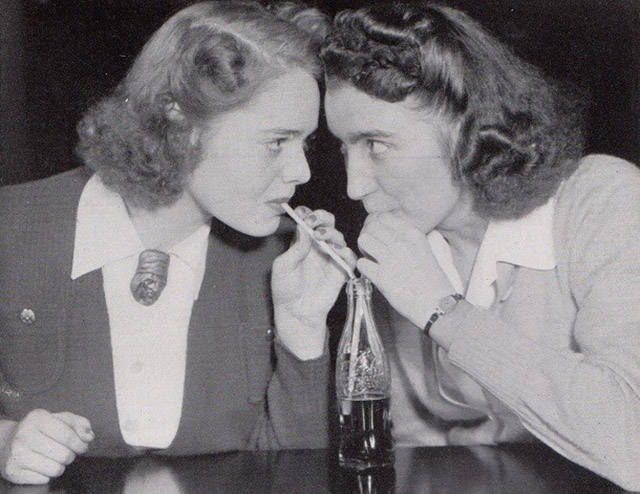