On February 18, 2013, eight masked gunmen robbed a Switzerland-bound plane containing around $50 million in diamonds, property of the Antwerp World Diamond Centre. The team used two vehicles with police markings to approach the plane where the gems were being transferred from a Brink’s armored van. The whole job took about 20 minutes, and the thieves took about 130 bags of gems. 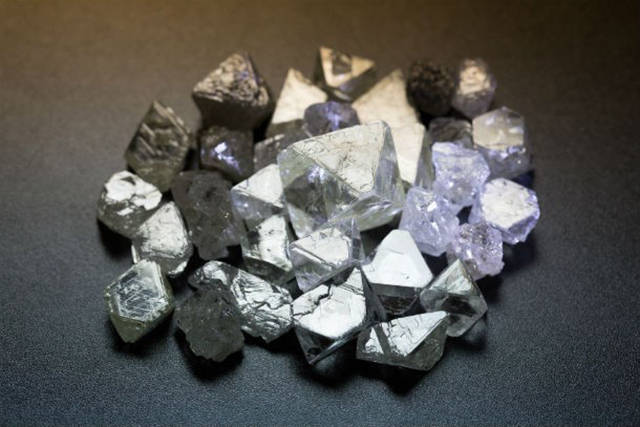 On January 26, 2014, a Sonali Bank branch in Kishoreganj was robbed of 169 million Bangladeshi taka after two men tunneled their way into the vault from an abandoned room of a neighboring house. Unfortunately for the robbers, the Hollywood-style heist didn’t have a happy ending even though it was almost perfectly executed: the mastermind behind the biggest bank robbery in Bangladesh history was eventually arrested. 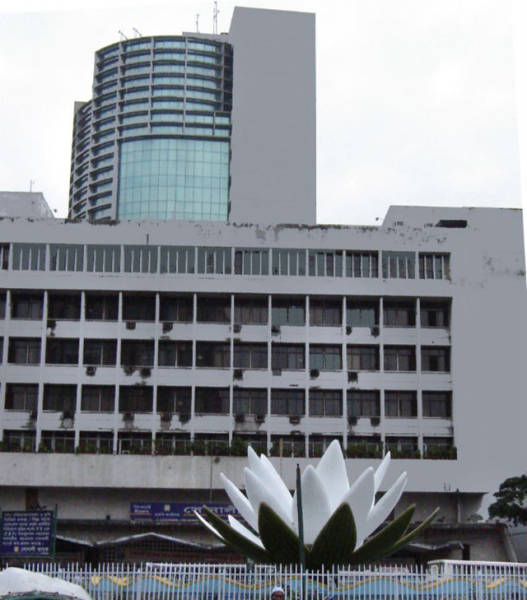 On January 20, 1976, a group associated with Yasser Arafat’s Palestine Liberation Organization (PLO) exploited the chaos of the country’s civil war and broke into the British Bank of the Middle East in Beirut. The robbers blasted through a wall which the bank shared with a Catholic church then cracked the bank’s vault and plundered its contents (anywhere from $20 million to $50 million in gold bars, Lebanese and foreign currency, stocks and jewels). Today the loot is valued at more than three times what it was worth in 1976. 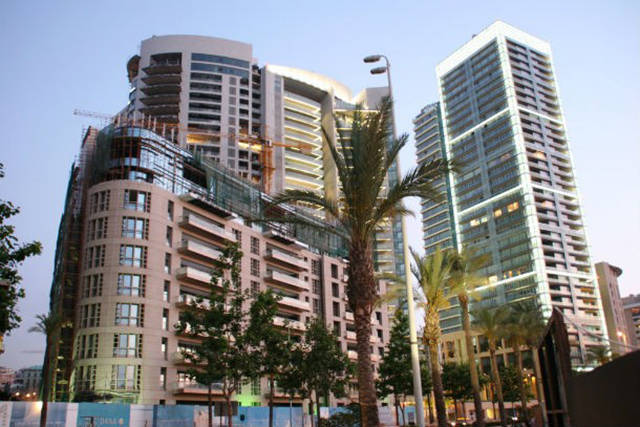 Known as America’s first bank robbery, the 1798 Bank of Pennsylvania heist occurred in the predawn hours of September 1, 1798. $162,821 was stolen from the bank, which may not seem like much, but back then, that was a lot of money. 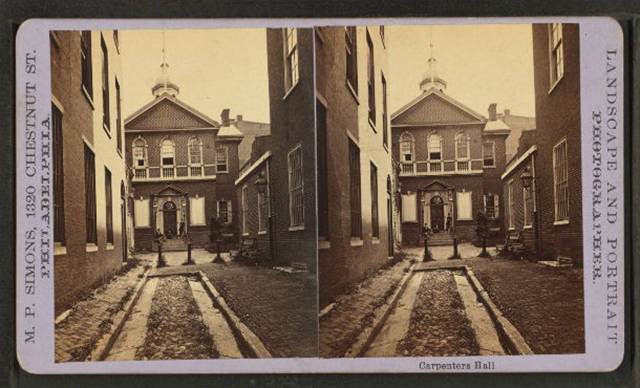 The Chelembra Bank robbery in Kerala, India is considered one of the biggest bank robberies in Indian history. In the early hours of December 30, 2007, the robbers made a hole in the floor of the Bank of Kerala and got away with eighty kilograms of gold and five million rupees, a total value of eighty million rupees. The culprits were arrested two months later. 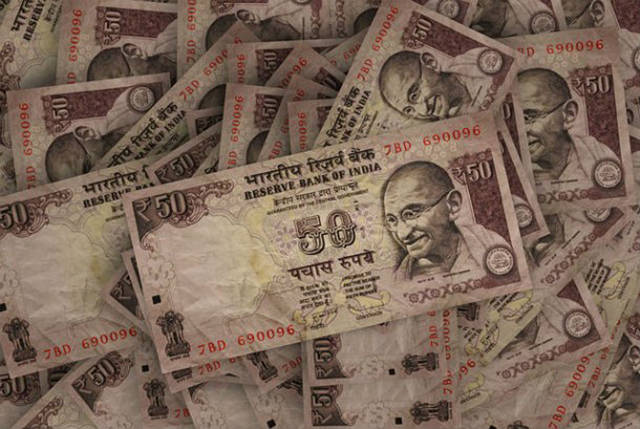 The Bank of Australia robbery was the first bank robbery in Australia. On September 14, 1828, a gang of five robbers tunneled through a sewage drain into the vault of the Bank of Australia and stole about £14,000 in promissory notes and coins. Unfortunately for the gang, the theft was discovered the next day and all five members were arrested. 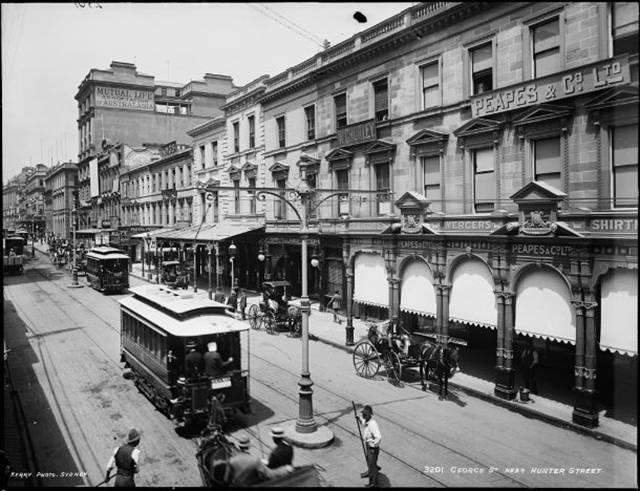 Between 1995 and 2001, Stéphane Breitwieser stole 230 works of art from museums and exhibitions, approximately thirty-eight objects a year. In the space of six years he compiled an impressive art collection with an estimated value of $1.4 billion. On January 7, 2005, he was sentenced to three years in prison by a court in Strasbourg but only served twenty-six months. He later wrote about his exploits in Confessions of an Art Thief, published in French in 2006. 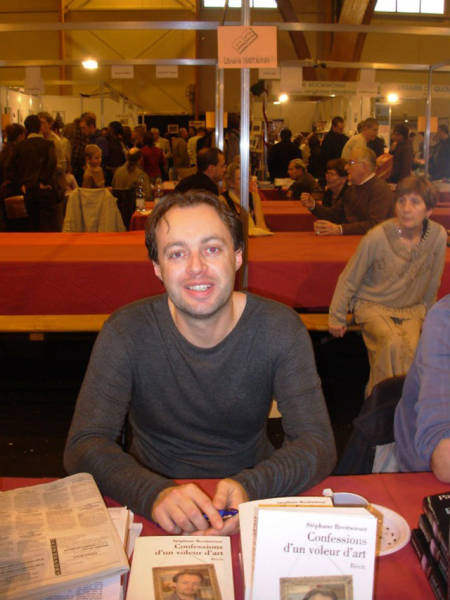 On August 14, 1962, two men stopped a US Mail truck that was on its way to deliver a shipment to the Federal Reserve Bank in Boston. The delivery consisted of bags and pouches containing more than $1.5 million in cash. Armed with shotguns and aided by accomplices who were diverting traffic away from the scene of the robbery, the thieves got away with all the cash. 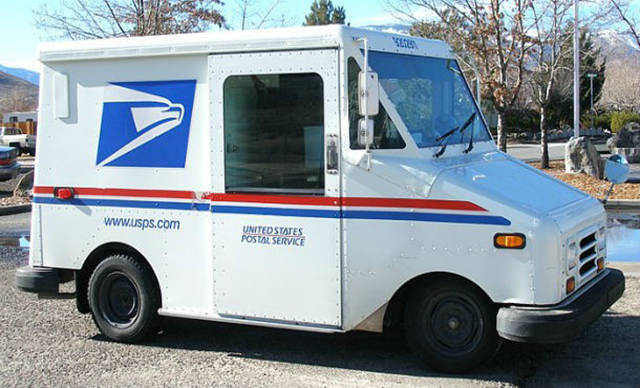 Back in 1985 thieves stole 140 priceless Mayan, Aztec, and other artifacts from Mexico’s world-famous National Museum of Anthropology on Christmas Eve in the biggest heist ever of pre-Columbian art objects. Eventually, in 1989, federal officials recovered most of a cache of gold, jade, and stone artifacts and arrested one of two men who were accused of staging the robbery. 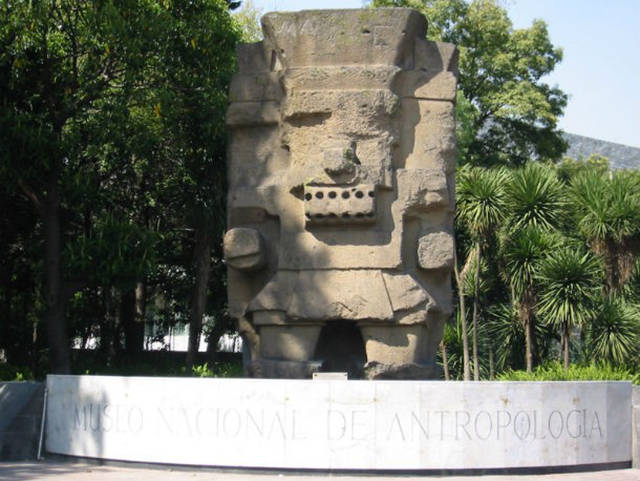 Eight men were jailed over a double heist on the Harry Winston store in Paris that netted watches and jewels worth more than $100 million. Nicknamed the Pink Panthers (after the well-known TV series) by Interpol, this international jewel thief network was composed mainly of ethnic Serbs and Montenegrins. How did they accomplish such a feat you ask? Four men pretended to be builders in the first heist in October 2007. A year later, four thieves gained access again, three of them wearing women’s clothes and wigs. In March 2011, police found $19 million in jewelry from the 2008 heist stuffed in a drain in a home in the Parisian suburb of Seine-Saint-Denis, but much of the loot has not been recovered. 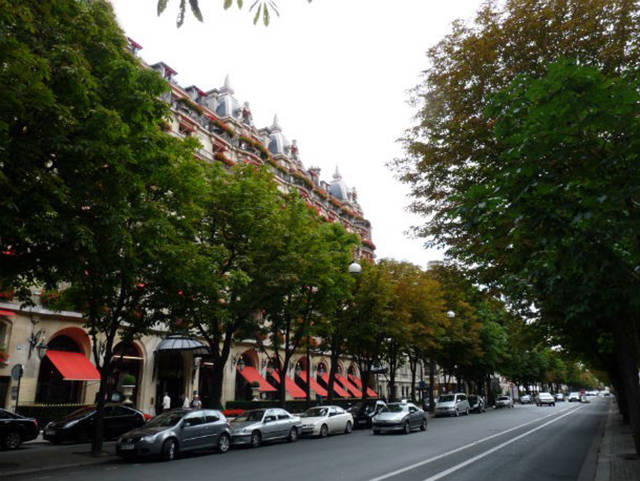 “DB. Cooper” is a nickname the media gave to an unidentified man who hijacked a Boeing 727 in the airspace between Portland, Oregon, and Seattle, Washington, on November 24, 1971. The brave, extremely calm, and polite man—as described by the crew-extorted $200,000, gave the crew very specific instructions about air speed, angle of the wings, etc., and then jumped out of the plane with bags full of money in what, in our humble opinion, might be the most impressive heist in history. Though a lot of the money was recovered, “D. B. Cooper” was never found or arrested. 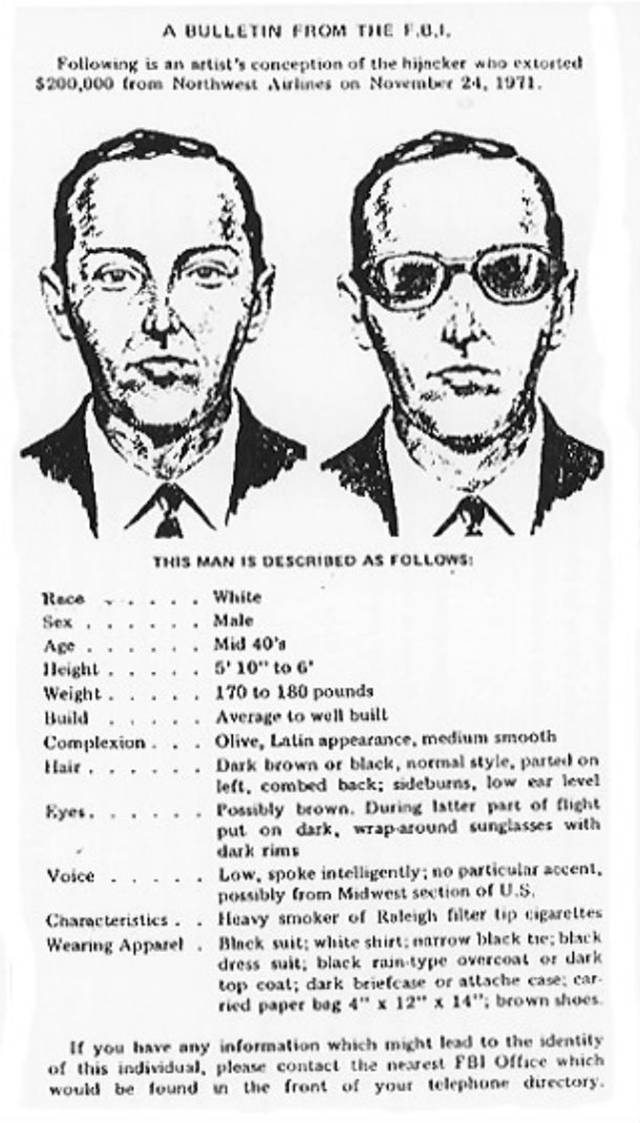 The Brink’s-MAT robbery occurred early on November 26, 1983, when six robbers broke into the Brink’s-MAT warehouse at Heathrow Airport in London. At the time, it was described as “the crime of the century.” In 1992 a movie called Fool’s Gold based on this robbery was released with McAvoy portrayed by Sean Bean (yep, Boromir from Lord of the Rings). 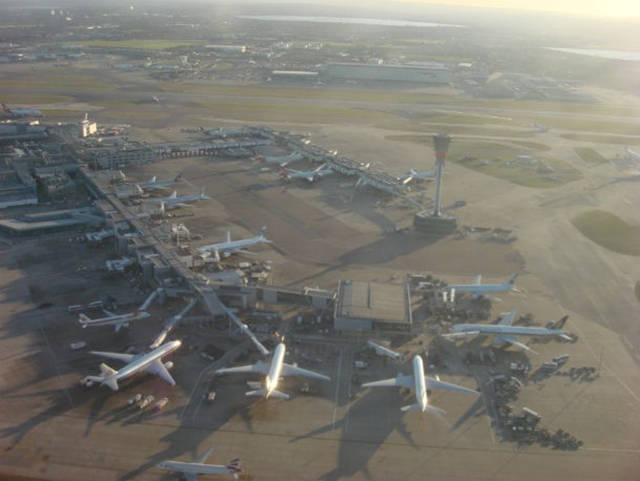 The Northern Bank robbery took place on December 20, 2004, in the Donegall Square West headquarters of Northern Bank in Belfast, Northern Ireland. It was the biggest raid of its kind in UK history at the time and it’s estimated up to thirty republicans, including top-level IRA personnel, planned and executed the robbery. The gang escaped with £26.5 million ($41 million). 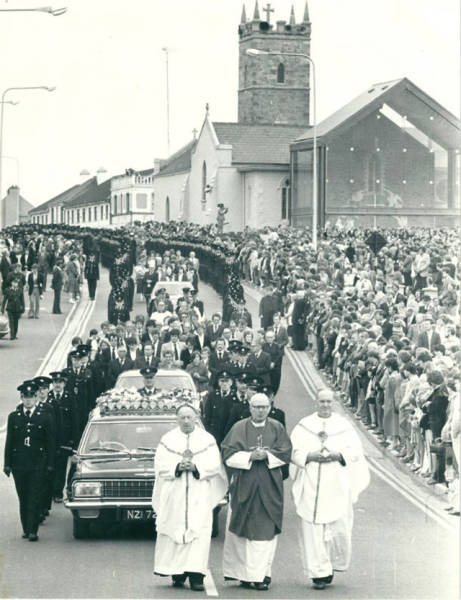 According to most experts, the Banco Central burglary in Brazil was the site of one of the most amazing displays of engineering skills. Using an ingenious front as a landscaping company, a group of extremely brave robbers managed to tunnel 250 feet beneath the bank. The thieves “collected” about $70 million, but police managed to arrest eight of the twenty-five people believed to be involved. 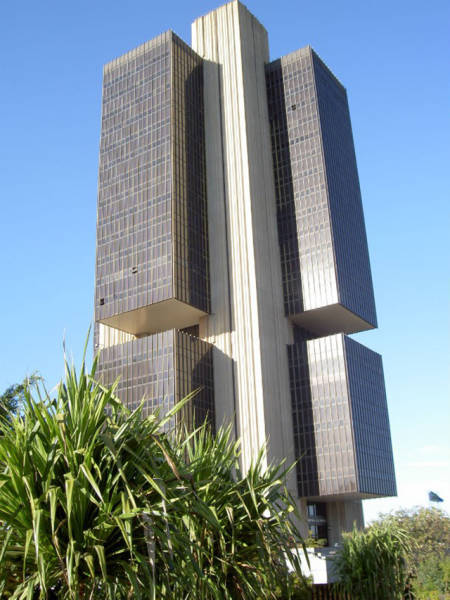 The Securitas Depot robbery is considered the largest cash robbery in British history. The robbery took place in February 2006. The best part of this story is that despite the gang getting what was described as a “king’s ransom” in cash, they had to leave behind £153 million because they could not fit any more in their truck. 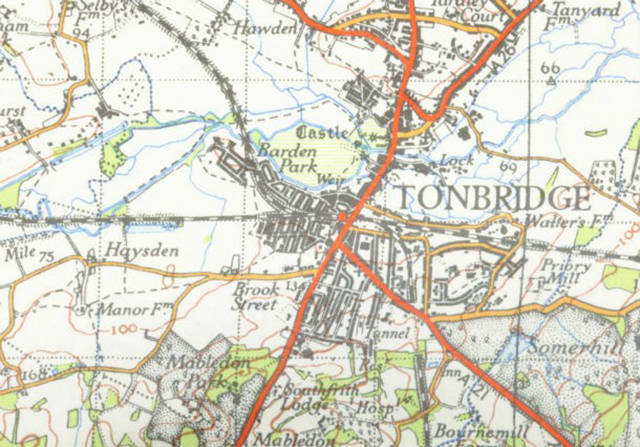 The Great Brink’s robbery was an armed robbery of the Brink’s Building in Boston, Massachusetts, on January 17, 1950. The robbery was perfectly executed with few clues left at the crime scene and was considered “the crime of the century” at the time. Eventually, the robbers turned on one another and the whole thing turned into a war that helped the police track them down and arrest all eleven of them. 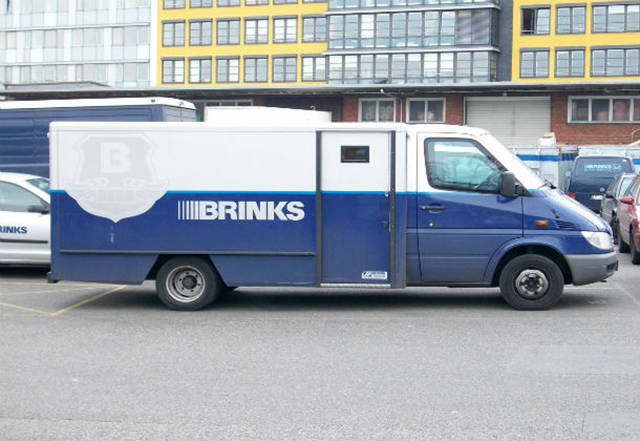 In what might be the silliest continuous heist in history, a Chinese banker kept stealing money from his place of work so he could buy lottery tickets. Unfortunately, he kept losing, ended up $7 million in debt, and is currently paying for his actions behind bars. 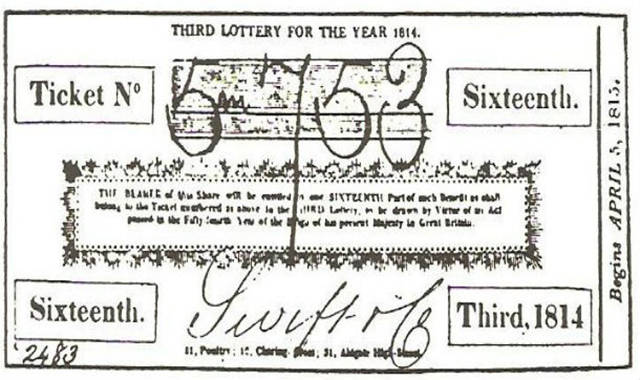 The Knightsbridge Security Deposit robbery took place in Cheval Place, Knightsbridge, part of the City of Westminster in London, England. The robbery was led by Valerio Viccei, the son of a lawyer who arrived in London in 1986 from his native Italy, where he was wanted for more than 50 armed robberies. Once in London, he quickly resumed his robbery career to fund his playboy lifestyle, and on July 12, 1987, he masterminded one of the most spectacular heists in history, dubbed the crime of the century. When he was finally caught a few days later at the wheel of his Ferrari, traced by a fingerprint, he became a folk hero. 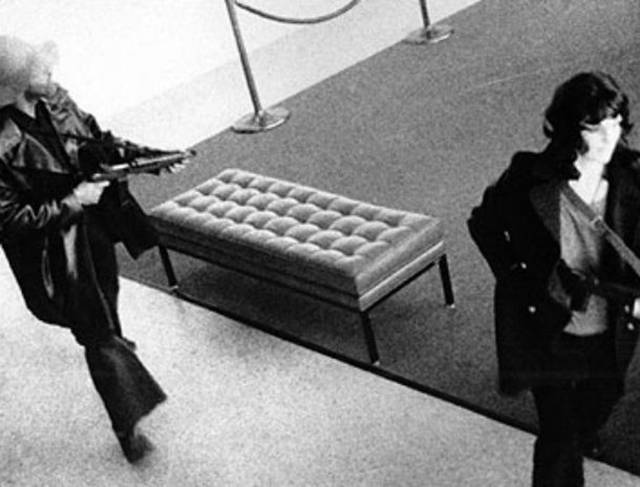 Only a few hours before American bombs began falling on the Iraqi capital, one of Saddam Hussein’s sons carried off nearly $1 billion in cash from the country’s Central Bank, according to American and Iraqi officials, which makes it the largest bank robbery in history. Of course, the whole thing was executed under the direct orders of who else but Saddam himself. Almost thirty-seven years ago, a group of men waited inside a Ford Econoline 150 in the predawn darkness at JFK Airport in New York City. At 3:12 a.m. they backed the van up to a terminal loading ramp and then, with masks covering their faces and firearms drawn, quickly and skillfully stole $5 million in cash and almost a million in jewelry from an airport vault, a haul that would be worth $22 million today. The epic robbery, which was the brainchild of mobster Henry Hill and which still stands as the biggest cash theft ever on American soil, has been popularized in books and films, most notably in Martin Scorsese’s Goodfellas. 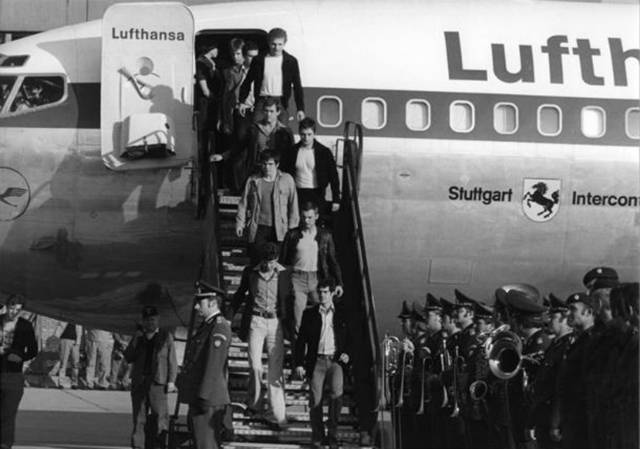 On May 2, 1990, messenger John Goddard was walking down a side street in the City of London when a stranger appeared out of nowhere, pulled a knife on him, and stole his briefcase. This would have been the most “profitable” mugging in history since the case contained £292 million in bonds. However, the thief wasn’t so lucky, as he was later found shot dead. 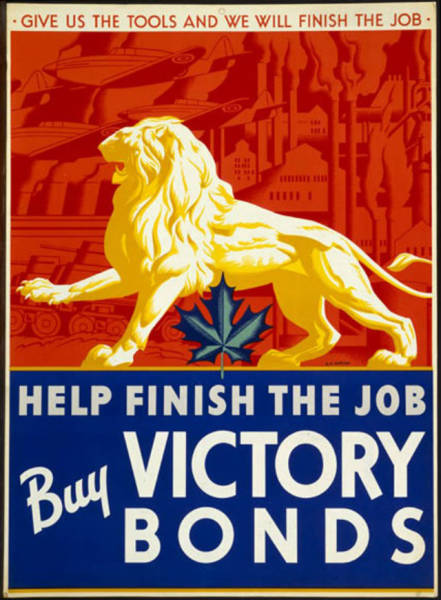 The Gardner Museum heist refers to one of the biggest art heists in history. It took place on March 18, 1990, at the Isabella Stewart Gardner Museum in Boston, Massachusetts while Boston was busy celebrating Saint Patrick’s Day. It is estimated that more than $500 million in art was stolen, and the unsolved robbery remains subject to much speculation. 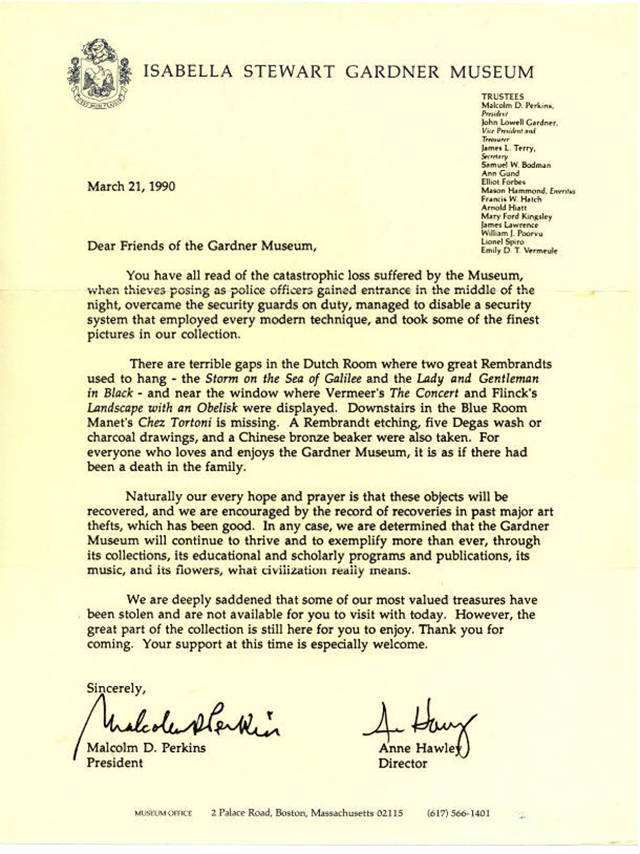 The Great Train Robbery was the theft of a substantial sum of money from a Royal Mail train heading from Glasgow to London. The burglary took place in the early hours of Thursday, August 8, 1963, at Bridego Railway Bridge in England and was executed by an individual known as “the Ulsterman.” The culprits managed to get away with over £2.6 million, which would be about £59 million today ($77.5 million), and the bulk of the stolen money was never recovered. 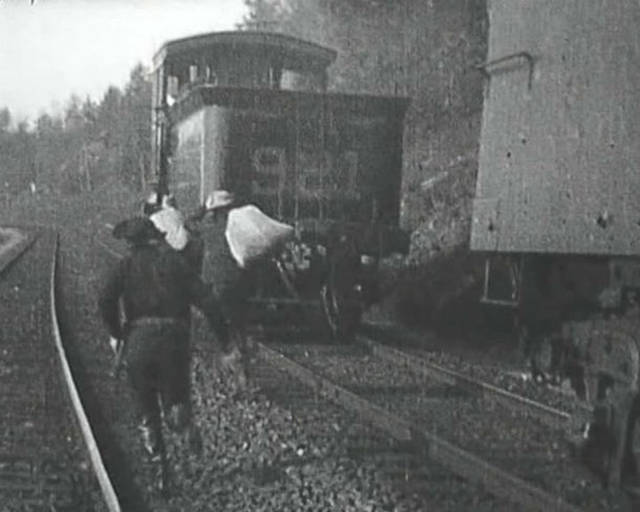 In February 2003, an ambitious Italian man named Leonardo Notarbartolo was arrested for heading a ring of Italian thieves. They were accused of breaking into a vault two floors below the Antwerp Diamond Center and making off with at least $100 million in loose diamonds, gold, jewelry, and other spoils. Until this event, the vault was thought to be impenetrable, and the Antwerp Diamond heist has gone down in history as the “heist of the century.” 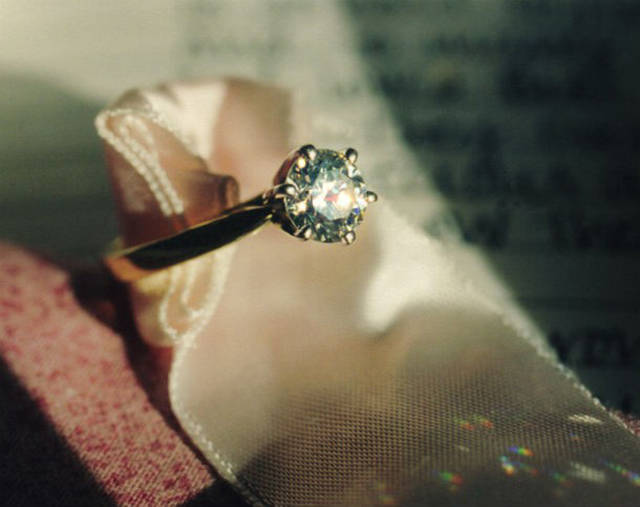 The Dunbar Armored robbery is considered to be the largest cash robbery in the history of the United States. It took place in 1997 at the Dunbar Armored facility in Los Angeles, California, from where the thieves left with $18.9 million. Allen Pace, who worked for Dunbar as a regional safety inspector, masterminded the robbery. Nevertheless, there was no happy ending for him since he was arrested and sentenced to twenty-four years in prison. Less than half the money was recovered, with $10 million still unaccounted for. 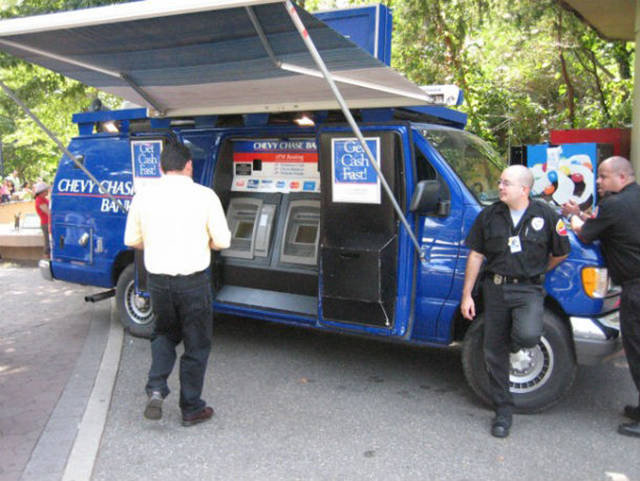