Smallest, fastest, strongest... Guinness World Records celebrate some of the most astonishing feats on the planet. But these gigantic world record foods will take some beating. Taste buds at the ready.
1 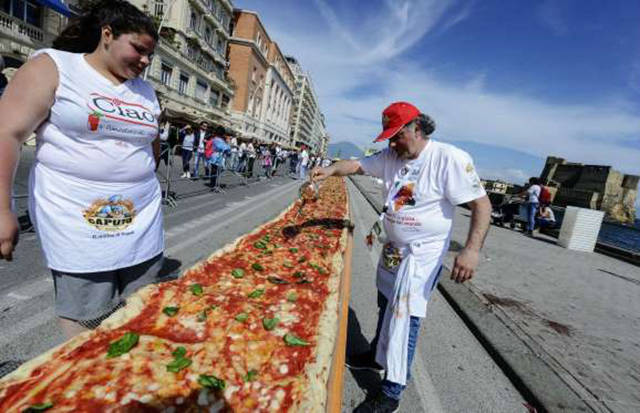 Mamma Mia that's a lot of pizza! Measuring 1.8km long, this cheesy masterpiece took 250 people six hours and 11 minutes to make. Using 2,000kg of flour, 1,600kg of tomato sauce, 2,000kg of mozzarella cheese, 200 liters of oil and 30kg of basil, the pizza wrapped its way around the Naples coastline in Italy. Once it was cooked it was given out to disadvantaged people in the local community.
2 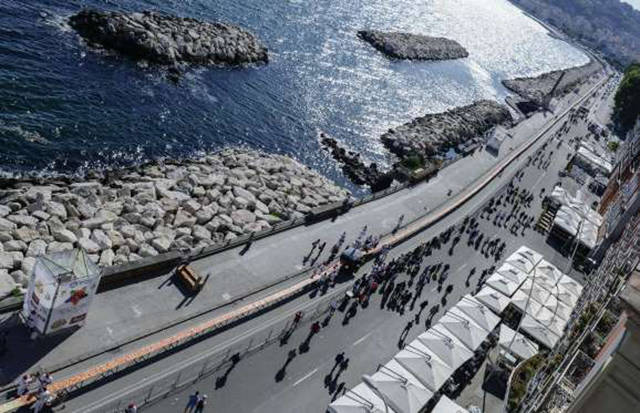 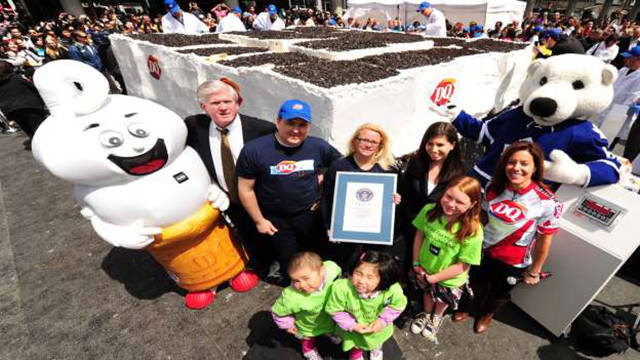 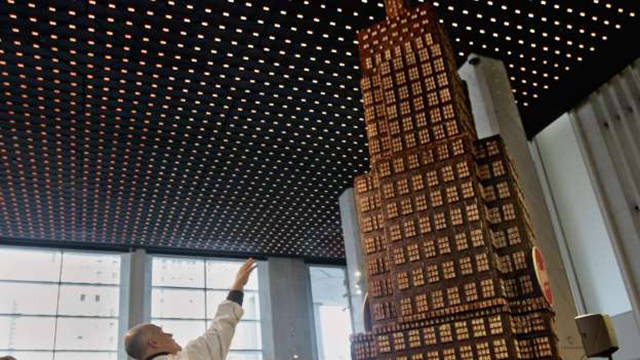 The world's largest candy sculpture record is held by Warner Brothers, with a design which commemorated the 75th anniversary of the Wizard of Oz. The confectionary masterpiece was built ENTIRELY out of moulded sugar, and over 88,000 Jelly Belly beans, measuring 2.23m (7 feet 4 inches) by 2.03m (6ft 8in) wide. Not only does it contain the most iconic symbols of the movie – it also gave the designers a natural way to gain height and achieve the world record!
5 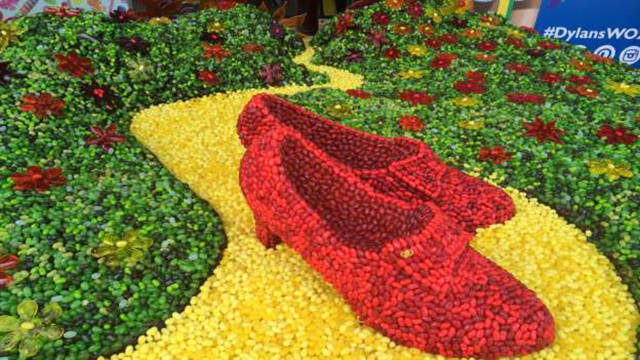 The largest pizza commercially available can be bought at Big Mama's and Papa's Pizzeria, Los Angeles. The pizza has an area of 20 square feet and is known and sold as The Giant Sicilian. Did somebody say pizza party?
6 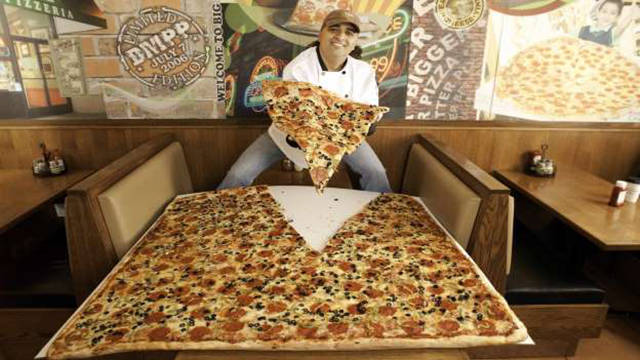 The largest enchilada weighed 1,416kg (3,122lbs) and was achieved at an event organised by the Gobierno Delegacional de Iztapalapa at the Explanda de Iztapalapa, Mexico City on 20 October 2010.
7 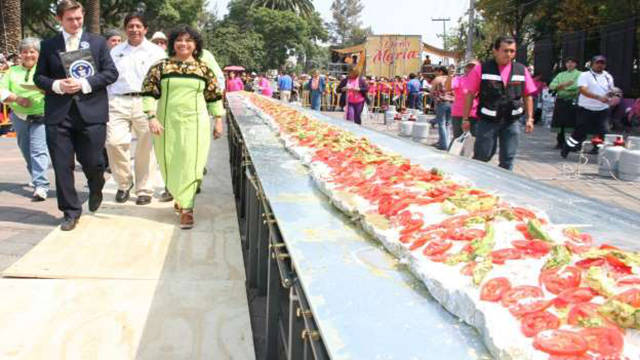 The largest sandwich was made by Wild Woody’s Chill and Grill, Roseville, Michigan on 17 March 2005. This monstrous mouthful weighed a whopping 5,440lbs (2,467kg).
8 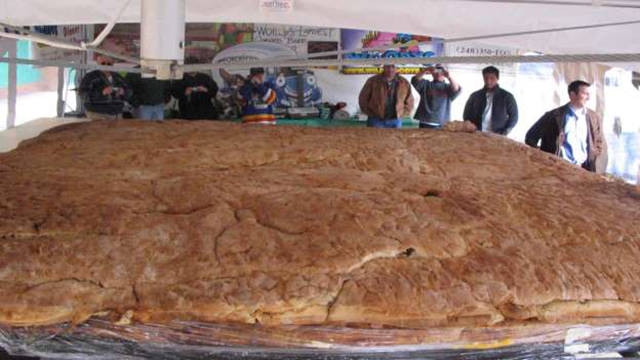 The largest chocolate truffle weighed 802kg (1,768lbs 11oz) and was achieved by Mirco Della Vecchia, Andrea Andrighetti, Rimini Fiera, Fabbri 1905, Icam and Martellato (all from Italy) at the Sigep Fair in Rimini, Italy on 21 January 2012.
9 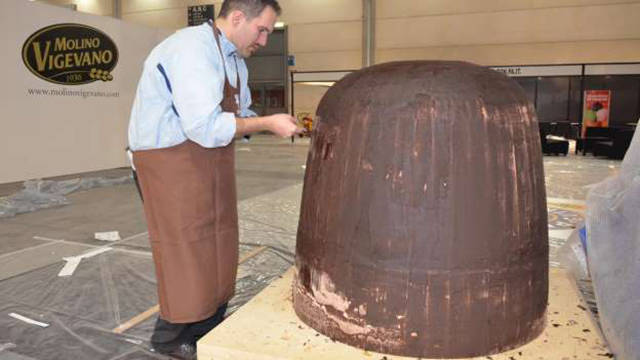 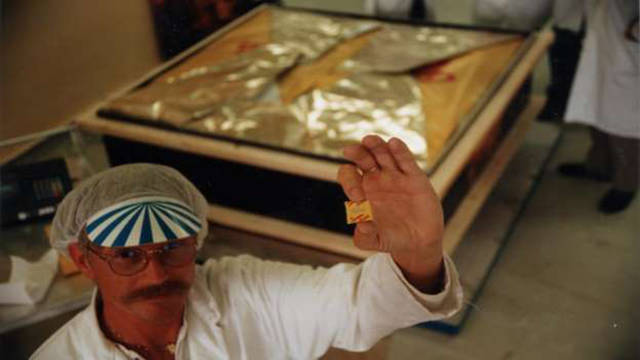 Loran Green and Friends of Hi Line Promotions made a burger of pure Montana beef weighing 2.74 tonnes (6,040lbs) at the Sleeping Buffalo Resort at Saco, Montana on 5 September 1999. A crowd of more than 3,500 people gathered to watch the burger cook for about two hours on a specially made 576-square-foot grill. If sold, the burger would have cost $7,000 (£4,927).
11 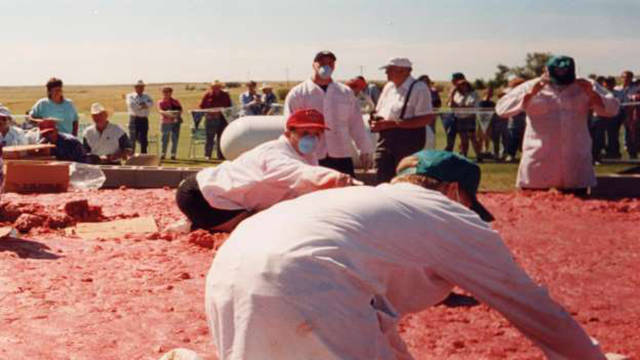 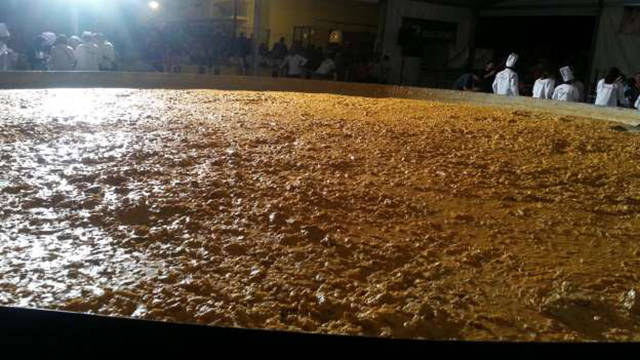 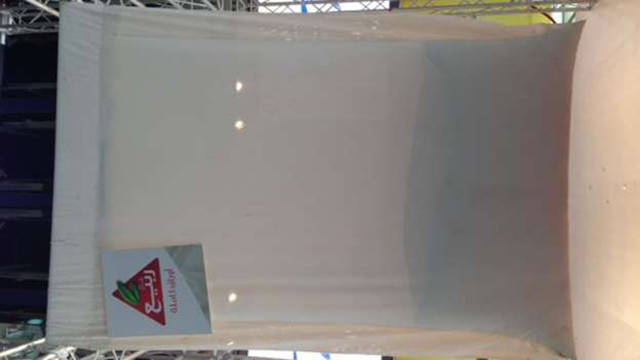 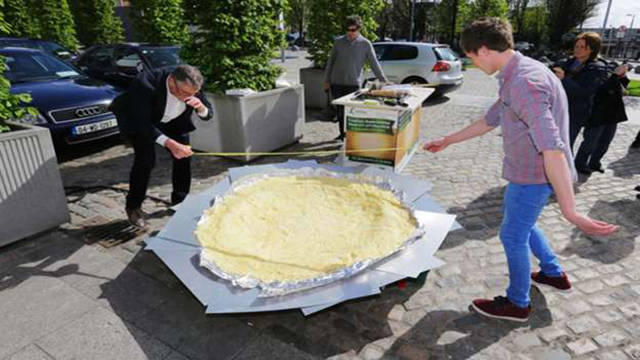 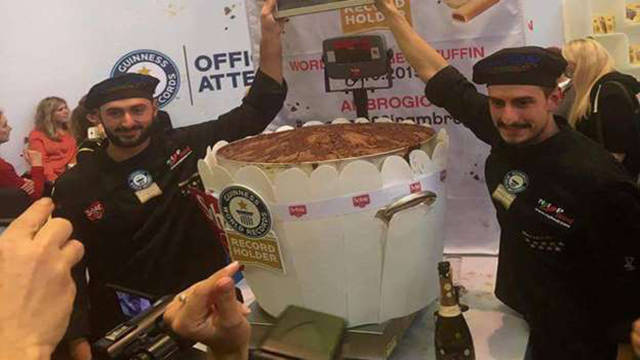 Members of the California Sushi Academy celebrated making the largest California Roll in 2000. Over 50 students and chefs created a 108-feet California Roll wrapped in seaweed and composed of rice, crab, avocado and cucumber.
16 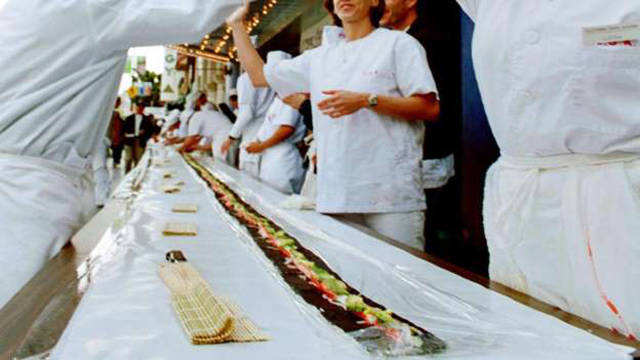 Chefs prepared the largest Quaker soup (a lamb and oat soup) in the Saudi Arabian city of Jeddah in 2008. Three Saudi chefs and 16 assistants made 7,500 litres of the soup.
17 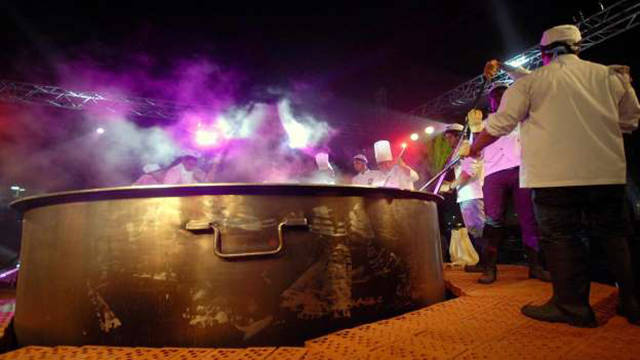 The largest skewer of kebab meat weighed 4,022kg (8,866lbs 15oz) and was achieved by Zith Catering Equipment LTD and the Municipality of Pafos in Pafos, Cyprus on 31 December 2008.
18 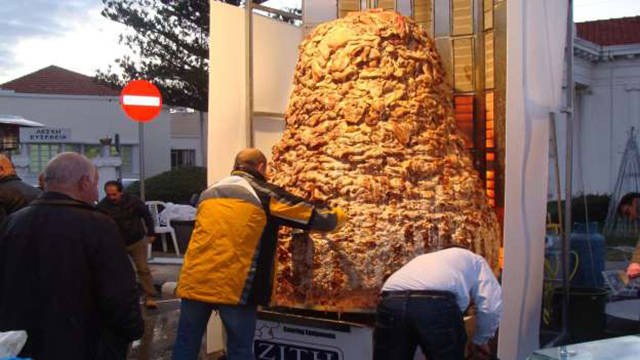 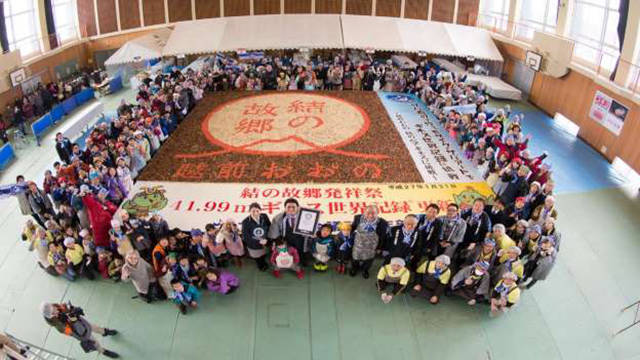 The largest tiramisu ever made weighs 3,015kg (6,646lbs) and was prepared by Associazione Cons.erva, in collaboration with Despar, Latte Blanc, Caffè Toto and Uova Pascolo in Gemona del Friuli, Italy on 25 May 2015.
20 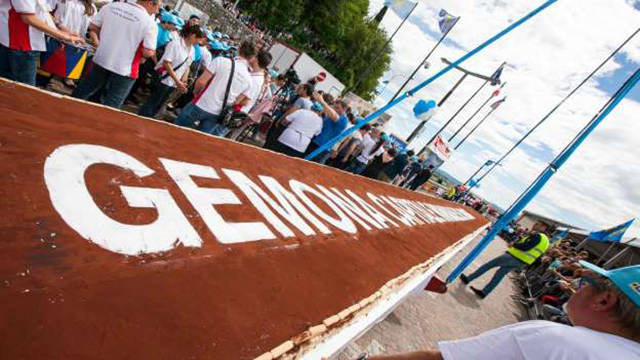 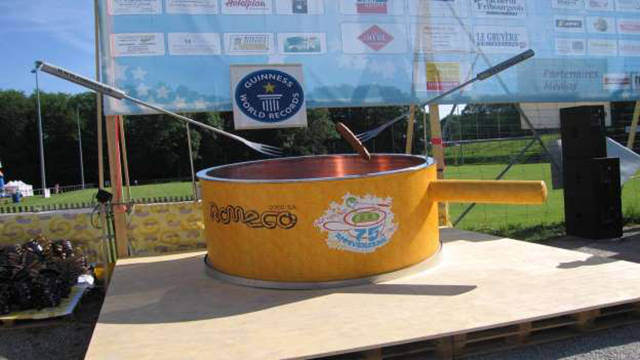 The largest kibbeh (a ball of lamb or beef and bulgur) weighs 233kg (514lbs) and was made by Almidan NGO during the 3'res el Kebbeh within Ehdeniyat festival at Al-Kobra in Ehden, Lebanon on 29 August 2009.
22 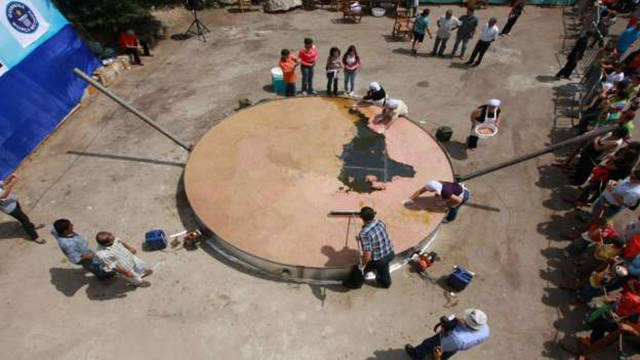 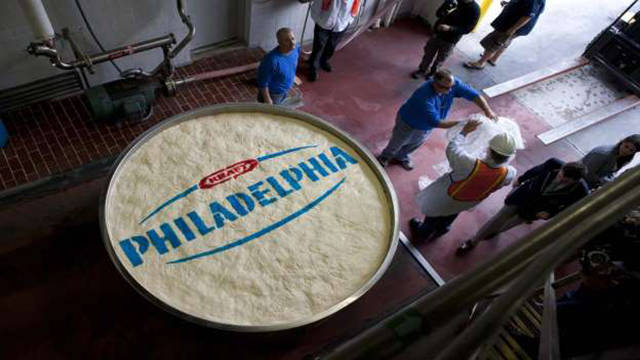 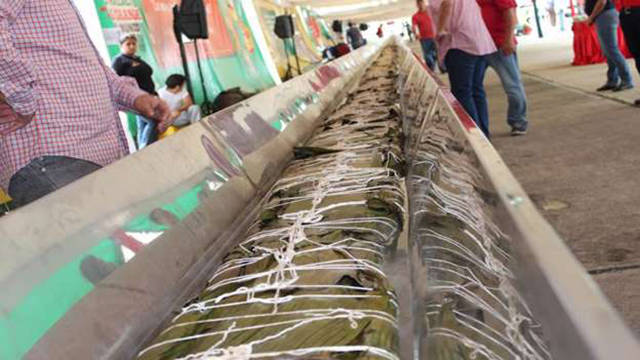 The largest rice mosaic is 1,798 square meters (19,364 square feet) and was achieved by the Chinese Taoism Folk Culture Association in Changhua City, Chinese Taipei on 8 November 2014.
25 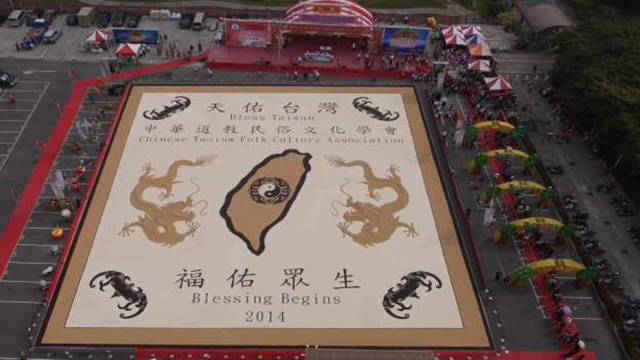