The Greatest Cities That Humanity Has Ever Built (19 pics) 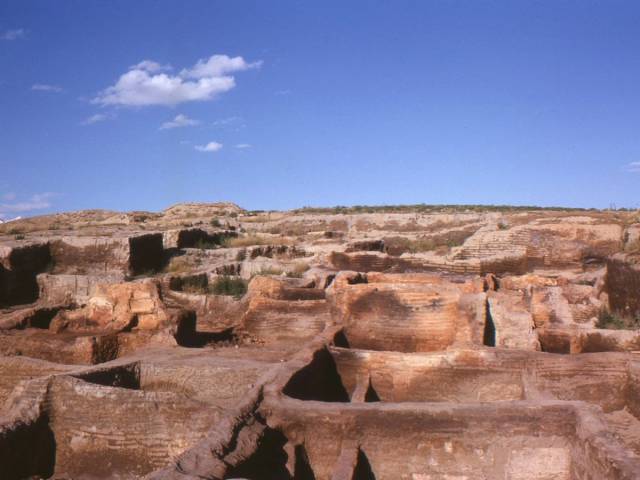 Located in Turkey, Çatalhöyük is considered by many to be the world's first city. By 6500 B.C. its population of 3,000 was even more impressive.

The city included hundreds of mud-brick homes stacked on two mounds. It was so dense that people walked on the roofs of houses rather than streets.

Çatalhöyük was abandoned around 5700 B.C. 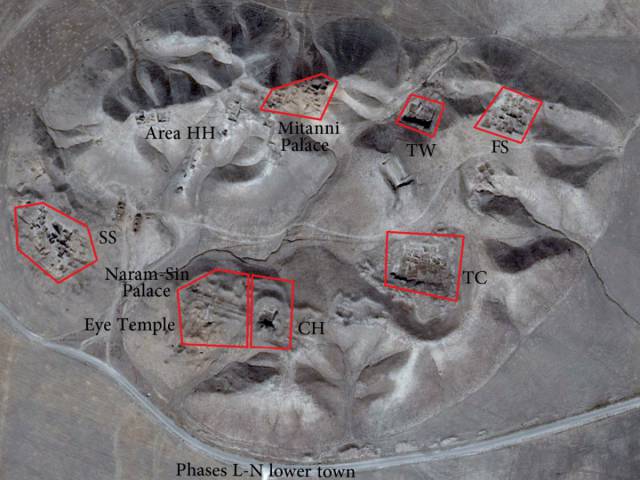 Located in Syria, Tell Brak was part of a major trade route, situated on a river crossing of Anatolia, the Levant, and southern Mesopotamia.

The city was also home to the "Eye Temple," named by archaeologists for the discovery of hundreds of idols featuring big eyes. 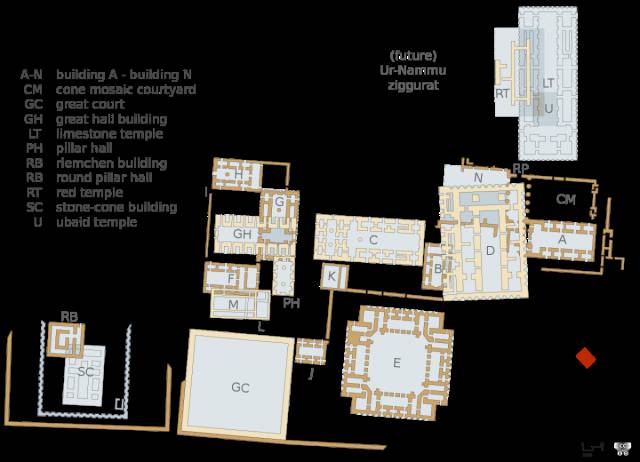 Located in Iraq by the Euphrates River, Uruk expanded during a long period of poor harvests, as people were forced to organize to survive.

There is evidence here of rationing, taxation, an increasingly hierarchical society, and an emerging state. Uruk culture came to dominate cities from Syria to Iran.

The legendary king Gilgamesh, memorialized in the early epic, ruled Uruk around the 27th century B.C. 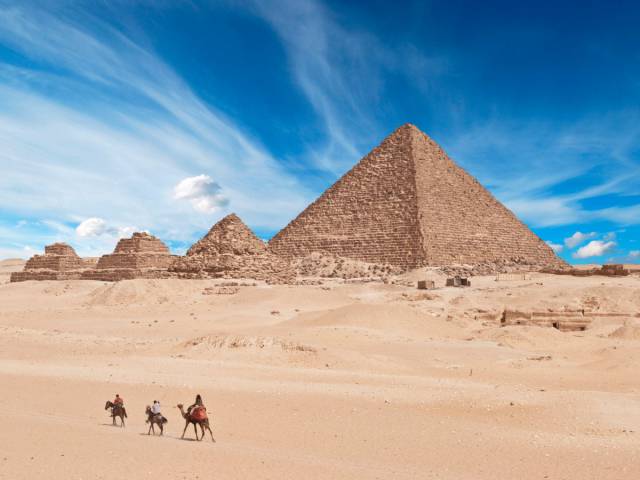 After the legendary first pharaohs unified Egypt around 3100 B.C., they built a new capital at Memphis.

From the royal city, strategically located between Upper and Lower Egypt, the pharaohs collected taxes from around the country and dispensed patronage to local lords.

The city is known for the nearby pyramids, where pharaohs were buried, as well as the Great Sphinx.

Memphis declined after the rise of Thebes and then Alexandria. Today it is preserved as a heritage site. 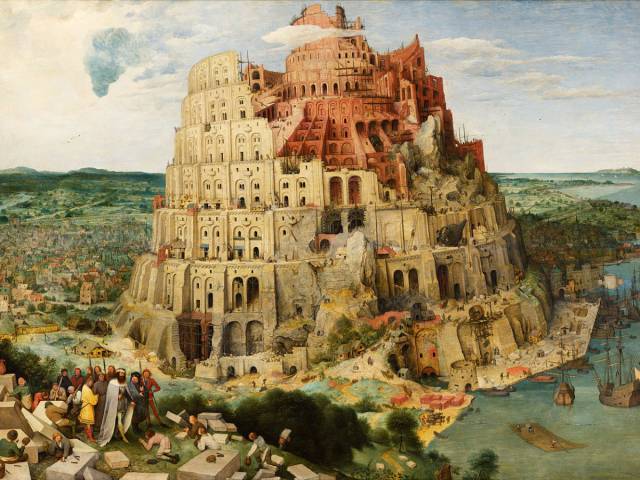 Located in Iraq, Babylon surged to prominence as the capital of Hammurabi's short-lived Babylonian Empire.

The city achieved glory again in the sixth century B.C. with the construction of the Hanging Gardens — one of the seven wonders of the ancient world.

The city is known from the Bible as a center of materialism and sin, home to the supposedly blasphemous Tower of Babel, which may have been inspired by a 300-foot ziggurat in the city.

Babylon remained a major city under various rulers until the seventh century. 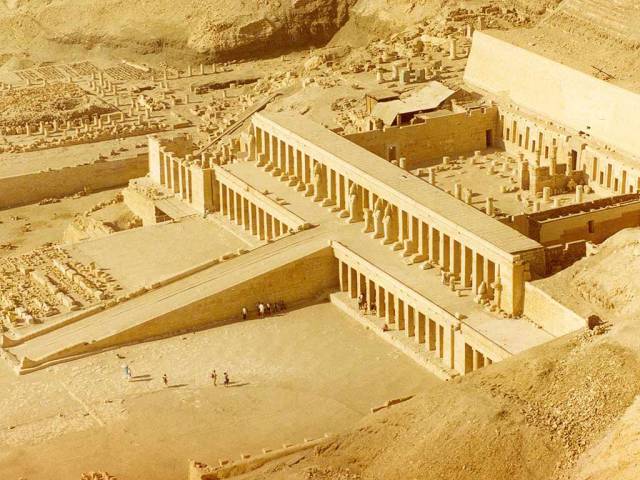 Located in Egypt, Thebes emerged as the capital city of a rival dynasty in 2134 B.C. When that dynasty won out after several centuries, the city was the capital of all Egypt.

Thebes flourished during this period, with a large civil service, extensive trade, and vast temples.

Thebes permanently lost capital status in the 13th century B.C. and was destroyed by the Assyrians in 667 B.C. Still, it held on in one form or another and lives on today as the city of Luxor. 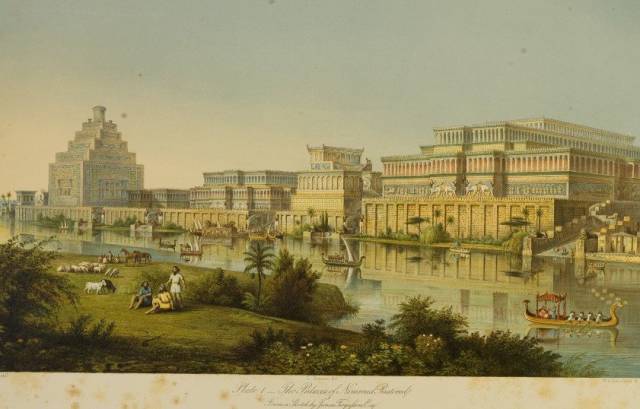 Located in Iraq at a strategic point on the Tigris River, Nimrud was the capital of the Neo-Assyrian Empire.

King Shalmaneser III, his son, would go on to build a palace that was twice as big. 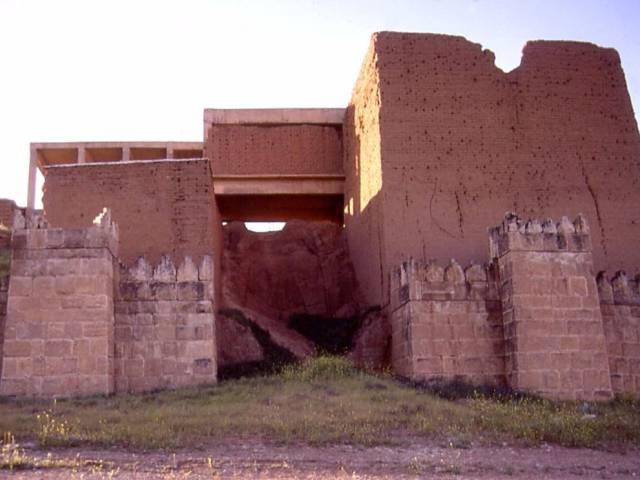 Located in Iraq, Nineveh was settled as early as 6000 B.C. By 3000 B.C. it was a major religious center for the goddess Ishtar.

The city really took off around 700 B.C., when the Assyrian King Sennacherib built a "palace without rival." The city was spread over 7 square kilometers, with 15 great gates, 18 canals, and several sections of aqueduct.

Nineveh was besieged and sacked in 612 B.C. as the Neo-Assyrian empire crumbled. 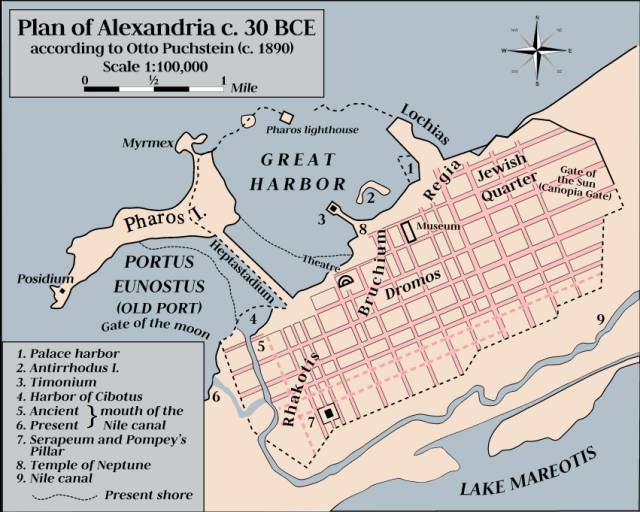 Located in Egypt, Alexandria was founded by Alexander the Great in 331 B.C. It quickly became the largest city. It would be the capital of the country for the next 1,000 years.

In addition to Greeks and Egyptians, the city had the largest urban Jewish population in the world.

Alexandria declined during the Roman empire and Muslim conquest. 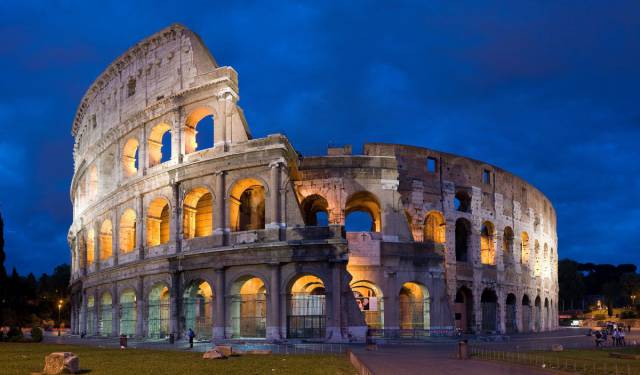 Founded around the eighth century B.C., Rome conquered the Italian peninsula and came to dominate the Mediterranean by the second century B.C. Julius Caesar's conquest of Gaul in the first century B.C. led to the establishment of the Roman empire.

The ruins of Ancient Rome are known around the world, from the Colosseum, where as many as 80,000 spectators watched gladiators fight, to the Forum, the site of parades, elections, and trade, to the Pantheon, a temple that has still the world's largest unreinforced concrete dome.

Rome grew to larger than 1 million people by 1 B.C. It remained the world’s largest city until the fourth century, when the Western Roman empire crumbled. 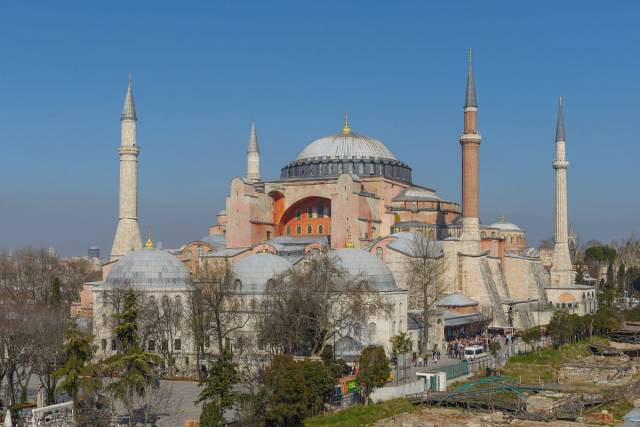 Located in Turkey, Constantinople became the new capital of the Roman empire in A.D. 324.

By A.D. 500, it was the largest city that remained after the fall of Rome. It too was shrinking under pressure from the Huns and other regional rivals.

In A.D. 537, the emperor Justinian I built the Hagia Sophia church.

Constantinople would decline to around 100,000 people by 700 before growing again, remaining one of the biggest cities in the west until the 18th century. 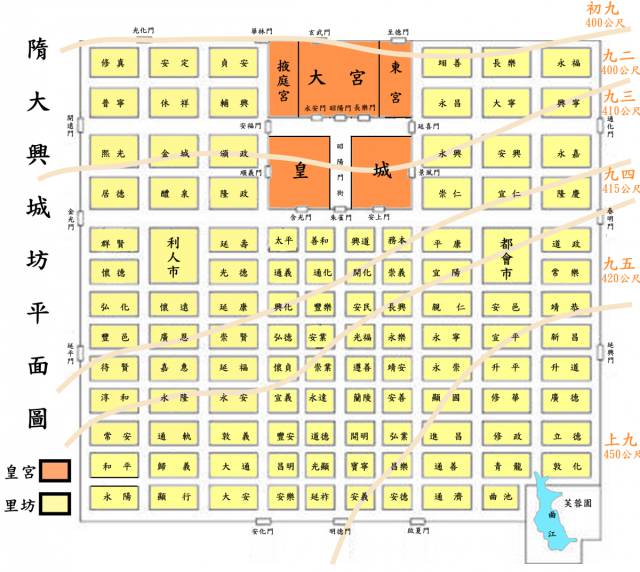 Located in north-central China, Chang'an was the capital of more than 10 dynasties. It became the largest city in the world under the Sui Dynasty as China emerged as the world's most powerful country.

Soon the city sprawled across more than 30 square miles, and by 700 it had a population of 1 million.

The poet Bai Juyi said the city had "hundreds of, thousands of houses — like a great chessboard … like a huge field planted with rows of cabbages." It had tree-lined boulevards five times as wide as New York's Fifth Avenue.

Chang'an declined sharply at the end of the Tang dynasty in 904. It lives on today, however, as the booming city of Xi'an.

Kaifeng took the lead with 1 million people by 1000. 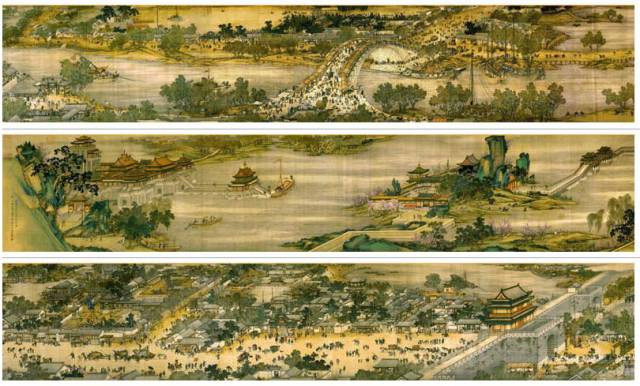 Located near China's Grand Canal, Kaifeng was the capital of the Song dynasty.

It was the most industrialized city in the world, with vast iron works and shops, bars, and theaters filling every corner.

As the city ran low on wood to burn, Kaifeng discovered the potential of coal and tapped a major nearby deposit. Twenty new coal markets opened in the city from 1102 to 1106.

Hangzhou took the lead with 1 million people by 1200. 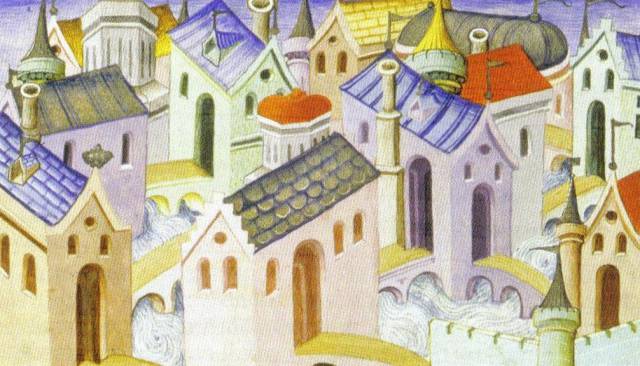 Located at the southern end of China's Grand Canal, Hangzhou was a major trading city and the capital for the second half of the Song dynasty.

Marco Polo, who visited in the late 13th century, called it "without doubt the finest and most splendid city in the world."

The Moroccan traveler Ibn Battuta, who visited in 1345, called it the largest city he had ever seen. 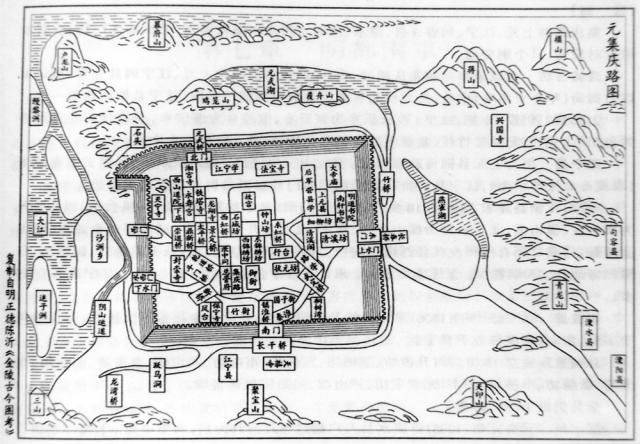 Located in the Yangtze River Delta, Nanjing was the capital of the Ming dynasty.

It was here in 1405 that the Yongle Emperor launched the first of several treasure voyages, sending fleets of the biggest wooden ships ever to travel as far as Africa (or by some accounts America).

Not long after, however, political struggles forced the emperor to move his capital to Beijing, and Nanjing declined. 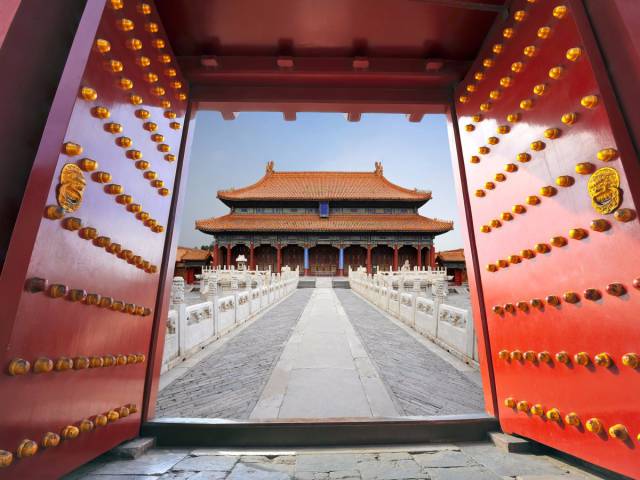 Beijing became the capital of the Ming Dynasty in 1420. It has been China's capital ever since.

Ming Dynasty Beijing saw the construction of the Forbidden City and the Temple of Heaven.

Despite mutinies, invasions, and plagues, Beijing remained the largest city in the world for several centuries, with an unmatched 1.1 million people in 1800. 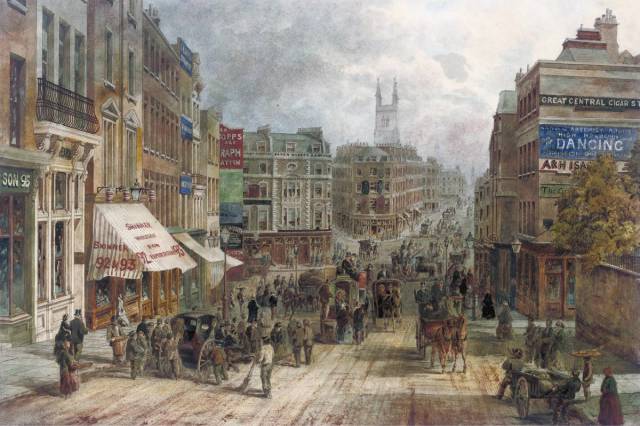 London became the world's largest city during a period called Pax Britannica, when Britain emerged as the world's only superpower.

Despite its prominence, London was known to be dirty, overcrowded, and dangerous. 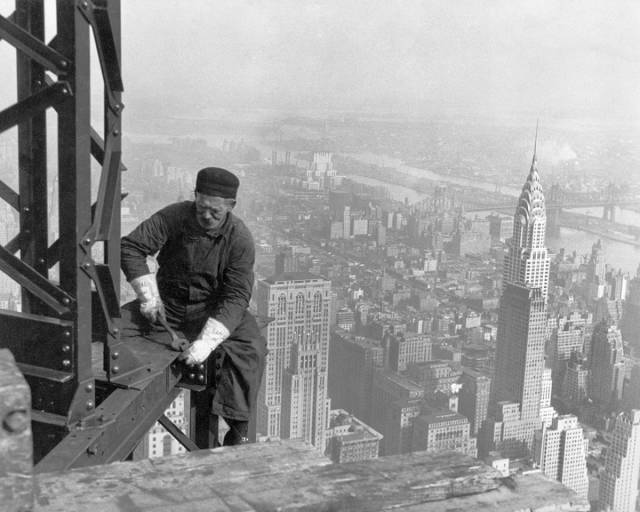 As America's economy boomed after World War I, New York emerged as the world's leading city.

The city was the capital of American finance, a major port, and a major immigrant destination.

It created the world's best-known skyline with an influx of skyscrapers, including the Chrysler Building in 1930 and the Empire State Building in 1931.

New York's population has soared to 23.7 million across the metro area, though it is now only the fifth-biggest city in the world. 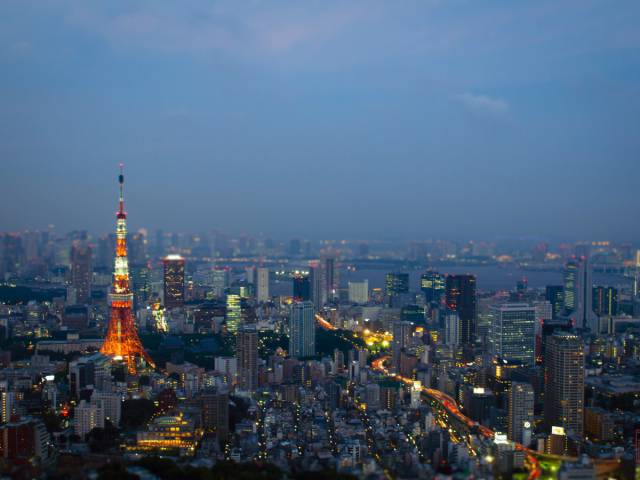 Tokyo was rebuilt after World War II, setting the stage for it to become the largest city in history.

Japan's economy boomed in this new era, driven by advanced technology, a partnership with the US, and high levels of organization, and Tokyo grew with it.

Though Japan's economy has slowed since 1989, Tokyo remains the largest city in the world, with 37.8 million.

The Japanese capital has the most Fortune Global 500 companies of any city and by far the most Michelin-starred restaurants. It is known as the safest big city in the world.