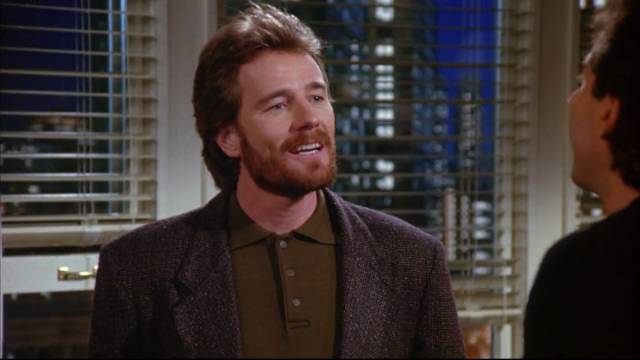 Appeared on: "The Mom and Pop Store" (Season 6, Episode 8); four other episodes

Since "Seinfeld": Cranston starred on Fox's "Malcolm in the Middle" in the early 2000s before landing his seminal role as Walter White on AMC's "Breaking Bad." 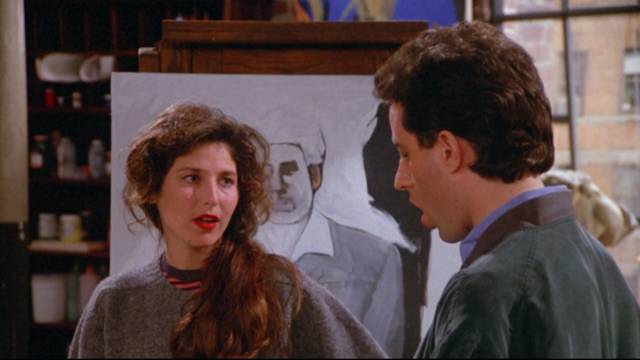 Since "Seinfeld": Keener has had leading roles in a number of successful movies, including "Being John Malkovich" (1999) and "The 40-Year-Old Virgin" (2005). 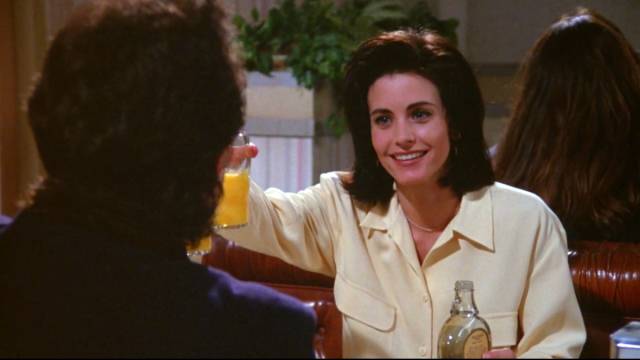 Since "Seinfeld": Cox went on to star in NBC's next hit sitcom, "Friends," and she later produced and starred on the ABC/TBS series "Cougar Town." 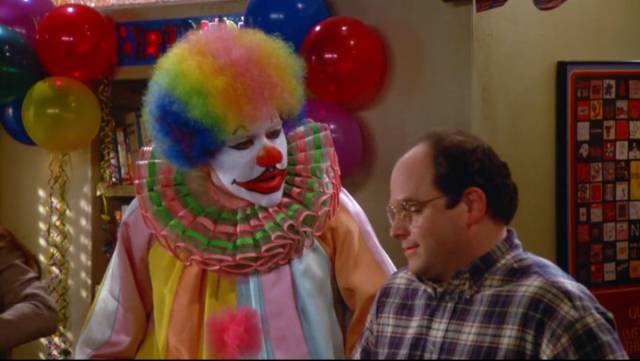 Role on "Seinfeld": Eric the Clown

Since "Seinfeld": Favreau has acted in many films, and he's become one of the preeminent directors in Hollywood over the years with his work on "Elf," the three "Iron Man" films, and the recent remake of "The Jungle Book." 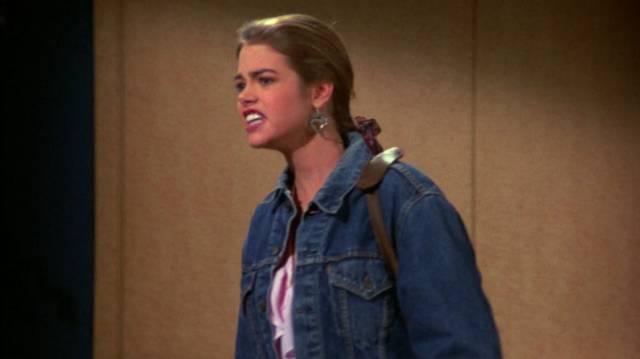 Role on "Seinfeld": Molly, the daughter of the show's fictional NBC chairman 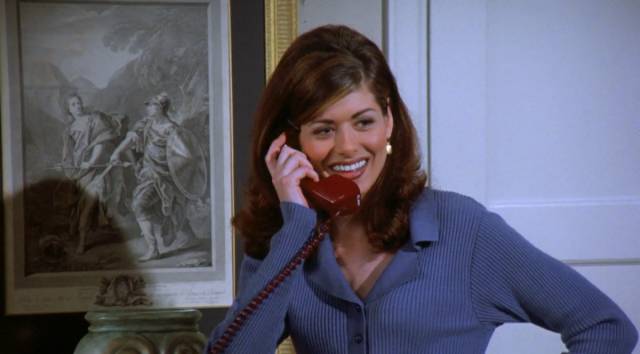 Role on "Seinfeld": Beth, a friend of Jerry and Elaine

Since "Seinfeld": Messing starred on NBC's "Will & Grace" for its eight-season run from 1998 to 2006, and she had a lead role on the network's recent and short-lived series "The Mysteries of Laura." 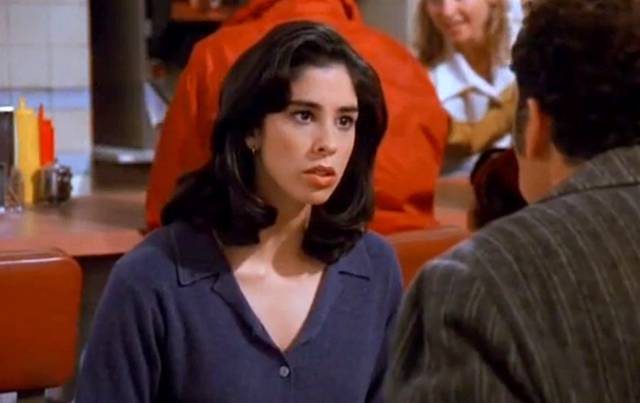 Since "Seinfeld": Silverman's stand-up career took off in the years following her cameo role, and from 2007 to 2010, she had her own Comedy Central show, "The Sarah Silverman Program." 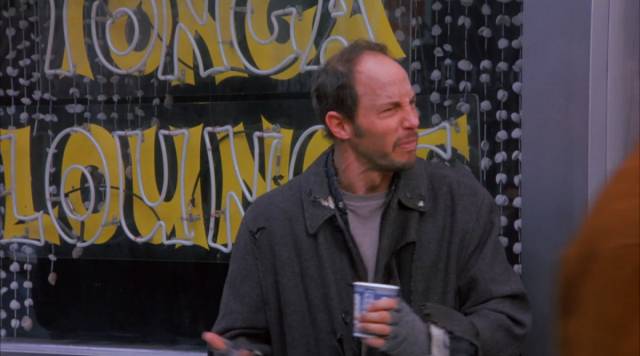 Role on "Seinfeld": A homeless man

Since "Seinfeld": Gries played Uncle Rico in the cult comedy hit "Napoleon Dynamite" from 2004, and he's also starred in all three "Taken" movies. 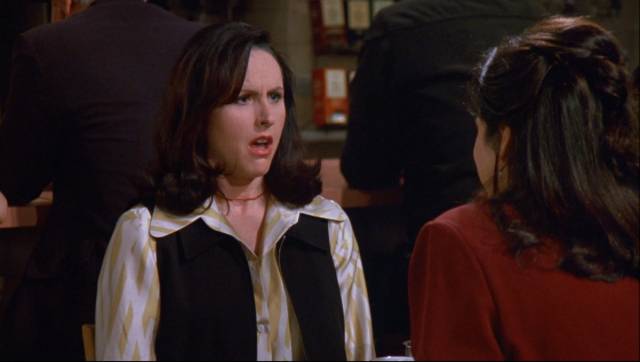 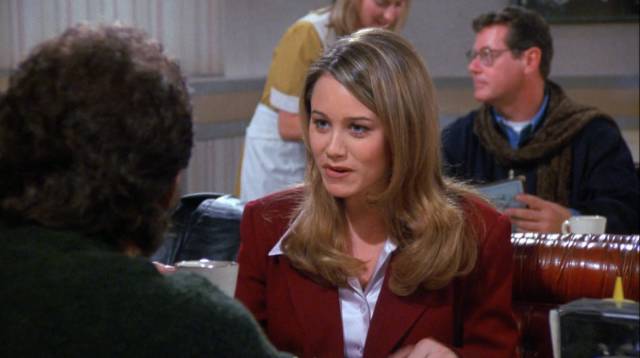 Since "Seinfeld": Taylor married actor Ben Stiller in 2000, and she's appeared alongside Stiller in his films "Zoolander," "Zoolander 2" and "Dodgeball: A True Underdog Story." 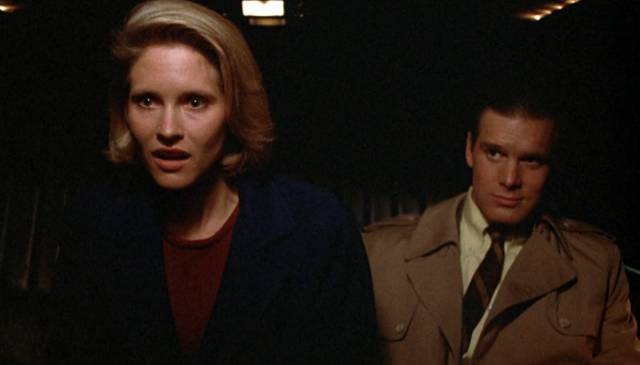 Since "Seinfeld": Krause had a lead role in HBO's drama "Six Feet Under" and one in NBC's sitcom "Parenthood."

Role on "Seinfeld": Jason Hanky, a childhood friend of George

Since "Seinfeld": Spader starred on "Boston Legal," and he currently stars on NBC's crime thriller "The Blacklist." He also had a part in "The Avengers: Age of Ultron." 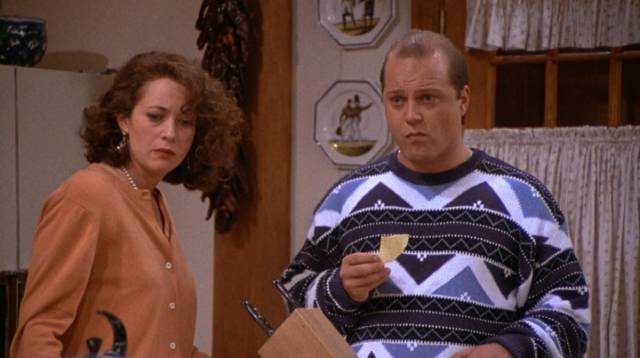 Role on "Seinfeld": Steve, the host of a party on Long Island

Since "Seinfeld": Chiklis was the lead actor on FX's police drama "The Shield," and he played The Thing in the "Fantastic Four" film series from the mid 2000s. 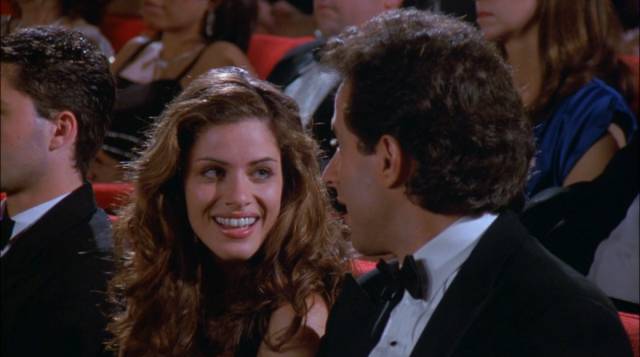 Since "Seinfeld": Peet had featured roles in a number of films, including "The Whole Nine Yards," "Saving Silverman," and "Something's Gotta Give." 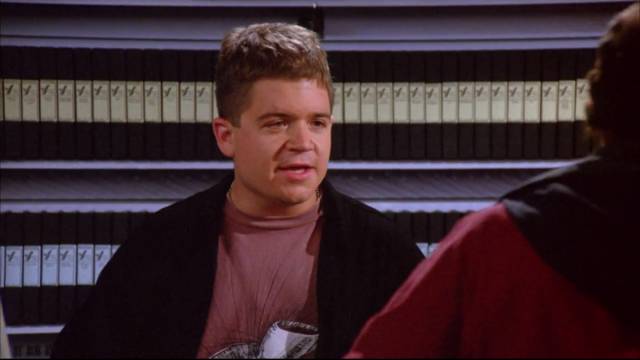 Since "Seinfeld": Oswalt gained further notice for his role on CBS's sitcom "The King of Queens" from 1998 to 2007. He has become a famous stand-up comic and voice actor (Pixar's "Ratatouille"). 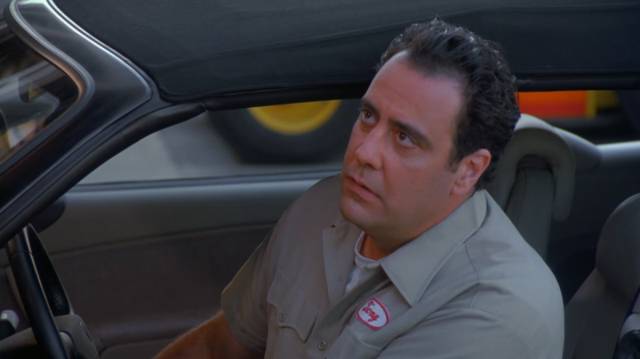 Since "Seinfeld": Garrett appeared on the CBS sitcom "Everybody Loves Raymond" and on Fox's "'Til Death." He has also done voiceover work in the Pixar films "Finding Nemo" and "Ratatouille." 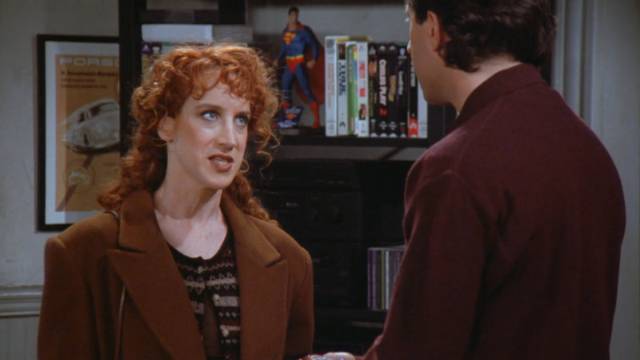 Since "Seinfeld": Griffin, in addition to her notable stand-up career, has had many cameo and voiceover roles in a number of films and television shows, and she once had her own reality show, "Kathy Griffin: My Life on the D-List," which aired on Bravo. 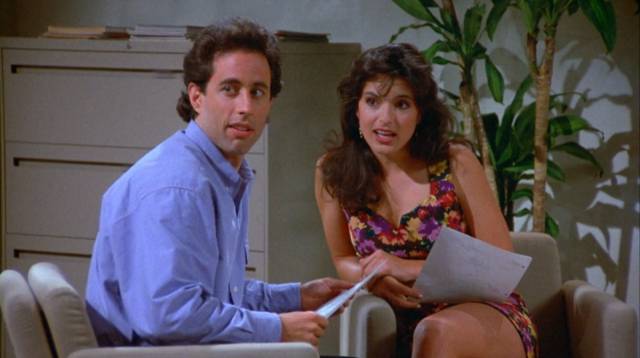 Role on "Seinfeld": Melissa, an actress auditioning to play Elaine on Jerry's show-within-a-show.

Since "Seinfeld": Hargitay has won an Emmy and a Golden Globe for her performance in the NBC drama "Law & Order: Special Victims Unit." 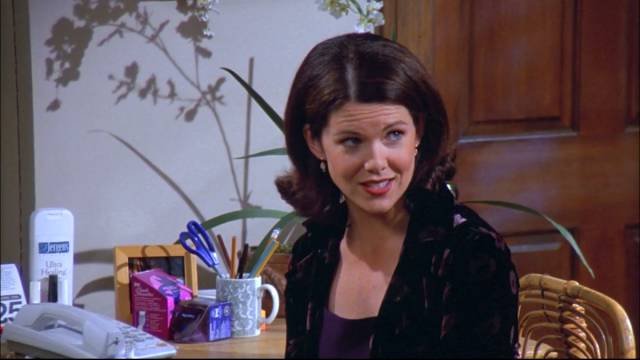 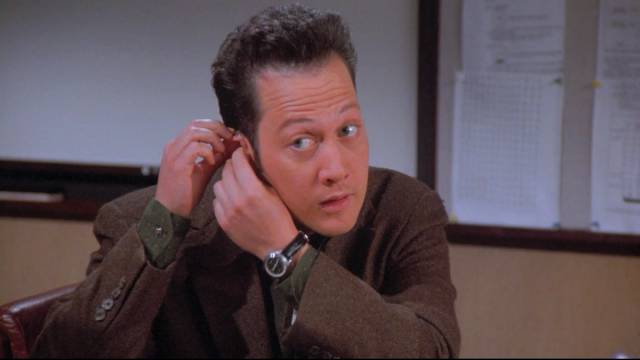 Since "Seinfeld": Schneider was an "SNL" cast member prior to his "Seinfeld" cameo. Afterward, he had roles in a number of Adam Sandler films ("Big Daddy," "50 First Dates") and a few movies of his own (the "Deuce Bigalow" films). 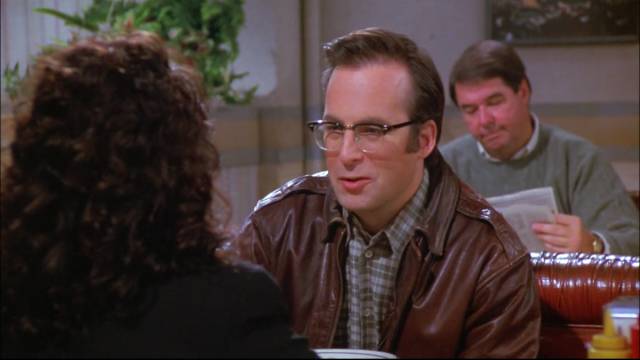 Appeared on: "The Abstinence" (Season 8, Episode 9)

Role on "Seinfeld": Ben, Elaine's doctor boyfriend who isn't quite a doctor

Since "Seinfeld": Odenkirk was already starring on "Mr. Show with Bob and David" at the time of this appearance. He went on to star as Saul Goodman in AMC's "Breaking Bad" and "Better Call Saul." 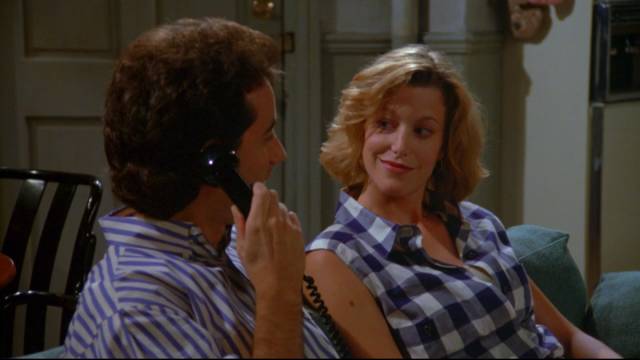 Since "Seinfeld": Gunn won two Emmy awards for her performance as Skyler White on AMC's "Breaking Bad." She plays the lead role in the upcoming financial thriller "Equity." 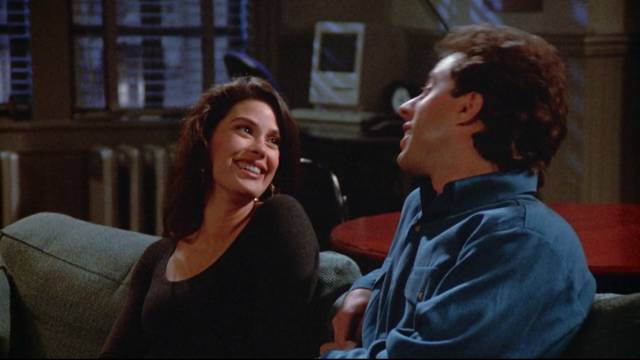 Since "Seinfeld": Hatcher had a starring role on ABC's "Desperate Housewives," and she appeared alongside Pierce Brosnon in the 1997 James Bond film "Tomorrow Never Dies." 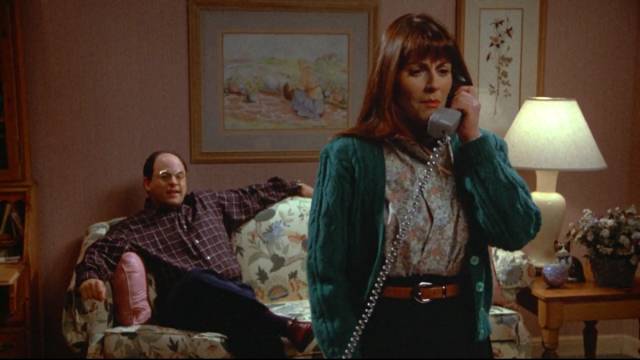 Since "Seinfeld": Mullally starred in NBC's sitcom "Will & Grace" and made several appearances on "Parks and Recreation." 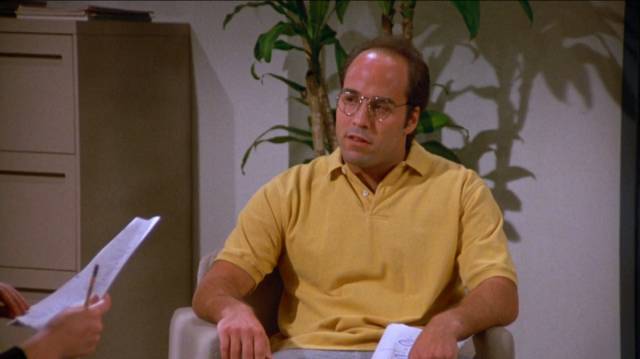 Role on "Seinfeld": Michael Barth, an actor auditioning for the part of George

Since "Seinfeld": Piven played Ari Gold on HBO's "Entourage" series and film. He was also the star of PBS's period drama "Mr Selfridge," which ended its four-season run in March.

Tickleddragon 5 year s ago
You do realize that several of these folks had successful Hollywood careers prior to Seinfield, right?

James Spader? Really? Every heard of Pretty in Pink, or Less than Zero, etc etc...
Reply