Let’s take a look at the most beautiful Edwardian women of the 1900s.

Dame Gladys Constance Cooper was an English actress whose career spanned seven decades on stage, in films and on television. Beginning on the stage as a teenager in Edwardian musical comedy and pantomime, she was starring in dramatic roles and silent films before the beginning of the First World War.

Later on, she became a manager of the Playhouse Theatre, where she played many roles, was winning praise in plays by W. Somerset Maugham and others,  was starring steadily both in the West End and on Broadway, and was nominated for three Academy Awards. 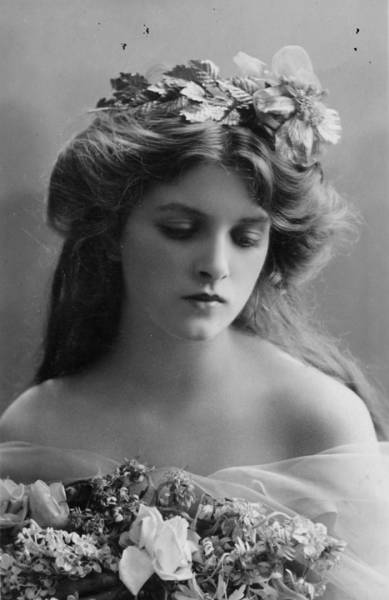 Lily Elsie was a popular English actress and singer during the Edwardian era, best known for her starring role in the hit London premiere of Franz Lehár's operetta The Merry Widow.

Beginning as a child star in the 1890s, Elsie built her reputation in several successful Edwardian musical comedies before her great success in The Merry Widow, opening in 1907. Afterwards, she starred in several more successful operettas and musicals. Admired for her beauty and charm on stage, Elsie became one of the most photographed women of Edwardian times. 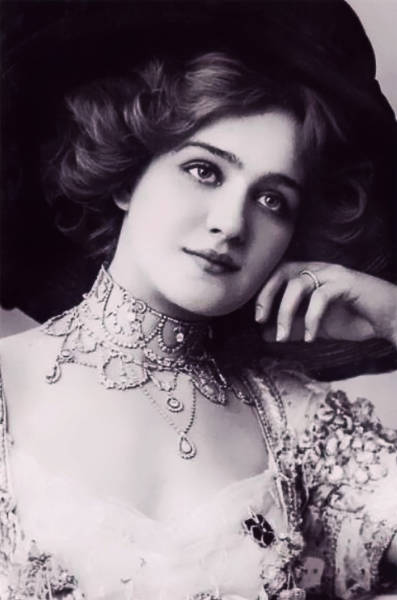 Maude Fealy was an American stage and silent film actress who survived into the talkie era.

At the age of three, she performed on stage with her mother, Margaret Fealy, and went on to make her Broadway debut in the 1900 production of Quo Vadis, again with her mother. Afterwards, Fealy toured England with William Gillette in Sherlock Holmes from 1901 to 1902. Between 1902 and 1905, she frequently toured with Sir Henry Irving's company in the United Kingdom and by 1907 was the star in touring productions in the United States. 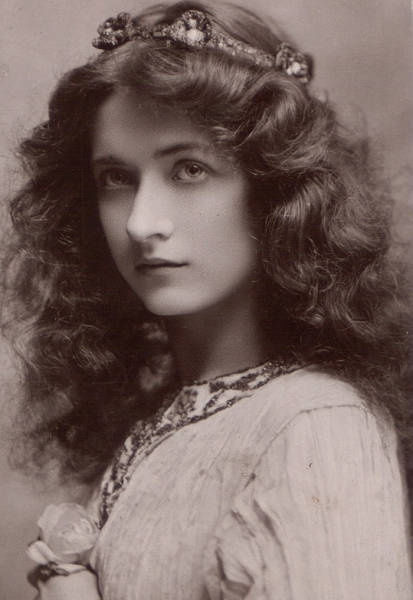 Marie Doro was an American stage and film actress of the early silent film era. She was first noticed as a chorus-girl by impresario Charles Frohman, who took her to Broadway, where she also worked for William Gillette of Sherlock Holmes fame, her early career being largely moulded by these two much-older mentors. Although generally typecast in lightweight feminine roles, she was in fact notably intelligent, cultivated and witty. 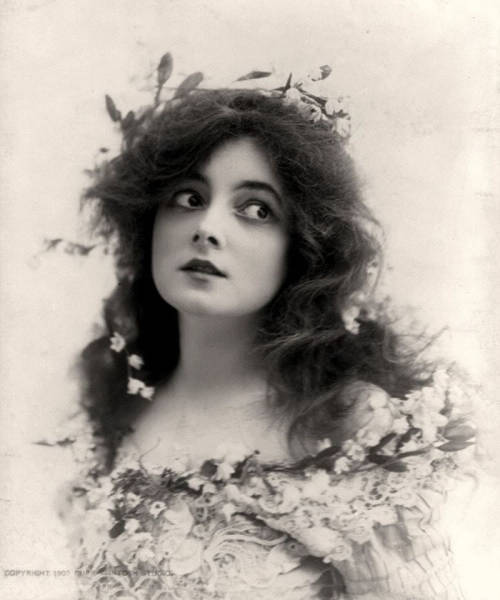 Ethel Clayton was an American actress of the silent film era. Her screen debut came in 1909, in a short called Justified. She jockeyed her early film appearances with a burgeoning stage career. Her pretty brunette looks were reminiscent of the famous Gibson Girl drawings by Charles Dana Gibson. On the stage, she appeared mainly in musicals or musical reviews such as The Ziegfeld Follies of 1911. These musical appearances indicate a singing talent Clayton may have possessed but went unused in her many silent screen performances. Her screen credits number more than 180. 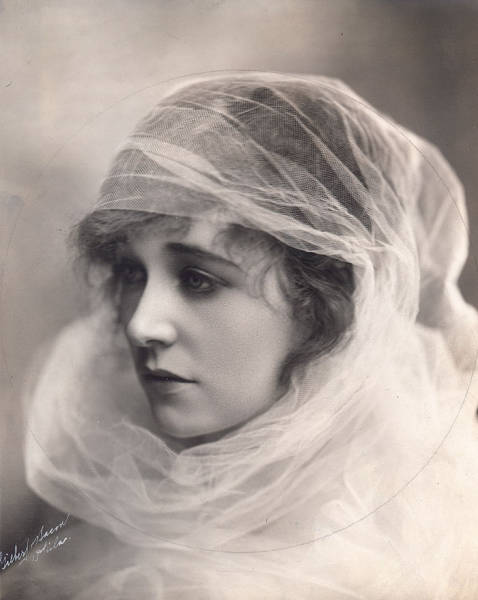 Ethel Warwick was a British stage actress. She was known for The Bigamist (1916), The Magistrate (1921) and Bachelor's Baby (1932). During her teenage years, before becoming an actress, Ethel was a nude model, posing for, among others, James McNeil Whistler. 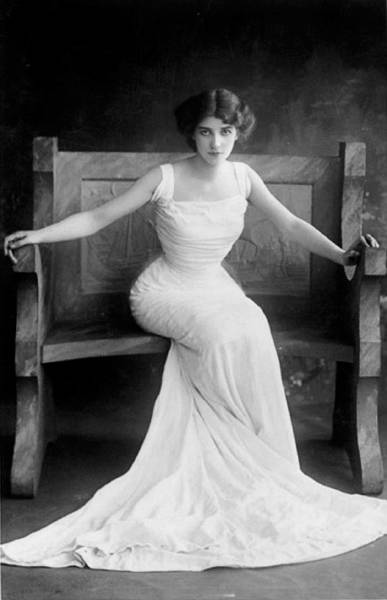 Evelyn Nesbit was a popular American chorus girl and artists' model. In the early part of the 20th century, her figure and face was everywhere, appearing in mass circulation newspaper and magazine advertisements, on souvenir items and calendars, making her a cultural celebrity.

Her career began in her early teens in Philadelphia and continued in New York, where she posed for a cadre of respected artists of the era, James Carroll Beckwith, Frederick S. Church, and notably Charles Dana Gibson, who idealized her as a "Gibson Girl". 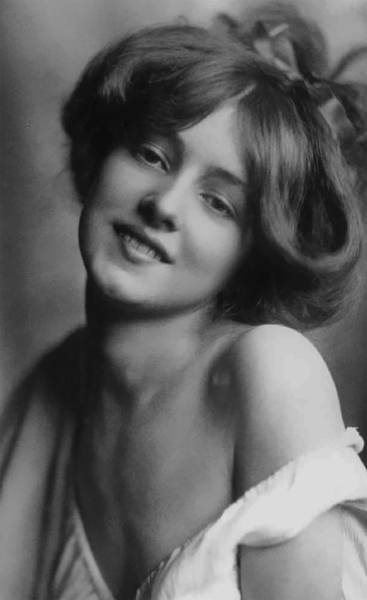 Aida Overton Walker, aka "The Queen of the Cakewalk", was an African-American vaudeville performer, actress, singer, dancer, choreographer, and wife of vaudevillian George Walker. She appeared with her husband and his performing partner Bert Williams, and in groups such as Black Patti's Troubadours. She was also a solo dancer and choreographer for vaudeville shows such as Bob Cole, Joe Jordan, and J. Rosamond Johnson's The Red Moon (1908) and S. H. Dudley's His Honor the Barber (1911). 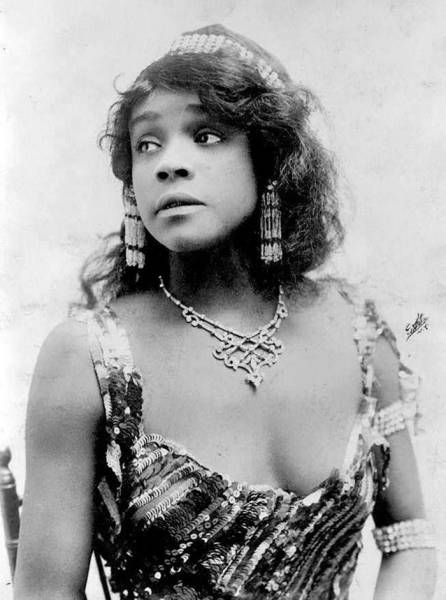 Mary William Ethelbert Appleton "Billie" Burke was an American actress, famous on Broadway and in an early silent film, best known to modern audiences as Glinda the Good Witch of the North in the movie musical The Wizard of Oz.

She was nominated for the Academy Award for Best Supporting Actress in 1938 and is also remembered for her appearances in the Topper series. Burke's voice was unique in intonation, which she accentuated in her later character roles as dim-witted, spoiled society types. 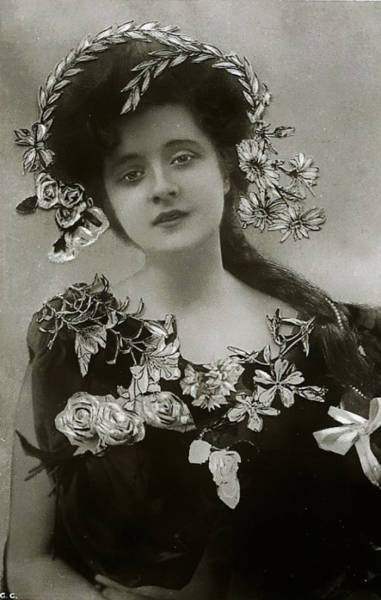 Minnie Brown was an actress and performer who spent from 1902 to 1918 entertaining in Europe, Russia, and the Far East. She was part of the circle of very successful African-American women performers who were based in Russia during those years who included Ollie Burgoyne, Pearl Hobson, and Georgette Harvey. 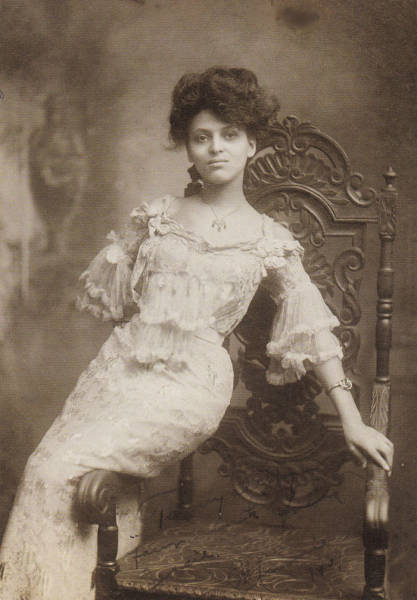 Julia James was an actress who was born in London and began her career at the Aldwych Theatre under Seymour Hicks, playing there Supper Belle in "Blue Bell" (1905). She appeared at the Gaiety Theatre in "The Girls of Gottenburg", "Havana" and "Our Miss Gibbs. In 1913 she played Sombra in "The Arcadians of L'Olympia in Paris, France. 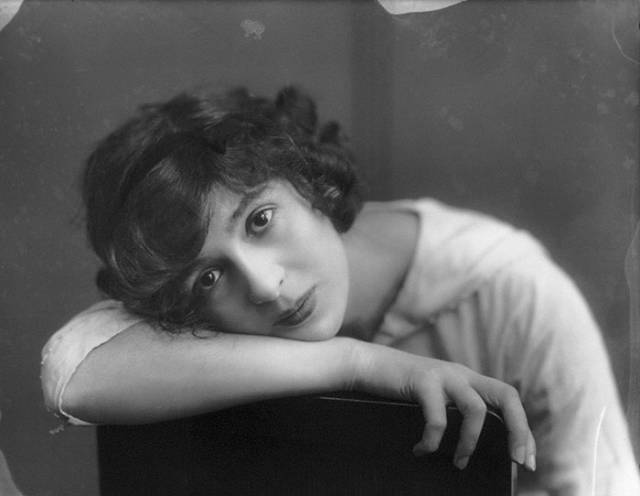 Geneviève "Ginette" Lantelme was a French stage actress, socialite, fashion icon, and courtesan. Considered by her contemporaries to be one of the most beautiful women of the Belle Epoque, she is remembered for the mysterious circumstances of her death: on the night of July 24/25, 1911, she fell from the yacht of her husband, Alfred Edwards. 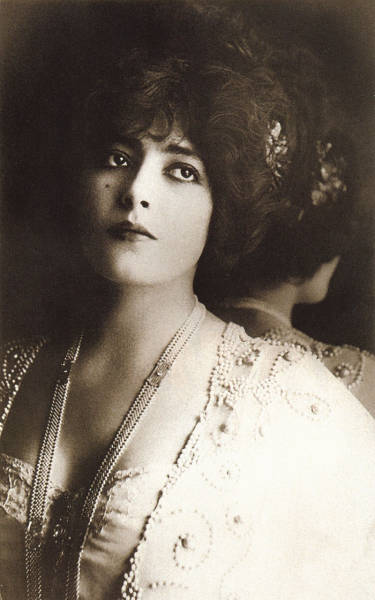 Camilla Antoinette Clifford, aka "the quintessential Gibson Girl", was a Belgian-born stage actress and the most famous model for the "Gibson Girl" illustrations. Her towering coiffure and hourglass figure defined the Gibson Girl style.

Photographs of her taken by Lizzie Caswall Smith in 1905 often appear in historical fashion books and on websites to illustrate the Edwardian style. Her trademark style was a long, elegant gown wrapped around her tightly corseted, eighteen-inch wasp waist. 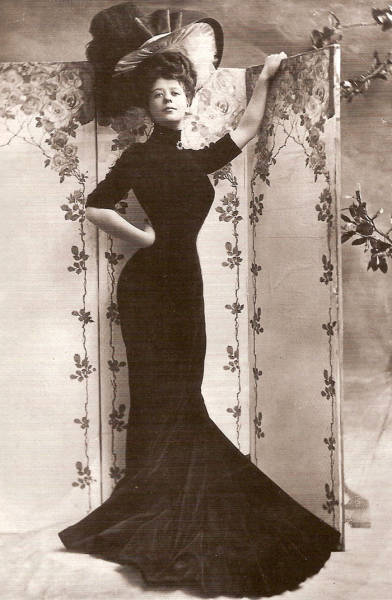 Ethel Barrymore was an American stage and film actress whose distinctive style, voice, and wit made her the "first lady" of the American theatre.

Ethel Barrymore starred for the first time on Broadway in 1901. In 1928 she opened the Ethel Barrymore Theater in New York. She also appeared in vaudeville, on radio and television and in several films. During the 1920s and 1930s, she made only one film. In 1944, she played opposite Cary Grant in the film None but the Lonely Heart. 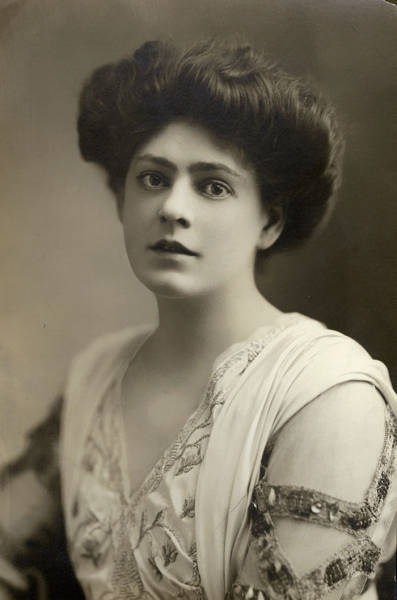 She was one of the first women to wear a one-piece bathing costume, instead of the then-accepted pantaloons. Kellerman's swimming costumes became so popular, that she started her own fashion line of one-piece bathing suits. Kellermann helped popularize the sport of synchronised swimming; and authored a swimming manual. She appeared in several movies and was the first major actress to appear nude in a Hollywood production. 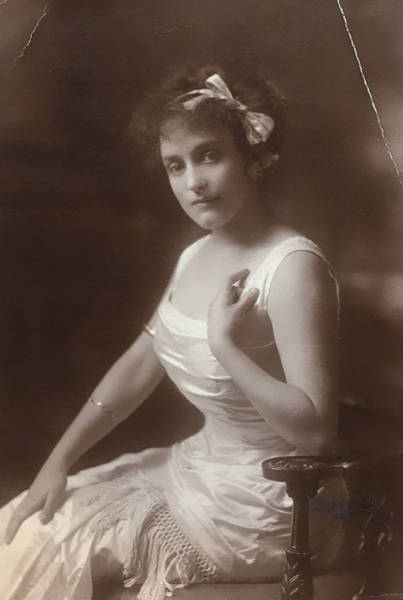