Ed Toutant, Who Wants to Be a Millionaire? 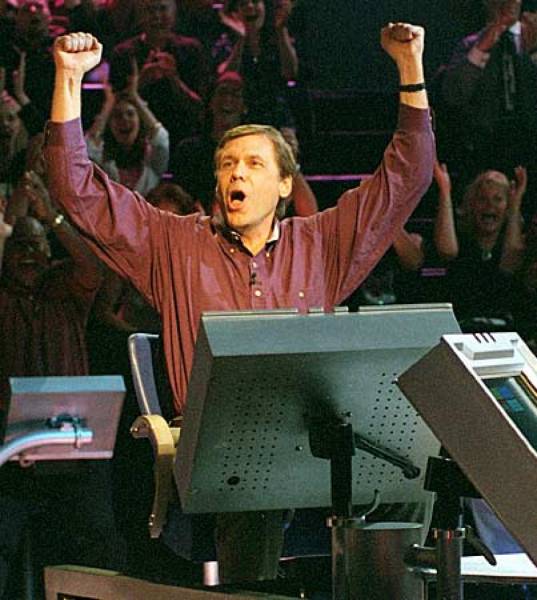 Ed Toutant from Texas, originally appeared on the game show Who Wants To Be A Millionaire? in January 2001. He made it to the $1,000 question before getting the red “X”. Sadly, he lost and walked away with a measly $1,000.

That wasn’t the end of Ed Toutant’s story…

The game show Gods must have been watching the show because after the episode aired, producers declared the question he lost on to be a poor question. The producers invited Ed to return and come back to compete on the show in September 2001. Ed eagerly accepted the invitation. It ended up being the luckiest invitation Ed ever accepted. He won $1,871,000! This immense fortune, well over the usual $1,000,000 jackpot, was due to the show’s new $10,000 bonus for every show that aired without someone winning the grand prize.

Who Wants To Be a Millionaire? wasn’t the first foray into the game show world for Ed Toutant. In 1989, Ed had appeared on the game show Jeopardy!. Ed was no Ken Jennings, though and walked away with a little over $11,000. Ed’s biggest tip for those seeking to win big on Who Wants To Be a Millionaire? was simple, “watch the show.” Instead of sticking his nose in almanacs and encyclopedias to prepare for his big appearance on the show, he sat on his couch and watched hours of the show picking up nuances and patterns. He learned who to have as his phone-a-friends and strategies for when to use the three lifelines. He also learned that you shouldn’t say what you’re going to choose out loud because you don’t want the audience to react and make you sway your answer. Whatever his strategies were, they certainly worked and paid off big for Ed.