Kevin Olmstead, Who Wants to be a Millionaire? 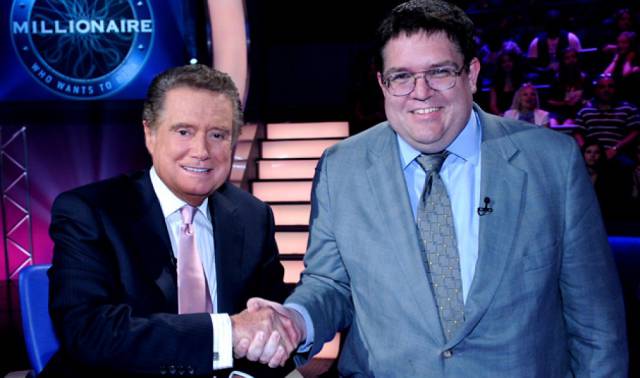 Dr. Kevin Olmstead from Ann Arbor, Michigan, was a contestant on Who Wants to be a Millionaire? in April of 2001. He won the staggering top prize of $2,180,000!

The game show had been without a million dollar prize winner for five months and so they implemented an aforementioned $10,000 bonus to the top prize with every episode that passed without a top prize winner. The producers wanted to build buzz and excitement. This lucky prize adjustment is what allowed Dr. Olmstead to scoop up such a grand top prize!

It took approximately 3 seconds for him to give the winning answer. He was able to hold on to the record for the highest winnings on a television game show for over 3 years. He was defeated in November 2004, by the game show king, Ken Jennings on the game show Jeopardy!.