Probably the most infamous serial killer in British history, Jack the Ripper stabbed and mutilated 5 prostitutes during the Autumn of 1888 in the Whitechapel area of London. He often removed the organs of his victims, leading police to believe he had anatomical knowledge.

His actual identity has been the subject of furious speculation, with some claiming he was a prominent doctor, that he was performing a Masonic ritual, or even that he was a member of the Royal Family. 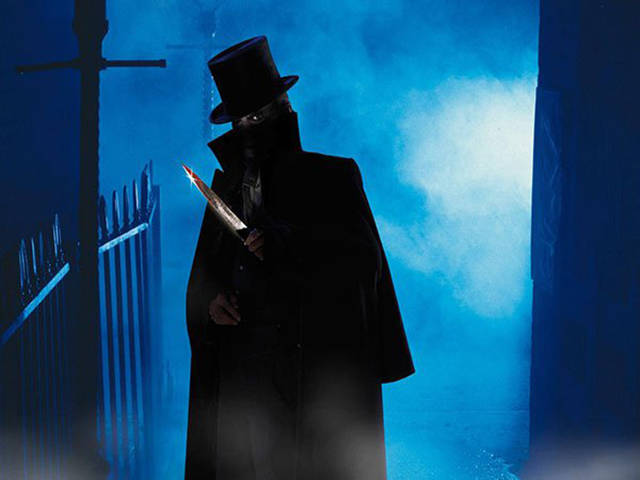 The Axeman of New Orleans

From 1918 to 1919, this devilish lumberjack murdered 12 people in their beds, using an axe often belonging to the victim. Someone purporting to be the axeman sent taunting letters to local newspapers claiming any house that played jazz would be safe from his manic spree.

The apparent jazz aficionado also appeared to selectively target Italian Americans and would often only kill women, appearing to only attack men when they got in his way.

His attacks ended in August 1919 and he was never heard of again. 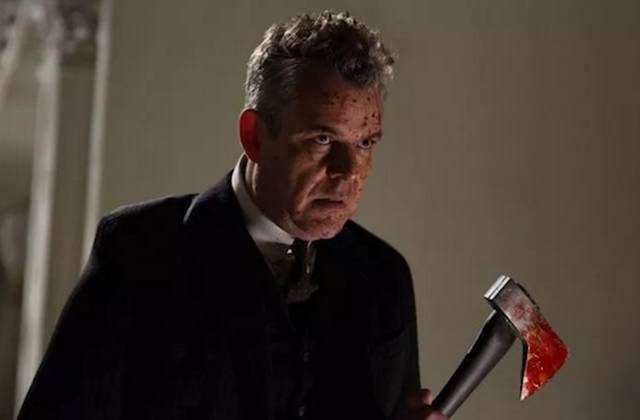 Not much is known about the (presumably) male killer of between 15-21 young black and dark-skinned women in Atlanta in 1911. He murdered the women (often a few metres away from their homes) by slashing their throat and allowing them to bleed out.

The local press and authorities were slow to respond to the slayings and, although six suspects were repeatedly questioned, no one was ever convicted. 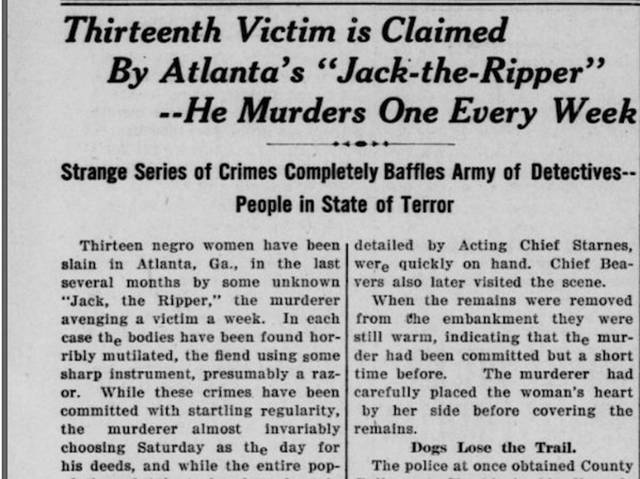 During the 1930’s, bodies (and body parts) started turning up in Cleveland and the surrounding area. The murderer appeared to have a familiarity with human anatomy and the main cause of death was often decapitation. This led to the police often only finding either the head or torso of the victims (which are believed to number between 12 and 20). 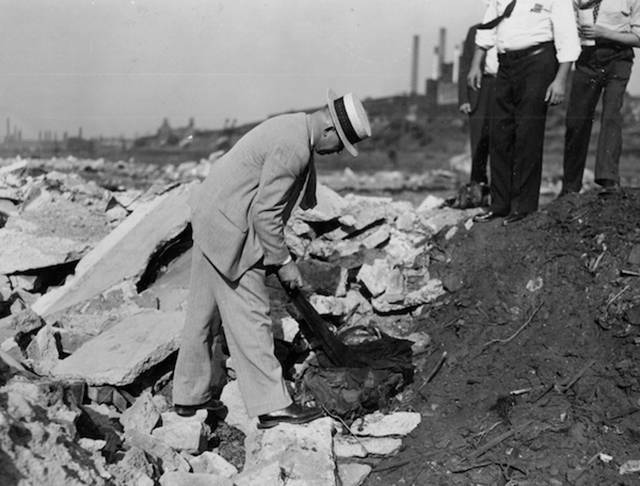 The murder of Sonia Meija and her unborn chid in 2006, and the 2008 murder of Damiana Castillo in Salt Lake City, Utah, are believed to have been committed by the same person after DNA linked the scenes.

Both murders occurred on February 9th and the perpetrator would force his way into the victim’s home before strangling them to death.

Despite the formation of an eight-man task force, the case went cold in 2011. 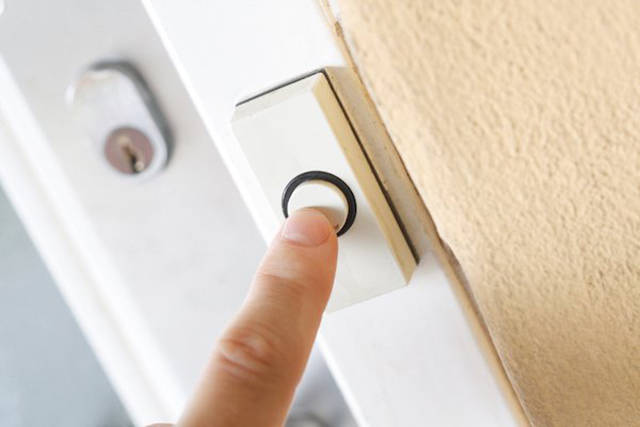 For a period of over 20 years, bodies of sex workers have been found dumped in burlap sacks and rugs along the Ocean Highway, Long Island, near the beach town of Gilgo Beach.

Strangulation is the most common form of death, with the most recent victim found as recently as 2013. The police believe that between 10 and 17 of these murders are the work of one man. 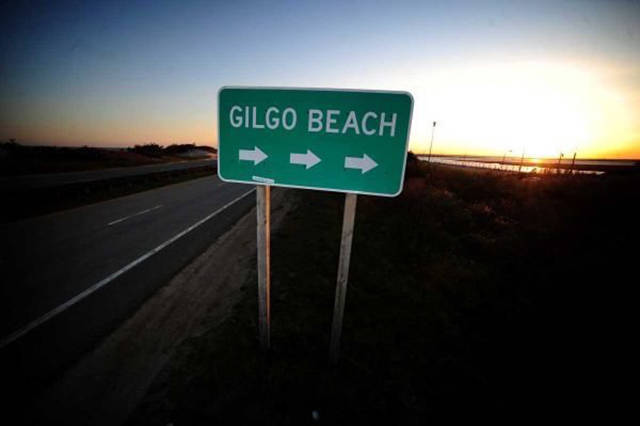 While a suspect was in custody after a tip off from his suspicious girlfriend, he was released without charge and returned to the mainland. Coincidentally, the murderer never struck again. 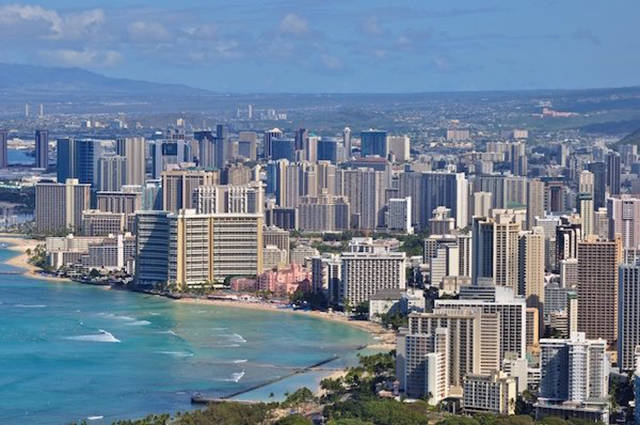 Jack the Stripper was the name given to an apparent serial killer who operated in London between 1964 and 1965. Much like his (close) namesake, he attacked prostitutes and then, unlike the Ripper, stripped them and dumped them in the River Thames. 57-year-old Kenneth Archibald confessed to the murders of the first two victims but, upon questioning, was unable to remember certain important facts about the nature of their demise. After another body was found that matched the Stripper’s modus operandi, Archibald’s claims were dismissed.

After the Stripper’s body count had reached 6 women, the officer in charge of the investigation announced that the Metropolitan Police had narrowed their suspects down to 3 key figures.

And, just like that, Jack the Stripper’s spree ended. 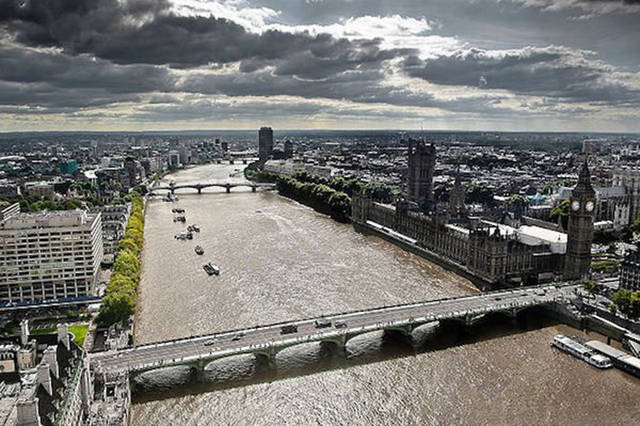 In 1834, Madame Marie Delphine LaLaurie New Orleans’ mansion burst into flames. As LaLaurie busied herself saving her furs, jewels, and heirlooms (but not, tellingly, her slaves), neighbours supposedly heard cries of agony coming from her attic. When rescuers burst into LaLaurie’s home, they found several slaves bound and mutilated in the attic, showing signs of prolonged and sadistic torture.

It appeared that this was just the tip of a far darker side of Madame Marie Delphine LaLaurie than the public was fully aware of (she was subsequently rumoured to have killed several of her slaves, including children) and an outraged mob ransacked the LaLaurie home soon after.

Madame Marie Delphine LaLaurie escaped to France and the rest of her life is not well documented. 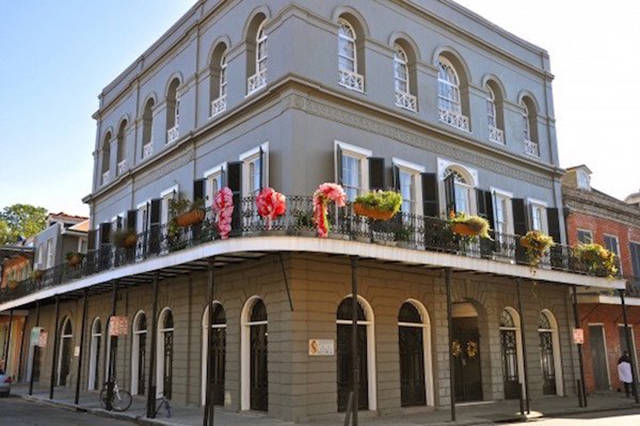 The Moonlight Murders took place in 1946 in Texarkana, a small town between Texas and Arkansas where a serial killer would shoot teenaged lovers and one older married couple. The small town went into a panic, employing the help of the Texas Rangers, but no one was ever convicted of the five murders and several assaults.

Often referred to as The Phantom, some witnesses claim the killer wore a white mask or sack with holes. 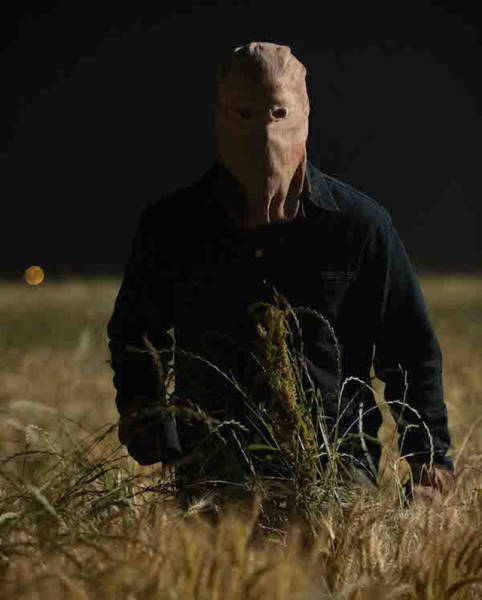 Also known as the Oakland County Child Killer, he/she was responsible for the murders of at least four children. The killer was active between 1976 and 1977, in Oakland County, Michigan.

All the victim’s had been held captive for several days before their deaths and were discovered carefully placed on snow banks by the roadside. Despite multiple suspects, no one was convicted. 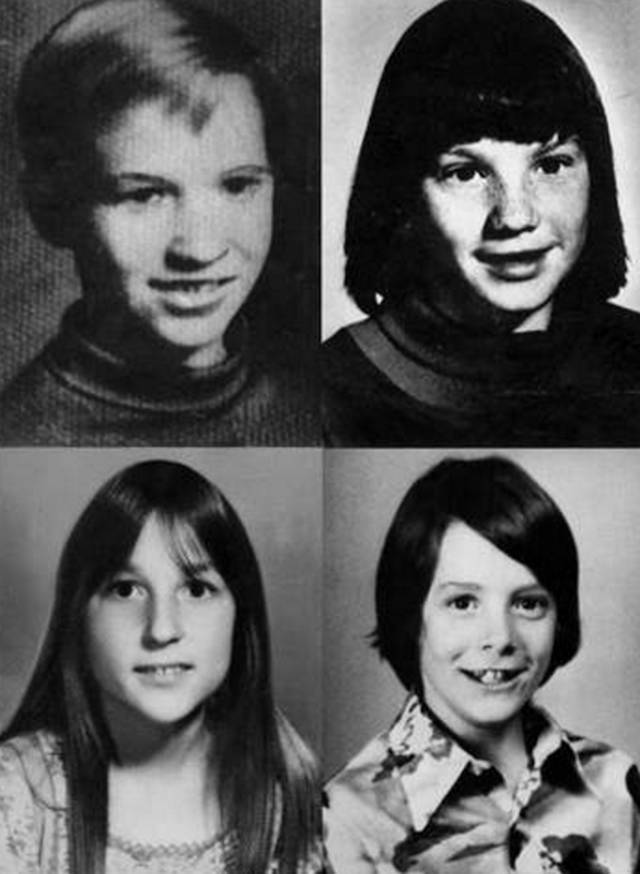 Originally, the Night Stalker and East Area Rapist were believed to be different people but DNA evidence discovered in 2001 proved them to be a single highly prolific offender.

His abrupt halt in 1986 leads many to believe that he died or was imprisoned for another crime. 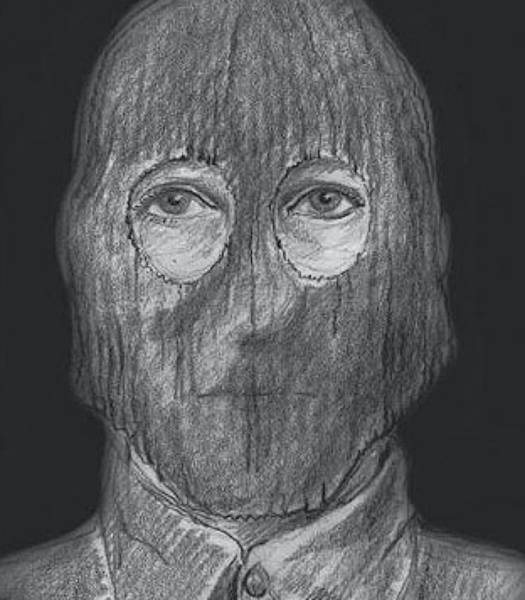 Seven women and one man were murdered in Austin, Texas, in 1885 by an unknown assailant who would prey mainly on women of low social caste. He injured many others and was one of the first major media sensations to sweep America (3 years before Jack the Ripper did the same in Britain).

His modus operandi was to attack women in bed and drag them outside to murder them. Six of the female victims had ‘sharp objects’ inserted into their ears. 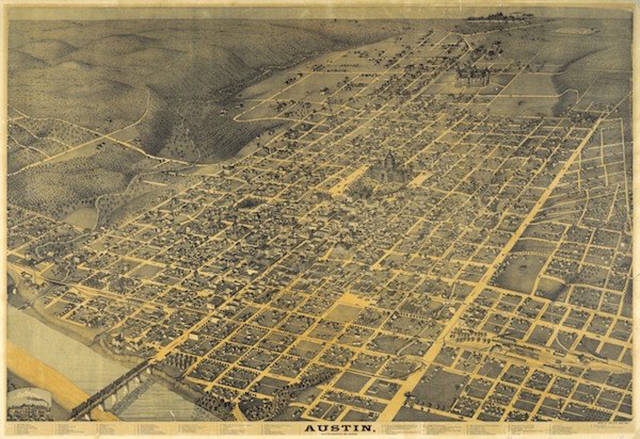 The most notorious serial killer in Indian history was responsible for the killing of at least 13 homeless people in Calcutta (now Kolkata) and possible dozens more in Bombay (now Mumbai) in the 80’s.

The assailant would crush homeless men’s heads in with a rock and then leave the bludgeoning device next to the dead bodies.

No one was ever charged with the murders and it is believed that the killer is still very much alive and possibly active. 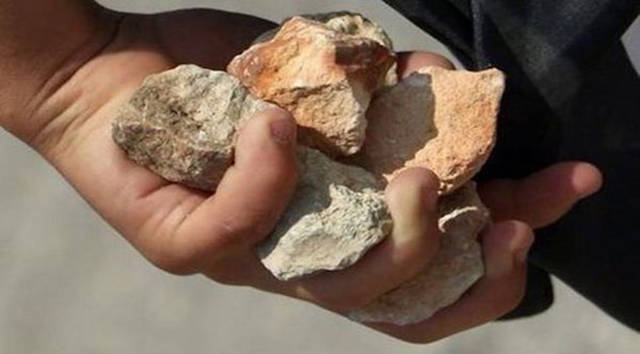 The discovery of 11 women’s bodies in a 92-acre patch of land outside Albuquerque, New Mexico, in 2009 are believed to the work of a serial killer operating between 2001-2005.

All the women but one involved were Hispanic and most were involved in drugs and prostitution.

The lack of movement on the case has led many to claim that the authorities are willfully complicit in the marginalisation of the people involved in the case due to minority status (in many senses) of the victims. 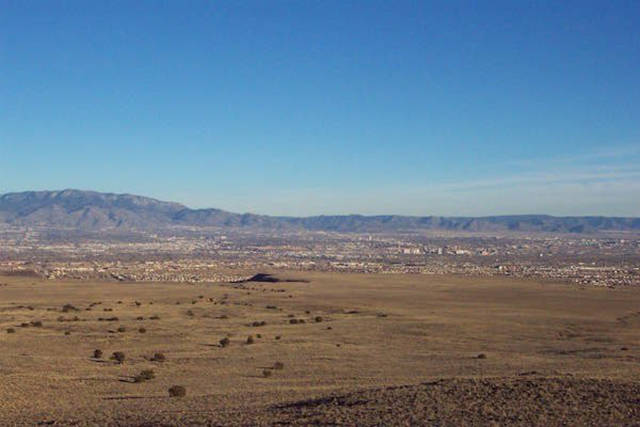 The Zodiac killer is arguably the most infamous, unidentified serial killer of all time. He was active in Northern California in the late 1960’s and early 1970’s. Although the Zodiac Killer claims to have murdered 37 people, investigators have only been able to link him to 5 deaths and 2 injuries.

During his killings, the Zodiac Killer would send letters to the police, taunting them. He would make demands, give them cryptograms to solve in order to reveal his true identity, and he would tell them about upcoming attacks. His final letter concluded with “Me=37, SFPD=0.”

No one has ever been formally charged, though Texas Sen. Ted Cruz has been cautiously suspected… 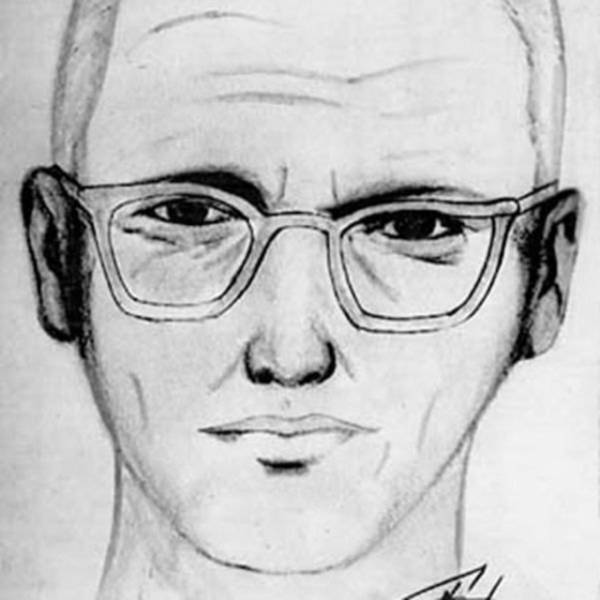