These Eerie Pictures Will Haunt Your Dreams (18 pics)

“My mom took this picture of our house around Christmas. When she saw the figure, she didn’t show it to me until years later because she thought I’d be too scared.” 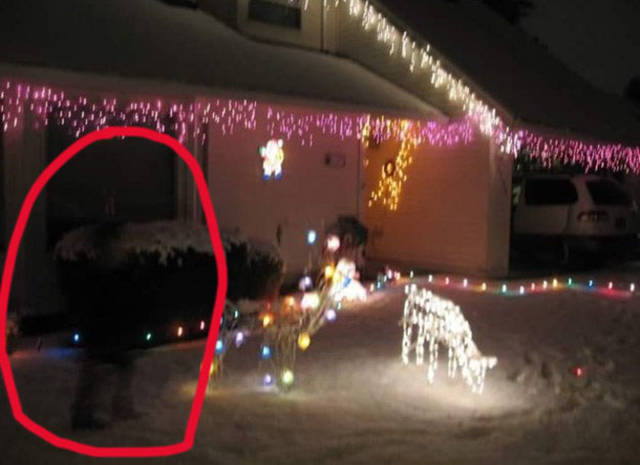 “I took this during a tour of Waverly Hills Sanatorium in Kentucky. There was no one in the window when I took this picture. The tour guide said it’s the most amazing picture she’s seen taken there, ever.” 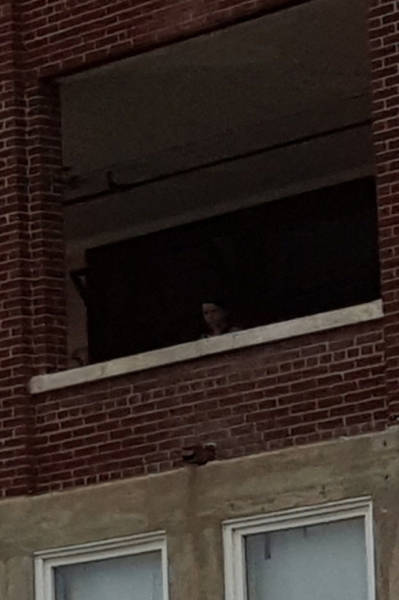 “Found this on the baby monitor for my daughter’s room a while ago. Nope.” “I took this of my house the day I bought it. I saw a reflection in the window. No one was in there at the time, as we hadn’t moved anything in yet. It freaked me the fuck out.” 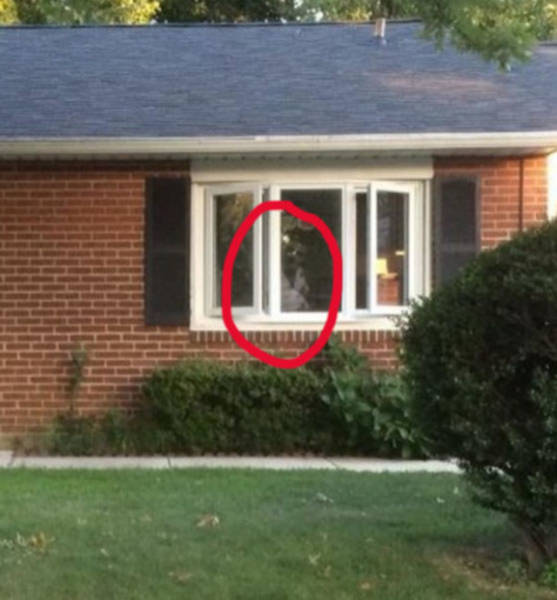 “I live in a train station and own this caboose. In this photo of my brother and his girlfriend, there seems to be a face and hand above the number. Just the three of us were there at the time.”

“This was taken at Sultan’s Palace in New Orleans, where a gruesome massacre took place in the 1800s. People who’d been enjoying a party one evening were all murdered. Perhaps this photo captured one of the party guests?” 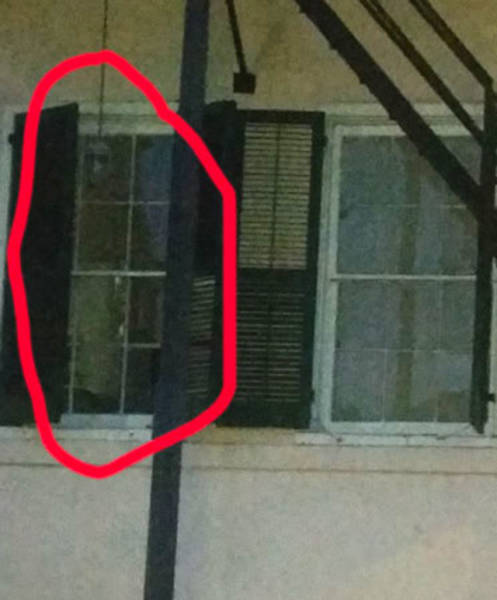 “The house I grew up in was definitely haunted. My mom took these pictures of my siblings and me on Christmas. You can see something going in and out of the light fixtures, not just covering them. It was only in one of the shots.”

“An unexpected friend apparently joined us on our camping trip last May.” 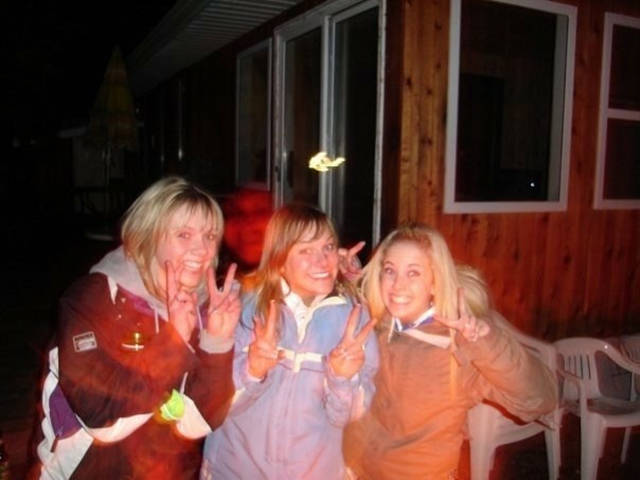 “One night I was at my mom’s house with my boyfriend. He saw slow flashes of light, went to the hallway, and saw someone walking down the hall toward us. It stopped in the doorway. Later we decided to get a bunch of disposable cameras. There is a shadow of this…thing…in most of the pictures — and it wasn’t a wrist strap.”

“On a clear morning before sunrise, I was exploring around Buckingham Palace and this condensed fog/smoke appeared in my photos. Subsequent photos showed the figure getting closer to the camera.” 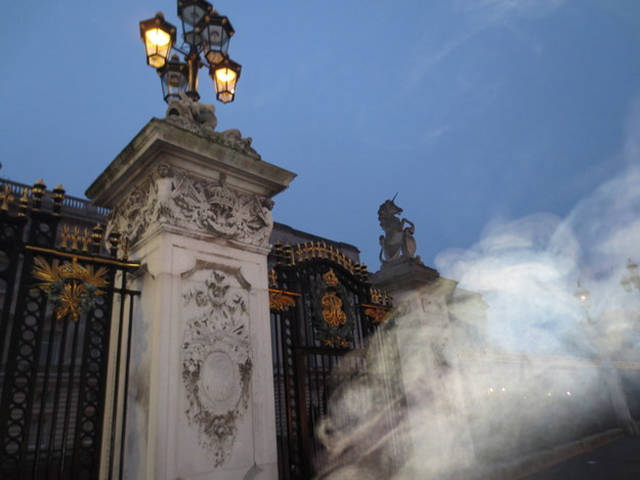 “I was walking near the castle in Marburg, Germany, a few years ago on this path. It looked really nice, so I wanted to snap a picture. This fog showed up on film, but it wasn’t foggy that night.” “This was taken in front of a war memorial in the woods behind my friend’s house. We still don’t know what caused this ghost-like figure.” 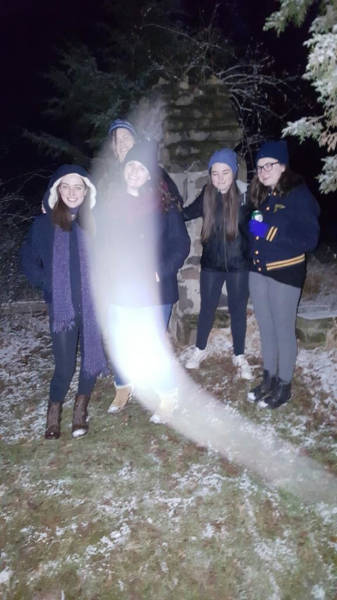 “I seem to have been touched by a ghost on this night out with my friends.” 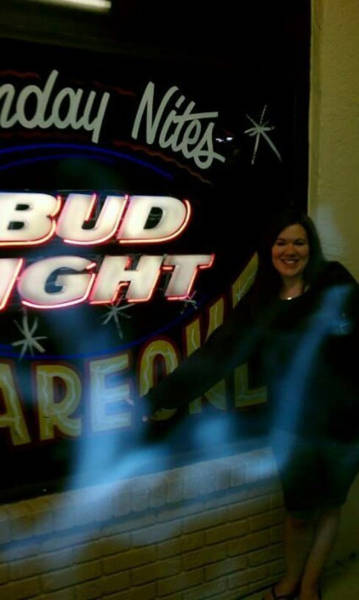 “I took a Snapchat in my room with the dog filter, and I guess I wasn’t alone.” “When on a vacation in New Orleans, I was snapping pics of everything. Later on, I happened to spot a face in a window from a house that I saw during a tour of the French Quarter. Creepy!” 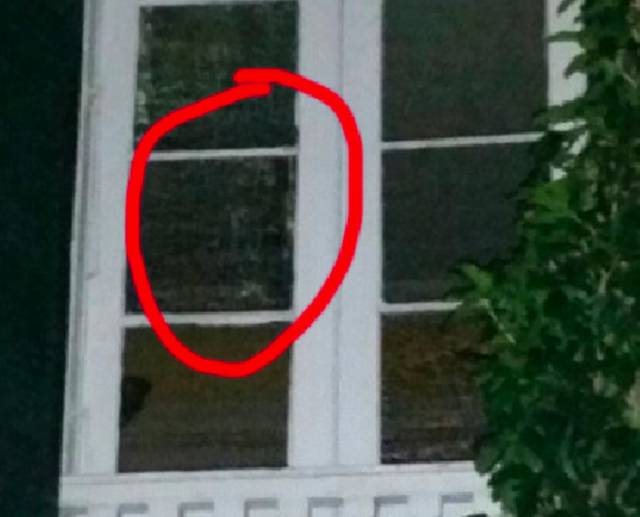 “My cousin took this photo of us on that setting that takes, like, five pictures at a time. I’m the one in the window. My face came out this way in only one shot, but it still freaks me out to look at it.”

“We turned on our daughter’s monitor one night and found this looking back at us. We usually point it toward her, but she likes to play with the camera, so we moved it. She always falls asleep talking to herself…but now we think she’s talking to something.” 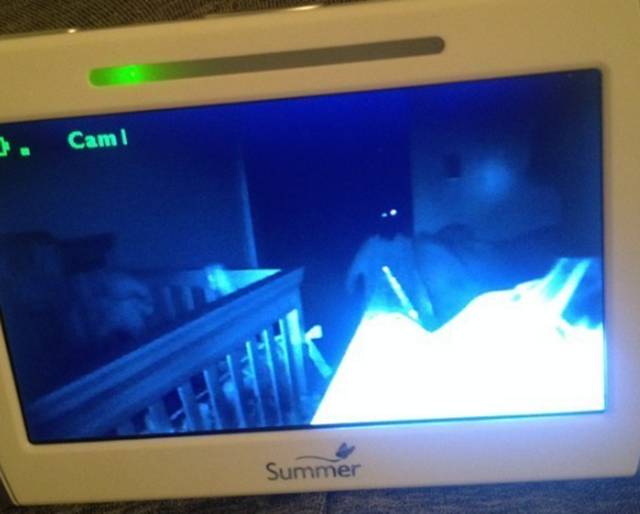 And the fridge fright:

“I lived in this house for a while. The girl in the picture is my6-year-old cousin who always told us there was a ‘mean man’ there. The day we moved, we were joking around and put her on top of the refrigerator…and it looks like we found the mean man.” 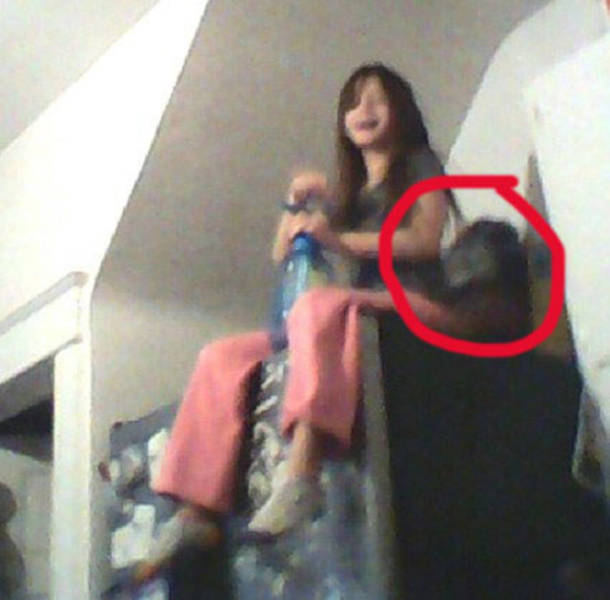