Photographer Raphael Olivier booked an architecture tour to North Korea in 2016 and captured some amazing pictures of oddly shaped buildings.

"The first word that comes to mind would be eerie," Olivier says of the general atmosphere in Pyongyang, North Korea. 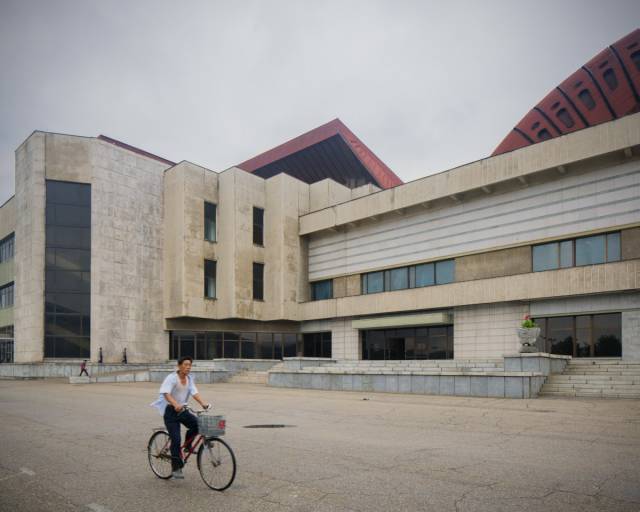 There are some three million people living in the nation's capital, and yet, most of Olivier's photos show vacant streets. 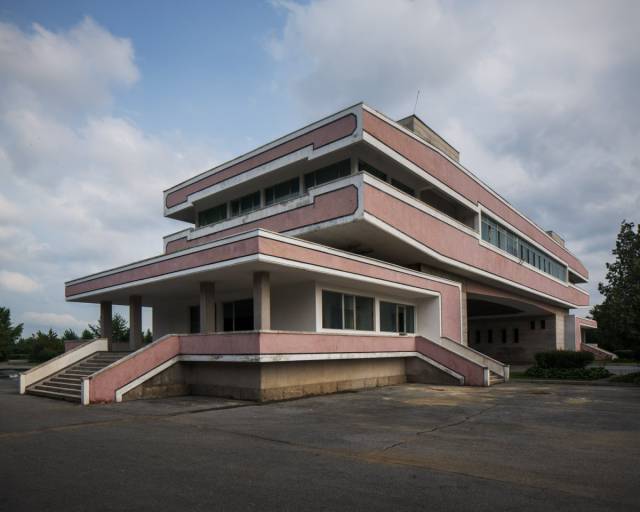 He says people work, study, and keep busy out-of-sight in the daytime. Oddly, dramatic music blares throughout the downtown area. 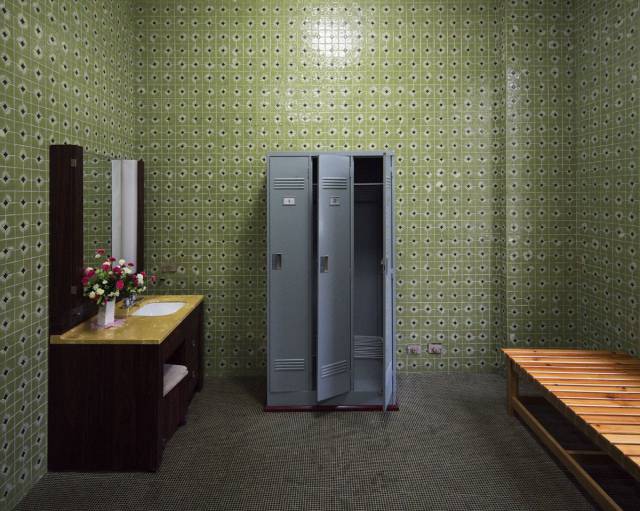 It's a relatively new city and one that is still evolving. The US effectively leveled the capital during the Korean War bombings, and the architecture of Pyongyang rose from the rubble in 1953 onwards. 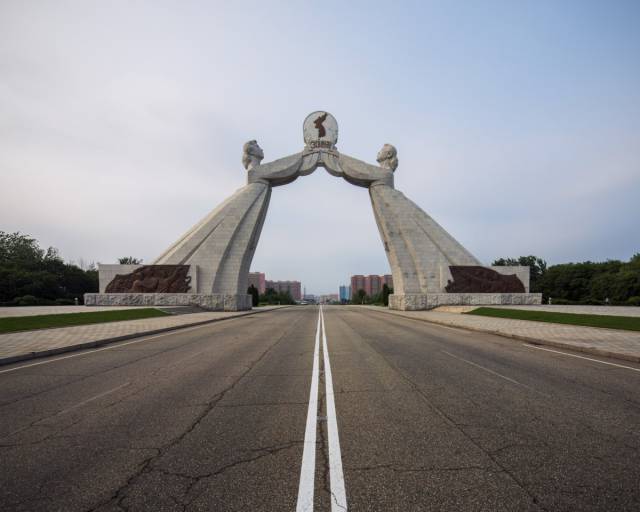 The country's founding father, Kim Il-sung, conceived of the new Pyongyang as "a great garden of Juche architecture," or of self-reliance. 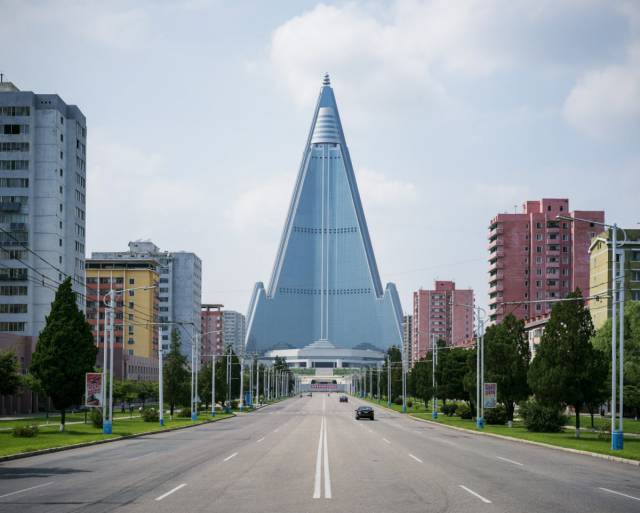 Concrete megastructures painted like Easter eggs dominate the skyline. These towers are meant to radiate strength, resilience, and national pride, according to Olivier. 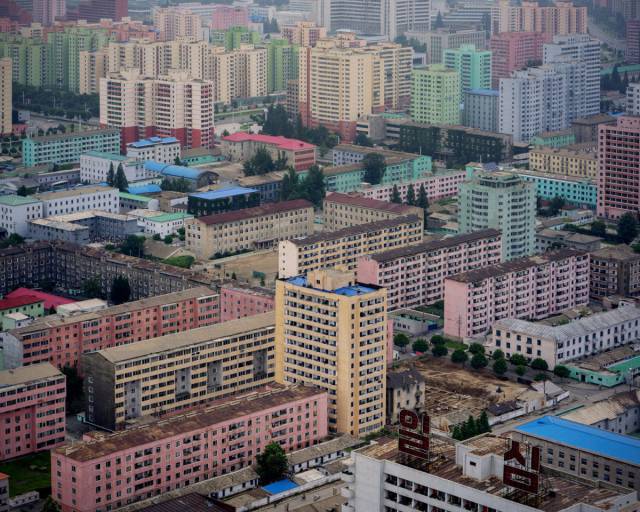 While the buildings aren't all that elegant, their intended durability represents one of the chief tenets of Juche ideology. 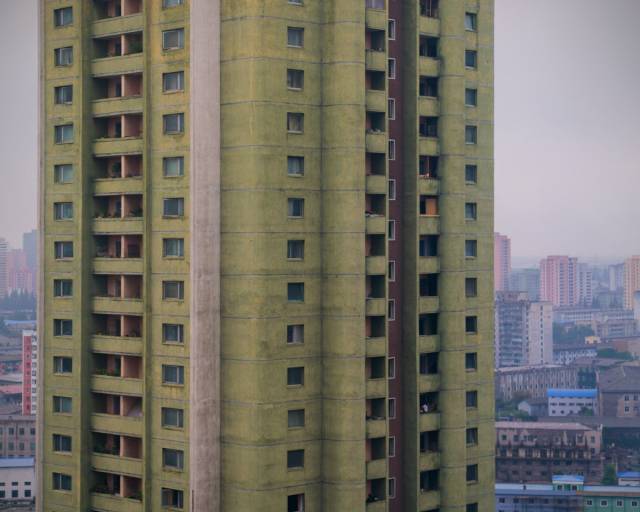 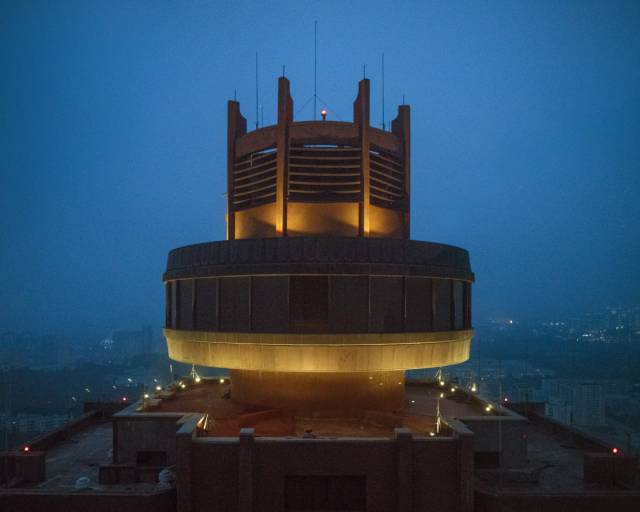 The Pyongyang Ice Rink, constructed in 1981, looks like a futuristic wigwam. It has space for over 6,000 spectators. 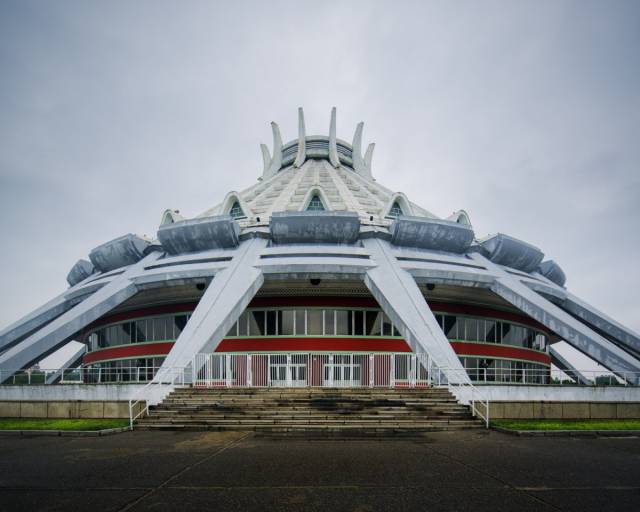 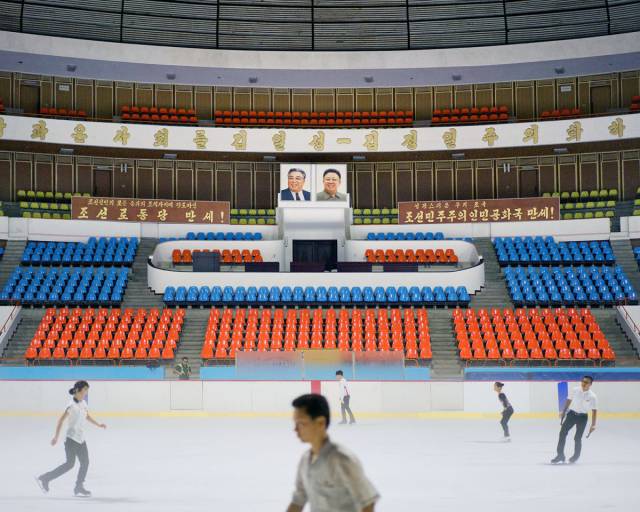 The Pyongyang International Cinema House sits mostly abandoned on the city's edge. The bare concrete and sharp edges draw from the principles of Stalinist neoclassical architecture. 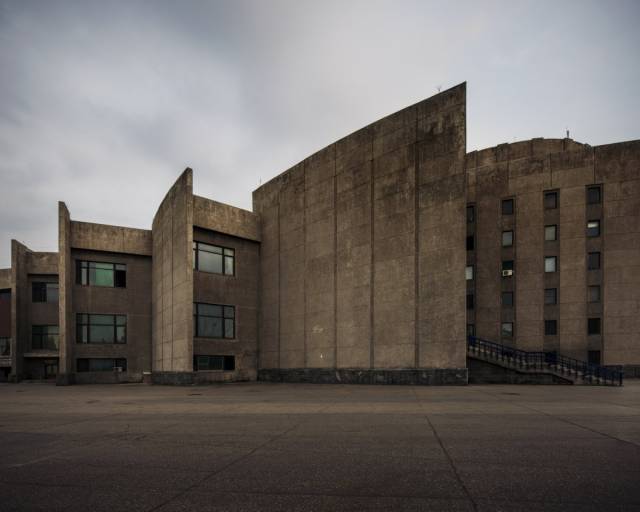 The theater opens for special events, such as the Pyongyang International Film Festival, which is held every two years. 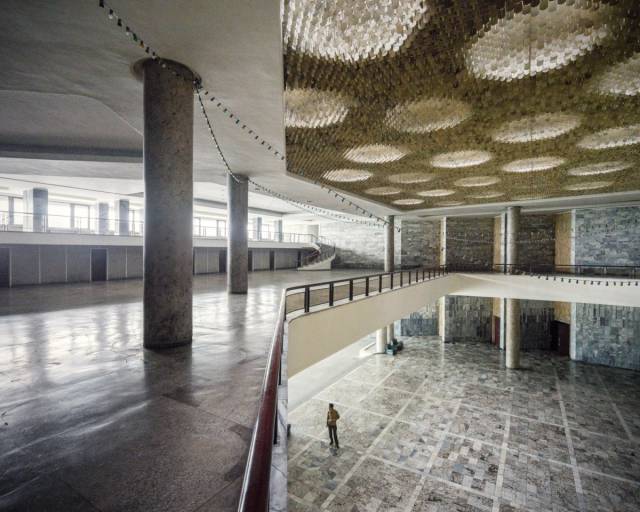 Pyongyang is hardly void of culture, according to Olivier, though it may be difficult to find. 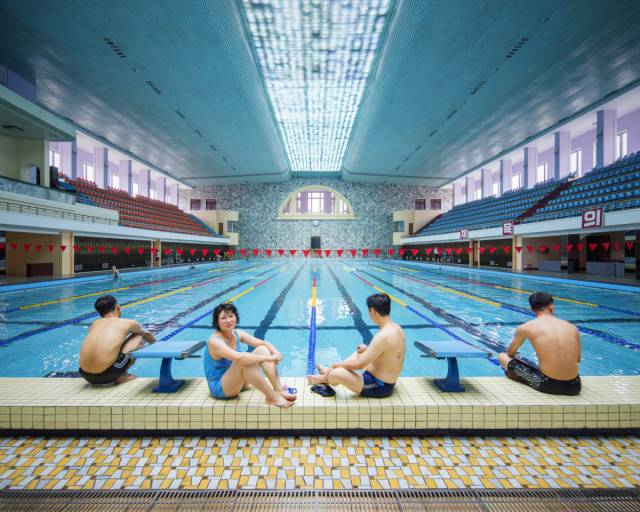 "A very surprising aspect of North Korea is how real, simple, and human the place feels compared to how it is often depicted in international media," Olivier says. "It turns out people on the ground enjoy singing, laughing, and spending time with family and friends." 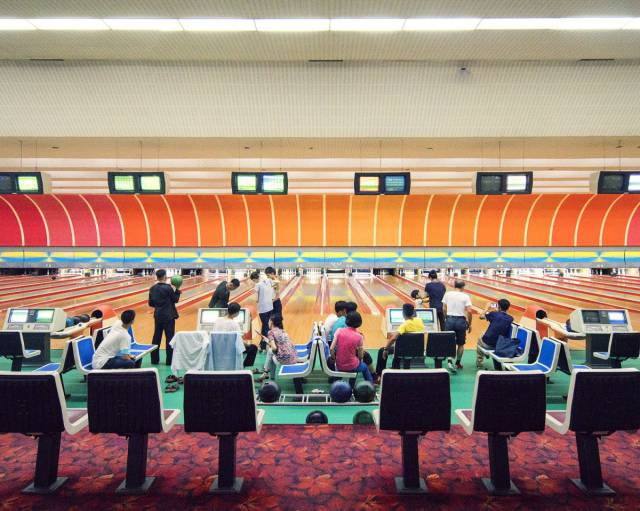 He also noticed few people glued to their smartphones, due in part to North Korea's chokehold on the internet. It was "strangely refreshing," albeit for an unsettling reason. 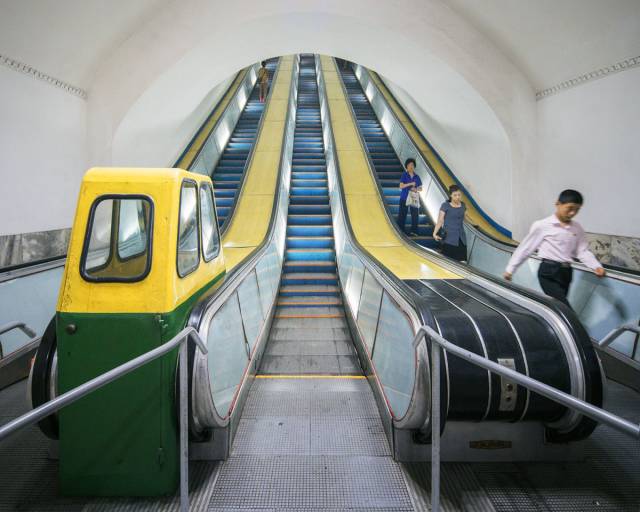 He watched a man get a haircut inside a state health complex. 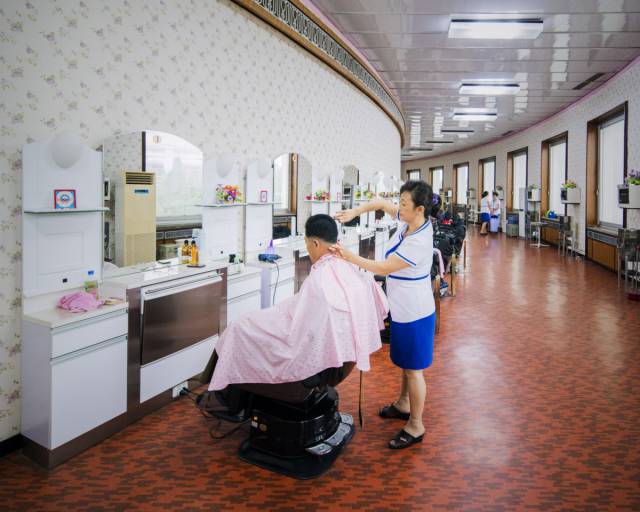 Olivier even caught a show at the Pyongyang Grand Theater, where the North Korean Revolutionary Opera performed. 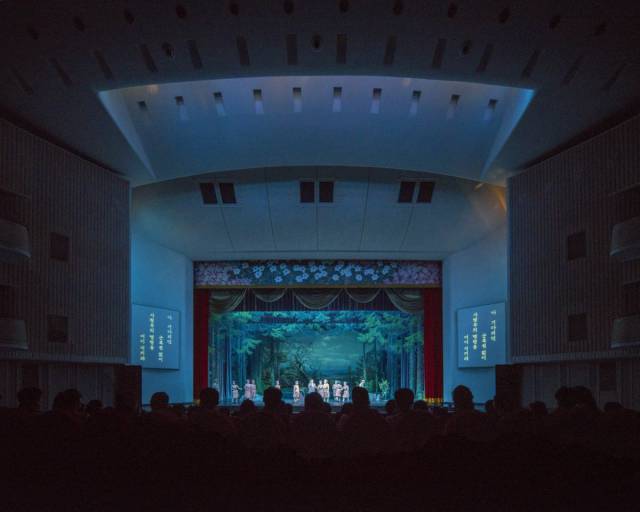 He snapped pictures when possible, mostly at designated stops on the tour. "As a tourist one is not free to walk around without guides," Olivier says. "The visited sites are carefully chosen and tours are well planned." 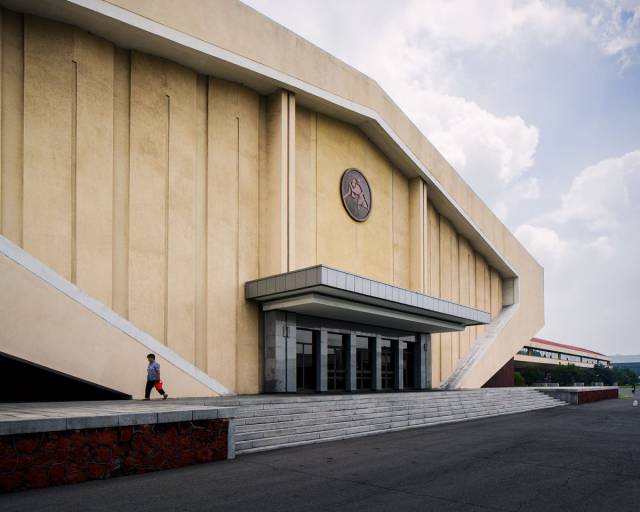 Upon entry to the country, visitors are instructed on what they can and cannot take pictures of. Customs agents inspect your cell phone and other digital devices, including cameras, tablets, and storage cards, for banned content on your way out. 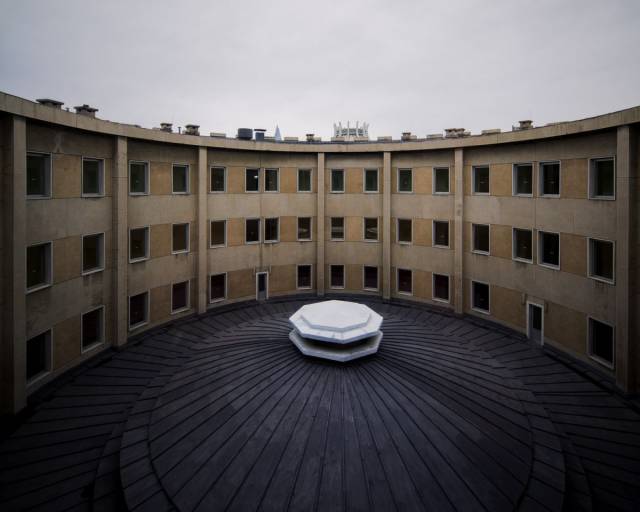 In Pyongyang, you see what the government lets you see. 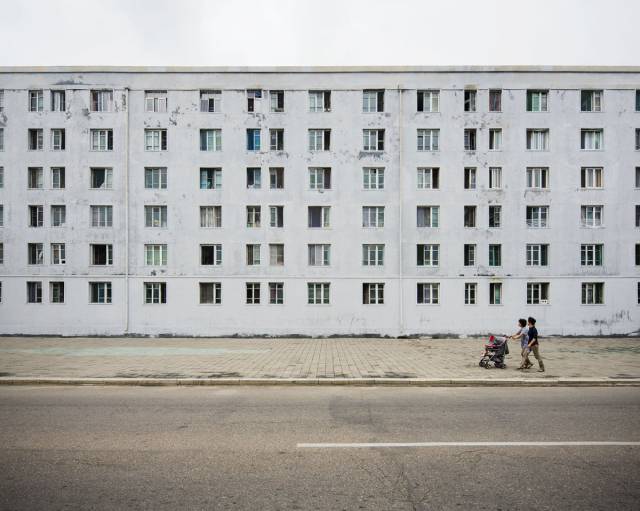 laughinggas 5 year s ago
Boy are those people in for a shock when their country is liberated .
Reply