"The Light Between Oceans" - out now 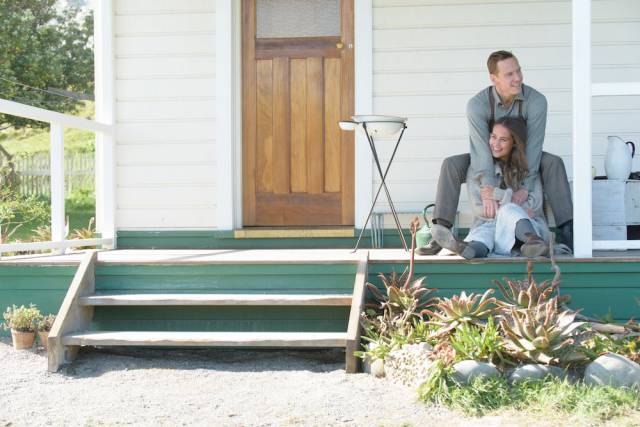 Michael Fassbender and Alicia Vikander prove they are two of the top actors working today as they play a couple whose lives crumble after rescuing a baby adrift in a rowboat. Based on the M.L. Stedman novel of the same name, the movie is a visually stunning look at sacrifice. 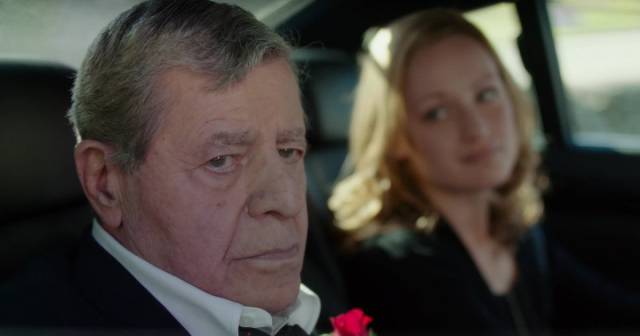 This is Jerry Lewis' first leading movie role since Martin Scorsese's "The King of Comedy" in the 80s. The now-90-year-old legend delivers an emotionally charged dramatic performance as a jazz musician who struggles with the death of his wife and the possibility that she was unfaithful to him. 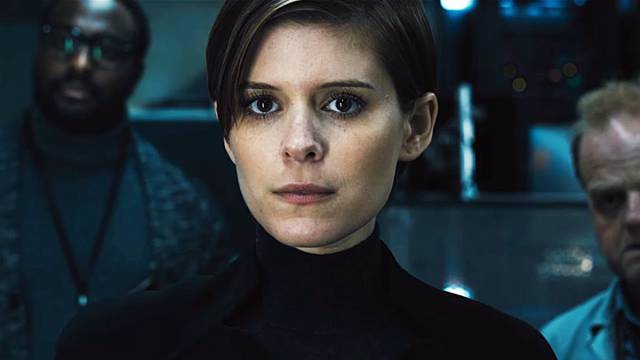 In this thriller Kate Mara ("Fantastic Four") plays a risk-management consultant who has to determine whether to terminate an artificial being who was created in a lab. 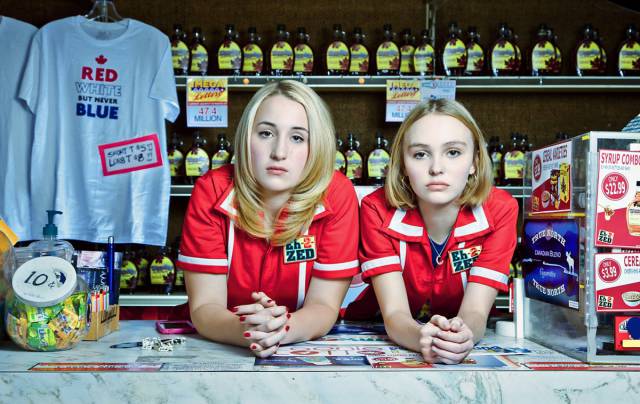 Kevin Smith jumps headfirst into B-movie filmmaking with his latest that stars his daughter, Harley Quinn Smith, and Johnny Depp's daughter, Lily-Rose Depp, as two Canadians who find themselves fighting miniature Nazis made out of bratwursts. 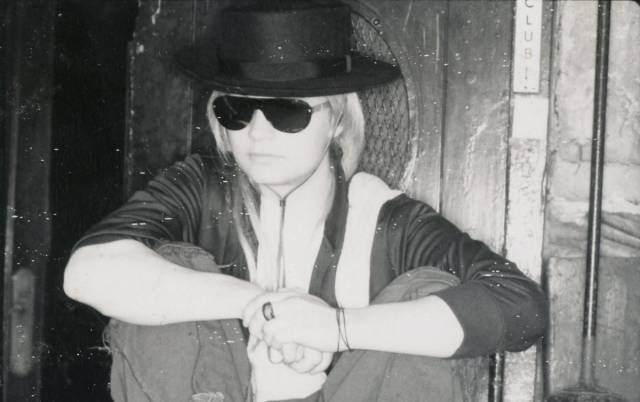 For a decade author JT LeRoy captivated the literary world with his sordid stories of his childhood. But it turns out LeRoy was the creation of a middle-aged phone-sex operator turned housewife named Laura Albert. This documentary takes a look behind Albert's incredible creation of a literary legend.

US Airways captain Chesley "Sully" Sullenberger became an instant hero when he pulled off an emergency landing on New York's Hudson River, saving everyone on the flight. But director Clint Eastwood shows in the movie "Sully" that along with the praise, Sully also dealt with a lot of criticism. Tom Hanks plays the captain in a role that could bring him awards buzz. 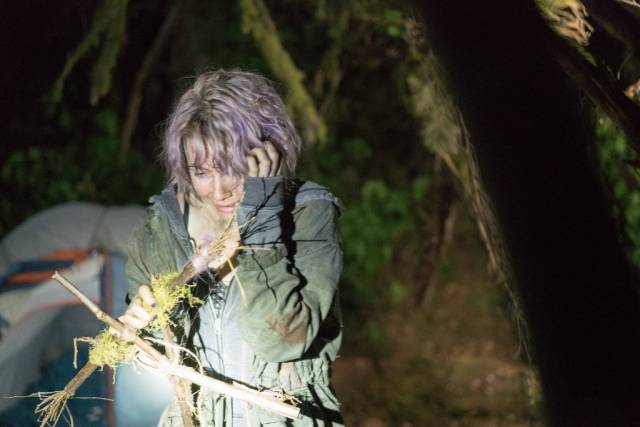 Taking a page from Paramount and its super-secret sequel to "Cloverfield," "10 Cloverfield Lane," Lionsgate revealed at this year's Comic-Con that it has made a "Blair Witch Project" sequel (there will be zero reference to "Book of Shadows: Blair Witch 2"). Horror filmmaker Adam Wingard ("You're Next," "The Guest") is at the helm and word from those who saw it at Comic-Con says we won't be disappointed. 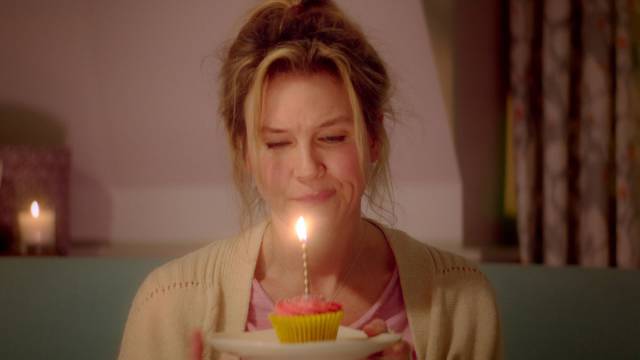 Now entering her 40s, Bridget Jones (Renée Zellweger) looks to be figuring out life as she's thriving at her job as a news producer. But this is Bridget Jones. After realizing she's pregnant, she has to figure out if the father is her on-again-off-again beau Mark Darcy (Colin Firth) or the American she recently met, Jack (Patrick Dempsey). 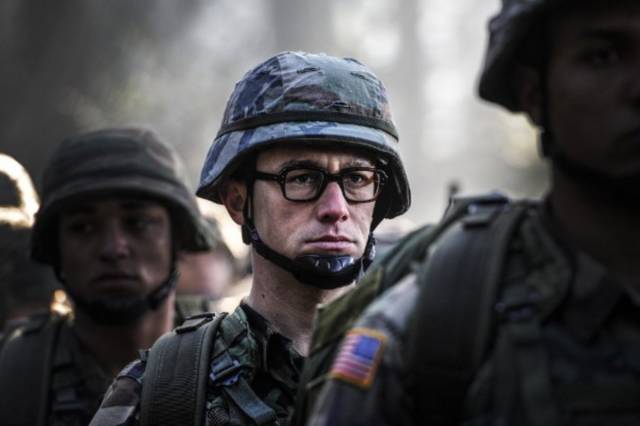 Director Oliver Stone looks back on the acts by Edward Snowden (played by Joseph Gordon-Levitt) that led to him being one of the most infamous whistleblowers in American history. 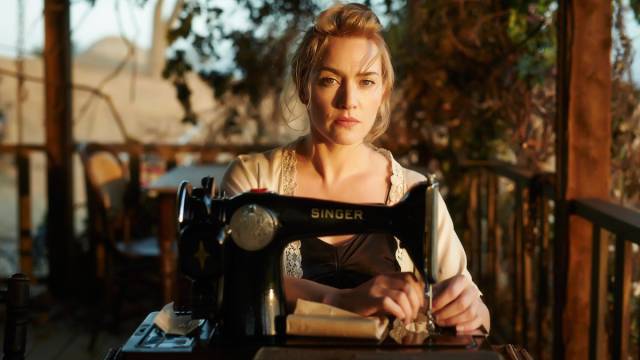 Kate Winslet plays a dressmaker who returns to her small Australian hometown to right wrongs from her past, but in the process she transforms the fashion of the town. 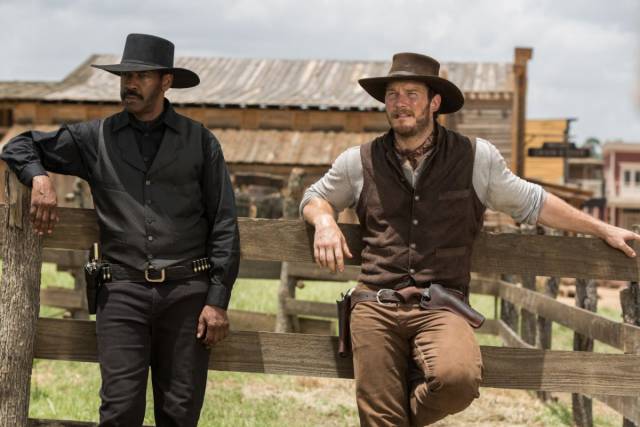 Denzel Washington puts together some of the baddest men in the West to help out a village being harassed by thieves in the reboot of the 1960s classic (which is an Americanized version of the great Akira Kurosawa movie "Seven Samurai"). Chris Pratt, Ethan Hawke, and Vincent D'Onofrio also star.

When storks pivot and leave the baby-delivering game to now focus on packages, one stork (voiced by Andy Samberg) has to make things right when a baby suddenly needs to be delivered to its parents. 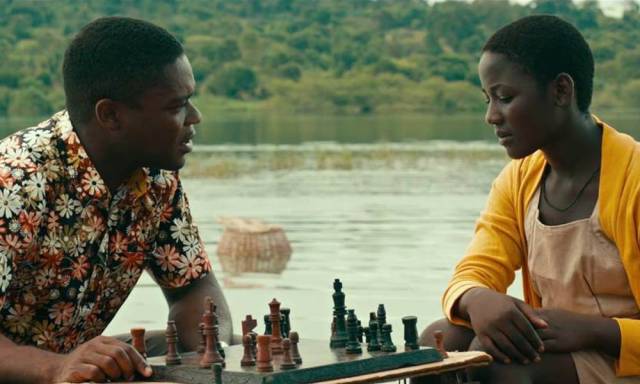 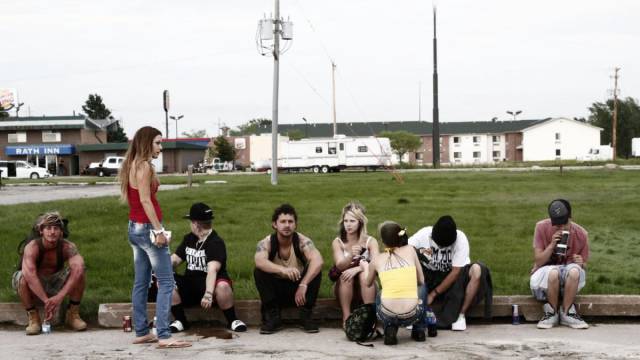 Winner of the Jury Prize at this year's Cannes Film Festival, this gritty look at a girl who drops everything to join a group of misfits who sell magazines across the Midwest is a unique look at the disenfranchised of the country but also an intimate glance at innocence lost. The movie is led by great performances by Shia LaBeouf, Riley Keough ("The Girlfriend Experience"), and newcomer Sasha Lane in the lead role. 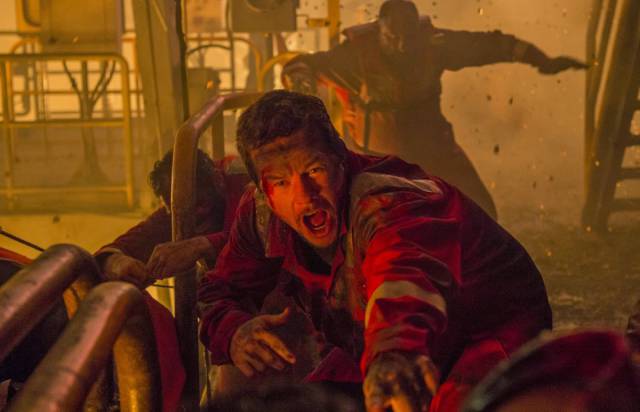 Mark Wahlberg stars in a look at the explosion that happened on the offshore drilling rig that led to the worst oil spill in US history. 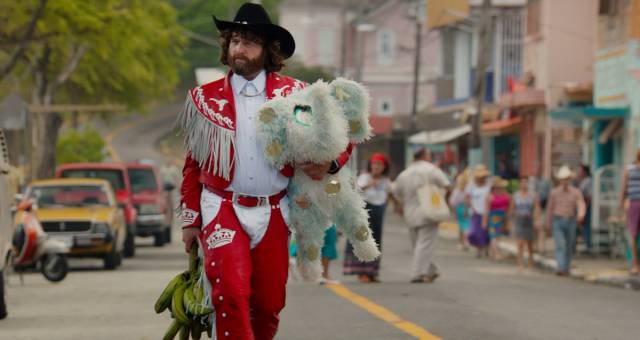 Sitting on the shelf for a year due to financial issues with its production company, this comedy based on the 1997 Loomis Fargo Bank robbery, which at the time was the second-largest cash robbery in US history, is finally hitting screens. Zach Galifianakis, Kristen Wiig, Owen Wilson, Jason Sudeikis, Kate McKinnon, and Leslie Jones star. 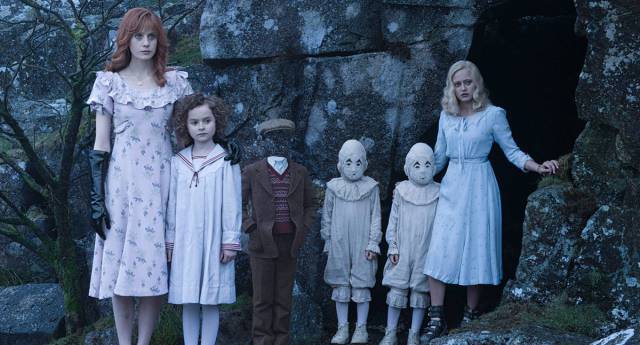 This story seems tailor-made for its director Tim Burton. A boy finds his way to a unique home that's filled with children who have special powers. 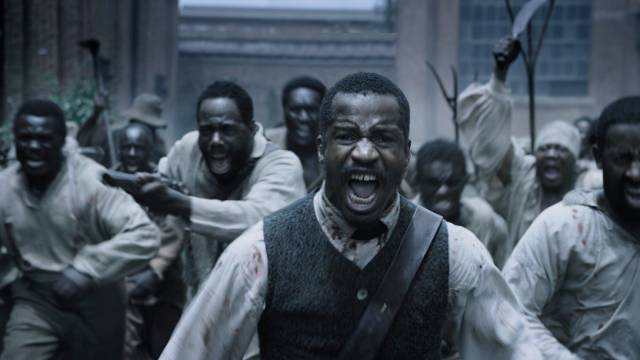 After sweeping the grand jury and audience awards at this year's Sundance Film Festival, Nate Parker's directorial debut, in which he plays slave Nat Turner who orchestrates an uprising against slave owners in Virginia, is receiving a lot of award-season heat. (Though it's also clouded by the controversy of rape allegations against Parker.) 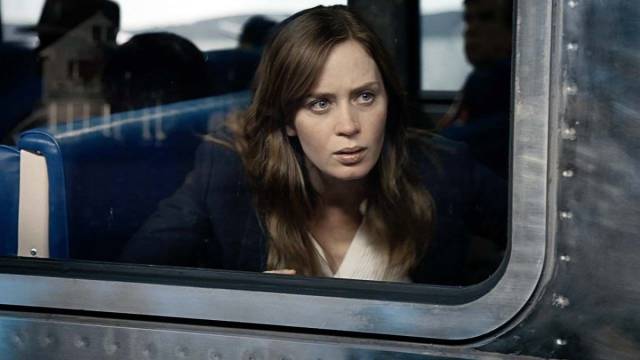 Emily Blunt plays a recently divorced woman who becomes obsessed with a missing-persons case in this adaptation of the best-selling novel of the same name. 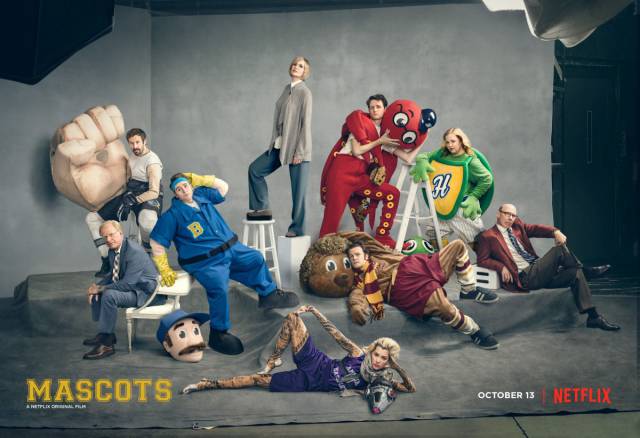 Christopher Guest's improv-heavy/faux-documentary style has hit Netflix. In his latest film he thrusts us into the world of competitive mascots.

Ben Affleck takes a break as Batman to play an accountant with special skills. When the criminal world needs some financial help he cooks the books for them and also doesn't mind being a hitman when need be. 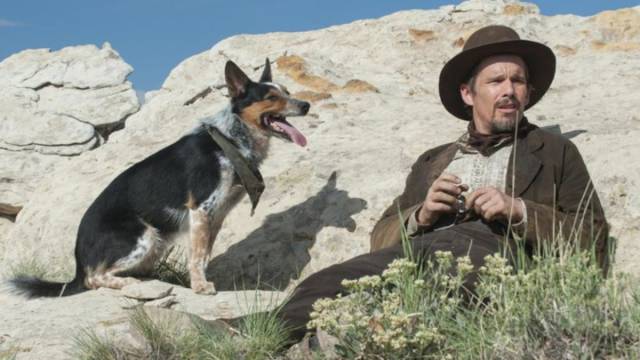 Known for his work in the horror genre, director Ti West moves to the Wild West and creates a fun and bloody story that's part "John Wick" and part "Unforgiven." Ethan Hawke and John Travolta star. 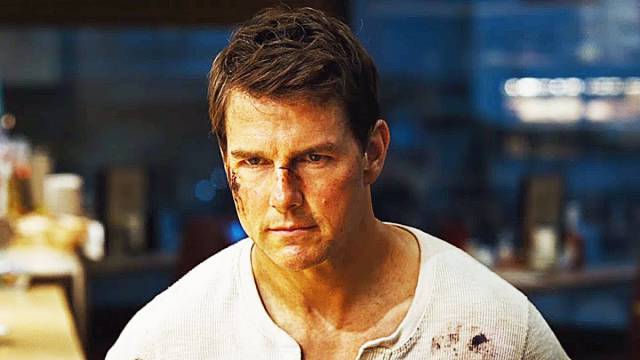 Tom Cruise returns to play the former US Military Police Corps officer who is now a drifter and finds himself in the middle of unsolvable cases that only he can solve. 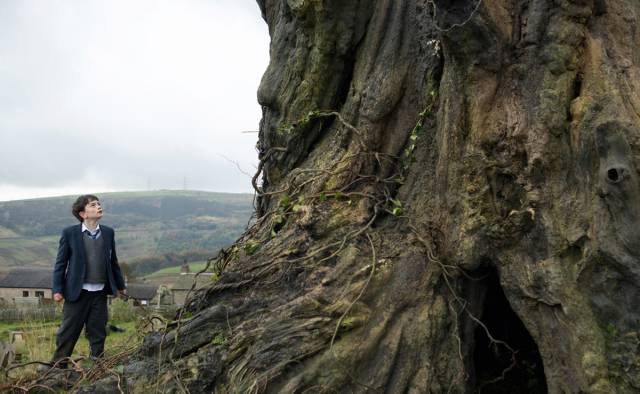 A boy seeks out the help of a tree monster to cope with his single mom's terminal illness in this touching movie that stars Liam Neeson, Sigourney Weaver, and "Rogue One" star Felicity Jones. 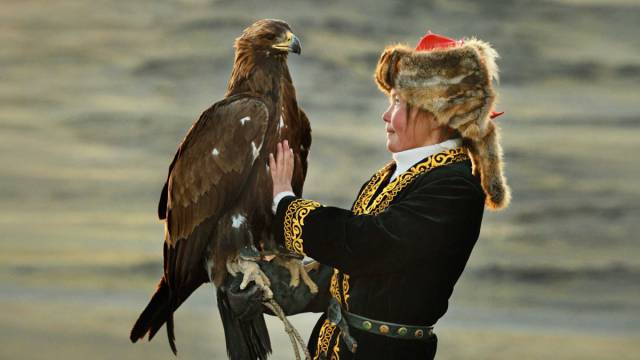 One of the most thrilling movie experiences of the fall may be this documentary set in Mongolia. Narrated by Daisy Ridley of "Star Wars" and featuring an original song by Sia, the movie follows a 13-year-old training to become the first female in 12 generations to be an eagle hunter.

Yes, it's as badass as it sounds. 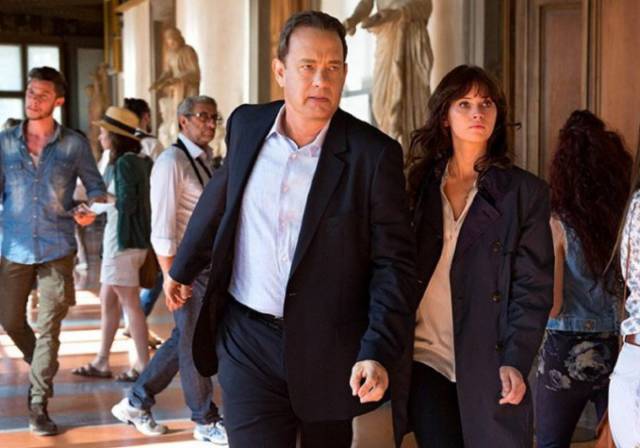 Tom Hanks returns to the Robert Langdon character best known from "The Da Vinci Code" adaptation for his next adventure filled with intrigue and theology. 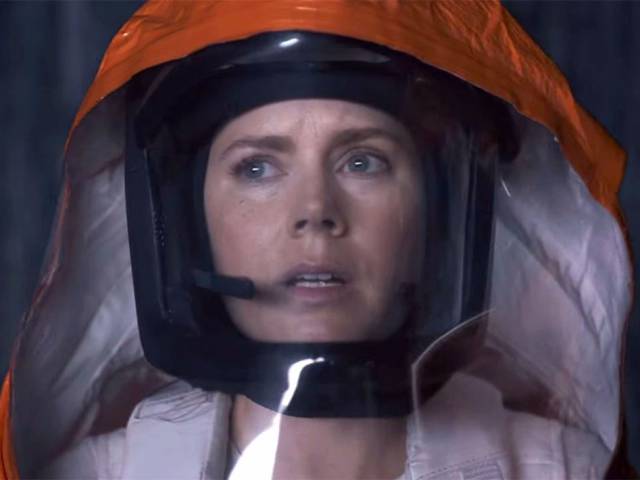 The Amy Adams-starring sci-fi movie, an early Oscar favorite, is much more than just another aliens-make-contact thriller.