Danish Joakim Eskildsen photographer spent about 7 months working on this project. He spent all this time with poor people from different cities in America documenting their everyday life.

Terry Fitzpatrick (pictured) lives with his girlfriend in a tent near a shopping plaza in Athens, Georgia to get his 'peace and quiet' away from other homeless people in the city. He considers himself a 'city camper' instead and hoped to move forward with his life after his mother's death 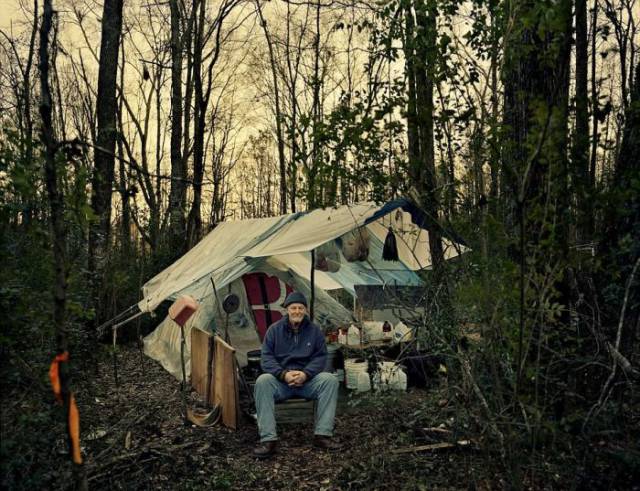 Kate Three Legs left the abusive father of her children to live with her mom, sister and their kids. She was getting a pregnancy check up when the family's trailer burnt down, destroying everything they owned. The Federal Emergency Management Agency sells condemned trailers to Native Americans to solve the housing shortage 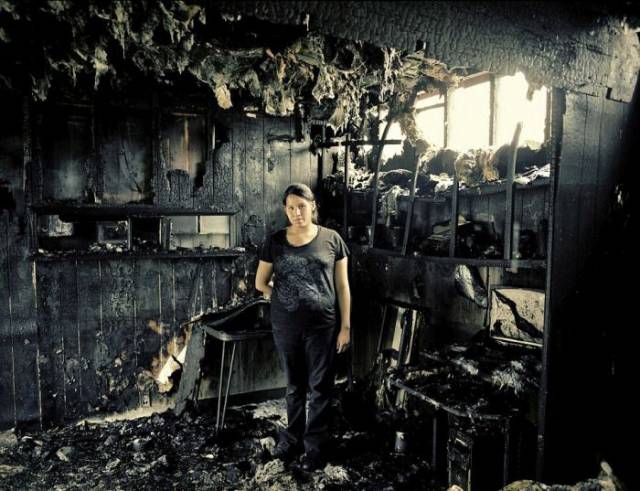 Darlene Rosas, who was trained as a nurse, could no longer work after she was injured and disabled. She lives alone in a trailer in South Dakota without running water and shares her $800 disability check with her two children. She said: 'If you have a job, you lose benefits. If you live on welfare, you become a victim of the system' 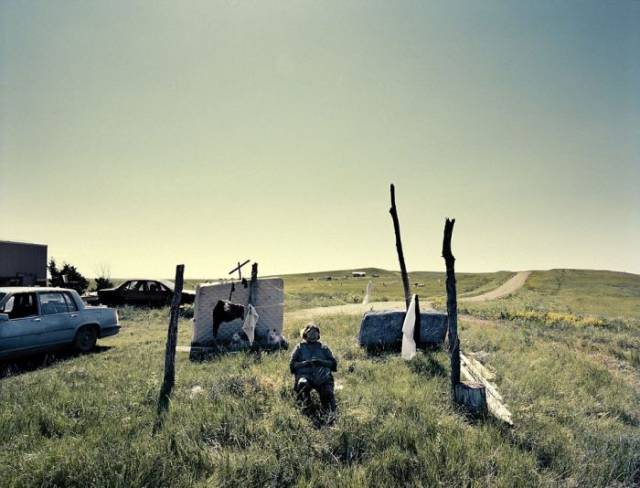 Like many others, Ronald Major (pictured) lost his home to Hurricane Katrina. He now lives under the Claiborne Avenue Bridge in New Orleans, Louisiana, and waits for free food that volunteers hand out on the weekends. Major often uses a wheelchair because he suffers from a heavy limb 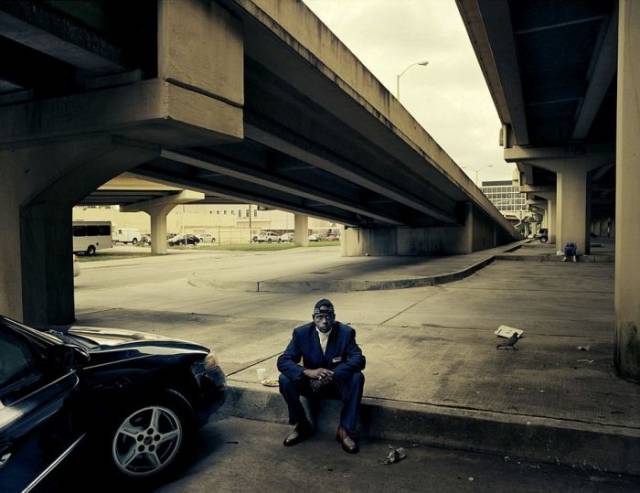 Frank and Jessica Whitehill were evicted from their home in Georgia, which was hit hard by the foreclosure crisis. Along with their three teenage sons, the couple planned to move into another house, but authorities tossed their belongings in the front yard and a sheriff told them their municipality oversaw four to six evictions every day 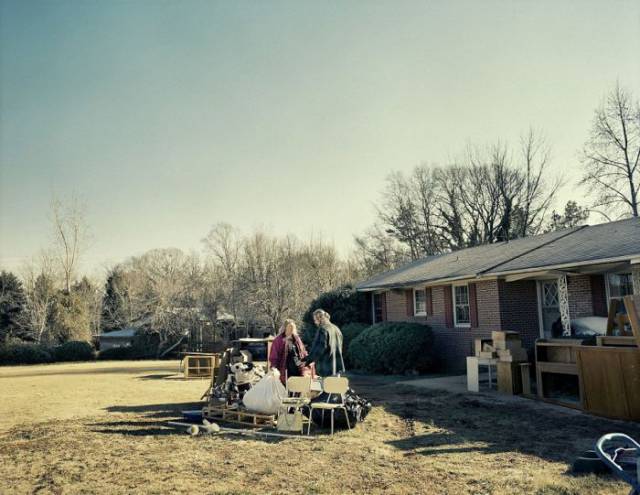 Aleena Arnesen and her cousin Elizabeth live on the Gulf Coast of Louisiana. Aleena's father is a commercial fisherman, but the catch is half of what it used to be since the BP oil spill in 2010. Aleena's mother Kindra, who worked to clean up the spill, said: 'The federal government says it is fine yet my husband is catching fish with black goo on them' 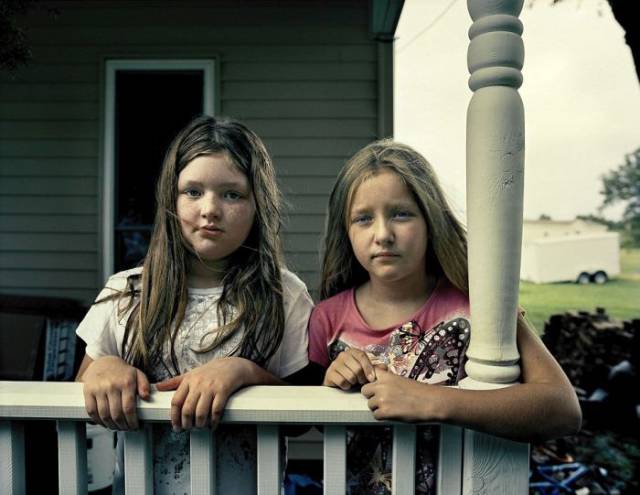 Quintavius Scott's parents are divorced, but they play an active role in his life in addition to working and going to school. His father Quinton is proud of his son's grades, but worries he may be subject to racism. He said: 'My son could be at the wrong place at the wrong time. He could be killed and nobody would care. A lot of good kids get killed and nobody does anything' 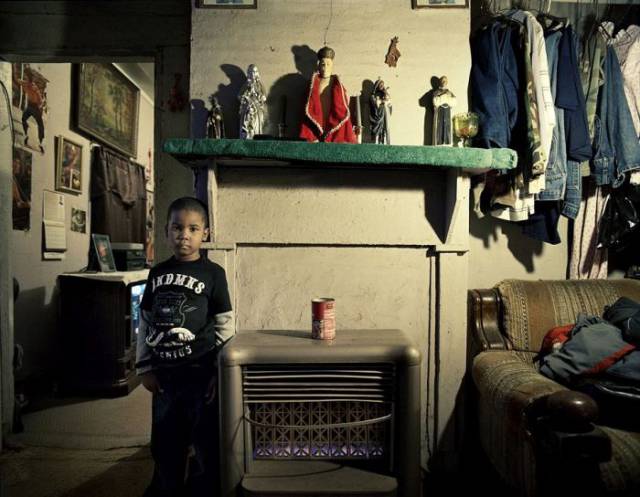 Spirit Grass, a member of the Lakota people, lives on the reservation with her family in South Dakota, where they try to live on $3,500 a year. Her mother is an unemployed military veteran who was trained as a medical technician, while her father works part time in Eagle Butte, forty miles away. Spirit Grass hopes a college basketball scholarship will lead to a better future 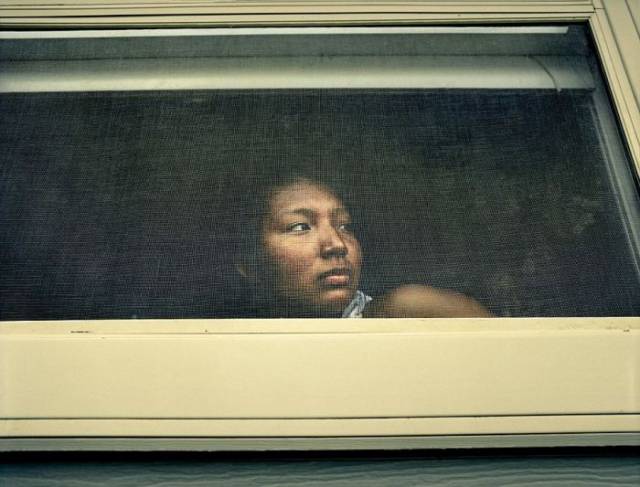 Marla and Darren Sumner (pictured) worked as an architect and an interior designer until they were laid off in 2008. Marla was rejected for a job as a cashier because she was 'over-qualified'. But she maintained a positive outlook, saying: 'In a way, the recession can have positive effects on the environment as people are forced to do more with less' 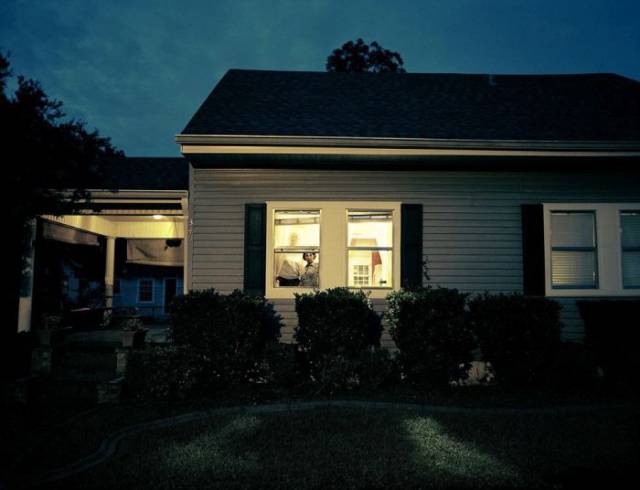 Javier Hernandez and Albino Lopez are migrant workers who had been sent home for the second day in a row without pay. They emigrated from Mexico in the 1970s and worked eight hours a day picking fruits and vegetables starting at 5am. In the winter, they travel to Alaska to work in the fisheries 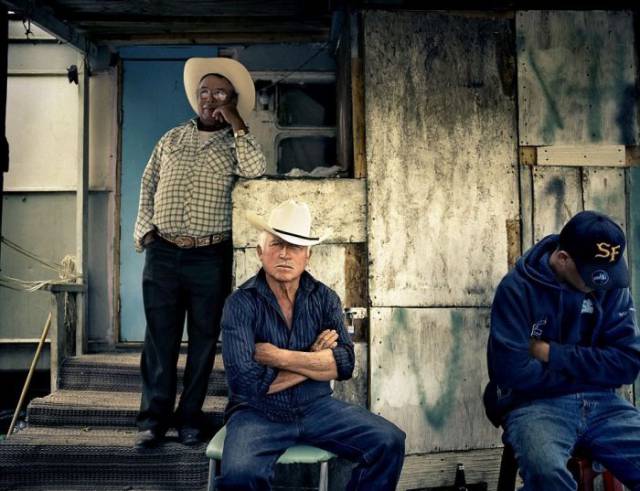 Felicia Ogbodo (left) lost her job as a social worker and said: 'It’s shocking and embarrassing, because I never thought that with a master’s degree, I would be unemployed.' Her daughter Ermaline (right) was accepted to college on a scholarship 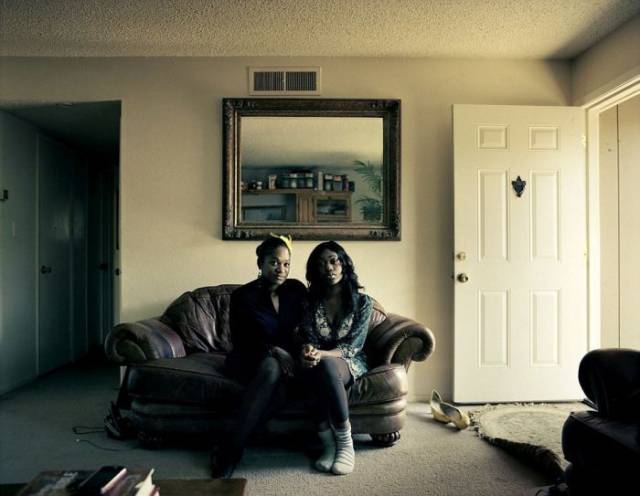 Eric walked two miles from his home in Firebaugh, California, with his grandmother to get free food from a community center. The toddler lives in a trailer park for migrant farm workers and his family of five earned $350 a week, which comes out to $18,200 a year 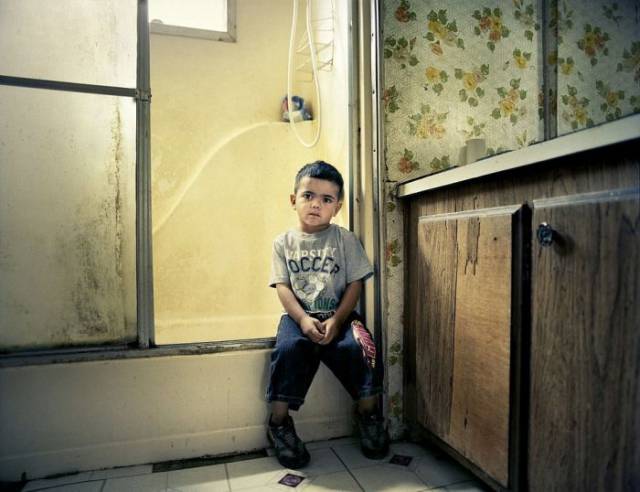 Madai Nunez (left) looks after children like Amy (right) in a migrant worker motel in Fresno, California, while their parents are working in the fields 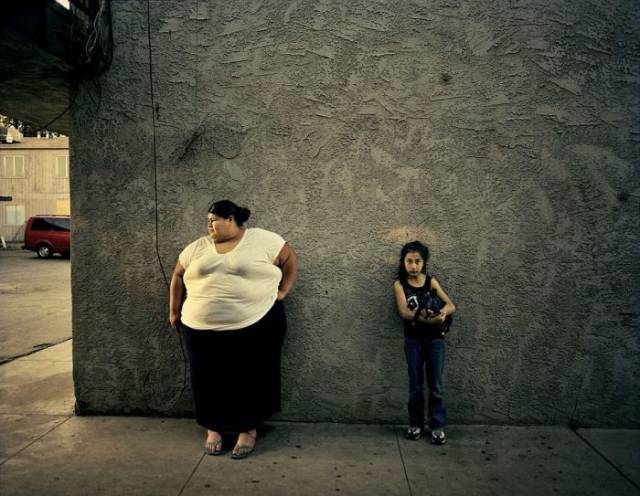 James and Diane Kinley live in a trailer home in Athens, Georgia. James had to quit his job after heart problems forced him to get a pacemaker, but his insurance company refused his claim for disability. He is now on government health insurance and the couple have taught their children to be self-sustaining through about gardening and beekeeping. But they fear medical bills could lead them to homelessness if Diane's health fails 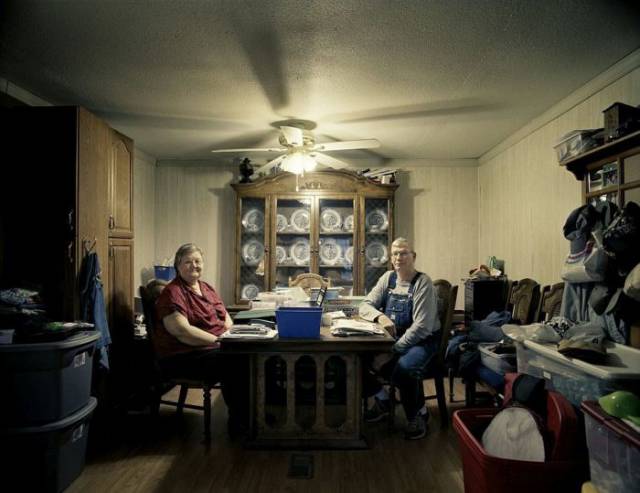 Yolanda Rodriguez lives in a tent in Fresno, California, where homelessness and crime are rampant. She had one of her toes removed as a result from diabetes, but receives a free meal and shower from social organizations trying to help 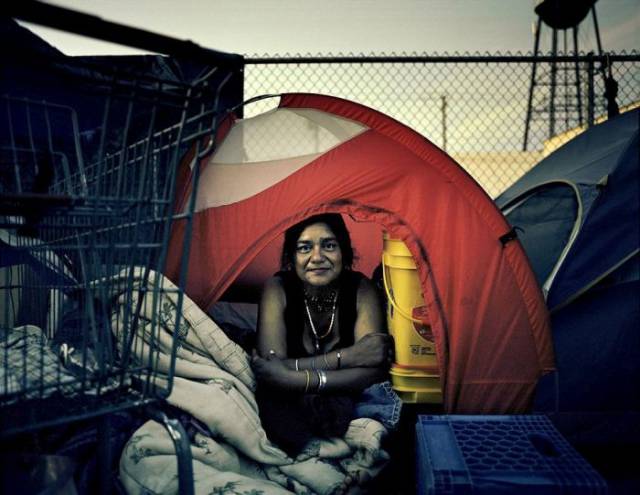