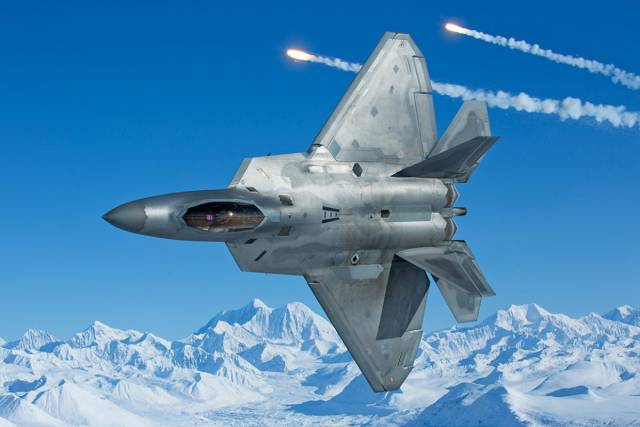 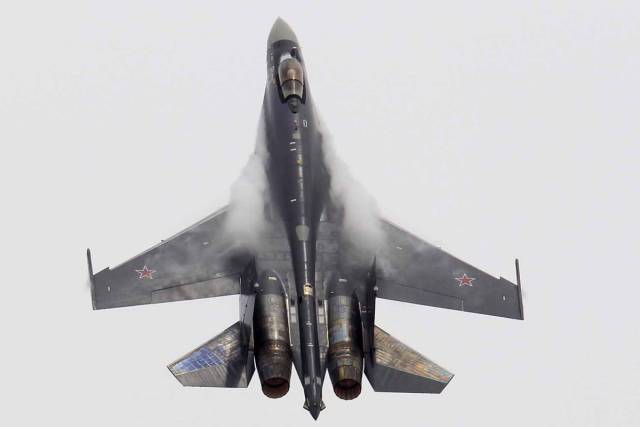 Russia based the Su-35 on the rock-solid Su-27 platform, so its status as a "supermaneuverable" fighter is a matter of fact.

Russian pilots familiar with previous generations of the Sukhoi jet family's thrust-vectoring capabilities have carried out spectacular feats of acrobatic flight, like the "Pugachev's Cobra."

On the other hand, the F-22 has a great thrust-to-weight ratio and dynamic nozzles on the turbofan engines. These mobile nozzles provide the F-22 with thrust-vectoring of its own, but they had to maintain a low profile when designing them to retain the F-22's stealth edge.

Possibly, the Su-35 could out-maneuver the F-22 in a classic dogfight. 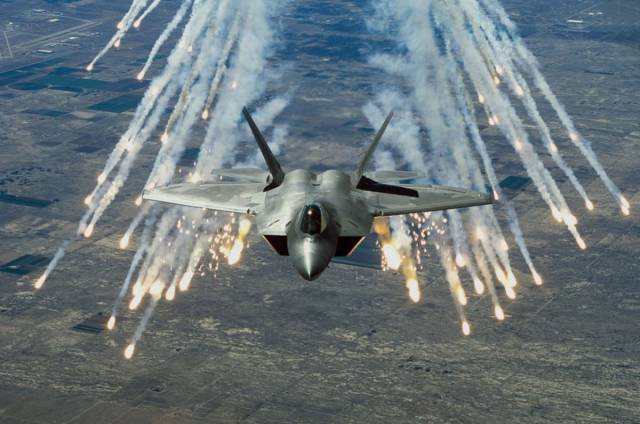 Both Russia and the US classify information on their most up-to-date electronic-warfare capabilities, but it should be assumed that they are both state of the art and nearly equal in efficacy.

However, the stealth of the F-22 would allow it to start jamming the Russian jet long before the Su-35 has any idea what's coming. 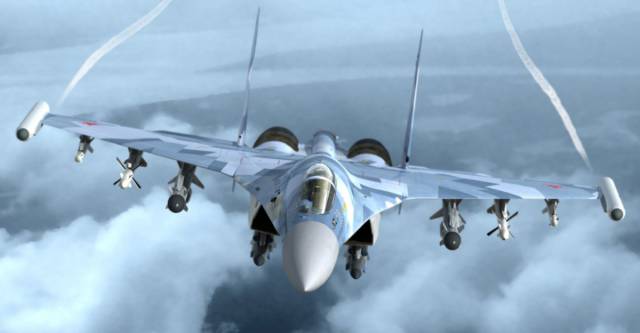 Both planes are equipped with state-of-the-art missiles capable of shooting each other out of the sky. The Su-35's need to carry ordinance outside the fuselage is a slight disadvantage, but in general, the first plane to score a clean hit will win.

The Su-35 can carry 12 missiles, while the F-22 carries just eight, but as Justin Bronk from the Royal United Services Institute notes in an interview with Hushkit.net, the Su-35 usually fires salvos of six missiles with mixed seekers, meaning the 12 missiles only really provide two credible shots.

The F-22 could engage the Su-35 from farther away as it is harder to detect due to its stealth advantage, so it could potentially make more economical use of its missiles. 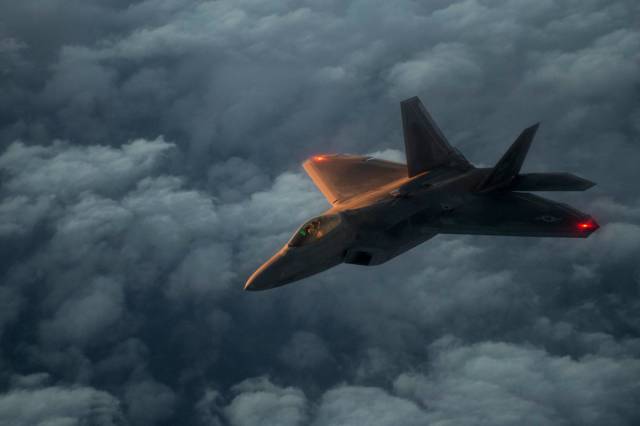 This is where things get interesting: In the arena of stealth, the F-22 is head and shoulders above any other operational jet in the world right now.

Whilst the Su-35 does have the hypothetical capability to detect the F-22 at close ranges using its IRST (Infa-Red Search and Tracking) and potentially the Irbis-E radar, both sensors would have to be cued to focus on exactly the right part of sky to have a chance of generating a target track. By contrast, the F-22 will know exactly where the Su-35 is at extremely long range and can position for complete control of the engagement from the outset with superior kinematics. 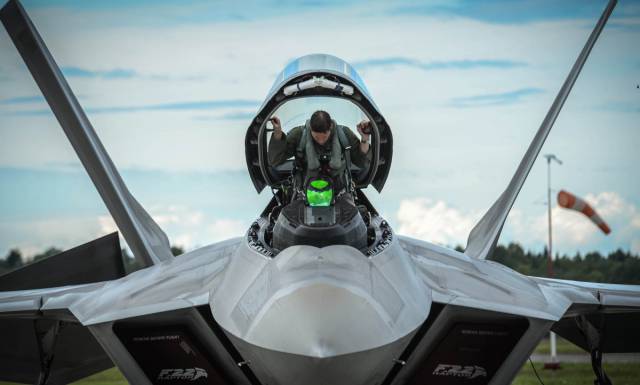 So the F-22 and the Su-35 prove to be two planes of significantly different eras. The Su-35 carries more missiles, can fly farther, and is significantly cheaper. The Su-35 is a reworking of earlier Sukhoi models that have proven efficacy in traditional dogfighting, while the F-22 is the first-ever truly fifth-generation fighter jet.

Battles that occur when the two planes are within visual range of each other seem to slightly favor the Russian jet, on paper, but the training and support US pilots recieve is second to none. So a one-on-one dogfight between an F-22 and a Su-35 would essentially be a toss up that comes down to the particular skill of the individual pilot.

But the F-22 wants no part in traditional dogfighting, and, importantly, air-to-air encounters begin beyond visual range.

A single Su-35 simply stands little chance against an F-22 because the US jets employ far superior stealth technology. While an Su-35 could potentially find an F-22 at distance using thermal imaging, the limitations of those systems mean it would be like "looking through a drinking straw" at the wide open skies for the stealthy US plane.

F-22 pilots need not worry about out-turning or out-foxing the agile Su-35, as they could find and target the aircraft from much farther away and end the dogfight before it starts.

Historically, US-made planes have battered Russian-made ones, and the newest generation of US warplanes reimagines aerial combat in such a way that future pilots won't even have to get their hands dirty to deter or defeat the enemy.