Ellis Island was the gateway for over 12 million immigrants to the United States as the nation's busiest immigrant inspection station from 1892 until 1954. The island was made part of the Statue of Liberty National Monument in 1965, and has hosted a museum of immigration since 1990. Let’s see few color portraits of immigrants who’d been there. 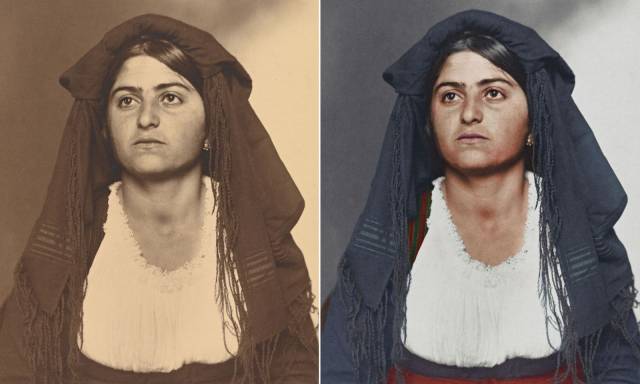 An Italian woman circa 1910 wearing a traditional homespun dress and shawl. 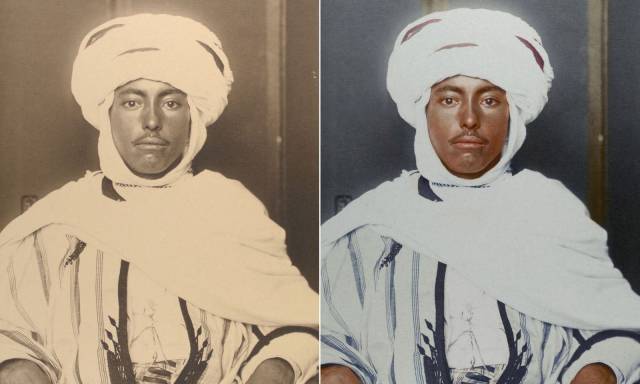 An Algerian man circa 1910 wearing a kaftan tunic and a kufiya, which is a square of fabric folded into a triangle and held upon the head by a circlet of camel hair. 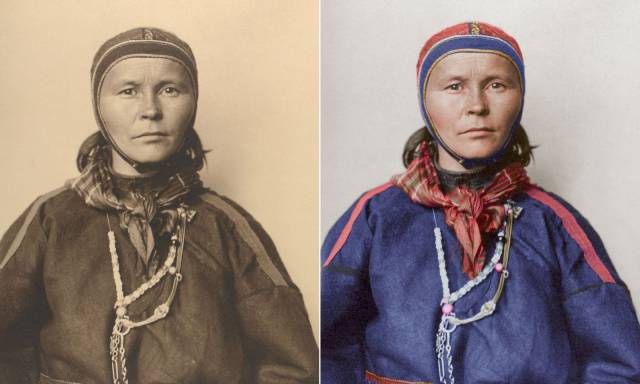 A Laplander circa 1910 wearing the traditional costume of the Sami people inhabiting the arctic regions spanning from northern Norway to the Kola peninsula in Russia. 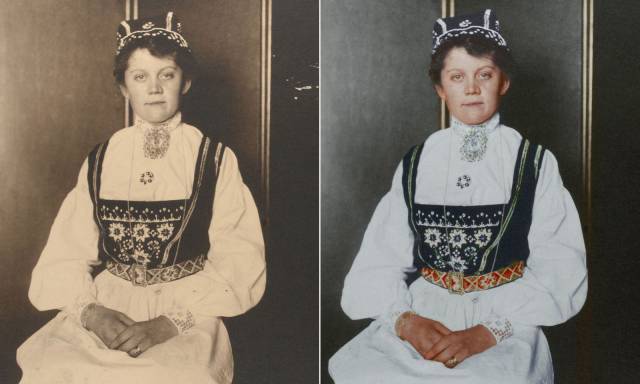 A Norwegian woman wearing traditional dress with a hair covering to indicate her marital status. 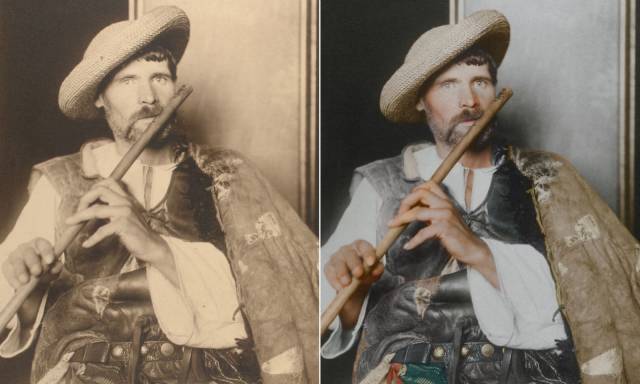 A Romanian piper circa 1910 wearing an embroidered sleeved sheepskin coat. 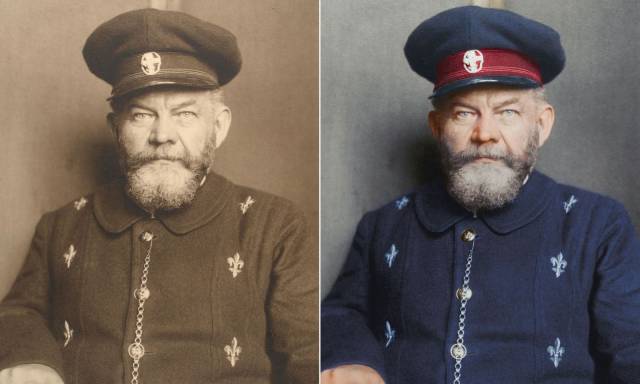 A Danish man circa 1909 wearing a wool jacket with silver buttons indicating his wealth and origin. 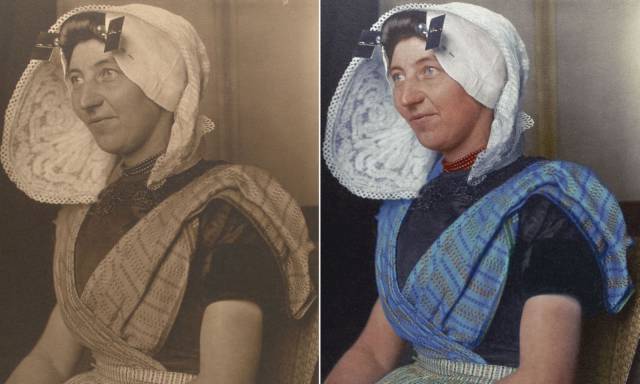 A Dutch woman circa 1910 wearing a large bonnet, one of the most recognizable aspects of Dutch traditional dress. It was usually made of white cotton or lace and sometimes had flaps or wings, and often came with a cap. 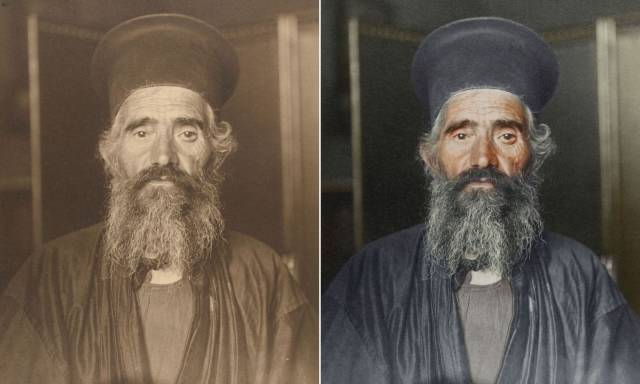 The Rev Joseph Vasilon, a Greek Orthodox priest circa 1910, wearing an ankle-length cassock and a stiff cylindrical hat called a kalimavkion, worn during services. 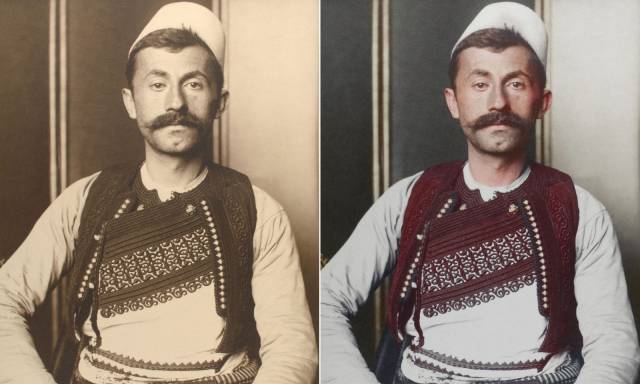 Albanian soldier circa 1910 in a brimless felt cap is known as a qeleshe, whose shape was largely determined by region and molded to one’s head. His vest is decorated with embroidered braids of silk or cotton; its color and decoration denote the region where the wearer is from and his social rank. 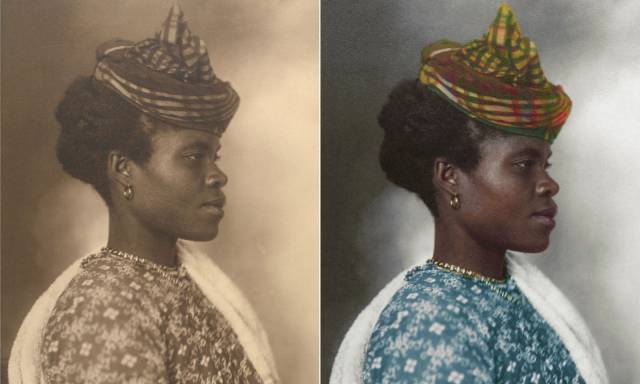 A Guadeloupean woman circa 1911 wearing traditional costume, including an elaborate tartan headpiece that can be traced to the Middle Ages. 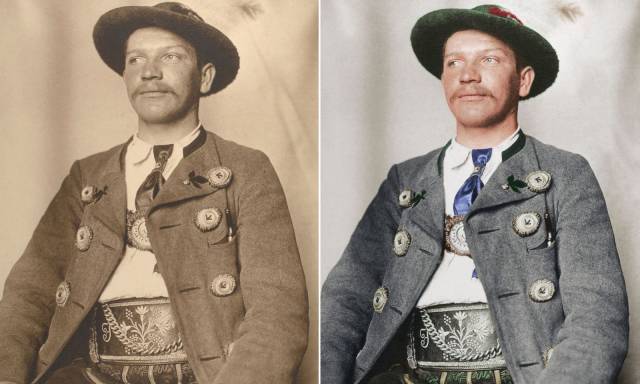 A Bavarian man circa 1910 dressed in the leather breeches of the alpine regions of Germany, known as Lederhosen, and a wool jacket with horn buttons. 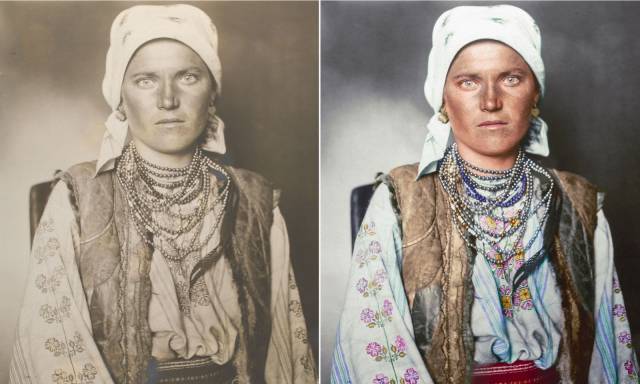 A Ruthenian woman circa 1906 from the region historically inhabiting the kingdom of the Rus, incorporating parts of modern-day Slavic speaking countries. Her outfit consists of a shirt and underskirt made from linen embroidered with traditional floral-based patterns. 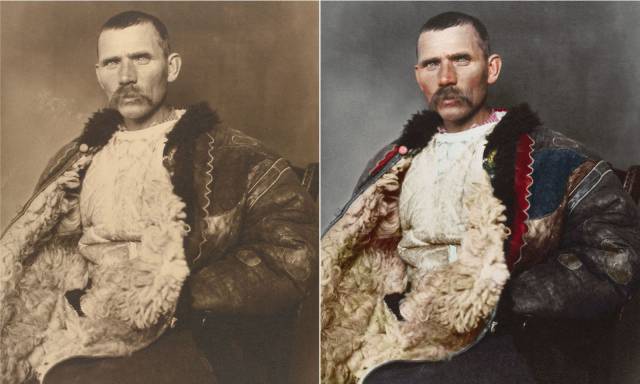 A Romanian shepherd circa 1906 wearing a traditional shepherd’s cloak known as sarică, made from three or four sheepskins sewn together with the fleece facing outward. The garment was generally extended to below the knee and could be used as a pillow when sleeping outdoors. 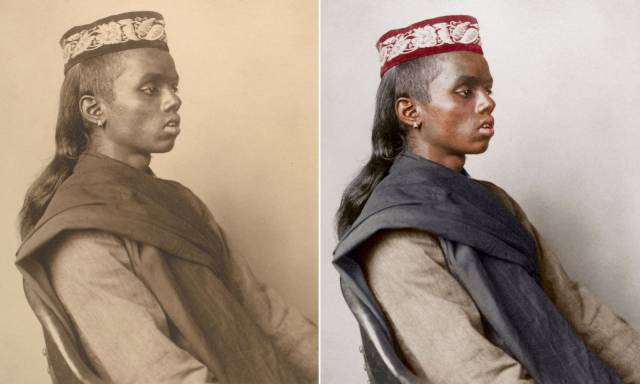 A Hindu boy circa 1911 wearing a cap – known as a topi and popular among Muslim communities – and a handspun prayer shawl. 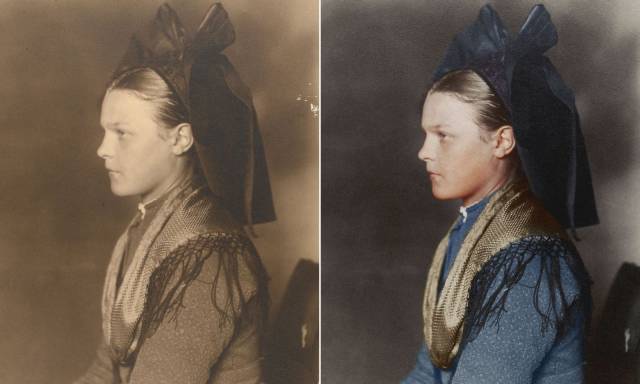 An Alsace-Lorraine girl circa 1906 hailing from the Germanic speaking region of Alsace, which is in modern day France. The large bow, known as a schlupfkàpp, was worn by single women. The bows signified the bearer’s religion: black for Protestants, while Catholics favored brightly colored bows. 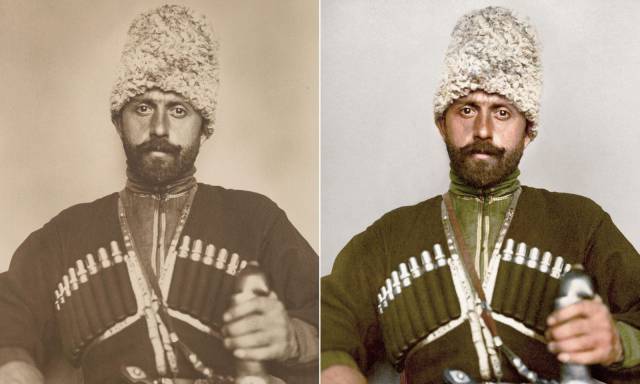 A Cossack man – most likely from the Ussuri Cossack host – characterized by his papakha, the lamb wool hat and the green cherkesska coat accented in yellow. The coat features a number of pouches to house gazyri, traditionally metal powder tubes for early firearms. 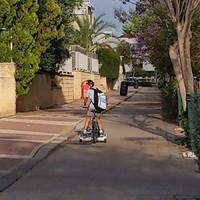 Joe 10 month s ago
Notice they came in legally.
Reply