The Highest-Paid Celebrities Under 30 In The World (30 pics)

Kyrie Irving has averaged nearly 21 points per game since he entered the NBA as the No. 1 overall pick out of Duke University in 2011. Sales of Irving's Nike signature shoes have been on fire since the first one was introduced in December 2014. Irving makes an estimated $5 million from Nike, plus royalties on sales of his kicks. 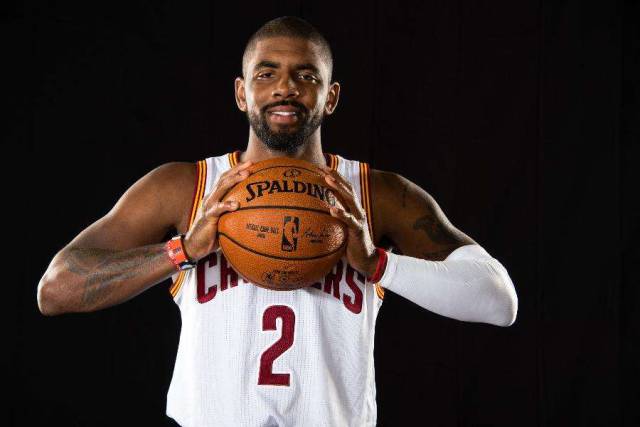 Olivier Vernon cashed in during the NFL offseason as a free agent with a five-year, $85 million contract from the New York Giants. The deal includes $52.5 million in guaranteed money, which is tied for the second most ever for a defensive player. The $27 million in signing and roster bonuses will be paid by the end of 2016 (Forbes considers it "earned" during our June-to-June time period). 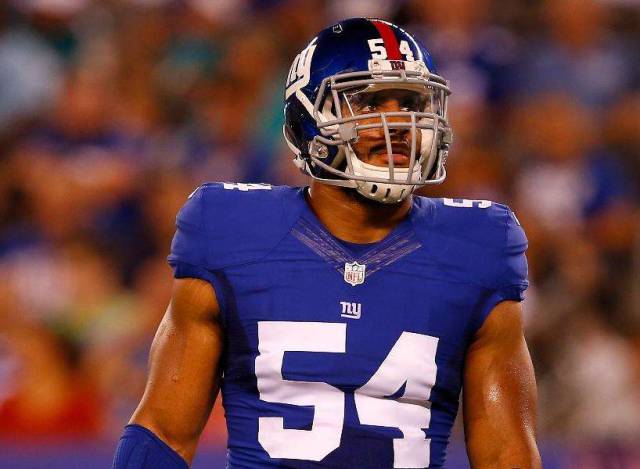 In 2015 the pitcher's salary skyrocketed to $30 million from$4 million thanks to his $215 million contract extension. The three-time Cy Young Award winner also raked in nearly one million in endorsement deals with Under Armour, Wilson, FantasyDraft.com and other brand partners. 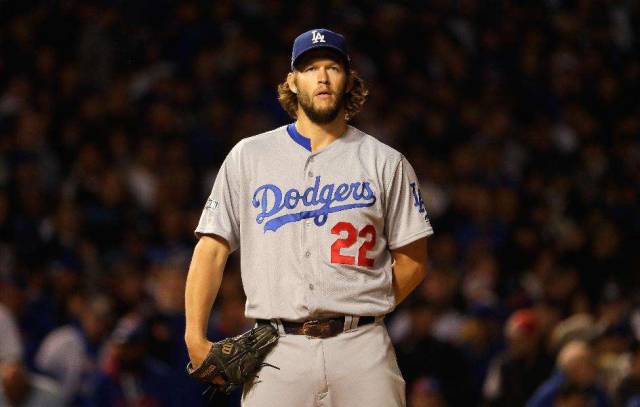 Bolt turned 30 this past August, two months after the end of our scoring period. The Lightning Bolt leaves other track stars in the dust in more ways than one: he’s the only track athlete to make the Celebrity 100, and gives other sports stars a run for their money. The six-time Olympic gold medalist earns the majority of his millions from numerous endorsement deals, including one with Puma that exceeds $10 million a year. Depending on his performance at the 2016 Rio Olympics, Bolt’s earning power could help him sprint to an even higher spot on next year’s list. 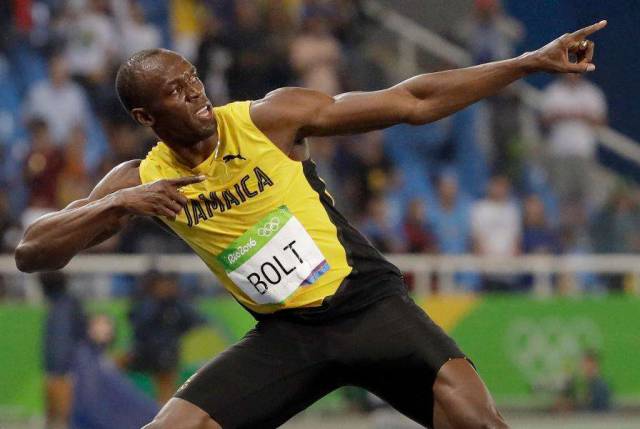 The Houston Rockets player has two years left on his five-year, $79 million contract he inked in 2012 and recently signed a four-year extension worth $118 million. When he’s off the court, the 26-year-old shooting guard mints millions from endorsement deals with Beats, FootLocker, NBA 2K and other global brands. 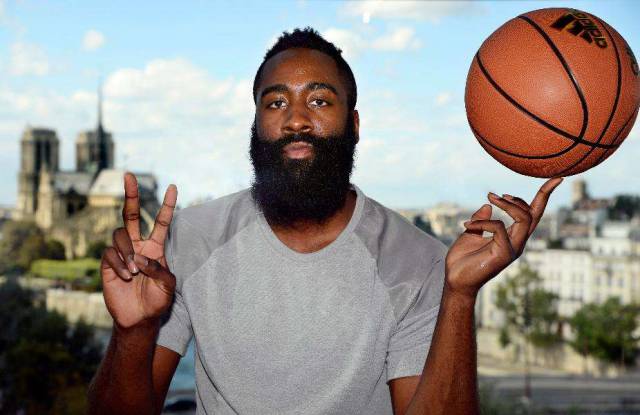 The Brit bagged two Grammy wins for his single "Thinking Out Loud" from his studio album x, which has shifted 2.6 million copies since its 2014 release. The singer-songwriter also rakes in millions from co-writing hits such as Justin Bieber's "Love Yourself" and recently started his own aptly named label, Gingerbread Man. 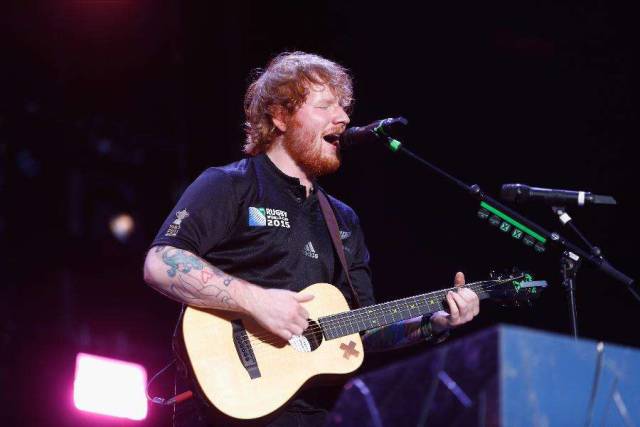 Nishikori is the No. 6 tennis player in the world. He is the only Japanese pro to ever break the ATP Top 10 and the first Asian athlete to make a men’s Grand Slam final. Nishikori earned $33.5 million almost entirely in endorsement deals; his 15 sponsors include Wilson, Adidas and Jaguar. His contract renewal with Japanese apparel brand Uniqlo is worth tens of millions annually. 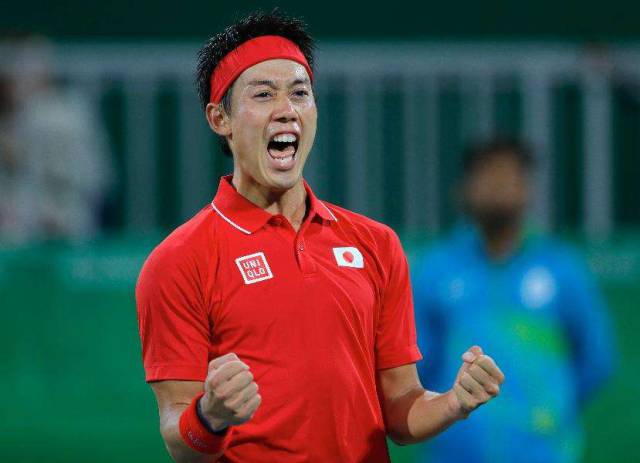 In September 2015, A.J. Green signed a four-year deal with the Cincinnati Bengals that is worth $60 million. The contract extension includes a $15 million signing bonus and $6 million roster bonus. His $11.75 million base salary is just icing on the cake. 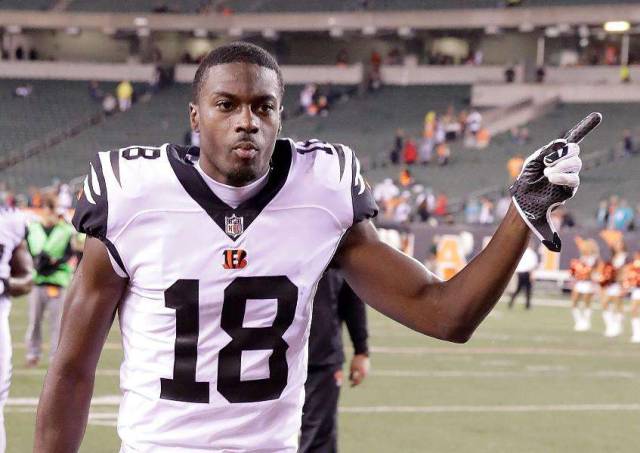 After seven seasons playing for Chicago, the Bulls traded Rose to the Knicks in July. Injuries have derailed the career of the former MVP and No. 1 overall draft pick. He has one season left on the five-year, $95 million deal he signed with the Bulls at the end of 2011. Rose is one of the NBA's top earners off the court thanks a 13-year Adidas deal worth up to $185 million. 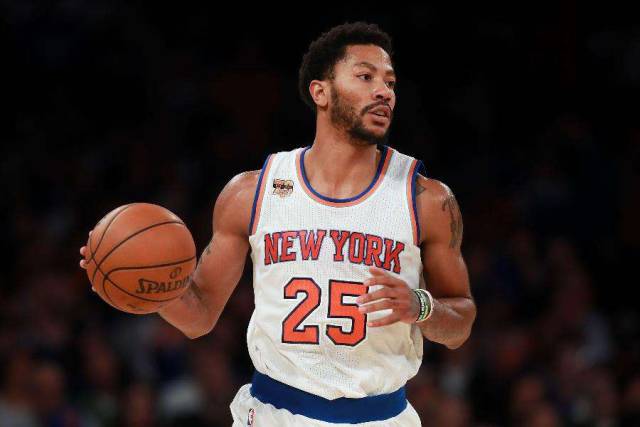 In September 2015, the 26-year-old inked a six-year, $96.6 million contract extension with the Buffalo Bills. Dareus’ deal included a $25 million signing bonus and $60 million in guaranteed money, the most ever for anon-quarterback. The defensive tackle only garners approximately $100,000 in endorsements, the lowest of any NFL player on the Celebrity 100. 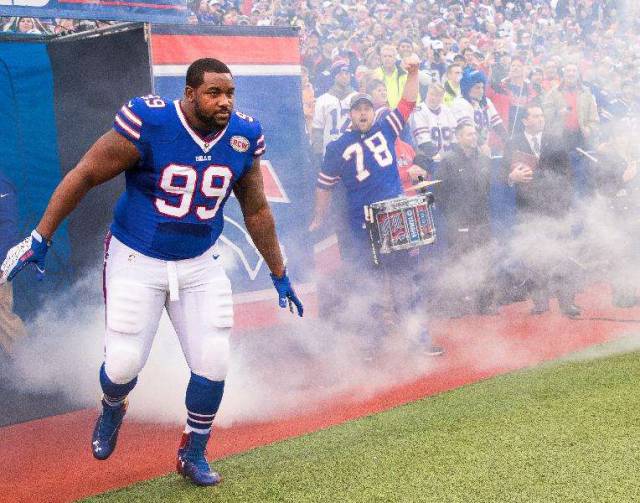 Injuries limited the Welsh international to just 21 La Liga starts in the 2015/16 season, but he managed to score 19 times, much to the delight of Real Madrid, which paid a whopping $118 million to acquire him in 2013. Bale is also a standout fixture for sponsor Adidas, having inked a six-year contract in 2014 worth an estimated $35 million. 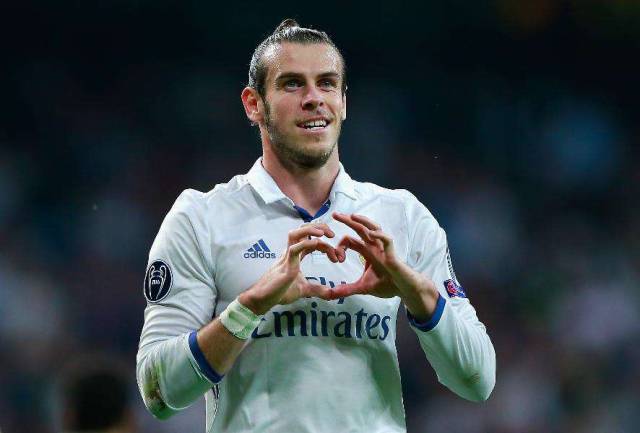 Neymar has a dozen endorsement deals with brands like Nike, Red Bull, Panasonic, Konami and Gillette. He is currently the only active soccer player earning more off the field than on. Neymar's playing contract is worth $75 million over five years. 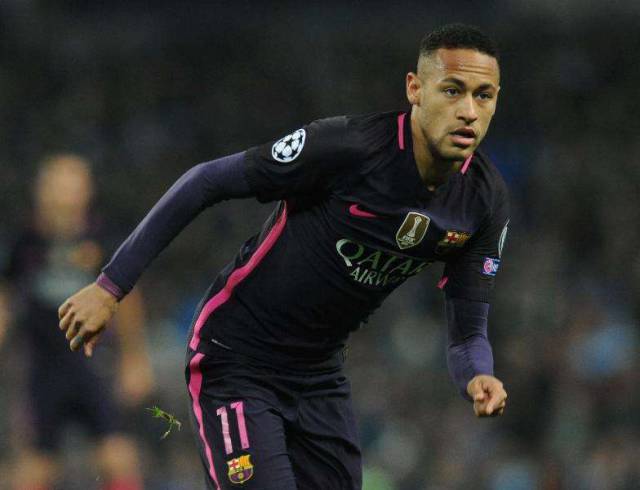 Nadal just barely made the cut, turning 30 on June 3, two days after the end of our scoring period.Last year was the first Nadal did not win a Grand Slam event since 2004, putting an end to his 10-year streak, the longest in men's tennis history. He's still a fan favorite and banked millions for his appearance at the IPTL matches in December. Endorsement partners include Nike, Babolat, KiaMotors, Tommy Hilfiger and more. 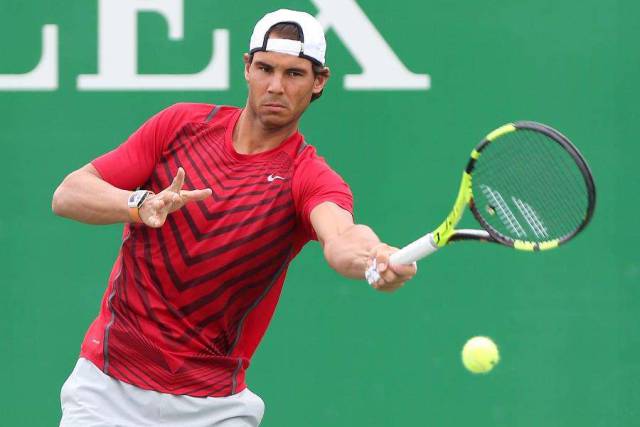 Drake turned 30 in late October -- after our scoring period -- so he still makes the ranks of our top-earning celebs under 30.The Canadian rapper had the best music sales of anyone not named Adele, thanks to new album Views. He juiced his total with live shows and checks from brands including Sprite, Nike and Apple. 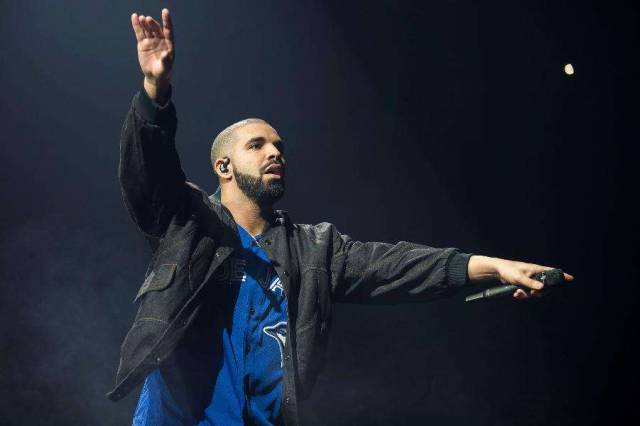 Vettel inked a three-year deal to drive for Ferrari in the fall of 2014. The contract is one of the richest in the F1 and will pay out more than $40 million annually, including bonuses if Vettel performs. Vettel tied Michael Schumacher's record for most wins in a season with 13 in 2013. 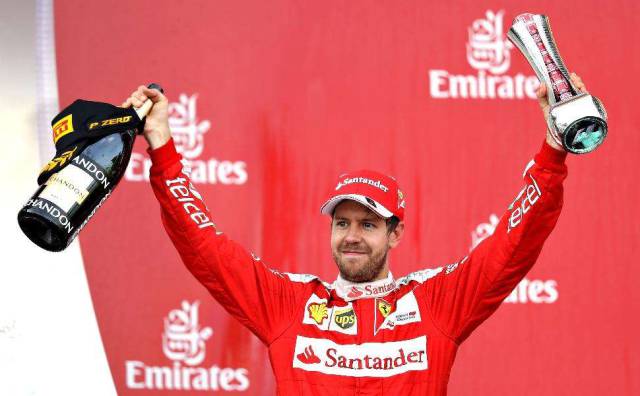 The quarterback earned $2 million in salary during his first three seasons, but the Seattle Seahawks rewarded him in the summer of 2015 with a four-year contract extension worth $87.6 million including a $31 million signing bonus. Wilson has become one of the NFL's most marketable players,scoring deals with Microsoft, Nike, Bose and Braun. He launched his own clothing line, Good Man Brand, at Nordstrom in 2016. 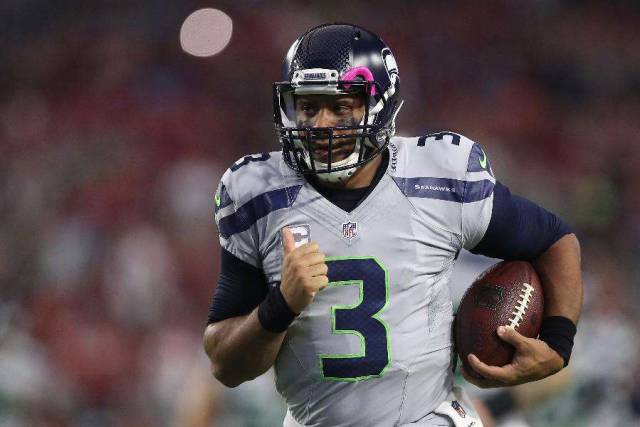 The golfer's on-course earnings fell by nearly $9 million, but McIlroy continues to be a bankable marketing star. Nike, his biggest endorsement deal, pays nearly $20 million annually. He also settled a messy lawsuit last year with former agents who accused him of owing millions of dollars in commissions. 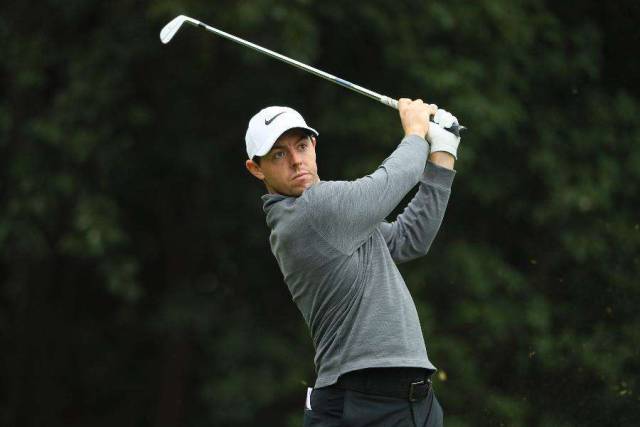 The Seoul-based boy band clocked the biggest year ever for a K-Pop act--and became the first Korean act to land on our Celebrity 100 list, thanks to arena shows in Asia and beyond. One Direction and the Backstreet Boys are the only boy bands who've earned more in a single year. 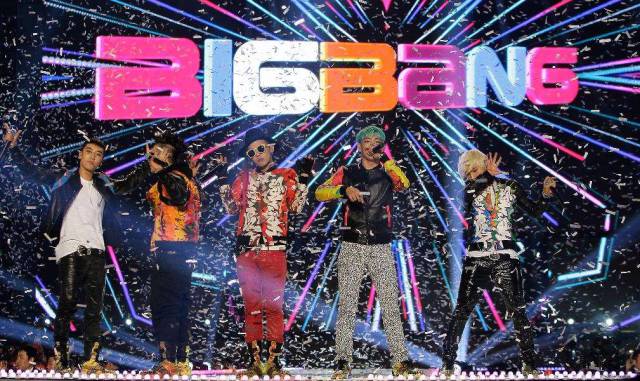 For a second consecutive year, Lawrence is Hollywood's highest-paid woman. She took a cut of profits from the big box office gross of her final Hunger Games installment ($653.4 million) and plumped her checkbook with soaring upfront fees. 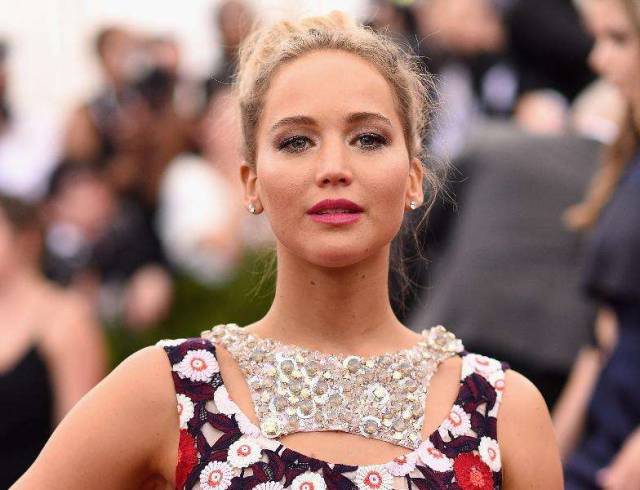 Golf’s golden boy banked $53 million this past year. Spieth won two major titles and became the youngest U.S. Open champion since 1923. The rising sports star raked in $32 million in lucrative endorsement deals with brands like Under Armour, Coca-Cola and Titleist, and also mints millions in appearance fees at events all over the world. 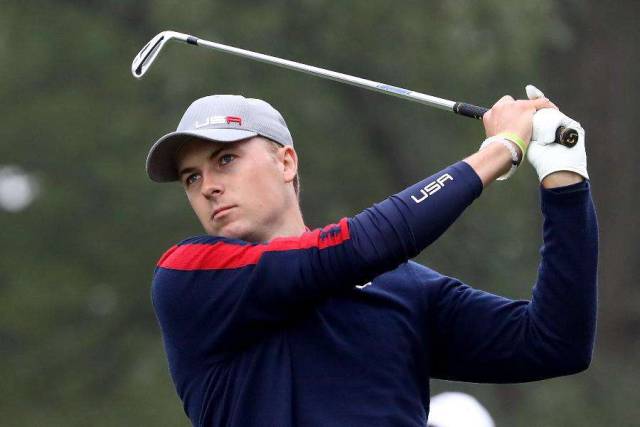 The reigning NFL MVP’s new contract with the Carolina Panthers will pay out $103.8 million over five years. Newton’s apparel and accessories line with Belk includes more than 300 items. The 27-year-old quarterback is also Under Armour’s highest-paid NFL endorser, topping Tom Brady and other star athletes. When he’s off the field, Newton produces and hosts the new Nickelodeon show I Wanna Be. 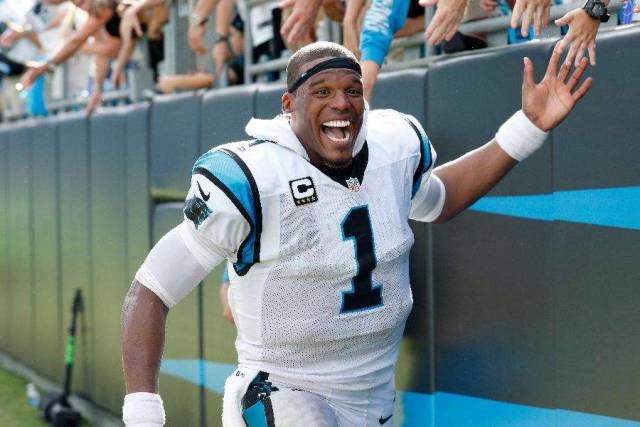 Our top-earning newcomer to the Celebrity 100 earned $55 million over the past year thanks to a chart-topping album and sold-out world tour. His latest title Beauty Behind the Madnesswas the No. 5 best-selling album of 2015 in the U.S., shifting over two million units. Born in Toronto to Ethiopian immigrants, the Canadian musician scored two No. 1 singles and took home two Grammys and eight Billboard Awards. 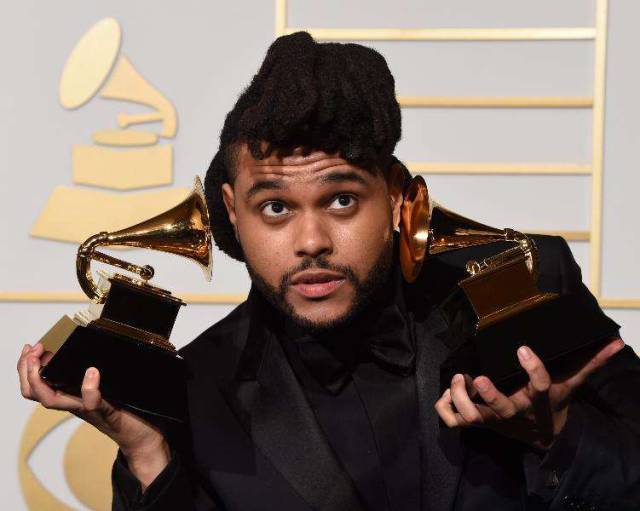 Durant's 27.4 career points per game average is the best among active players and third all-time.The four-time scoring champ launched his own underwear line last year in partnership with Neff and Foot Locker. Durant's money deal though is with Nike,which signed Durant to an extension in 2014 worth as much as $300 million over 10 years. 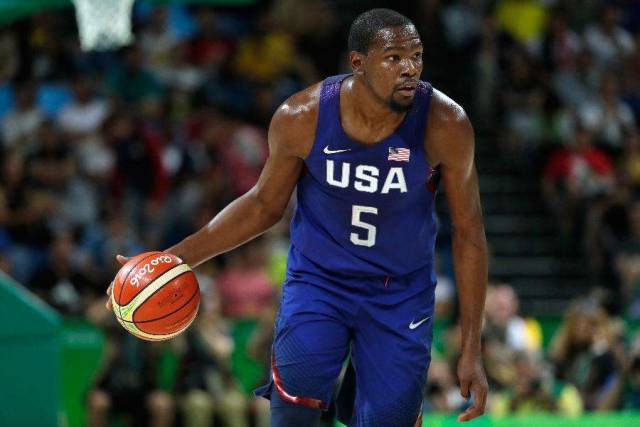 The world's top tennis player has been on a remarkable run where he banked $82 million and 11 Grand Slam titles over the past 5 1/2 years (his Slam count sits at 12, including his 2008 Australian Open win). In 2015, Djokovic was the first player to ever earn $20 million in prize money in a season. Djokovic's endorsement partners include Uniqlo, Adidas, Head, ANZ, Peugot and Seiko. 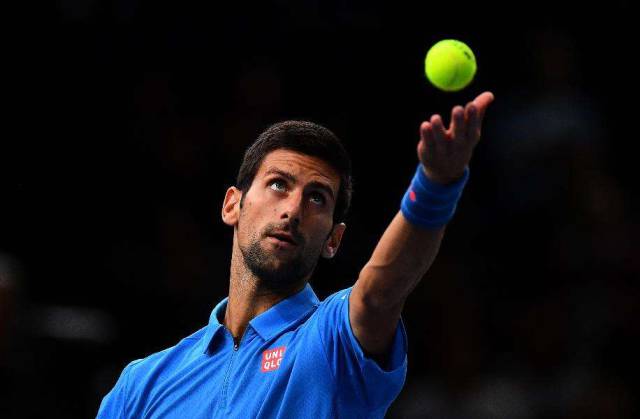 The youngest celeb on our list--narrowly beating Harry Styles by one month--cashes in on arena shows, merch sales and endorsements with the likes of Calvin Klein. 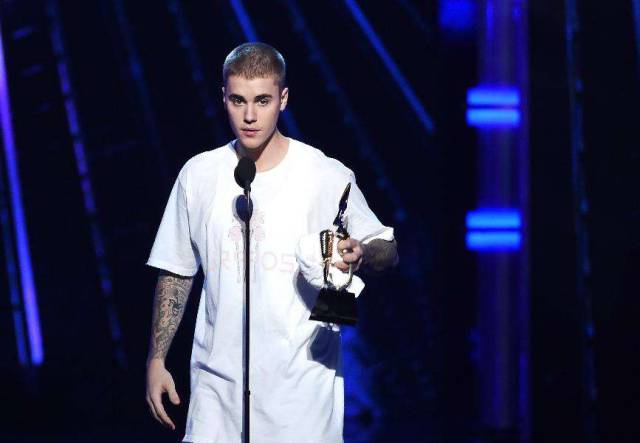 Though the Barbados native’s latest album, Anti, has sold less than any No. 1 album in history, she’s still topping the charts. The 28-year old recently scored her 21st top-five single, tying Elvis Presley’s chart record. When RiRi is not churning out radio hits and on the road for her world tour, she pads her paycheck through endorsement deals with Dior, Puma, Samsung and Stance. 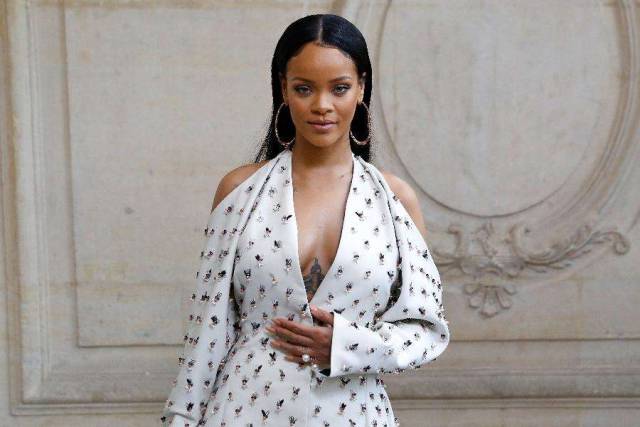 With a new album that sold a record 3.38 million copies in its November 2015 opening week, she's the only musician on our Celebrity 100 list who made more than half her money from music. Adele is also grossing millions per night for her arena shows, resulting in the highest earnings of her career.
27 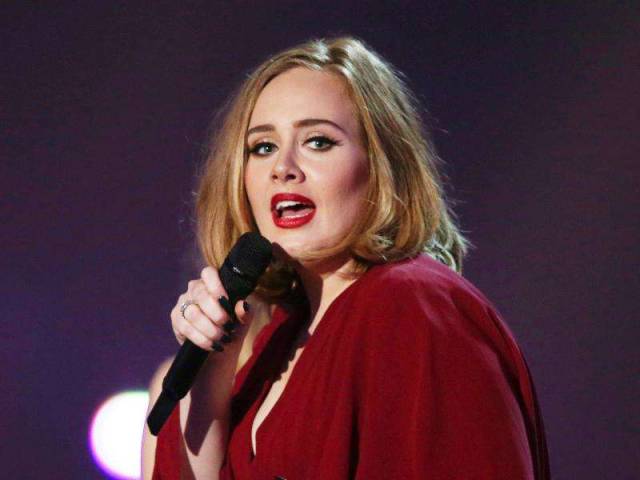 The world’s second highest-paid athlete makes millions off the pitch with endorsements from Adidas, Gatorade and more.A Spanish court found Messi guilty of tax fraud in July 2015. The Argentine was sentenced to 21 months in prison, but he has since appealed the conviction and the case is still pending. 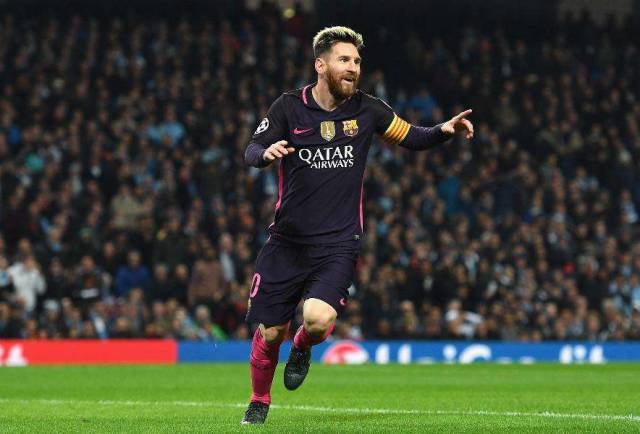 The top-earning boy band of all time may be on hiatus, but the tail end of last year's $200 million-plus On The Road Again tour kept their earnings higher than any active band--despite the departure of Zayn Malik from the group in March 2015. 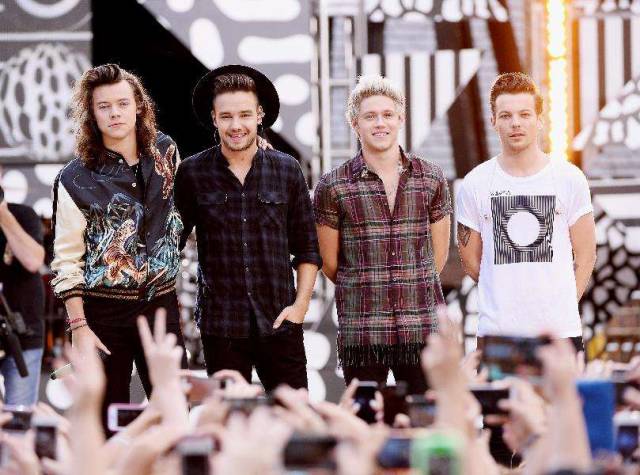 The pop superstar smashed the Rolling Stones' North American touring record, grossing $200 million on the continent en route to quarter of a billion dollars in total for her 1989 World Tour. She also shills for brands including Diet Coke, Keds and Apple. 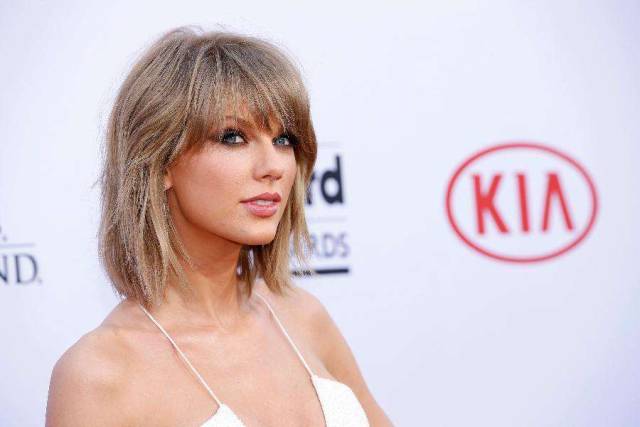