Nothing Stopped Them From Trying To Look Like Their Idols. Even Plastic Surgery Prices (23 pics)


Pixee Fox: Jessica Rabbit
25-year-old Pixee Fox spent more than $120,000 to look like Jessica Rabbit. The model even had six of her ribs removed in order to copy the sexy cartoon's impossibly tiny waist. On her GoFundMe page, Fox wrote, "My goal is to capture the exaggerated femininity of beautiful animated characters like Holly Would, Jessica Rabbit, and Aurora."
1 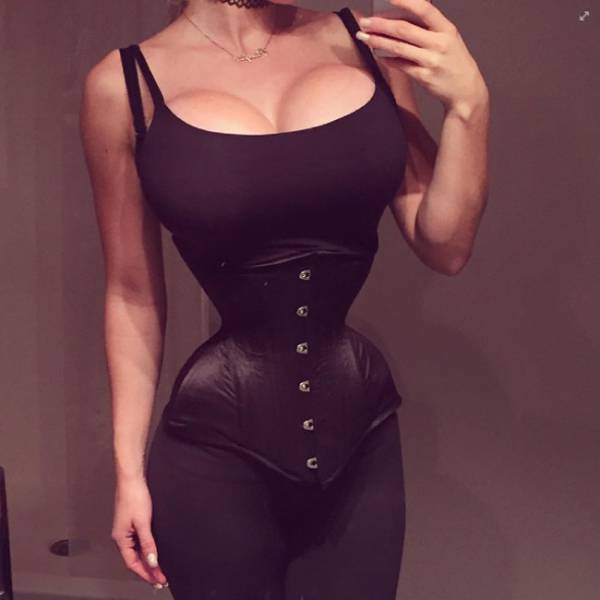 Bieber Fever is dangerous. Los Angeles singer-songwriter Toby Sheldon (aka Tobias Strebel) spent $100,000 on plastic surgery in order to look like Justin Bieber, who’s 14 years younger than Sheldon. The Beebs superfan appeared on plastic surgery horror story series "Botched" where he shared clips of his time in the recording studio and his motivation to look like the Canadian superstar.

Toby Sheldon was reported missing after being last seen in West Hollywood, CA on August 18, 2015. His body was discovered in a San Fernando Valley area Motel 6 on August 21, 2015. While a cause of death has yet to be reported, law enforcement officials have stated that drugs were found in the room and there is speculation that a recent breakup may have been a contributing factor in the aspiring singer's death. 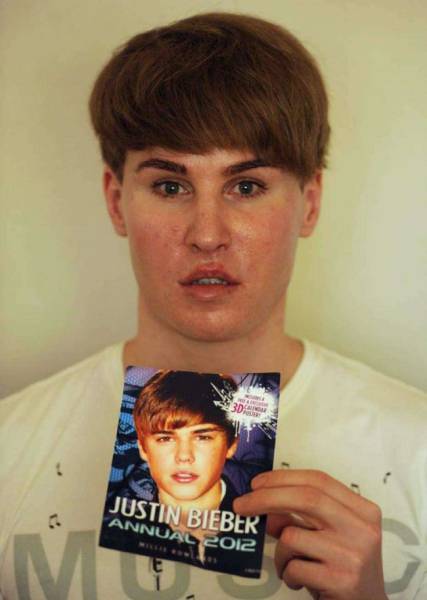 Romario Dos Santos Alves: The Hulk
Granted, "The Hulk" as a celeb is a bit of a stretch, but this story is too nuts not to share. A man in Brazil, so desperate to achieve growth in his arms, injected himself with a a concoction called synthol, a dangerous substance used to build mass. Even as his arms took on the properties of rocks, making it impossible to inject directly into the site of the desired build, the 25-year-old acquired special needles to make the injections possible, leading to a condition that nearly necessitated the amputation of both arms. Sounds a little more like "The Thing" than "The Hulk" at any rate...
3 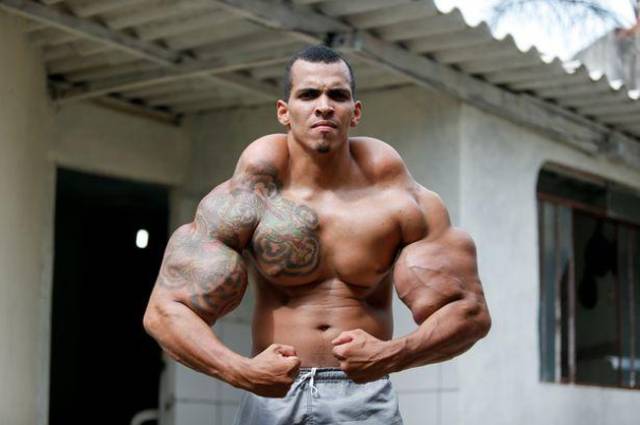 Jordan James Parke: Kim Kardashian
23-year-old Parke has an Instagram feed filled with pics of furs, expensive handbags, and selfies, just like Kim Kardashian. After $150,000 of plastic surgery, he also has a face full of collagen and botox...to look just like Kim K. The look, which one Reddit user dubbed "glam thug," isn't meant to be subtle. Said the gent with the Louis tattoos, "Do they think I’m going for the natural look? If I was, I’d ask for my money back.”
4 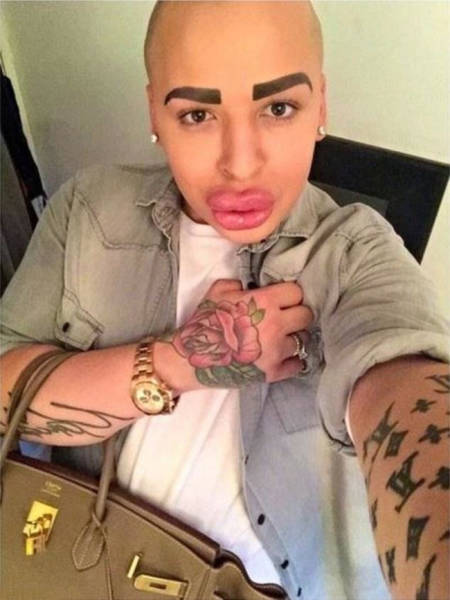 J-Lo’s not the only one who attracted a super-fan plastic surgery procedure. J-Law did too. In 2014, Kitty, a 30-year-old Texan, spent $25,000 to look like Jennifer Lawrence. 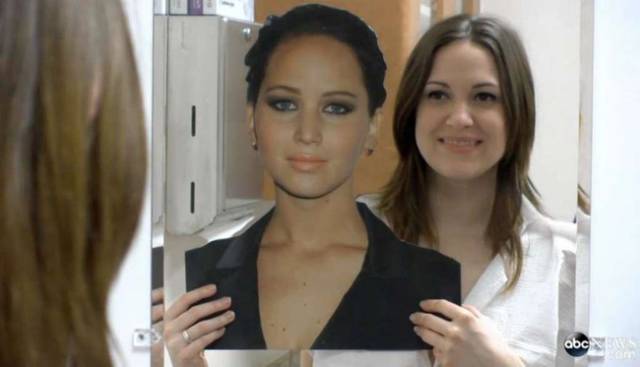 Like every Austin, Texas insurance agent, 27-year-old mom Kelly Chandler sought to make her husband regret his life by getting plastic surgery to make her look like Jennifer Aniston. 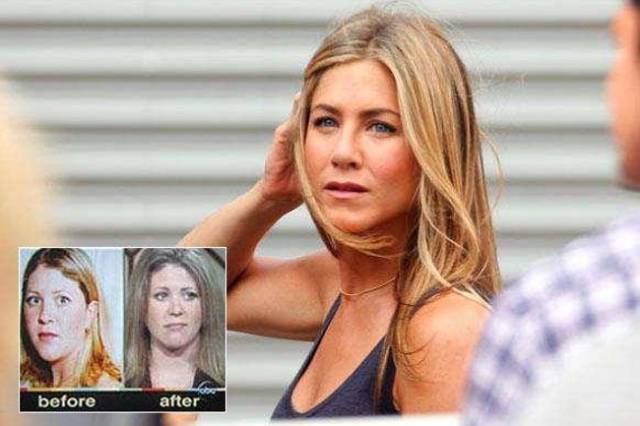 Rhinoplasty and breast implants made sense to an office worker named Crystal U., a 24-year-old who decided to undergo surgery so she could look like Britney Spears. 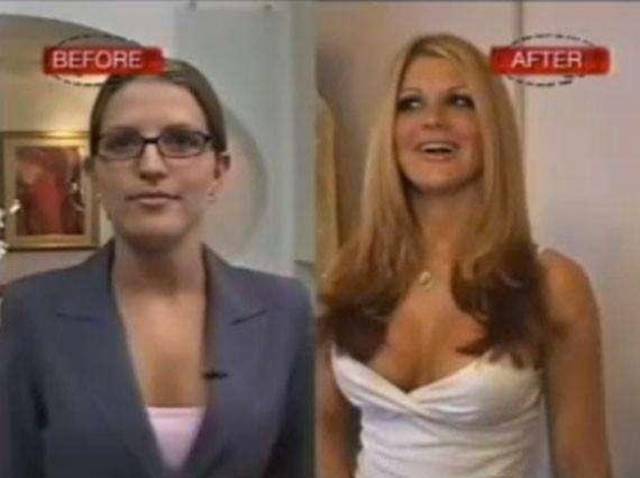 British woman Mikki Jay might have spent 8,000 pounds on a chin shave, two cheek implants, and two nose jobs, but at least she’s profiting off of it as Britain’s first female Michael Jackson impersonator! Return on investment, am I right? 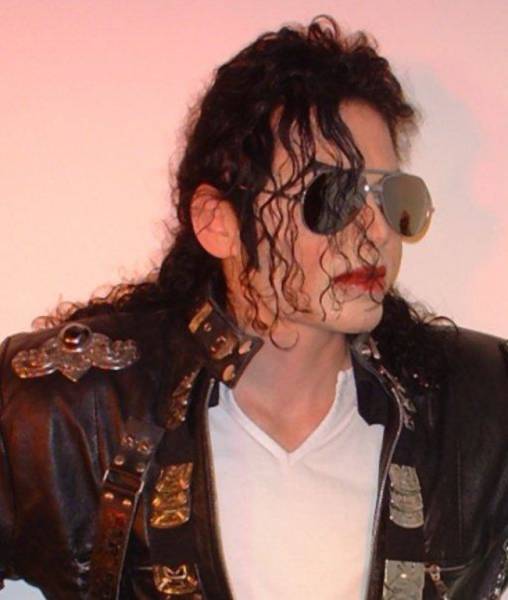 In 2004, at the tender age of 20, twins Matt and Mike Shlepp decided that it was totally worth 15,000 euros  to undergo surgery if it meant they’d come out looking like Brad Pitt. 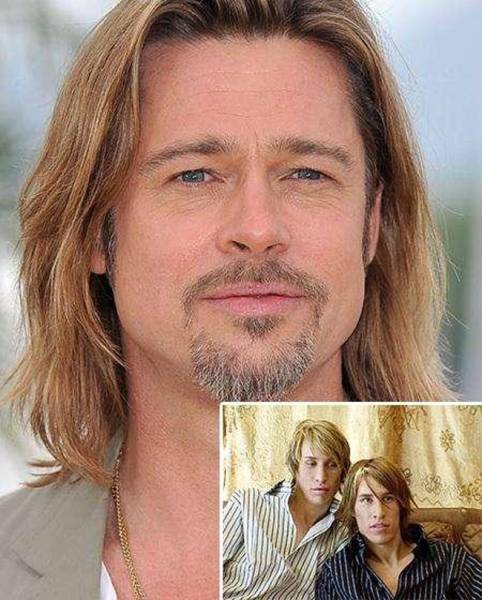 J-Lo, meet J-Lo. In order to really play off the fact that she had the same name as the singer, Colombian teenager Jennifer Lopez (and her older sister, Karen) got buttock fillers, breast implants, and liposuction in order to look like the “real” J-Lo. 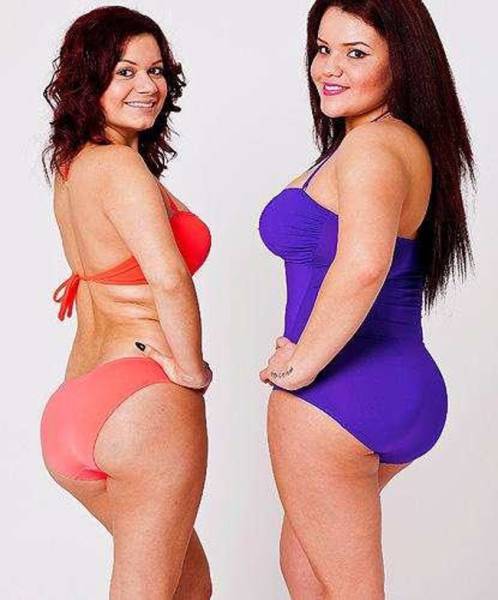 Nileen Namita spent 200,000 euros and underwent 51 cosmetic surgeries in the UK in order to look like the Egyptian Queen Nefertiti, royal wife of Pharaoh Akhenaten. 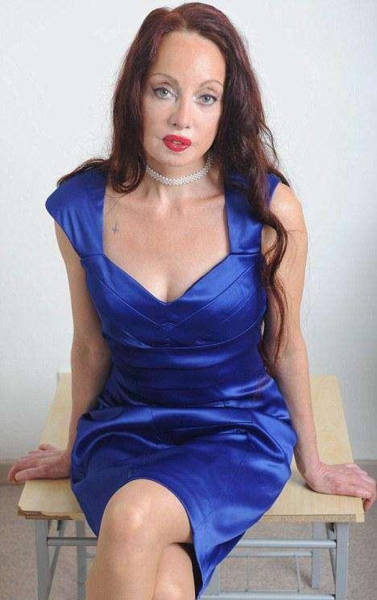 In one of the sadder examples of celebrity-worshipping plastic surgeries, Lindsay Lohan’s half-sister, Ashley Horn, got $25,000 worth of cosmetic work to look like... Lindsay Lohan. 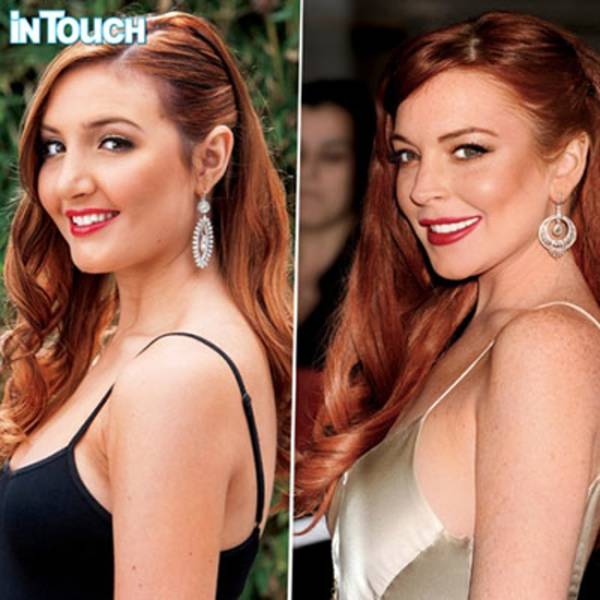 25-year-old Claire Louise Leeson has spent nearly $30,000 on surgical procedures to keep up with sex tape star and famous person Kim Kardashian. The British Kardashian fan started the transformation when she was just 17, and now has bigger boobs, whiter teeth, and the entireity of the world's spray tan on her body. 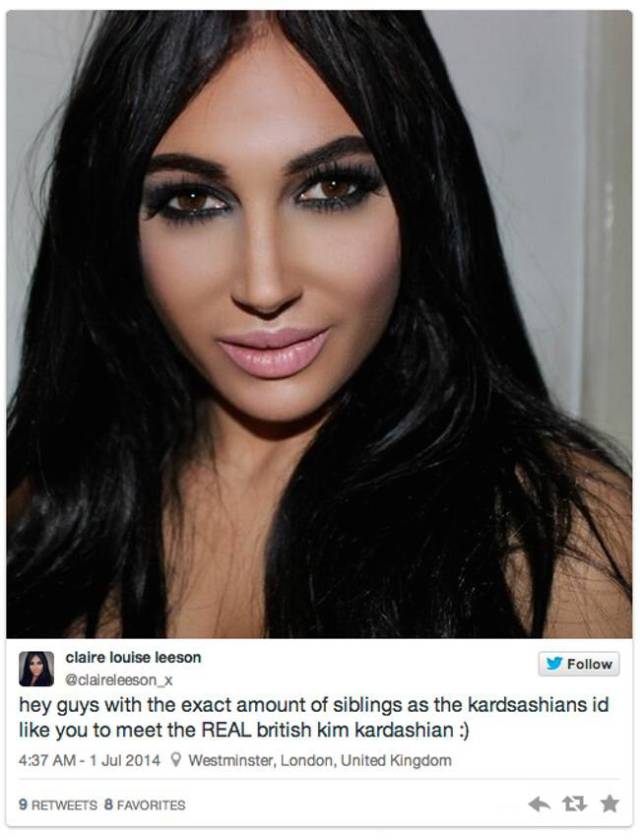 Jessica Alba was not pleased to hear that in 2010, a 21-year-old Chinese woman named Xiaoqing was seeking cosmetic surgery in order to look like Alba. Why, you ask? To make her ex-boyfriend jealous, obviously. 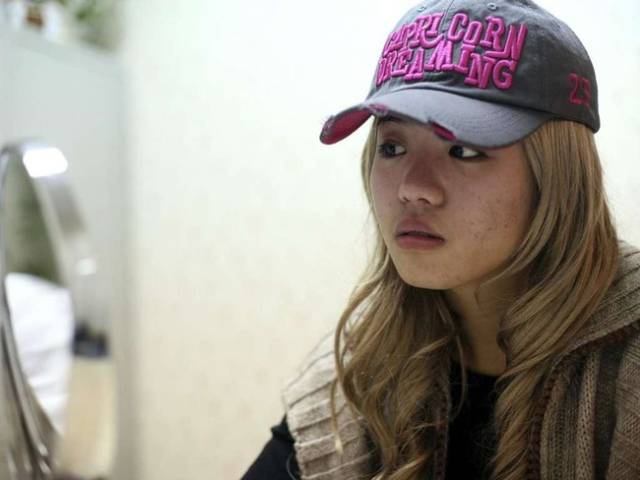 "Octomom" Nadya Suleman is a (ahem) "celebrity" herself, but those lips scream one thing: thousands upon thousands of dollars in plastic surgery in an effort to become Angelina Jolie. The actress was reportedly (and rightfully) “creeped out” by the Octomom’s obsession. 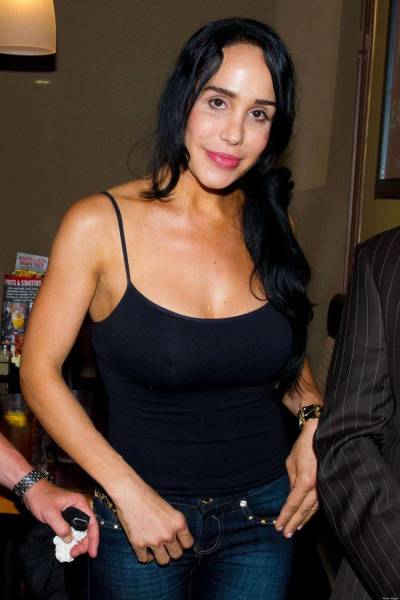 What is $15,000 worth to you? According to 41-year-old Texan Deborah Davenport, plastic surgery (including having cartilage shaved from her nose) is worth the cost if it makes her look exactly like actress Kate Winslet. 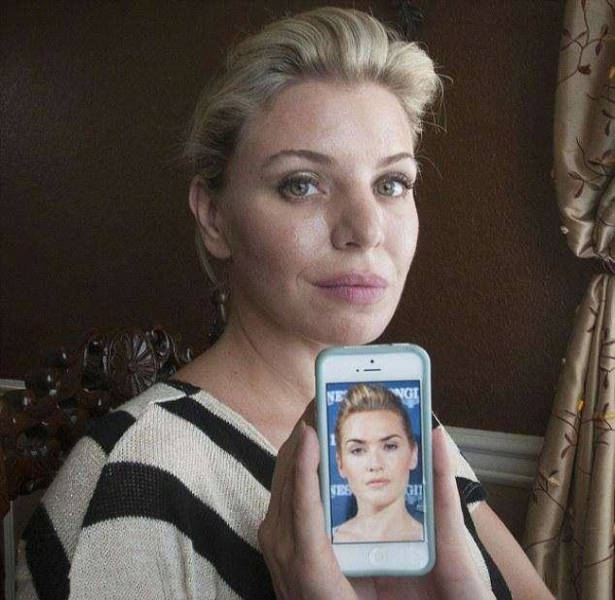 Lady Gaga has eccentric fans, but few can top Donna Marie Trego, who dropped 60,000 euros on plastic surgery so she could make a living doing a Lady Gaga tribute act around the world.

Myla Sinanaj is certainly keeping up with the Kardashians, at least in looks. In 2013, the 26-year-old Albanian-American decided she was willing to drop thirty grand to look like Kim Kardashian. What could make this weirder? Sinanaj, is also an ex-girlfriend of Kim K's ex-husband, Kris Humphries. 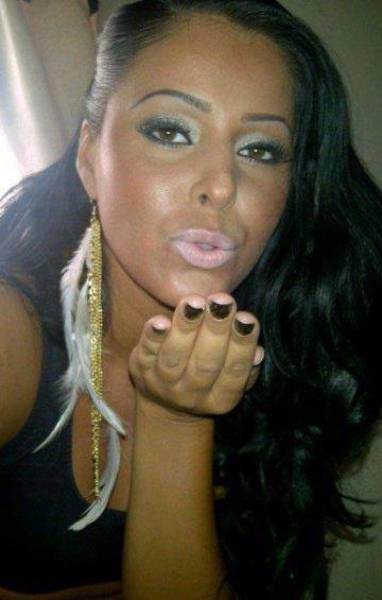 If you think you just spotted Miranda Kerr in South Korea, look again. That’s probably Yuh Reum Hong, a Kerr super-fan who got her nose and eyes done so she could look identical to the Australian supermodel. 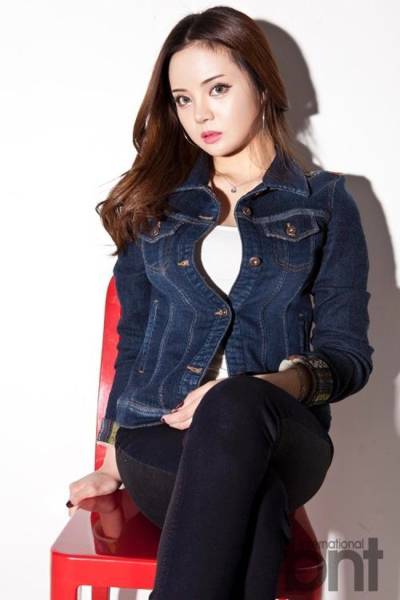 In 2006, 29-year-old Lisa Connell was diagnosed with terminal cancer. So, she did what anyone given such news would do. She spent $64,000 in surgery to look like Demi Moore. 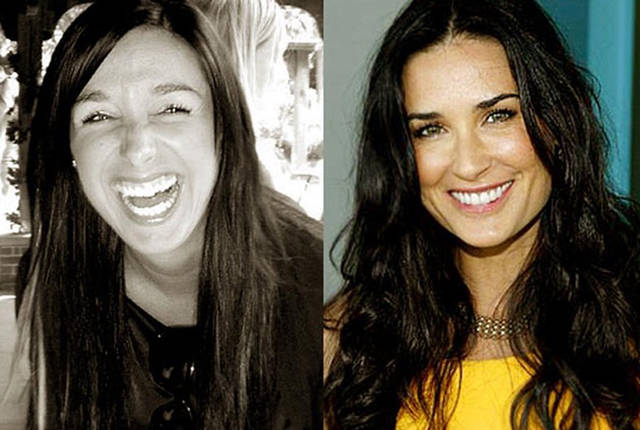 Nicholas Ryan wanted to be an actor. Well technically, he wanted to be Ryan Gosling. That’s why he spent five grand on cosmetic procedures to look like the Gos. 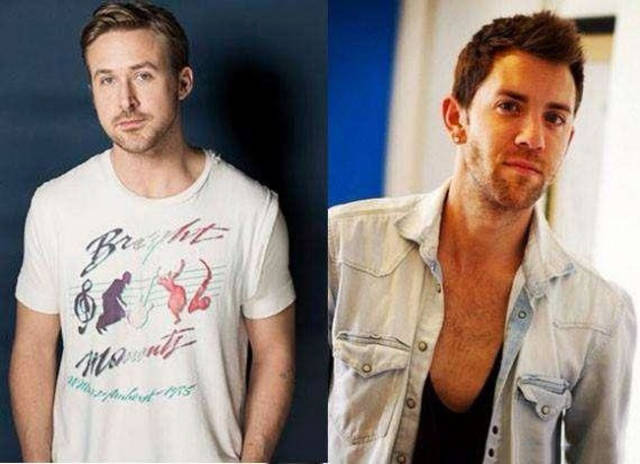 At 19, Sha had already done some work for Playboy, but if she really wanted to make it to the top, she had to get lipo and implants for her lips and breasts. That way she could achieve her oddly specific goal of looking like Pamela Anderson. 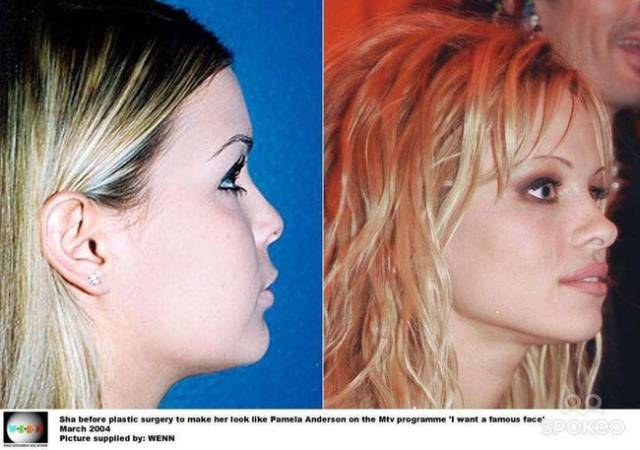 Not one, not two, but AT LEAST three men have undergone thousands of dollars in plastic surgery to look like Barbie's boy toy, Ken. One of these dolls in particular, Brazilian model Celso Santebañes, commands up to $16,000 for personal appearances, is in talks to have his own reality show, and now has HIS OWN DOLL in his likeness. It's like a plastic surgery ouroboros (the snake that eats its own tail) that may or may not recoup some of the 50-odd thousand dollars Santebañes has already spent to look like his celebrity doll-pelganger. 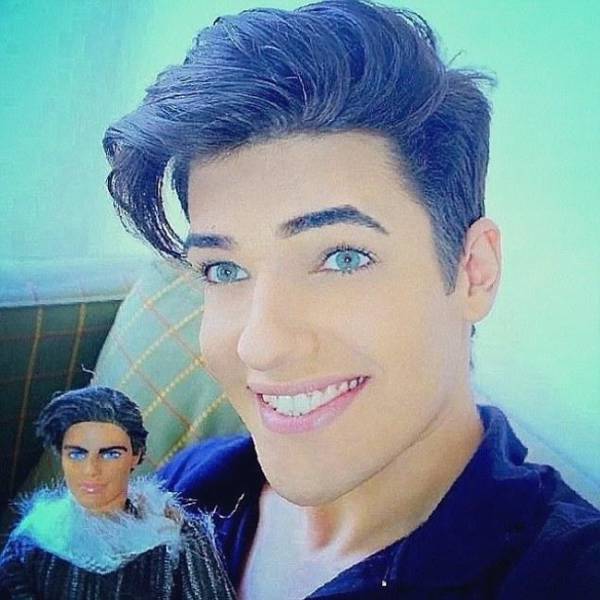 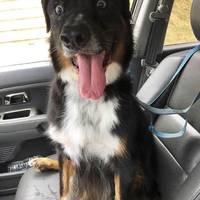 Rafa 1 year ago
Why? Why spends thousands to look like someone else?
Reply