You're using the wrong oil 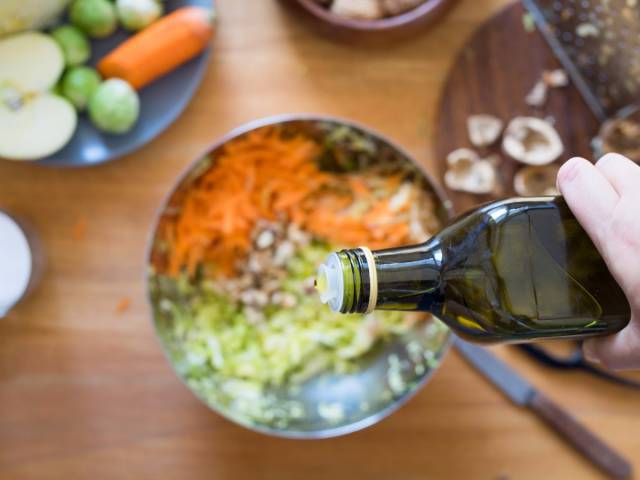 Extra virgin olive oil works well for cooking many things, but not everything. If you're cooking something that requires particularly high heat, you're better off using a different oil, since EVOO has a low smoke point — i.e. it starts to burn at a low temperature.

You're cooking meat that's not at room temperature 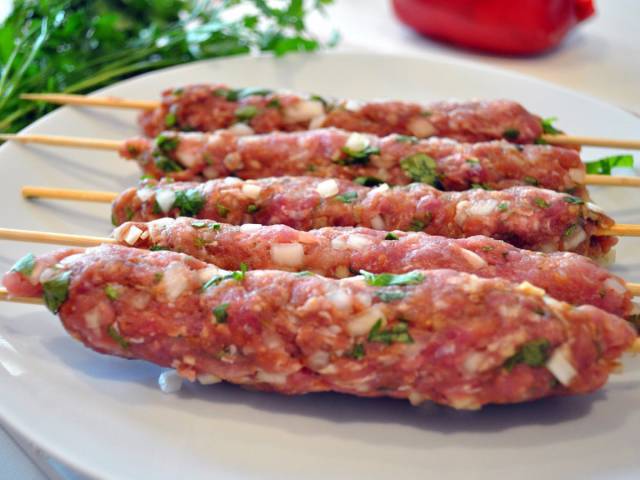 Meat that's at room temperature will cook more evenly than meat that's coming straight out of the fridge. It's best to let meat warm up for about 30 minutes before cooking it to ensure that all parts of it cook all the way through.

You're not using enough water when boiling pasta 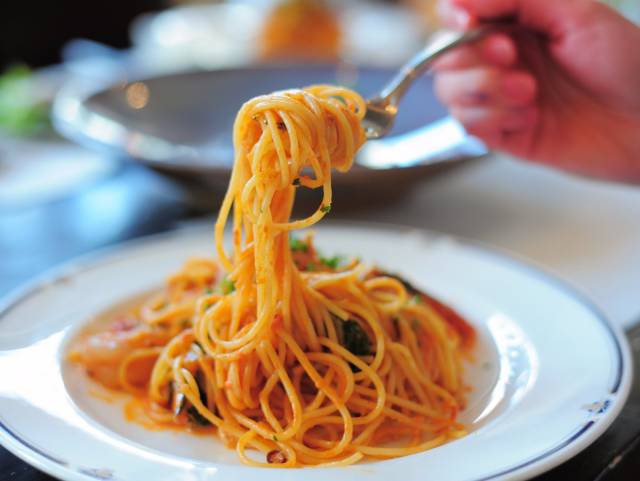 Are your noodles sticking together? Contrary to popular belief, adding olive oil to your water won't help.

What will help is making sure you're cooking your noodles in plenty of water — probably more than you think you need. For every pound of pasta you cook, you should use about five quarts of water.

You're using dried herbs instead of fresh herbs 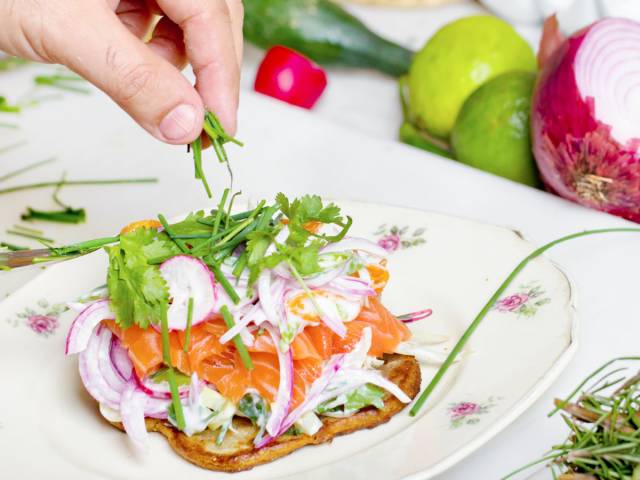 Dried herbs are more potent and will add more flavor to your cooking than fresh herbs will. If you do end up having to sub dried for fresh, use only about one third of what the recipe calls for when you're working with very fragrant herbs.

For more mild, less fragrant herbs, use a little more than a third.

You're not tasting food before serving it 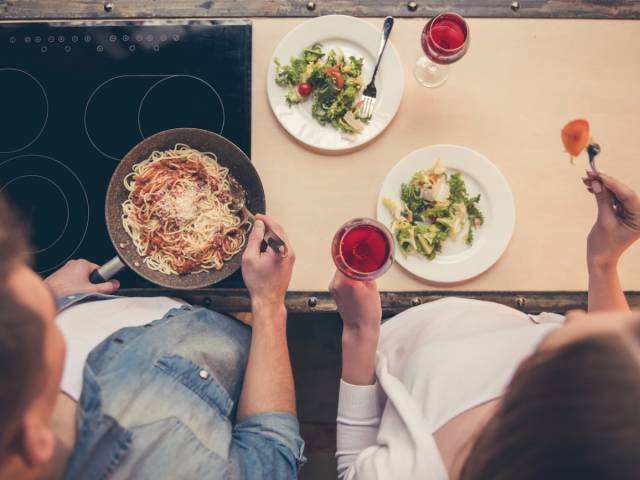 Sitting at dinner surrounded by your guests isn't the ideal time to be tasting the food you're serving for the first time. You want to make sure you like what you're serving and that you're confident in serving it to others before you put it out on the table.

If you taste your food as you cook, you can make small adjustments along the way, which will most likely lead to a finished product that you like.

You're not cutting your meat the right way 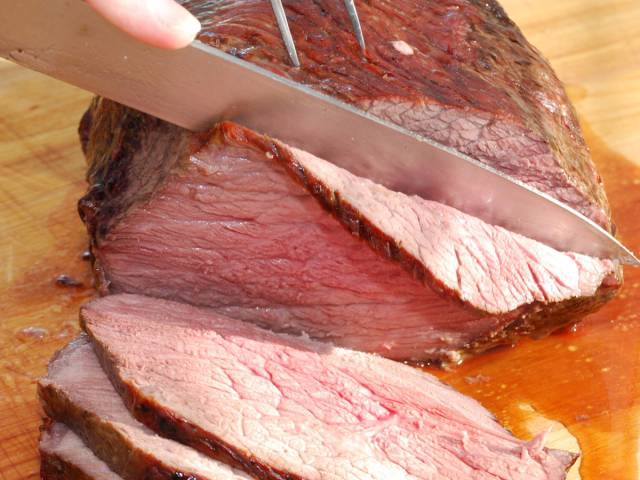 Slicing meat along the grain seems logical, but in reality it will only get you chewy meat. You'll enjoy your piece of meat a lot more if you cut across the grain, laterally.

You're cooking garlic for too long 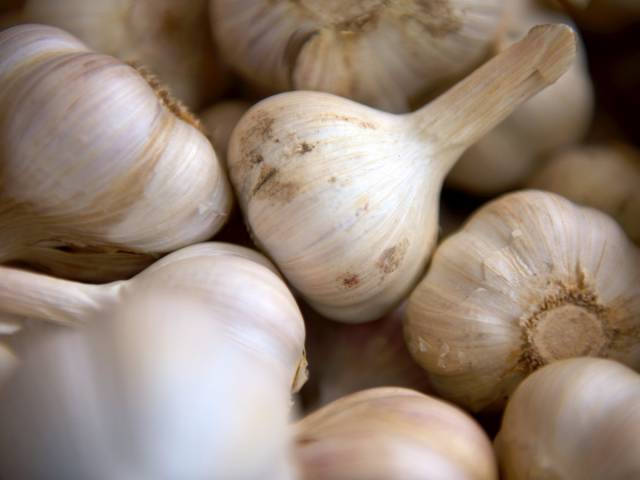 If garlic is the first thing you add to your pan, chances are it'll probably be the first thing to burn as well. If you know you're going to be cooking minced garlic over high heat, try adding it in last instead.

You're trying to cook too many things in one pan 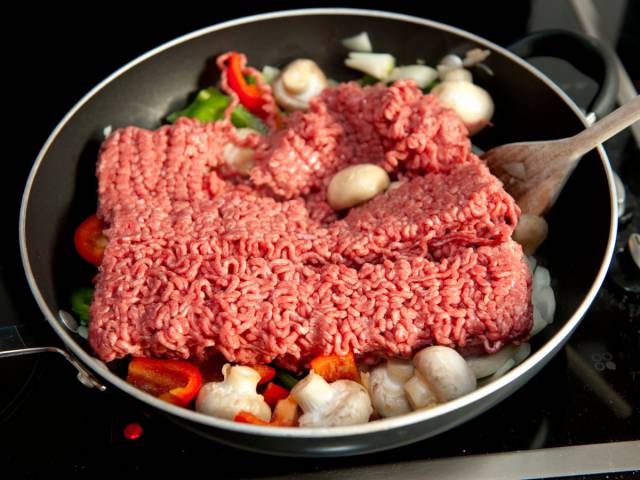 One pan meals are efficient, but cooking too many foods in too small of a vessel can prevent those foods from cooking the way you want them to.

When the whole surface of a pan is covered, heat becomes trapped, which leads to steam. Steam prevents browning, which is essential for keeping foods juicy and flavorful.

Instead, cook in multiple pans at once, or cook in batches.

You're cooking scrambled eggs over too high heat 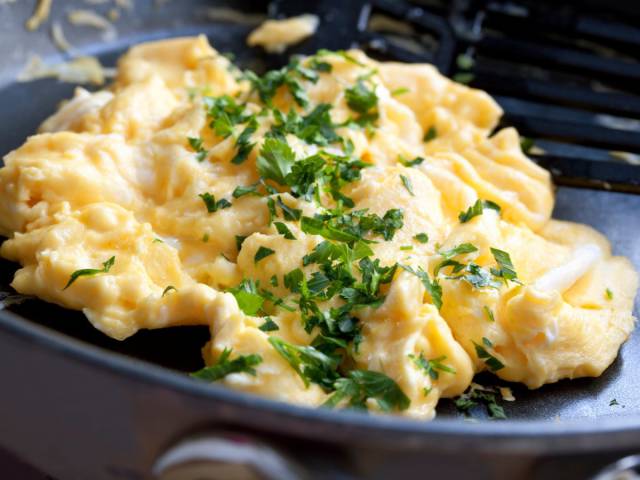 Cooking scrambled eggs over high heat means that your eggs will be done quicker, but it also means that they'll most likely be dry.

Adding a little water can also help to make sure you get the right texture.

You're flipping your food too often 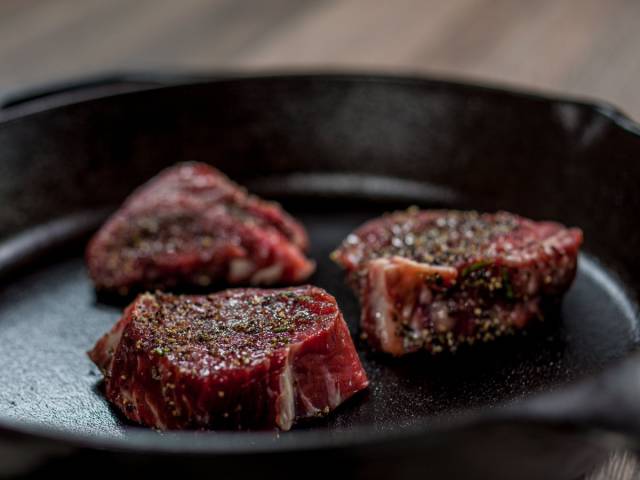 This especially applies to steak. Cooking steak at home can be difficult, and if you flip the meat before it's ready, you might not get the sear you were hoping for. The fewer times you flip it, the better.

You're boiling when you should be simmering 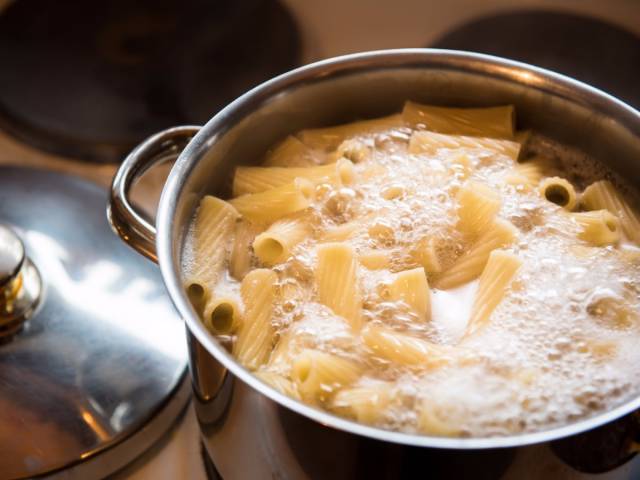 Boiling and simmering are not synonymous. If a recipe says you should let your bolognese sauce simmer, that means only one or two bubbles should pop up occasionally. Boiling, on the other hand, means lots more bubbles popping up a lot more frequently.

Follow directions, or risk ending up with some very tough meat.

You're not reading the recipe completely 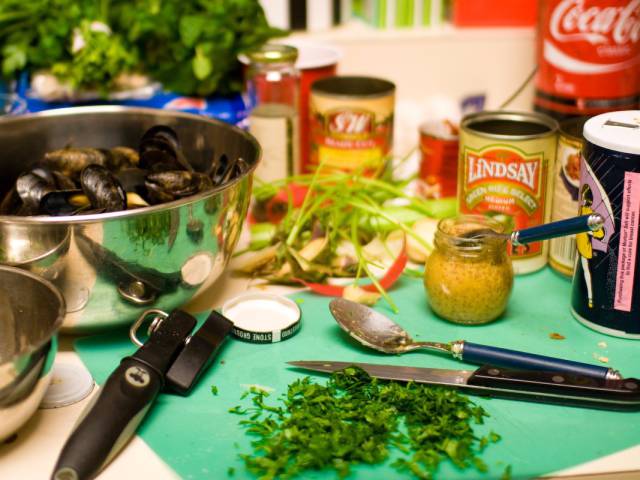 No matter if you're making something for the first time or the fifth time, it's always a good idea to read the recipe completely, so when it comes time for cooking, you know what you're doing.

Read it before you even go to the grocery store, that way you know what you're getting yourself into, and you won't be in the middle of cooking only to find out that you're missing a vital ingredient or need to let something marinate for a few hours.

You're not using a meat thermometer 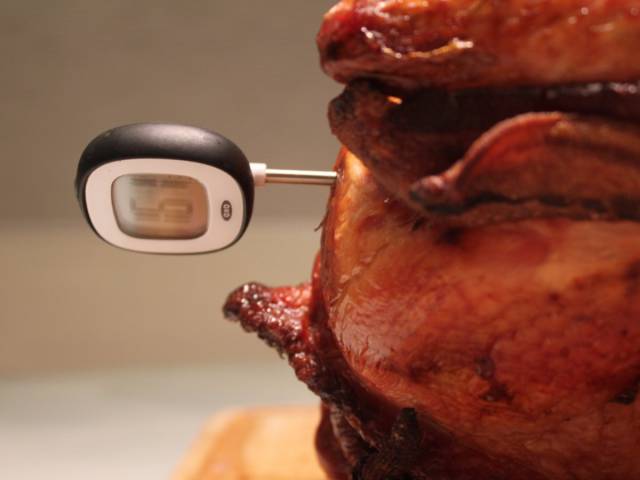 Looks can be deceiving; you might think you're pulling your steak off the grill at the right time, only to find out that it should have stopped cooking long ago.

Do yourself a favor and get a meat thermometer; it'll take human error out of the equation.

You're not adding enough seasoning or adding too much 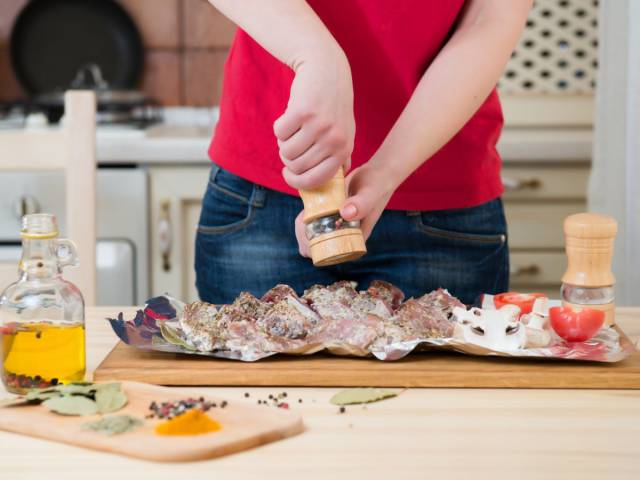 Seasoning too much or not enough is easy to do; does anyone really know how much a "pinch" of salt is?

To avoid food that's over or under seasoned, make sure to sample what you're cooking as you add seasoning to it.

You're not preheating the pan before cooking 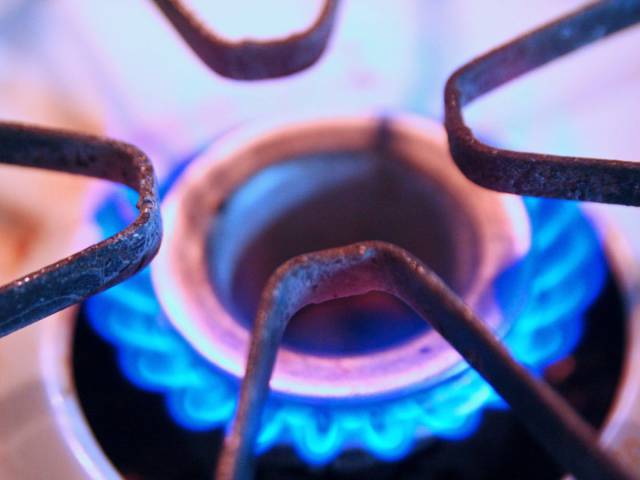 You should be heating up your pan for a few minutes before adding any food to it. Otherwise you'll end up with soggy fish or meat that's not properly browned.

You're not letting meat rest before cutting into it 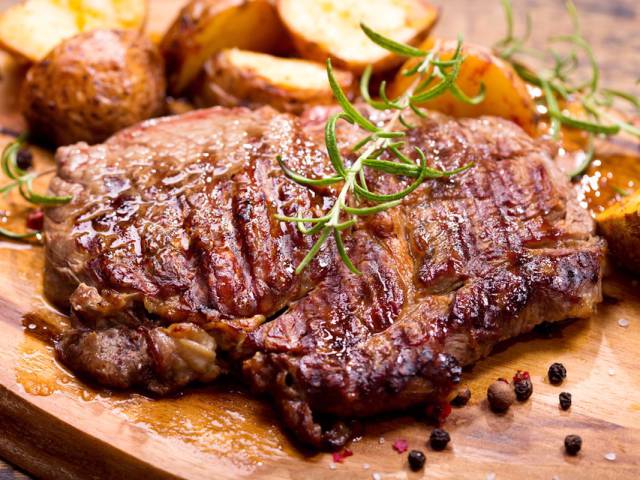 As you cook meat, its juices converge in the center. Letting the meat rest after it's done cooking gives the juices time to spread back out across the meat.

Resting time differs depending on how large your cut of meat is. For a full bird, 20-30 minutes is a good amount of time. For a chicken breast or piece of steak, five minutes is enough. 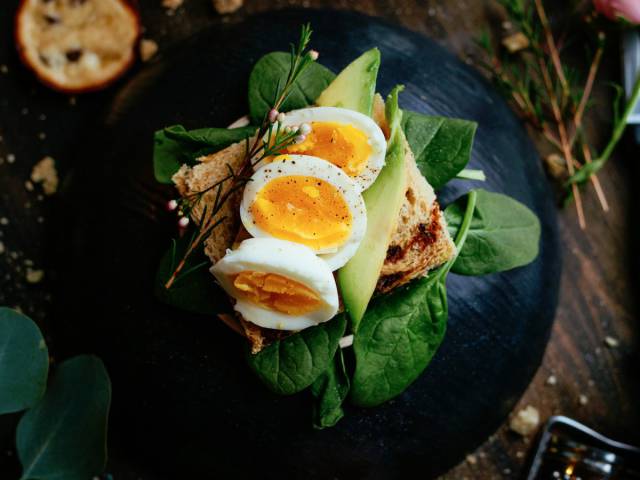 No one likes a hard boiled egg that's too hard and dry or too soft and liquid-y. Before you start boiling, decide what you're going for — soft boiled or hard boiled.

You're chopping vegetables with a bread knife 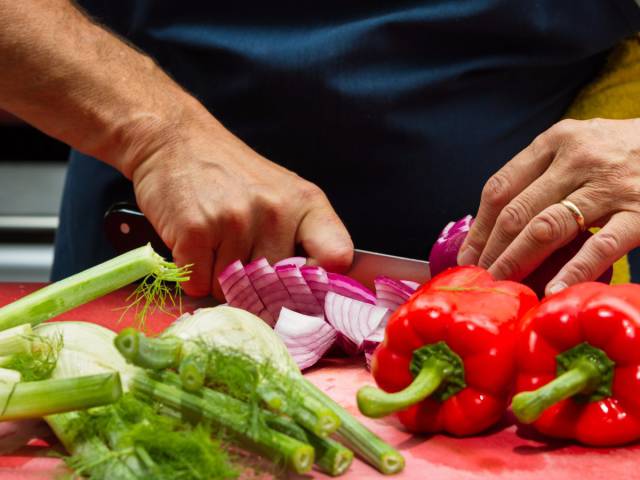 There's a reason a bread knife is called a bread knife — it should be used to cut bread. For vegetables, stick with a chef's knife. It will give you more leverage and control.

You're not drying your greens before sautéing them 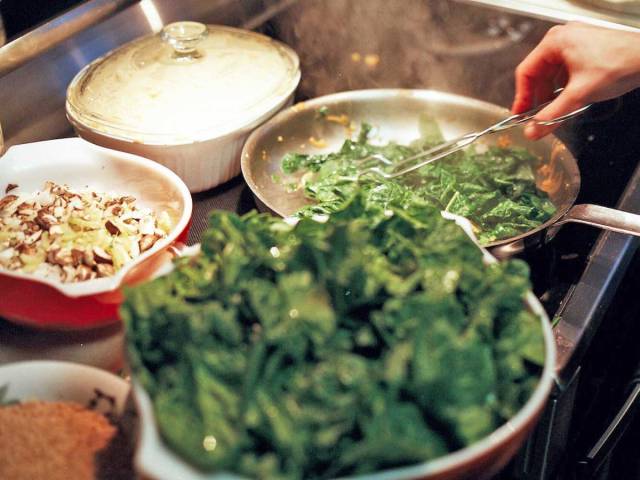 Excess water on greens or vegetables (like mushrooms) when you're cooking them in oil in a pan is not a good thing. Besides splattering everywhere, water will cause steam, which will result in soggy veggies.

You're not using an oven thermometer 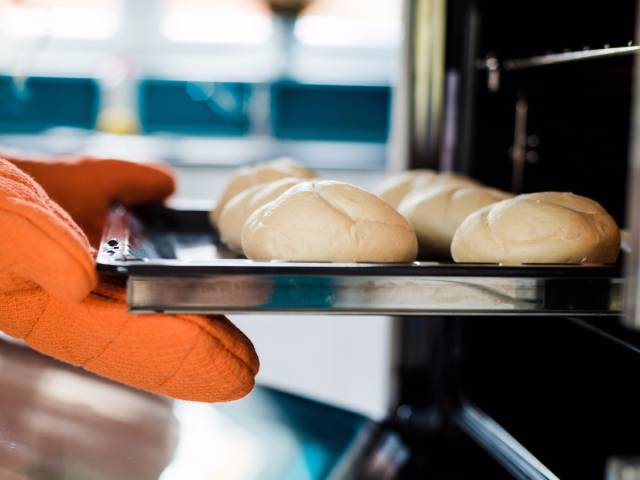 Unfortunately, not every oven is as reliable as you would like it to be, which means the temperature your oven is telling you it's at isn't always its actual temperature.

An oven thermometer, however, is much less likely to show an inaccurate temperature.