A popular destination for honeymooners or paradise-seekers, the islands of the Seychelles — located in the Indian Ocean off the coast of Madagascar — are vanishing because of beach erosion. They're in danger of completely disappearing in the next 50 to 100 years. 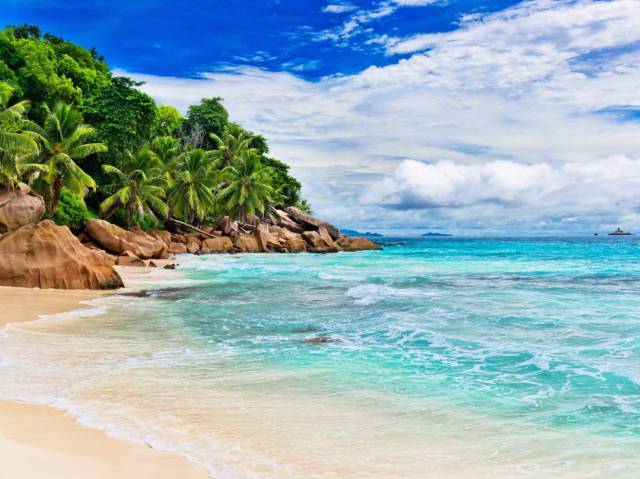 The picturesque snow that tops Mount Kilimanjaro in Tanzania may not be there much longer. Between the years of 1912 and 2007, Kilimanjaro's ice sheet shrank by a whopping 85%. 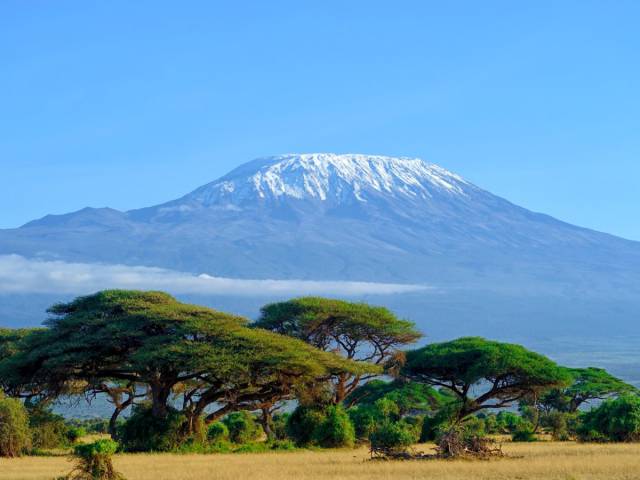 The Mirador Basin and Tikal National Park in Guatemala are home to the mysterious ruins of the Mayan civilization. Illegal looting and forest burning, however, may destroy this piece of history. 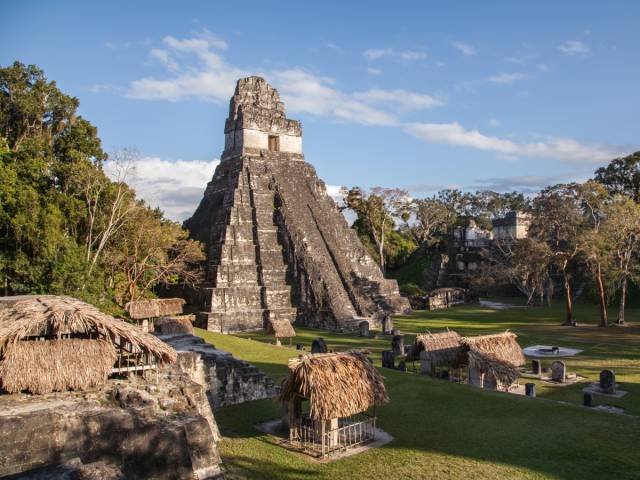 The Sundarbans, India and Bangladesh

The Sundarbans contain close to 4,000 miles of water and land in the Ganges Delta. They're home to the largest area of mangrove forests in the world. These forests provide a refuge for a number of endangered species, like tigers. Deforestation, pollution, and a strong dependence on fossil fuels are causing sea levels to rise rapidly in the area, which has led to the erosion of precious coastline. Patagonia's glaciers make for one of the most beautiful tourist attractions in the world, but less rainfall and higher temperatures are causing these wonders to shrink. 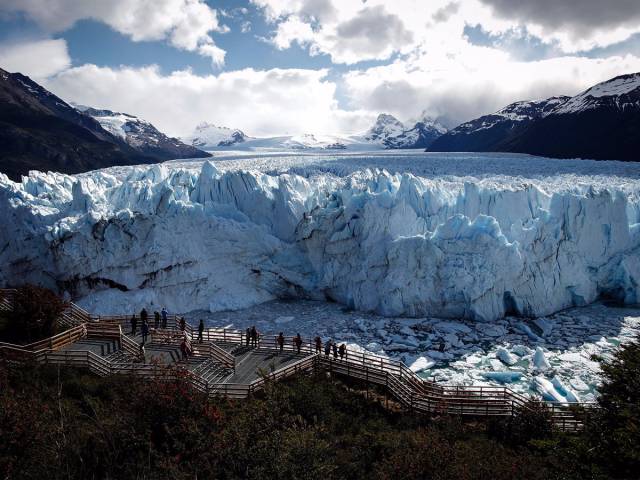 A province of Cádiz nestled in the mountains of Andalusia in southern Spain, Zahara de la Sierra is losing its wildlife and greenery because of a rise in temperature and a drop in rainfall in recent years. 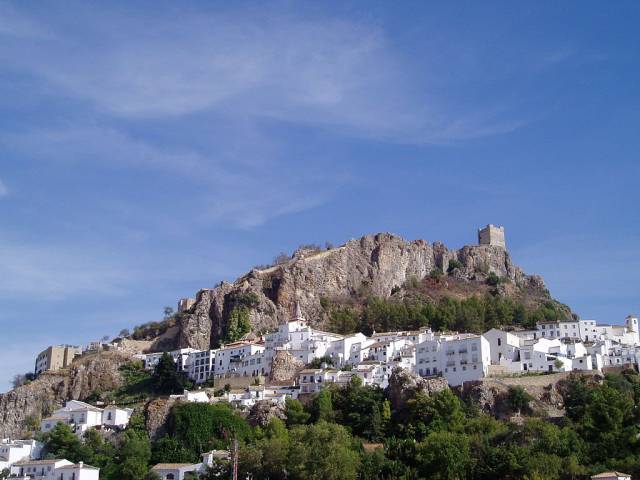 The shores of North Carolina's Outer Banks are eroding the land they border, putting landmarks such as the Cape Hatteras Lighthouse — which dates back to 1870 — in danger. 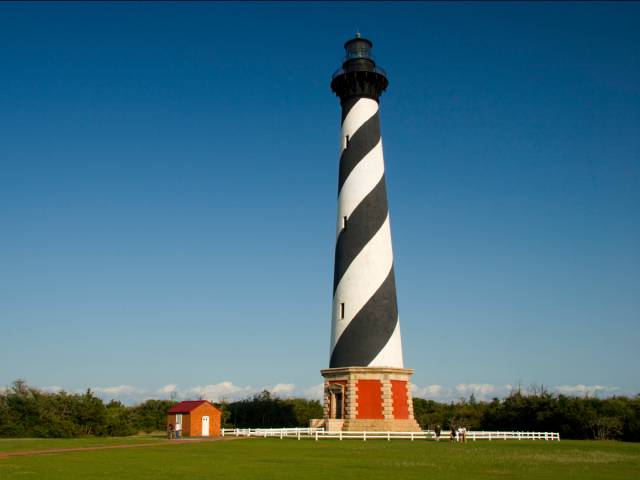 Madagascar's forests are predicted to exist for only another 35 years because of a multitude of fires and mass deforestation. 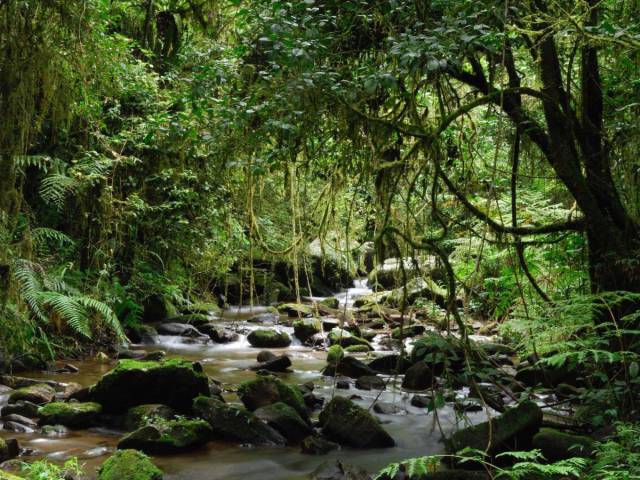 The number of glaciers in Montana's Glacier National Park has decreased to fewer than 25 from 150. In 15 years, there may be none left. 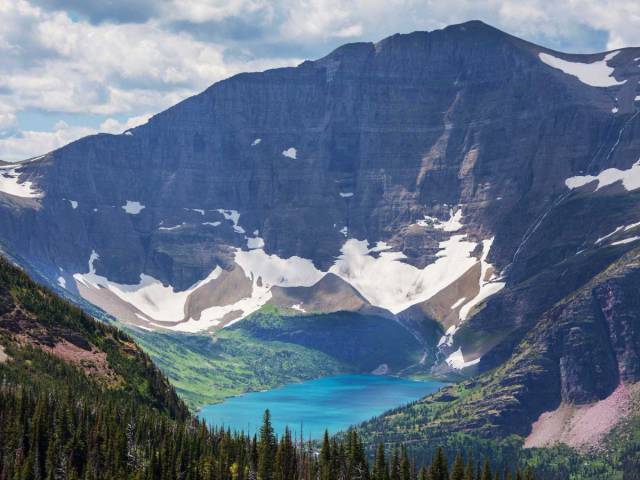 Get your gondola ride in soon, because Venice has been sinking for a number of years, and it's showing no signs of stopping. More severe floods in recent years are also contributing to the disappearance of the city of canals. 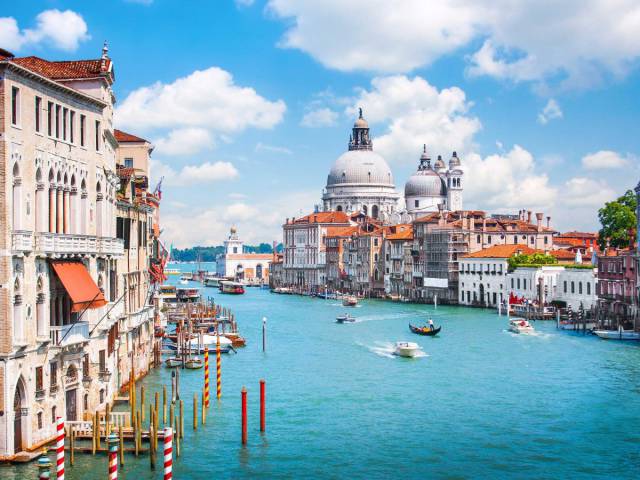 The ruins of the Incan Empire attract millions of tourists per year, far exceeding the limit of 2,500 visitors per day that was originally set by UNESCO and Peru. Many believe that this, along with natural landslides and erosion, could cause the ruins to collapse unless more regulations are put in place. 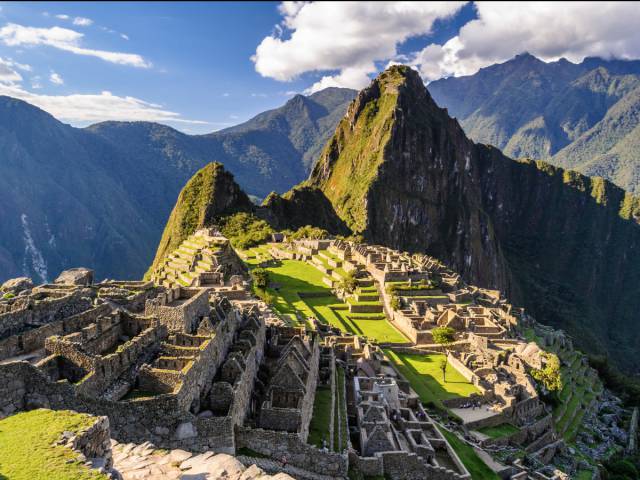 A combination of too many tourists and foreign species that don't belong is threatening the ecosystem and unique native species of the Galapagos Islands, a group of islands off the coast of Ecuador. 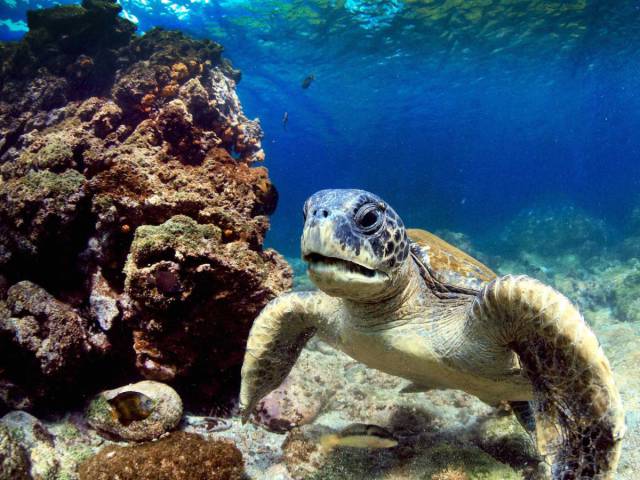 Africa's Congo Basin, the world’s second-largest rainforest, is also one of the world's most biodiverse areas, with over 10,000 plant species, 1,000 bird species, and 400 mammal species. However, the United Nations predicts that two-thirds of its forest, including its plants and wildlife, may be completely gone by 2040. 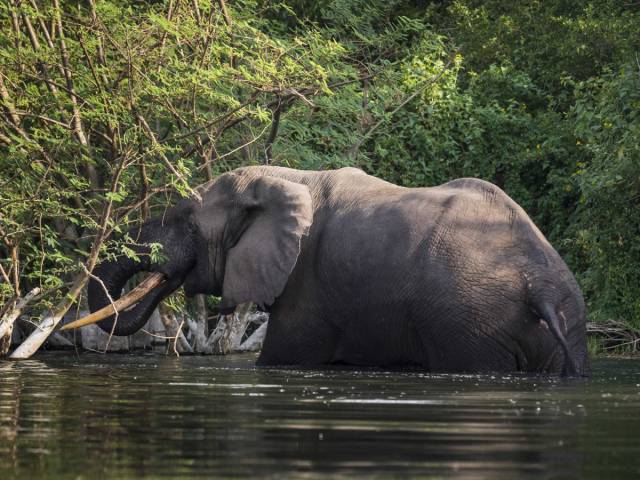 The Dead Sea, which borders Jordan and Israel, has sunk 80 feet and decreased in size by a third in the past 40 years. As long as countries around the sea continue to use water from the River Jordan (the only place the Dead Sea draws its water from), the sea could be completely gone in 50 years. 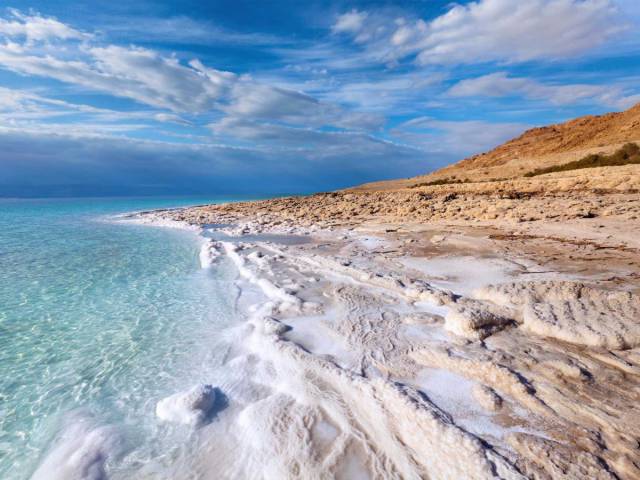 The Florida Everglades have been referred to as the most threatened park in the US. Too much water, new species, and urban development are all part of the problem. 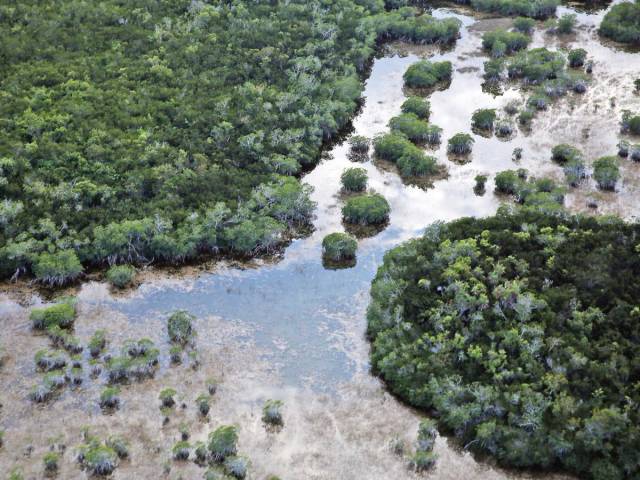 Bad news for hikers and winter sports fans: Climate change has a strong effect on the Alps because they're at a lower altitude than other mountain ranges, such as the Rockies. Every year, the European mountain range loses around 3% of glacial ice, which means that by 2050 there might not be any more glaciers. 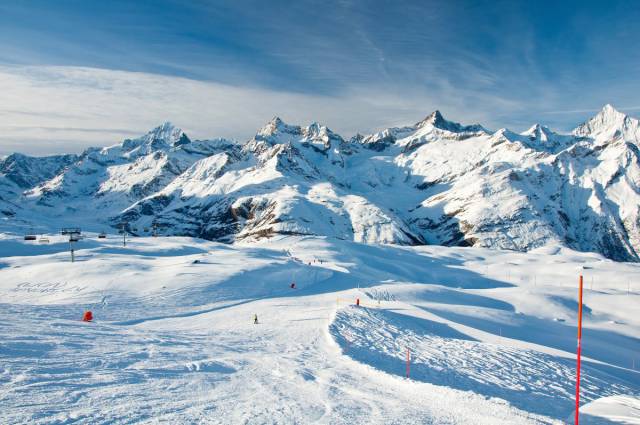 Sitting in the Pacific Ocean between Australia and Hawaii, Tuvalu is a tiny Polynesian nation made up of nine islands. The islands are in danger of being engulfed by the water that surrounds them because they only rise about 15 feet out of the sea to begin with. 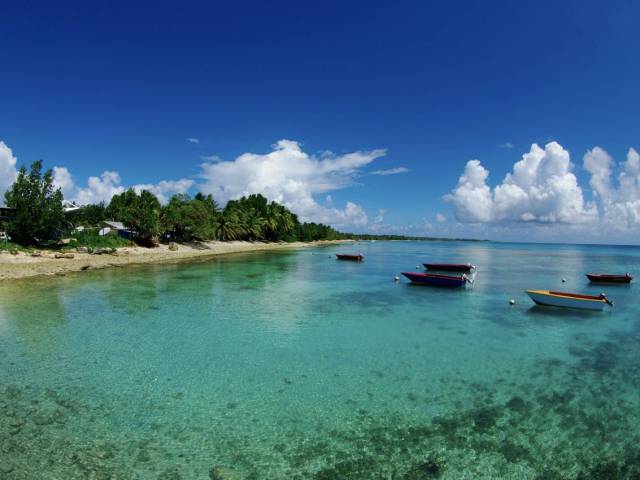 The Taj Mahal is one of the most iconic buildings in the world, but some experts worry that the site could collapse because of erosion and pollution. 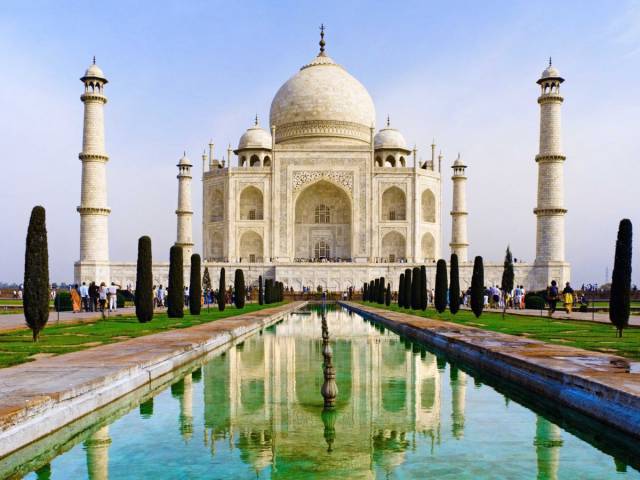 The world's largest coral reef, Australia's Great Barrier Reef, has decreased by more than half its size because of rising temperatures in the past 30 years. Coral bleaching caused by acid pollution is another concern, leading scientists to predict that the reefs could be completely gone by 2030. 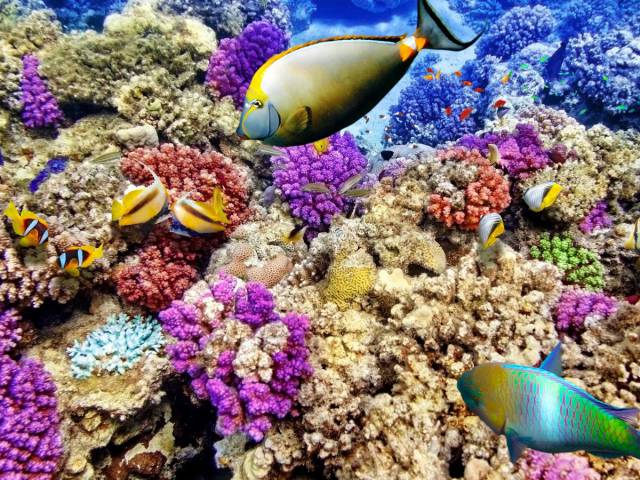 Egypt's pyramids and Great Sphinx are facing erosion from pollution. As sewage is weakening the plates they stand on, there are concerns that the pollution may eventually lead to their complete collapse. 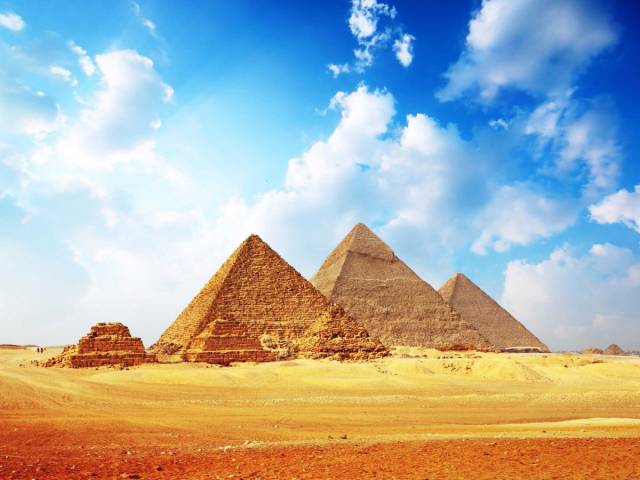 At an impressive 2.1 million square miles, Brazil's Amazon is the largest rainforest in the world. It's home to the world's most diverse species, but expansion of agriculture could lead to the destruction of the rainforest. 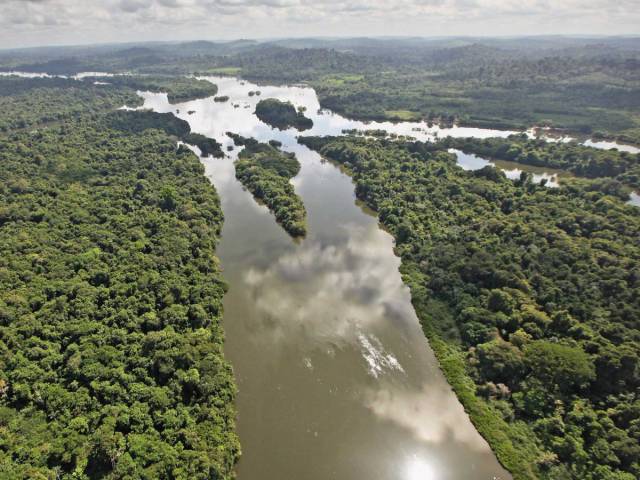 The Great Wall of China

The largest man-made structure in the world, the Great Wall of China has survived for over 2,000 years, but recent over-farming has led to nearly two-thirds of the wall being damaged or destroyed. The wall could be reduced to ruins by erosion in as little as 20 years. 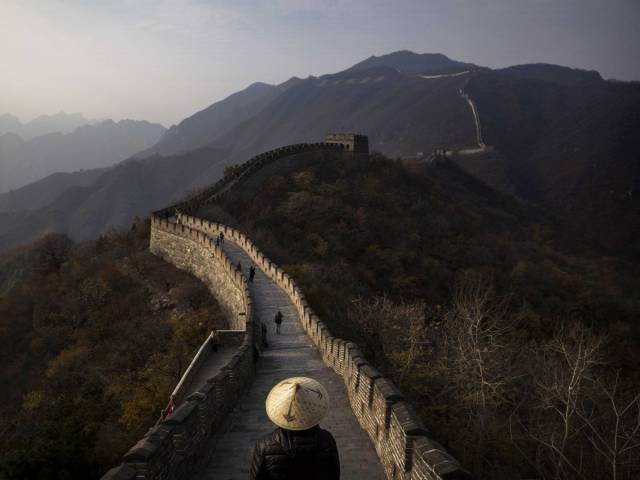 The Maldives, an island nation in the Indian Ocean, is slowly sinking because of climate change. Scientists predict that within 100 years, it will be completely submerged. 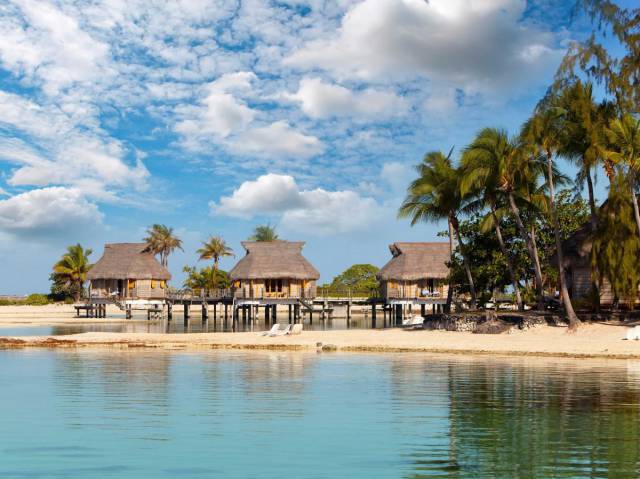 Built mainly out of mud, the mosques of Timbuktu date back to the 14th-16th centuries and are a UNESCO World Heritage site. But no amount of protection can shield them from the temperature and rainfall increases that threaten to destroy them. Big Sur in California is known for offering up-close whale watching, but recent droughts and wildfires are significantly harming the coastal region, and leading to fewer sightings of the mammals each year. 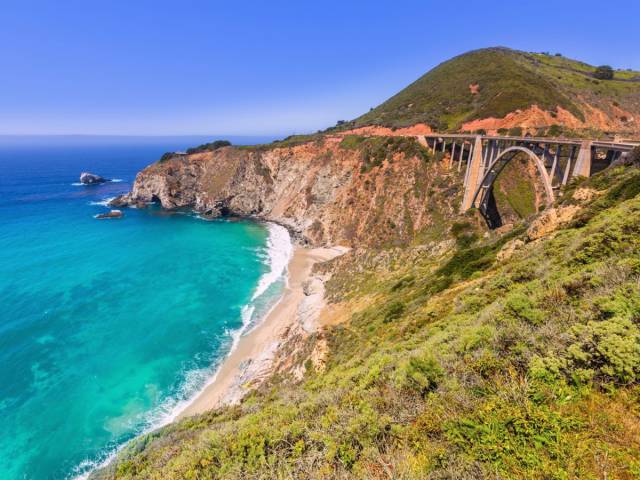