Amos Dudley had braces in middle school, but he didn't wear a retainer like he was supposed to, so his teeth slowly shifted back. But as he had no money for the new set of braces, the digital-design major just decided to 3D-print one, using a high-quality printer at his university. The whole process cost him only 60$, too.

Dudley ran across a photo from a "name brand clear-alignment treatment" and noticed that the plastic looked like it had the layer striations from a 3D print. So what was to stop him from 3D-printing his own, he thought. 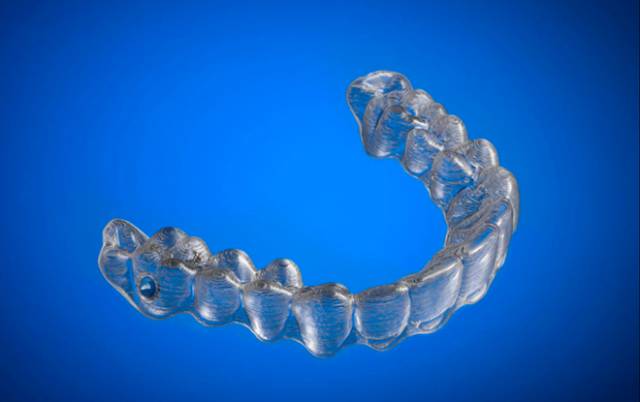 First he took a mold of his teeth with alginate powder. "These molds are very precise, and capture an amazing amount of detail," he writes. "There were some bubbles in the mold," but they wouldn't matter for the aligner. 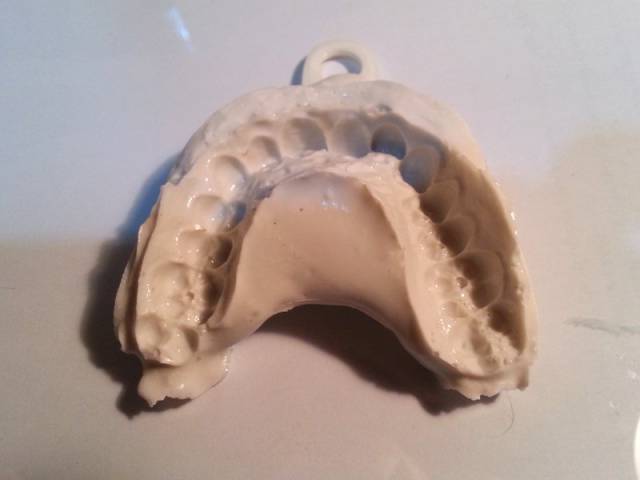 Making this casting was simple, he says. "I put the mold upside down in a yogurt container, and then filled it with liquid Permastone," he writes. "When it came out, I simply broke off the top to reveal the casting, and used a razor blade to smooth out the surrounding area." 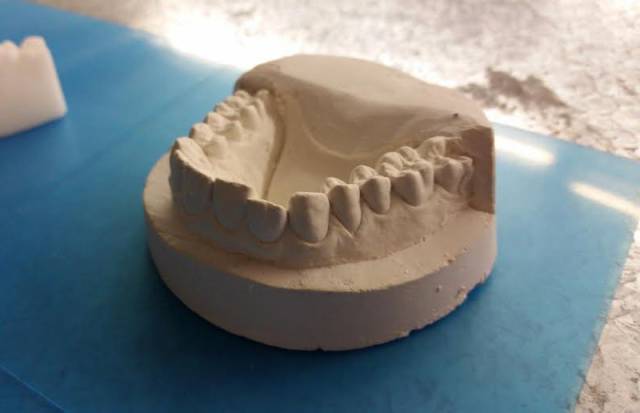 Now he had a better sense of what was going on with his teeth. You can tell specifically that the LI-r (right lateral incisor) juts out. 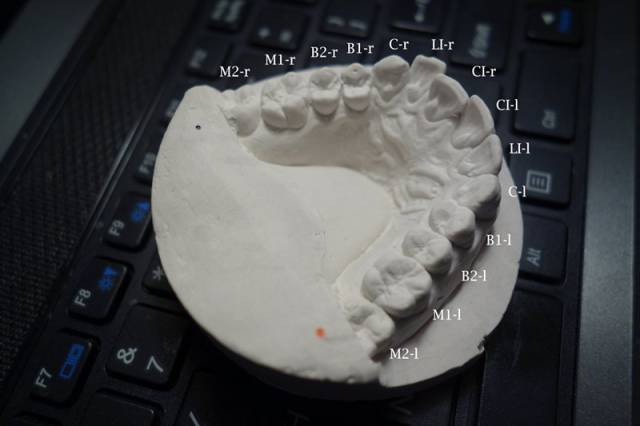 The laser scanning was reasonably painless, he says, though he describes the NextEngine software interface as "awful." "The dimensions of the scan seemed to correspond very closely to the dimensions I measured on the physical model with calipers," he writes. He also says creating the animation, which would show the path his teeth would take through different iterations of the braces, wasn't particularly difficult either. 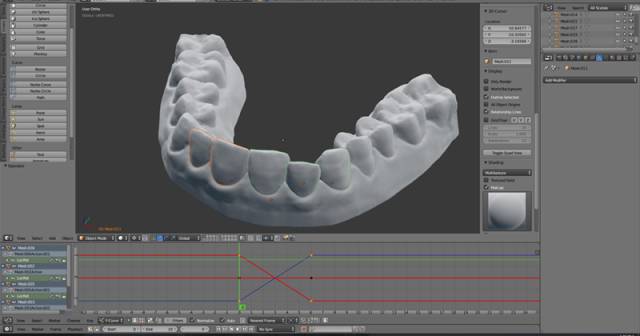 "Here’s where it started to get very exciting," he writes. The 3D printing of the molds. 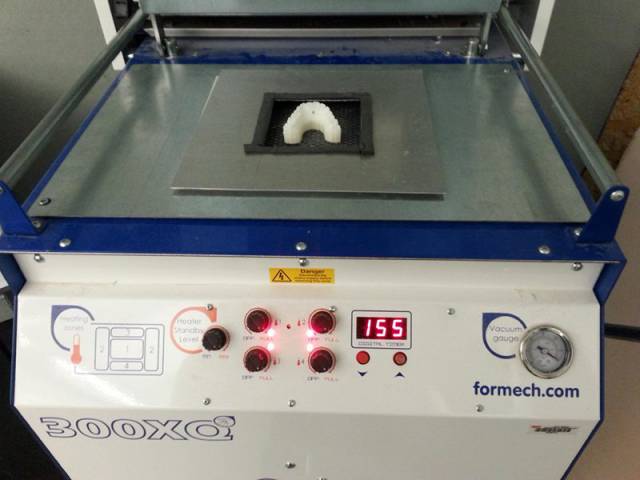 An up-close view of the 3D-printed mold. 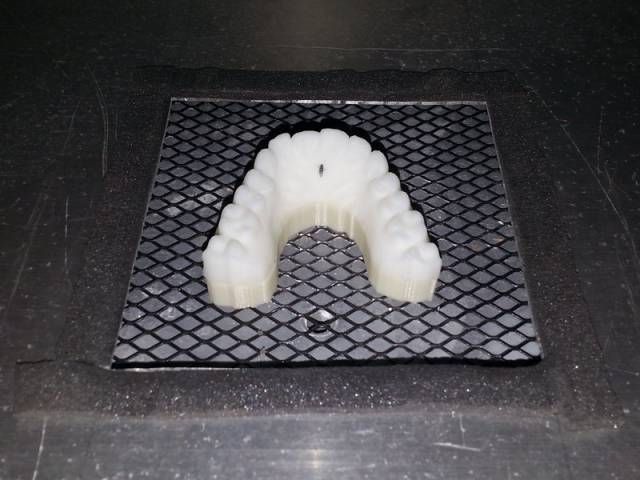 These are the "steps" all 3D-printed out. "Labeling the pieces is critical," he advises. "They look virtually identical." 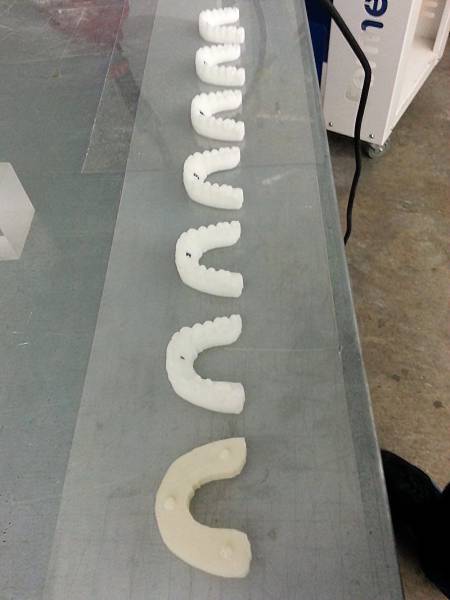 After the final versions of the braces came out of a vacuum-form machine, Dudley sanded down the edges so they wouldn’t irritate his gums. 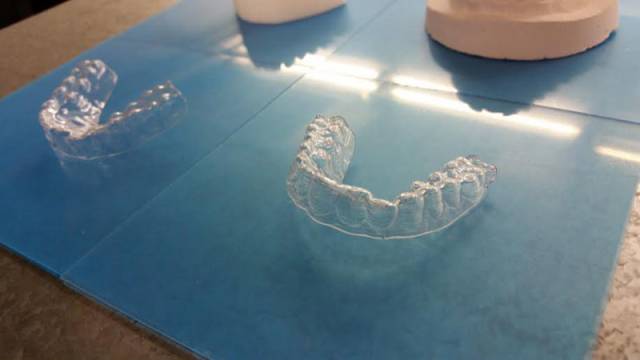 But did they work? Here was his smile before.

And after about four months. 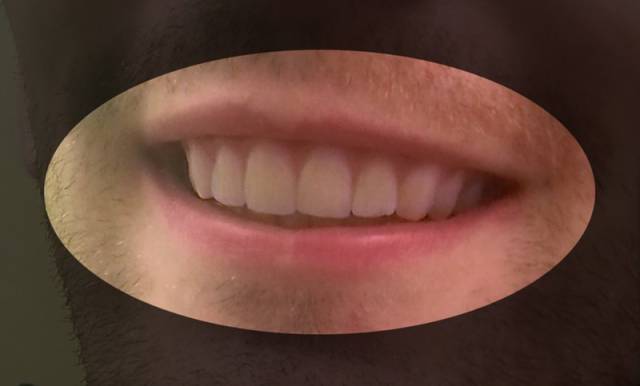