Turns Out, There Were Quite A Few Famous UFO Sightings In History (15 pics)

It isn’t hard to believe that the incident at Roswell, New Mexico of 1947 is perhaps of the most well-known in the world of unidentified flying objects. Conspiracy theorists all over the country were convinced that an alien spacecraft was in fact captured by the U.S. Military. The government, however, is adamant that the ‘U.F.O.’ that crash landed at Roswell that evening was actually a surveillance device. 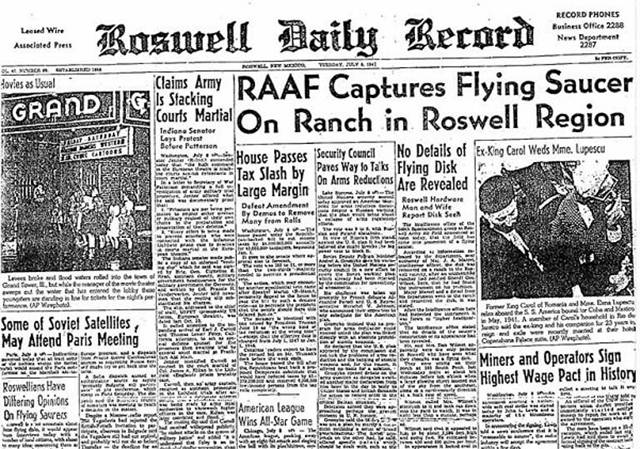 The case of Kenneth Arnold, Washington, 1947

The term ‘flying saucer’ was coined after Kenneth Arnold told the media that he was certain he had seen 9 saucers in the sky flying around as if held together by a rope. The incident was said to have taken place in the dark skies above Mount Rainier, Washington. 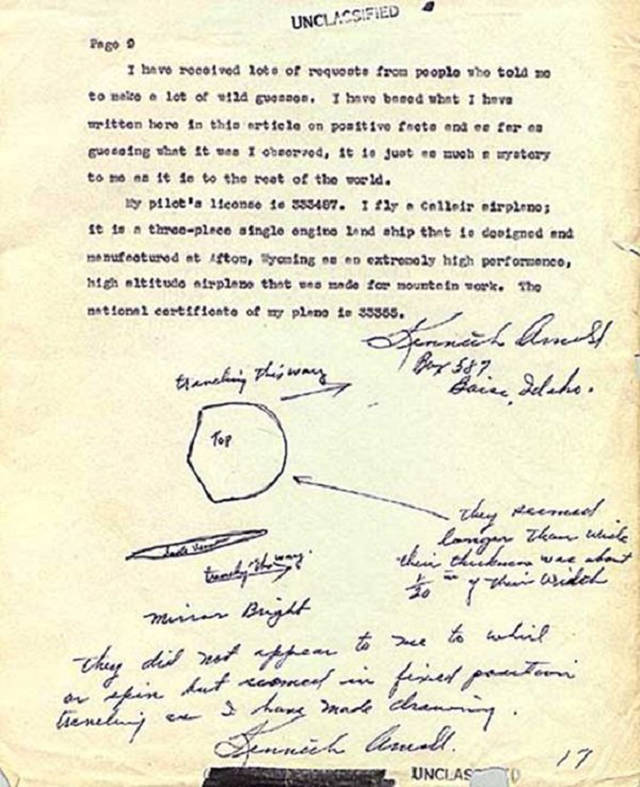 The sightings of Washington, DC, 1952

Reports of U.F.O’s sparked the founding of The Robertson Panel of the C.I.A. Not only were there several reports of mysterious objects floating above Washington, there were odd changes in radar signals at 3 different airports. There were very real fears of an oncoming invasion of aliens, however, the U.S. Air Force attempted to calm the storm by suggesting that changes in temperature were to blame for the odd radar signals. 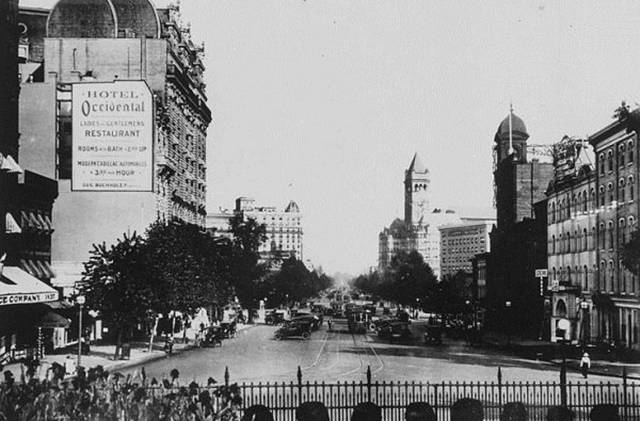 An abduction in New Hampshire, 1961

Betty and Barney Hill claimed to have been followed and abducted by a U.F.O. while they were driving home on a dark Portsmouth night in 1961.The couple described the abduction as quite ‘intimate’ and that they were examined by the creatures onboard. What is even more startling is that even when under hypnosis and interviewed separately, their stories did not change. 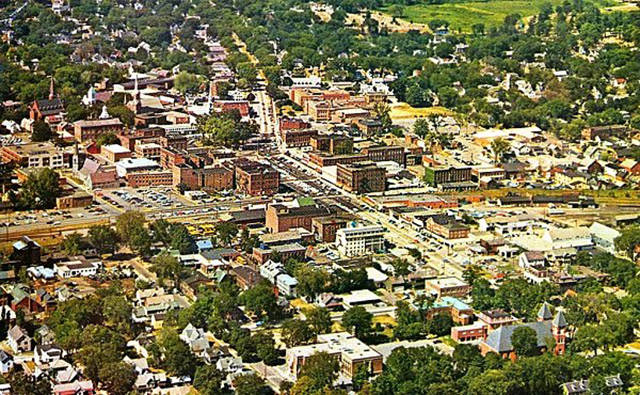 The lights in the forest, Rendlesham Forest, 1980

In 1980, the Rendlesham Forest was the scene of one of the most famous U.F.O reports out of the United Kingdom. Several bright and mysterious lights lit up the deep forest near R.A.F. bases along the Suffolk Coast, but, the only real witnesses of the event were on-duty servicemen. Despite authorities assuring the public that the lights were nothing out of the ordinary, the public was convinced that the lights came from a U.F.O. 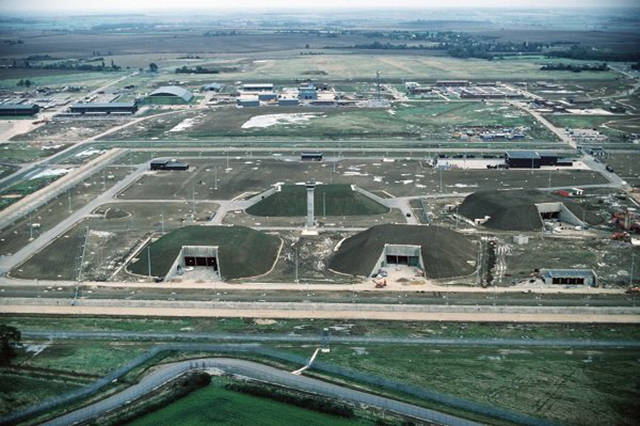 Clyde W Tombaugh was by no means someone who was looking to gain any fame out of a bogus report of aliens in the sky. Clyde was a man who had claimed to have seen no less than 8 rectangles of light soar across the sky over Las Cruses, New Mexico in 1949. He also claimed to have witnessed balls of green fire zip above him on another occasion. Why was his opinion more heavily respected than anyone else’s? Clyde was a highly respected astronomer who had discovered Pluto. 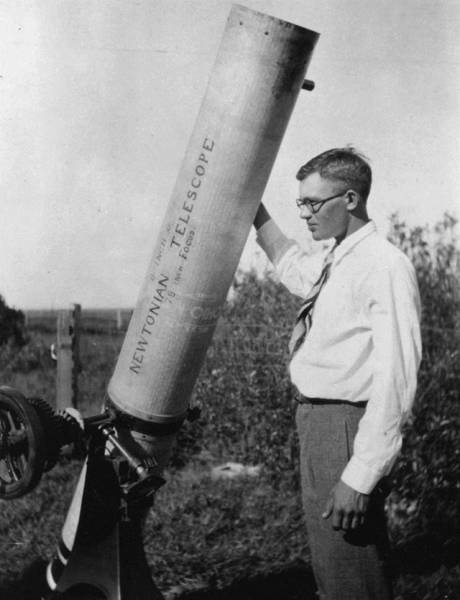 The stalled cars of Levelland, Texas, 1957

Drivers along the streets of Levelland were in sheer shock when their cars had completely stalled when a large glowing egg in the sky had passed them. Once the egg had gone out of sight, their cars had started again. However, authorities had declared that it was an electrical storm that had caused these mysterious events. 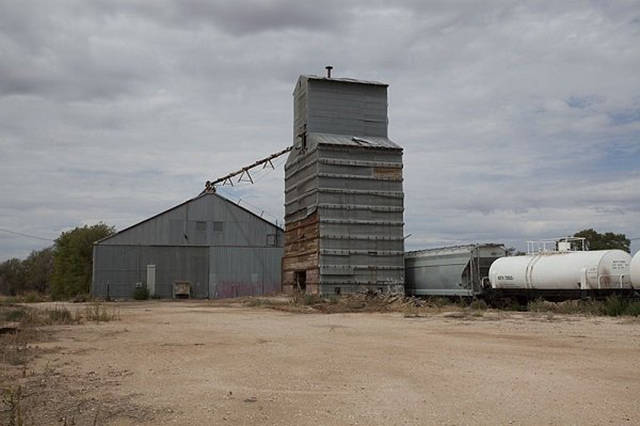 Several hundred students and faculty members claimed to have witnessed a massive flying object that had slowly descended into a grassy field before once again rising and flying over some houses in suburban Australia. Skeptics believe that what the witnesses had seen was really an experimental aircraft. 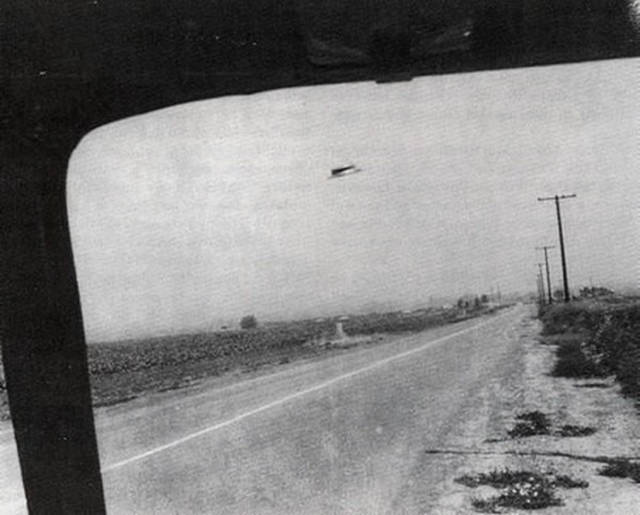 In 1947, a sailor by the name of Harold Dahl claimed to have witnessed 6 bright lights in the sky above him. Upon sharing his story to the authorities, he was approached by a man in a black suit who had advised him against telling his story to anyone else. There were even threats against his family. 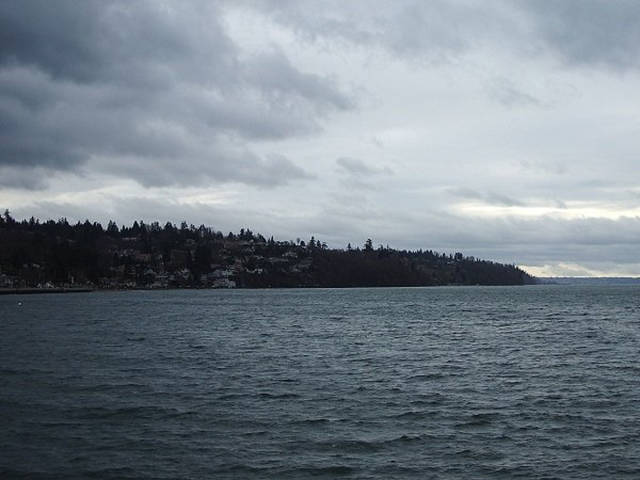 Shag Harbor, Nova Scotia, was the scene where a mysterious object crashed into the water out of the sky. An investigation was begun but had been left unsolved after the Canadian Department of National Defence could not figure out just what it was that fell out of the sky and caused such a large splash. 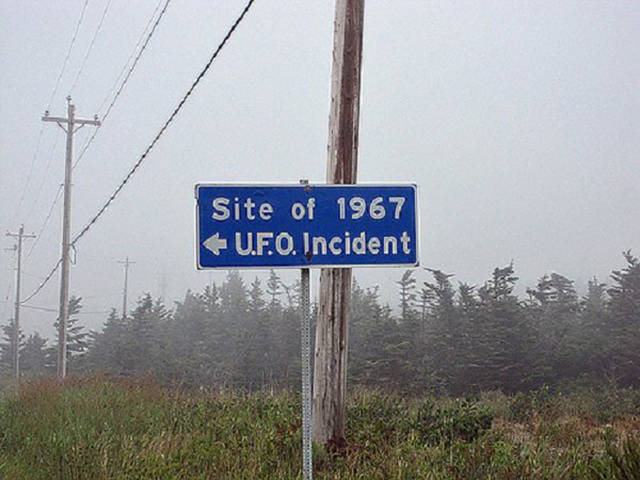 Officer Lonnie Zamora was on duty when he witnessed what would go on to be one of the most detailed alien encounters in history. After seeing a massive blue flame soar across the sky accompanied by an incredibly loud noise, he went to investigate. It didn’t take long before he had gotten close enough to see that there was a giant silver disc that was manned by two human-like creatures that were completely dressed in white. After they noticed him, they had disappeared as quickly as they had arrived. 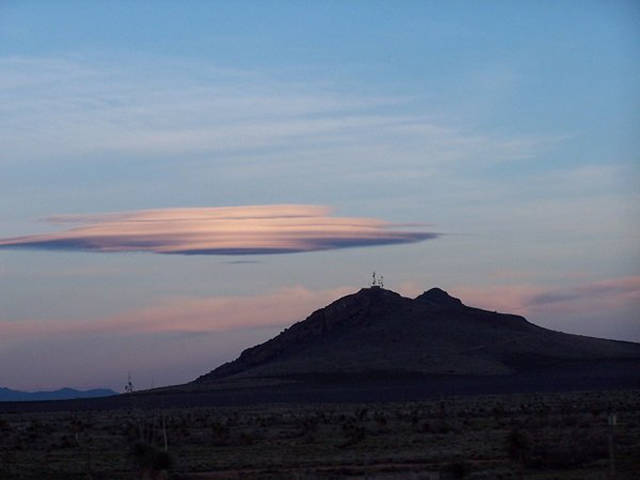 While flying over the Carson Desert in in a North American B-25 Mitchell bomber back in 1952, two senior pilots of the military had witnessed something eerily spectacular. They claimed to have seen 3 unknown aircraft zip passed them in speeds nearly 3 times as fast as they could go. The incident was investigated, and the case has still yet to have been explained. 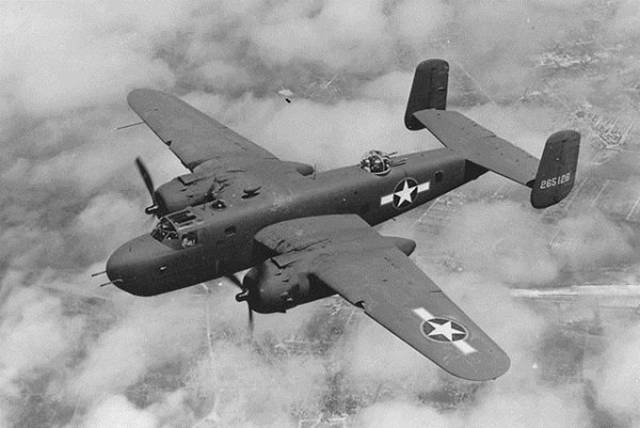 When 20 unknown objects showed up in the skies over São Paulo, military aircraft were sent in to see what was going on. However, as they neared these objects, they slowly started to disappear, leaving people confused and worried. One theory is that the objects were actually ejected from the Russian Space Station above that were seen as bright lights upon re-entering the atmosphere of the earth. 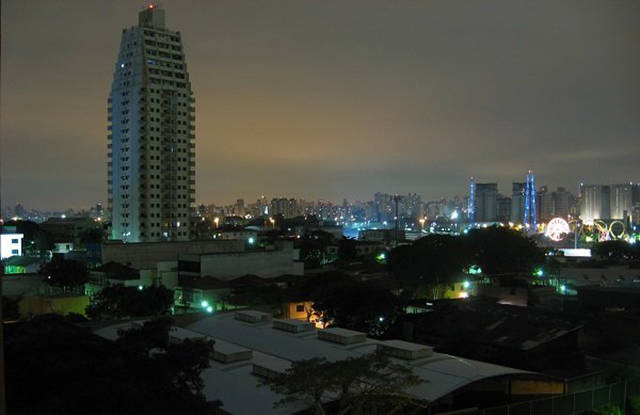 Several professors from Texas Technical College had witnessed a stunning array of about 20 lights flying over Lubbock, Texas in a strange ‘V-formation’ in 1951. The strange occurrence has yet to have been explained, and to this day people still wonder just what it was that had lit up the Texan sky that evening. 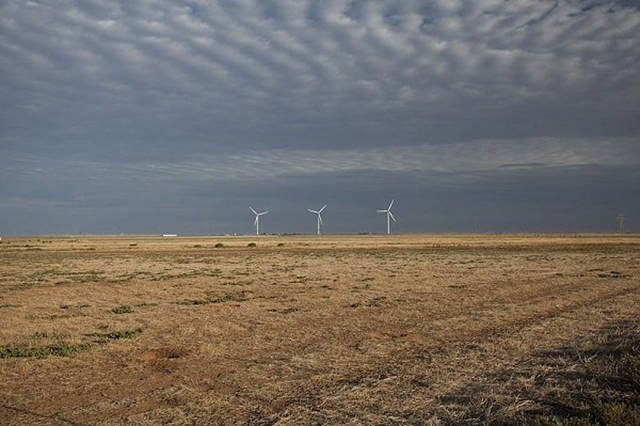 Nearly 14,000 people in Belgium had witnessed massive, silent black triangles hover over the country in 1990. There were thousands of written reports about them, but the authorities had assured everyone that what they were seeing were just helicopters. 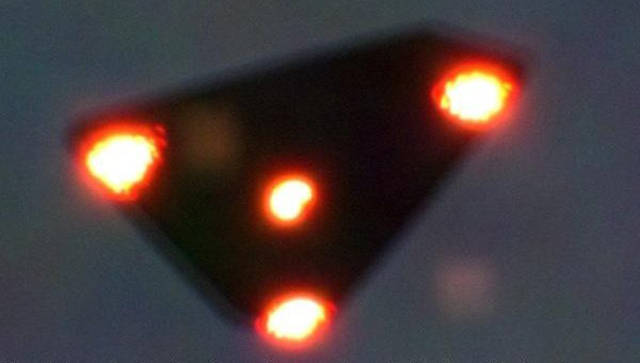 Chickenthief 5 year s ago
Cameras are the best UFO repellent!

Everyone has a damn good camera with them at all times and noone has seen an UFO for years.
Reply