Be Careful When You Trust A Construction Crew… (5 pics)

So I made the dumbest mistake I could make: I left my apartment. This is the picture I took about 5 days prior, June 19th. It shows my shelf the way I left it before I left my apartment, I don't really touch the game wall because I have no reason to. I'm more of a collector than an active gamer, and once I finished something, I put it in my shelf for it to look good. I want to point out the Majoras Mask 3DS, which is worth around 300-500€."

I left my apartment on Saturday at 12:40 pm because all the construction noise was getting on my nerves.

I briefly returned the next day, Sunday, to get some things, when I noticed something weird about my shelf. Something was missing. I was joking around with my boyfriend that they'll probably rob me, I didn't actually believe they would.

They handpicked a single game from my collection, probably thinking I wouldn't notice it. They targeted GTAV before, because they swapped places with REZ Infinite - too bad for them that it was an empty box. But Call of Duty: Black Ops 3 seemed to do the job just fine, given it was still wrapped and unopened since I bought it.

Then something big hit me: My limited edition Majoras Mask 3DS was gone as well. This really pissed me off, because I was really proud of it. I love Majoras Mask and the day they announced the remake I tried to get ahold of all the special editions I could find, so getting the N3DS MM3D Edition was a really fucking big deal for me - now it's gone. Along with about 8-10 3DS und DS cards, which I just put into my shelf because I was too lazy to put them back into their boxes. Mario 3D Land, Mario Kart 7, Ocarina of Time 3D, Majoras Mask 3D, Xenoblade Chronicles, Animal Crossing, Pokemon Y and Moon - everything is gone." 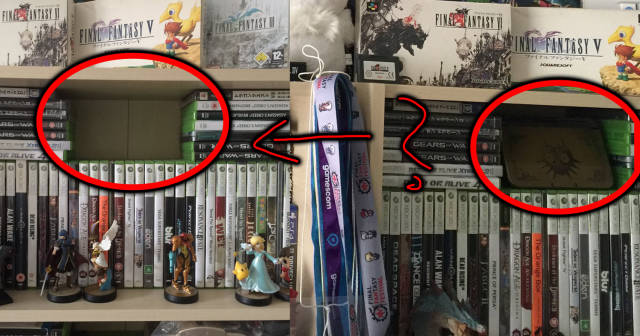 When I went into my bathroom, I was completely dumbfounded by how they left it. I know construction can get messy, but what is this?! It looks like someone had the worst diarrhea and just sprayed it everywhere, but thank God it was just construction mud. I have no idea what the hell they did in here, but I guess they just emptied their buckets and had the worst aim ever.

Not only did they completely miss my toilet and my shower, they actually clogged the toilet with weird construction-garbage that foamed like crazy. I tried to flush, but it backed up and over-flowed all over the place. Glad I own a plunger! 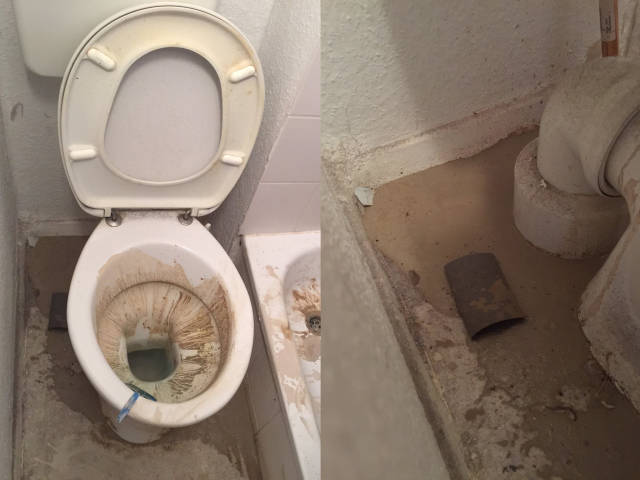 By being really shitty with their aiming they messed up my Playstation towel. As an added bonus they somehow managed to get the mud all over my bed sheets and ruined them as well.

I already notified my landlord and the company's boss, my landlord has been pretty unhelpful so far and the boss just accused me of being a liar.

While I have no proof of the workers actually being thieves, my bathroom pictures should speak for themselves. I also find it incredibly rude to mess up my belongings and just leave the apartment - I didn't even get an apology or a note or anything.

And I don't move things on my shelf unless it's really needed, because I use it as the backdrop for my videos, so fucking around with it all the time is just annoying. I really hate making trouble, but I'm extremely annoyed that I now have to deal with all of this shit. Especially because I'll be moving out of this apartment in 30 days.

This whole situation really sucks and I lost about 800€ - 900€ worth of stuff. Law enforcement has been notified, but I doubt anything will come out of this. Guess I'll have to just accept the loss and move on and be more careful in the future. 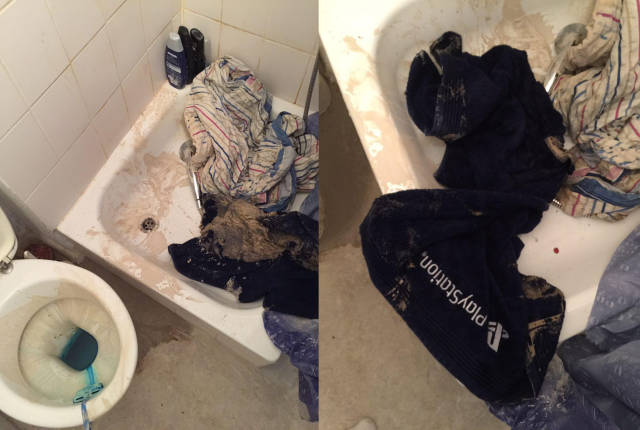 salamoon 4 year s ago
so you left apartment unnoticed... because construction noise was getting on you nerves.... and believed totally strange people.