Here How You Can Describe America Using Only Maps (18 pics)

Much of America's population lives in dense urban counties. 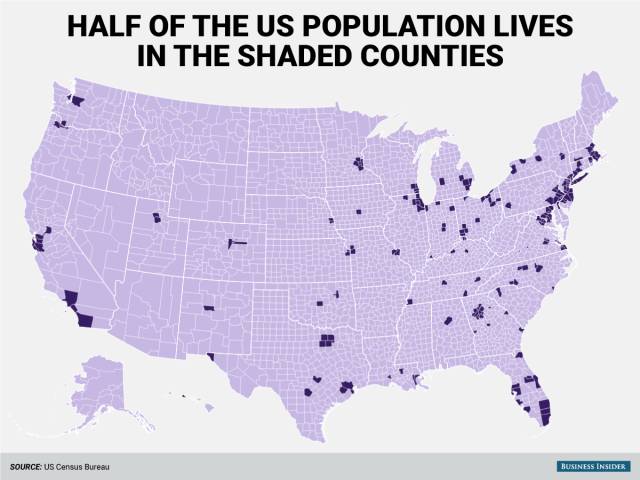 Here's how much each county grew or shrank between 2015 and 2016. The next three maps break down the components of those population changes. 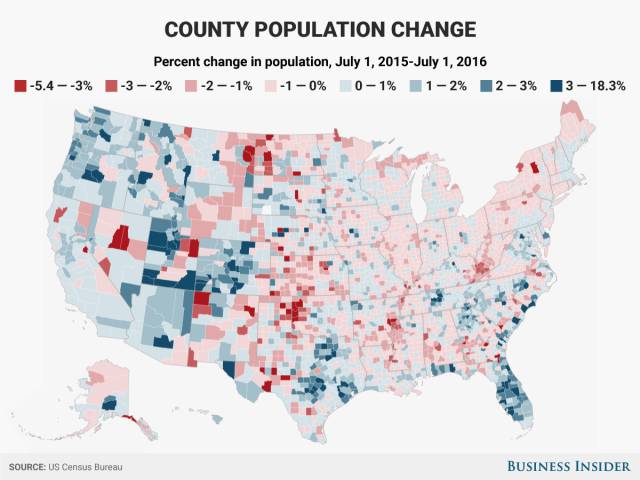 America's population is growing. This map shows the difference between births and deaths in each county between 2015 and 2016. 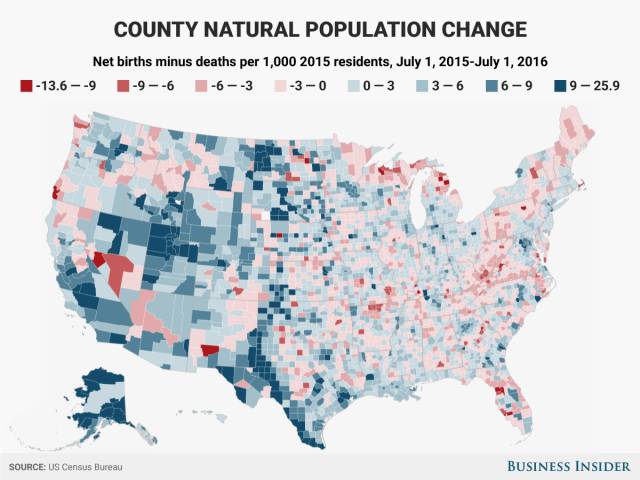 America is a country of immigrants. This map shows the counties that had the highest rate of people moving in from other countries between 2015 and 2016. 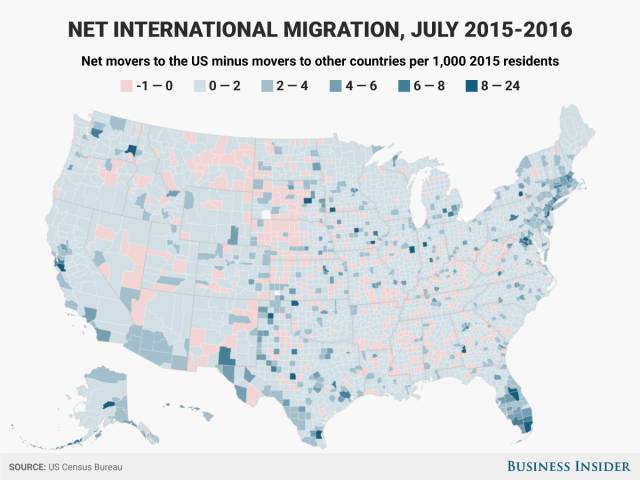 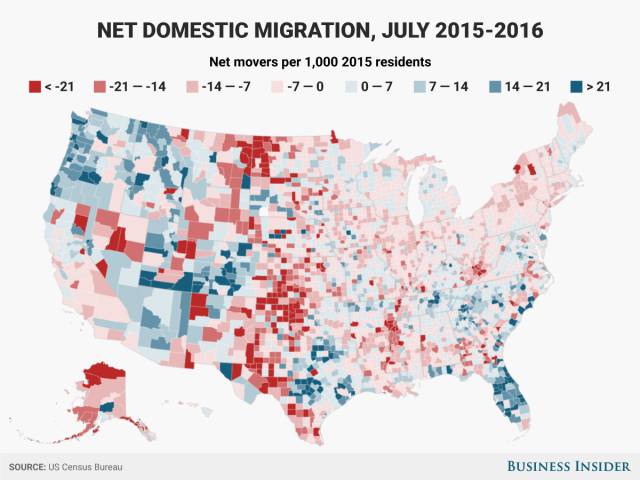 Many of America's large cities are growing quickly. This map shows cities with at least 50,000 residents that had the largest percent growth in each state. 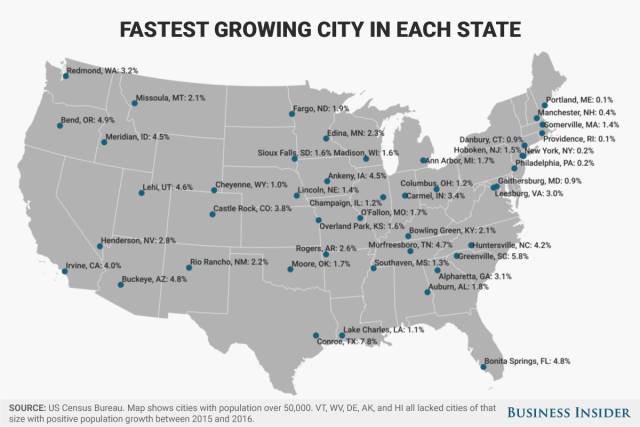 There are often geographic trends in the names of newly born babies. Among girls born in 2016, Ava was particularly popular in the Southeast. 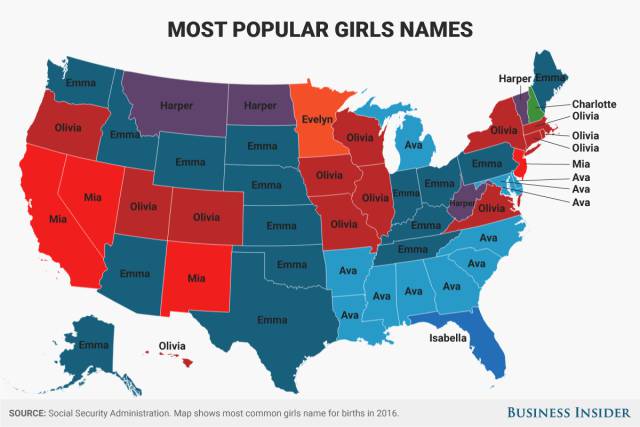 William was a very common name for boys in 2016 in the Southeast and in Appalachia. 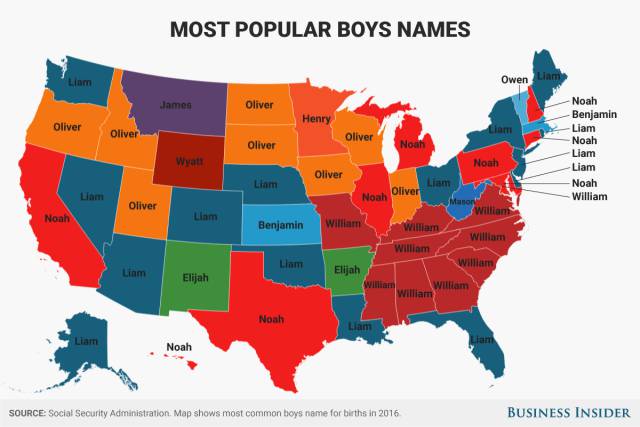 A recent Census Bureau report showed that millennials were more likely to live with their parents in the heavily urban states of New York, New Jersey, and Connecticut. 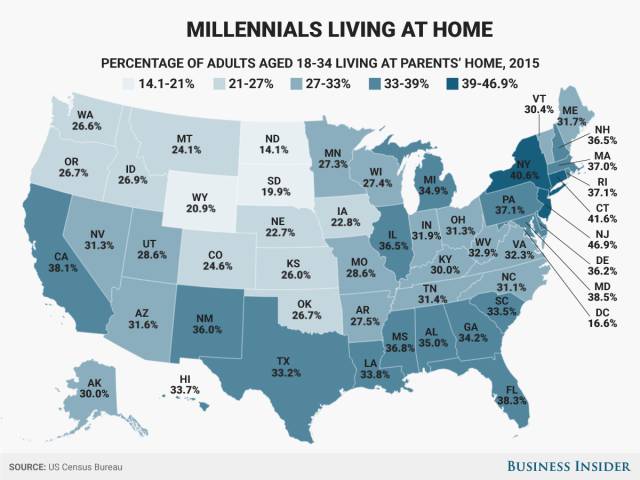 Some jobs are more common in certain states than others. This map shows jobs that are more popular in each state than in the country as a whole. 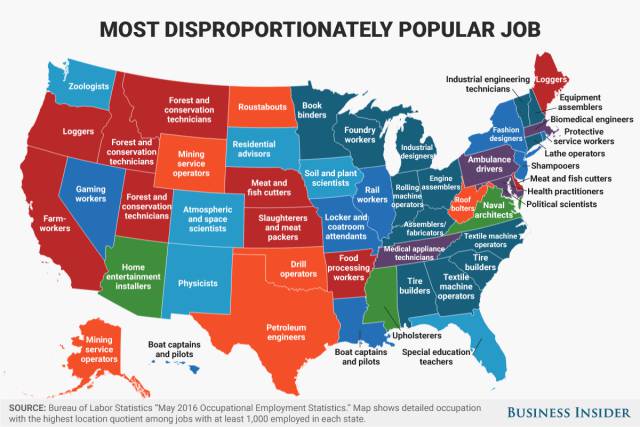 Here's the biggest Fortune 1000 company headquartered in each state. 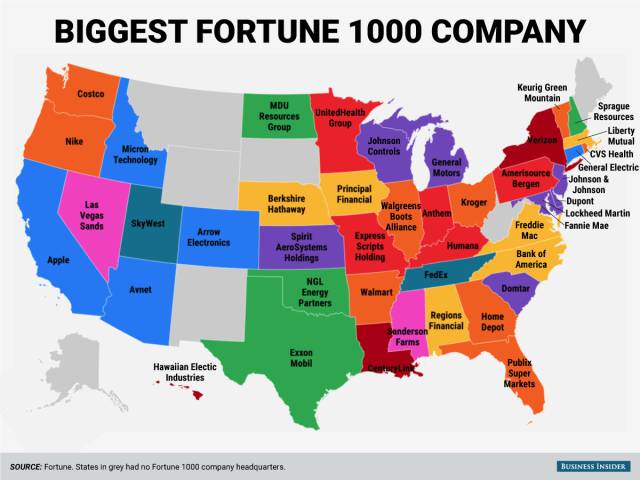 Trade is important to the US economy. Here's the biggest imported good by dollar value in each state. 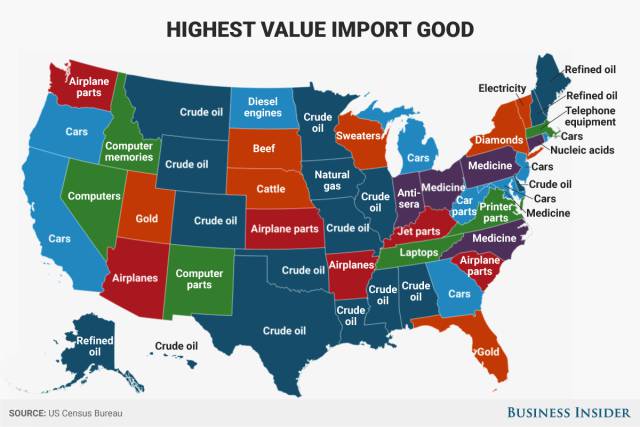 And here's the biggest exported good in each state. 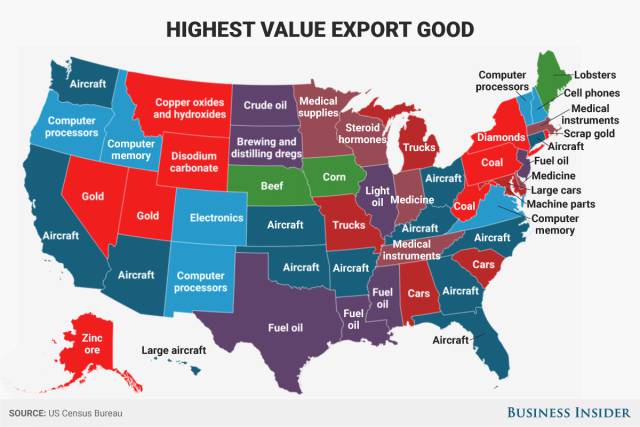 Those goods are traded with a variety of different countries. Canada is the biggest goods export partner for most states, while states that border Mexico have that country as their biggest trading partner. 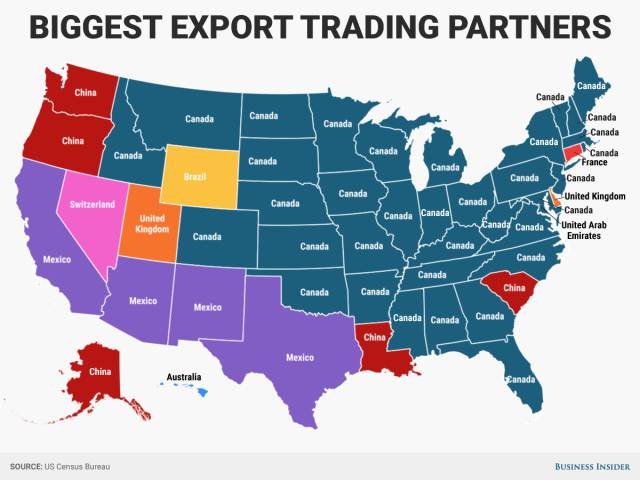 Meanwhile, China is the biggest goods import partner for most states. 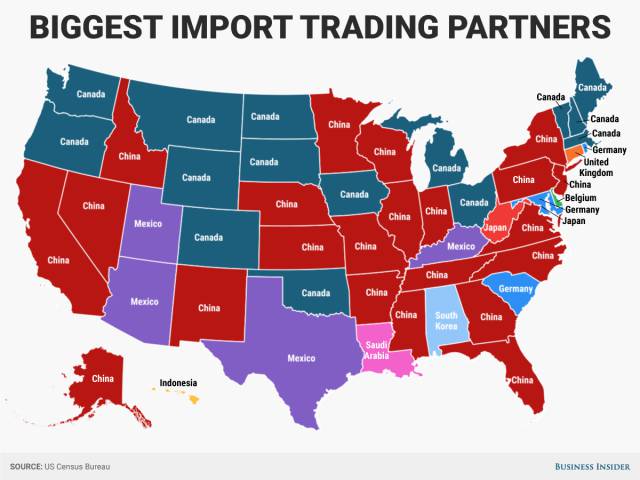 Income inequality exists in each state, but it's worse in some states than others. 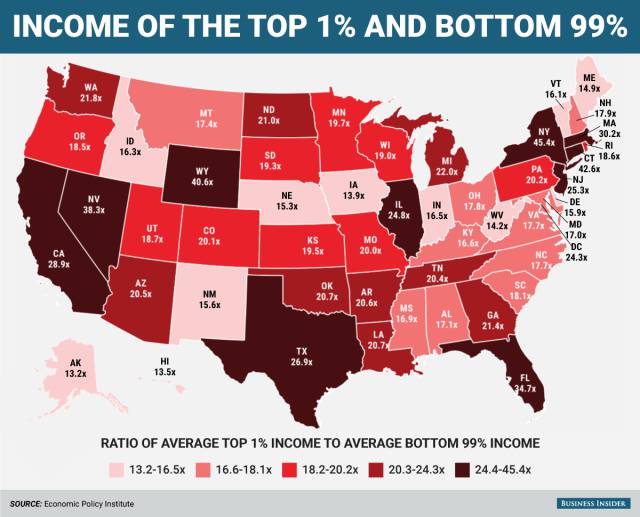 Educational inequality also exists. Many counties in the South have much lower high-school graduation rates than Northern counties. 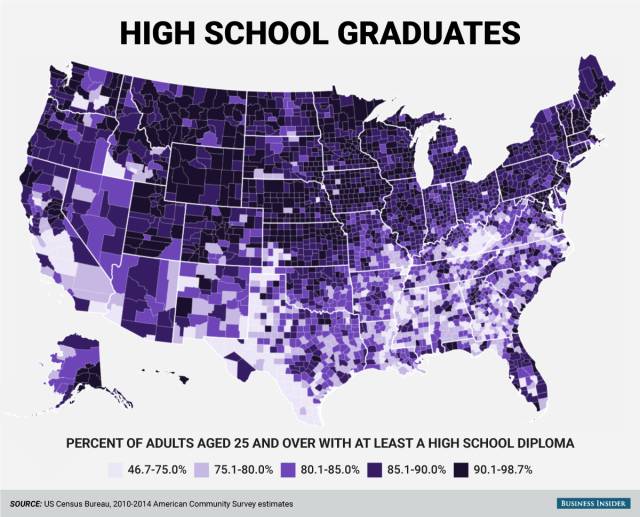 The federal government owns a huge amount of land in the US, particularly in the mountain west. 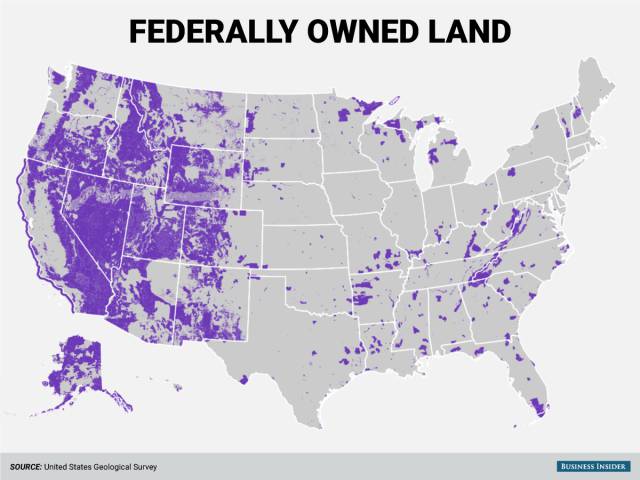