Burger Grilling Tips Is What Every BBQ Needs (12 PICS)

Pat LaFrieda warns customers to avoid using frozen or bad meat. “If meat has gone bad, the tell-tale sign is if it has a bad smell to it; meat of any variety should have almost no odor at all.” 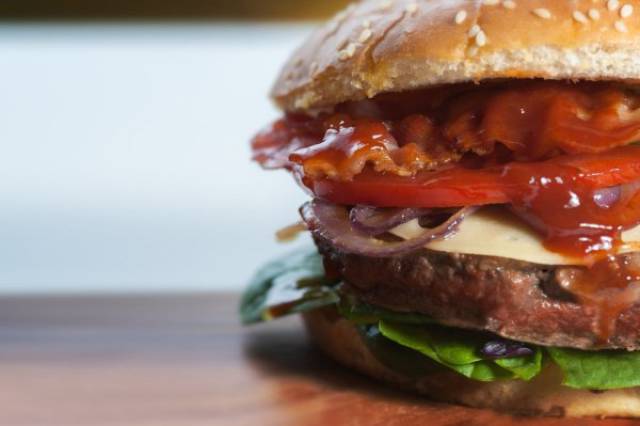 To avoid the all too common “hockey puck patty” avoid leaner cuts of meat like ground chuck. Try and buy meat with higher a fat ratio. “The perfect burger is crazy juicy to the point where it drips down your arm,” chef Jose Enrique told INSIDER. “For that, I use ground chuck or meat that is 25%-35% fat, and I’m guaranteed that messy, fatty burger.” 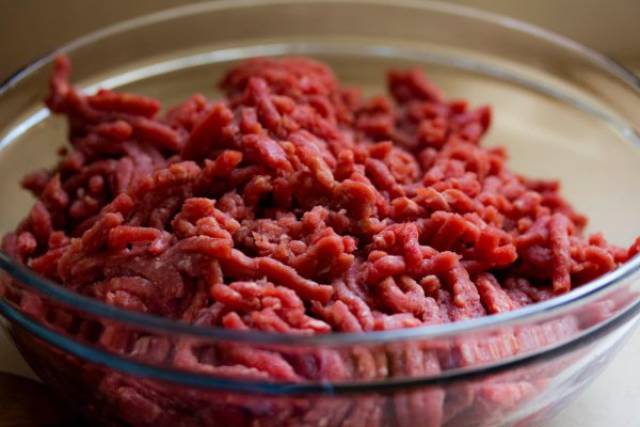 Try not to over-season your burgers. Chef Josh Capon (Lure Fishbar, El Toro Blanco in New York City), warns: “Don’t over season the meat… it’s not meatloaf!” Executive chef of The NoMad Truck, Ashley Abodeely adds: “Make sure you evenly season the meat. If you do it haphazardly, you might get some tasteless bits and some over salty sections.” 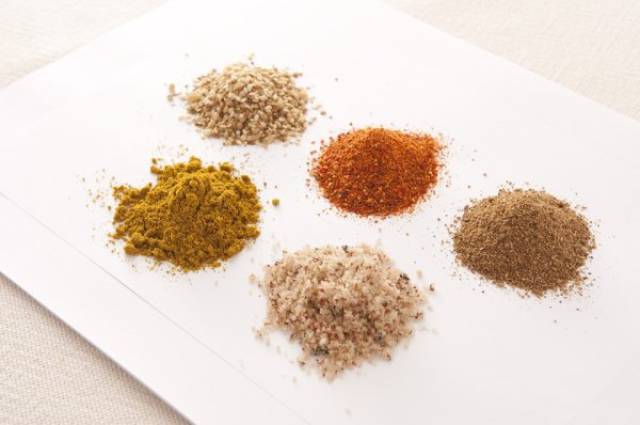 “A really clean grill is an underrated part of grilling,” Alex Guarnaschelli (“Chopped,” executive chef at Butter) says. “While it is not glamorous to meticulously clean the grill before heating and cooking on it, it is critical so the meat doesn’t stick or get any other food on it as it cooks.” 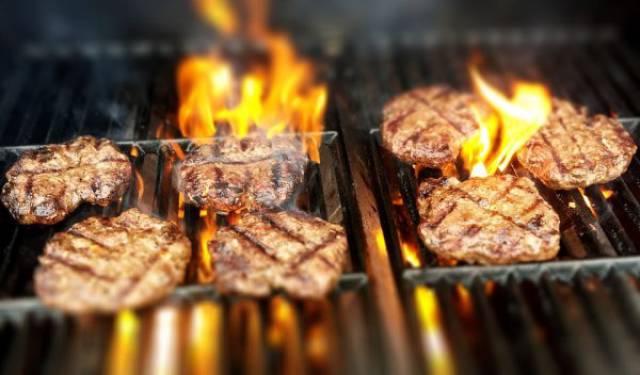 It’s important to let your meat to temper before cooking. Never put meat straight from the fridge on the grill. It’s recommended to temper your burgers about 20 to 30 before grilling. On the other hand, do not temper really thin patties. 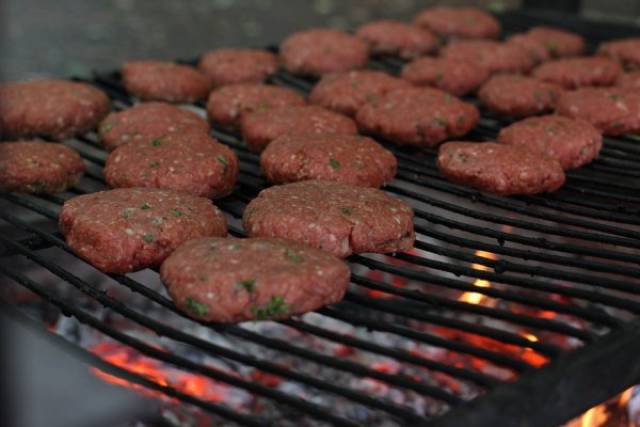 “It’s easy to load up a big batch of burgers and try to get it done fast. This can prevent the meat from getting a nice char and from cooking evenly. Do it in smaller batches and enjoy the process!” – Alex Guarnaschelli 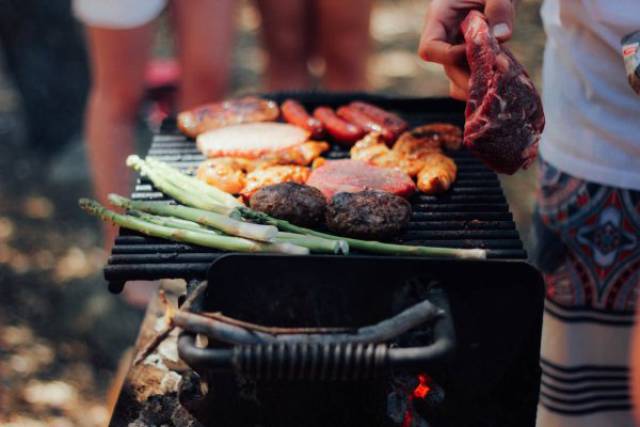 A lot of home chefs use the “low and slow” method but chef Ari Bokovza (Claudette in New York City) recommends using higher heat: “Make sure to get your grill nice and hot to avoid sticking.” 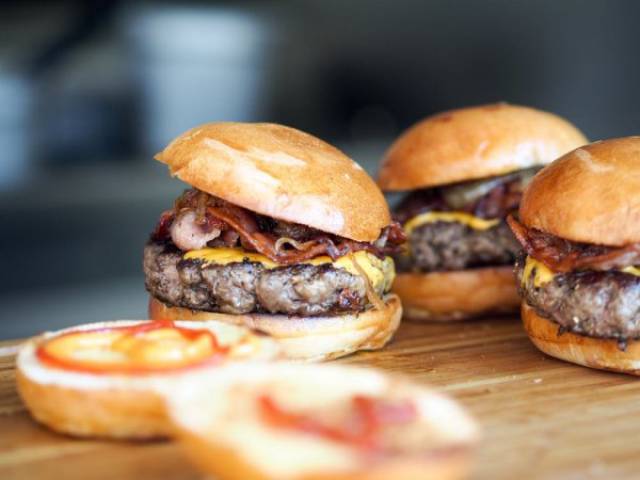 “Sear over very high heat then reduce the direct heat to allow for extended cook times. On a charcoal grill, allocate 1/3 of it to be free of coals; on a gas grill, be prepared to reduce the heat of your burners once you have the desired char, or, if you have a large gas grill, set one of your burners to low from the start. Cooking over the hottest part of the grill too long will over char and even burn your burger on the outside, and leave you with a disappointing raw center,” said Dan Huebschmann of Gibsons Restaurant Group in Chicago. 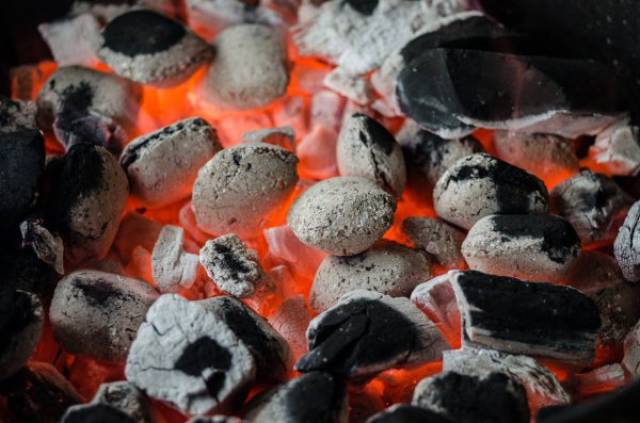 I know it can be tempting to push down your burgers but Robert Irvine (“Restaurant: Impossible”) suggests: “Don’t push the meat down on the grill; let it do its own thing. Don’t try to pick it up too early. When the edges of the burger turn a different color brown and you try to lift it, if it comes off easy, it means the food is ready to be turned. If it doesn’t, leave it until it does.” 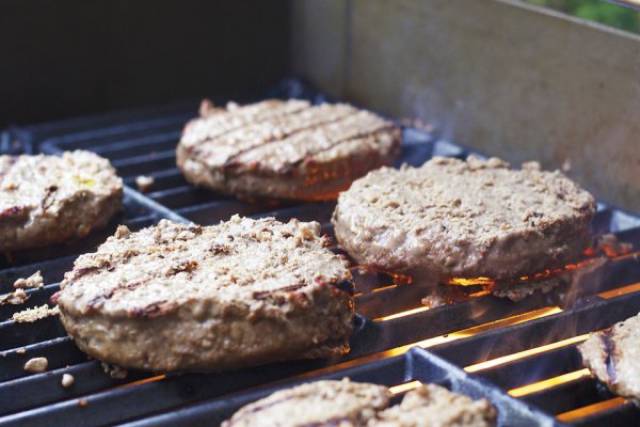 It might be a given but Chef Huebschmann recommends only using a spatula. You don’t need to burn your fingers or have the burgers fall apart. 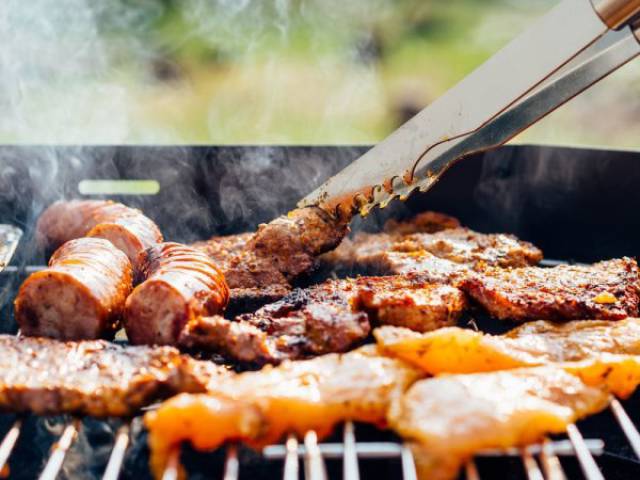 “I find that most people cannot resist the urge to continually touch the burger after they put it on the grill. Put it on and leave it alone! You should only have to flip it once. Don’t smash it and don’t touch it!” – Chef Eddie Allen, executive chef at Foxwoods Casino 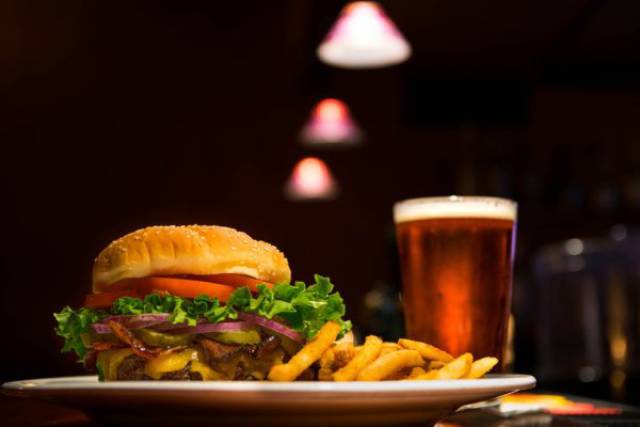 “Treat a big burger like a steak. Allow it to rest for half of the time it took to cook on the grill. This will ensure you have a juicy burger and that all of the juices don’t end up in your bun or on your plate,” said Chris Pandel. 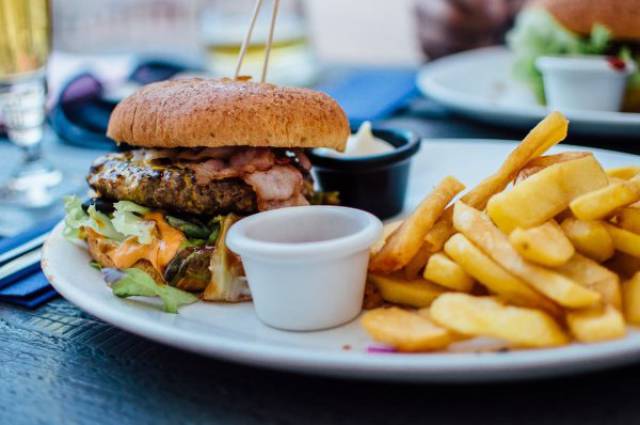