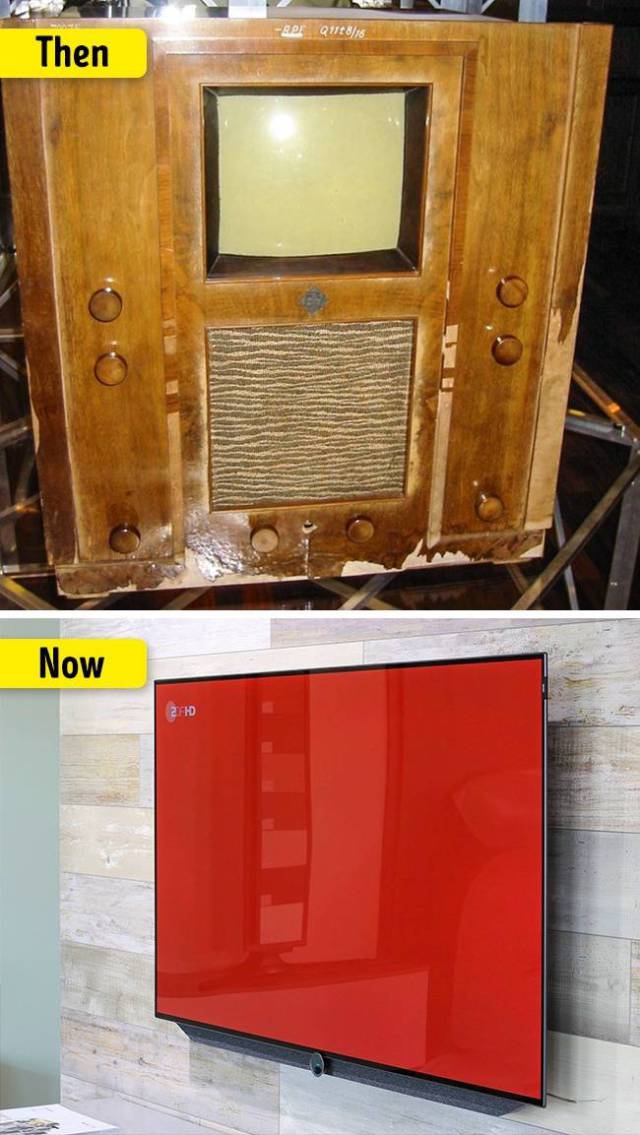 The first mass production of televisions was set up in Germany in 1934. A large wooden box with a tiny screen and fuzzy picture used to cost the buyer $445 (equivalent to nearly $7,000 today).

All of this is truly hard to believe, especially looking at the incredibly slim plasma TV sets with huge screens that can now be bought at any electronics store. 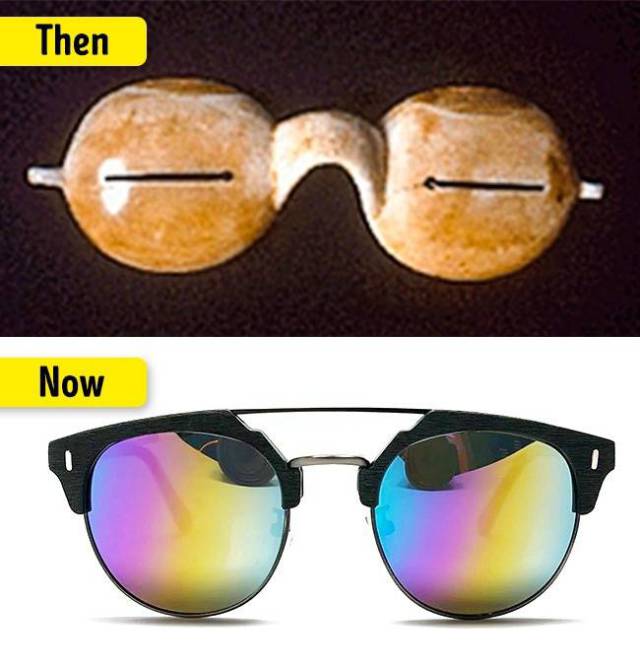 The first sunglasses were meant to protect you not from the sun but from so-called "snow blindness." Residents of the Far North used to make them entirely of wood, bone, or other nontransparent material, leaving narrow slits for the eyes: this helped to preserve one’s vision when snow surfaces became blindingly reflective.

These days, sunglasses are not just a means of protecting eyesight but also a fashion accessory with a wide range of styles. 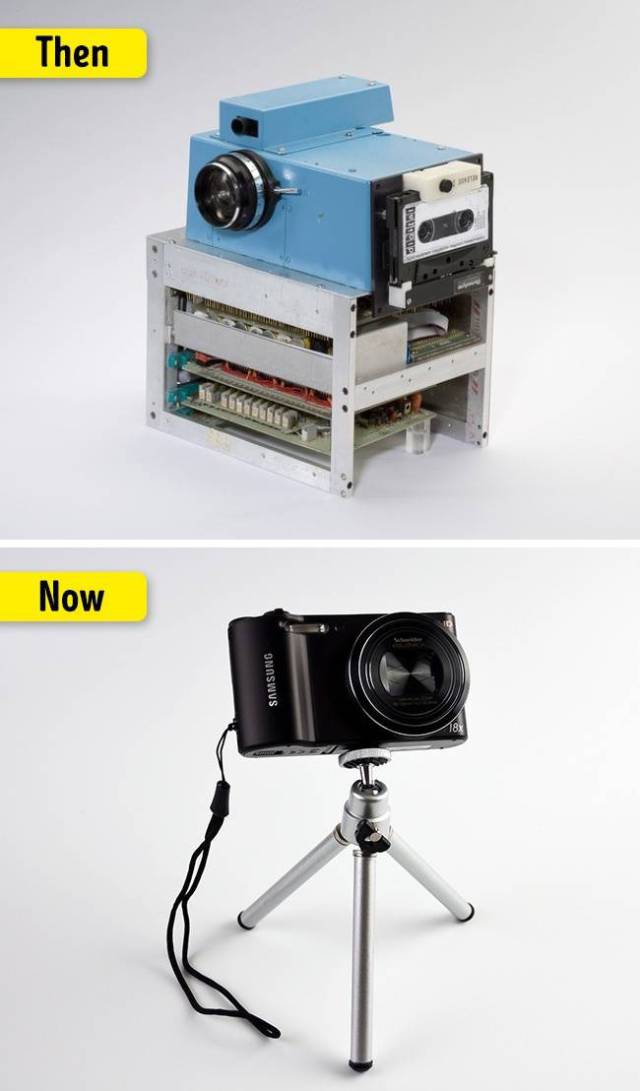 To capture a beautiful moment with digital clarity, we can simply press a button on our cell phone or reach for a small and versatile camera.

But, back in 1975, you would’ve had to use a device weighing 8 lbs, fitted with a cassette player. Incidentally, this first digital camera was powered by 16 batteries! 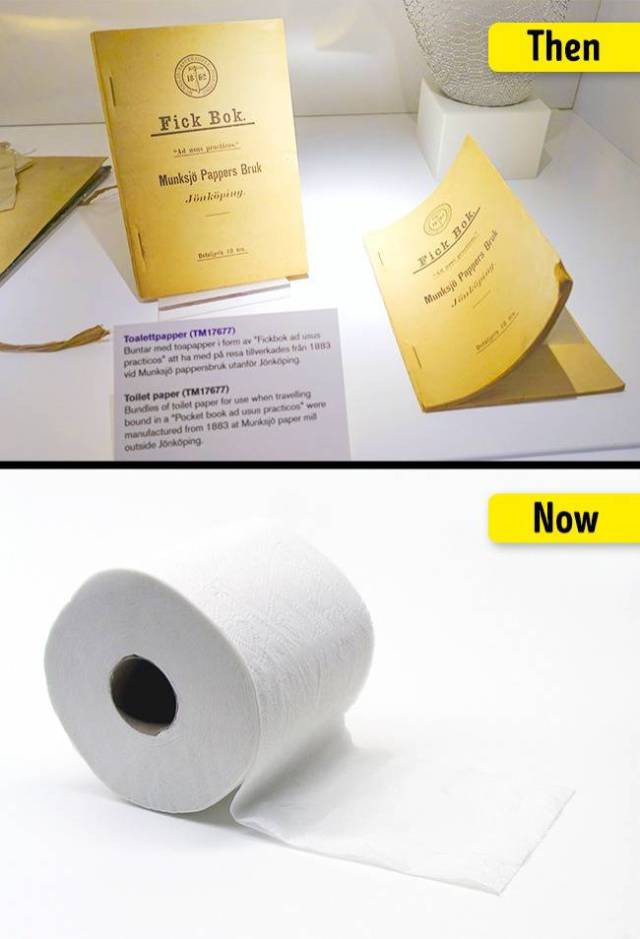 Paper first began to be used for sanitary and hygienic purposes in China, circa 589 AD. But toilet paper only started to be produced commercially in 1857 (back then, it used to be cut into squares and packed in bundles). As for the first toilet rolls that more or less resembled what we have now, they appeared in the 1880s in Britain. In those days, they were called "paper curlers."

The first washing machine was patented in 1851. It only vaguely resembled modern devices and had to be operated by means of a hand-crank. There also used to be some early contraptions that could wash 10-15 shirts at a time by harnessing the power of 10 mules!

It’s a good thing that we now need electricity to "feed" our washing machines — not hay! 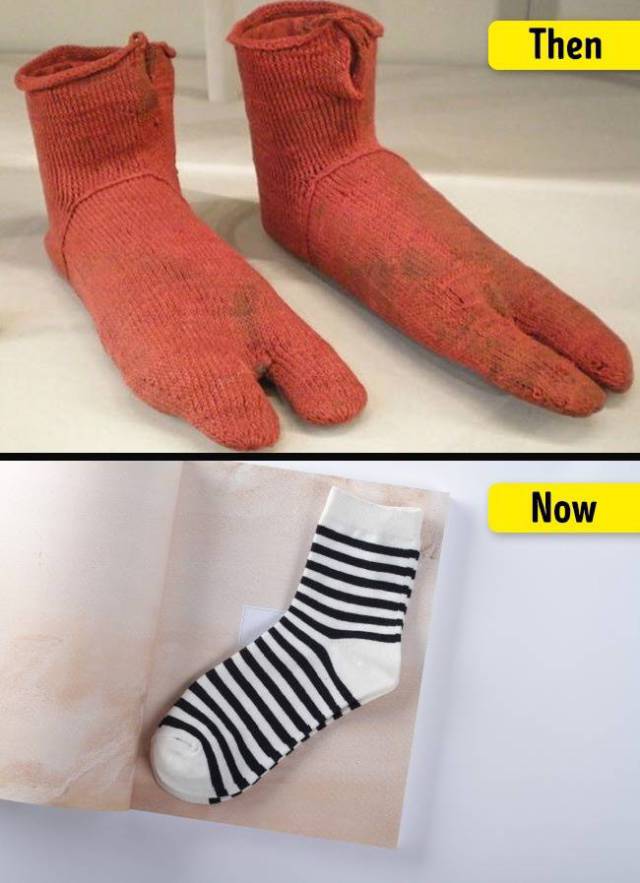 Socks first appeared in Egypt as far back as the 3rd century AD. The strange gap between the toes is explained by the fact that Ancient Egyptians used to wear their socks with sandals. Today it is difficult to imagine our life without this item of clothing. Or, indeed, to imagine someone using it in combination with sandals! 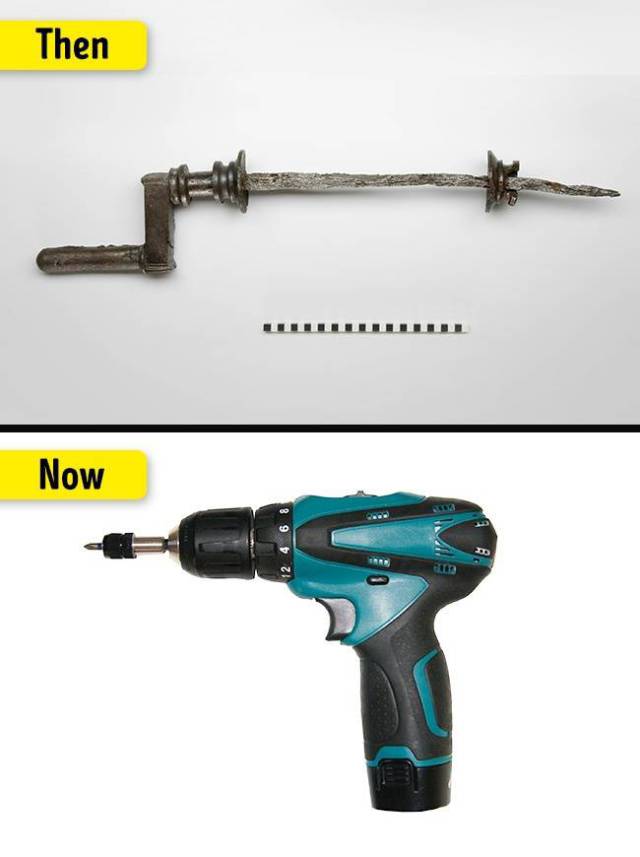 One press of a button and your work is done! This is how using a drill looks today. But long before the electric drill was invented in the mid-19th century, manual drills were in use in Ancient Rome. Undoubtedly, operating such tools involved considerable physical effort! 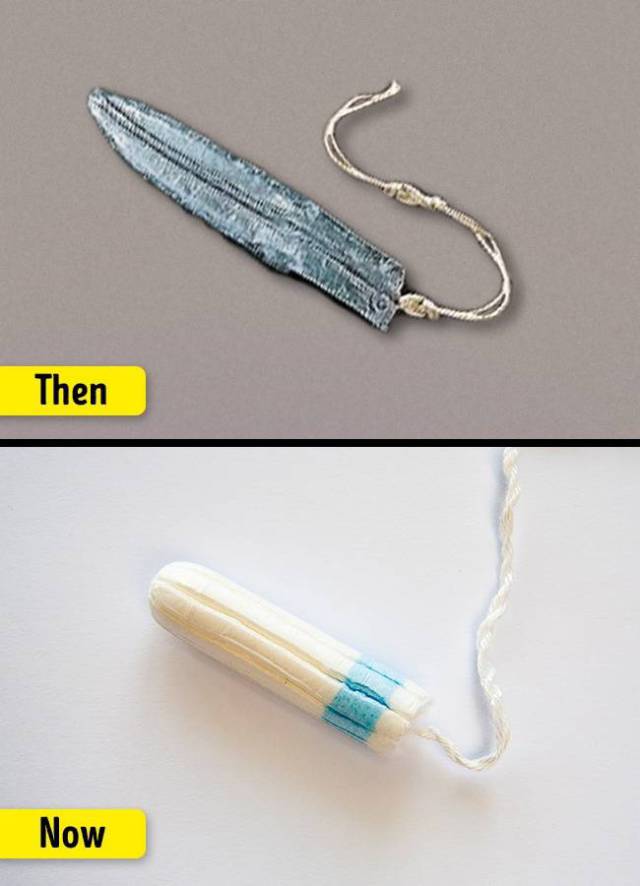 Women have been using tampons since ancient times, but those early variations were a far cry from the hygiene products found on store shelves today. In different cultures, tampons used to be made of papyrus, wool, paper, or fern and were often fastened in place with bandages.

Modern cotton tampons were only invented in the 1930s. 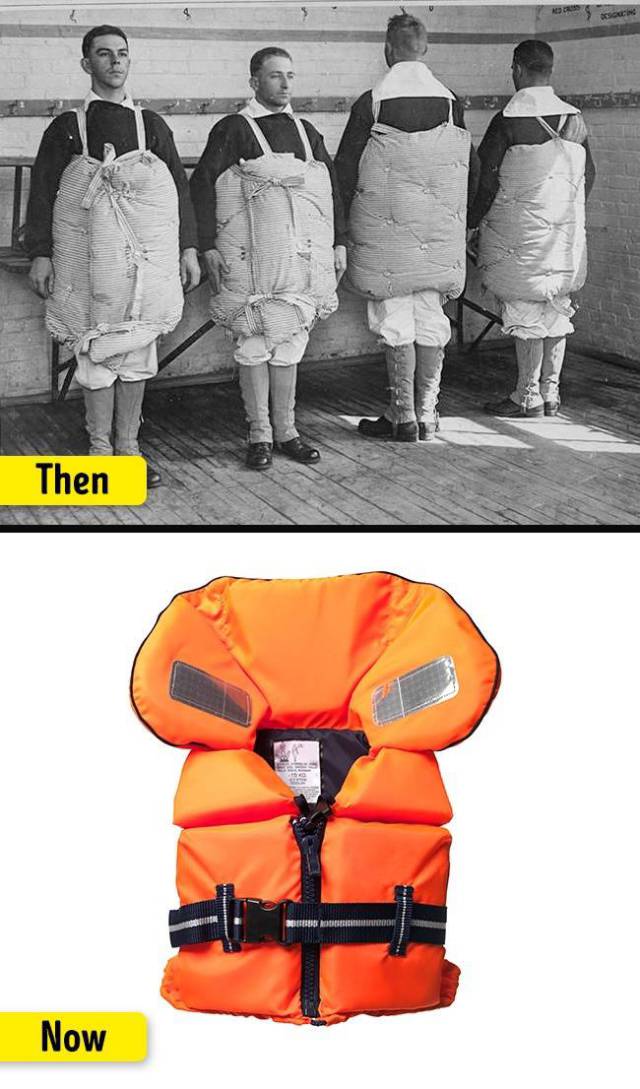 A life jacket is one of today’s most widely used types of individual rescue equipment in the world. But this was not always so. In the early 20th century, life jackets were hugely unpopular because they were thought to hinder movement. Looking at the photo, it’s easy to understand why!

The first mention of roller skates dates all the way back to 1743, but those contraptions hardly resemble the designs so popular today (in fact, they were almost impossible to use). And many of the later models didn’t present much of an improvement either.

The roller skates we use at present were only created in the late 1970s — to help hockey players train off the ice. 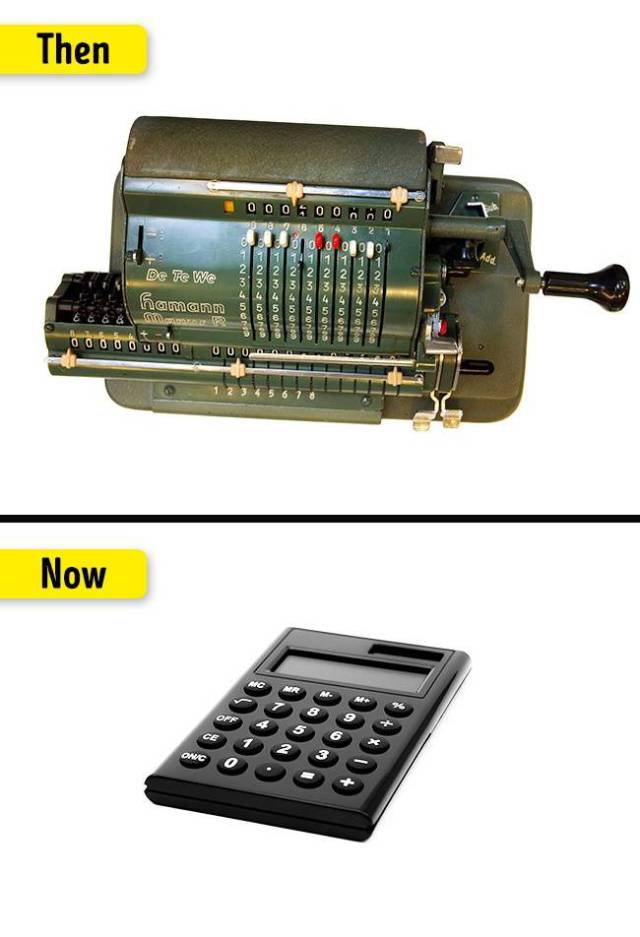 The first calculators (known as arithmometers) could only perform 4 functions: addition, subtraction, multiplication, and division. Besides, the quality of the calculations depended not on the device but on the accuracy of the person who performed them.

The calculators of today are much simpler to use, more functional, and, most importantly, much more compact! 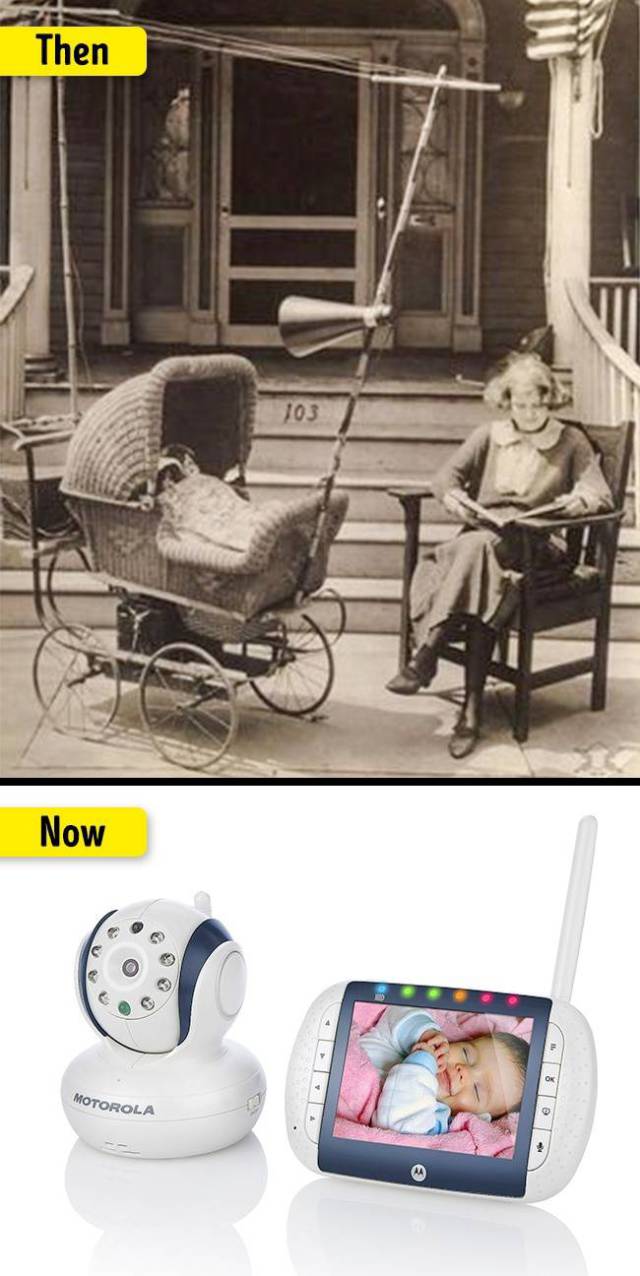 Today’s moms can feel at ease knowing that their babies are safe and sound — even when they happen to be in another room. All thanks to baby monitors, which now come not just in audio but in video format. Amazingly, a couple of centuries ago, rather more cumbersome (not to say frightening) devices used to serve the same purpose! 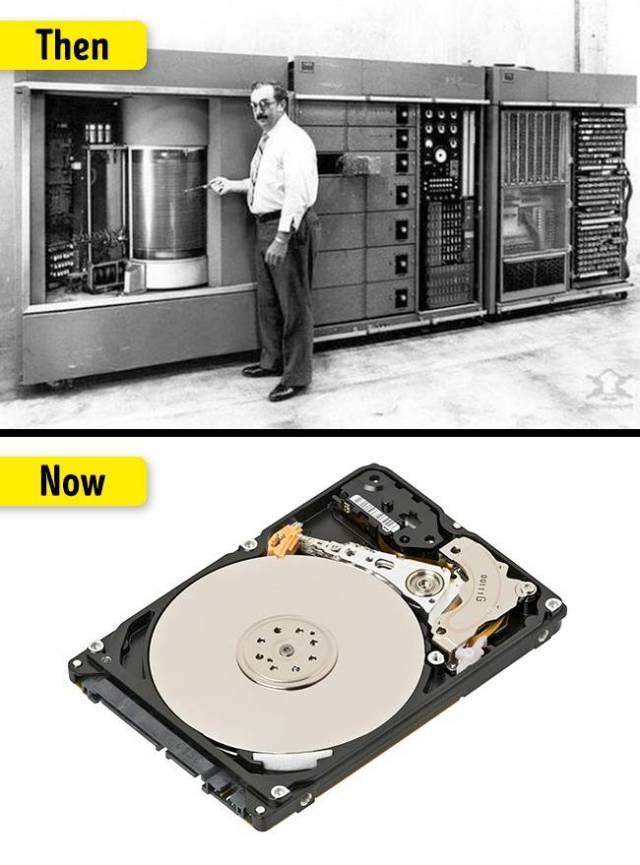 60 years ago, the first hard drive was presented to the public. It weighed over 14 lbs and had only 5 MB of memory. Today even the simplest cell phones, which weigh about a dozen ounces, can store 10 times more data!

birdman 4 year s ago
#11... Calculators.. correct on the first picture but really ? the second is 40 years out of date. you ever seen a smartphone?
Reply