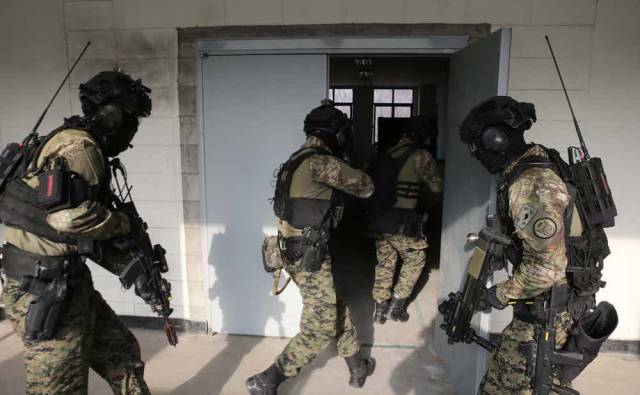 After the Munich Massacre, a few countries decided to build their own special forces. One of the countries that did so was South Korea. The government was somewhat forced to create their own elite group of soldiers because the 1988 Olympics was to be held on their soil. From this terror threat came the 707th Special Mission Battalion, known to many as the White Tiger.

The group comprises of about 200 men and women. The White Tiger is split up into 2 assault groups, 1 support group and 1 all-female group who are used for low-visibility missions. Members of the White Tiger are either applicants who applied or outstanding personnel who are handpicked by their officers.

These men and women are trained in the harshest conditions. They are even tasked with swimming in freezing temperatures without any thermal gear.