Take A Virtual Tour Around This Deserted City (22 pics)

Naypyidaw, a newly built capital of Burma, is a fantastic and modern city of about nine New York cities in size. Yet in terms of the population it just feels empty with less than a million inhabitants. 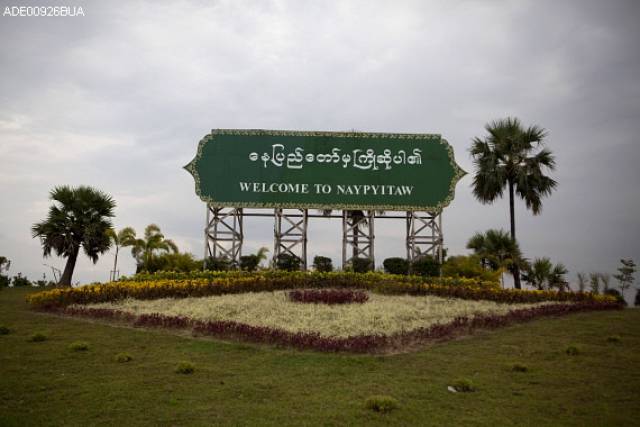 To try and understand this odd and uncomfortable situation, we go back to November 6, 2005 when the then military regime under Than Shwe "moved" the capital from Yangon, to Naypyidaw. The former, a culturally and historically significant, economic heart of the country, and the latter, a sterile, barren, ghost land 320 miles north. 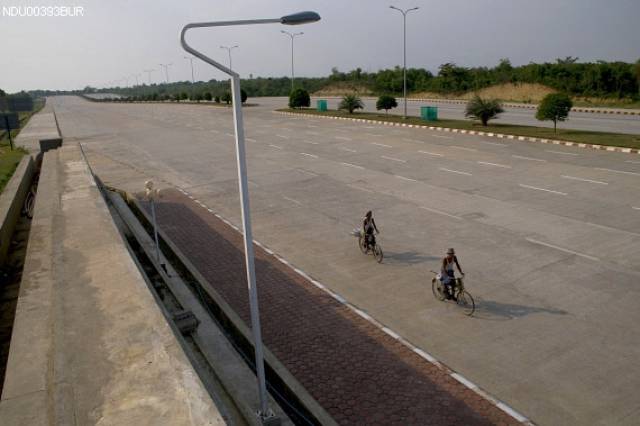 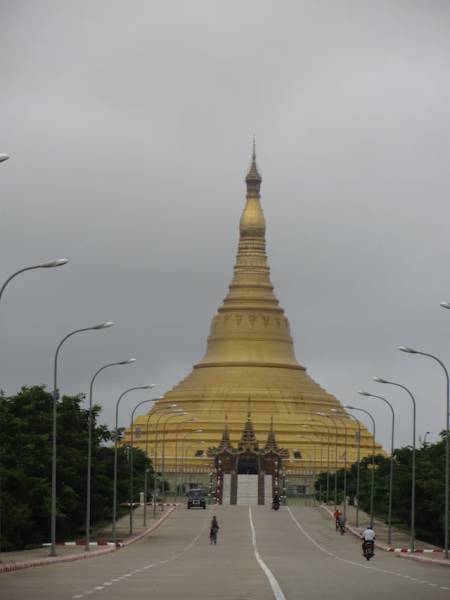 The people of Burma weren't offered an explanation but such an irrational and nonsensical decision is not entirely surprising coming from one of the most repressive regimes in the world.

Naypyidaw translates to "Seat of the King" or "Abode of Kings" and the time for it's relocation was selected by Than Shwe's team of highly coveted astrologers. Some believe that the situation is a reflection of the ruler's dementia or simply his delusion considering the audacious name as well as the fact that he believes himself to be the reincarnation of Burmese King Kyannsittha from the 11th Century. On the other hand some strongly believe that the Junta's growing fear of a US amphibious military invasion allowed paranoia to trump logic thus the city was moved from the southern coast to the geographic center. 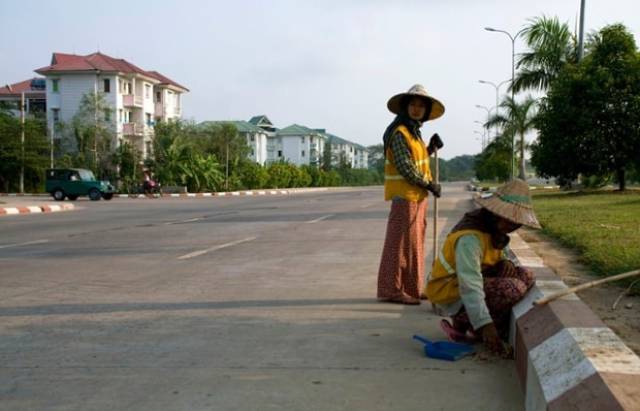 Although poverty is a crippling problem in Burma and it remains to be one of the poorest countries in South East Asia, construction of this despot's wonderland costed roughly £26 billion and will continue to rise as building progresses. The Guardian described Naypyidaw as "two worlds living side by side--a bizarre suburban city plunked in the middle of a desperately poor country." Pictured below are the lavish buildings of parliament. 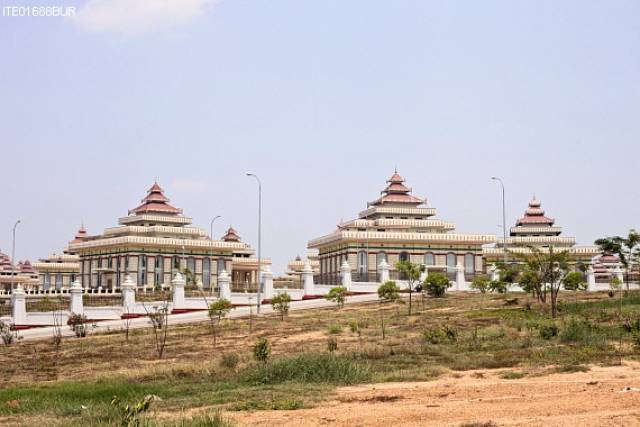 In fact, one resident who was actually willing to be interviewed (apparently a rather risky endeavor) said “this city is mainly for government staff, government buildings...it’s not very interesting here. Most people are not that happy; they are just living here because they can earn money, because they can work here.” Below, day laborers can be seen living in shacks by the river, a common occurrance amidst the city's grandeur. 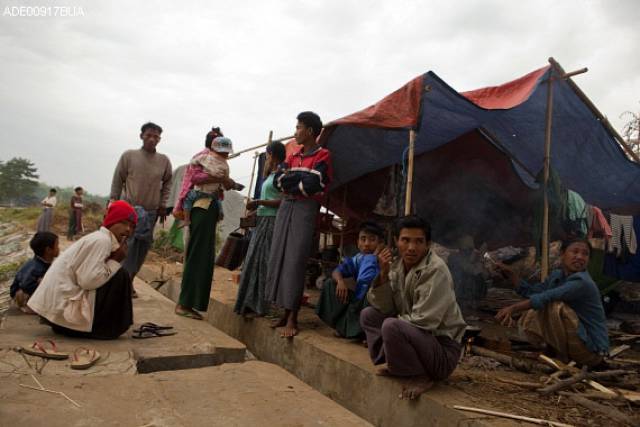 This 14-year-old girl has worked on a Naypyidaw construction site since 2005. 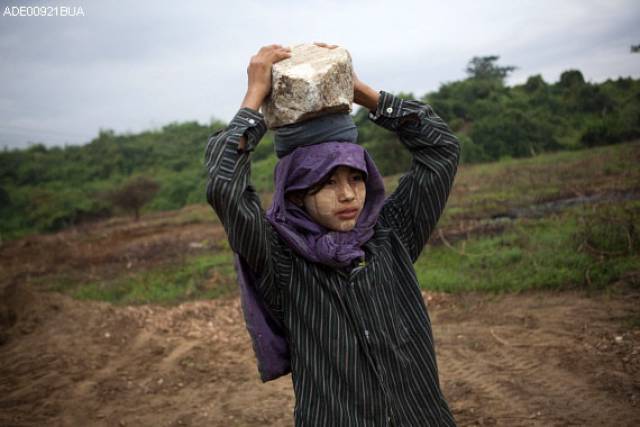 Aside from the few workers who populate the brand new airport that opened in 2011, it's empty and has remained very largely unused since its outset. 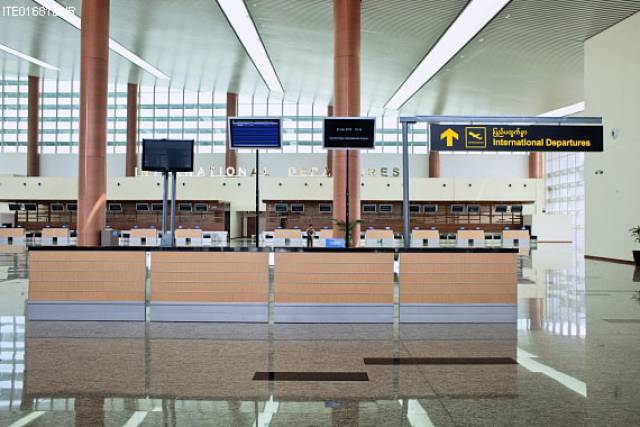 It has been said and recorded that the city's population is at 1 million people but most regard this as a gross exaggeration. Even despite the fact that the actual landmass is 6 times larger than New York City. 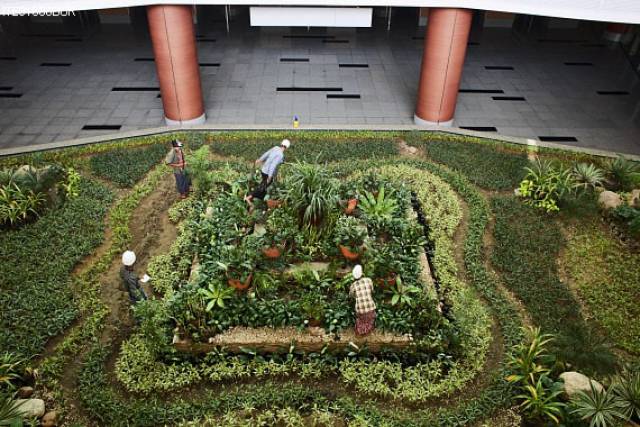 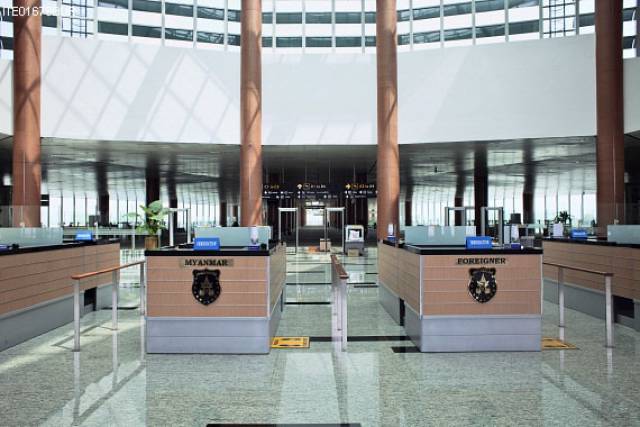 It's perhaps possible that the Gem's Museum receives more traffic than the airport. 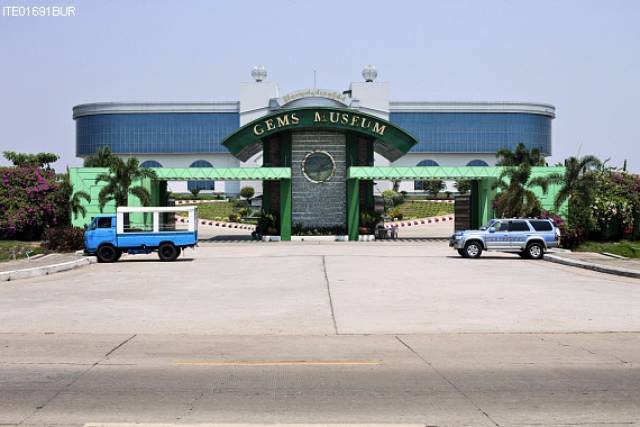 Or could it be the post office that sees the least souls? 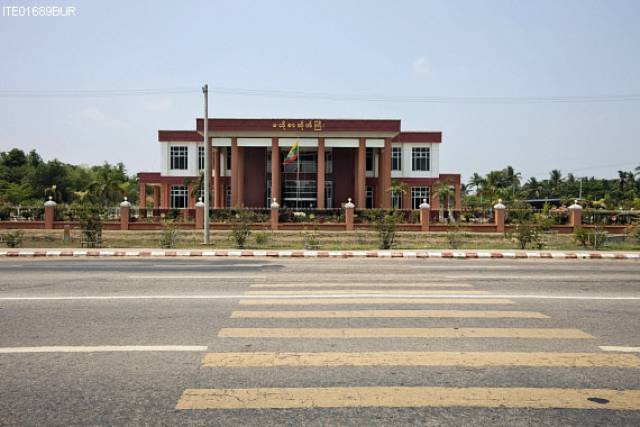 And maybe it's the "market bizarre" that sees the most? 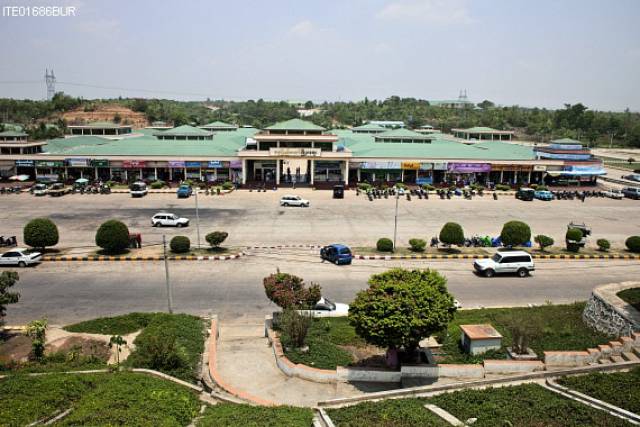 No actually, it's the houses of parliament that most definitely get the most use. 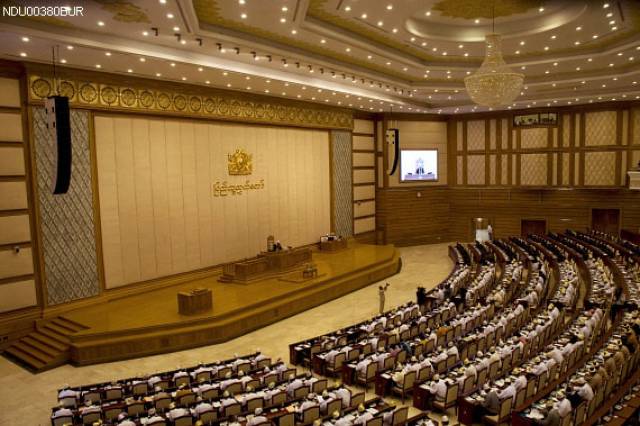 ...Because it's not the housing developments themselves... 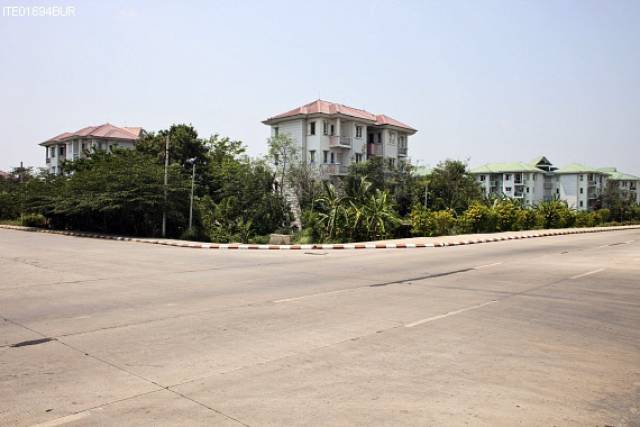 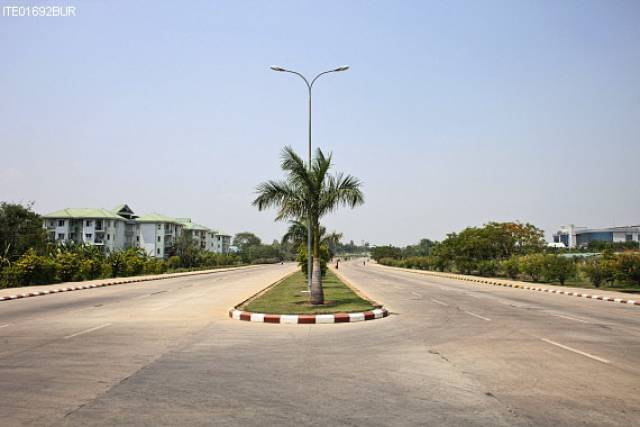 But there is an exception to housing for civil servants (who were forced to move there btw). 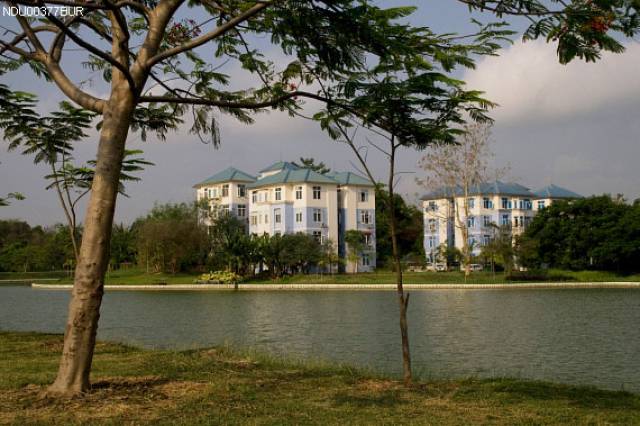 Than Shwe's original hope was to turn Naypyidaw into a globally recognized tourist center but, obviously, this has yet to happen. As was seen previously, any housing developments that do exist are shabby and largely vacant, restaurants and shops are rare, and streets remain barren. Most of what exists are poorly designed or oddly uncomfortable tourist sites (like the Flight Cafe, below, a plane that crashed there some time ago has been turned into a restaurant). 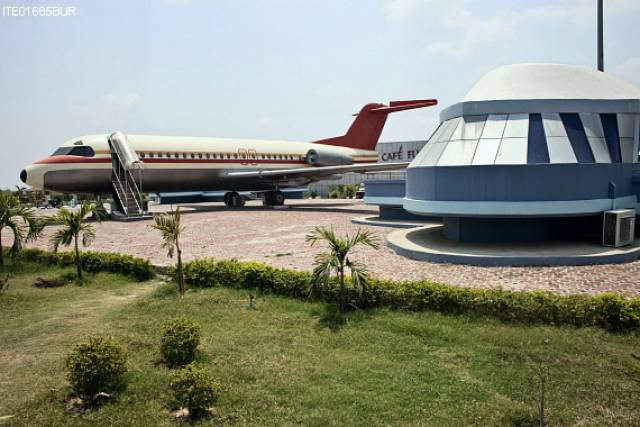 A bar hostess performs for (an I'm sure huge) audience in a location posing as lively. 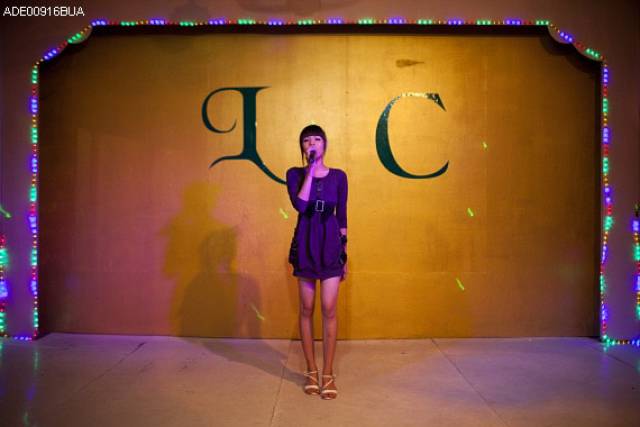 It has been said that some things changed (or are changing) when Than Shwe stepped down in 2011 but residents have said that the military is still an all-governing, obstructive power--and duties have simply been passed to another general, Thein Sein.

He has made statements regarding democratic change and one can only hope they're instigated soon. It will be very interesting and potentially difficult to see what happens in Naypyidaw as building continues and the population dwindles but only time will tell. 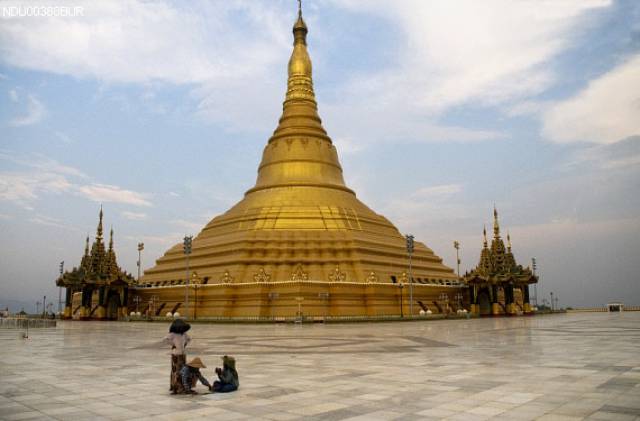 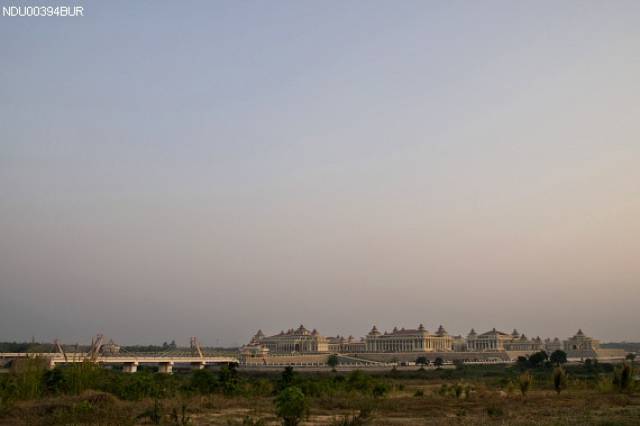 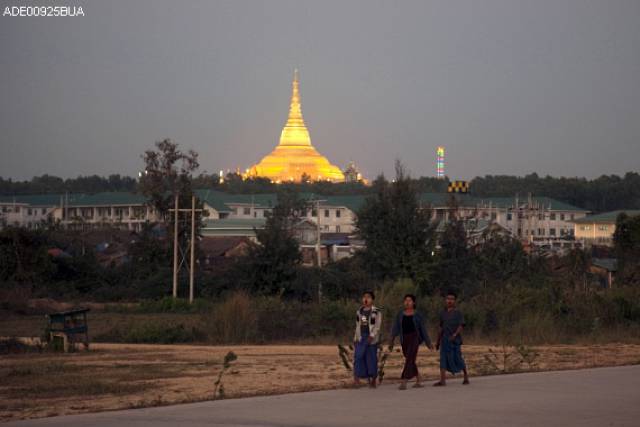 mynona 4 year s ago
"modern city of about nine New York cities in size"
Nope: the size is less than a quater of New Yourk
Reply