These Animals Had The Longest Lifespans Of All (25 pics) 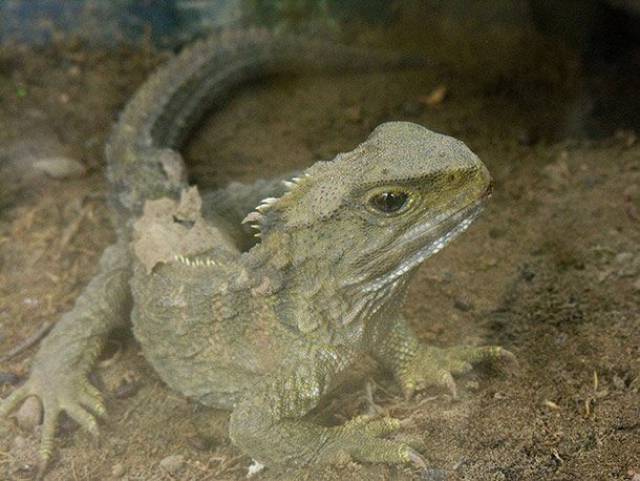 Tuatara lizards only live in New Zealand and grow at very slow rates. While most only live to 60 years old, some have been recorded to live up to 200 years. 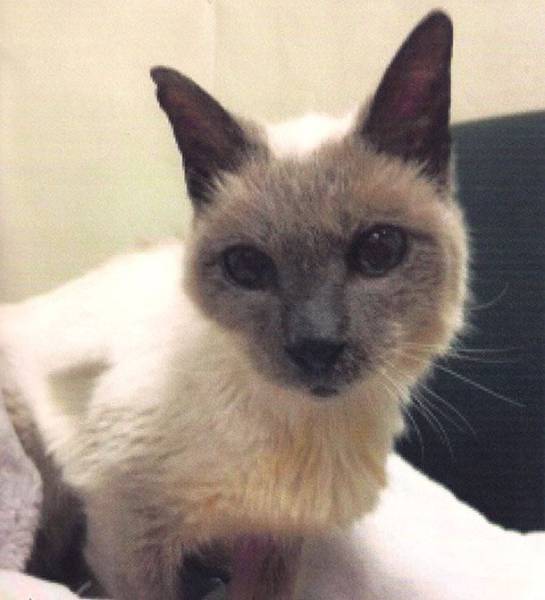 Born in 1986, Scooter the domestic Siamese cat was awarded the World’s Oldest Cat by Guinness Book of World Records. So you don’t have to do the math, at the time of this writing, that makes Scooter 31 years old. Its predecessor lived to be 26 years old. 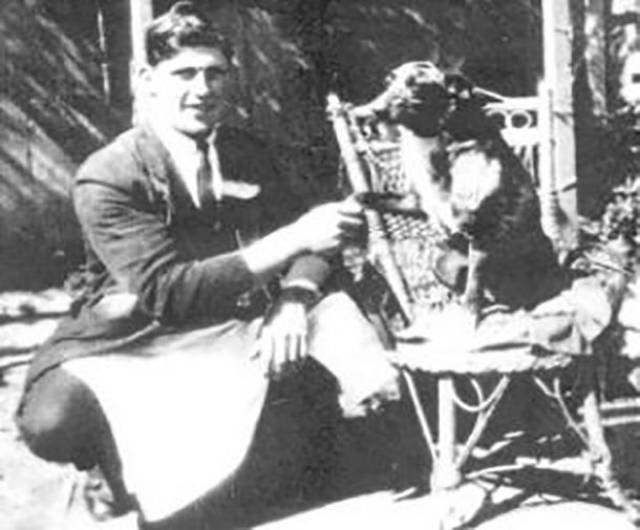 The world’s oldest dog was named Bluey. An Australian Cattle dog, he lived to be 29 years old. Most dogs only live to be eight to fifteen years old. 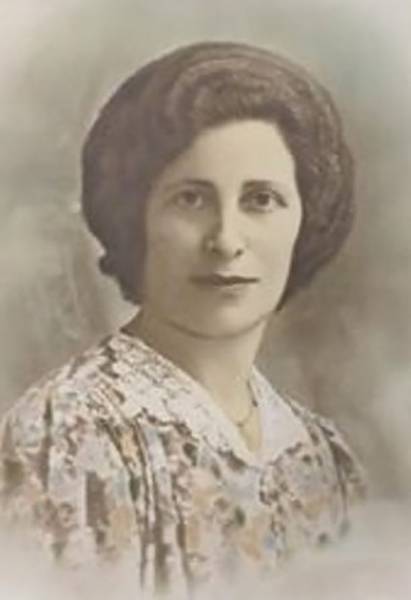 The world’s oldest human alive today reached 117. Emma Morano lives in Italy and is likely the last person alive to have lived in the 19th century. 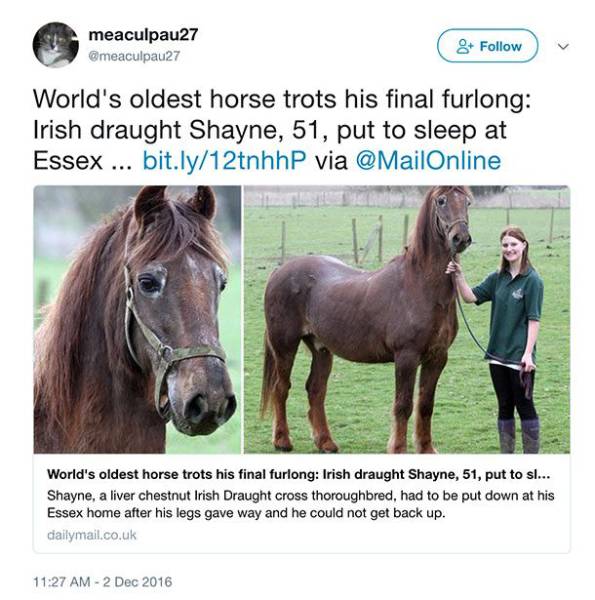 At age 51, Shayne the elder horse from Essex could potentially be the oldest horse in the world. He’s said to have inherited his longevity from a previous record holder. Despite suffering from arthritis, he’s still in good health. 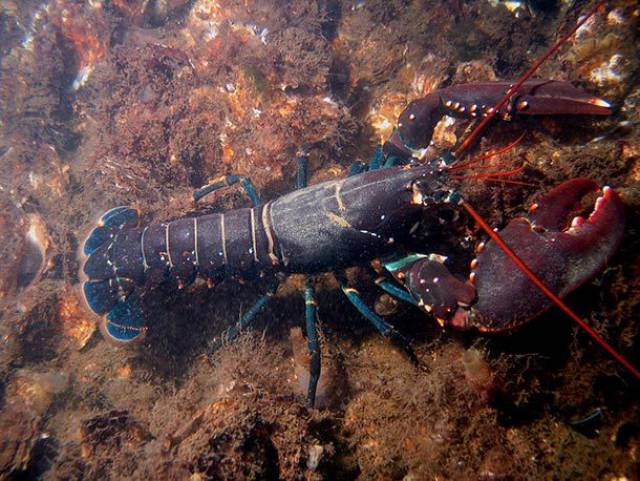 Larry the Lobster was caught in 2016 and sent to the Maine aquarium to be examined. By his size, some believe he’s the oldest lobster ever caught at 110 years old. The plan was to keep him in the aquarium or send him back out to sea, saying a lobster that old shouldn’t be someone’s dinner. 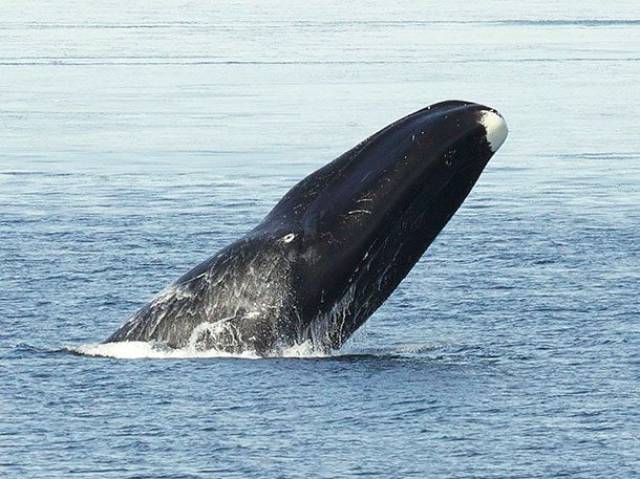 A bowhead whale was caught off of Alaska and the sailors found something interesting in its neck, a harpoon point in its neck from over a century ago. They dated the fragment back to 1880, meaning the whale had been alive since after the Civil War and during Victorian times. While this whale was possibly over 130 years old, some believe bowhead whales can live as long as 200 years old. 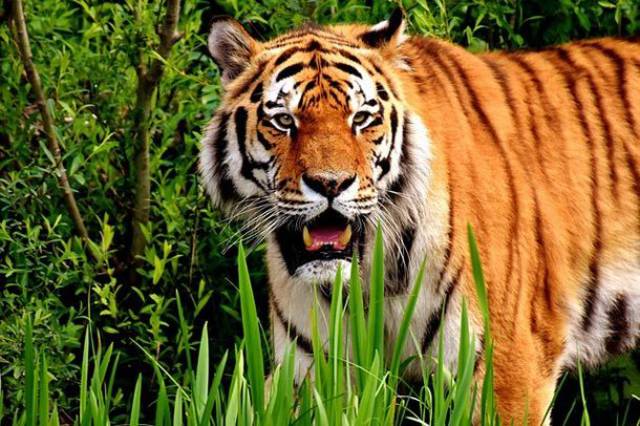 The world’s oldest tiger was named Flavio. He was a former circus tiger before retiring to a Florida zoo. He lived to be 25 years old. 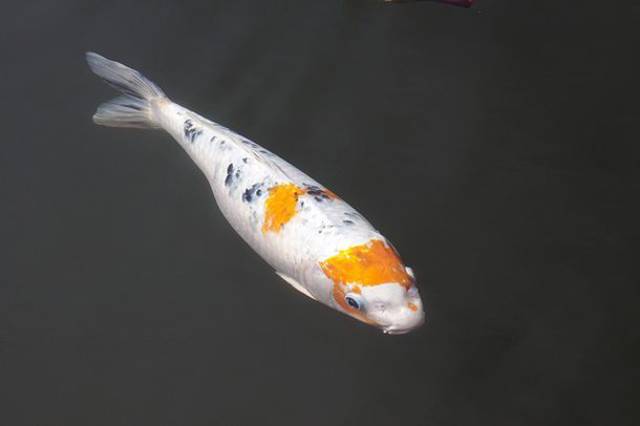 Koi Hanako was a female fish living in Japan. She was the oldest Koi alive at the age of 226 years old. To put this in perspective, most Koi fish only last fifty years. No one is sure how this Koi lived so long. 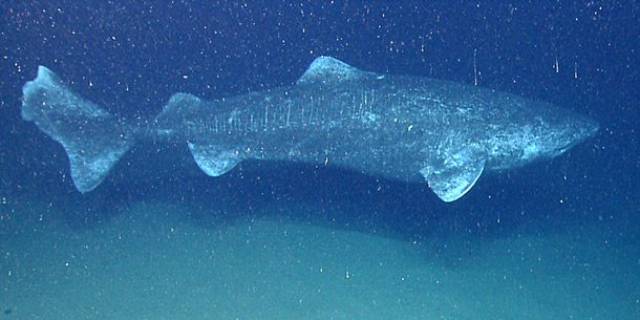 Greenland Sharks live to be quite old and could potentially be the oldest vertebrate species in the world. One Greenland Shark caught was dated to be over 400 years old. However, their dating methods aren’t accurate enough to know the exact date, so some scientists think it could also be older. 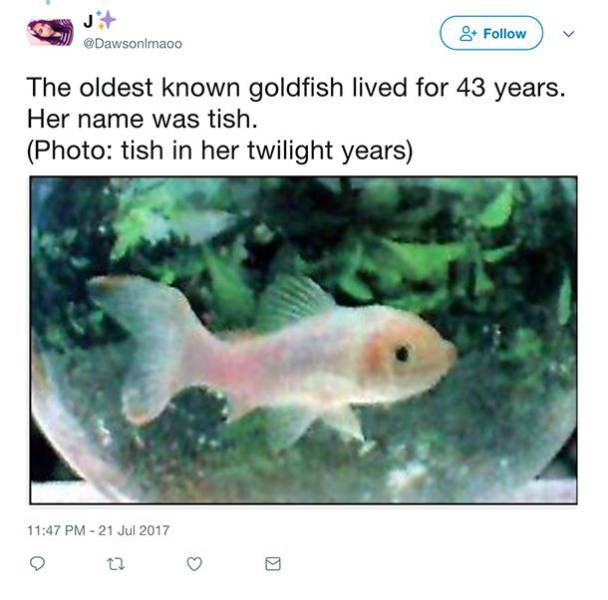 The oldest known goldfish was 43 years old and was recognized by the Guinness Book of World records. 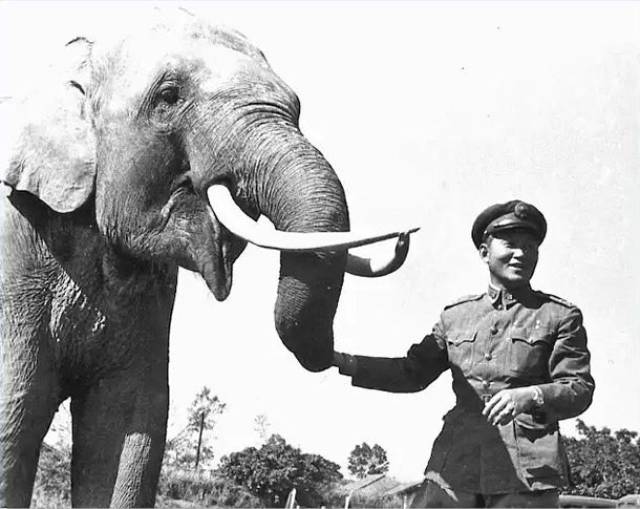 The oldest elephant in captivity reached the age of 86 at the Tapei Zoo in Taiwan. This elephant helped Japanese soldiers carry supplies in the jungles of Myanmar and was taken prisoner in 1943 by the Chinese. The average age of Asian elephants is 60 years old. 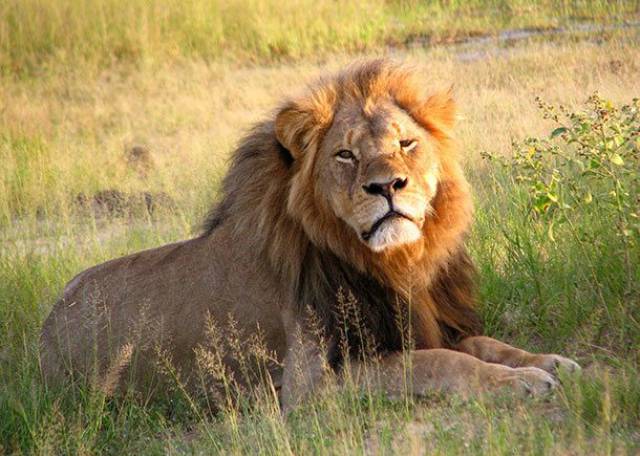 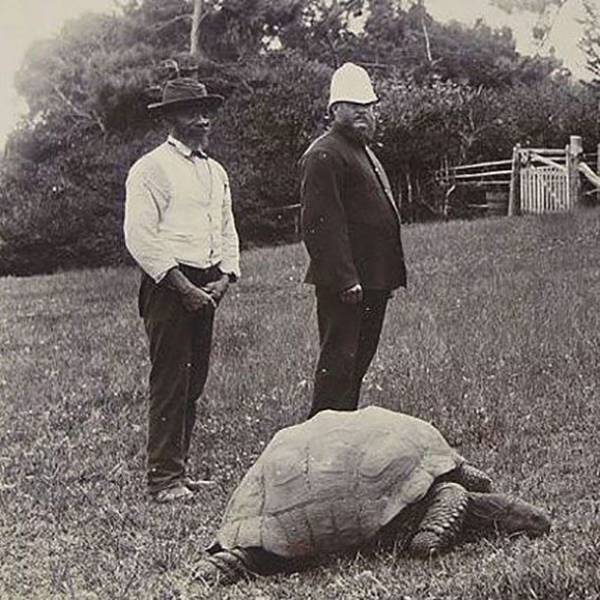 Perhaps the oldest tortoise alive today, Jonathan is 182 years old. He’s curently living in Seychelles. While he is a rarity, some believe tortoises can live to be 250 years old. 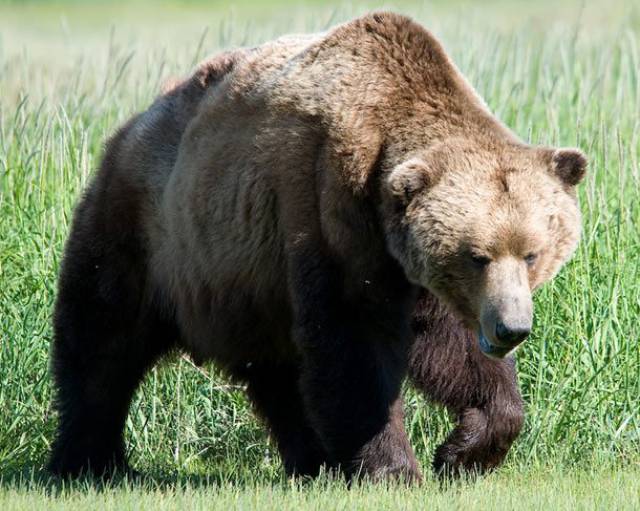 The world’s oldest known wild bear died in Grand Rapids, Minnesota at the age of 39. The Minnesota Department of Natural Resources put a collar on the bear and tracked her movements. The bear, known as Bear Number 56, died of natural causes. 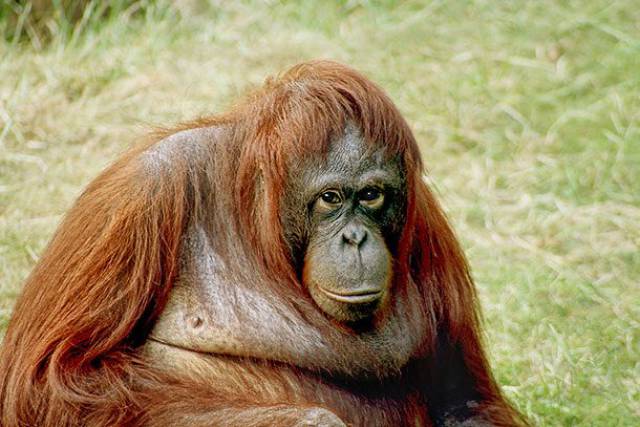 Puan is the oldest known living orangutan at the age of 60 years old. She lives at the Perth Zoo in Australia. 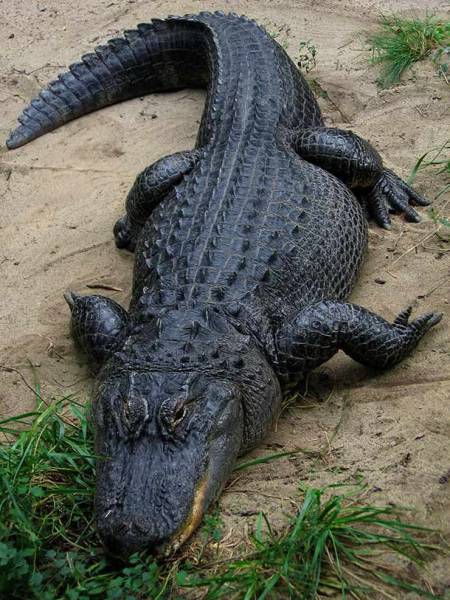 Muja is the oldest known alligator in captivity; he even survived the bombings at Belgrade in World War II. While its exact age isn’t known, zoologists believe it is close to eighty years old. 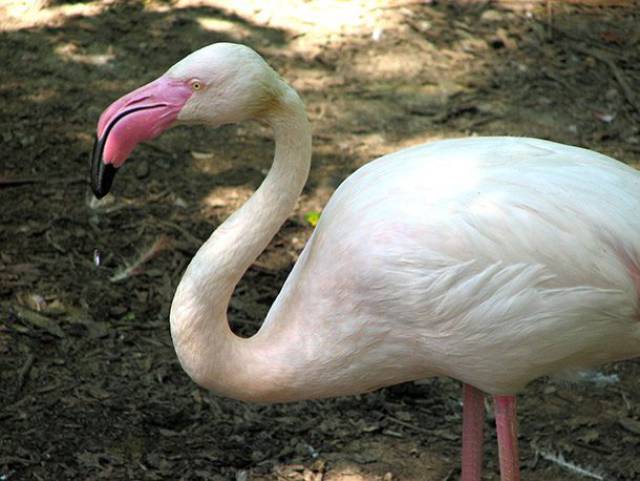 The world’s oldest greater flamingo reached the age of 83 and was a resident of the Adelaide Zoo. 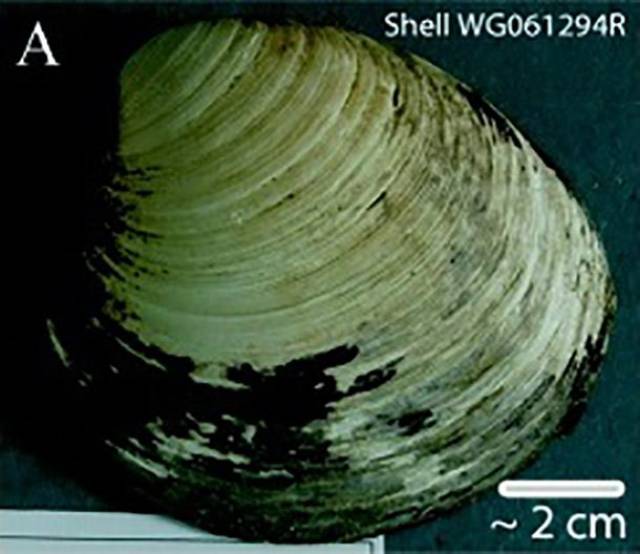 Born in 1499, Ming the Clam was discovered and researched by Bangor University and was carbon dated to be 507 years old. 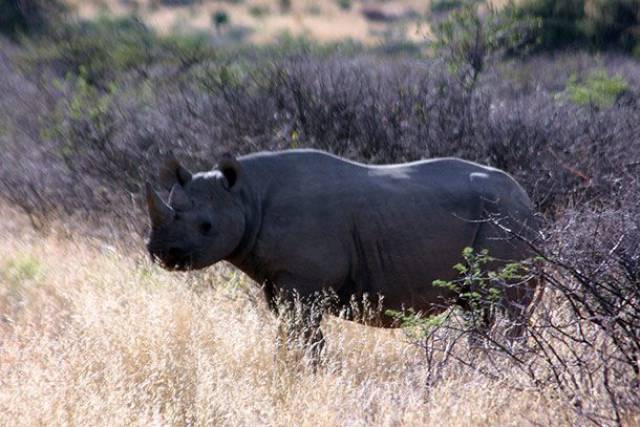 The oldest black rhino known was named Elly at the San Francisco Zoo. She lived to be 46-years-old. 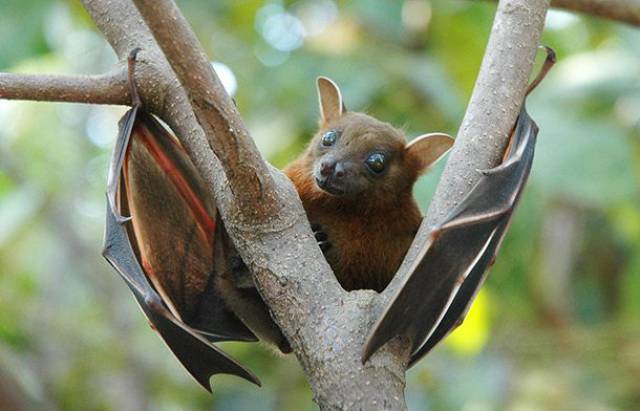 The oldest bat known was from Siberia and reached the age of 41 years old, living 9.8 times longer than expected. 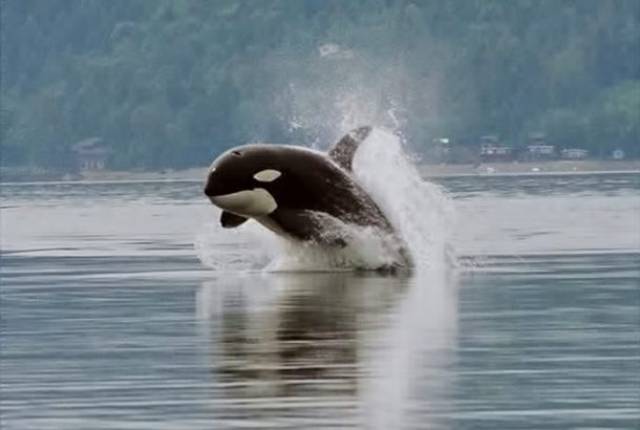 Known as J2 and “Granny,” the oldest killer whale was estimated to be 100 years old. Many female killer whales don’t make it past childbearing. Researching Granny revealed a lot about how these elder whales take care of their young well into their senior years. 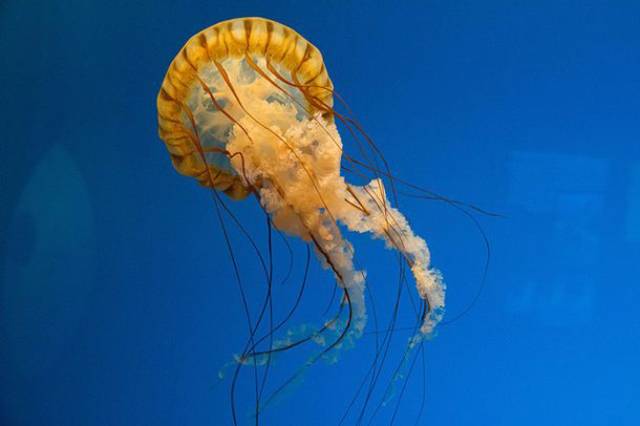 Imagine having the ability to age backward. That’s exactly the power the jellyfish species Turritopsis dohrnii has. Usually, these jellyfish reproduce with sperm and eggs but if a crisis arises, they can reverse their cells to a younger state and through asexual reproduction, produce carbon copies of themselves. Theoretically, jellyfish today could be hundreds of thousands of years old. 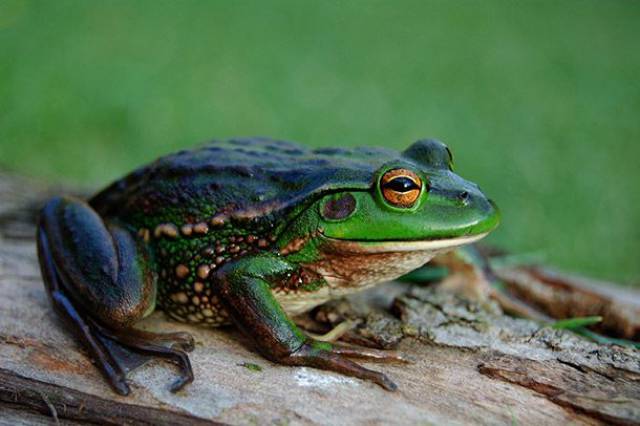 The world’s oldest frog was claimed to have been found in New Zealand. It reached the age of 37-years-old. Most frogs don’t live beyond thirty years. 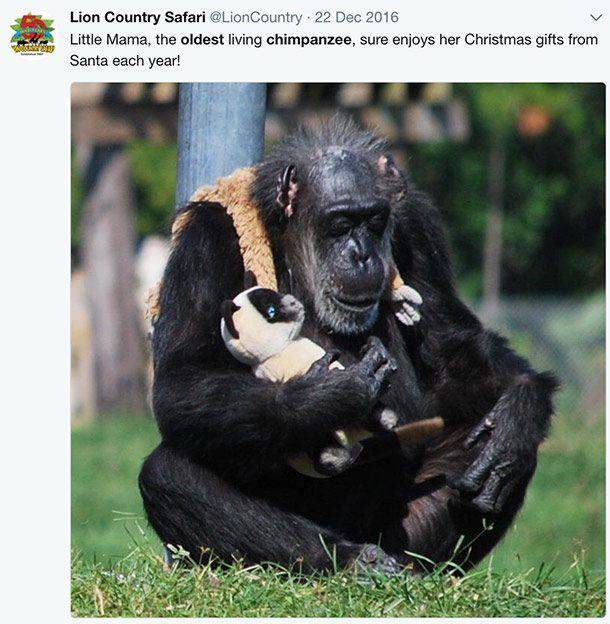 Believed to be the oldest chimpanzee in captivity, Little Mama lives at Lion Country Safari Theme Park in West Palm Beach, Florida and is said to be 74-years-old. In the wild, chimpanzees usually only live to 40 or 50 years old.

klunkr 4 year s ago
#15 Bear Number 56 was the best name you could come up with? have some respect you middle of nowhere Minnesota fucktards.
Reply