Good morning Seattle! Time to hop on the bus to Everett, Washington. 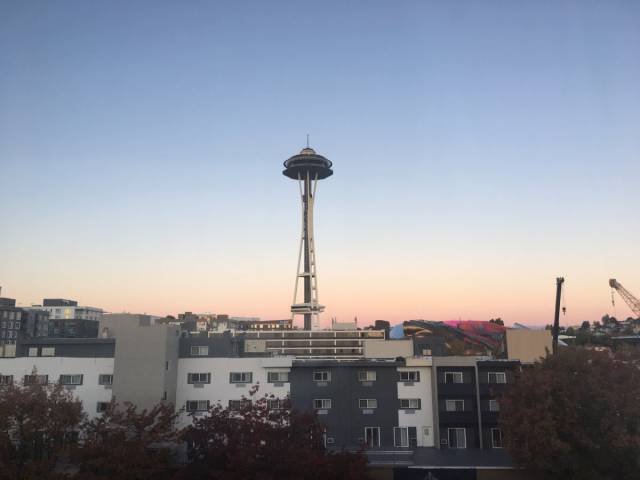 From afar, the Boeing factory doesn't seem too big 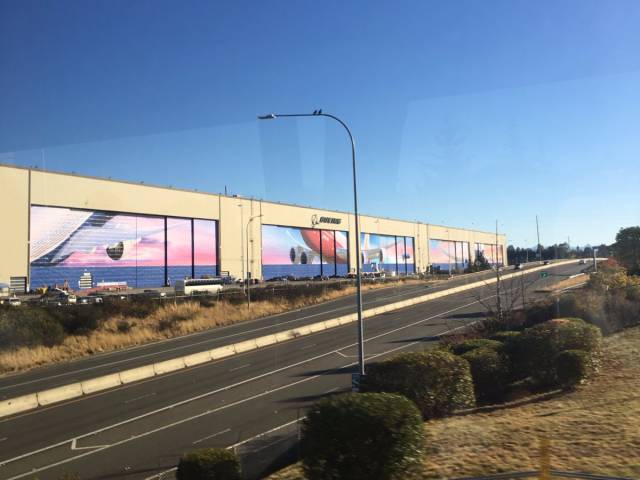 Up close, the sheer scale of the factory becomes evident. 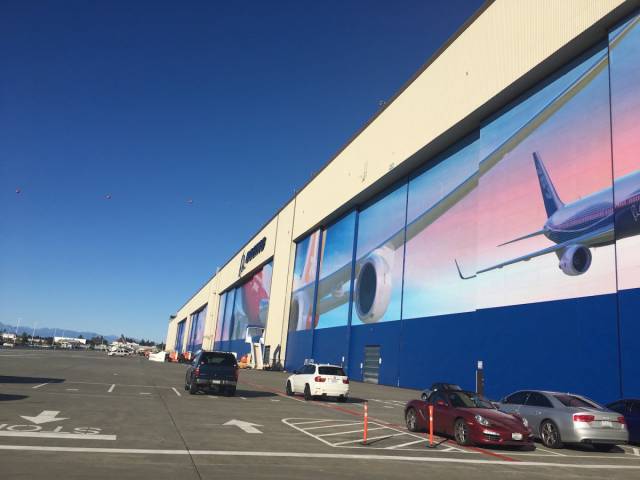 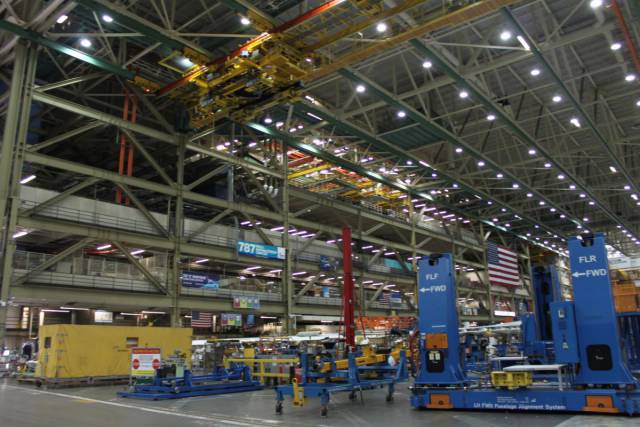 The Everett assembly plant was originally constructed in 1967 to build the Boeing 747. 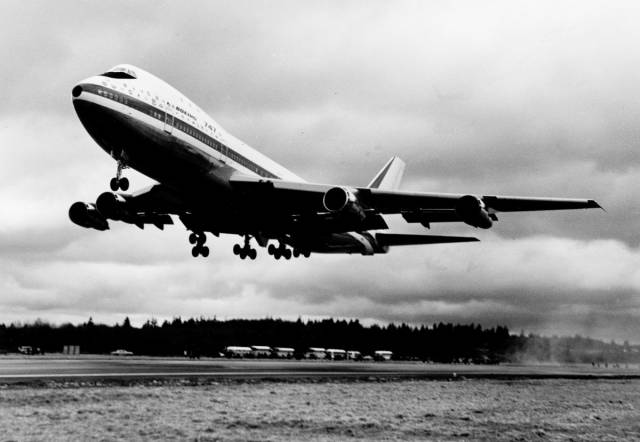 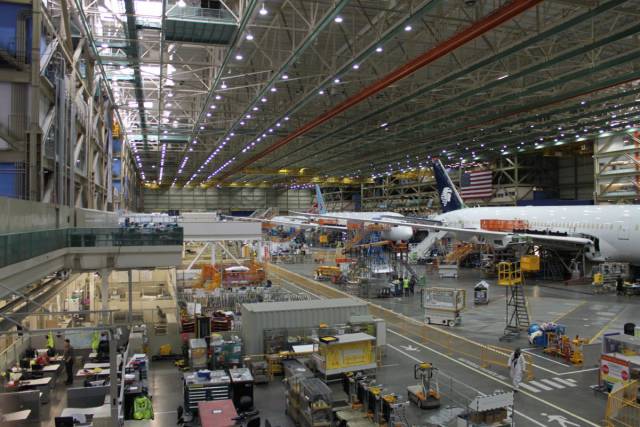 Armed with my safety goggles and high visibility vest, it's time to get this show on the road. 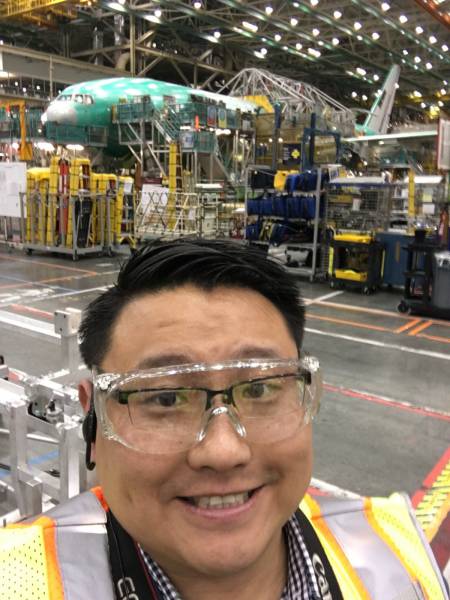 We start on the 777 production line. 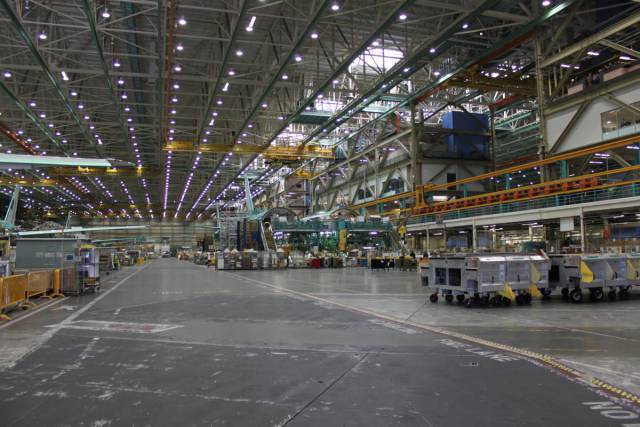 Here's a 777-300ER nearing completion. It's headed for Dubai where it will join Emirates and the world's largest fleet of 777s. Emirates operates roughly 165 Boeing 777s. 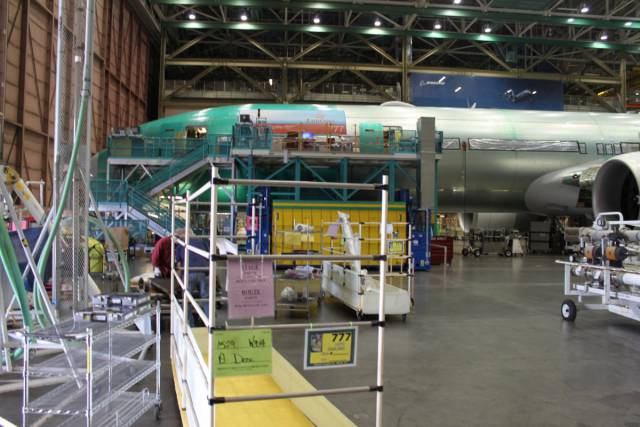 Here's the tail end of another Emirates 777. 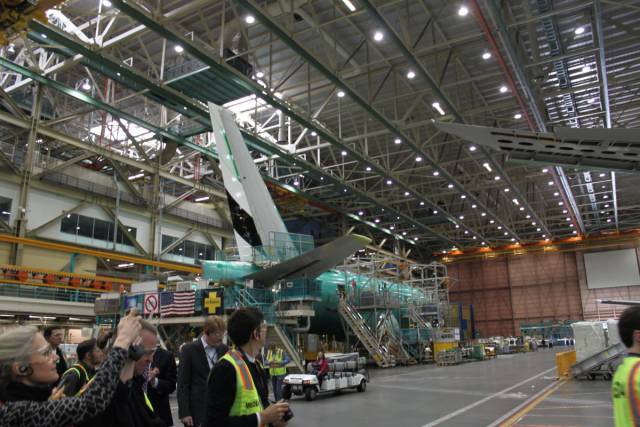 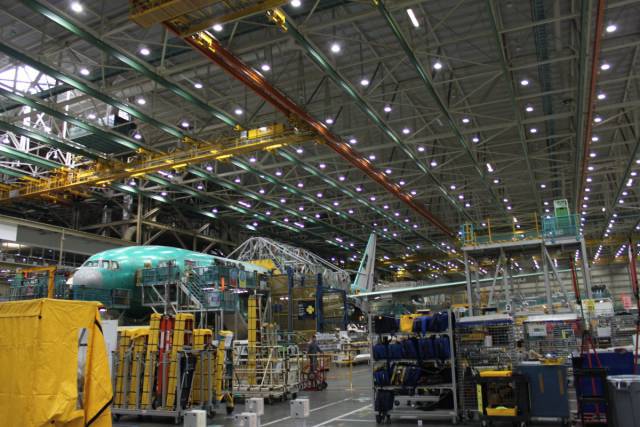 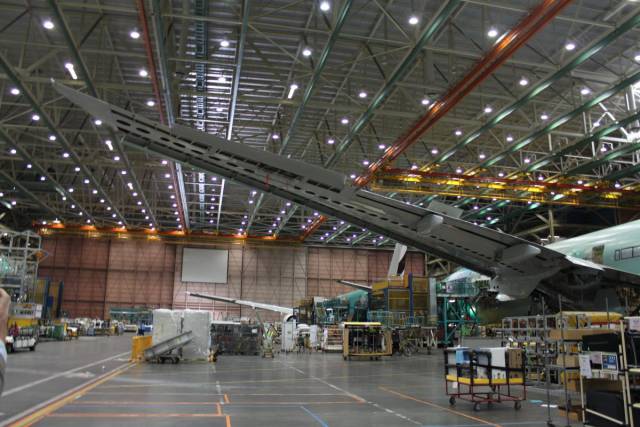 The factory never really shuts down. Even on the weekends, there are employees at work. 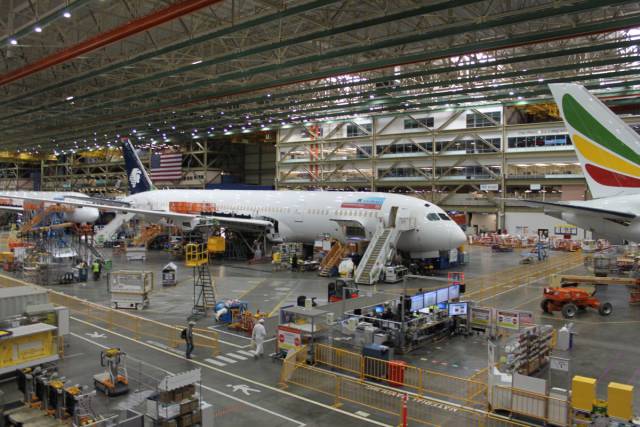 Boeing factory workers move around the facility on tricycles like these. 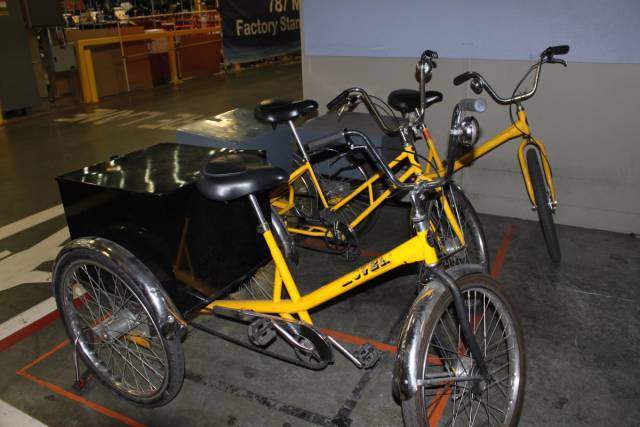 According to Boeing representatives, the company used to have bicycles as well but dumped them in favor of tricycles due to safety concerns. 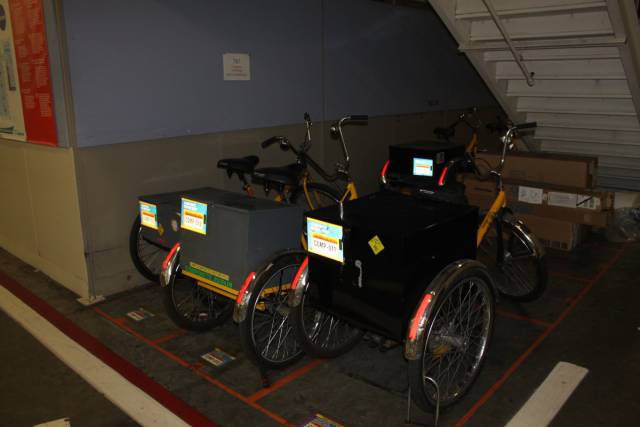 Just around the corner from the 777 line is the new 787 Dreamliner line. It is where parts sourced from around the world come together. 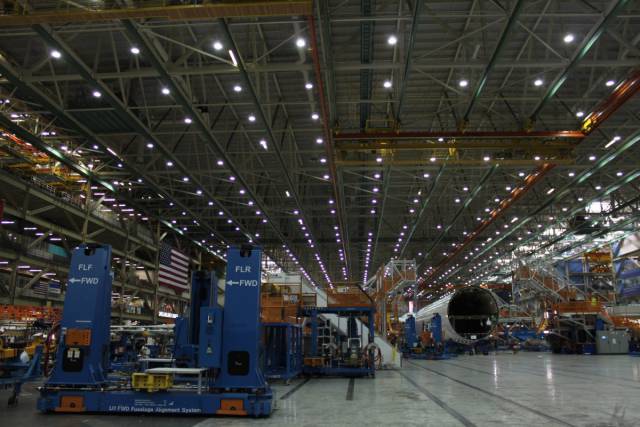 Here is a set of 787 main landing gears. They come from France's Safran Landing Systems. 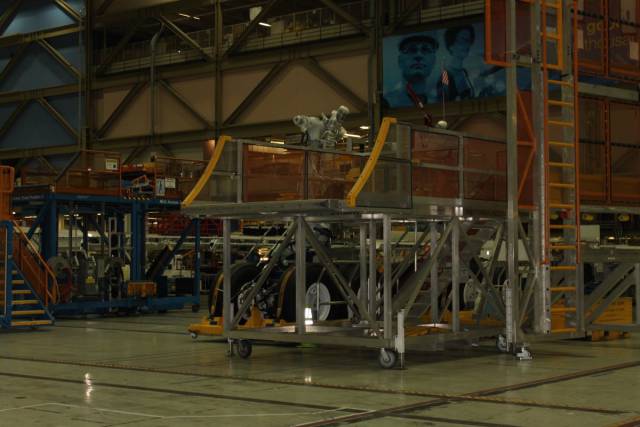 Here's the tail for the second Qantas Boeing 787-9. 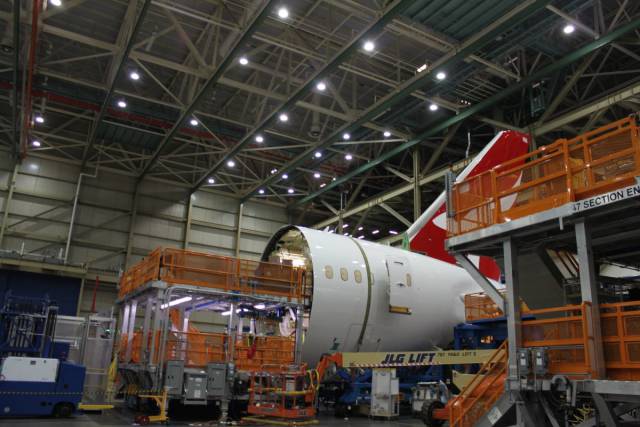 Here's the center fuselage of the Qantas Dreamliner. It's from Italy. 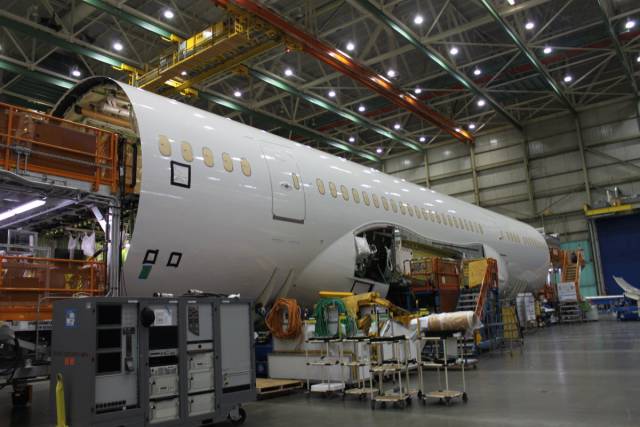 The logos from all of the 787's customers can be found on the assembly building doors. In front of the doors is a Dreamliner destined for Ethiopian Airlines. 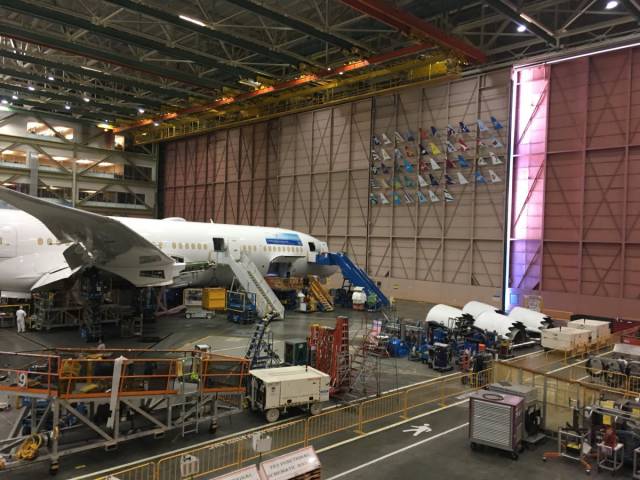 On a second story platform, we are able to have an overhead view of the production facility. Here's a Dreamliner that's headed for Aero Mexico. 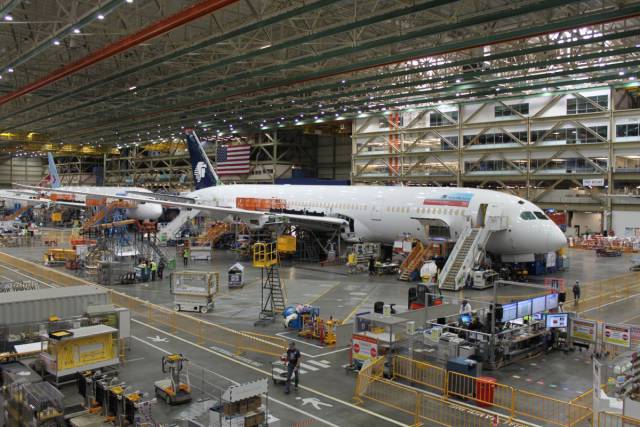 So far in 2017, Boeing has delivered 66 777s and 125 Dreamliners. However, that figure for the 787 also includes aircraft produced in South Carolina. 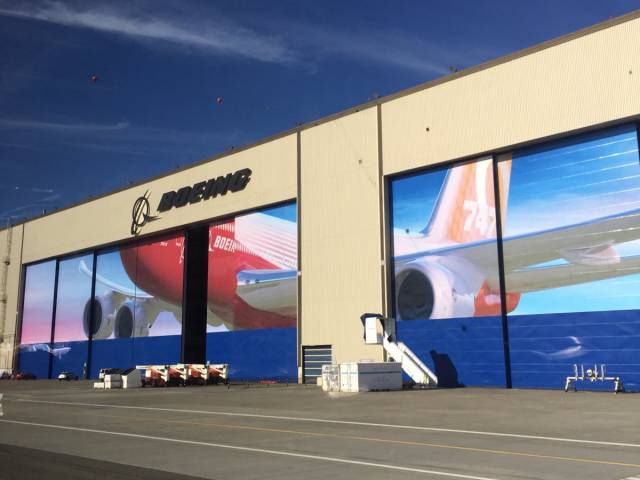 Here is the first Qantas Boeing 787-9 fresh out of the Everett factory. 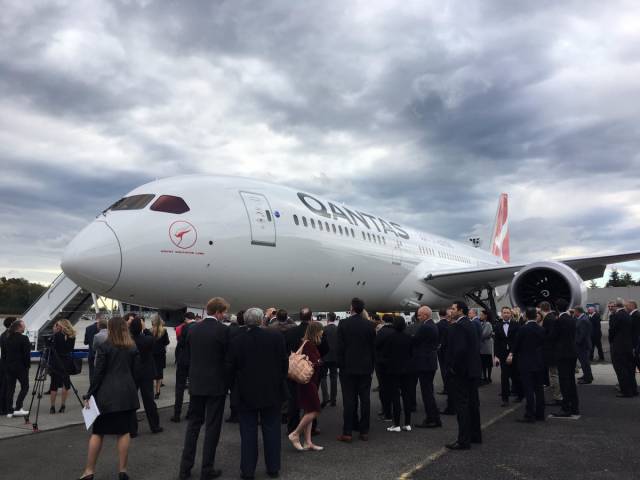