How Different Regions Of The US React To Snow (7 pics)

East Coast: Commute times, which are already a nightmare, get even more crazy with 25-50% more delays.

Deep South: Like clockwork, mild panic sets in and there is an impending sense of doom.

The Midwest: Actually entertain the idea of maybe putting on pants to go outside. Maybe… 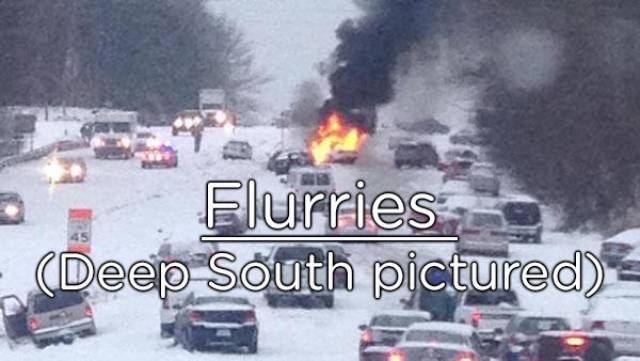 East Coast: Not only is traffic at a complete stand still, but now the travel advisories have been issued. Seems natural.

Deep South: Schools closed. Businesses delay opening. “Are they gonna salt the roads? What if I get caught in black ice? WHAT IS BLACK ICE?”

Midwest: Incredulously brush snow off the grille before tailgating for the game. 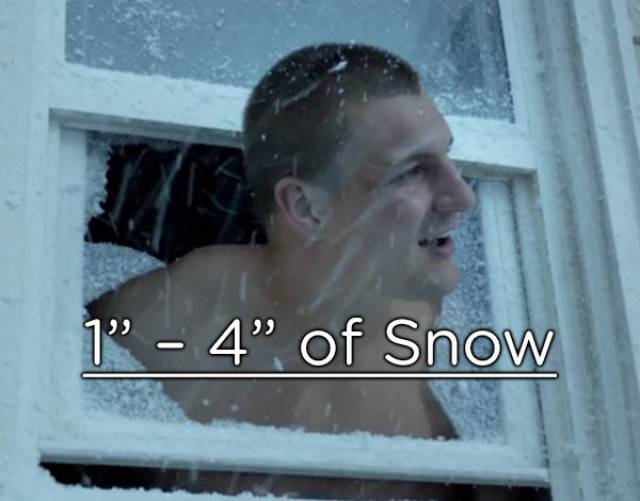 East Coast: Not only have the roads now become parking lots, but air traffic is diverted, delayed or cancelled all together.

Midwest: Salting of roads makes walking the dog a little bit more of a pain in the ass, but he’s a good boy and loves the snow. 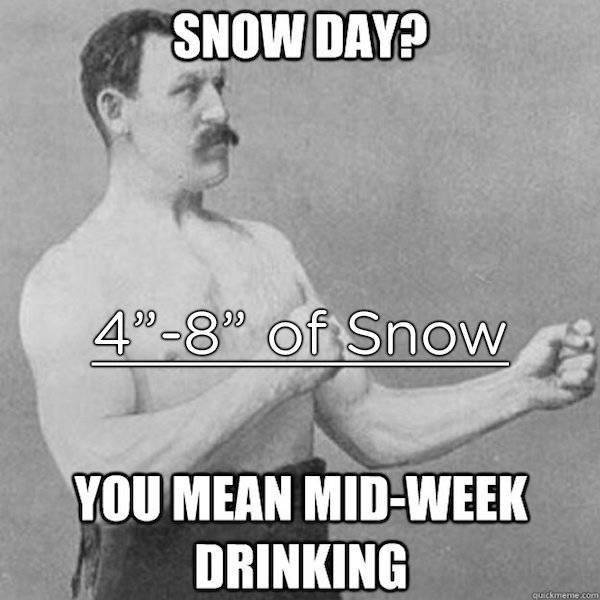 East Coast: It’s official, CNN and The Weather Channel have begun reporting about “Snowmageddon” – this could be the storm of the century…

Deep South: Governor announces State of Emergency before going into underground bunker. “May god be with you.”

Midwest: The lines at the liquor store have gotten annoyingly long. 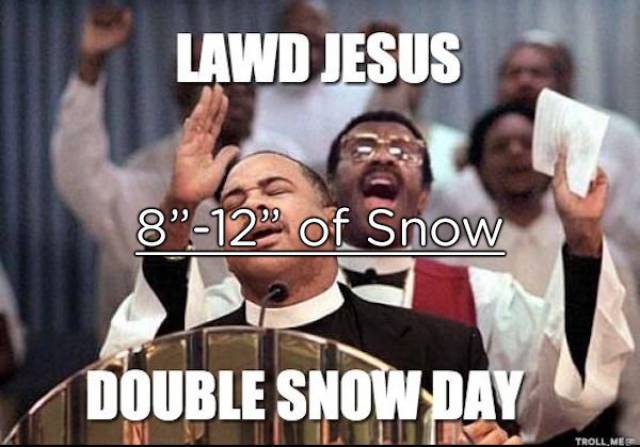 East Coast: Simply put, everything is closed, not that it matters because you’re probably stuck in your car in, you guessed it, traffic…

Deep South: The Governor has sent word to D.C. declaring a Federal Disaster seeking aid. National Guard called in. Remarkably, raging Yeti’s from hell do not eat them.

Midwest: The line at the liquor store has extended to the roads, where there are now minor traffic delays. East Coast: Nobody leave your houses to go anywhere until we’s tell you otherwise!

Deep South: Something like the first season of The Walking Dead, but with snow. Martial law. Walmarts are down to one cashier. Wait, that’s nothing new.

Midwest: Yoga classes are cancelled, not that anyone was going anyway. Axe throwing at The Drink Tank is still on! 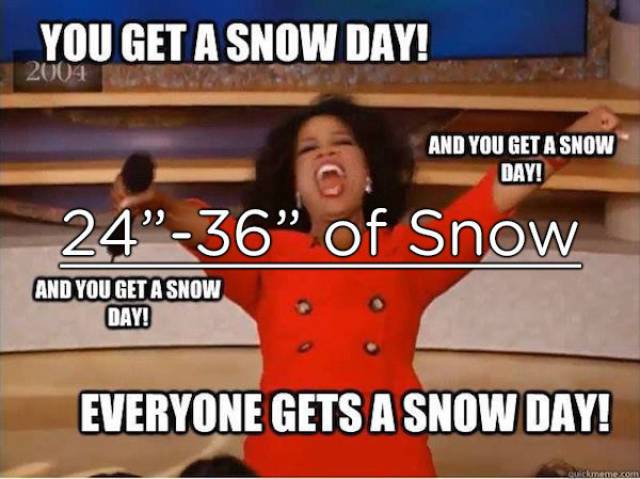 Deep South: Have you seen The Day After Tomorrow?

Midwest: Snow Day! Except for you, pal. We expect you in at your normal time. 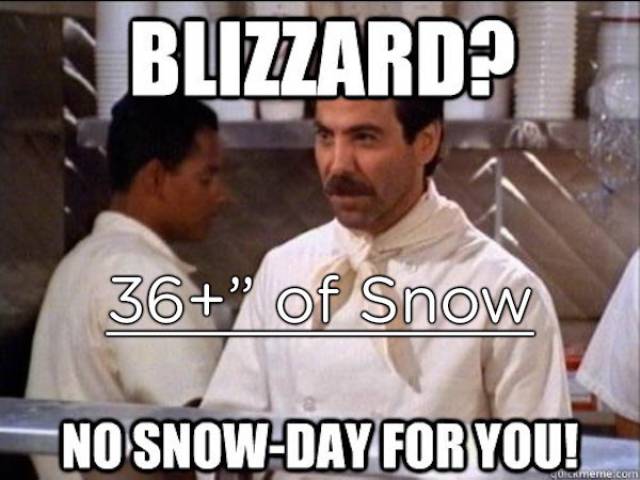