Movies That Ended Up Being Prophetic (25 pics)

No, giant alien bugs haven’t invaded our galaxy. So, thank goodness for that. But, the technology in “Starship Troopers” did somewhat accurately portray what the future might look like including FaceTime video calls, online computer ads, and even large-scale modern wars out in the desert. 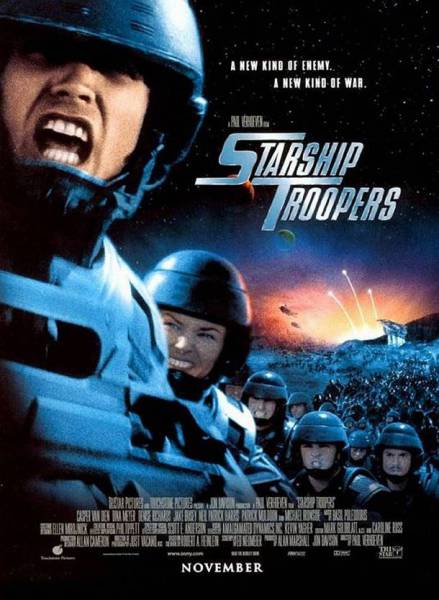 Standing for “Automated Domestic Appliance Monitor,” or A.D.A.M., this television movie revolved around a smart home with a penchant for romance and jealousy. Right now, smart homes are just getting started with Amazon’s Alexa, Google Home, and the NEST thermostat. Hopefully, none of these devices will turn on us. 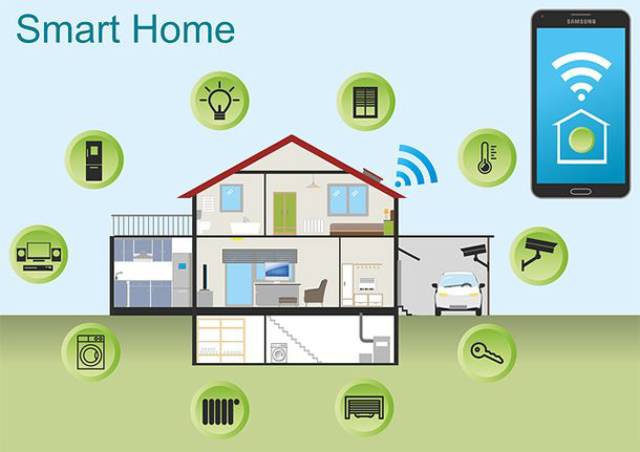 “Escape from New York’s” prediction of the future is pretty much all wrong except the use of holograms. We totally figured out how to use holograms. So, for that, they get a point. 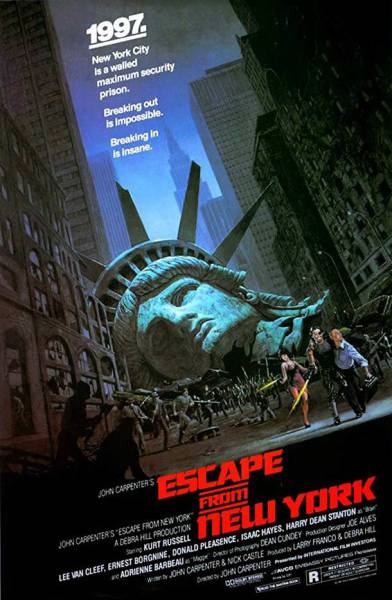 The Day After Tomorrow

In “The Day After Tomorrow,” ocean currents stop due to global warming, creating massive storms and a new ice age across the northern hemisphere. Turns out, new scientific studies from the Scripps Institution of Oceanography at the University of California San Diego have shown there is evidence this could happen very soon. 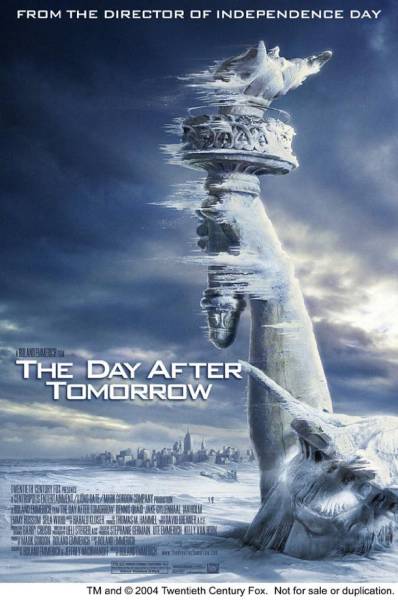 Released in 1933, “Rufus Jones for President” is about an African American boy who is elected President of the United States, predicting the election of Barack Obama. 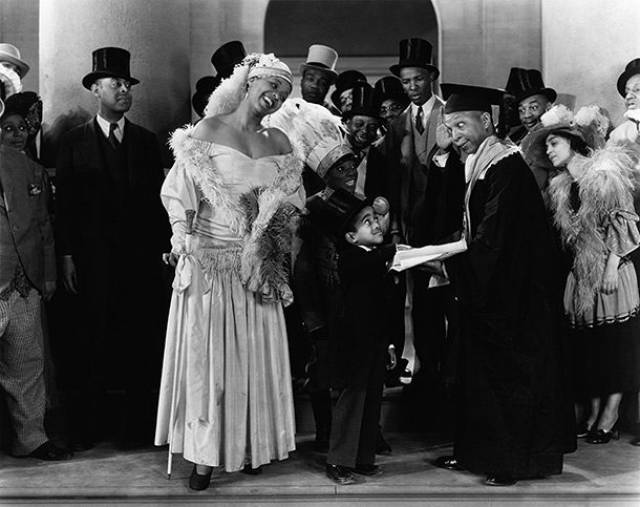 While we haven’t figured out how to time travel yet, or so we think anyway, “The Terminator” predicted the use of unmanned aerial drones. As we speak, the U.S. military is using drones all over the world and some have been programmed to recognize an intent of another aircraft. It’s probably not long before they are allowed to attack. 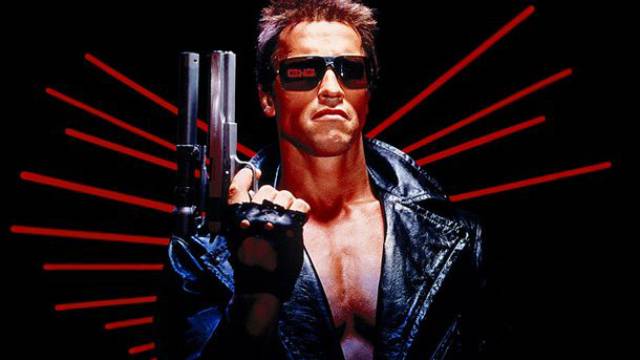 In the movie “1984,” based on the book by George Orwell, people are controlled by a totalitarian state and distracted by a never-ending war. With the war against terror still raging, the new details coming to light about the NSA spying on citizens, and the constant flood of fake news today, we think it’s safe to say 1984 is scary accurate. 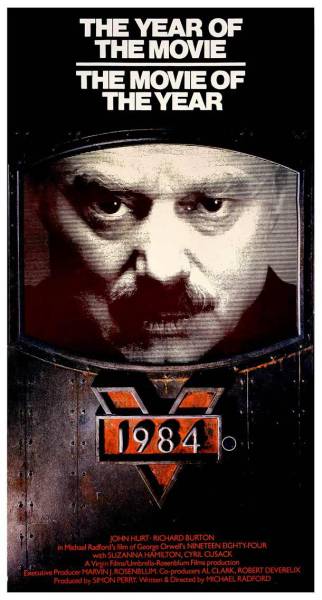 While we don’t have hover cars just yet, “Jetsons” predicted things like automated vacuum cleaners, digital newspapers, and video calls. 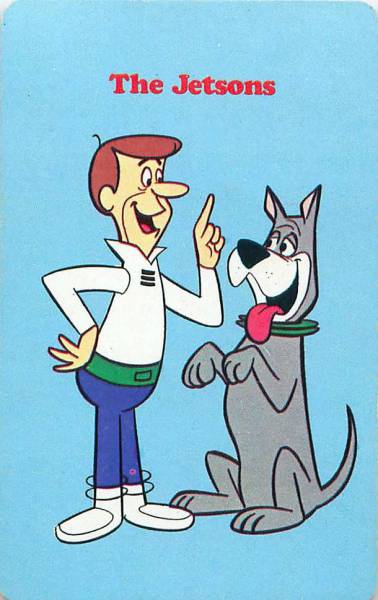 In “Weird Science,” two hormonal adolescent boys printed out a woman using a computer and cutouts from a Playboy and other magaines. Today, we have 3D Printers. No, they can’t print out life-sized women but they can make a firearm.

Until the End of the World

“Until the End of the World” may not have done too well at the box office in 1991 but its predictions of the future are eerily specific. It foretold how addicted we would become to Skype, iPads, flat screen televisions, and search engines. 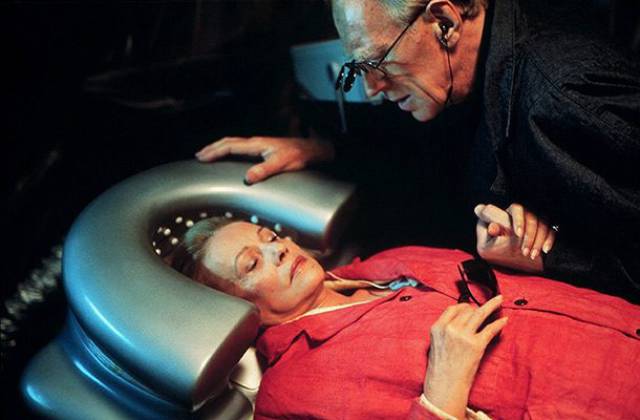 “I Am Legend” kinda, sorta predicted the release of “Batman Vs. Superman.” It’s just not the Zack Snyder version. The story goes that Akiva Goldsman already had a script for a Batman Vs. Superman movie but Warner Bros. decided to go with Nolan’s vision instead. Goldsman wrote the screenplay for I Am Legend and was able to include the logo in the movie while Will Smith was hunting inside the city. 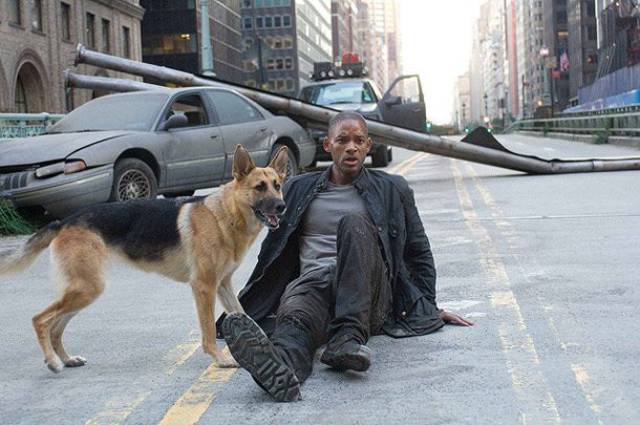 Return of the Jedi

While “Star Wars: Return of the Jedi” is set in a galaxy, far far away, that doesn’t mean it can’t predict our future. How, you say, did it do that? One word: Hover Bikes. They’re real. Technically, the hover bikes on the forest moon of Endor are way more awesome than what we have, but that doesn’t mean the technology doesn’t exist. 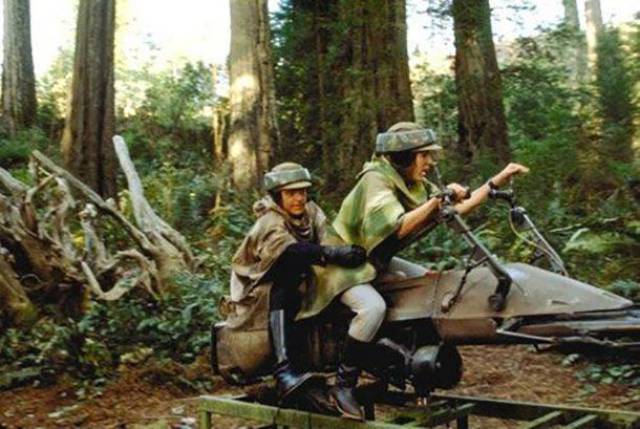 Enemy of the State

A spy thriller plot about illegal government surveillance isn’t exactly a new idea. However, if one movie correctly predicted the world we’d live in years from now, Enemy of the State gets it almost all right. From the NSA hacking into citizens phones and computers to watching people through a myriad of cameras, all of these notions were considered fantasy in 1998. However, today, it’s all too real. 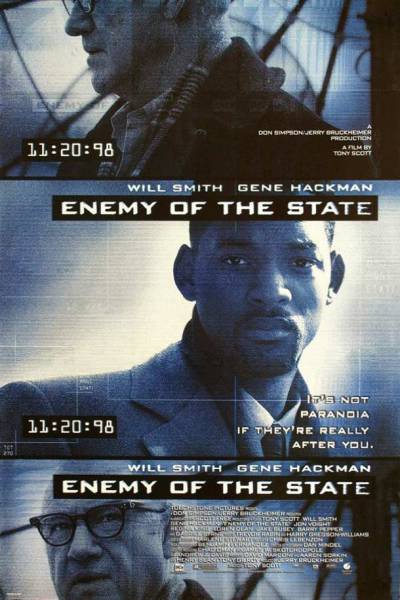 It was only a matter of time before we got a telephone watch like Dick Tracy predicted. Lo and behold, smart watches were invented and we can do exactly what Dick Tracy did so long ago. Somehow, he made it look way cooler. 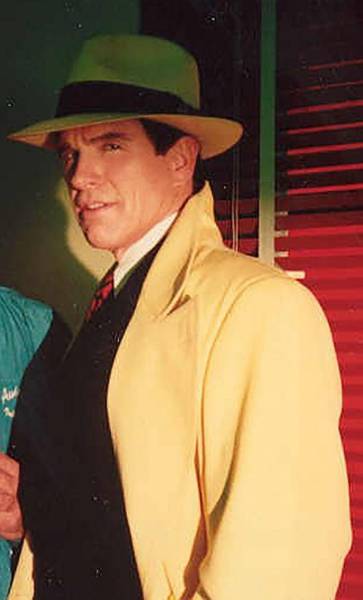 Okay, so technically we don’t have a theme park with real life dinosaurs roaming about. However, Jurassic Park did predict we’d get the technology to do it. Right now, scientists are on the verge of resurrecting the wooly mammoth. 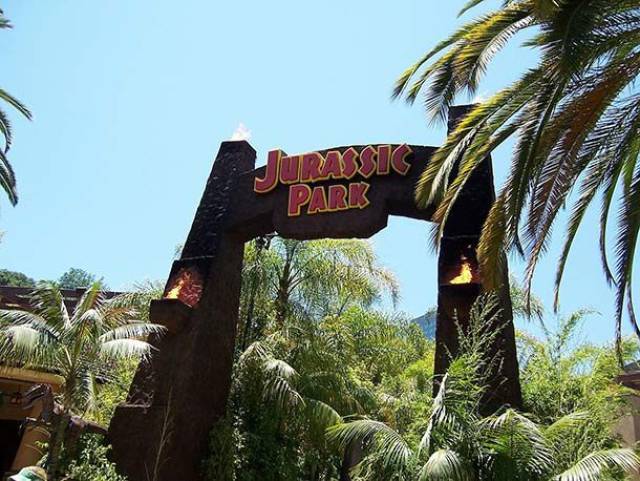 “Her” is about a man who fell in love with his personal computer and detailed a near-future world where people use their personal assistants on a frequent basis to help them with everything. Right now, that’s happening with new developments in AI technology such as Alexa, Siri, and Google. 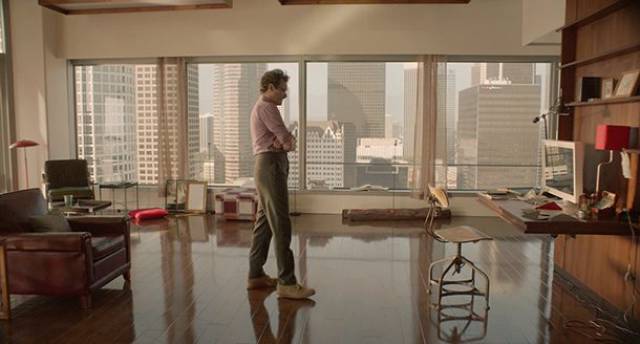 First released in 1973, “Westworld” is about people who go to live out their fantasies in the wild west, complete with robots to help them carry it out. Recently, Disney announced they will be building an immersive Star Wars theme-park putting people into the world of Star Wars. Guests will be required to wear Star Wars themed clothes and a unique journey will be provided as well. 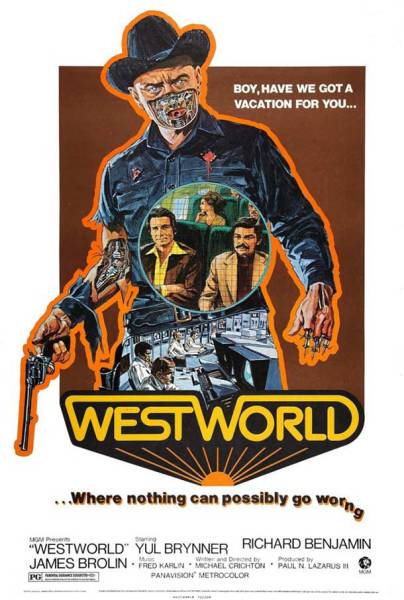 In the movie “Wag the Dog,” the President of the United States is thrust into a scandal where he’s accused of groping a Girl Scout in the oval office. The movie was released weeks before the Monica Lewinsky-Clinton scandal broke out. What’s even more ironic is the writer of the film tried to think of something that would never happen in real life. 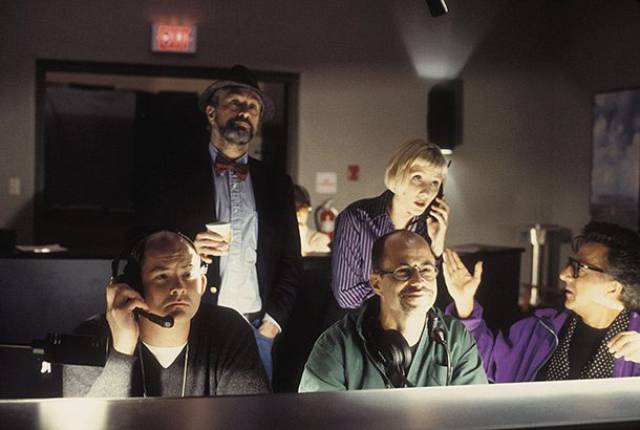 “Game of Death” stars Bruce Lee and is about an actor shooting a movie. In the movie, a stunt goes wrong on set and a prop gun turns out to be a real loaded gun and accidentally shoots Bruce Lee’s character. Putting aside this movie was posthumously released five years after Bruce Lee’s death (though that alone is kind of messed up), it predicted what would happen to Brandon Lee, Bruce Lee’s son, on the set of “The Crow” in 1993. 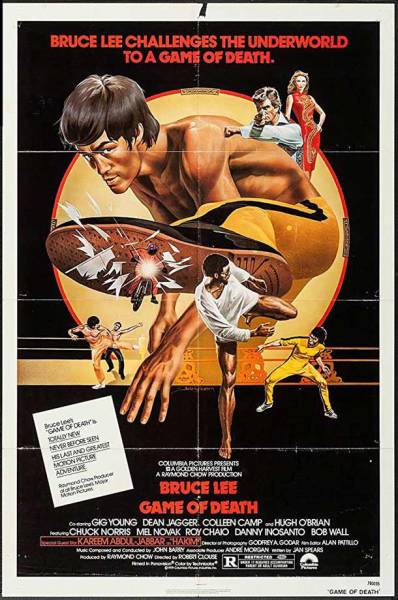 “A Clockwork Orange” is a futuristic dystopian movie where a city is plagued by gangs and violence from the nihilistic youth. It predicted a future where the older generation sat around watching television while the youth ran around committing all sorts of evil. It also featured a prison where criminals could be released if they undergo a brainwashing experiment. While prisons today haven’t sunk to levels that low, it was revealed recently that prisoners at a Tennessee prison could get reduced jail time if they got a vasectomy. 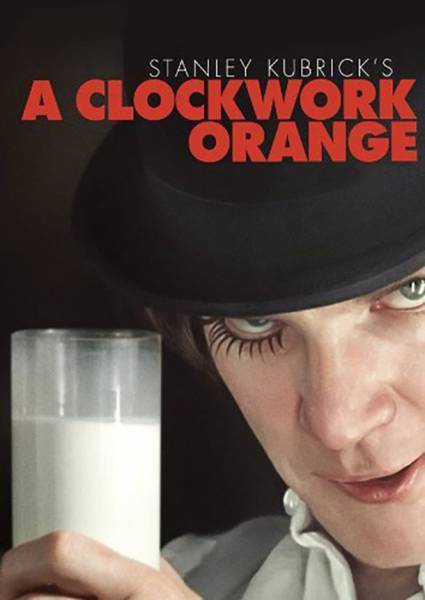 The setting for “Gremlins 2: A New Batch” was Clamp Tower (Yes, a parody of Trump Tower), and it was so futuristic it had automatic doors, lights, and everything else. Of course, it all went horribly wrong and nothing ever worked correctly. It’s not the first smart home prediction but it was worth mentioning. 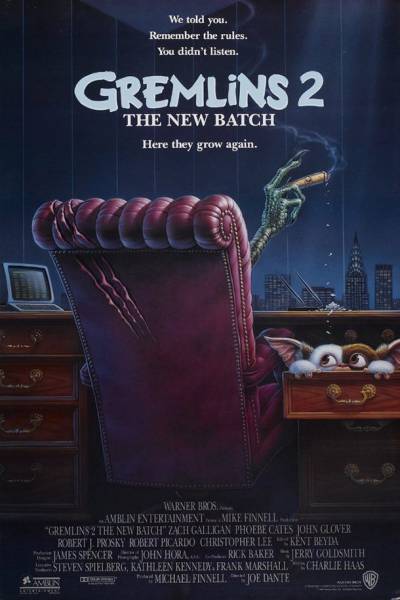 In the gripping movie “Children of Men,” the world is in chaos from a plague of infertility. Women can’t get pregnant, causing people to believe they don’t have a future. While, no, we haven’t reached levels that drastic, studies have shown from 1970 to 2014, fertility rates around the world have made a dramatic decline. 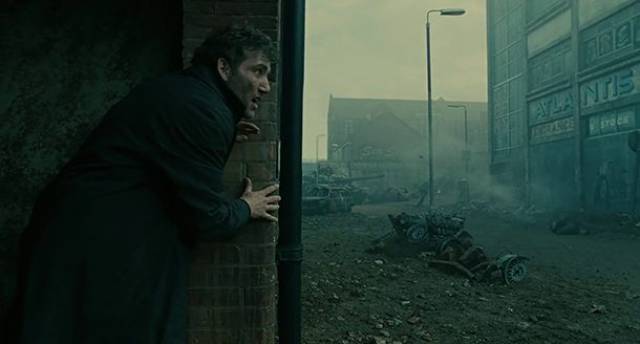 While “RoboCop” didn’t get everything right, like the fact we don’t yet even have RoboCops, it did predict facial recognition technology, robotic prosthetics, and the fact that Detroit would end up a bankrupt and crime-ridden city. 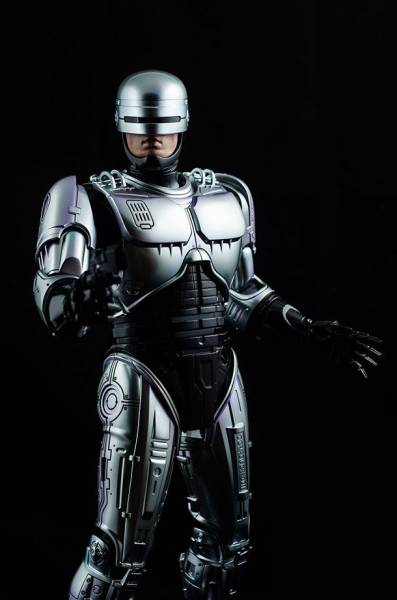 Yeah, everyone knows “Hackers” is a really cheesy movie but it still predicted much of the future we live in today. From the weak passwords everyone uses (We’re looking at you person who uses “password.”) to the global alliance of hackers, the movie had a keen intuition on the future world of cybercrime. 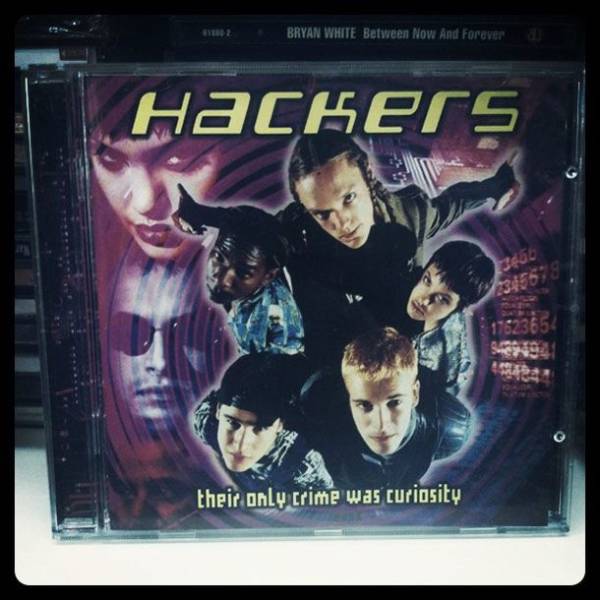 The genetically modified human dystopia in “Gattaca,” thankfully, hasn’t happened yet. However, one thing it totally got right was the ability to order an at home DNA testing kit to check out your genetic health risks. You can totally do that today. 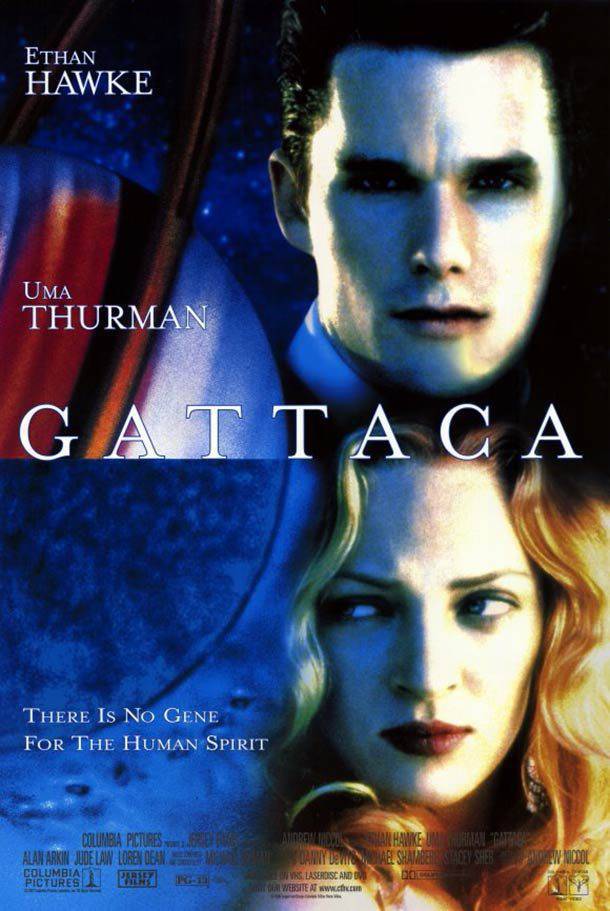