The anglerfish’s habitat is almost 5,000 feet deep in the sea. There are at least a dozen types of this fish. Its length ranges from 11 inches to 40 inches, and it can be up to 99 lb in weight. The anglerfish is carnivorous, so meeting it in the depths of the sea can be an extraordinary experience. If you were a small fish in the deep sea, you would definitely want to avoid this predator. 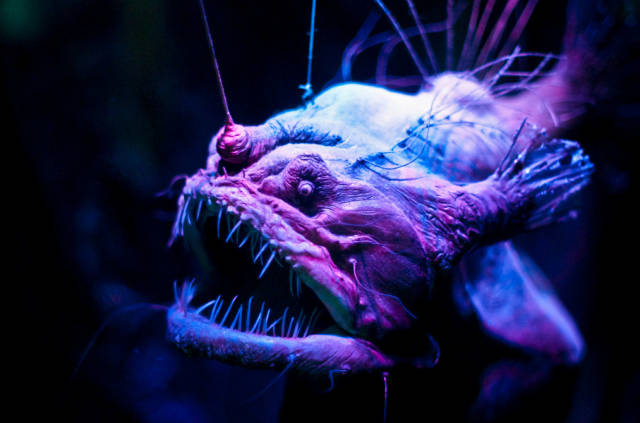 The elephant (aka ghost) shark is at the slowest evolution pace in the world. Over some 400 million years, its genome has not changed a bit. It lives at a depth of 600 feet and can grow to up to 5 feet in length. 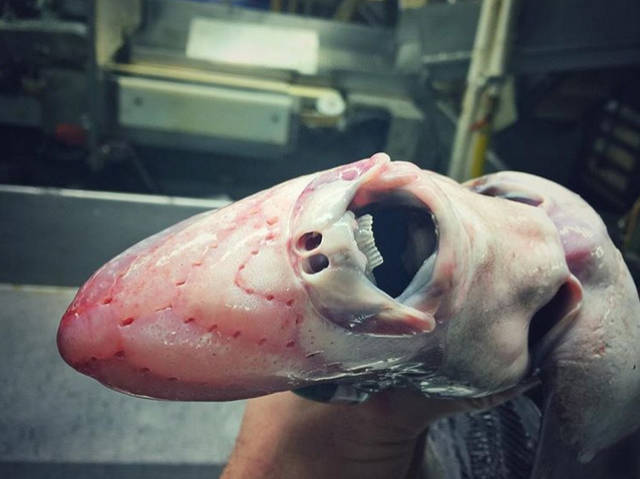 These are relatively small sharks that live at depths of 5,000 feet. The species is not endangered, despite a fishing spree on them. 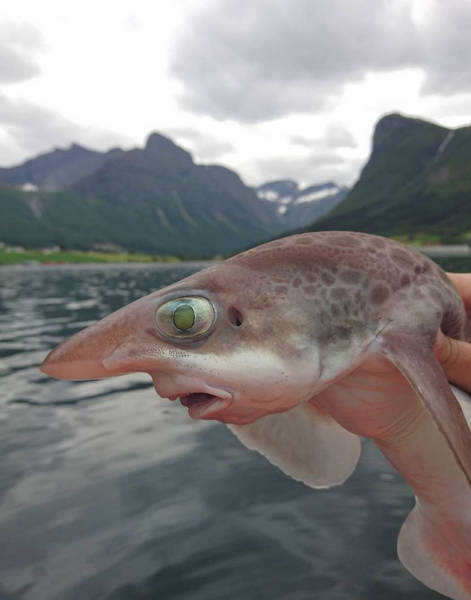 The name of this fish suits it well because it is one of the most unpleasant-looking fish you’ll ever encounter. The black seadevil’s habitat is 9,000 feet below sea level. 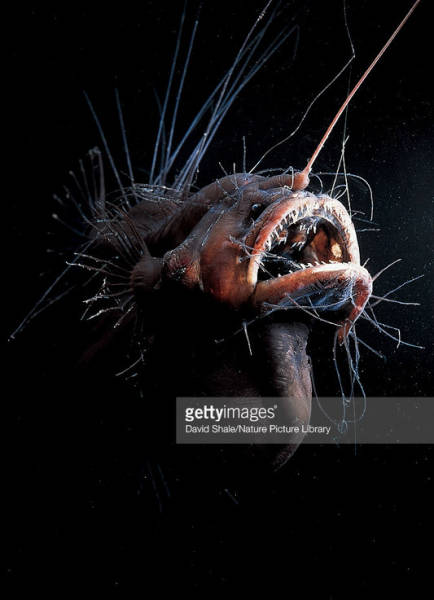 This squid has a great name that explains a lot: if its arm tip is bitten off, the squid easily regenerates it. So much for an eternal life! 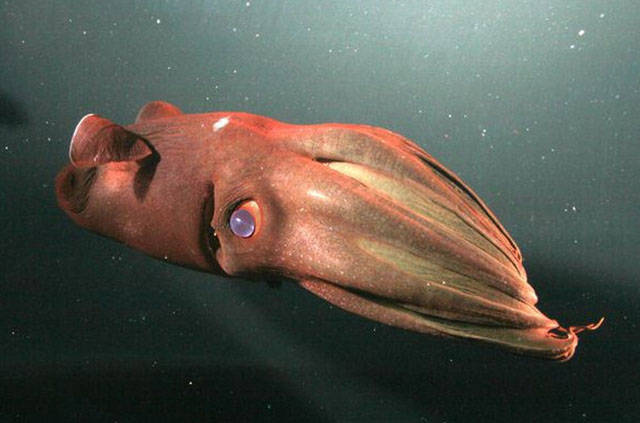 Sharks are known to be deep-sea creatures, so this one is no exception. The frilled shark is found at a depth of 5,000 feet in the ocean. Their bodies grow to 6 feet 6 inches. We don’t want to meet it anywhere, so it’s good to know it lives that deep in the sea! 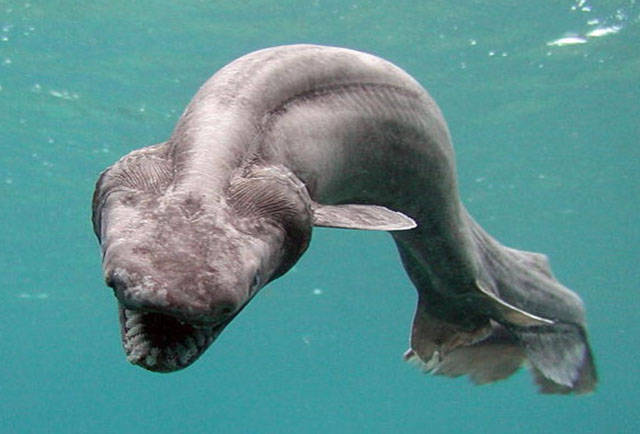 Though almost boneless and small, this eel can eat a much bigger prey than its own size. Living at 10,000 feet under the sea, you won’t encounter it unless you search hard for it. 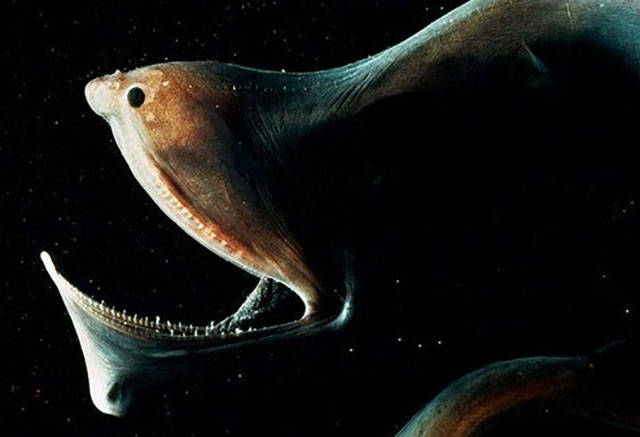 This 23-inch viperfish lives 13,000 feet below sea level. It feeds on anything it can capture and kill with its sharp-as-a-needle teeth. 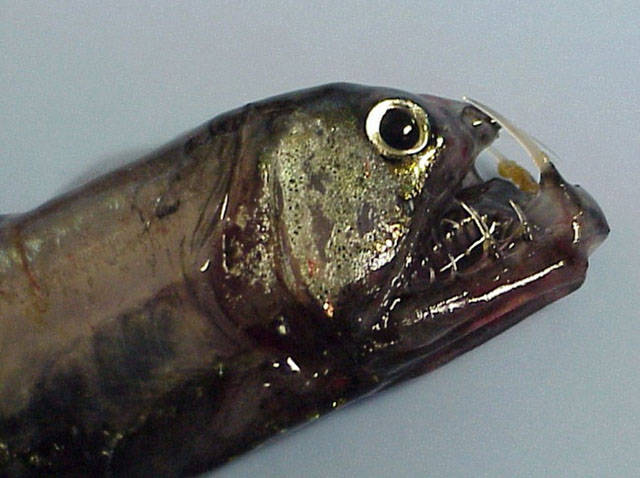 Anglerfish when pulled out of the water

Jeanett Bersaas is a fishing enthusiast from Norway. Here she caught an anglerfish and then released it back into the ocean. 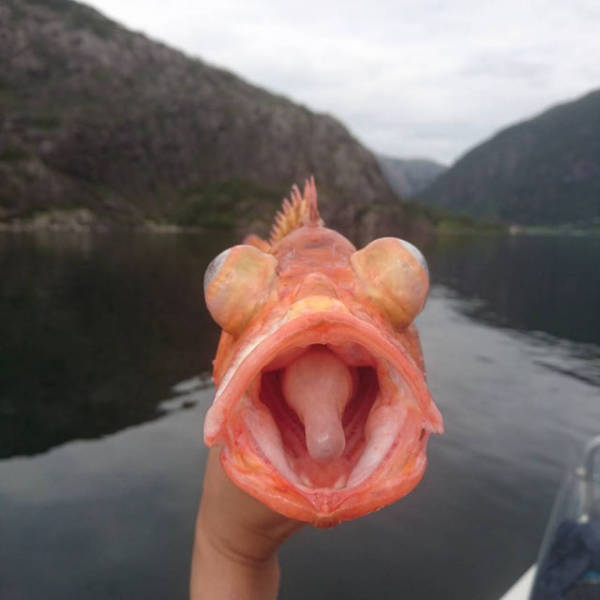 Don’t let the beautiful name confuse you. This fish is a predator, using its camouflage to attack its victims. So much for a pretty name. 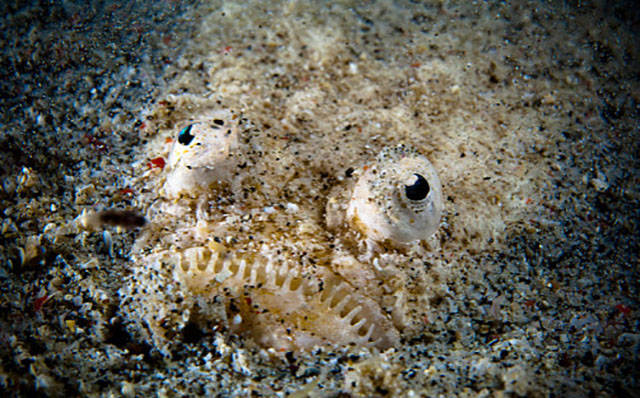 This creature is a carnivorous giant isopod that has its home 7,000 feet down under the sea. It preys on dead whales and fish. 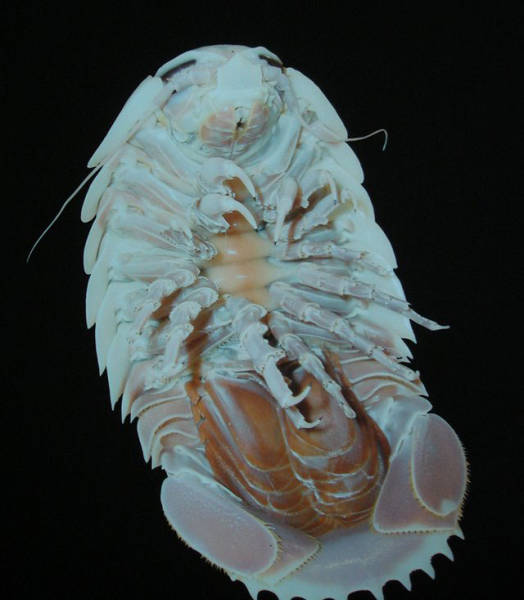 Chimaera is this shark’s other name. Living at 8,500 feet, this shark rarely sees daylight or humans. 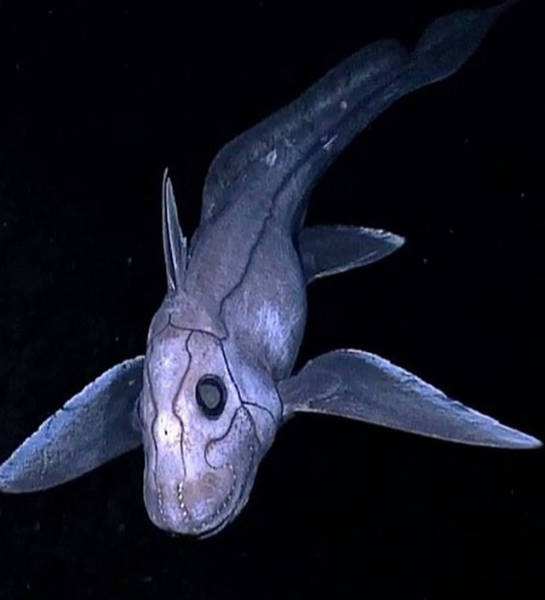 The spothead lanternfish lives at a depth of 2,600 feet in the Eastern Atlantic. So if you happen to like deep-sea fishing and live on the Atlantic coast, you might catch it one day. 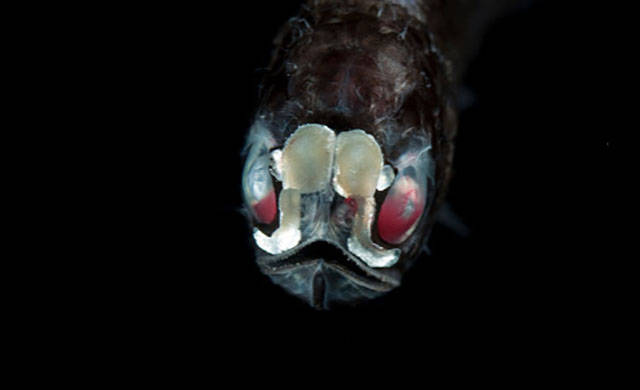 We don’t think anyone would like to meet a goblin-like shark. It’s good to know that it mostly lives at 4,300 feet. 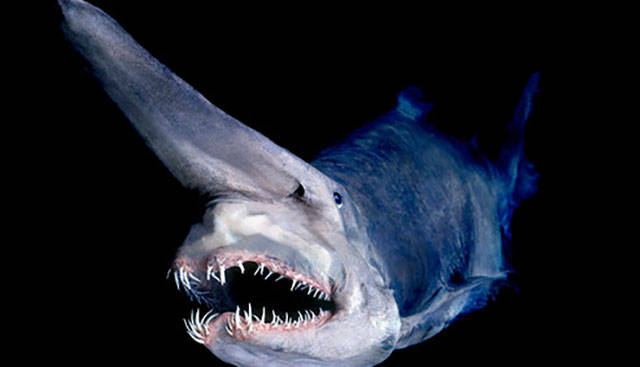 The fish that resembles a dragon lives at a depth of 16,000 feet and is a predator that uses its light-producing organs to hunt for its prey. 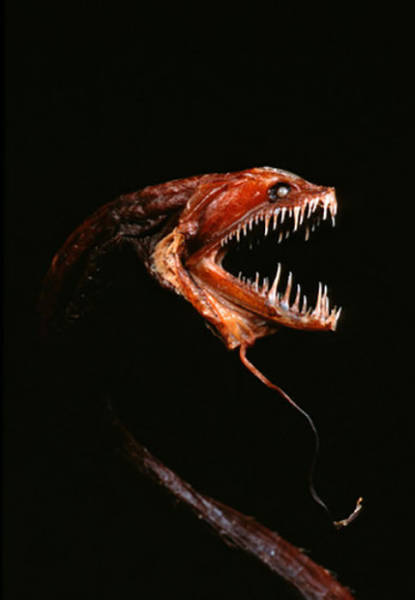 Barreleyes live at a depth of 8,200 feet. They are known for their large protruding eyes that are covered by transparent tissue. The eyes usually face up but sometimes can change direction if needed. 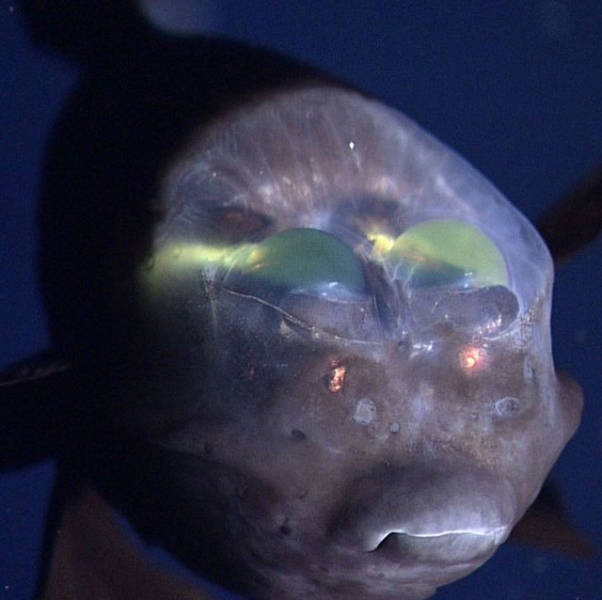 Discovered in 2003, this giant jellyfish has a distinctive red color and lives near the seabed at 4,900 feet. They grow to up 30 inches in diameter. Now imagine facing it while taking a dip in the Pacific on your vacation. 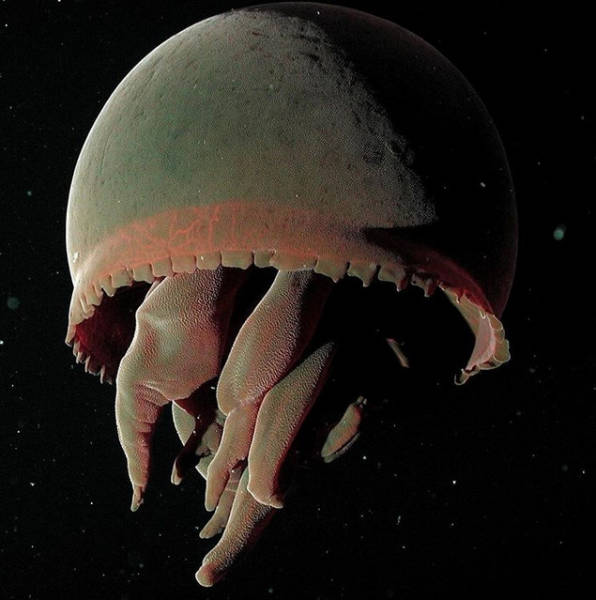 This giant octopus reaches the size of 43 feet long and 165 lb in weight. The creature lives in the deep seas at 6,600 feet and was first discovered in 2006. 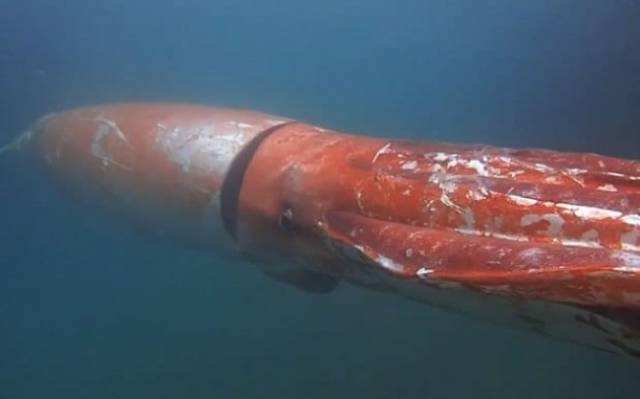 Hatchet fish live at depths of up to 6,000 feet and produce light. Well, no one would like to live that deep without any source of light. 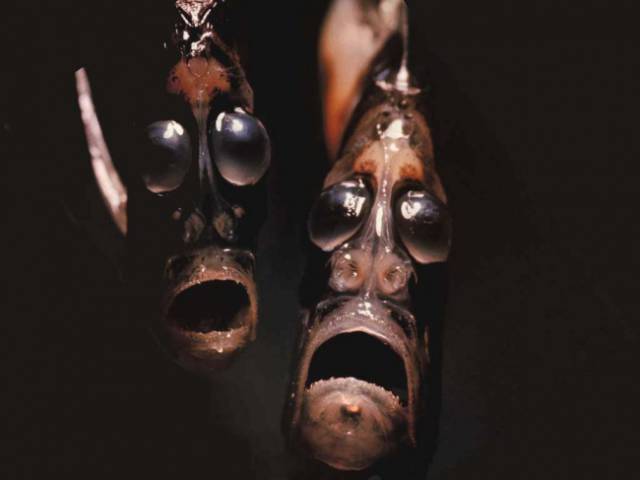 The Dumbo octopus’s habitat lies as low as 11,000 feet. The cute name comes from Disney’s Dumbo the elephant: the fins the octopus has resemble Dumbo’s ears. Discovered in 2014 after a Gulf of Mexico expedition by NOAA. 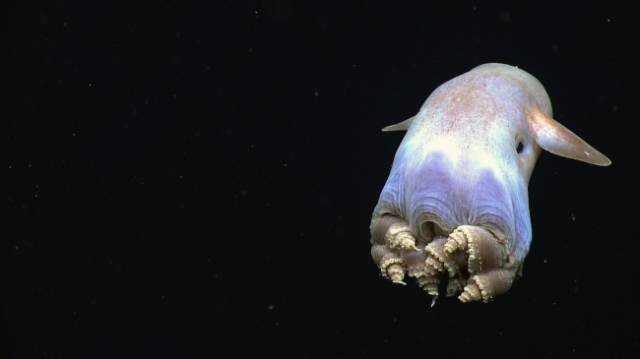 Phronima, the inspiration for Alien

If you remember the Alien movie’s main character, then meet its inspiration: phronima. This deep-sea amphipoda lives in the seabeds of most oceans, except the Arctic. They can be found at a depth of 17,000 feet. Looking at it does remind us of Alien. 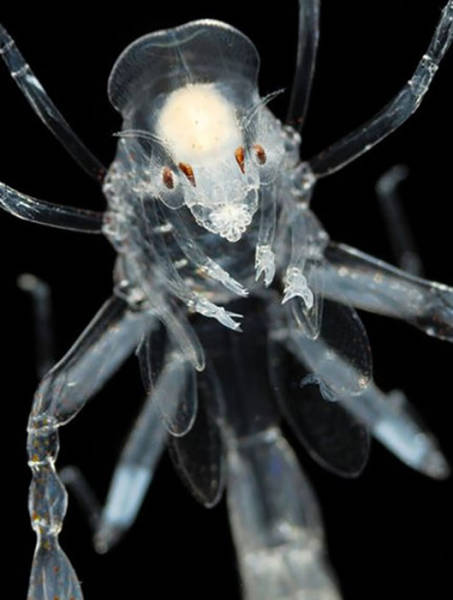 Fenrisulven 2 year s ago
#9 Wrong, this is a Rose fish: https://en.wikipedia.org/wiki/Rose_fish
Never underestimate the power of large crowds, of stupid people.
Reply