After years of control, violating human rights and financing global terrorism, Gaddafi was captured by a rebel militia and his capture was shared all over the world, via a cellphone. According to the video, he was beaten and sodomized with a bayonet before being shot several times. 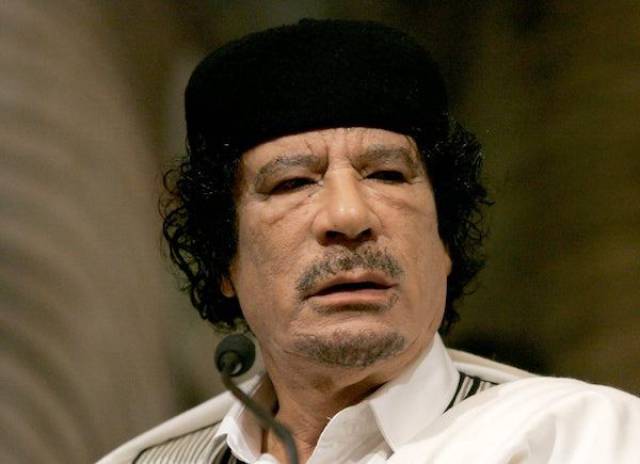 The President of Iraq, known by the nickname of “The Butcher of Bagdad” was captured by US forces in 2003 and convicted by an Iraq court of crimes against humanity. He was executed by hanging in 2006, and a video was recorded and leaked for the world to see. There were also rumours that his body was stabbed several times after death as well. 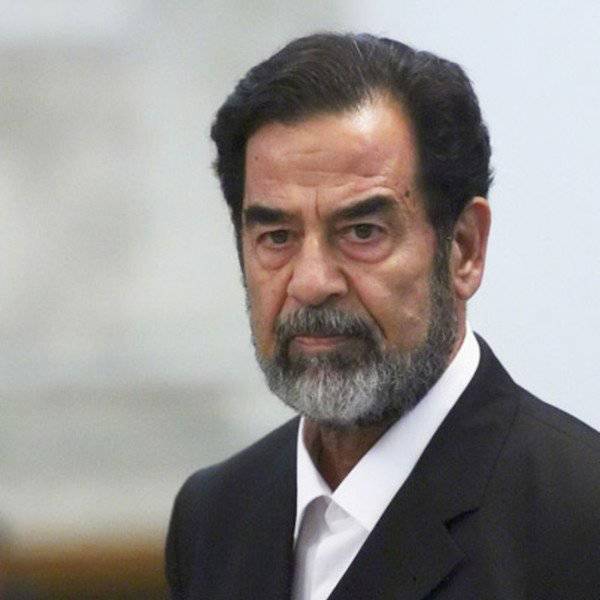 We all should know this story, but after ruling Rome with an iron fist, he was betrayed and stabbed by his closest friends. There were at total of 23 stab wounds, courtesy of several Roman senators. The conspirators all fled, leaving him to bleed to death. 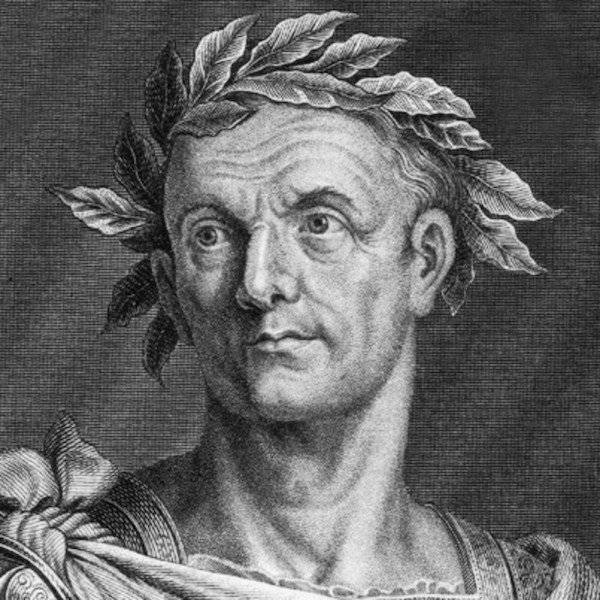 The less that is said about him, the better. It’s only fitting, however, that taking your own life (either by pistol or poison capsule) in an underground bunker, in the last days of the war, isn’t a dignified way to go. It’s pretty cowardly. 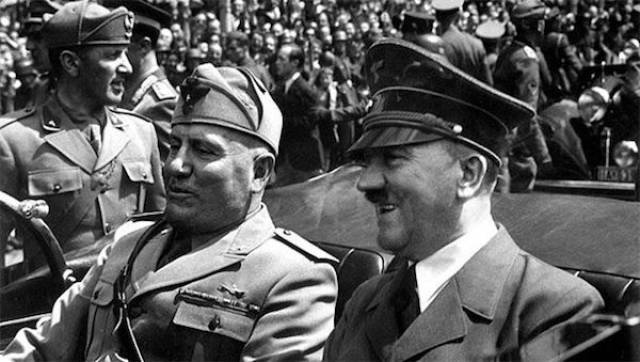 The dictator in charge of Italy during WWII and close compatriot to Hitler, Mussolini was executed by firing squad and his body (as well as his mistress), was hung upside down at an Esso gas station in Milan, while crowds spit on them and threw rocks. 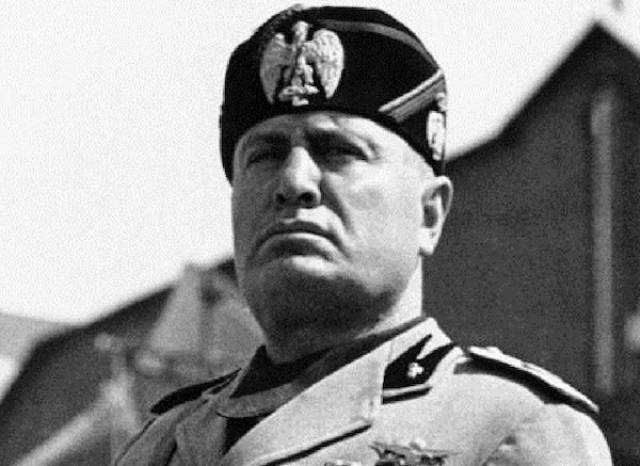 When you spend your days disregarding the lives of the people you rule, and kill all of your friends and allies due to paranoia, you’re likely to die alone. Stalin did. Since his guards were too afraid to enter his quarters, Stalin was found lying on the floor covered in urine in March of 1953. He had suffered a cerebral hemorrhage and no one knew. He spent his last days alone and in pain. 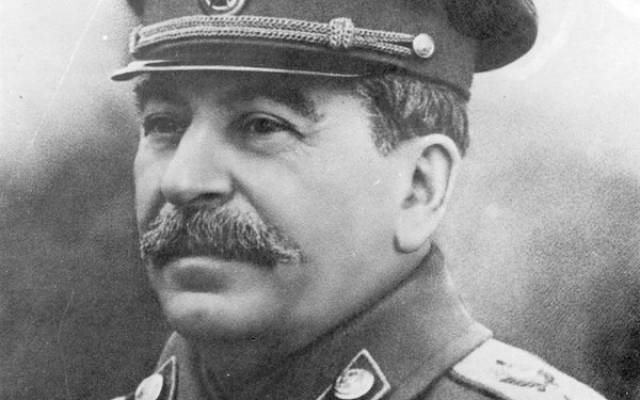 Chairman Mao, who starved his people and helped communism gain a stranglehold on the country, didn’t die a violent death in a conventional sense. Mao was a heavy smoker and after suffering three heart attacks, the man who claimed he had no heart, was ultimately undone by his. 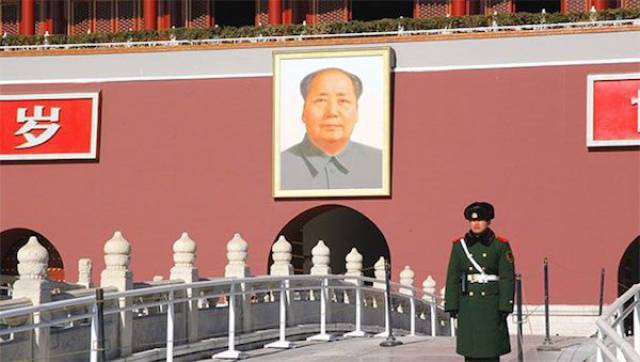 Tsar Nicholas was the last Emperor of Russia, and while he wasn’t a dictator per se, he was incredibly inept as a leader. He violently suppressed rebellions, led Russia into several wars that cost millions of lives and turned an economic powerhouse into a struggling country. He was forced to abdicate in 1917 and was executed along with his family by Bolshevik revolutionaries. 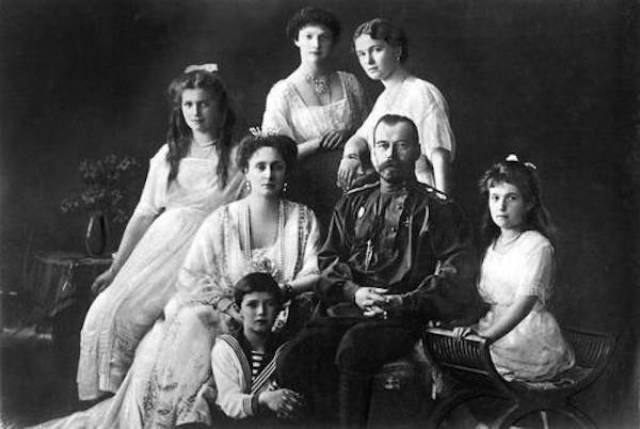 Sung and his cult of personality ruled North Korea for a long time, and his influence is still felt today with his grandson Kim Jong-Un. Much like Mao, he built a whole air of mystery and worship around him, while heartlessly subjugating his people. It was ultimately a heart attack that did him in. 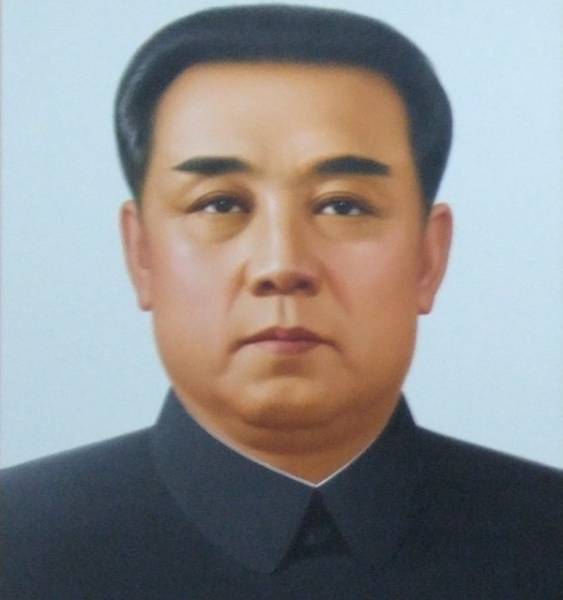 A Communist dictator, he was notorious for his secret police, his surveillance state and the human rights abuses in the country. After the people turned on him shortly after the fall of the Berlin Wall (and by default Communism and the Cold War), he was captured and executed by the firing squad. Unfortunately for him, the country abolished their death penalty a year later. 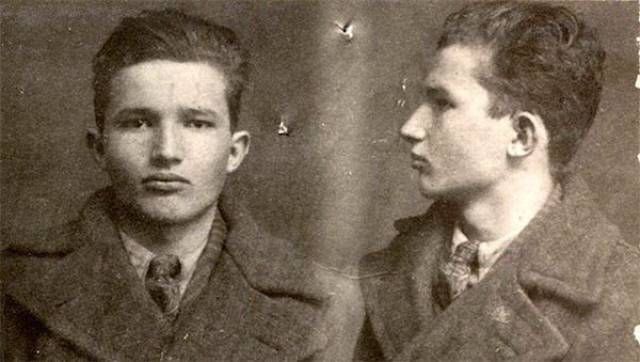 While he might not be as recognizable as Stalin, Hitler or Caeser, Amin was a ruthless dictator who massacred over 500,000 people during his 8 year reign. He was forced into exile, but never repented or regretted his actions. He died of Kidney failure after slipping into a coma and having his request to die in his home country denied. 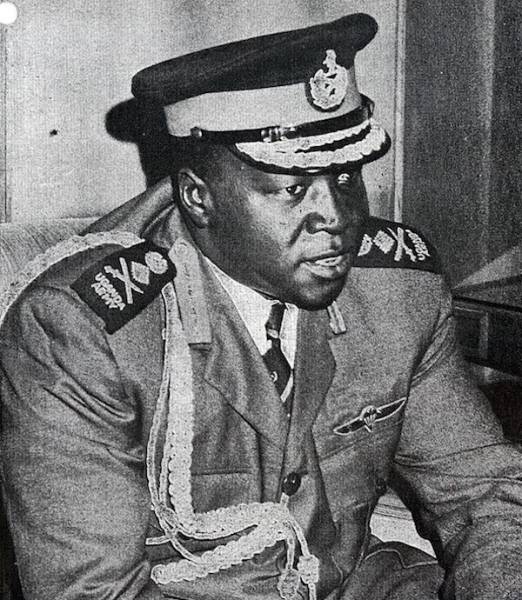 The third president of Egypt was a strong political force, who was considered a benign dictator. He tried to maintain peace in the Middle East, but also did whatever he could to position Egypt in to a place of power and himself as a global leader. He was also brutal towards dissidents and rebels. He was shot point blank during a military parade, and was mortally wounded. 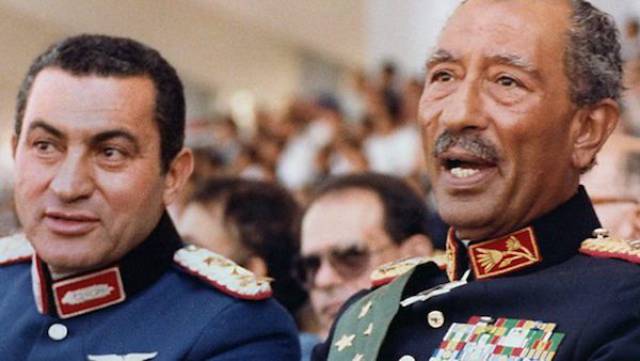 A brutal Persian leader, who’s desire for power led him to try to invade Greece, unsuccessfully and with heavy casualties. In 465 BC, the commander of his royal bodyguard, with the help of a loyal eunuch, assassinated Xerxes. 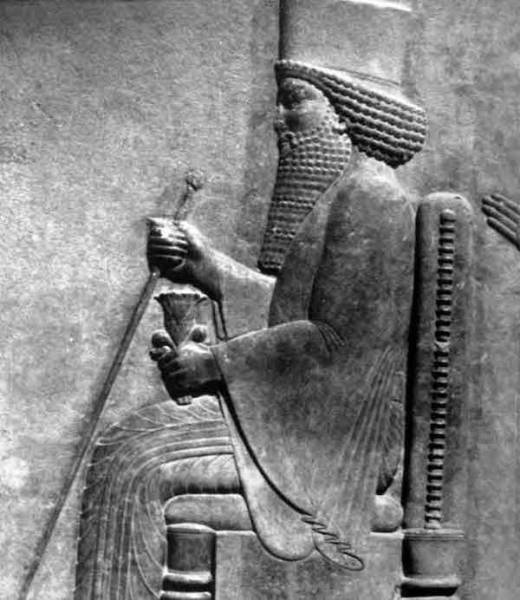 A notable figure during the French Revolution’s Reign of Terror, he was draconian in how he dealt with revolutionaries in France, and was a key figure in the deposition and guillotine execution of King Louis XVI.

Robespierre was arrested when the tides of the revolution turned and when he failed to take his own life with a pistol, he was executed by the tool that he favoured the most: the guillotine. 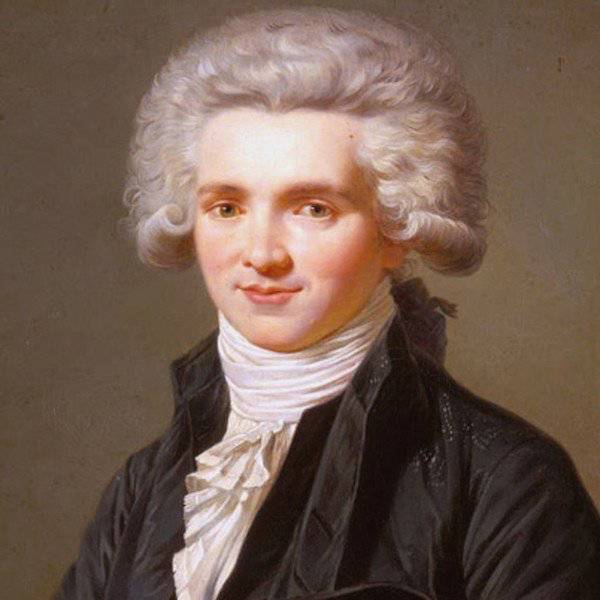 A brutal man who orchestrated the Cambodian genocide, eradicating close to 25% of his country’s population through his totalitarian dictatorship.

He was arrested by an invading Vietnam army, suffering a stroke that paralyzed the left side of his body. He was then placed under house arrest, where he either took his own life, or was assassinated. 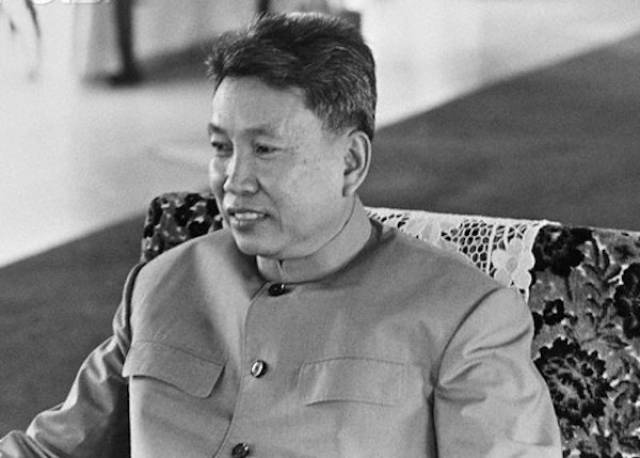 He didn’t get his name for a nice reason. After impaling his enemies and bathing in their blood, he was eventually killed in battle and his body was chopped up and his head was sent to his enemy as a trophy. 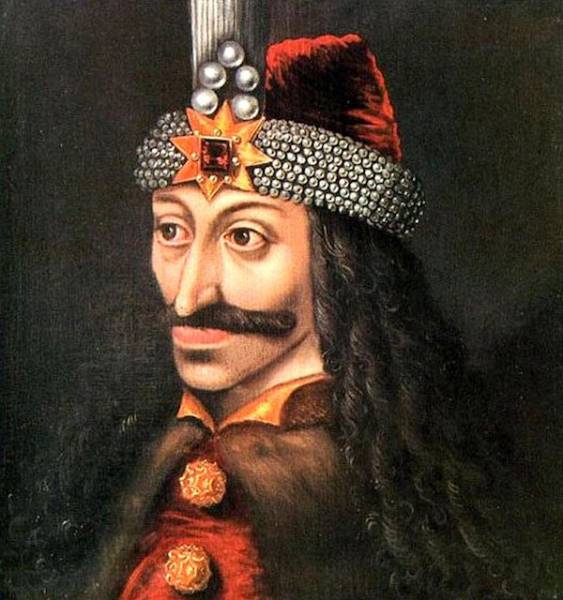 Cromwell was the Lord Protector of England, Scotland and Ireland in the 1650’s. He was a complicated figure, considered a military dictator by some, a hero of liberty by others and a class revolutionary by Trotsky. He did, however, commit genocide against catholics in Ireland, so there’s that.

Cromwell suffered from malaria and kidney stones in the latter half of his life, and his death was honoured with an elaborate funeral. A few years later, his body was exhumed and subjected to a posthumous execution. His body was hanged in chains, then thrown into a pit, while his head was displayed outside of Westminster hall for close to 20 years. 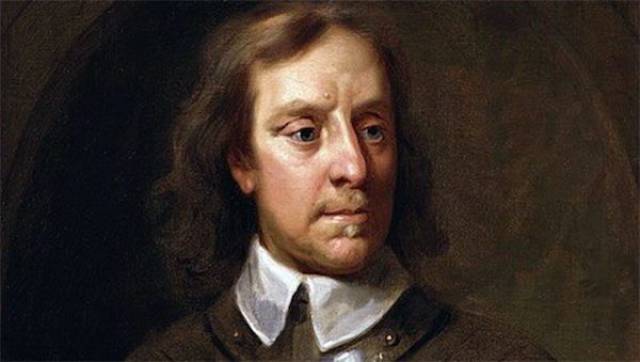 Guess being a brutal dictator doesn’t guarantee a happy ending.

epawlik 2 year s ago
Under Gaddafi:

* In Libya a home is considered a natural right
* Education and medical treatment were all free
* Carried out the world’s largest irrigation project
* It was free to start a farming business
* A bursary was given to mothers with newborn babies
* Electricity was free
* Cheap petrol
* Gaddafi raised the level of education
* Libya had It’s own state bank
* The gold dinar - the reason Team Dark had him murdered!
Reply
-2

channax 2 year s ago
a piece of shit ruling a country for 40 years,
it's called a DICTATOR !