Scientific Facts About Why Dogs Are Awesome (11 pics + 3 gifs)

Dogs really do love us

According to the research, they see us as their family, and feel more affinity to us, than they do other unfamiliar dogs. To them, their owner is their parent, and their love for us will cause them to do anything and everything to make us happy and feel secure, which makes them feel secure. 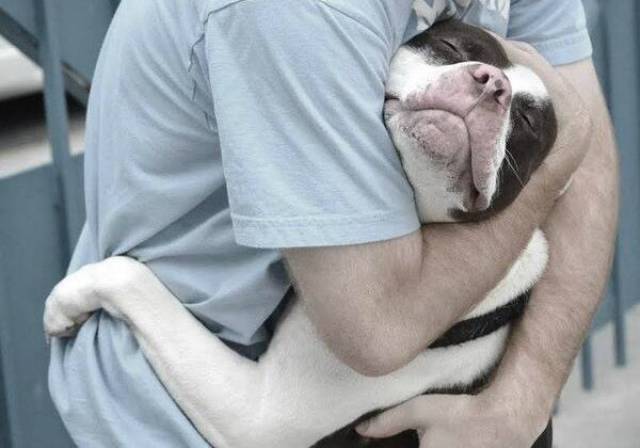 If you’ve seen dogs on TV use their nose to save humans in danger, you should know that it’s not fiction. The sense of smell is one of the dog’s most important senses, and they use it to understand the world around them. According to a study in 2014, scientists wanted to examine the canine ability to differentiate between the scents of familiar dogs & people versus unfamiliar ones. What they found was that dogs prioritize their human’s smells over everything else. It lights up a reward centre in their brain, and fills them with joy. 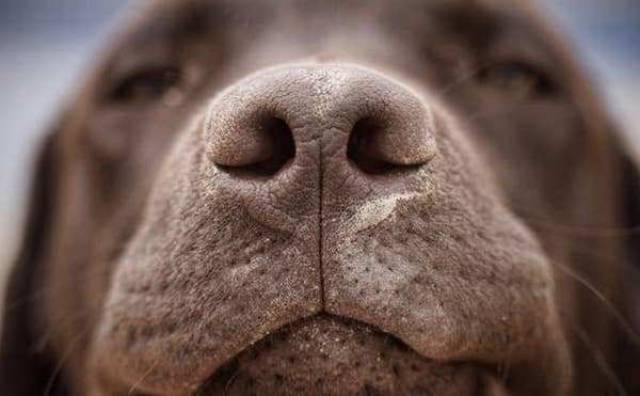 Dogs have the ability to read body language and distinguish between smiling and neutral human faces, and will use that information in how they react to you. 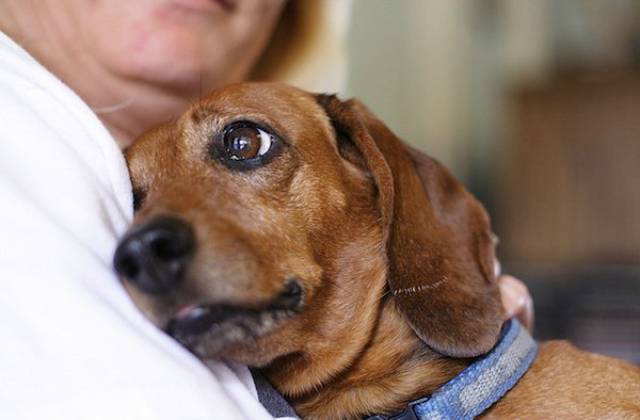 Dogs and Humans share the same reward centre in the brain

There’s a reason why dogs love their treats so much; it’s the same as us. It’s not just the taste, but a part of their brain lights up when they get rewarded. Researchers gave the dogs hand signals that would indicate that they’d get a treat or would be denied a treat, then scanned their brains. When they saw the signal for treat, their brains lit up.

This indicates that dogs play close attention to our signals, and they play a huge part in the dog’s reward system.

Dogs are huge on eye contact, and will look right into your soul to communicate needs and emotions. In fact, dogs would rather look at their humans eyes, then their actual biological dog parents. We all know this look, the “puppy dog eyes.” It helps bond the parents and the dogs.

It’s also reflective of the animals nature: timid dogs want something, while an aggressive dog is challenging you. This is why sometimes you don’t stare into an unfamiliar dog’s eyes – it’s a display of dominance. 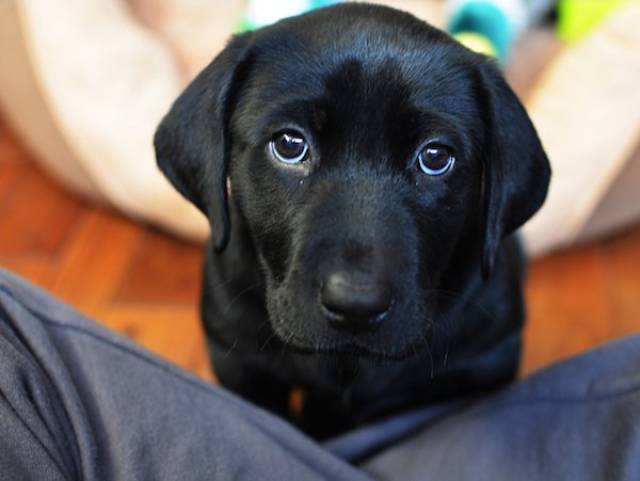 The meanings of certain words are understood by dogs

When you tell your pup you love them, they understand, right? You might think so, and you’re not far off. Studies have found that dogs process language in the same part of the brains as well do. Dogs don’t just know who we are and how we say things, but also understand a degree of what we say. As long as the word has a meaning and an association, they can determine what you’re saying and what it all means.

Also, intonation is a huge thing. You can say absolute gibberish to your pup, but if you say it happily, they’ll understand the emotion and meaning behind it. 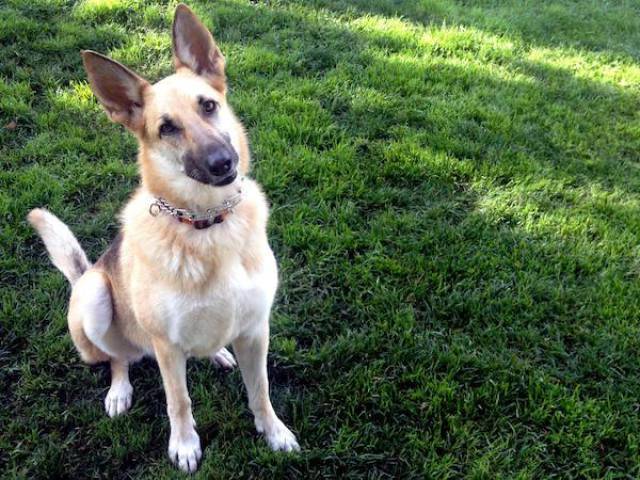 Dogs process sound in a similar way to humans

There was a study in Hungary that looked at how dog process sound, and it’s the same as us; it’s the same part of the brain. What this means is that when dogs hear whimpering and angry barking (emotional dog noises), they have the same physical reactions as we do. Emotionally charged human noises, cause the same effects. Simply put, humans and dogs react the same way to emotional dog and human noises. That said, it was proven that dogs are more reactive to canine sounds, than human sounds. 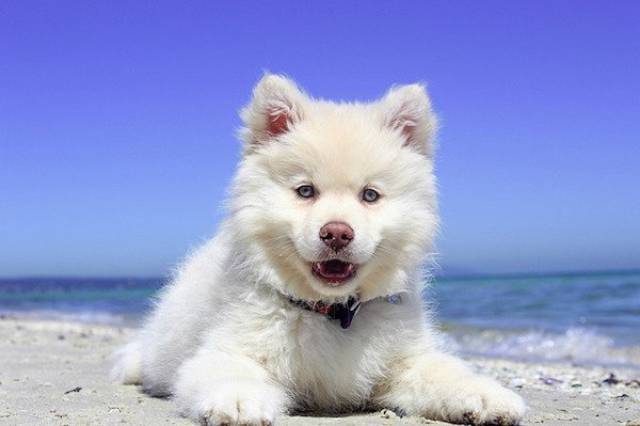 The love hormone that drives us, also drives dogs too

Dogs have the same hormones and chemical changes that occur during an emotional state, as well do. These hormones include oxytocin, which is a love/affection/warm feeling chemical. According to a Japanese study, when dogs and humans gazed at each other, there were increased levels of the chemical, not unlike the process of a mother-child bond.

So when someone refers to their doggo as a fur-baby, it’s true. They are like children to us, because that’s how they perceive us. 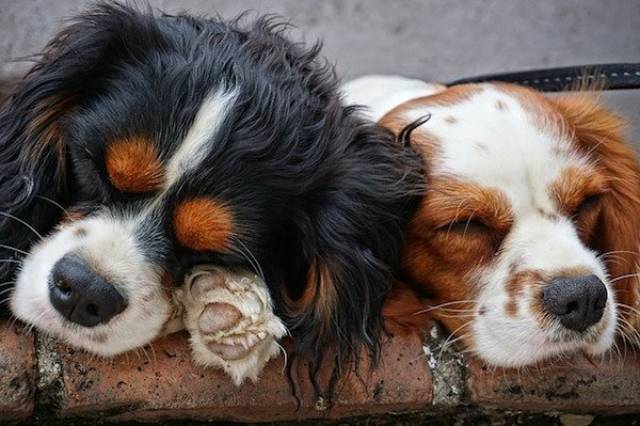 You’ve probably seen this in person, when you’ve had a shitty day and your dog reacts in the most comforting way. It’s almost as if he feels empathy with you. I hate to burst your bubble, but dog’s don’t feel that complex human emotion. Instead, what dogs are feeling is an “emotional contagion”- a response to your feelings, that make the dog feel the same way.

So what this response is, is essentially the dog feeling just as sad as you and seeking your comfort. You, in turn, are comforted. So, while they don’t understand what you’re going through, they sympathize with you, and you guys can feel better together. 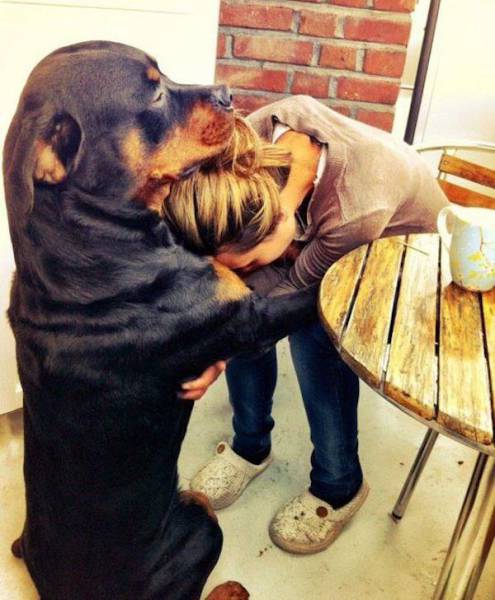 Dogs and babies are more similar than you think

According to scientists, the canine brain is similar to a 2-year-old child. Like a kid, a dog will seek out a parent for comfort when scared or worried, and are capable of problem solving much like a tiny human. They do this, because they feel a connection to their human, and know that their human will care and comfort them, much like a human child. 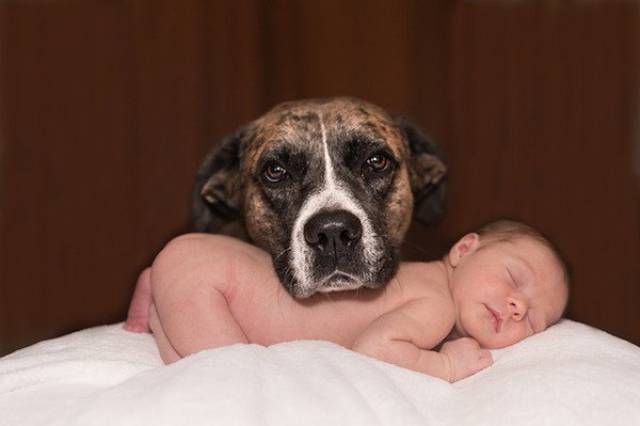 Dog do have dreams

Dog owners can attest to the fact that while their buddy is sleeping, they’ll kick their leg, let out a growl or look like they’re running. They must be dreaming, right? When scientists analyzed brain wave patters during sleep, they found that they’re similar to humans, hence they’re probably dreaming. While actual research has been only done on rat brains thus far (which are smaller and less complex), they found that the impulses were the same, hence it’s probable that dogs dream.

What they’re dreaming of, however, is still a mystery. It’s probably of you. They love you.

You know that look. You come home and all your shit’s been ripped up and your dog his hiding and/or hanging his head. Most people assume they feel ashamed. Well, as sophisticated as their brains may be, they’re not feeling bad about what they did. They’re feeling afraid.

According to a study that looked at what dogs do when their owners are not around, they found that the so-called guilty look is actually a response to the owners reaction, rather than an understanding that they fucked up. So it’s not a reaction to their act, but a reaction, to your reaction, to what they did. 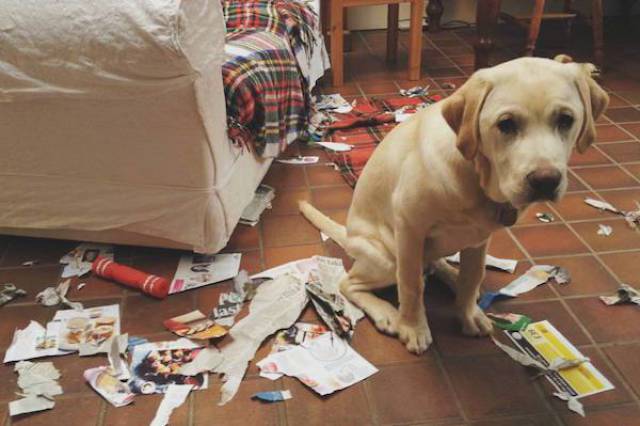 Dogs can differentiate between human faces

While it seems pretty evident, this is actually a remarkable ability. Only a few animals can do this. A study compared the reactions in dog brains when they look at everyday objects vs. human faces vs. their human’s face, and it was found that their brains lit up with faces. Located in the temporal cortex, which is the same part that lights us for us, this proves that dogs know us by sight as well.

This explains why your dog goes nuts when you FaceTime them too. They know your features, bud. 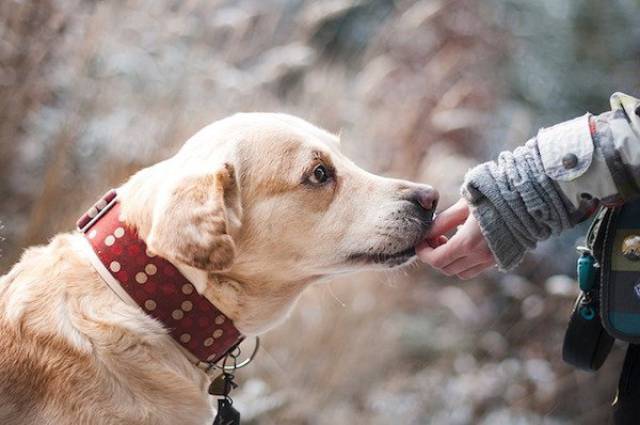