Even Among Animals There Are Some Notable Long-Livers (18 pics) 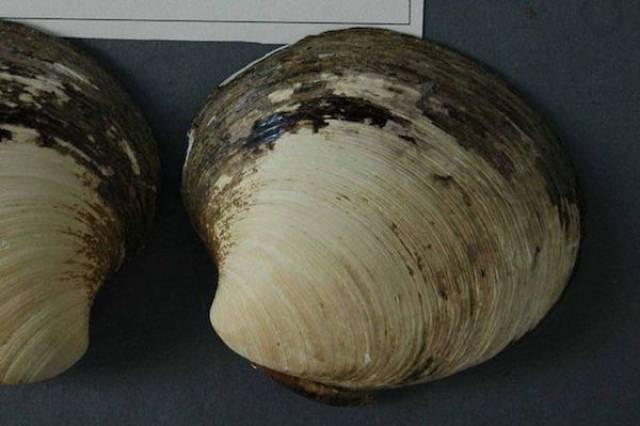 Ming was a nickname given to a Quahog clam that was found off the coast of Iceland in 2006. Originally named after the Ming Dynasty in China, the name was eventually changed to Hafrún, meaning “The mystery of the ocean.” They calculated its age based off of the annual growth lines on it’s shell. Based on the lines and some testing that was conducted by scientists, this particular clam started its life in 1499.

Regrettably, some time between 2006 and 2013, a scientist had the brilliant idea to open Ming/Hafrún up to do some tests and killed it. Survived 507 years in the wilds of nature, only for curiosity to kill the clam. 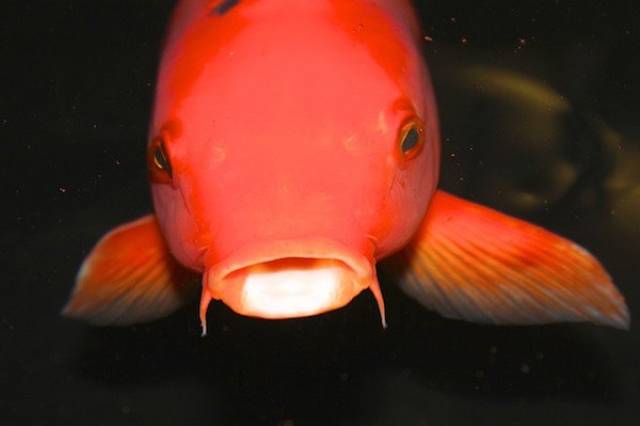 It’s a well known fact that Koi fish can live for a very long time, under the right conditions. Some have been known to live for close to a century. This particular fish, however, was able to double that. Born in 1751, this colourful carp was older than the US.

She was the pet of a professor in Japan, and passed away due to old age in 1977. No one knows the secret to her old age. 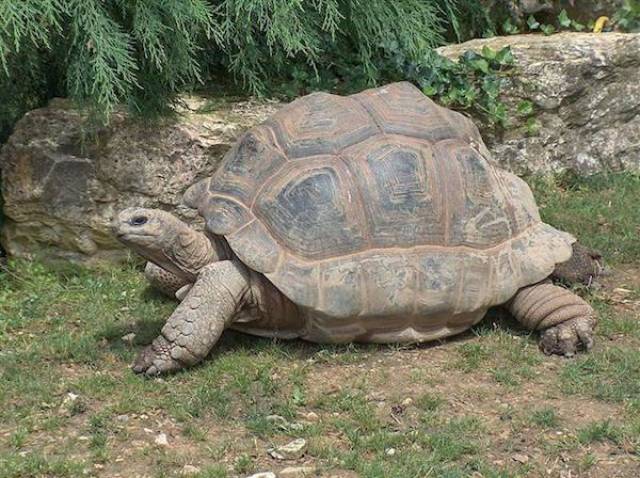 Adwaita was a male giant tortoise, who lived at the Alipore Zoological Gardens in Kolkata, India. Born in 1750, he was a gift given to a British officer, who then gifted the Giant Tortoise to a series of zoos in perpetuity.

In 2006, his shell was found cracked, which led an infected wound underneath. He eventually succumbed to liver failure and passed away. He was the oldest living terrestrial mammal and tortoise. 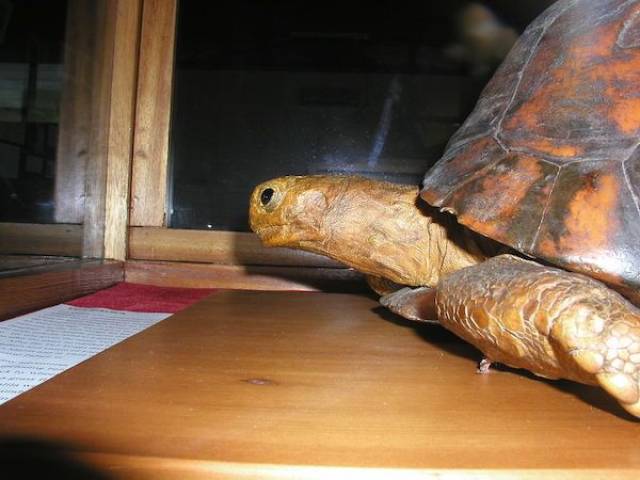 Tu’i Malila was a Radiated Tortoise that was given to the Royal Family of Tonga, by Captain James Cook in the 18th century. It’s not known whether or not the tortoise was male or female, but what is known is that it hatched in 1777 and died in 1965, making it almost two centuries old at the time of death.

You can actually check out the preserved body of Tu’i Malila at the Tongan National Center on the island of Tongatapu. 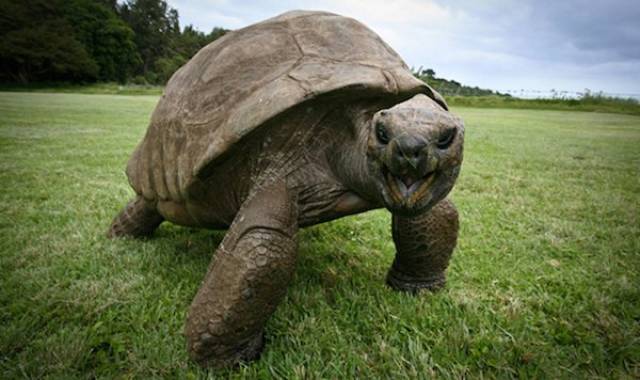 I’m sure, by now, you’ve picked up that Tortoises can live a long time. What makes Jonathan different is that he’s still alive. Living on the Island of Saint Helena, he roams the grounds of the Island’s Governor’s plantation.

Unfortunately, he’s blind and has lost his sense of smell, but his sense of hearing is still sharp, and he’s cared for by the other Tortoises and caretakers. 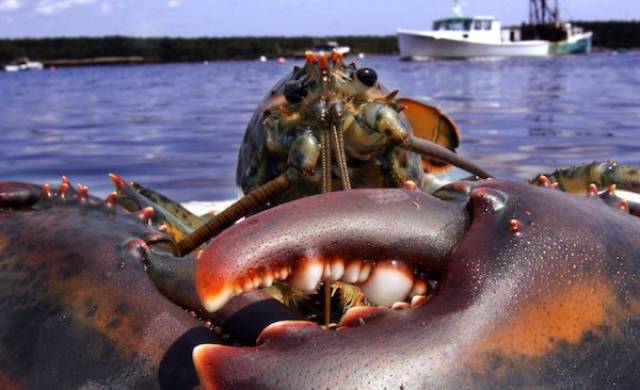 This guy was just living in a tank as the mascot of the City Crab and Seafood restaurant in NYC, when he was discovered by PETA. They petitioned to have him released back in the wild, due to his huge size and apparent age, and it was granted. While Lobster dating and aging is highly controversial (essentially, they keep growing, reproducing and molting until they’re caught or eaten by a predator, so they assume a Lobster is old because it’s huge), it’s assumed that George is the oldest Lobster caught thus far. 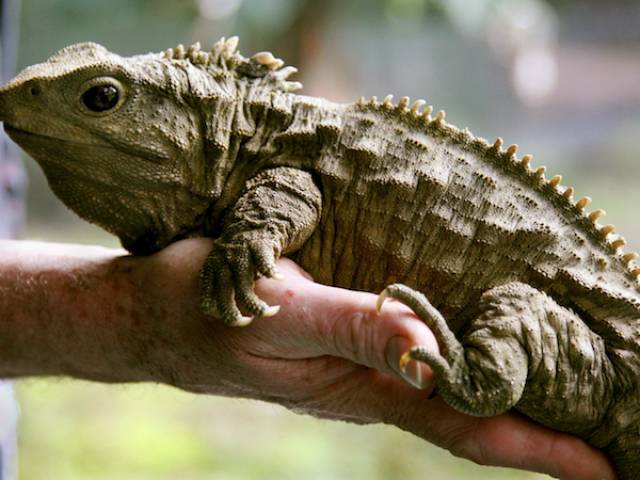 Tuataras are lizards that date back to the dinosaur times, and have long lifespans. Henry, lives in the Southland Museum in New Zealand, and in 2006, at the ripe old age of 111, mated with an 80 year old female and had 11 babies. This helps bolster the endangered Tuatara population, and virile Henry shows no signs of stopping anytime soon.

Only took him 111 years to work up the libido. Charlie was a female blue-and-yellow macaw, reportedly hatched in 1899, making her the oldest living bird. She’s also known as “Charlie the Curser” due to her profane language. She currently lives in a garden centre, in Surrey, England, and was reportedly the pet of Winston Churchill, who taught her all of her curse words, and some anti-Nazi tirades.

There’s no proof of this, but it’s a cool story nonetheless. 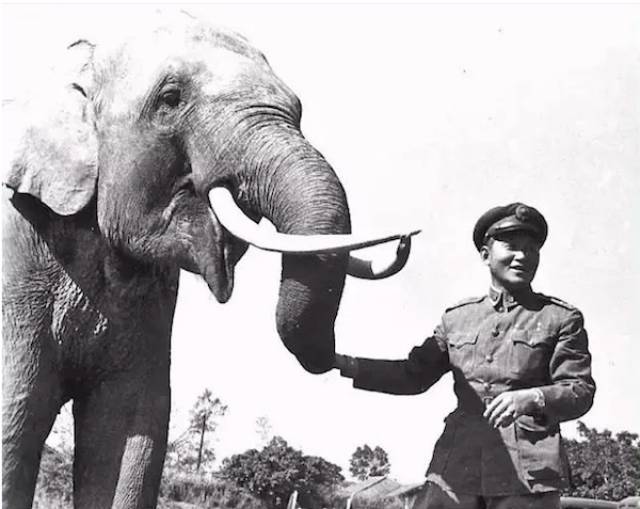 Lin Wang was born in 1917 and served with the Chinese Expeditionary force during the Second Sino-Japanese War (between Japan and China during WWII). After that, he was moved to Taiwan and lived a great life at the Taipei Zoo, becoming the most famous animal in the country. Nicknamed “Grandpa Lin,” he started getting arthritis in his hind legs in 2003, and passed away shortly after.

His memorial services lasted several weeks, and was a national affair. 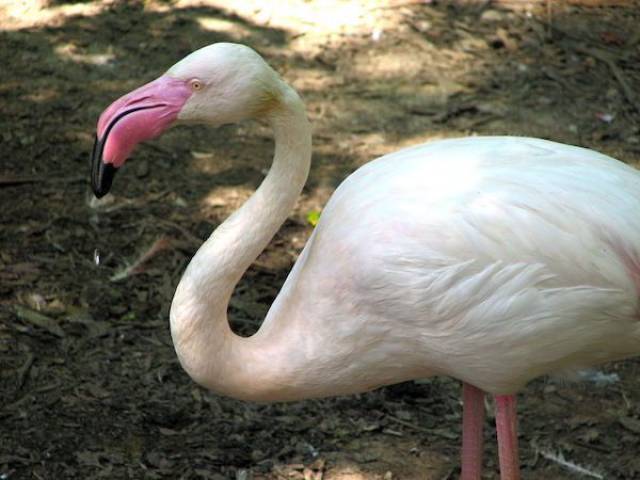 Also known as Flamingo One, Greater the Flamingo was a resident of the Adelaide Zoo in Australia, and came to the continent sometime between 1919-1933. Zoologists were unsure of Greater’s sex, but it’s generally assumed that this was the oldest specimen in the world.

Greater was plagued with some heath issues in 2014, and had to be put to sleep. 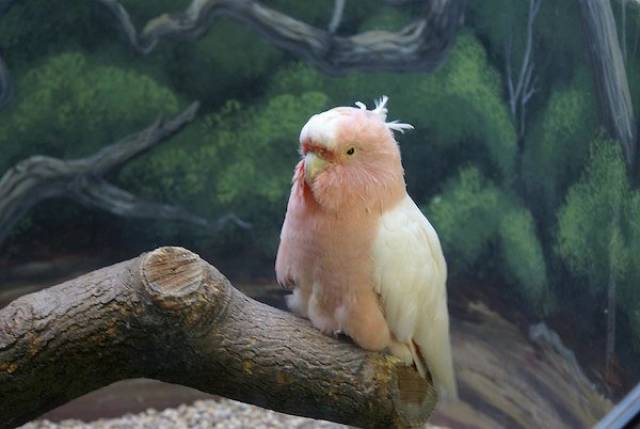 Cookie was born in 1933, and is listed in the Guinness Book of World Records, as the oldest living parrot in the world. He currently lives at the Brookfield Zoo near Chicago, where he just chills out all day, due to seeing it all before. This guy is thought to be the oldest condor in captivity. He lived at Connecticut’s Beardsley Zoo until 2010, when he passed away. Most condors don’t live longer than 50 years, so this guy’s extra 30 are nothing to ruffle your feathers at. 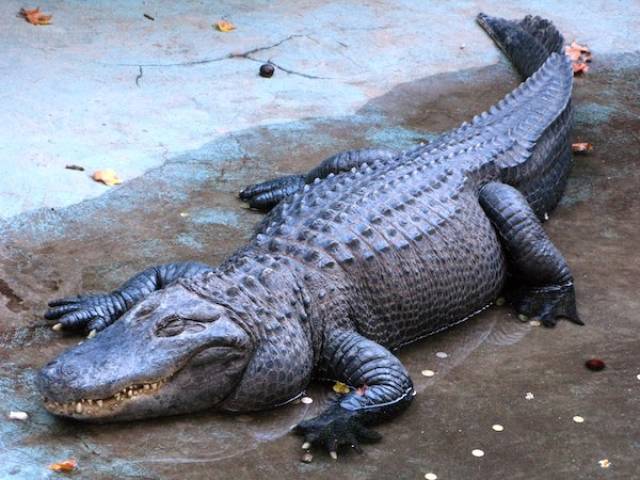 Muja’s an American alligator living at the Belgrade Zoo in Serbia, and at 80 years old, is assumed to be the oldest alligator in the world. His actual age is a mystery, as he arrived at the zoo in 1936 already fully grown. Surviving the destruction of the zoo in WWII and the NATO bombings in 1999, he’s still trucking along.

In 2012, he had to have his legs partially amputated, due to gangrene, but that hasn’t stopped him from being a badass. 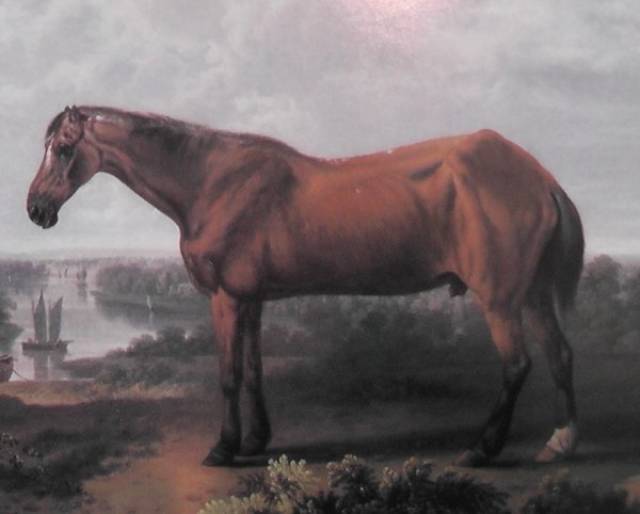 On average, a horses lifespan is between 25-30 years. Ol’ Billy was born in 1760 and worked as a barge horse. He died in 1822, and his taxidermied remains were spread across Manchester, England, in various museums. 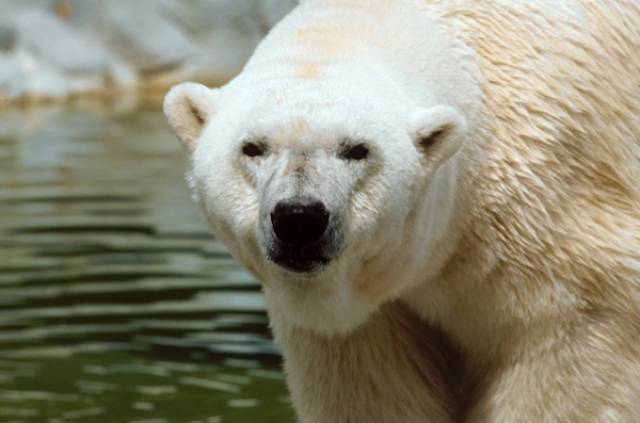 Living at the Assiniboine Park Zoo in Winnipeg, Canada, Debby came to the zoo as an orphaned cub in 1966. She’s been certified by Guinness as not only the oldest Polar Bear, but one of the three oldest individuals ever recorded out of all the bear species.

Unfortunately, in 2008 she was found to be incredibly ill and had to be put down. 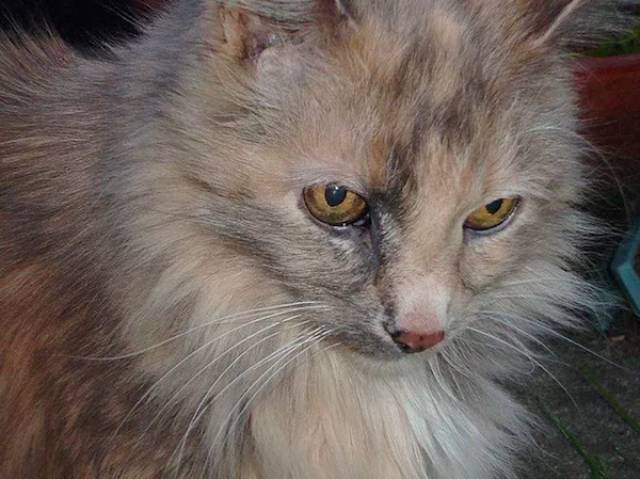 Hailing from Austin, Texas, she made it all the way to 38 years old, making it into the great book of Guinness. Apparently her secret was that she lived on a diet of bacon, eggs, asparagus and broccoli. Delicious. 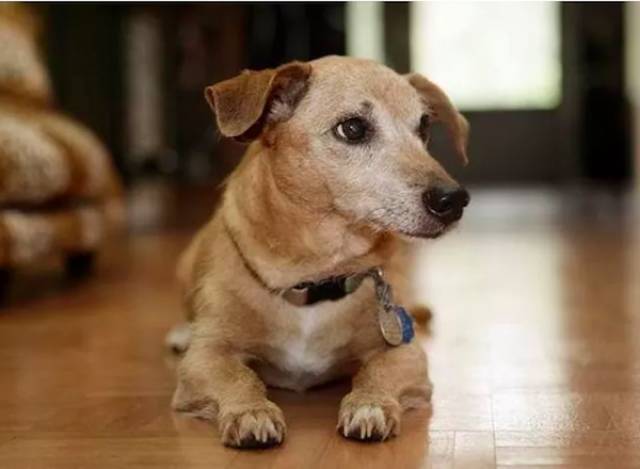 Max was a dachshund, beagle and terrier mix and was this close to seeing his 30th birthday. He passed away a few months before being the only dog to make it to 30 years old, and was set to get his name in the Guinness Book of World Records. 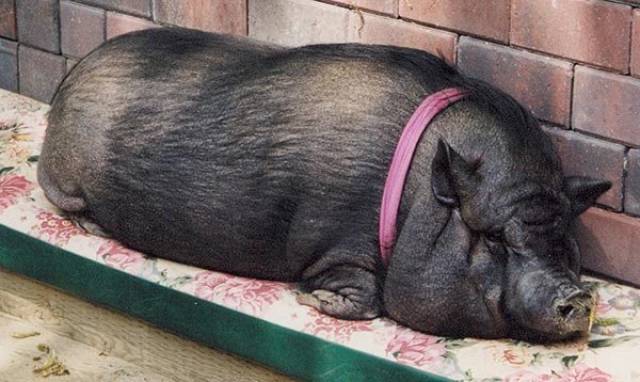 Ernestine was purchased by the King family in Calgary, Canada at 3 months. Expecting that he’d live 12 years, he’s currently doubled that. There’s no particular reason why he’s lived that long, but he’s currently healthy and well loved, making him the oldest pig ever.