Riddles To Keep Your Brain Fresh And Running (15 pics)

The answers are all at the end of the post. 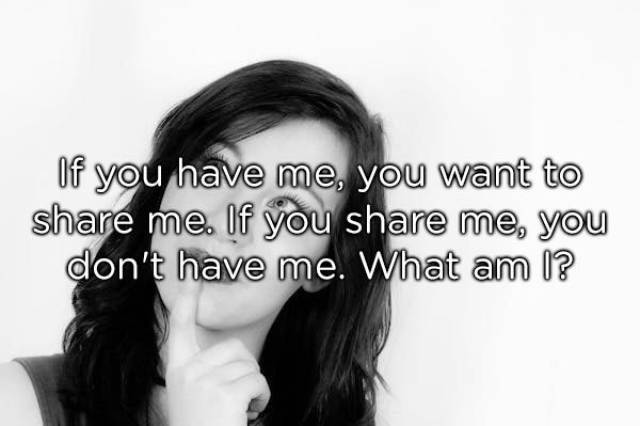 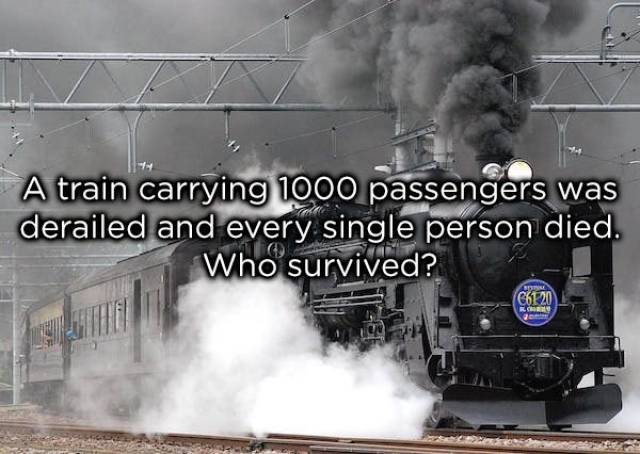 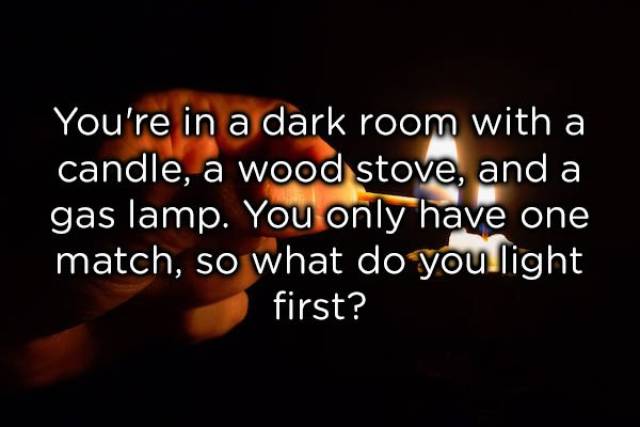 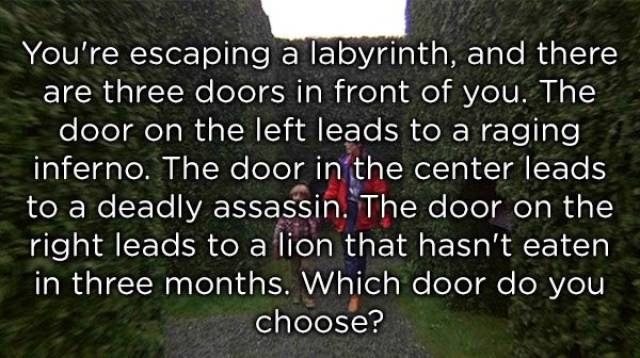 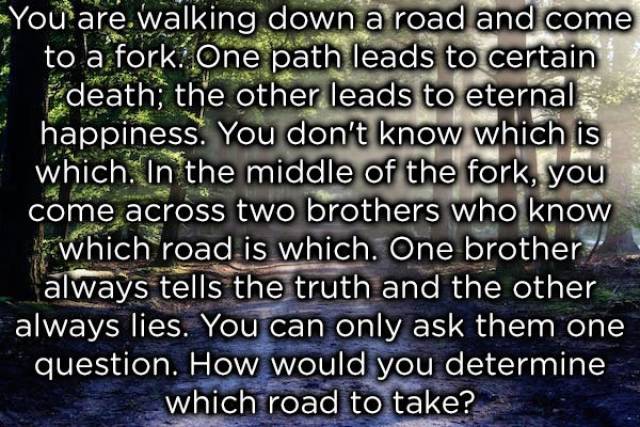 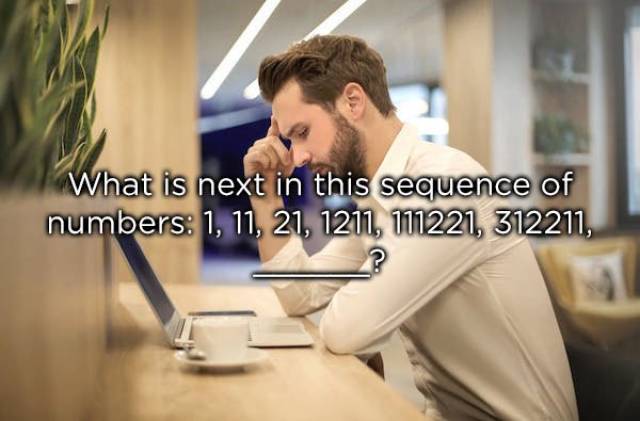 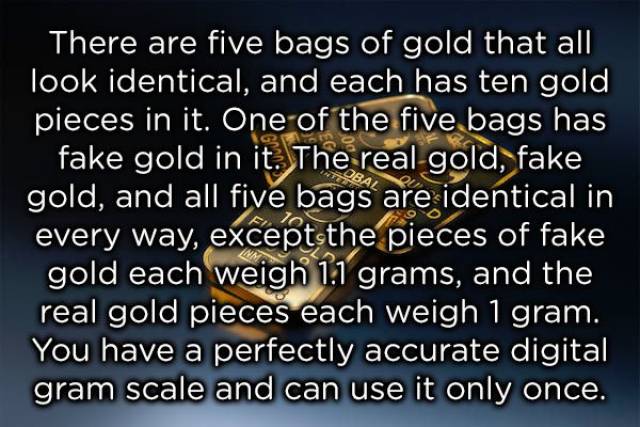 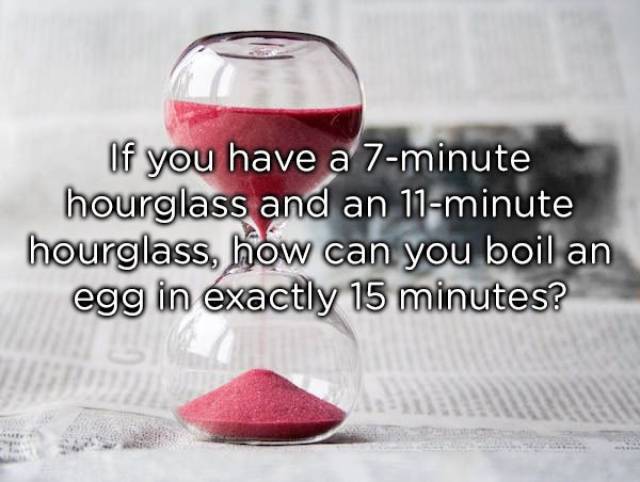 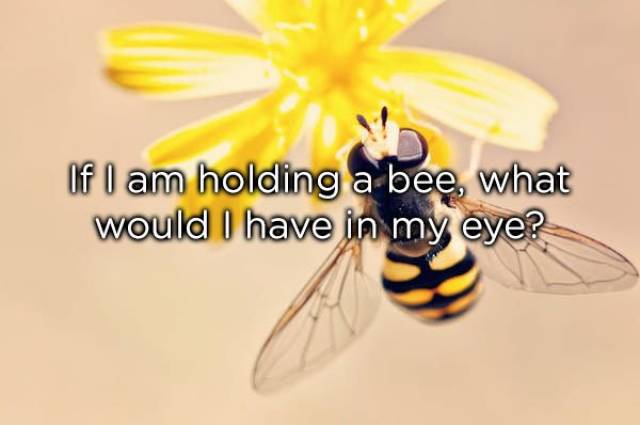 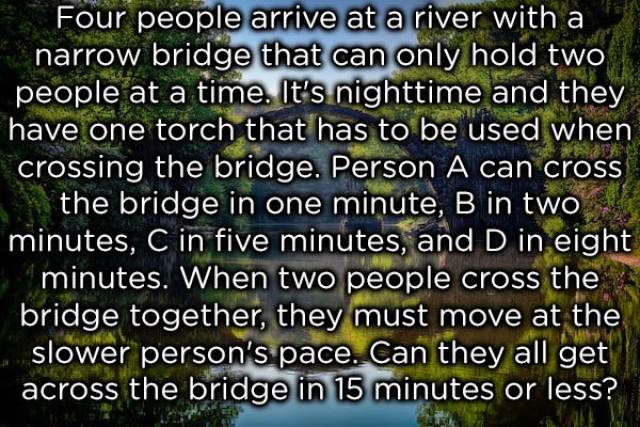 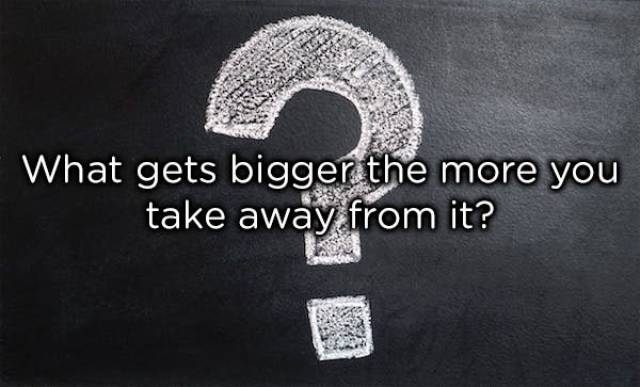 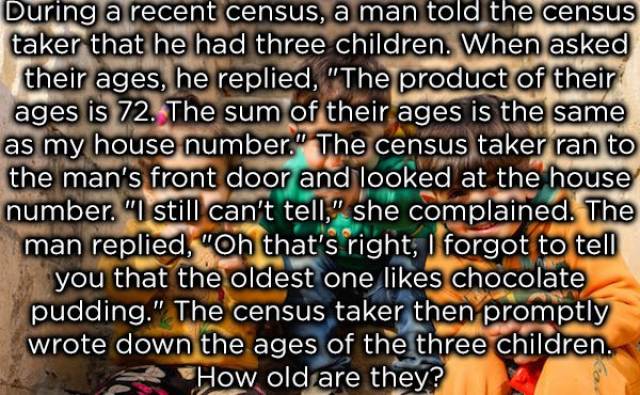 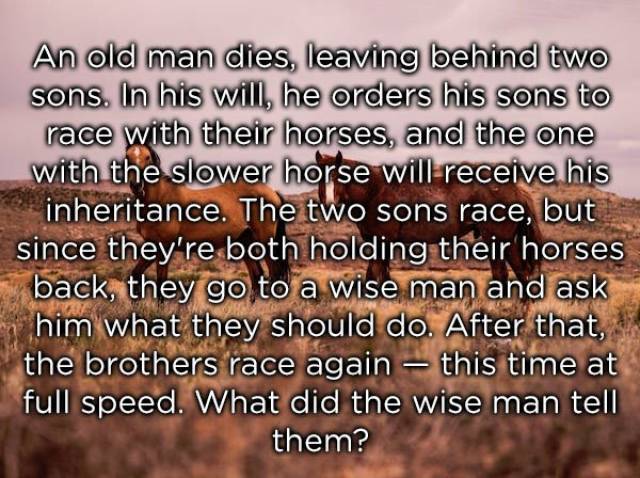 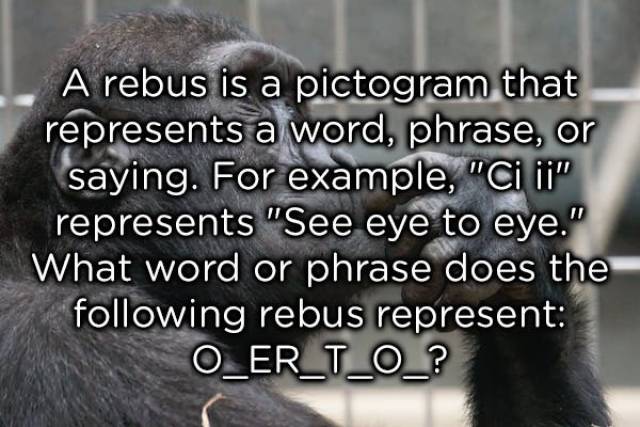 Feel dumb yet? No, that’s just me? Well here are the solutions, just to prove you were right.

4) The door on the right. The lion hasn’t eaten in three months, so it’s dead.

5) Ask each brother, “If you were your brother, which road would you say leads to eternal happiness?”

10) Beauty, because it’s in the eye of the bee-holder.

13) The three kids are 3,3, and 8-years-old.
The key to this brain teaser is that the census taker looks at the house number. In other words, she knows the sum of the children’s ages.

However, at that point of the riddle, she still can’t tell how old the man’s children are. Therefore, she has to be stuck between multiple possibilities. To narrow it down further, only two sets of numbers that multiply to 72 share the same sum: (2,6,6) and (3,3,8).

After the man reveals that his oldest child likes chocolate pudding, however, the census taker can differentiate between the two options. That is, only the latter of those two sets has a distinct “oldest” child.

ChrisR 1 year ago MARK AS SPAM
#9 Start both glasses. When the 7 runs out put the egg in the water. When the 11 runs out (after 4 more minutes) start the 11 again. When it runs out the egg is boiled for 15 minutes.
quoteReply