Star Wars: The Empire Strikes Back
1 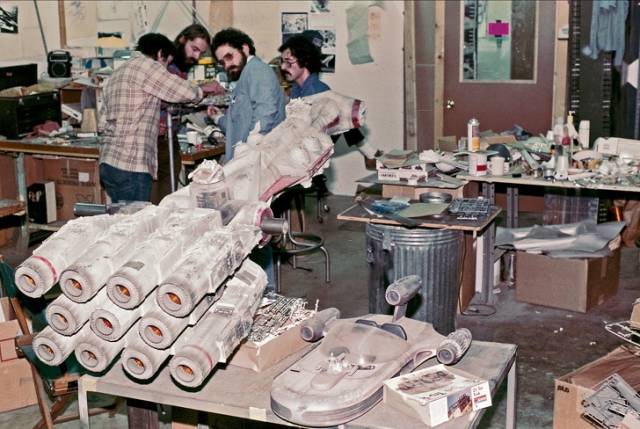 One of the reasons why the original Star Wars trilogy is still considered the best in the franchise by the majority of fans is that the movies were shot in real, fantastically built sets — not in front of a typical green screen. The production took place in Elstree Studios, London, where over 60 sets were built. 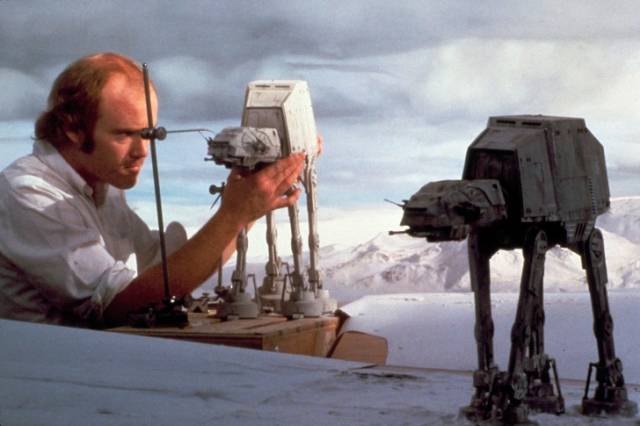 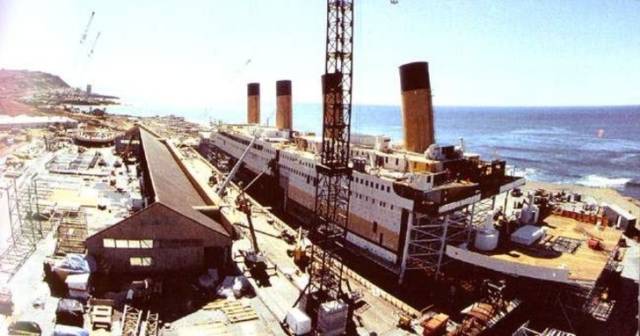 The legendary Titanic is known to be the most expensive movie ever made in the 20th century. Most of its budget was spent on production design — the famous ship, for example, was rebuilt in almost the exact same size as the original. 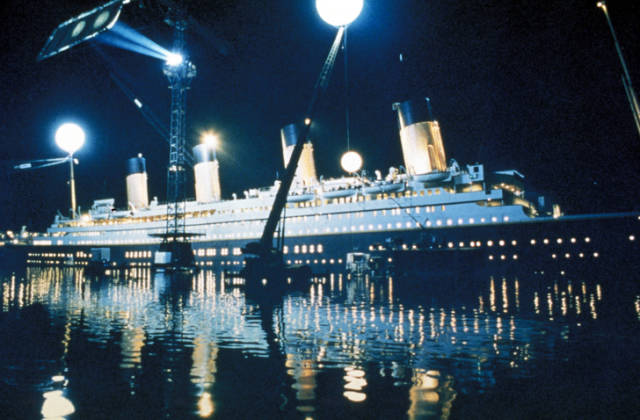 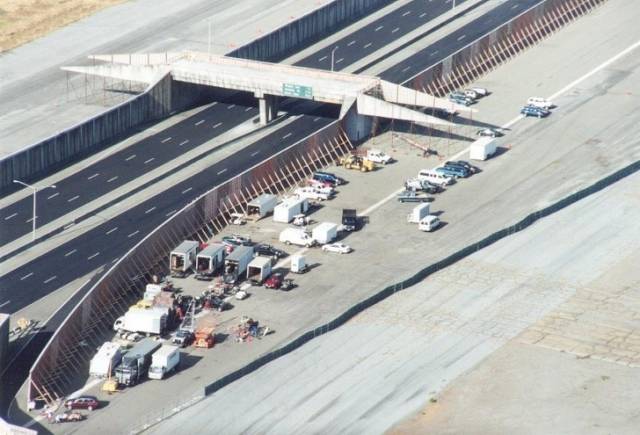 Do you remember the chasing scene in the second Matrix movie? It is, perhaps, one of the most lavish car-chase scenes in the history of cinematography. In order to shoot it, the studio built a mile-and-a-half-long fake highway in Alameda, California. Right after the shoot, the highway was destroyed.

The Lord of the Rings: The Two Towers
6 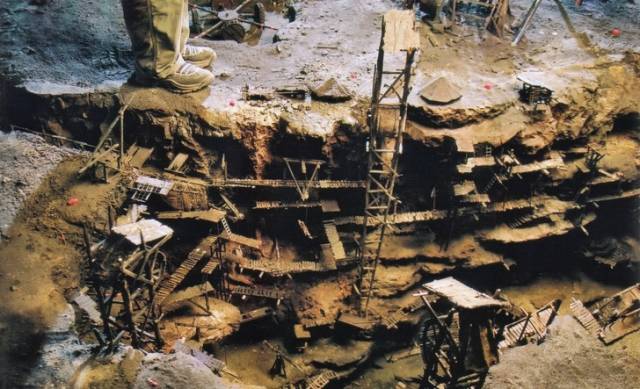 The Lord of the Rings trilogy is considered to be one of the best in its genre. It took more than 1000 days for the crew who was working on miniatures to build all of the sets. Altogether, the Weta Workshop, which was responsible for the set production for the trilogy, built 72 large miniatures, including the 1:4 scale Helm’s Deep.

The Hobbit: An Unexpected Journey
7 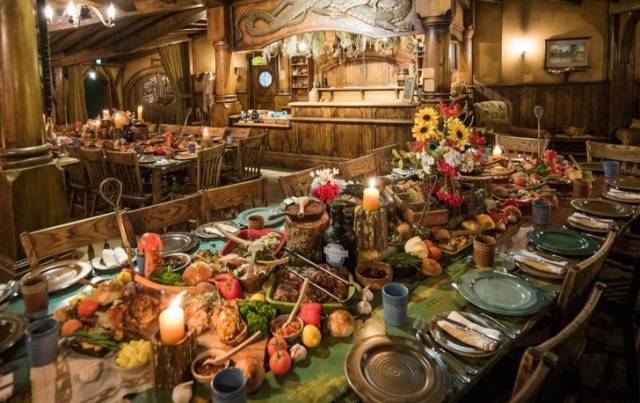 For the Lord of the Rings prequel, The Hobbit, an 8-acre production facility with more than 100 sets was built in New Zealand. 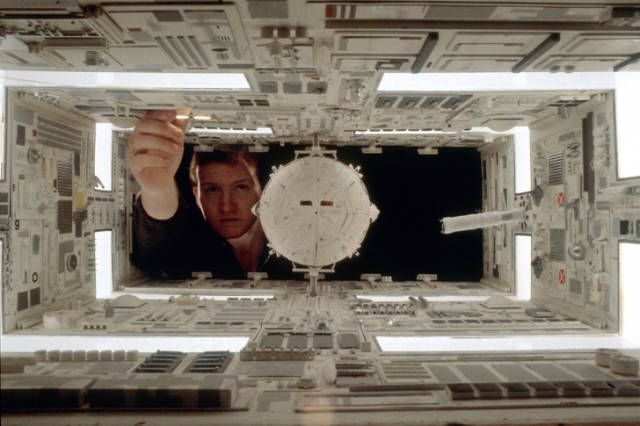 Stanley Kubrick’s masterpiece was released in 1968 before the era of digital effects. It’s hard to believe this when you’re watching the movie — the visual effects of A Space Odyssey are still very impressive. In order to make this possible, Kubrick and his team developed special filming techniques like slit-scan shots. For the famous centrifuge scenes, they created a massive spinning set and used rotating cameras to give the illusion of zero gravity. The result was incredible! 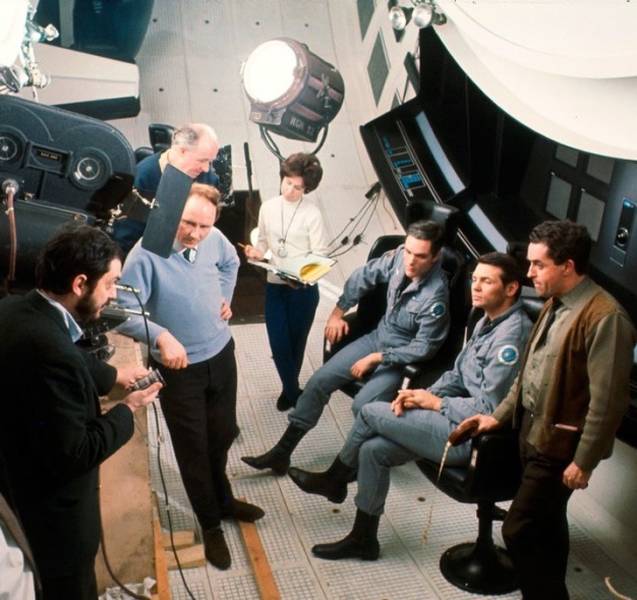 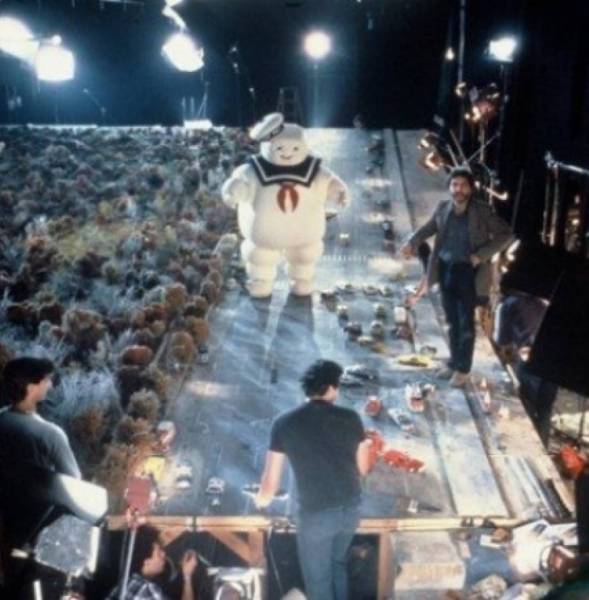 The original Ghostbusters was one of the first comedies that used visual effects. John DeCuir, who was responsible for the production design of the movie, was previously nominated for an Oscar 11 times, so he took the work very seriously. He designed several foam core mockups for the film, including the models of several buildings and a life-size Marshmallow Man. 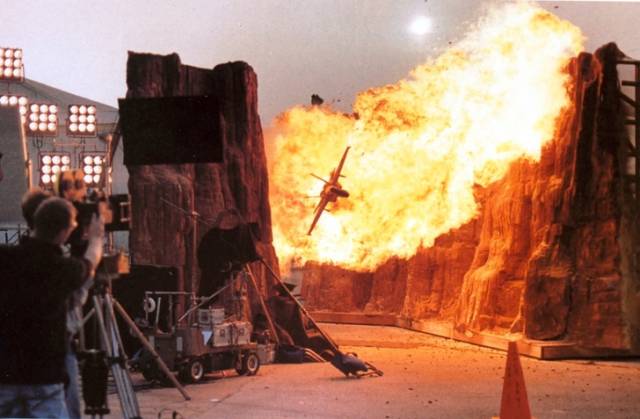 The Independence Day movie was filmed at the edge of the digital revolution. 95% of it was shot with the help of motion-control cameras and miniatures. For the White House destruction scene, a 5-ft high, 15-ft version was built. 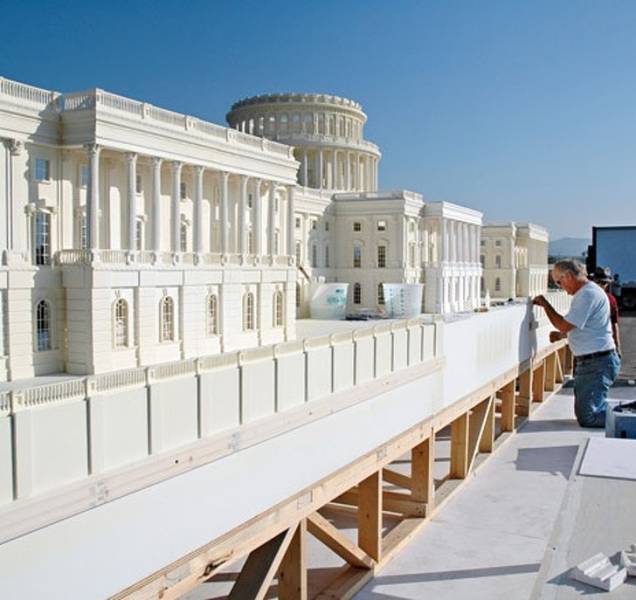 Back to the Future Part III
13 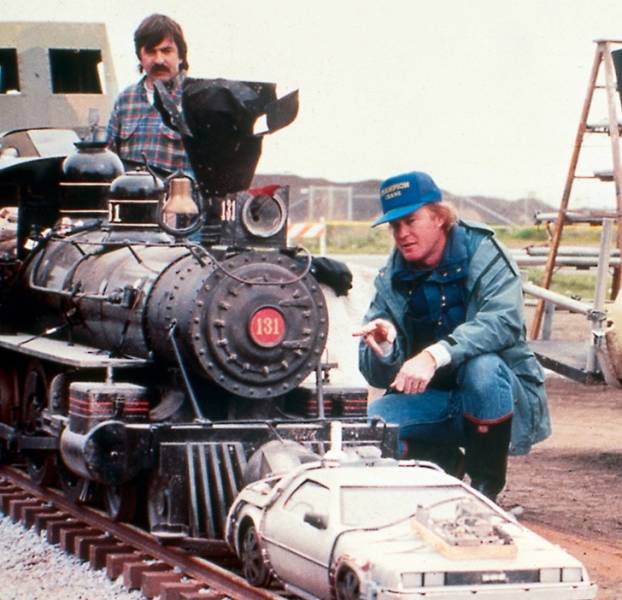 Every movie-lover has most likely heard of Robert Zemeckis’ Back to the Future. The movie was both a commercial and critical success. Most of its popularity is due to the marvelous production design that portrayed 4 different time periods over the course of the trilogy: the ’80s, the ’50s, the futuristic ’00s and the past year of 1885. 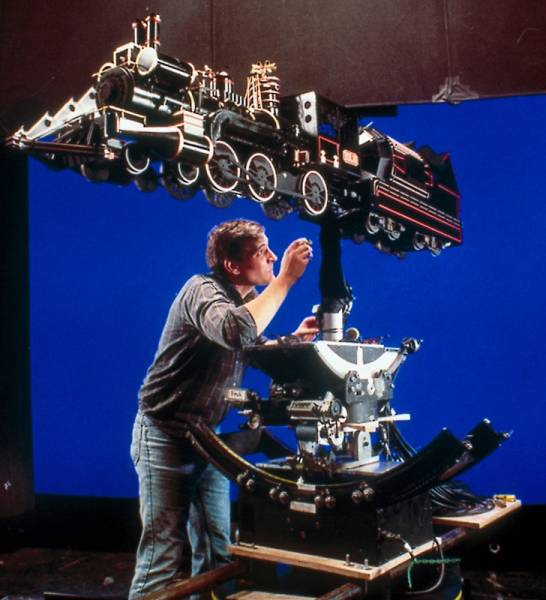 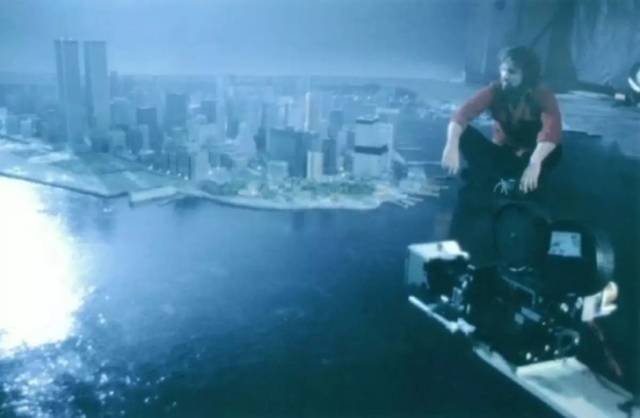 Escape From New York is a post-apocalyptic science-fiction movie that is considered one of the best in its genre. The action in the film takes place in the burned down, ruined New York City, where the formerly luxurious Manhattan Island has turned into a maximum-security prison. The filming took place in East St. Louis which was damaged after the 1976 fire. In order to make it look like New York though, a lot of miniatures and mockups of actual New York buildings were created for the movie. 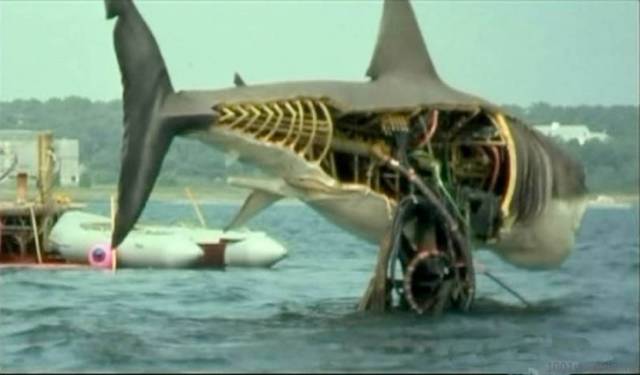 The most terrifying movie of its generation, Steven Spielberg’s Jaws found huge success due to many factors. One of them was the giant mechanical shark that was built for the movie. This shark became so dear to the crew, that they even gave it a name, Bruce, after Spielberg’s lawyer. Bruce the shark is still so popular, he even has his own Facebook page! 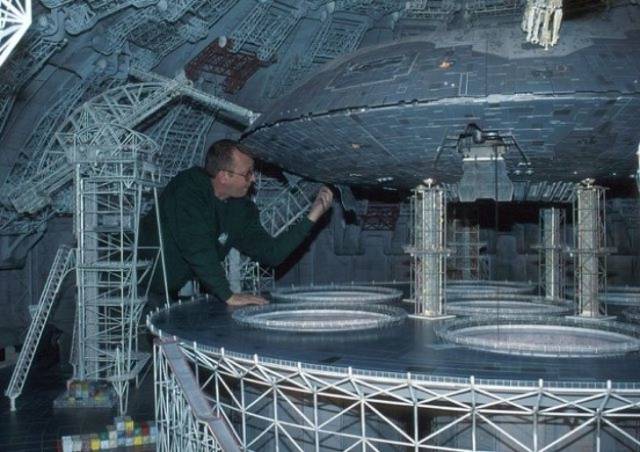 This year, Netflix rebooted the original 1968 TV series, Lost in Space. Before that, in 1998, New Line Cinema released a movie based on the same TV series. While that version of the movie got generally negative reviews from critics, it was a commercial success, mainly due to the film’s practical effects.

Pirates of the Caribbean: Dead Men Tell No Tales
18 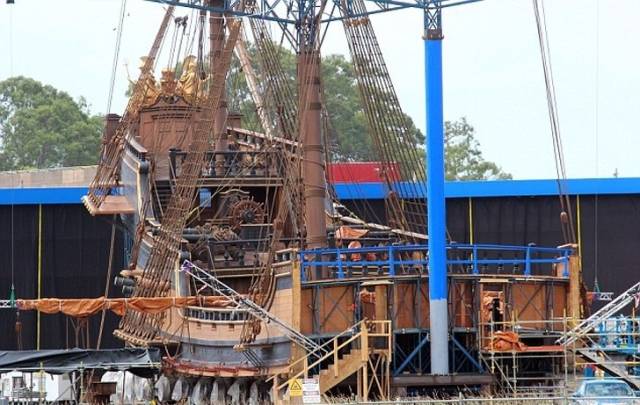 Pirates of the Caribbean movies always surprise us with their use of the latest visual effect technology, enchanting CGI work, and intricate movie sets. And the latest film of the franchise, Dead Men Tell No Tales, is no exception. Just look at this amazing life-size Black Pearl ship that was built for the movie! 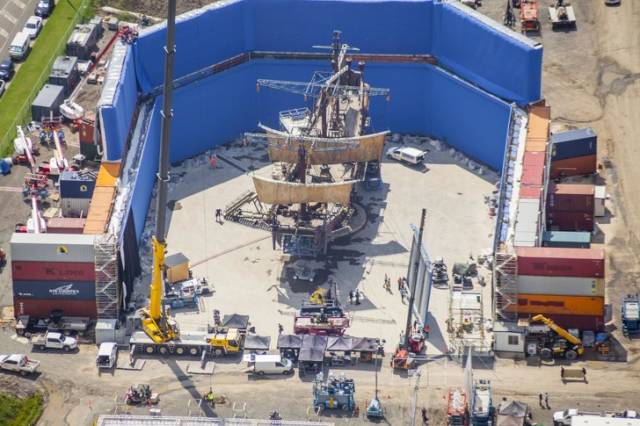 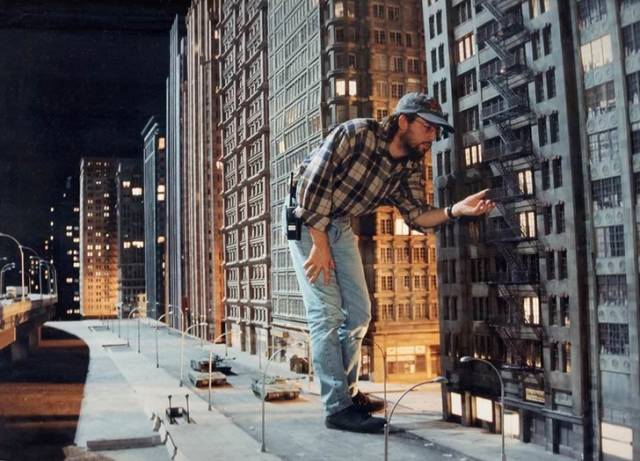 1998’s Godzilla is a good example of what happens when you combine digital special effects with more traditional practical effects. About 20 mockups of different New York skyscrapers were built for the movie — some of them were 20 feet tall! 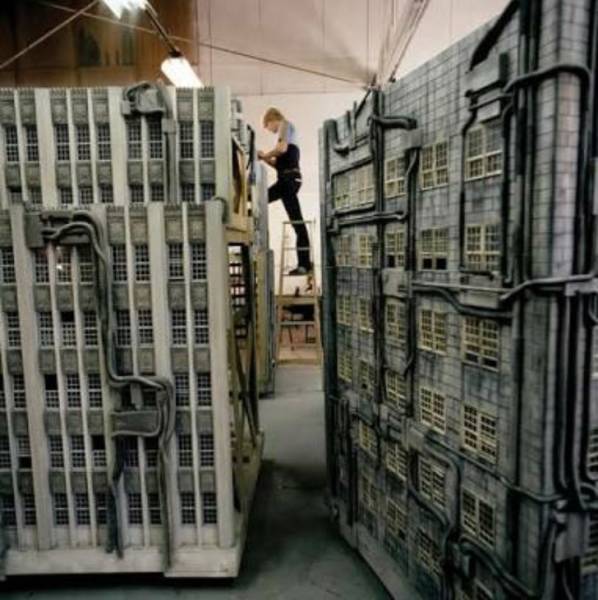 Denis Villeneuve’s Blade Runner 2049 is a decent sequel to Ridley Scott’s original Blade Runner. Not only is the cast is amazing in the movie, the special effects are stunning. Much of the effects in the futuristic Los Angeles were accomplished not by the use of CGI, but rather with the help of many amazingly intricate miniatures. To create the realistic look of the city, the practical effects team created 37 buildings at a scale of 1:48. 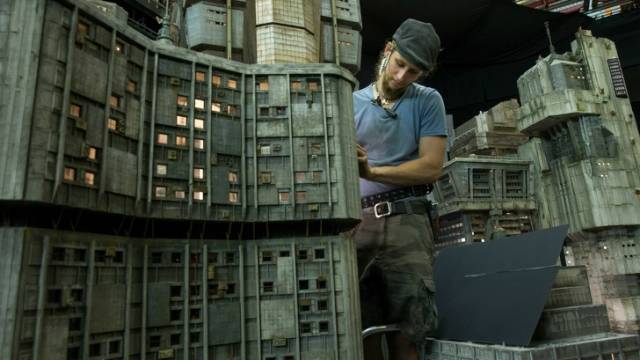 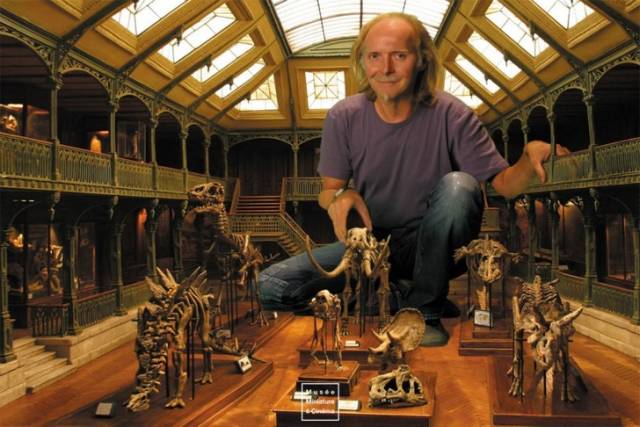 Although you can rarely see miniatures in today’s movies, you can see many of them in the Museum of Miniatures and Cinematography in France. It’s a unique museum that holds a large collection of miniatures built for many iconic movies such as Jurassic Park, Alien, and many others. Isn’t it a beautiful way to preserve such an important part of cinematic history? 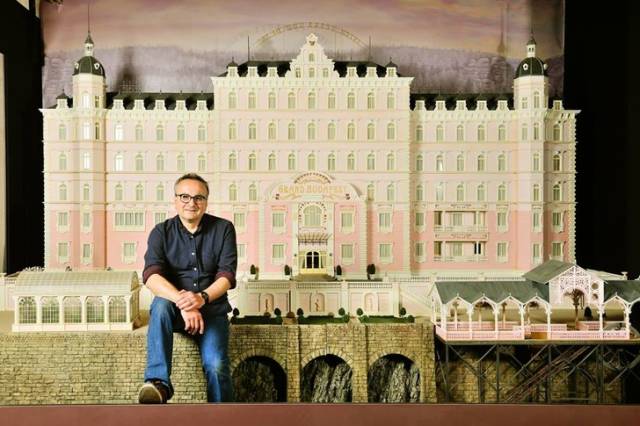 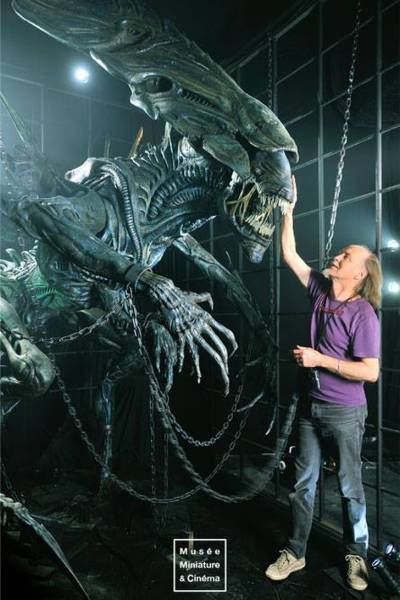