This phenomenon is known as Kelvin-Helmholtz instability. It is common in mountainous areas where the strong winds meet rockscape forming these fantastic cloud shapes.

Is it a dark mark from Harry Potter? 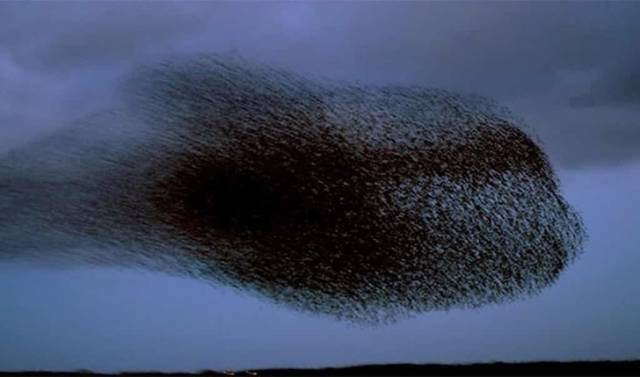 Black sun sounds really creepy but in fact, it is nothing unusual — it’s simply a migration of thousands of black starlings that can be seen in spring in the sky above Denmark.

When Mad Max becomes a reality: 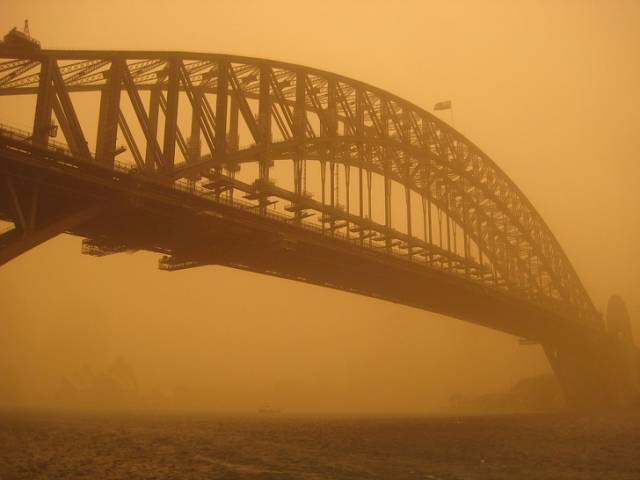 You can play tic-tac-toe on this ocean’s surface. 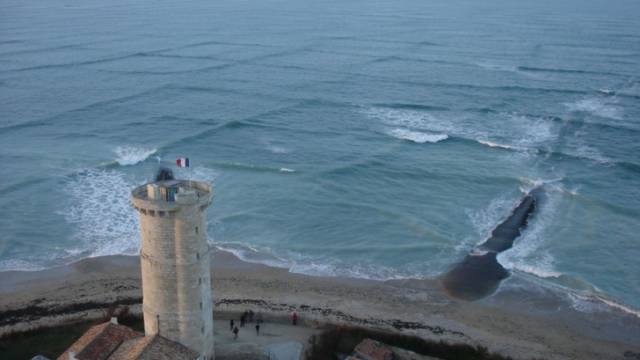 The phenomenon known as a cross swell isn’t as mysterious as it seems. Usually, it occurs when waves from 2 different places meet, and they move at angles that are close to 90 degrees apart. It is more common in the open ocean than it is closer to the shore.

Everything changed when the fire nation attacked. 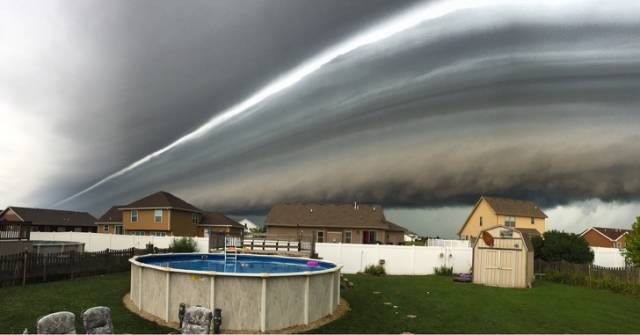 In the photo above you can see a phenomenon known as a shelf cloud. This low, horizontal, arcus-type cloud is one of the main features of spring or summer thunderstorms in some areas. 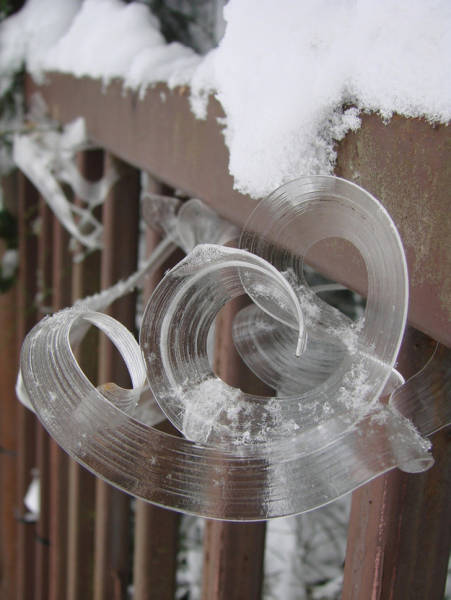 These ice ribbons form on hollow structures like dead plant stems or metal fences as water vapor seeps out of the fence and freezes.

These ants forming a question mark 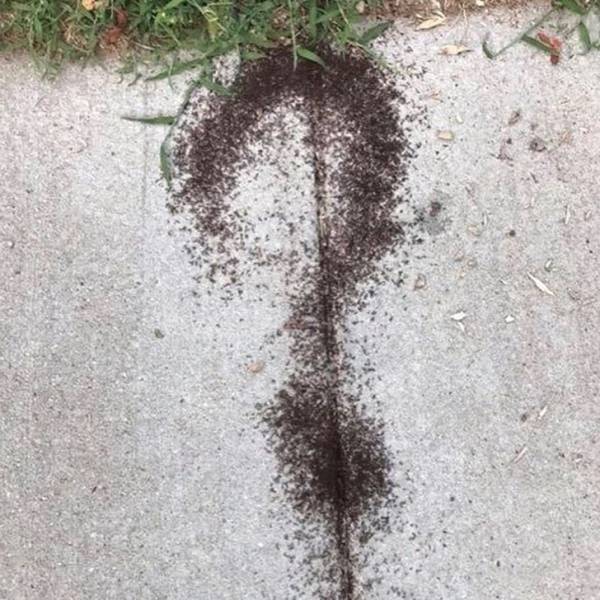 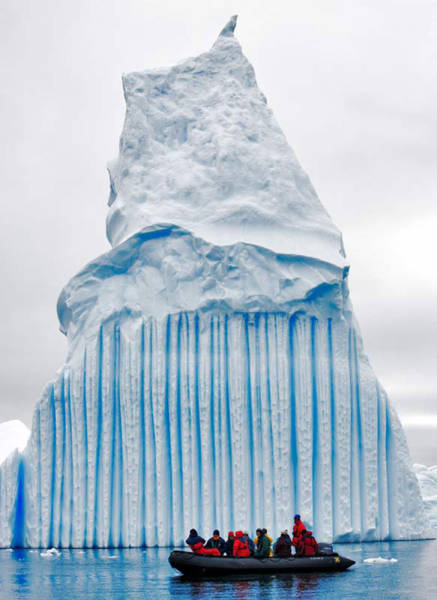 Icebergs with stripes are not unusual in the Antarctic area. They are formed by snow layers reacting to various conditions. For example, the blue stripes from the photo above were created when the crevices in the ice filled up with melted water that froze very quickly. 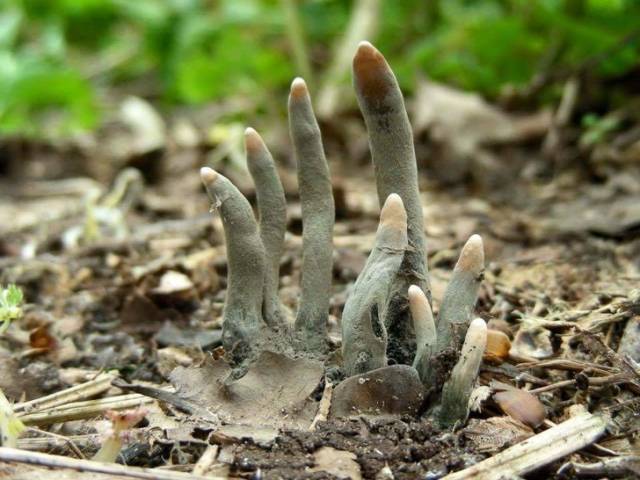 This fungus definitely lives up to its name. It’s an extremely rare phenomenon! 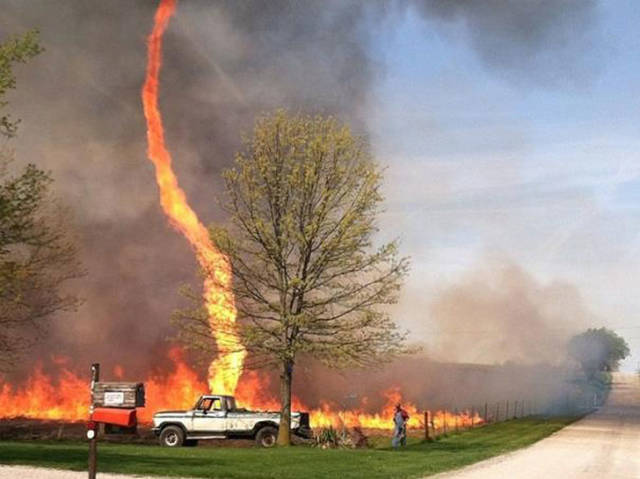 As a rule, tornado-like fire whirls occur when extreme heat combines with strong winds creating a vortex of flames.

Round rainbows or halos 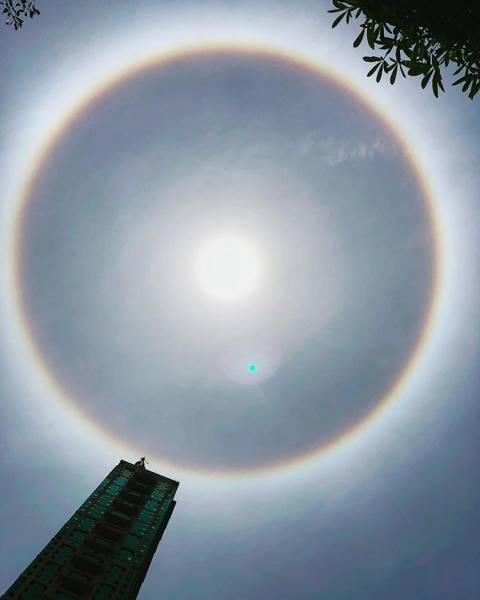 Halos occur around the sun and are caused by ice crystals in the atmosphere being refracted by the sun’s rays. Sometimes halos appear around the moon, big stars and even planets! The sunset rays enter the cave and light up the ice, making it look like amber. 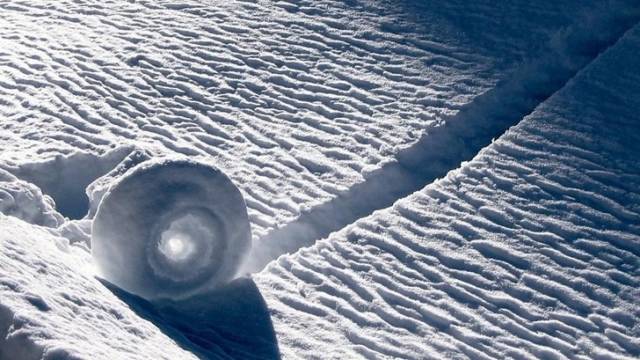 A snow roller is a rare phenomenon in which donut-shaped rolls of snow are formed by wind. Unlike common snowballs, snow rollers are hollow on the inside which is caused by weak, thin structures of first-to-form inside layers. These layers are easily hollowed out by the wind. 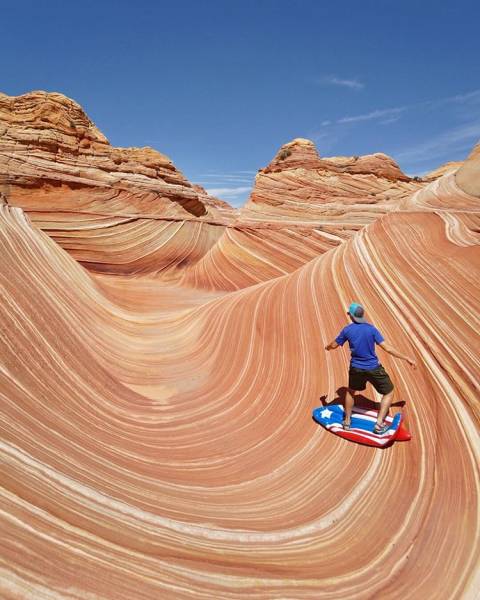 The Wave is one of those places in the world that makes you feel like you’re on another planet! A great variety of earth tones and weird, gravity-defying rock formations cannot be of this world. 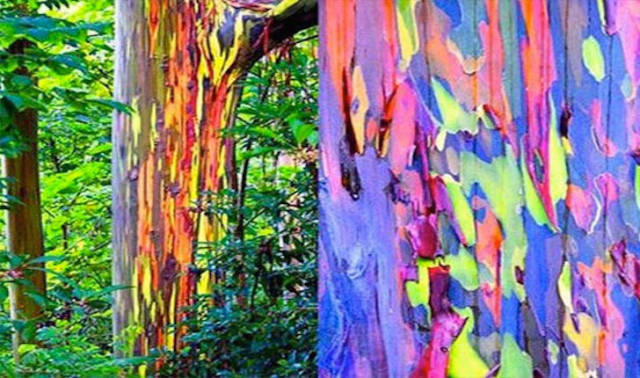 Rainbow eucalyptus trees are found mostly in the Pacific Islands, and its unique coloration happens when outer layers of the bark peel away, giving way to brightly colored inner layers that begin with brown and green, then darken and mature to more unnatural tones. 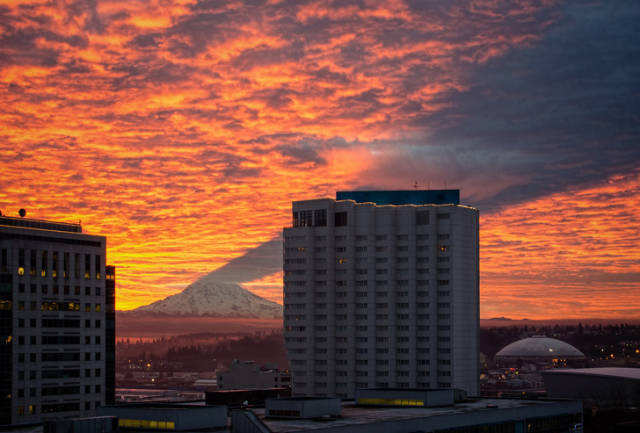 This fantastic phenomenon occurs only in winter when the sun rises further to the south in such a way that Mount Rainier blocks the early morning sun’s rays. 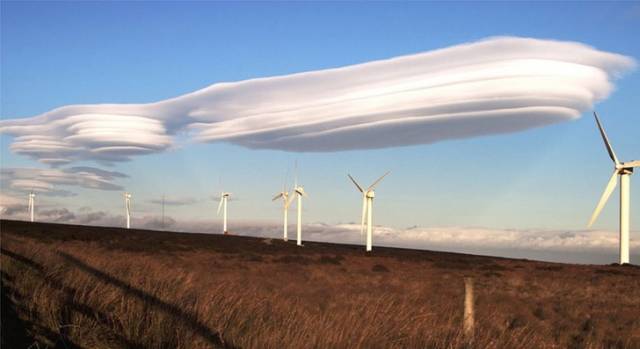 Usually, lenticular clouds occur in mountainous areas and appear and disappear relatively quickly. Such unique clouds can appear to be stationary, but in fact, they are in a streaming flow of wind and moisture.

The confluence of Rhône and Arve Rivers 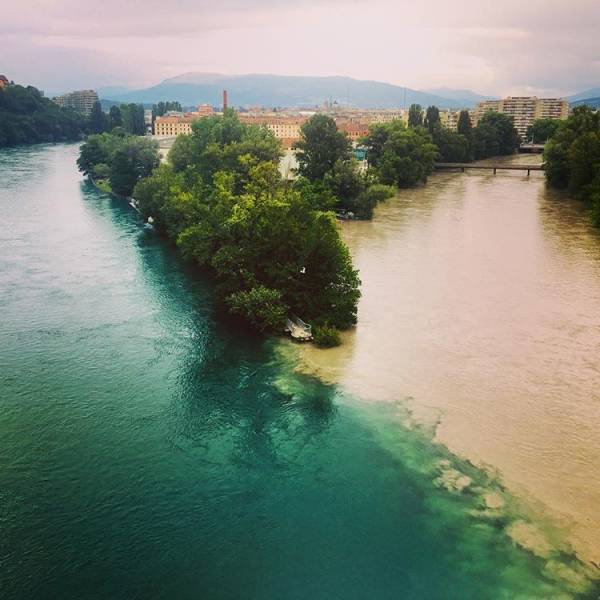 There is a place in Switzerland where the rivers Rhône and Arve meet, which creates a stunning natural phenomenon. The rivers’ waters are completely different colors and when joined, it turns into the one final river, Rhône.