Things Rich People Are Eating While Traveling By Plane (26 pics)

Let's be real, most plane food is nasty. 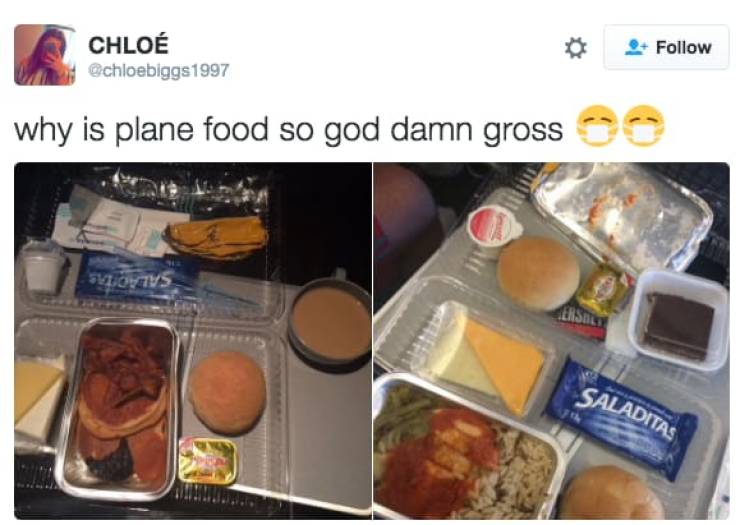 And if it isn't nasty, it isn't much. 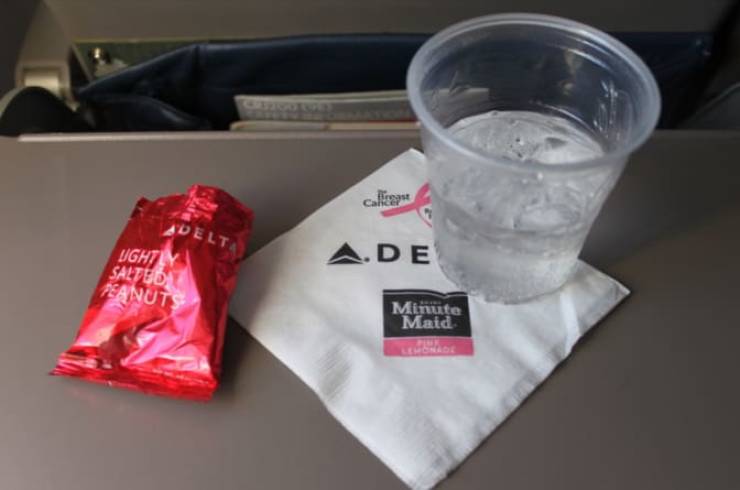 But what if I told you all plane food isn't terrible unidentifiable mush? 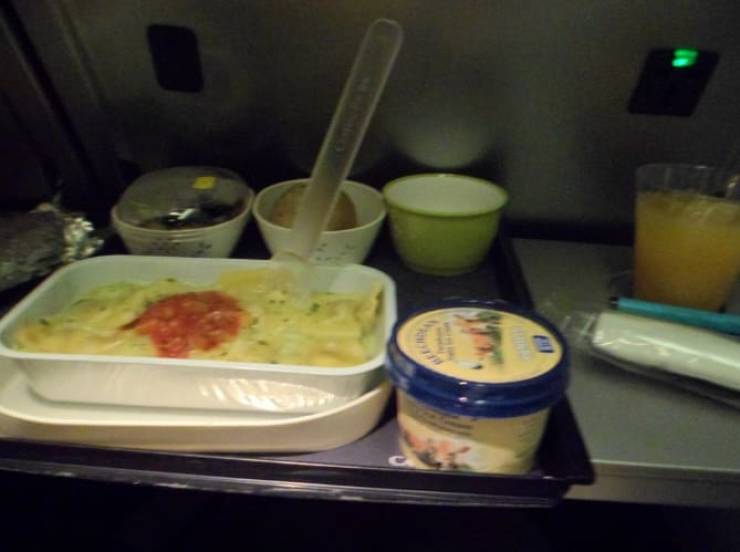 Presenting to you: 21 airline meals that will make your food look like garbage.

This is breakfast in first class on an Emirates Airlines flight: 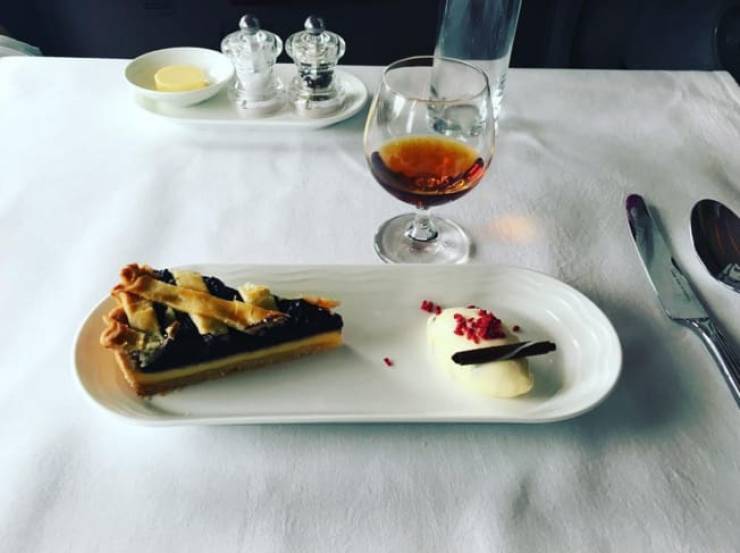 This is custard and berry lattice tart with passion fruit cream plus Quinta do Portal 40-year-old port. (I don't even know what 1/2 those words actually mean.)

This person even got a dang cake as a "welcome" on their first class Emirates Air flight: 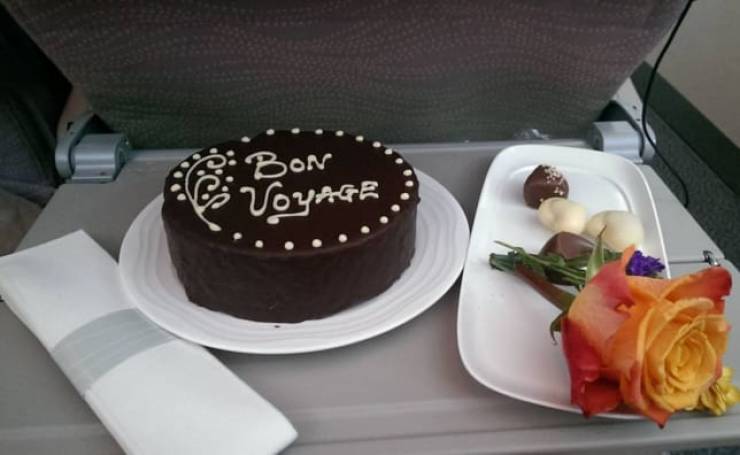 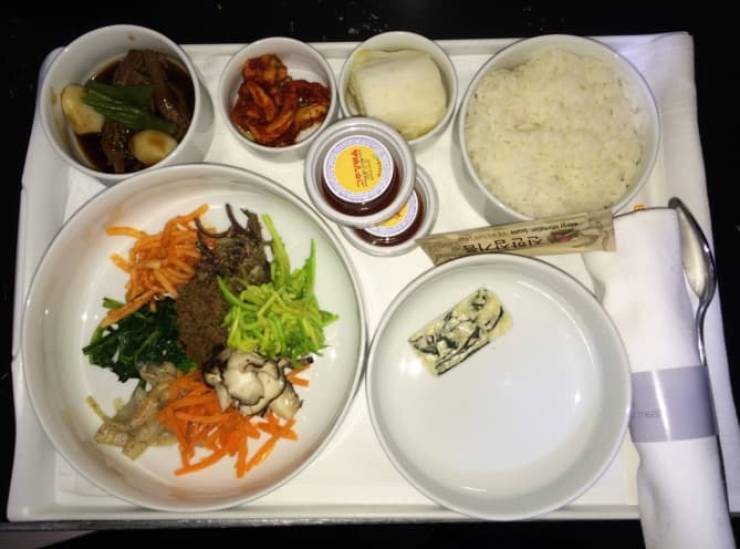 This is a Finn Air business class dinner: 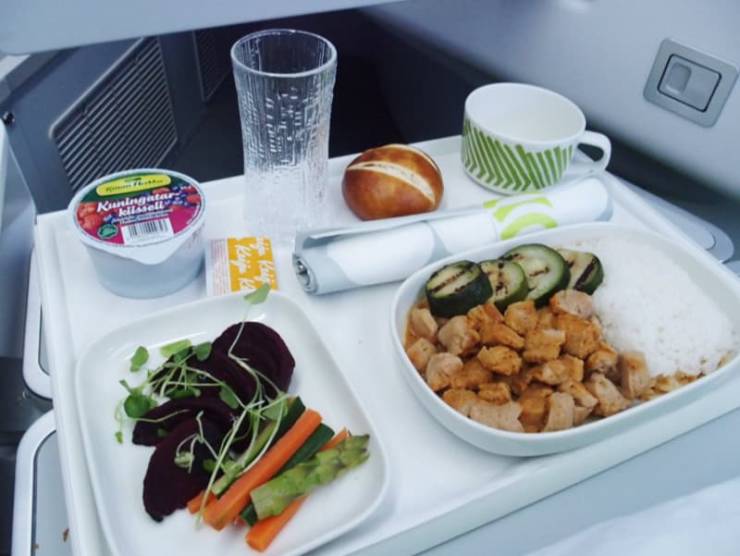 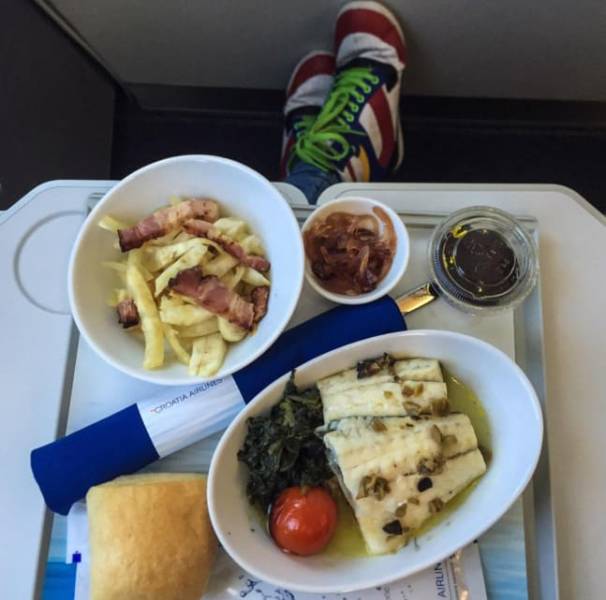 Traditional Dalmatian (an island, not a dog lol) meal. 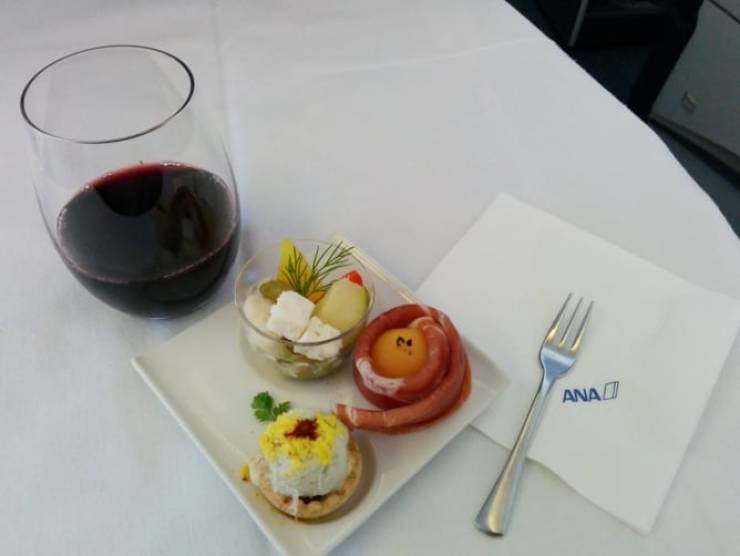 I think this is a dessert and I don't know what airline it's on but look at that presentation! 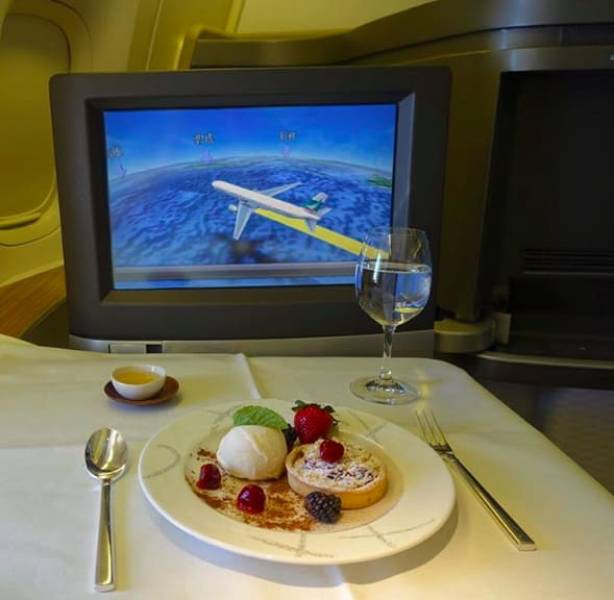 No idea what this is either... but it looks like something really rich + fancy: 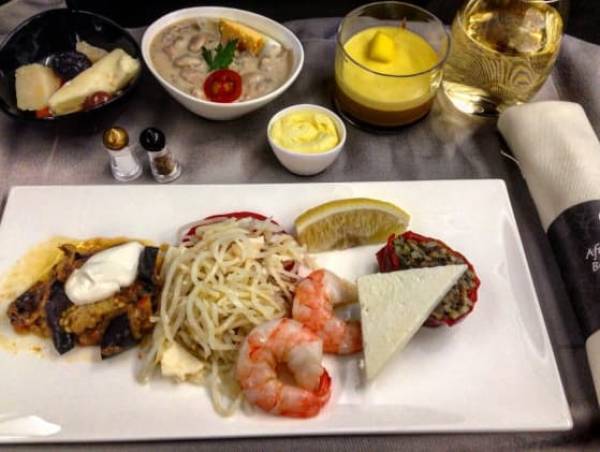 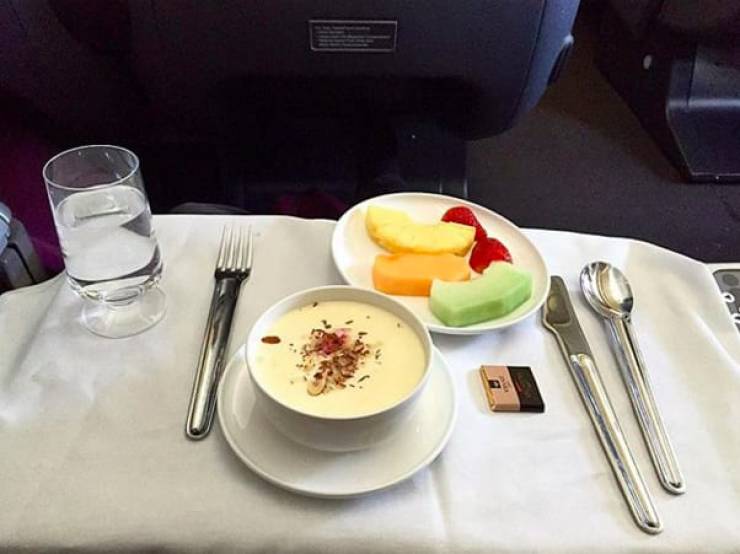 Look at all these little bowls! 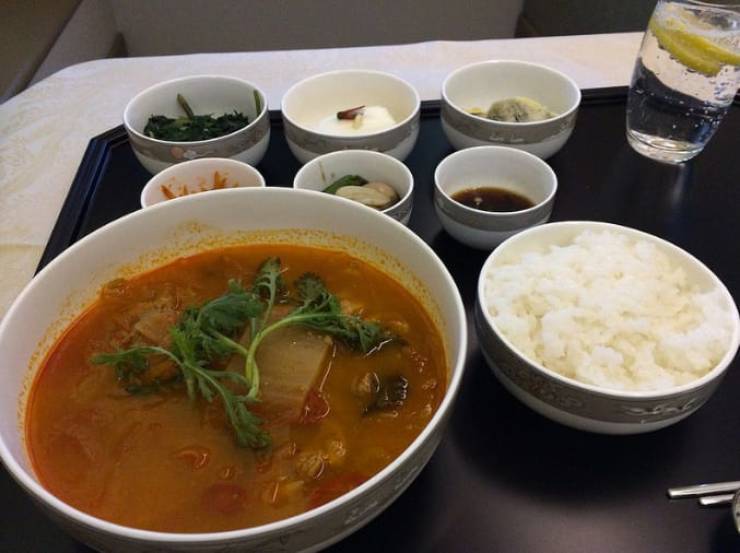 This is a wagyu sirloin (no idea what that is) with peppercorn sauce on another first class Asiana Airlines flight: 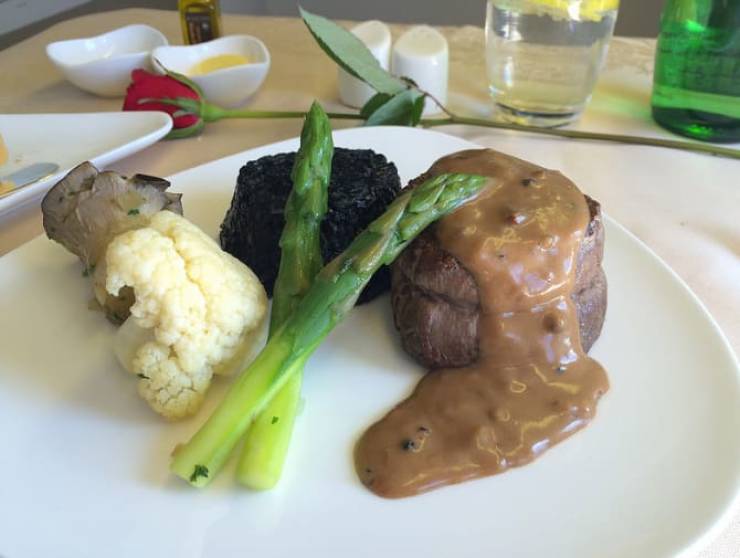 Here's a meal on a first class Air France flight: 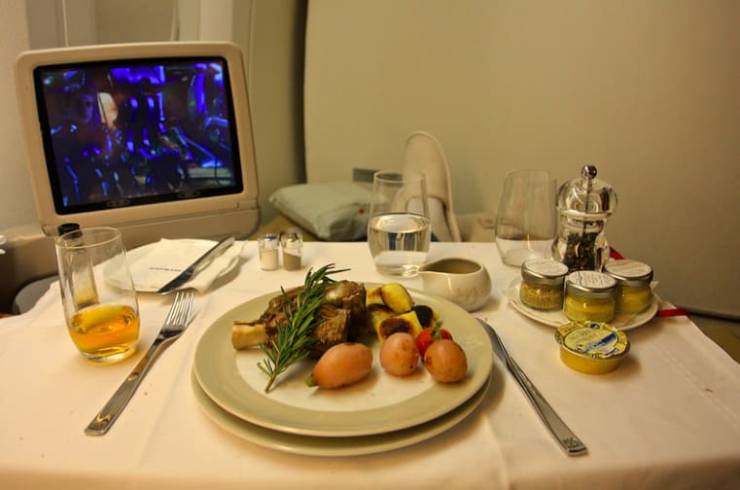 This is some fancy lobster thing on a Qantas Airlines flight: These big ole' shrimp are an HORS D'OEUVRE in business class on a Lufthansa flight: 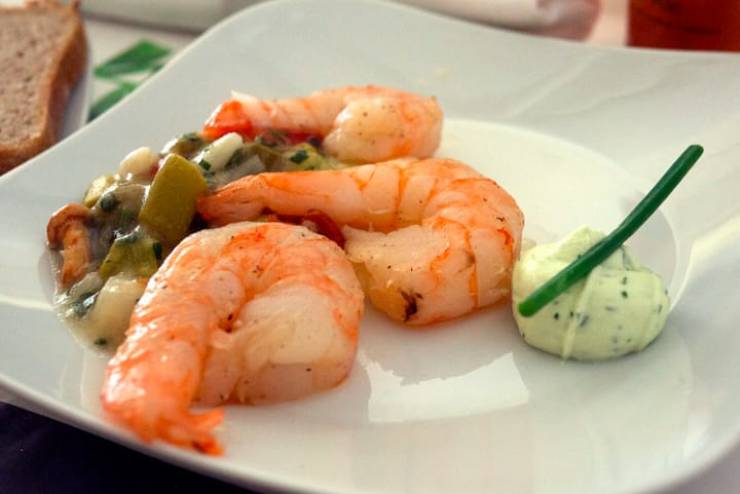 This is someone drinking Dom, eating caviar, and watching "Kung Fu Panda" in first class on an Emirates flight: 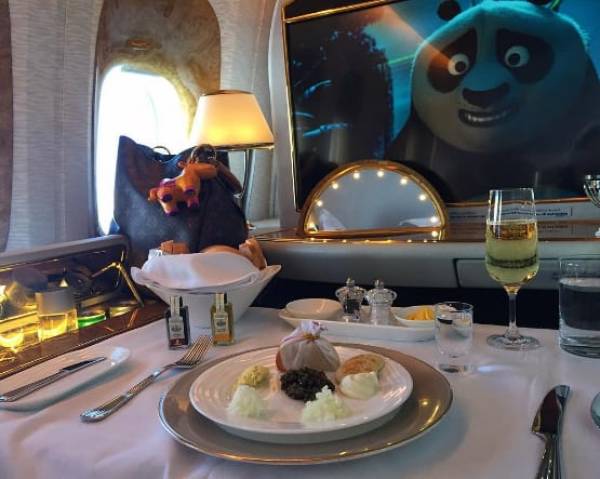 Here's some beautifully piped deviled eggs in first class on a United flight: 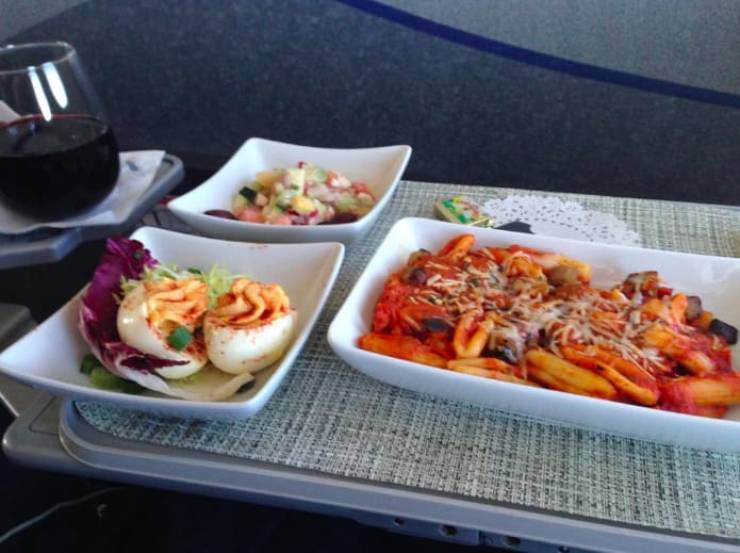 Look at how cheesy gooey (in a good way) that pasta is in first class on a Delta flight: 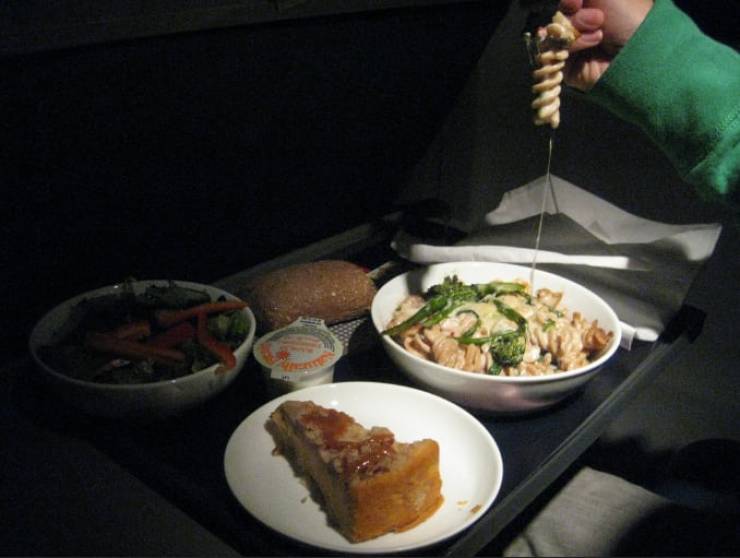 Here's a picture of the most fanciest toasted bagel in first class on a Cathay Pacific airlines flight: 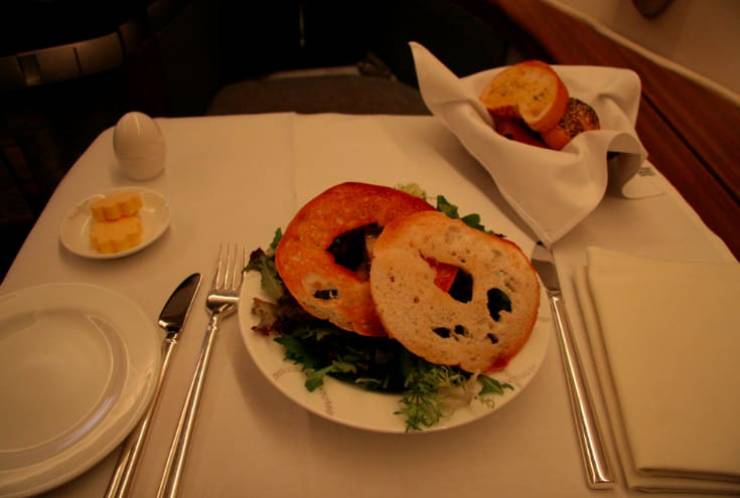 This flaw-free mezzeh plate was served in first class on an Emirates flight: 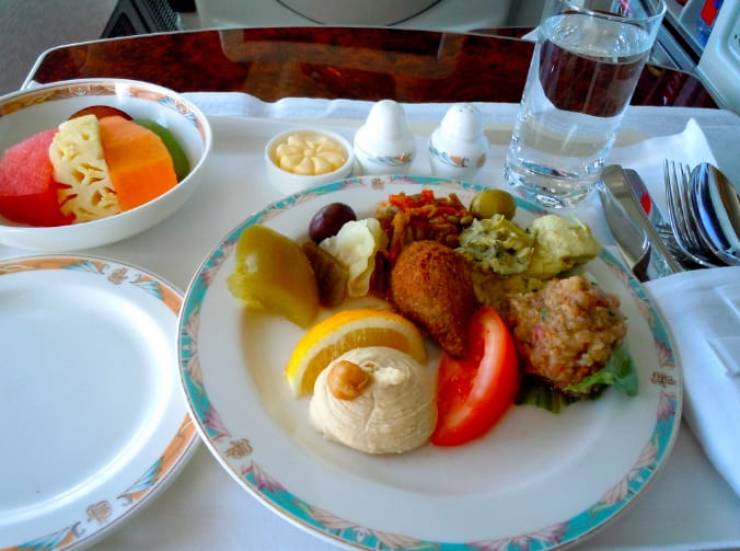 This was served in first class on AN HOUR-LONG Qatar Airlines flight. 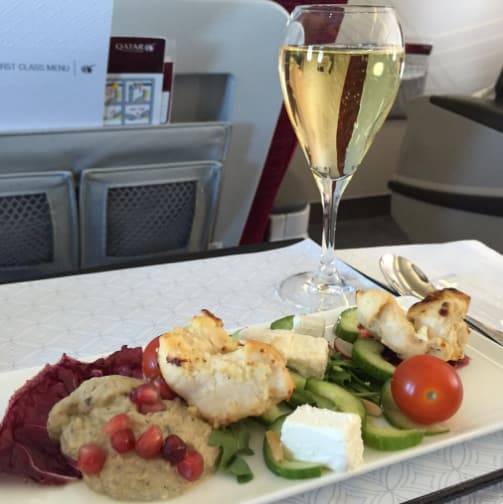 Last but not least, a cheese plate in first class on an Asiana Airlines flight. This looks good and all, but the real thing here is the shapes of those plates. 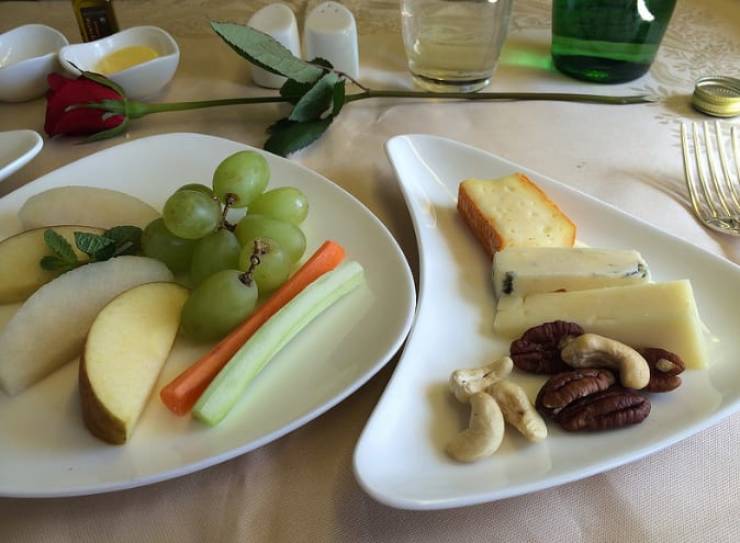 Sniper 2 year s ago
well thats because the nice meals are being extremely overpriced for it's value. and second they dont take food stamps on planes... and last you can bring your own damn food on the planes now. if you eat airplane garbage, it's your choice.
Reply
1

Unknown 2 year s ago
Are you sure ?

salamoon 2 year s ago
why is plane food so god damn gross?

because you get what you pay for. if you want better food, buy a business or first.
Reply
0

Limited 2 year s ago
That dessert that you are not sure of is on Cathay Pacific. Look at the tail of the airplane on the screen.
Reply